Horseshoe Tavern is one of the few bars with the distinction of having the words “The Legendary” come before its name, otherwise known colloquially as Horseshoe or The Shoe. Open since 1947, it’s one of the oldest bars in Toronto with a storied history.

First off, be prepared when visiting this bar: you definitely need your ID (mine was still checked though I’m over 25), and large bags and backpacks will be checked, so don’t go thinking you can bring along that extra booze from the pre-party. 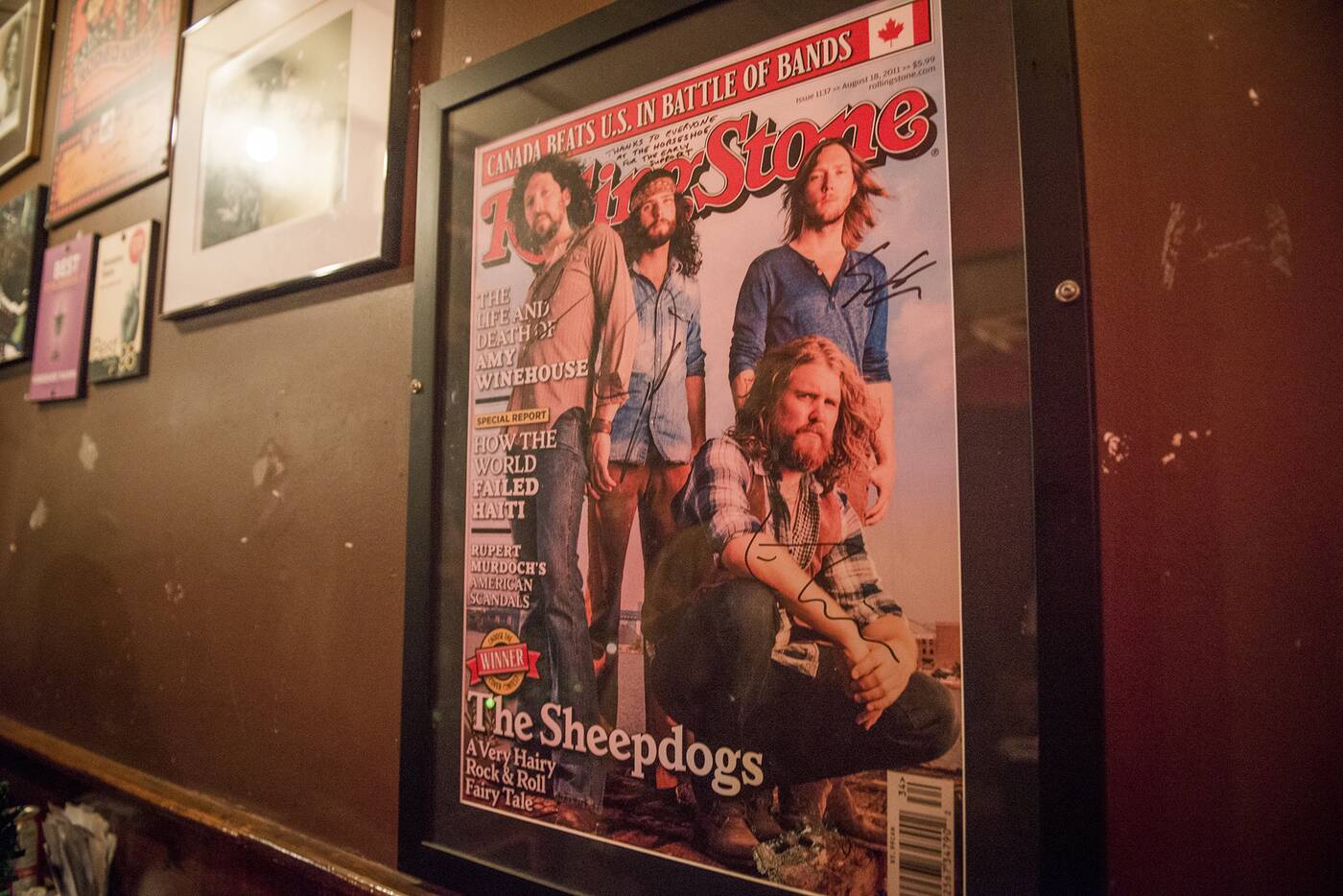 Best known for playing host to such famous rock acts as Willie Nelson and The Rolling Stones, you’re just as likely to have jammed out here to your friend’s or brother’s band, a big touring act, or played there yourself. I once attended a Daft Punk cover band show here where the band performed in full costume. 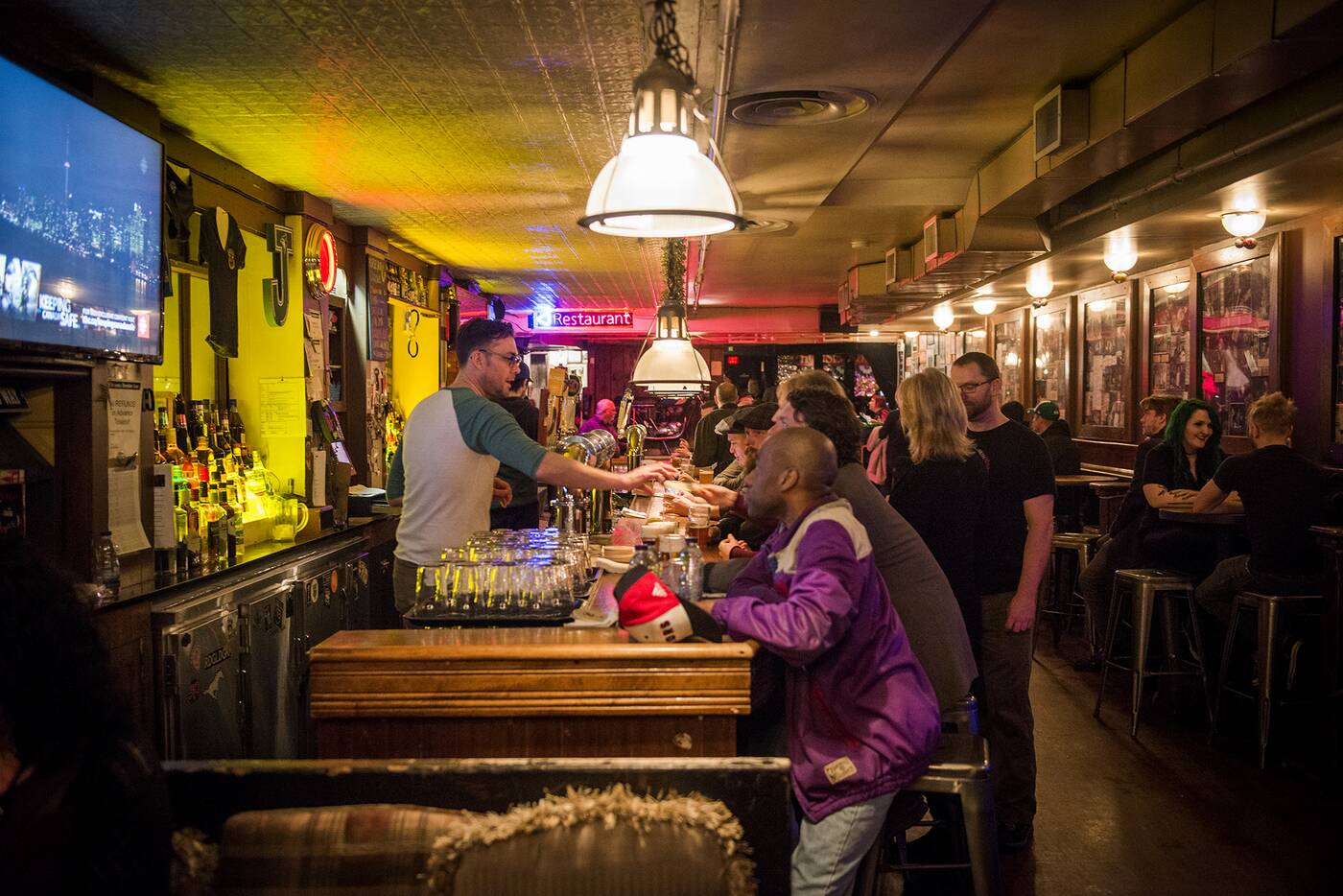 The interior is split roughly into two areas or levels, the front bar where more mature folks and those who want to talk to (read: hit on) other bargoers can sit at the bar or small tables. 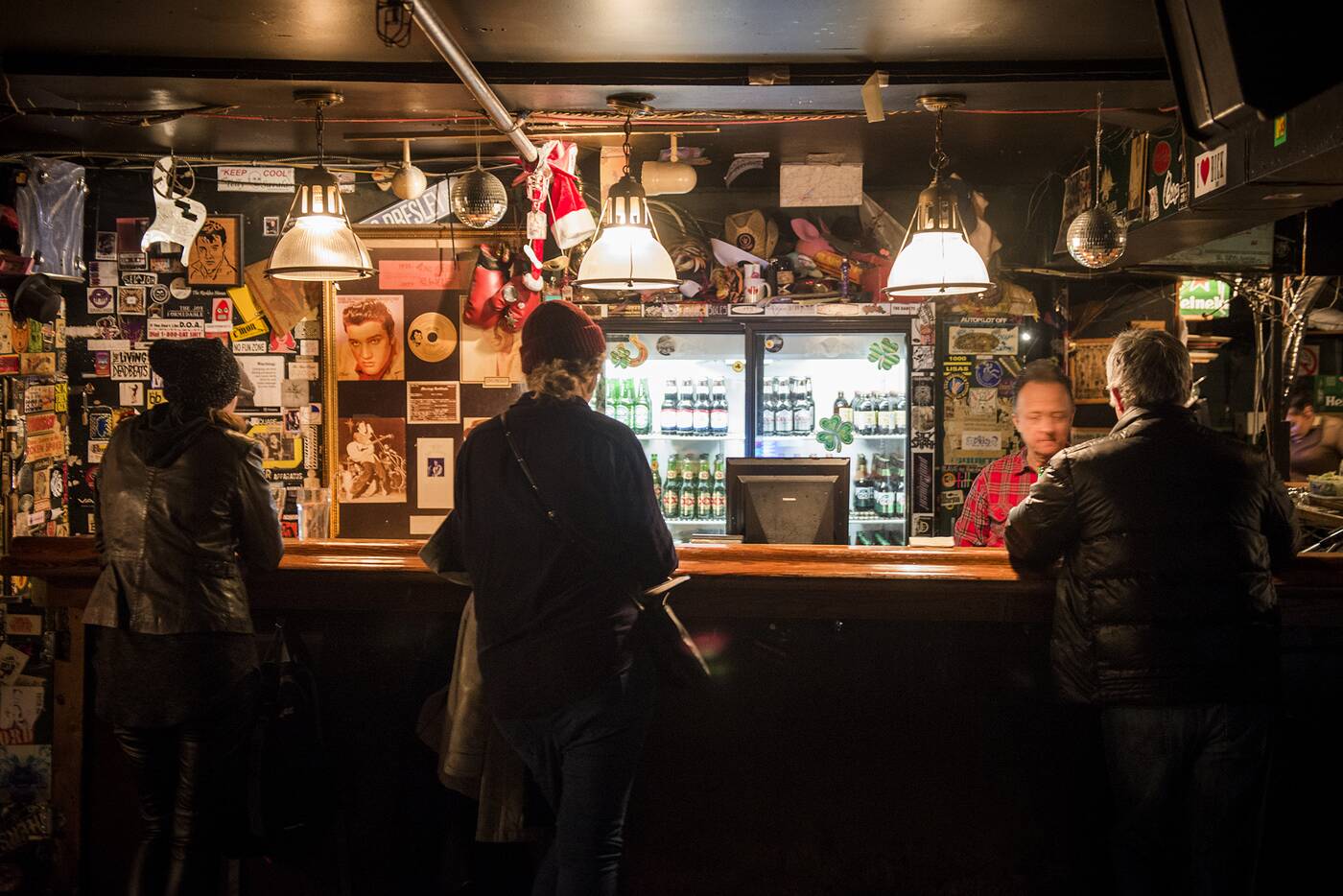 The back performance area has another bar, a table area, and a large checkerboard dance floor. 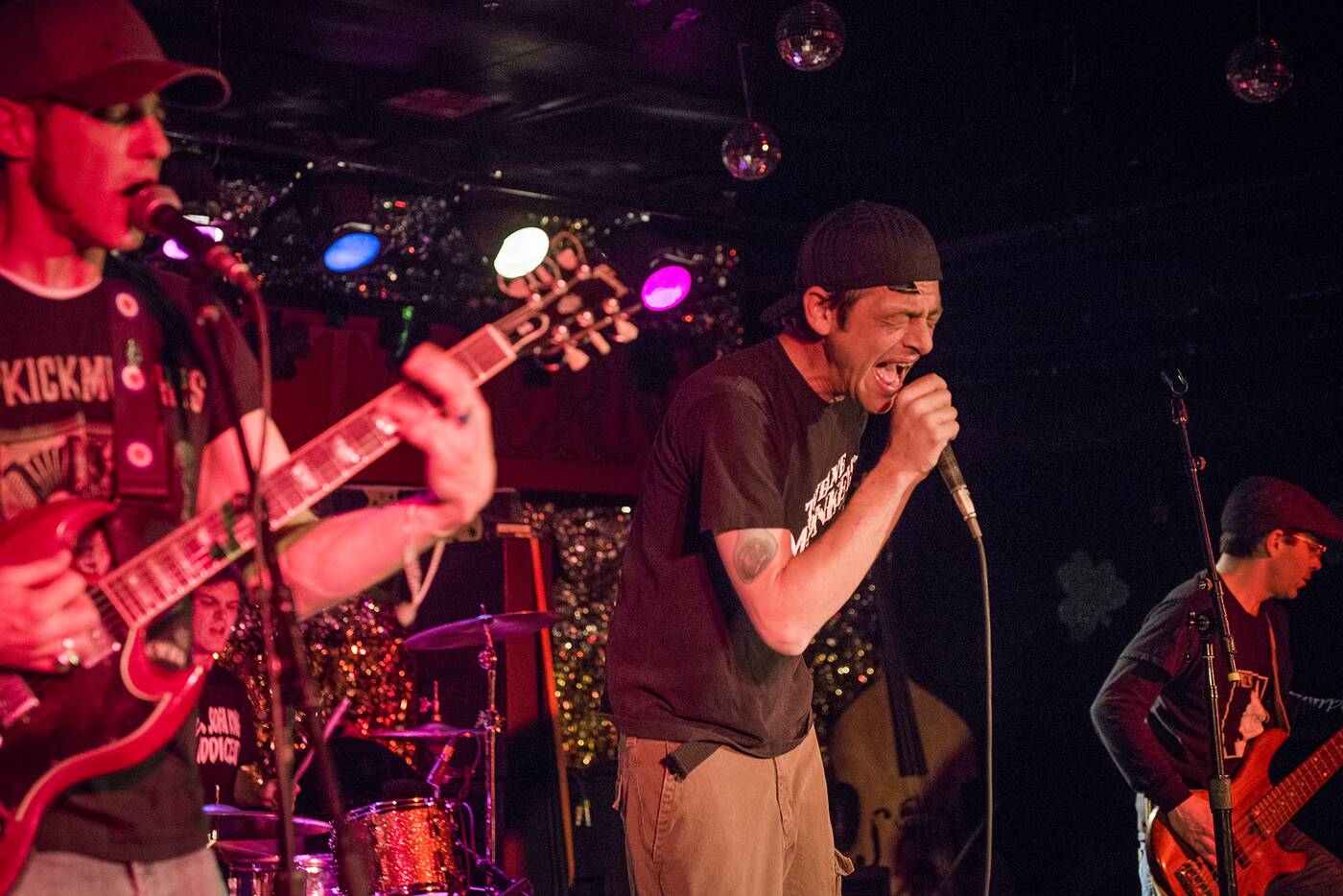 You never know quite what you’re going to get at the Horseshoe, live music is guaranteed pretty much every night. I witness a band wittily named Sofa King Addicted clatter onto the stage with its gold backdrop, warming up the gathered crowd. 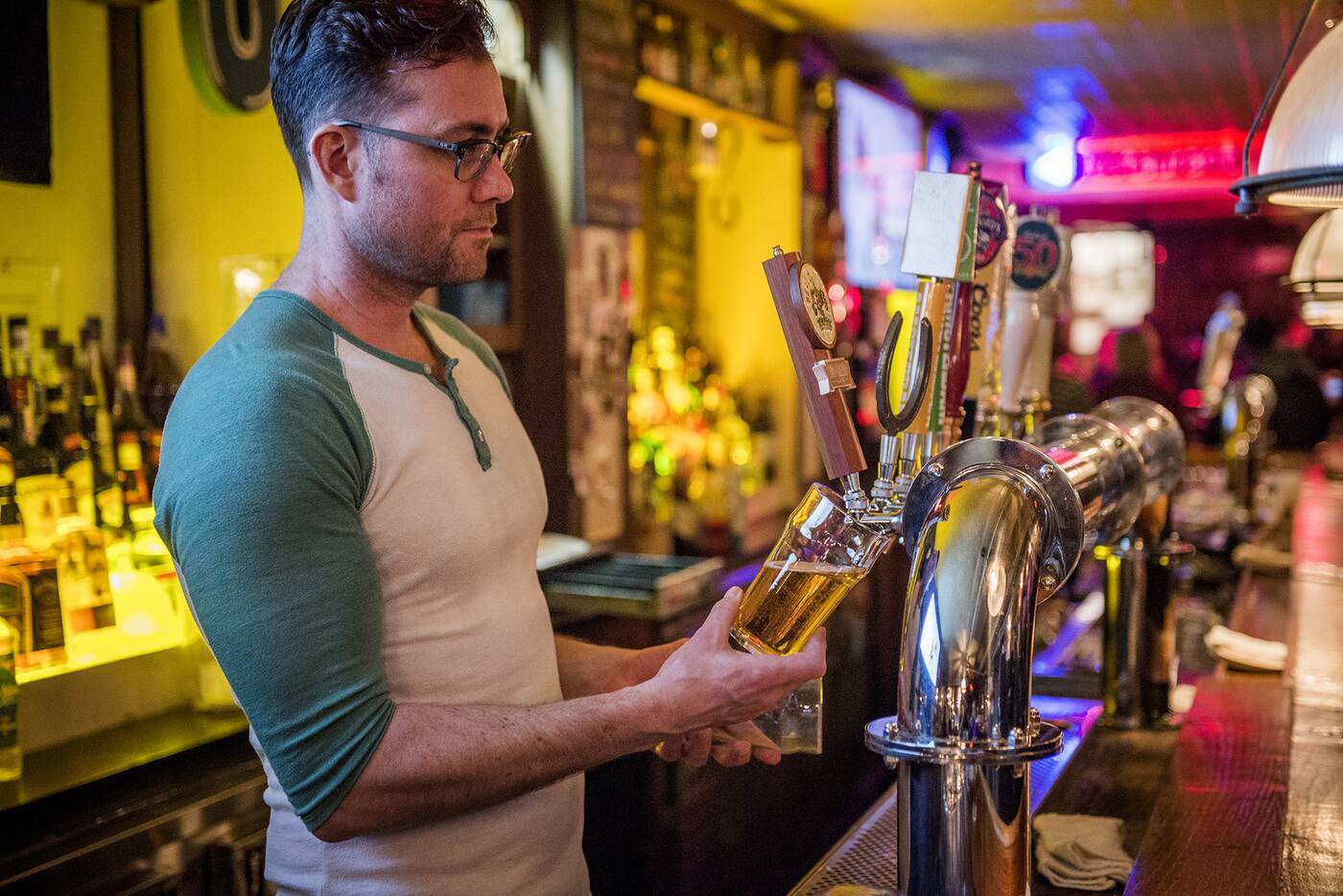 Taps are only located at the front. Beau’s and Amsterdam are on the slightly craftier end, but most options are in the 50, Rickard’s and Coors neighbourhood. 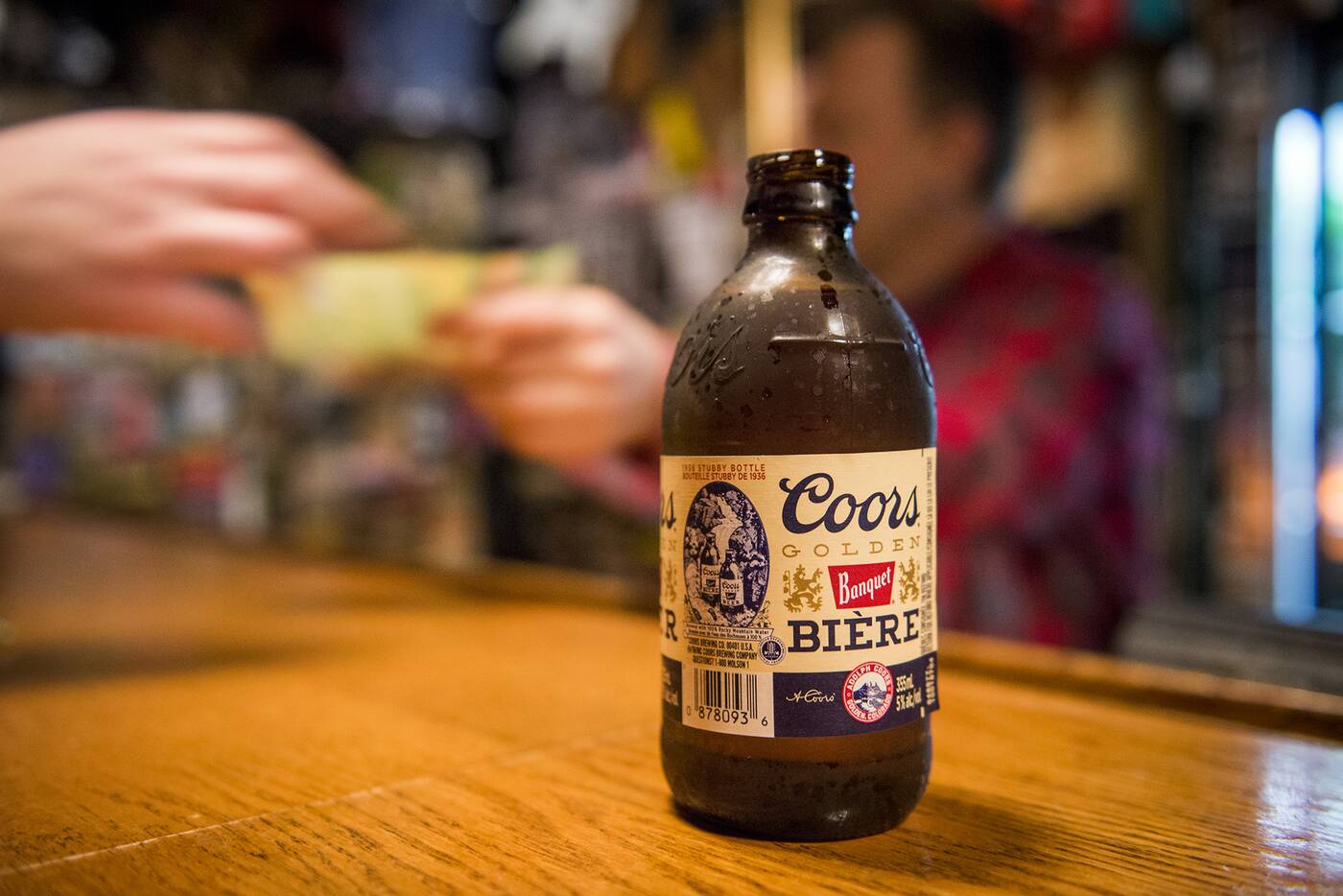 Despite the lack of beer taps, there are a ton of bottle and can options at the back, like this Coors Banquet stubby. The beers may be pretty much the same, the fridge stocked with Pilsner, Heineken, Keith’s, Dos Equis, and other favourites, but the prices sure have risen, with my imported bottle ringing in at $7.25, not including tip. 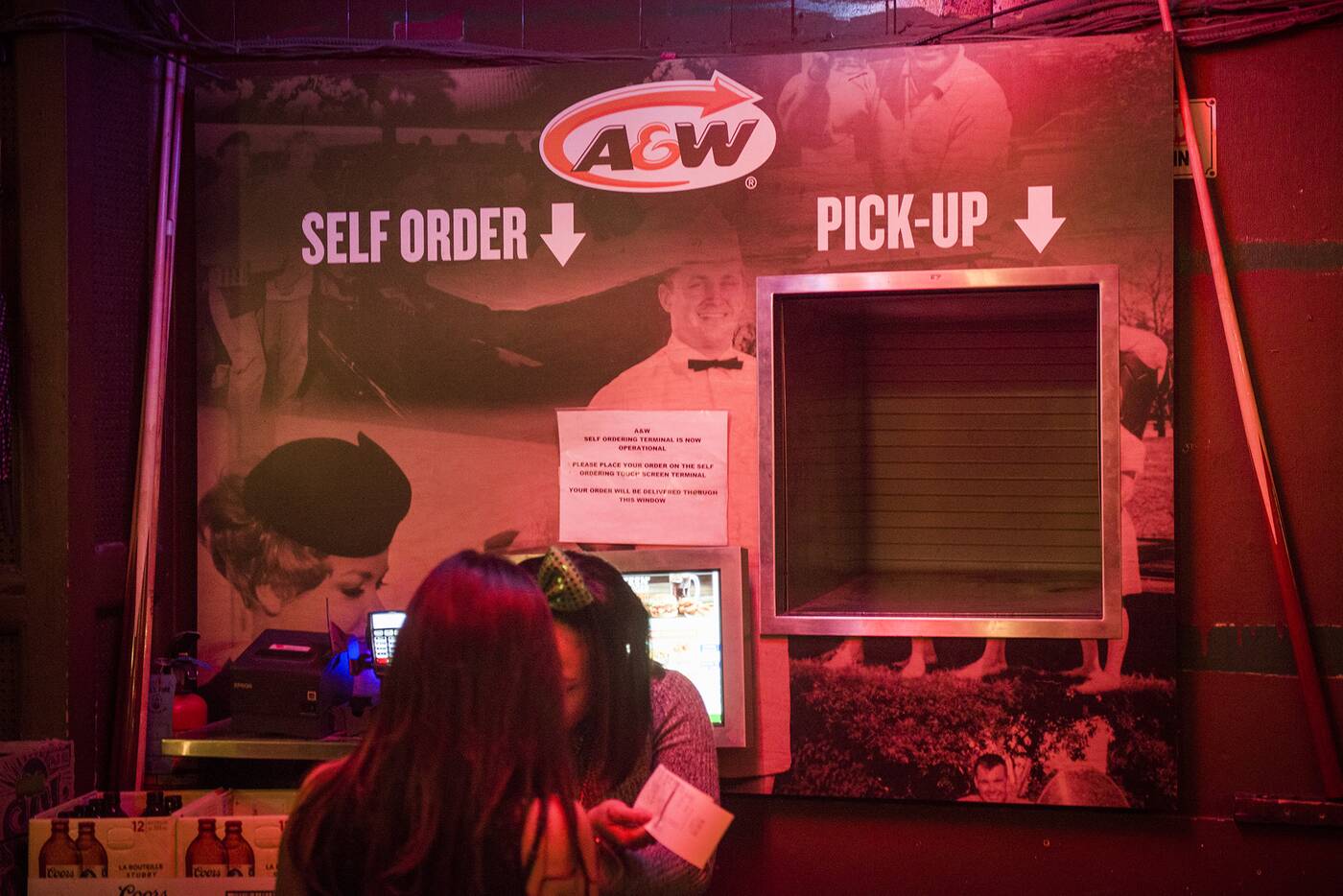 Another big change is the window right in the bar where you can order from the next door A&W. 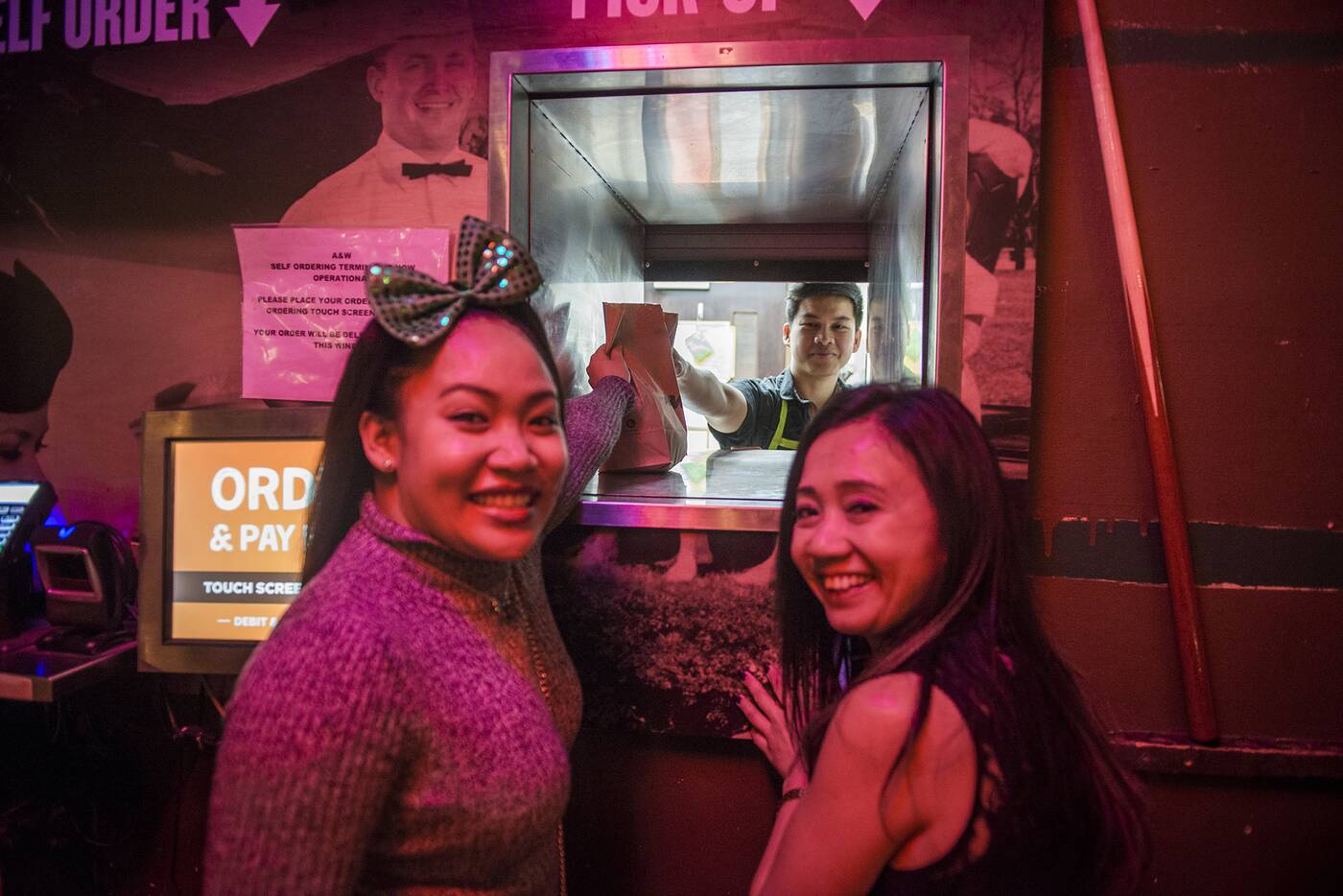 Order on the self-serve screen, wait for the window to open, and bam: Teen Burger. 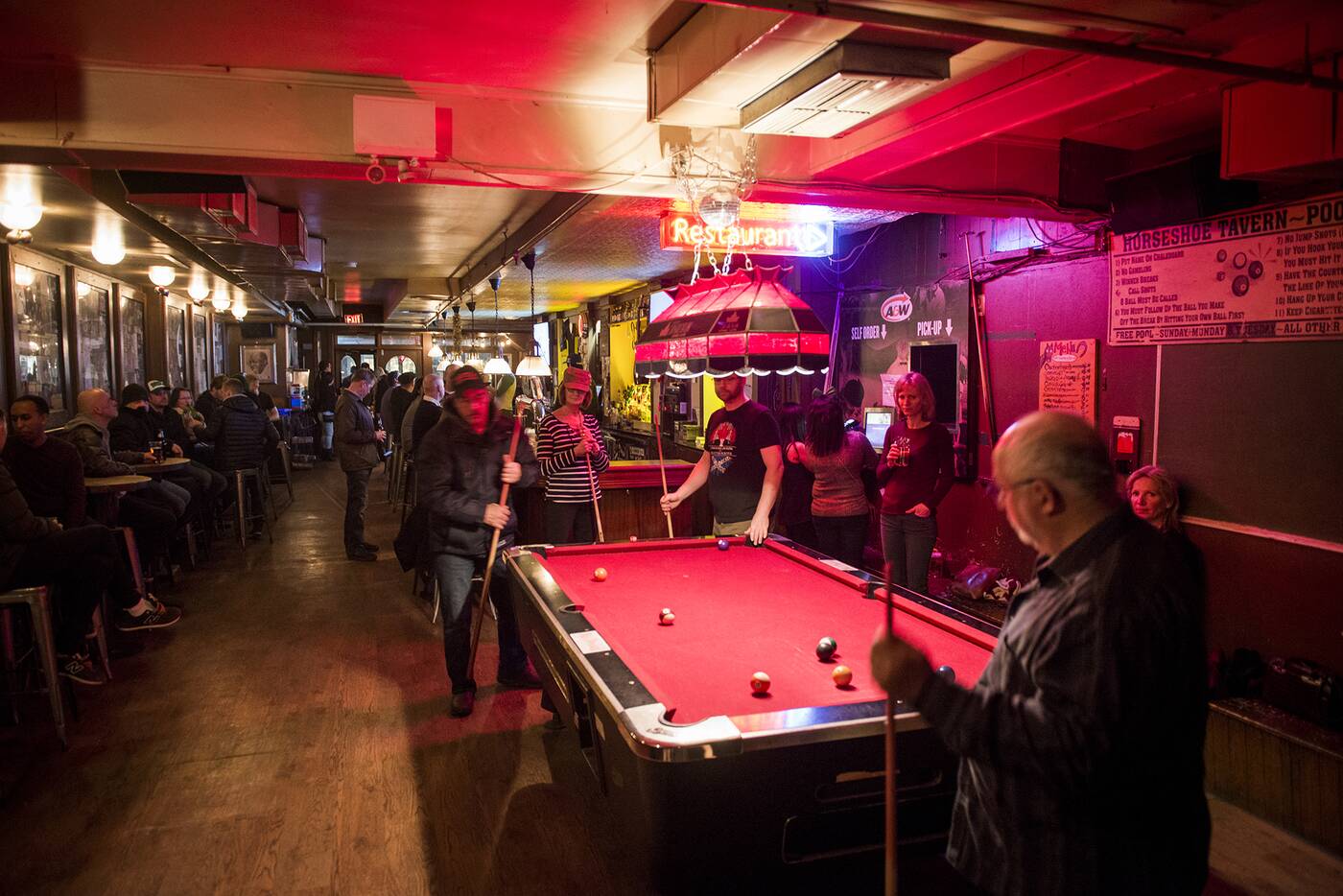 It’s right next to the old school pool table that still has posted rules like “no jump shots (Marc excepted),” the perfect representation of old and new colliding here. 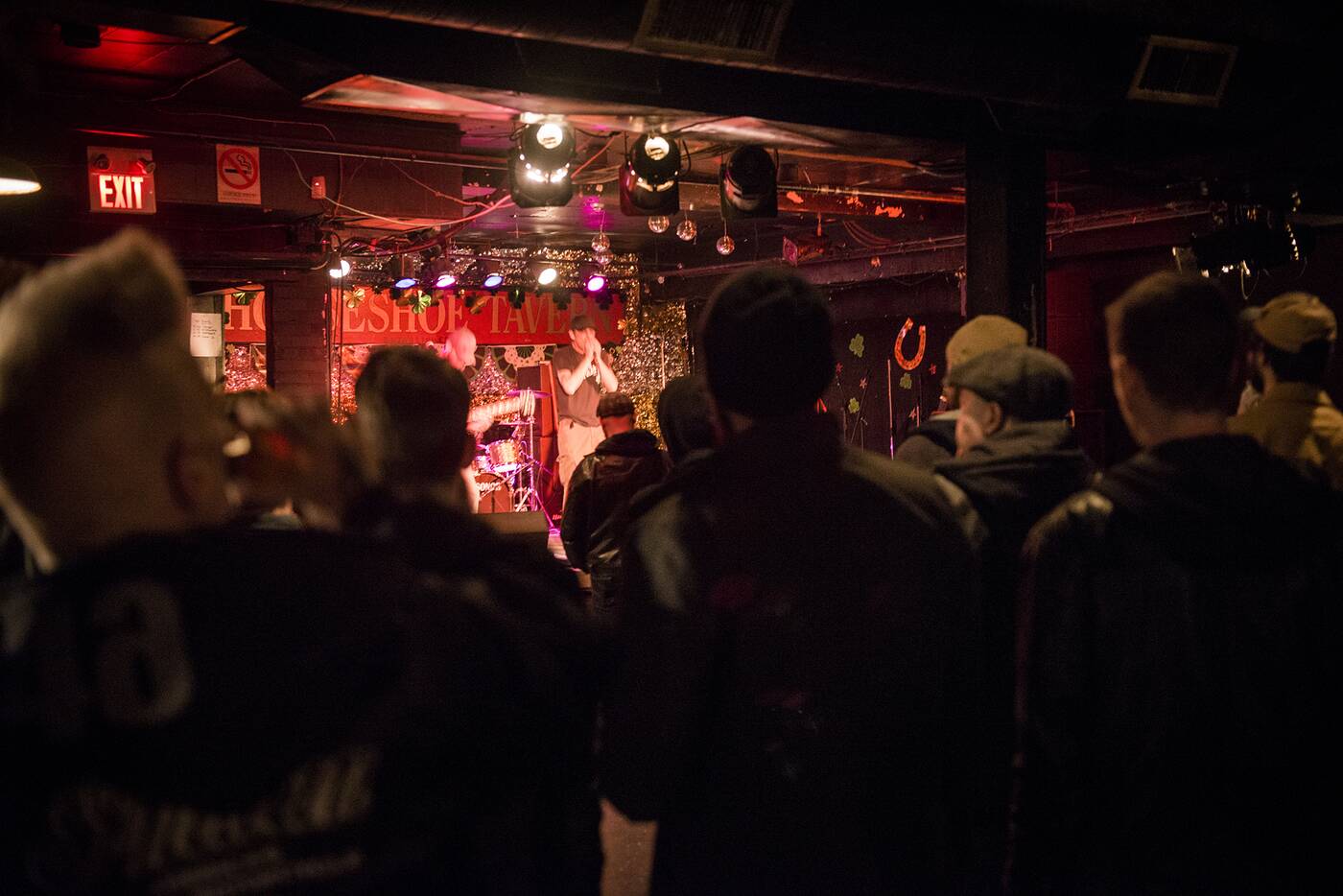 The Shoe is always crowded, but it remains a spot where you can still reliably get a seat where you can take in a show if you get there early enough, making it a good place for those who just want to listen as well as partiers who want to dance the night away. 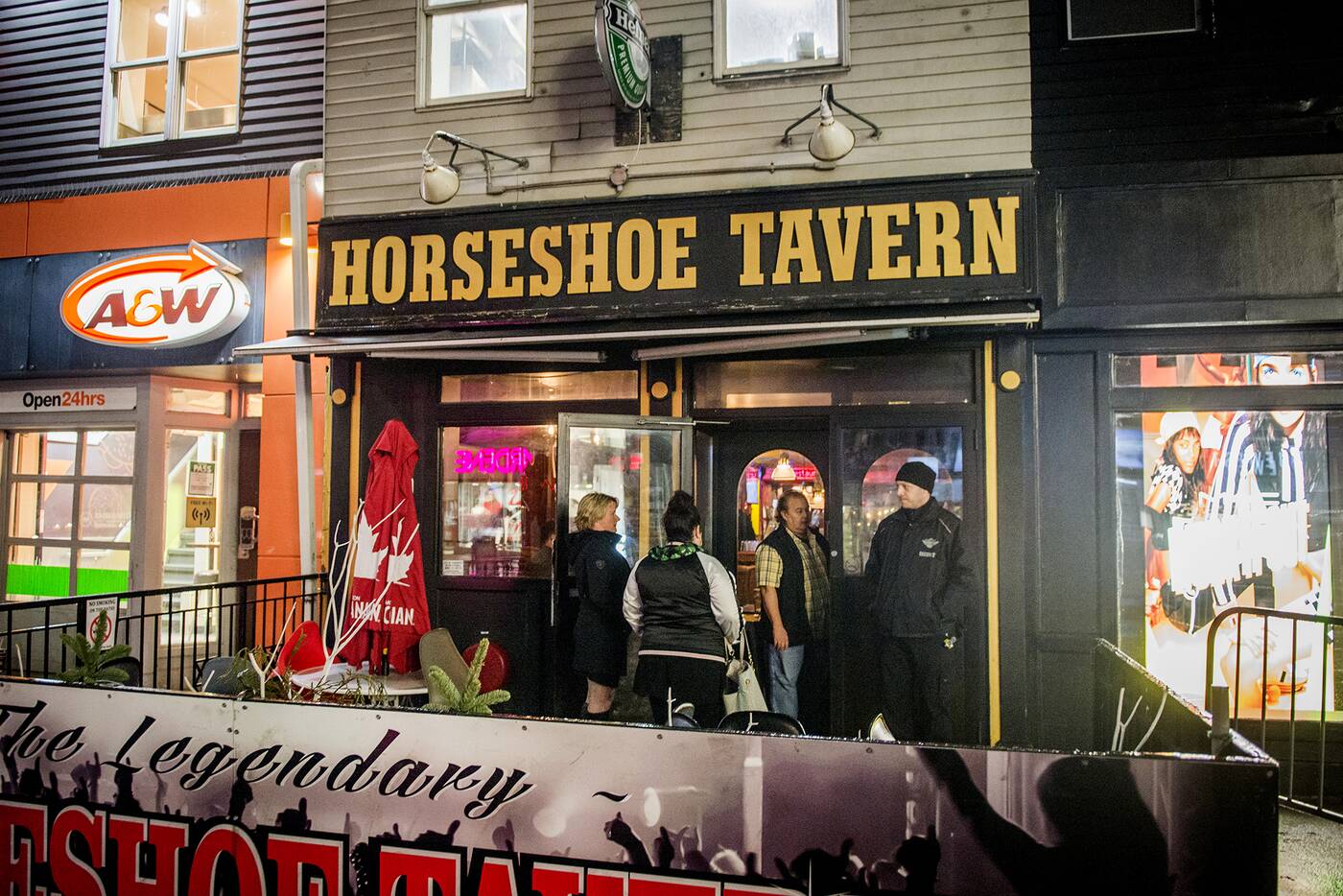 The Best Rock Bars in Toronto