Homestand is an unconventional sports bar that was formerly Wolf Like Me. Main proprietor Kevin Kennedy is also the man behind the speaker series Pitch: Talks on Baseball, and is also a co-owner of Wenona Lodge and Tallboys.

He along with his friends at Homestand Sports wanted a place where the umbrella company could host podcasts, talks and other events. 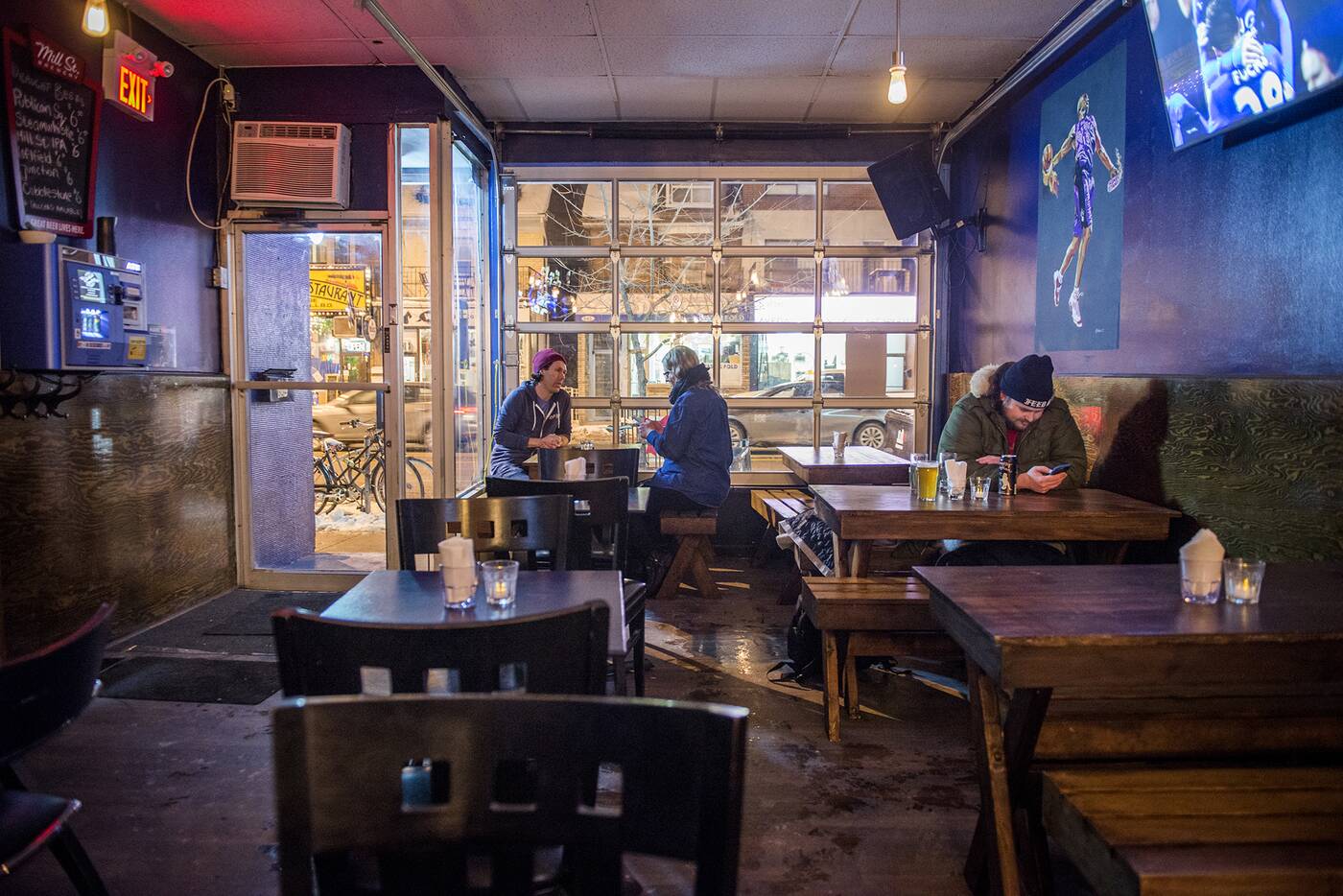 The interior is dim and has the sort of dark blue and black, semi-masculine feel of a sports bar, but it’s broken up by wooden benches perfect for the sharing-style snack and beer bar and cheeky chalk drawings by artist Enj_y. 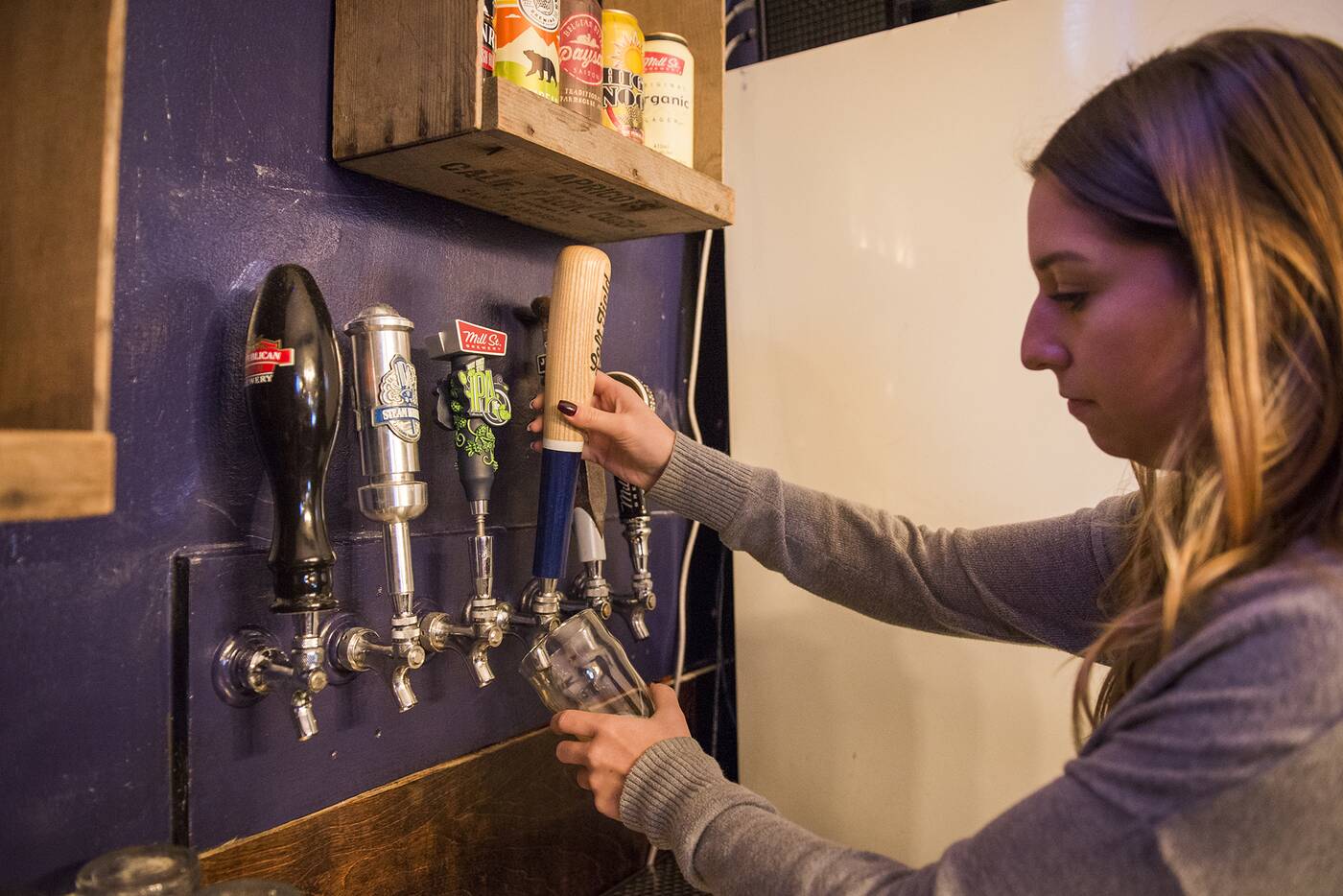 A selection of local beers you’d expect from those behind craft beer monster Tallboys just down the street is on offer at Homestand, featuring draft from Left Field, Mill Street and Steam Whistle.

They’ve complimented this with a tapas menu from a full kitchen, which Wolf Like Me never had. 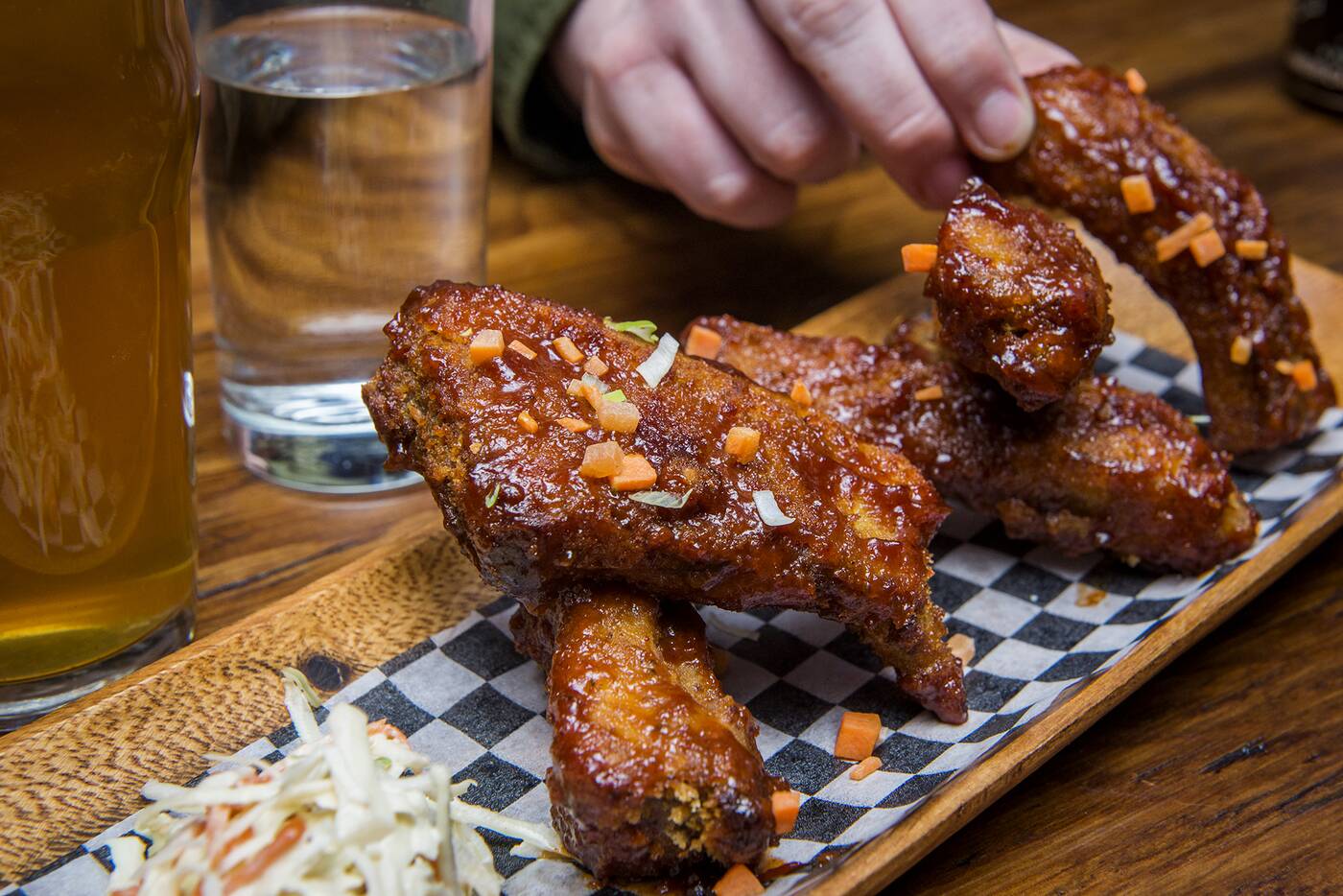 A surprising winner is the crispy bourbon BBQ ribs for only $10. Everything is designed to be super shareable but I could definitely crush this plate on my own, a little stack of ribs that have been braised for six hours, cut, then breaded in a mix of baguette and panko and deep-fried before being smothered in slightly spicy, sticky bourbon BBQ sauce. 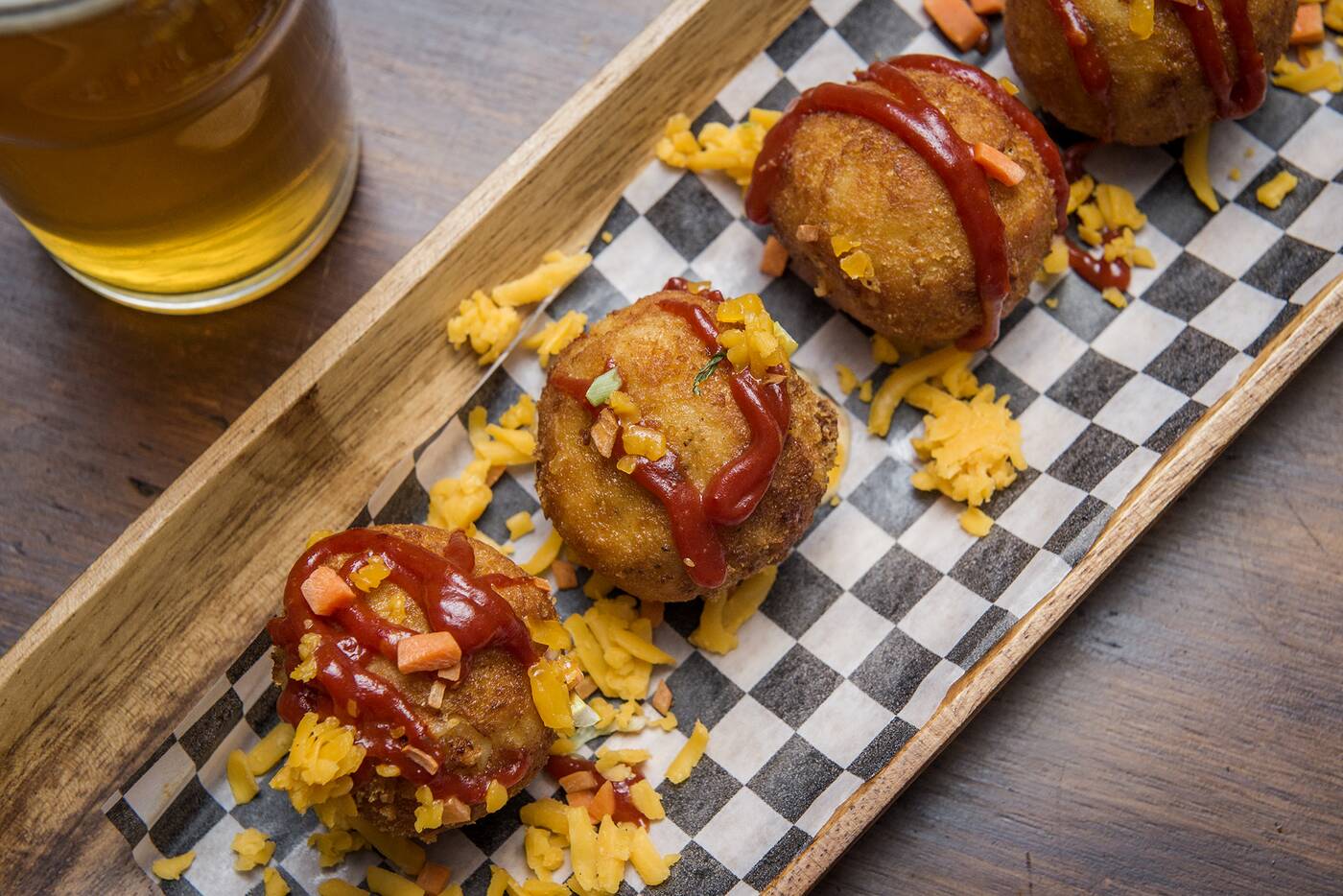 Smaller but not necessarily lighter are deep-fried mac n’ cheese balls ($7) made with blended mozzarella, cheddar and pimento cheeses and drizzled with an unanticipatedly flavourful smoked ketchup, resting on top of an also unexpectedly spicy sauce. 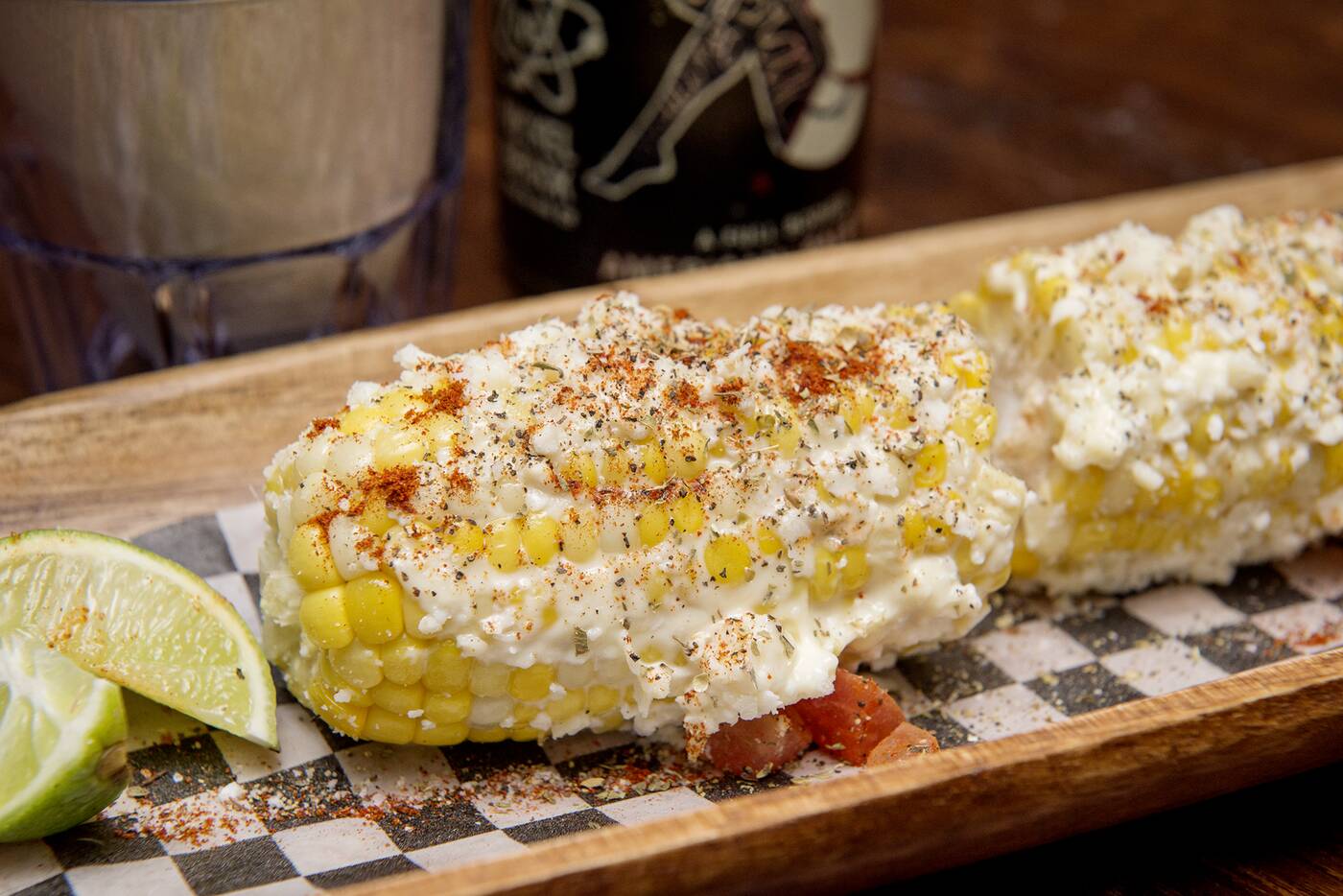 Fox tails ($5) are actually just Mexican-inspired corn on the cob, topped with cream, cotija and paprika. It’s salty but refreshing at the same time, and the strong cheese doesn’t overpower the corn. 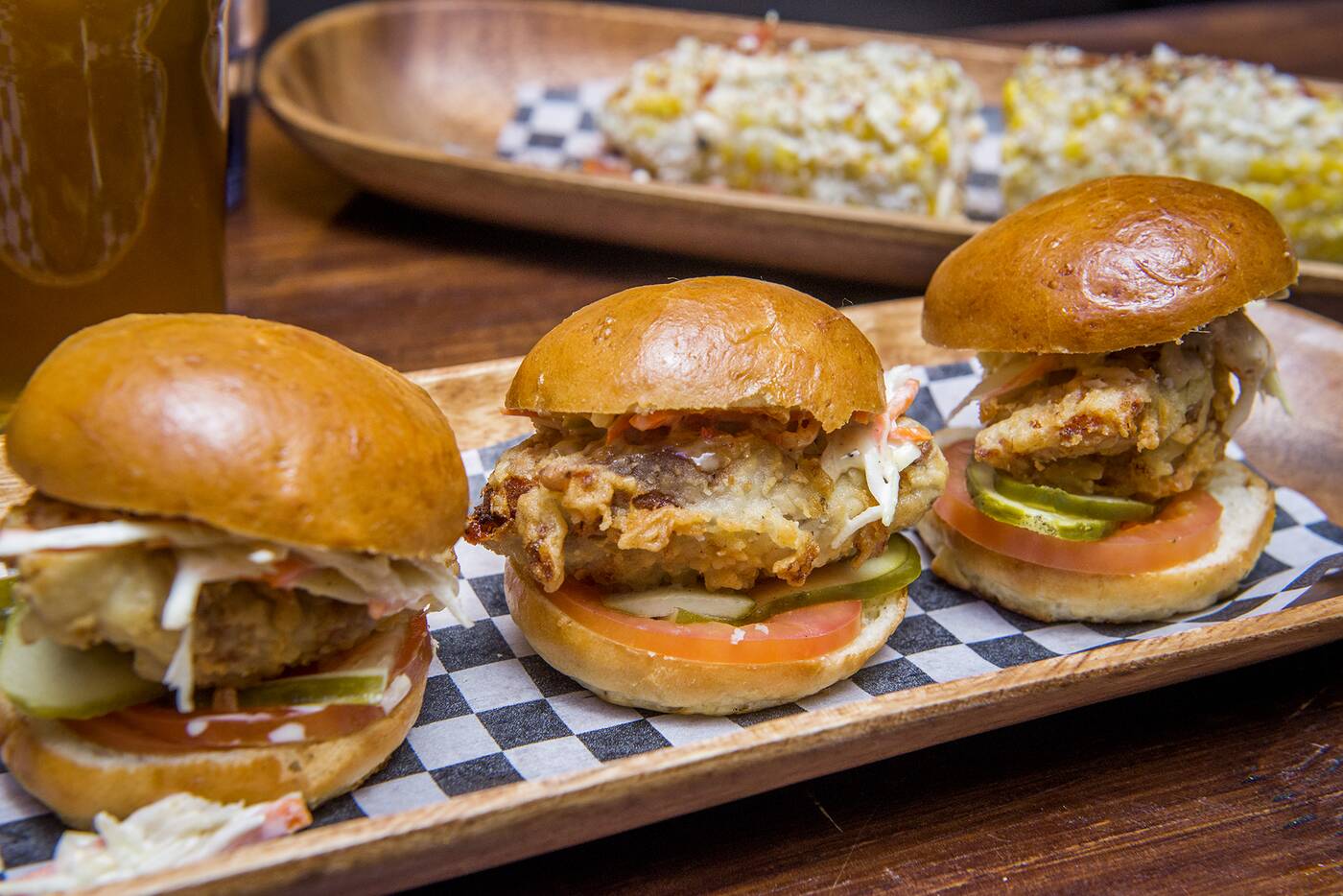 Chicken sliders ($8) are basic but reliable and sure to satisfy quickly, topped with slaw, tomato, pickle and chipotle aioli on milk buns. I like that they’re not skimping on the meat for a good price point, and I’m happy to see a healthy chunk of chicken on this slider rather than pulled meat swimming in sauce. 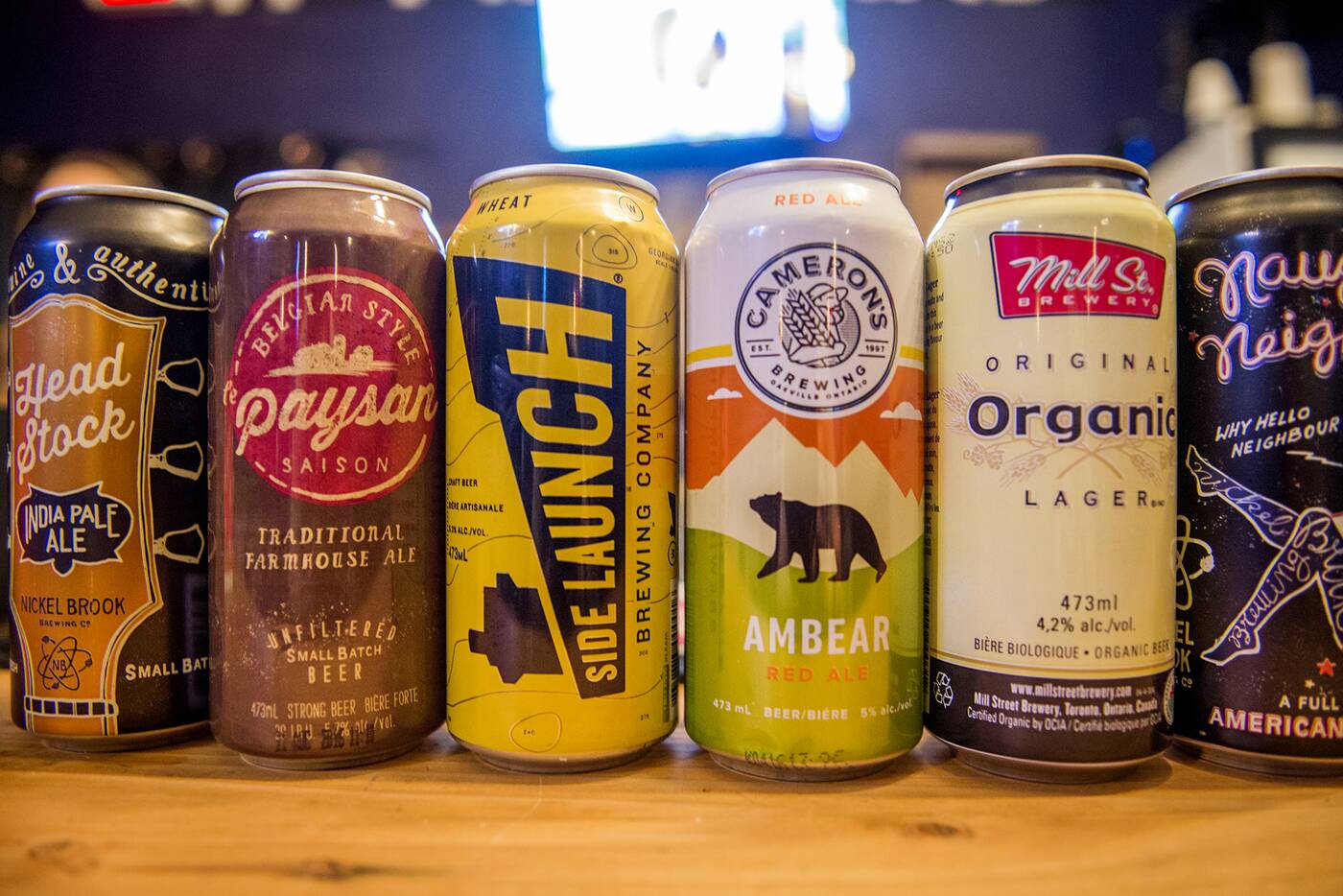 They also obviously have a ton of great cans, from breweries like Side Launch, Nickel Brook, and Cameron’s. 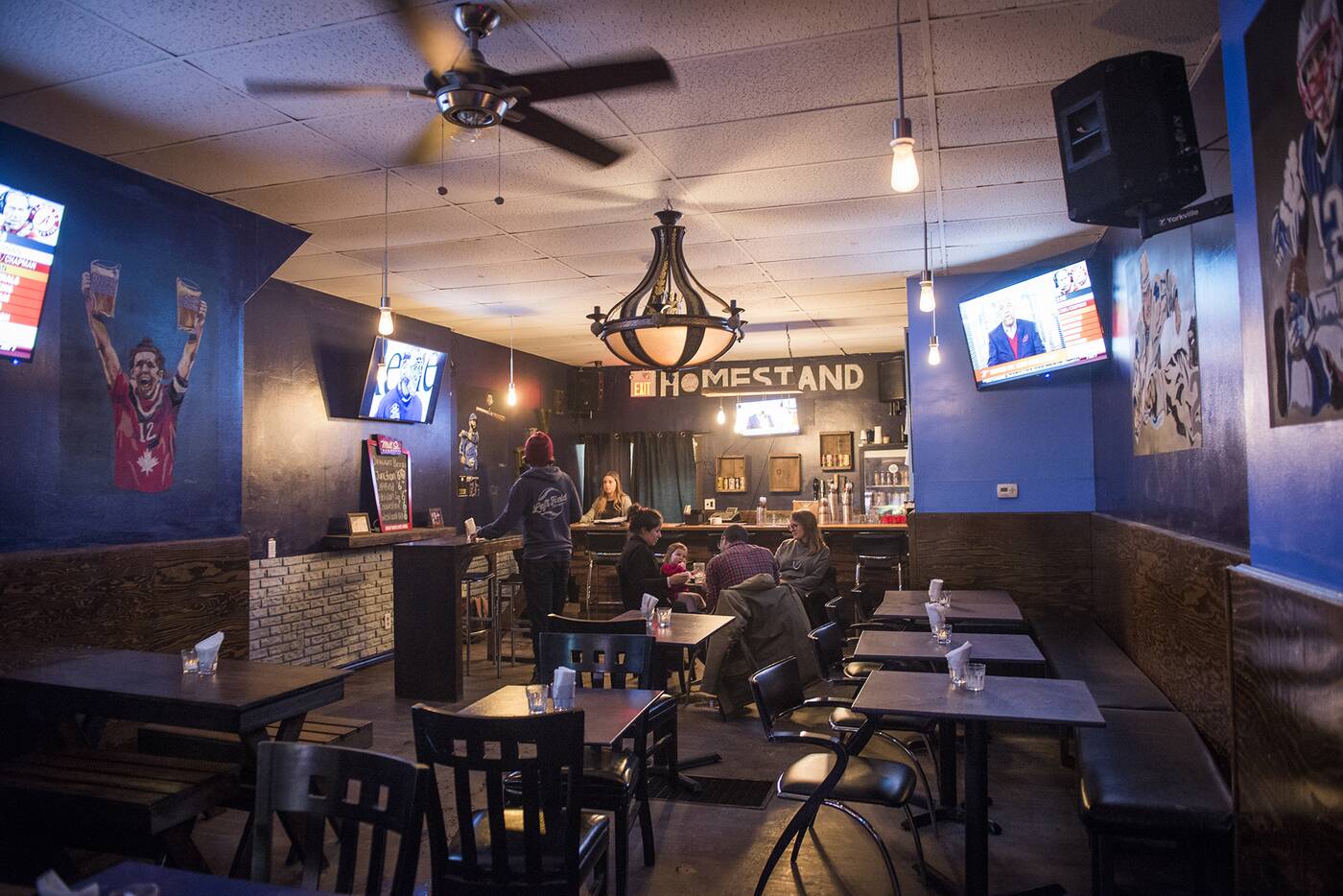 There’s bar seating toward the back of the space, but there are more benches and TVs with sound to watch whatever games are on. The idea behind Homestand was to create a super nerdy fun community hub where those with a passion for sports don’t feel intimidated. 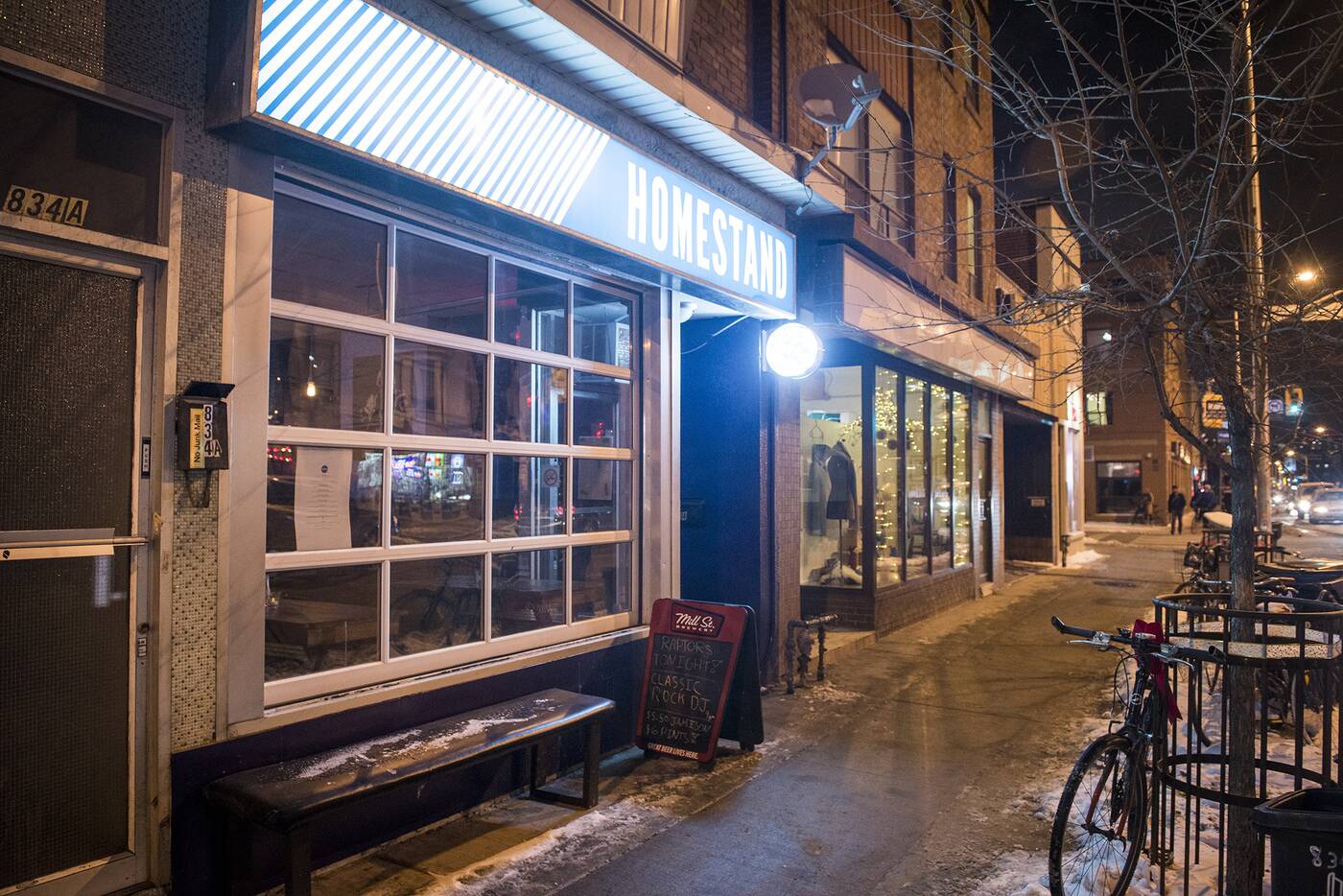