Patois is the Caribbean-Asian soul food fusion restaurant that could, serving up mashups of flavours from different cultures most Torontonians would likely be familiar with from childhood.

The restaurant lay dormant behind its garage doors for some time after a fire, but this only gave chef Craig Wong a chance to start up Jackpot Chicken Rice, a more Chinese-focused spot specializing in Hainanese chicken. 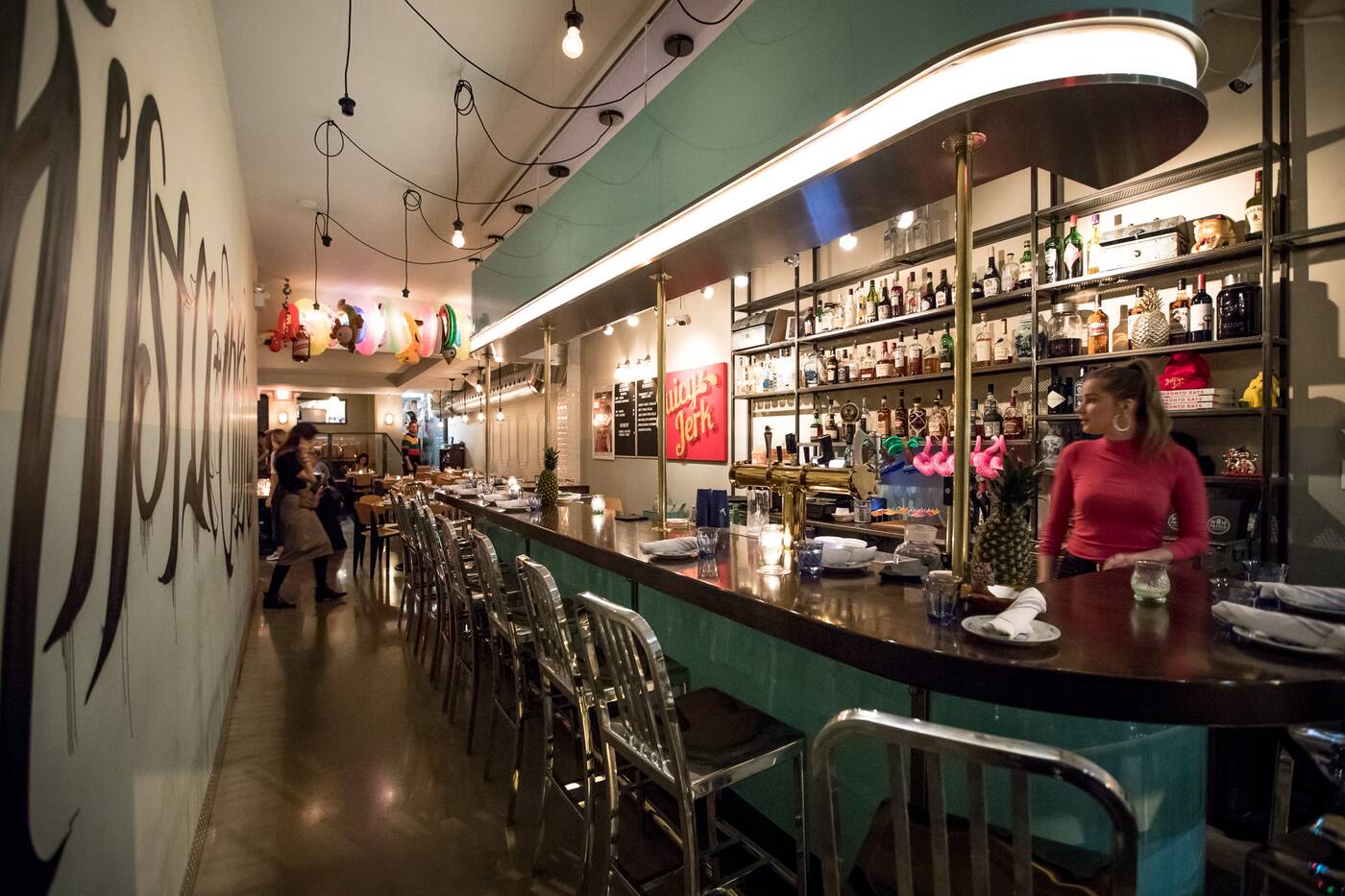 Necessary renovations have since resulted in a more lively and eccentric Patois than ever. It’s all pineapples, floaties, graffiti, dim lighting and chrome in here, more casual seating at a recently installed bar at the front and low tables (including one with a dim-sum-inspired Lazy Susan) at the back. 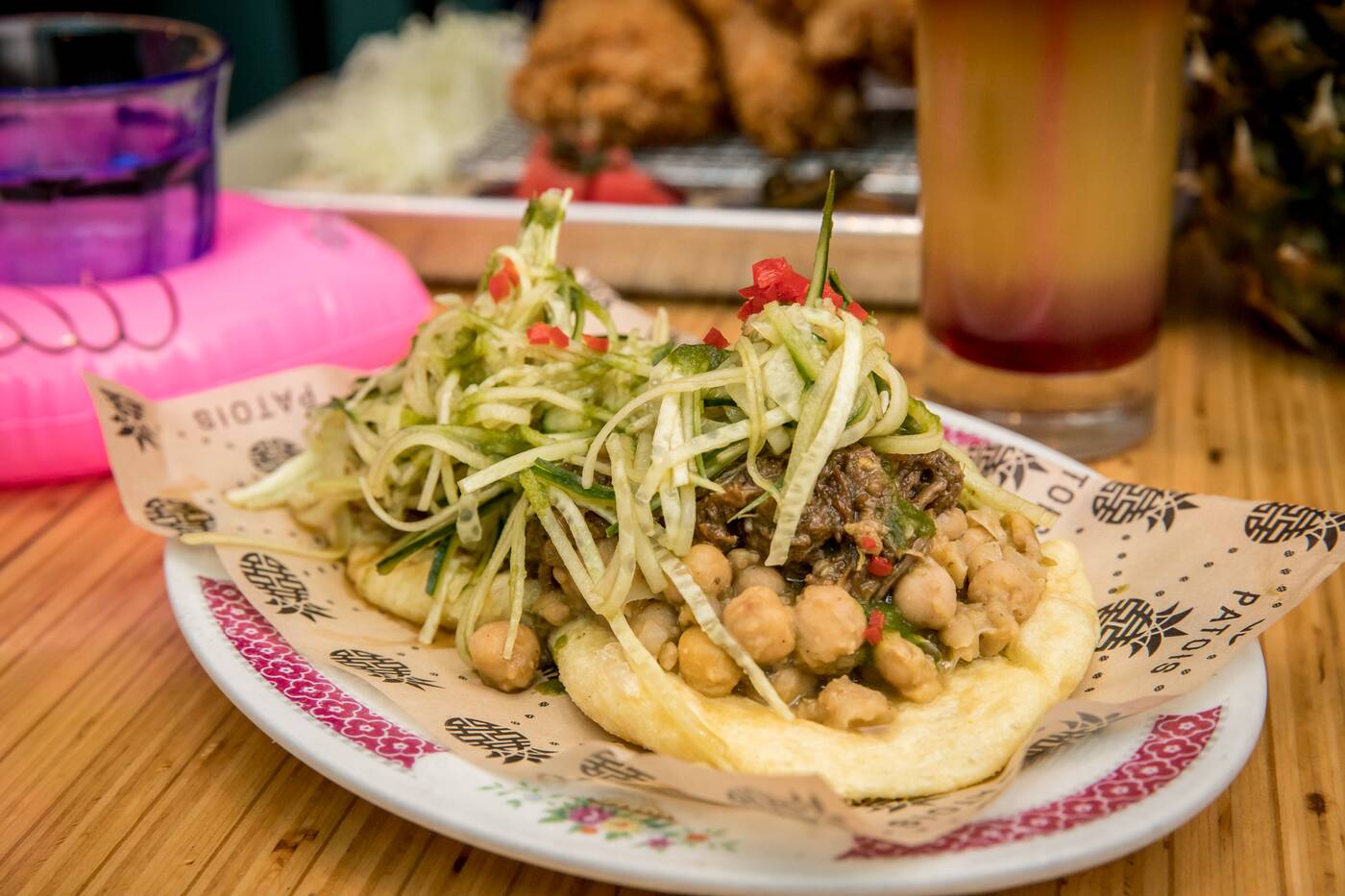 Curry goat doubles ($13) are an addition to the comeback menu the night of my visit, a recipe of one of the cooks’ grandmothers. Goat is slow braised for 24 to 48 hours, and the curry is homemade.

It’s topped with a chickpea masala, a shado beni sauce that’s kind of like a gremolata or pesto, cucumber, spiced pimento pepper and served on flatbread for a dish that’s really more Trini in its roots than Jamaican. 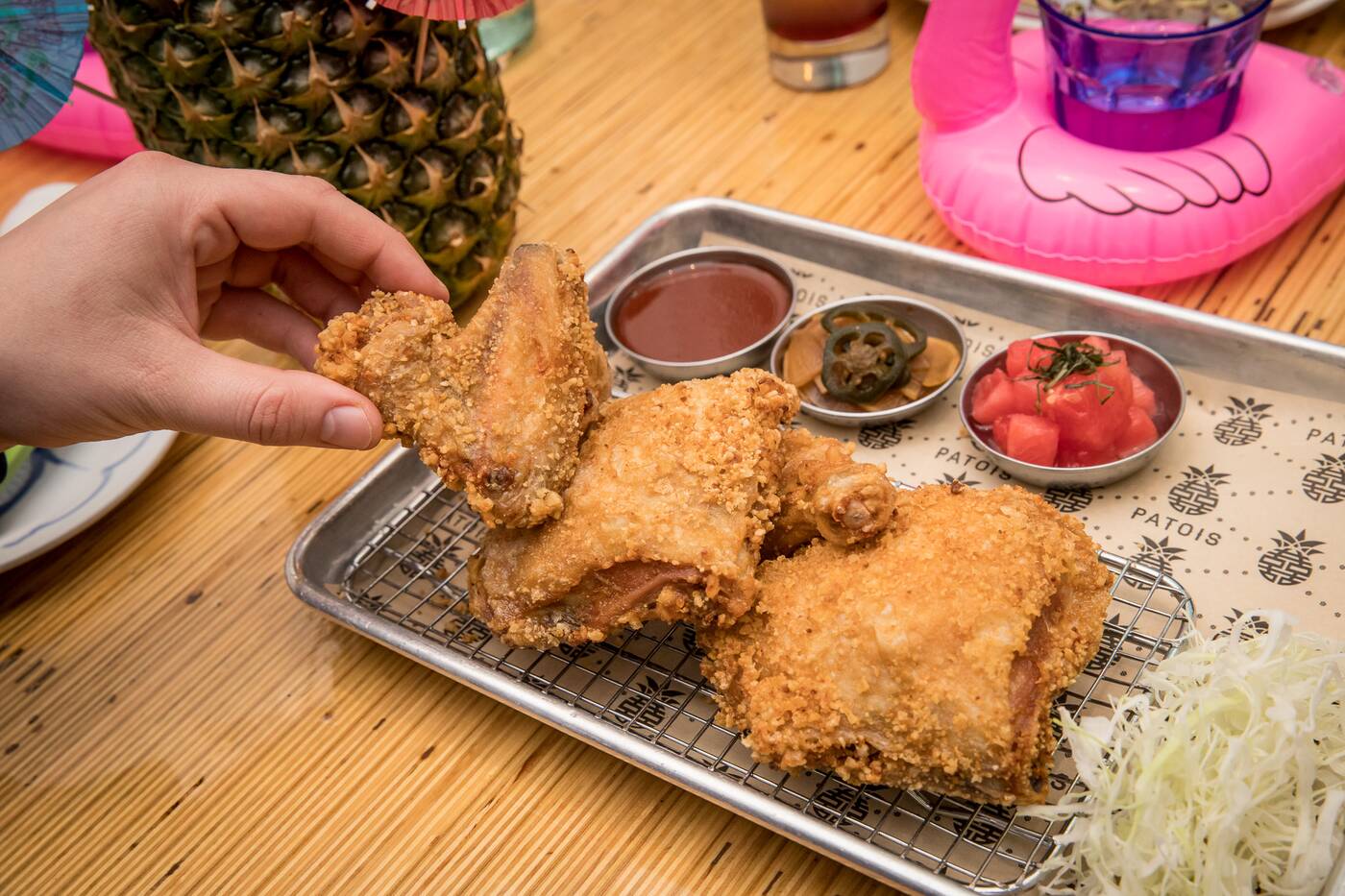 O.G. Fried Chicken ($19) is the centrepiece dish at Patois, a recipe that’s a special blend of secret ingredients that apparently took years to get exactly right.

It comes with watermelon pickle, daikon and jalapeno that you can take bites of in between mouthfuls of succulent chicken, and there’s a sweet sriracha for dipping.

It comes with shrimp and coco chips that are appropriate for scooping up the yummy glop that drips down from the messy burger. 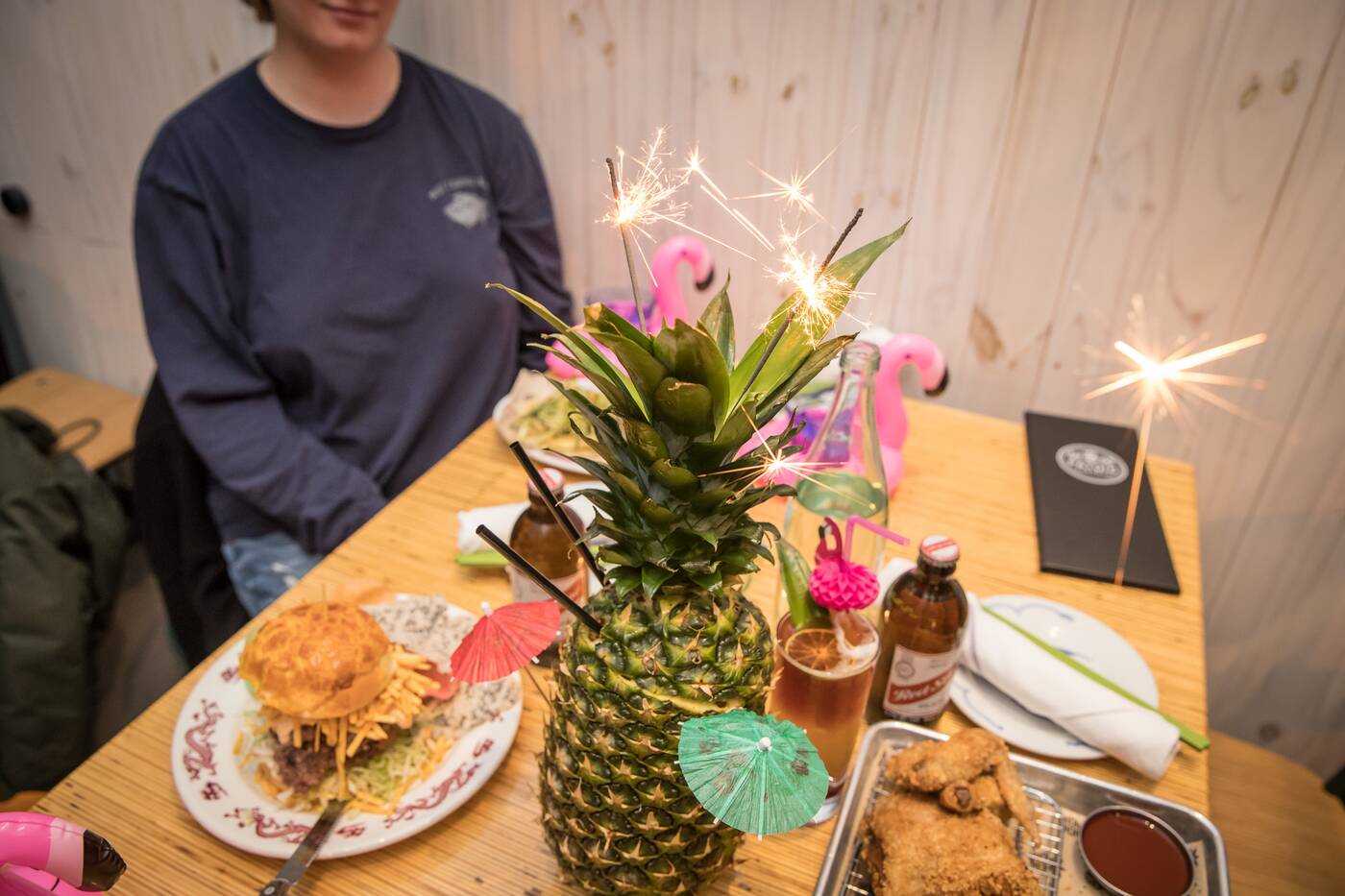 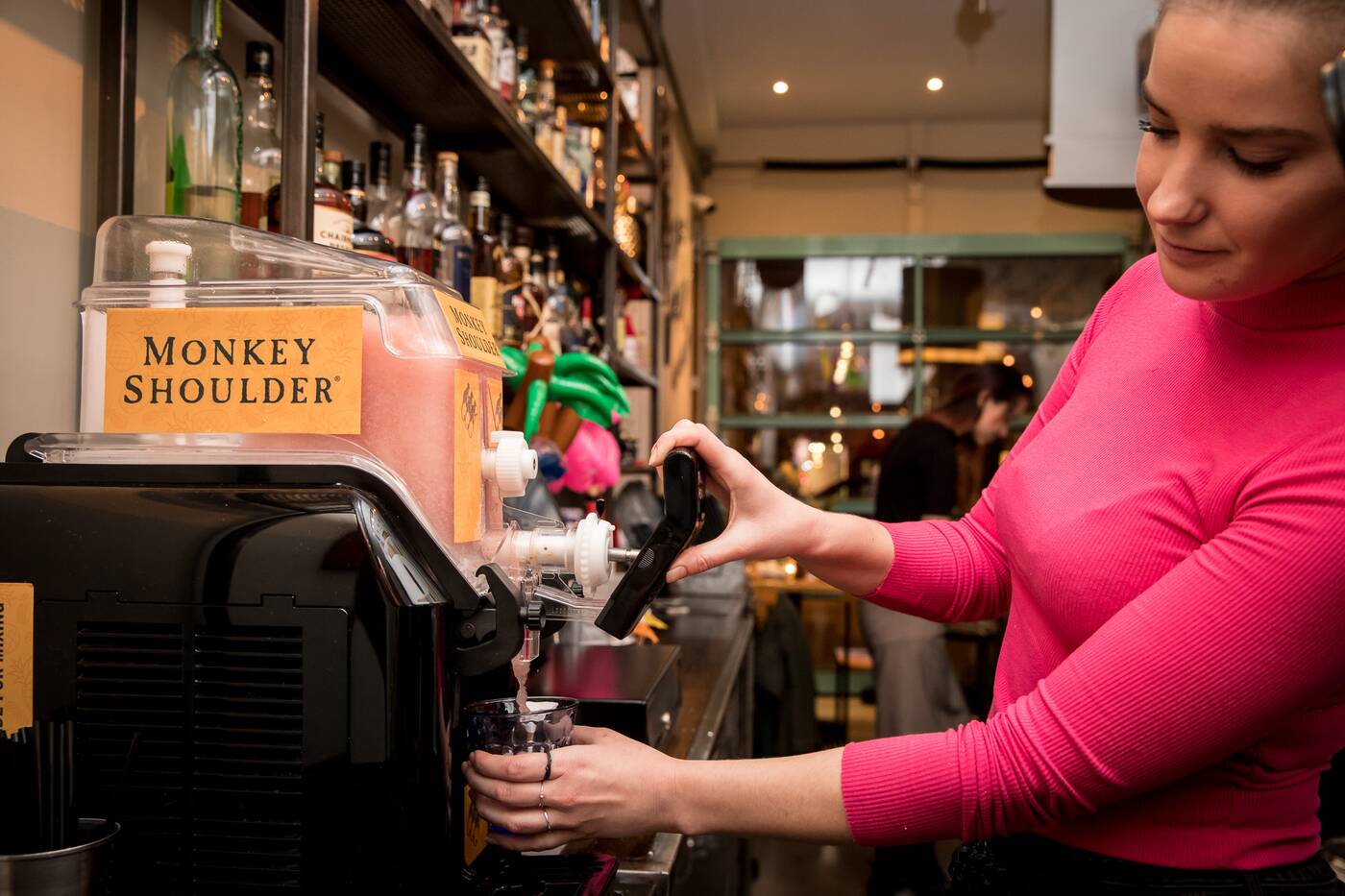 While I’m there a slushie special ($12) combines Monkey Shoulder scotch and Pink Ting in their own slushie machine. They also do “Cocktail Teapots” of, say, Rum Punch ($48) or Bourbon Lemonade ($44). 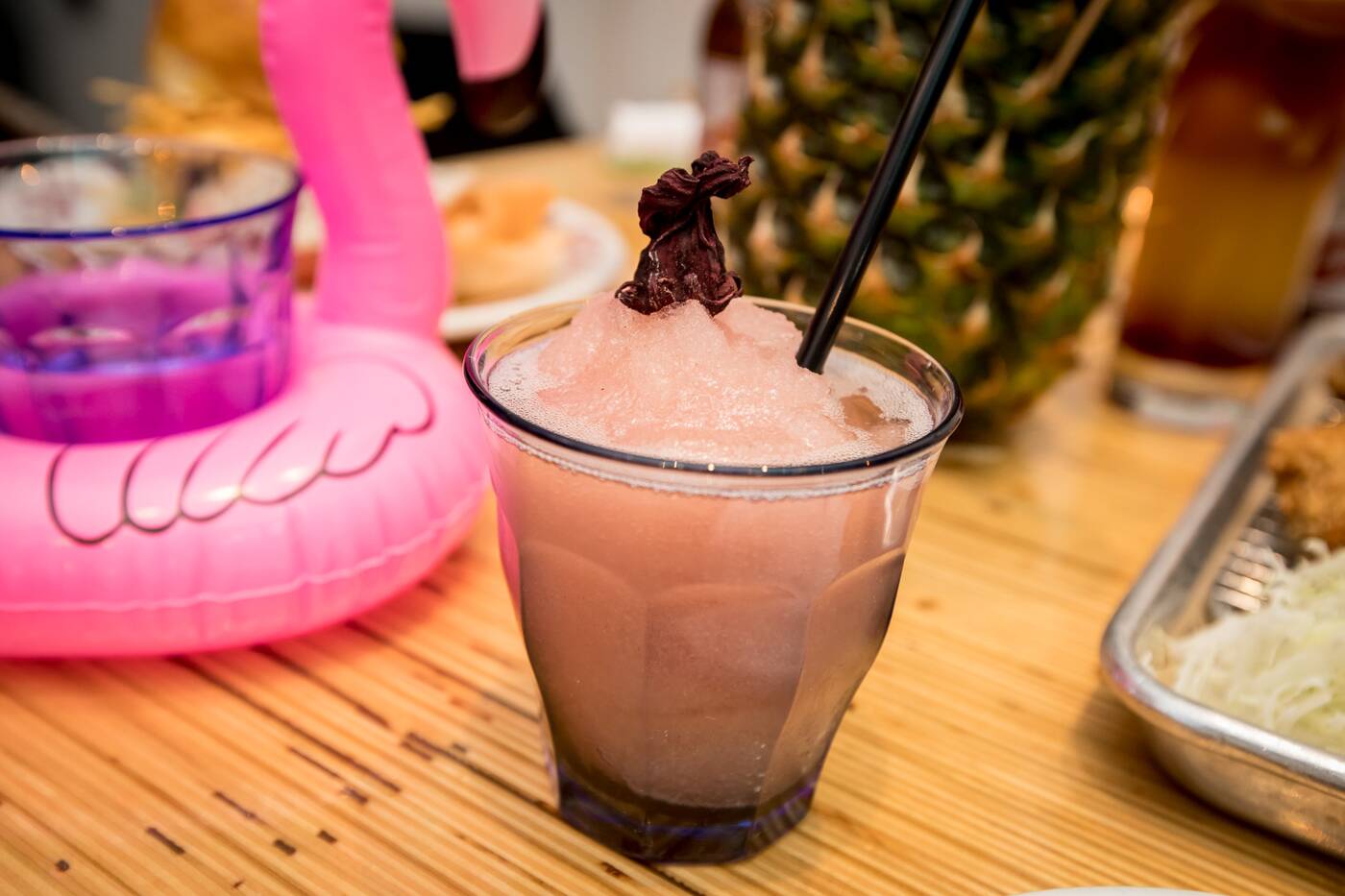 It’s garnished with the hibiscus flowers that have been soaked in gin for other cocktails. 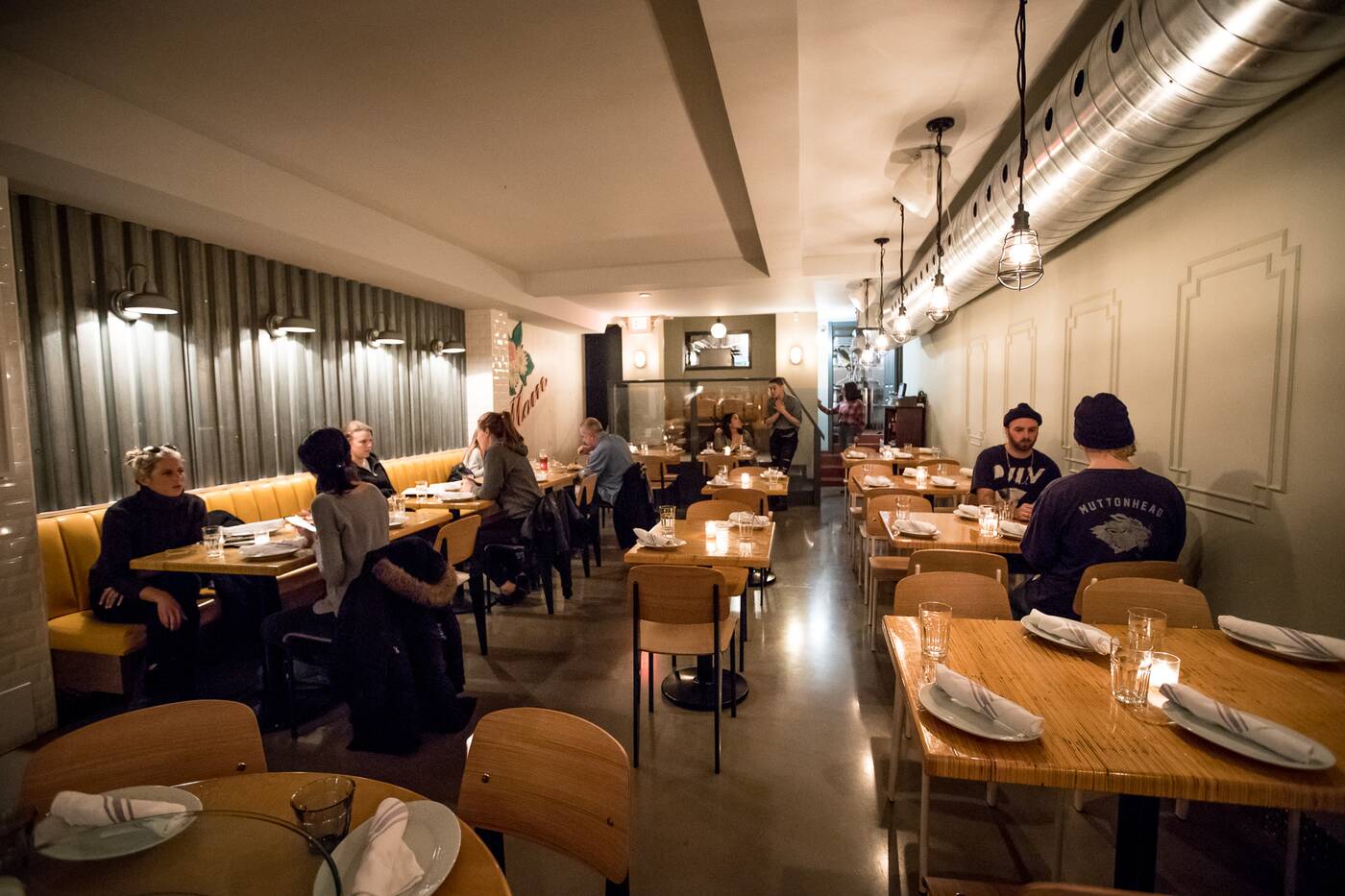 If you really want to ball out, you can order “The Whole Shebang” for $114.95 and get the whole menu, serving three to four people. It comes with a half order each of O.G. Fried and Juicy Jerk chicken, and for $12 more you can go for full orders. If anything, Wong’s empire only shows signs of growing from here. 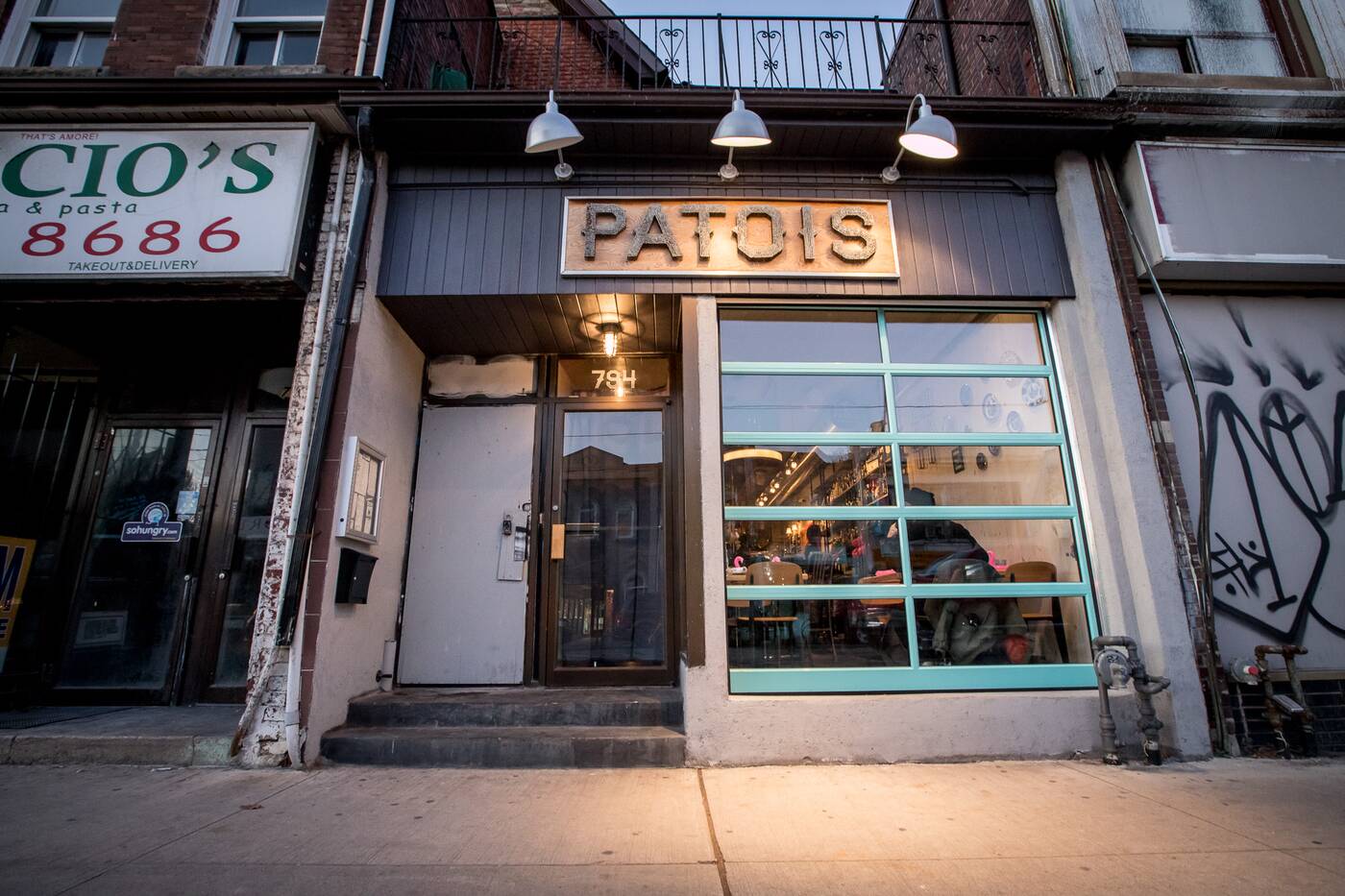