A true wonder of nature occurs every fall in Toronto when salmon migrate up through city waterways via Lake Ontario, and you can see the salmon run in rivers and streams around the city right now if you know where to look.

The annual salmon run occurs from early September until November, when Chinook and Coho salmon can be seen fighting the currents and leaping upstream to reach their spawning grounds. 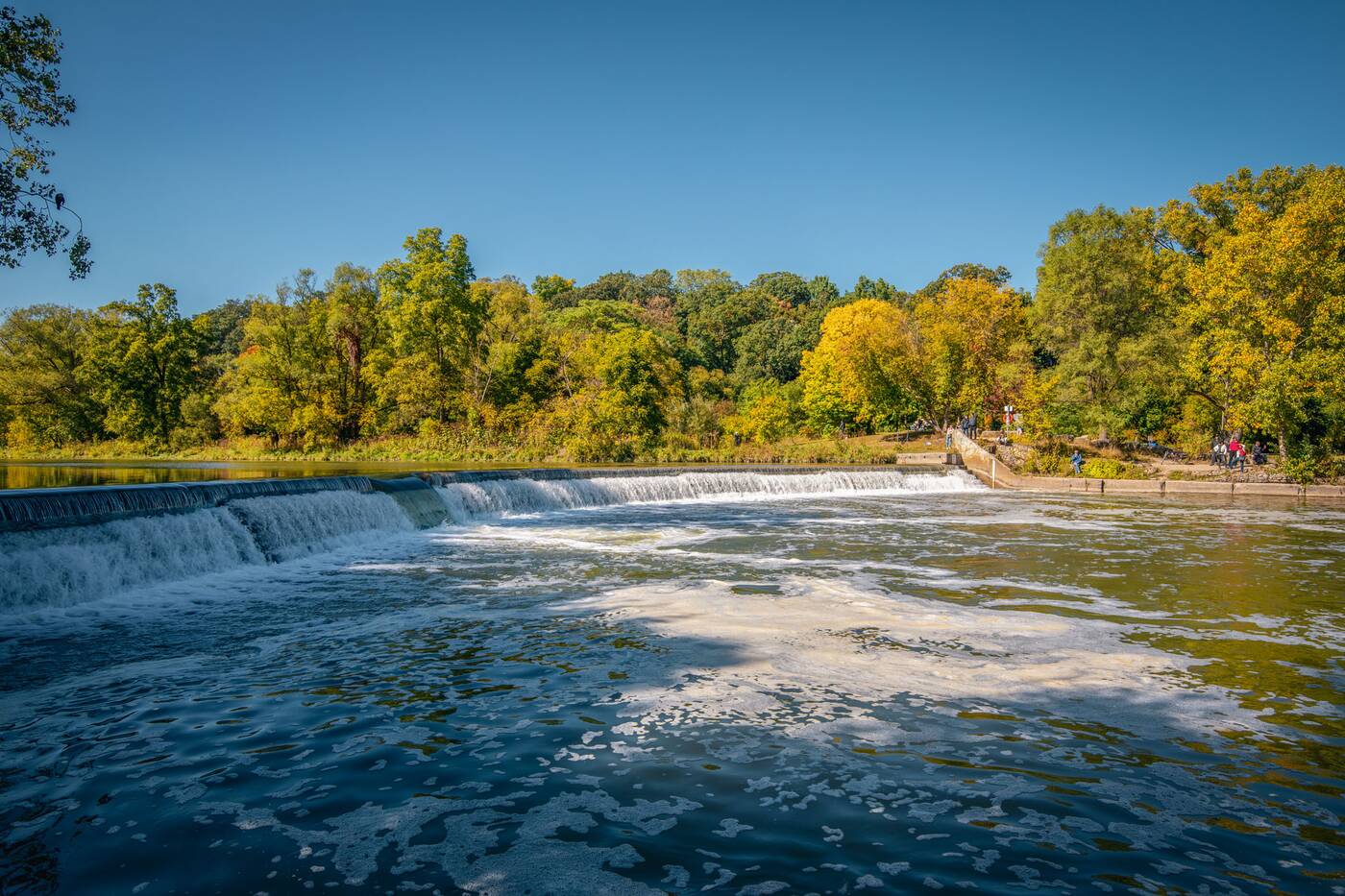 They can be spotted in rivers like the Humber and the Don, but your best bet to see see the salmon run in action is along the banks of the Humber in places like Etienne Brulé Park. 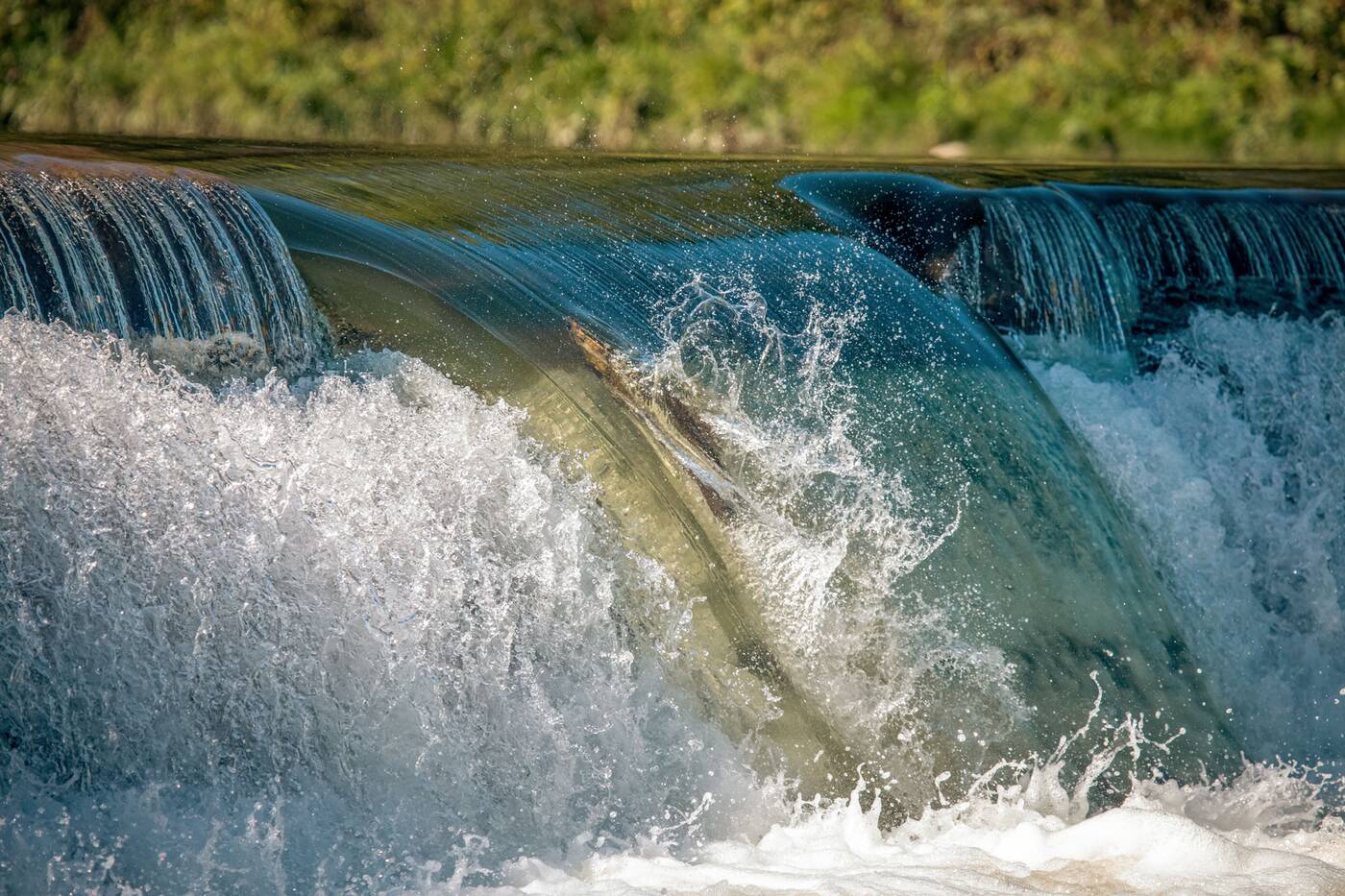 Anyone looking to check out the salmon-on-the-move can make the quick walk north from Old Mill Station, passing by the historic Old Mill Inn and taking in the gorgeous 1916-built Old Mill Bridge along the way. 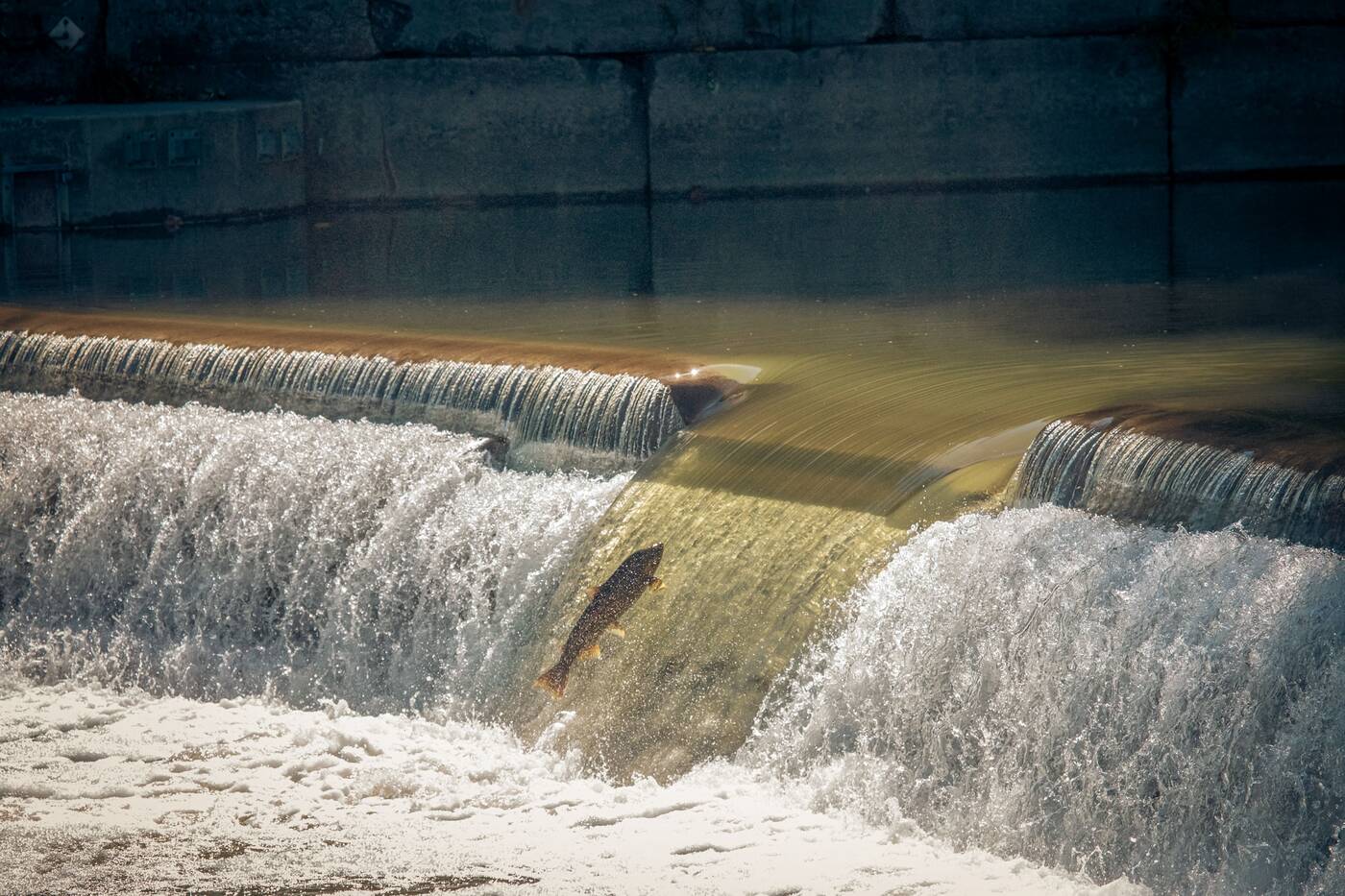 Whether you're approaching from the east or west bank of the river, you'll want to proceed north to a bend in the river, where water cascades over a concrete weir. 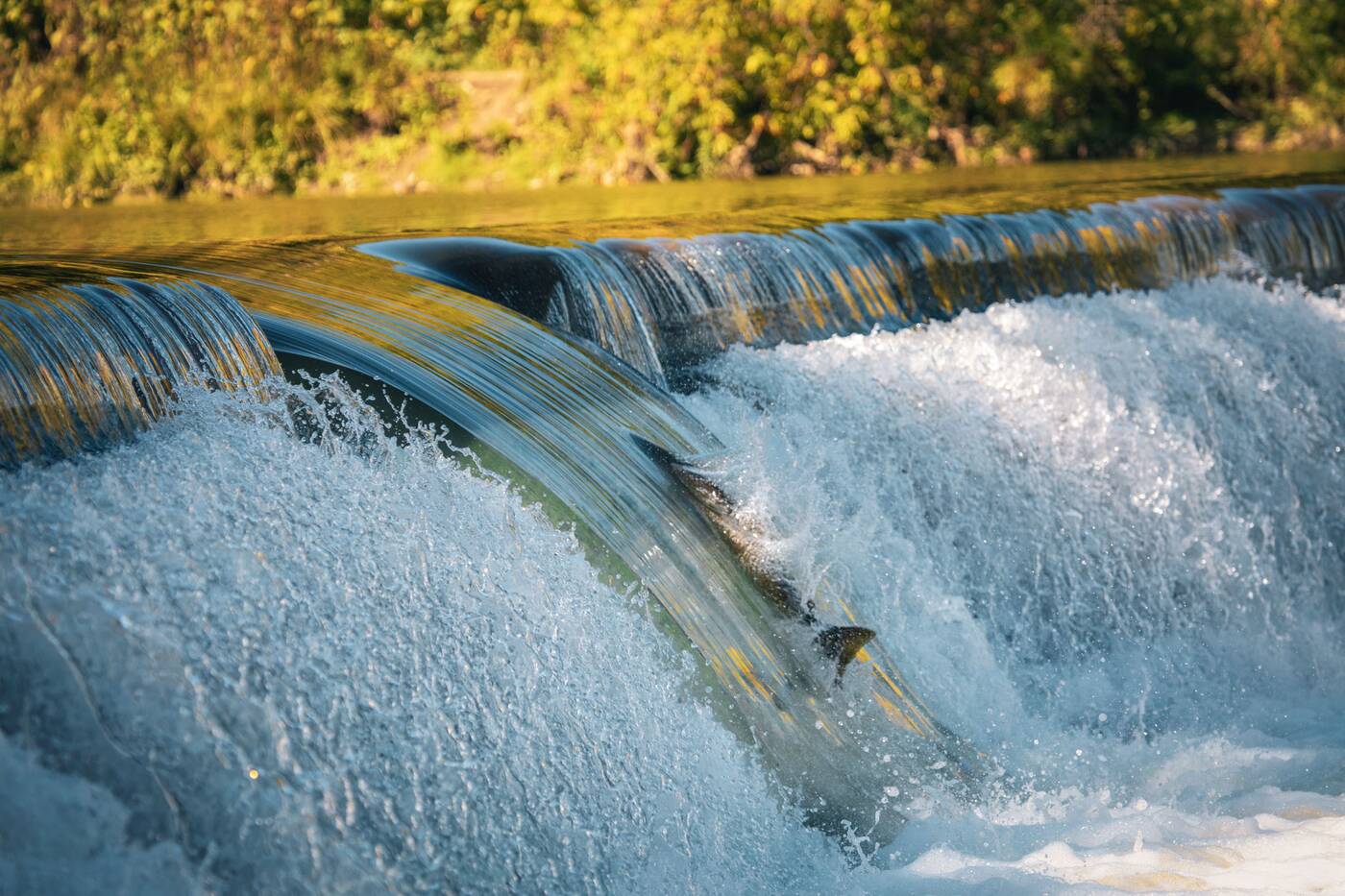 This is perhaps the best spot to see salmon leaping (or at least attempting to jump) over the weir to higher water levels, where they continue their perilous journeys upstream. 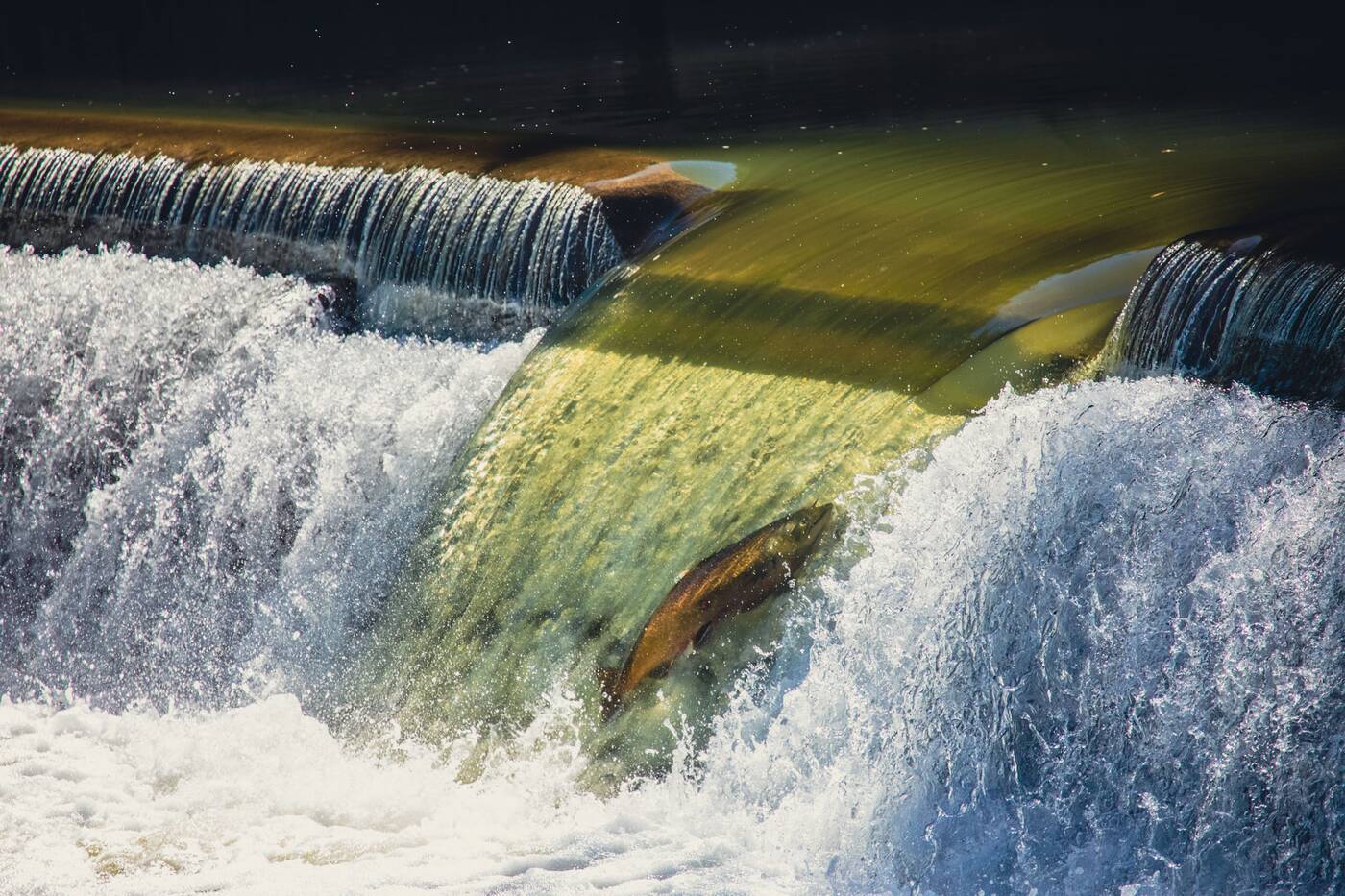 And humans aren't the only ones taking in the salmon run. Birds like cormorants and herons lurk nearby, looking to scoop up exhausted and tasty salmon packed with nutritious roe. 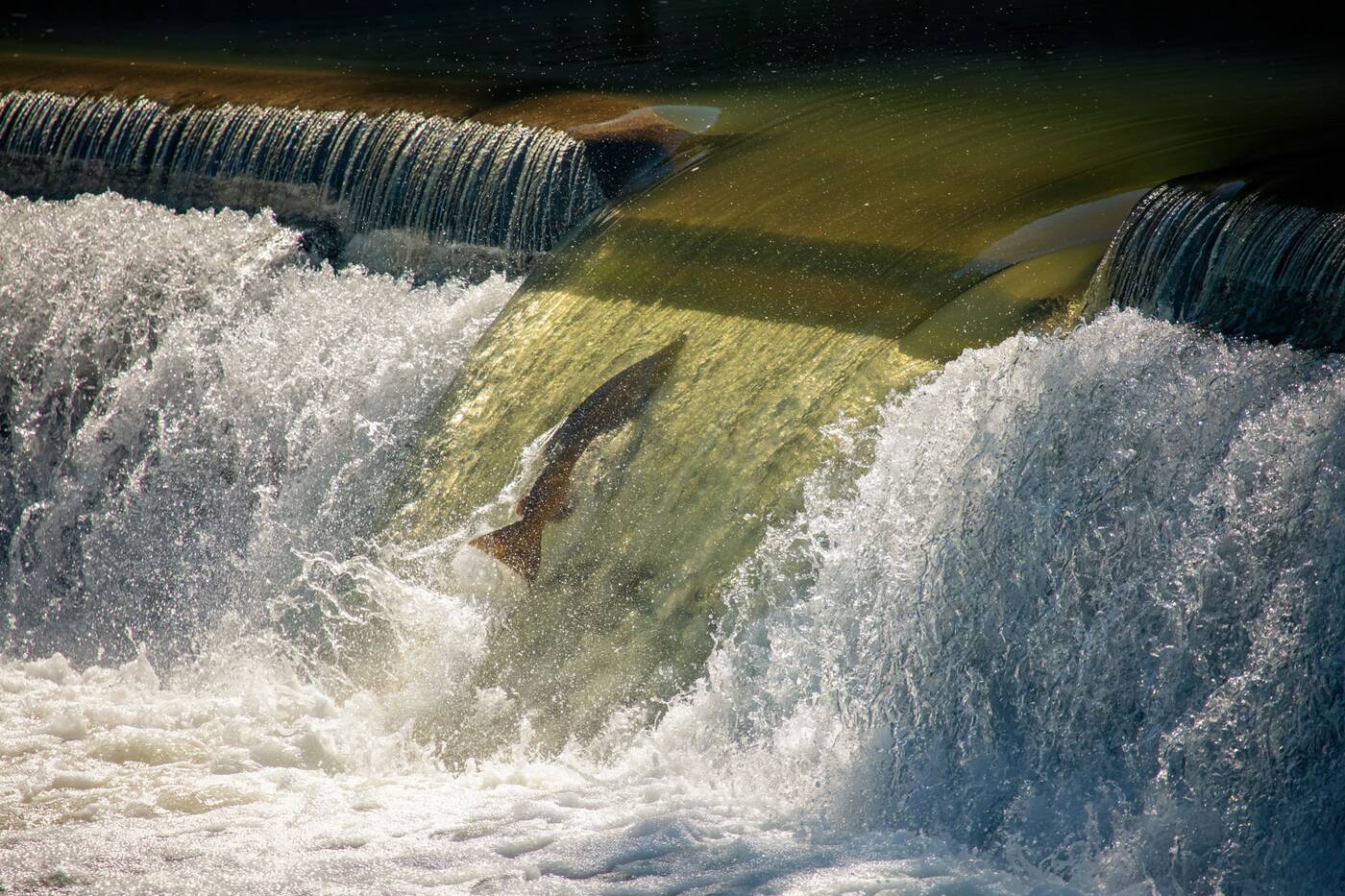 Opportunistic anglers can also be seen taking advantage of the migration, though, it probably wouldn't be a great idea to eat these fish. 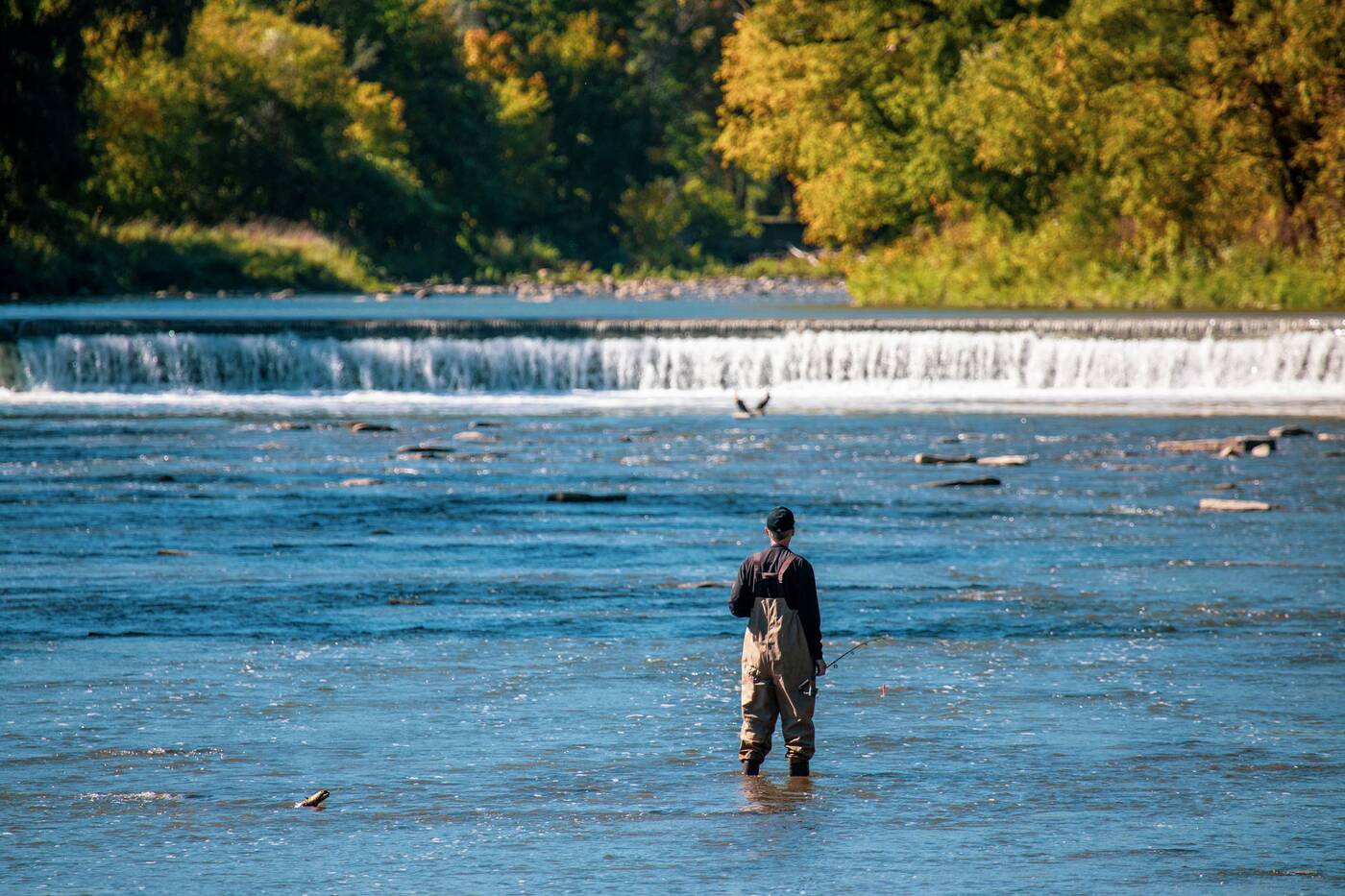 Salmon begin to degrade as they swim upstream to spawn, and, combined with local water pollution, you'd be dealing with a particularly funky chunk of salmon on your plate.

But most people lining the riverbanks this time of year are there to see the main event: jumping salmon. 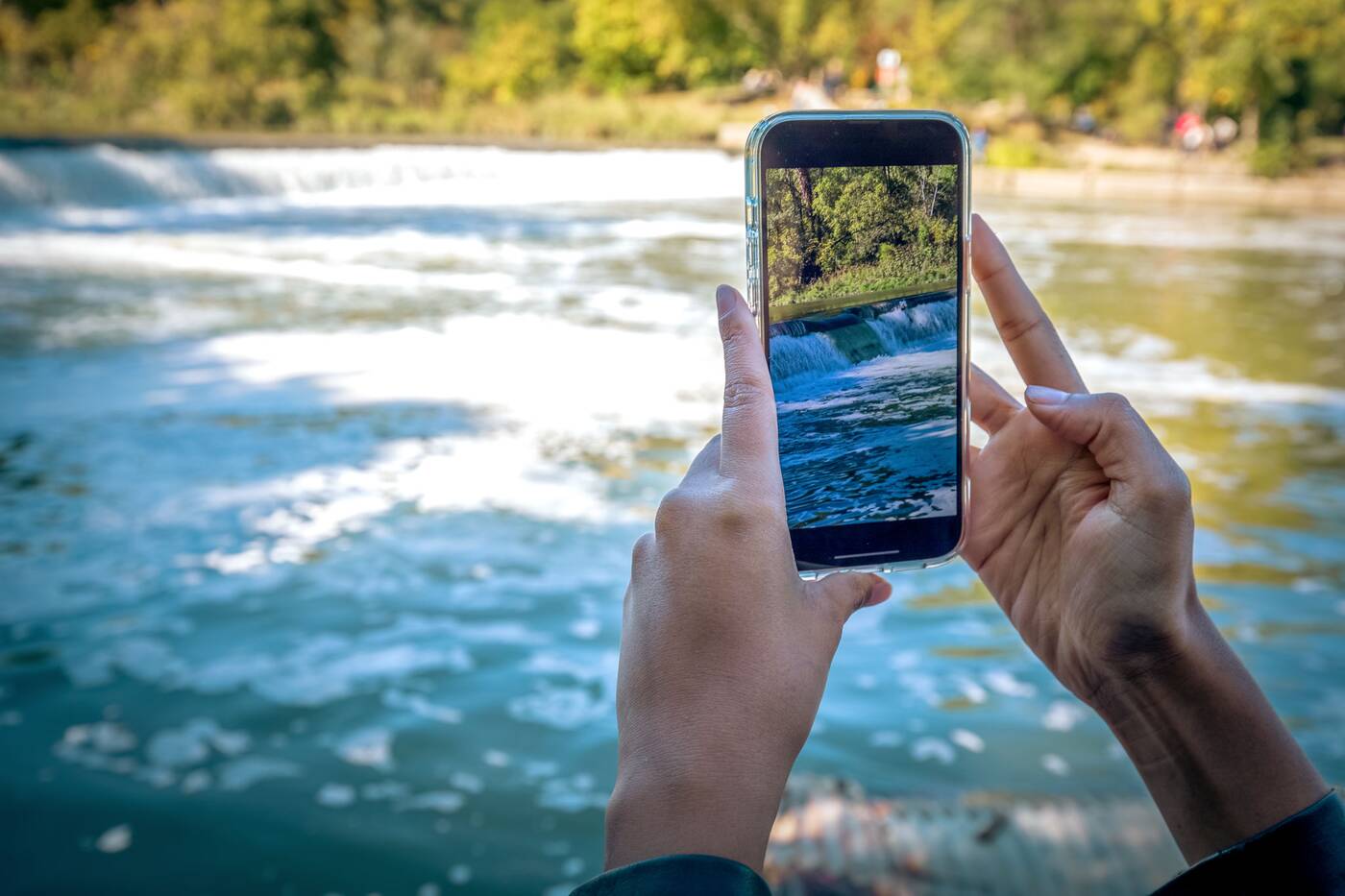 If you're patient and keep your eyes trained on the weir, you're bound to catch several of these large fish launching themselves at the weir. 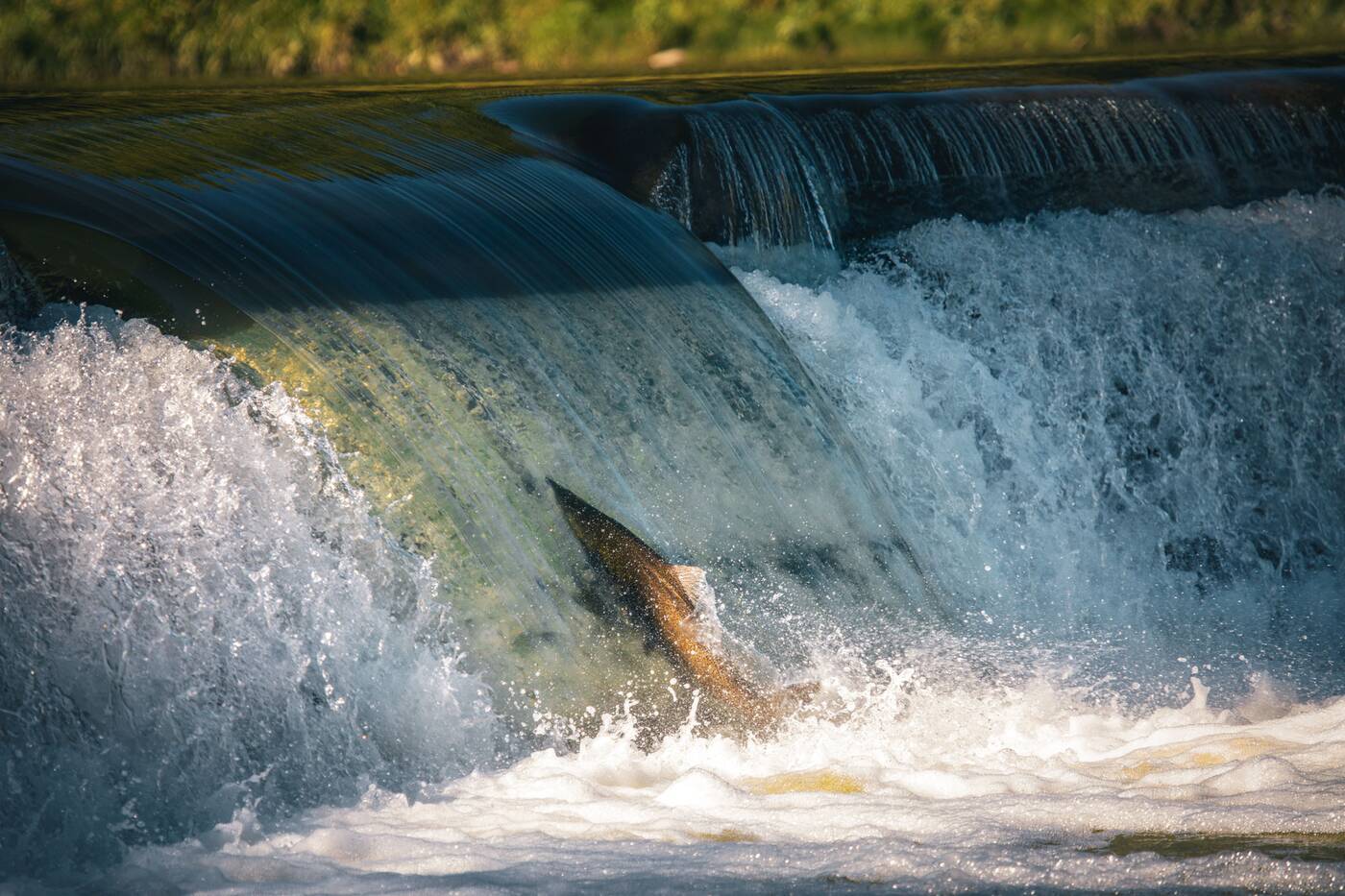 Some are successful, but many fail to make the jump and won’t make it to the next tier of the river. 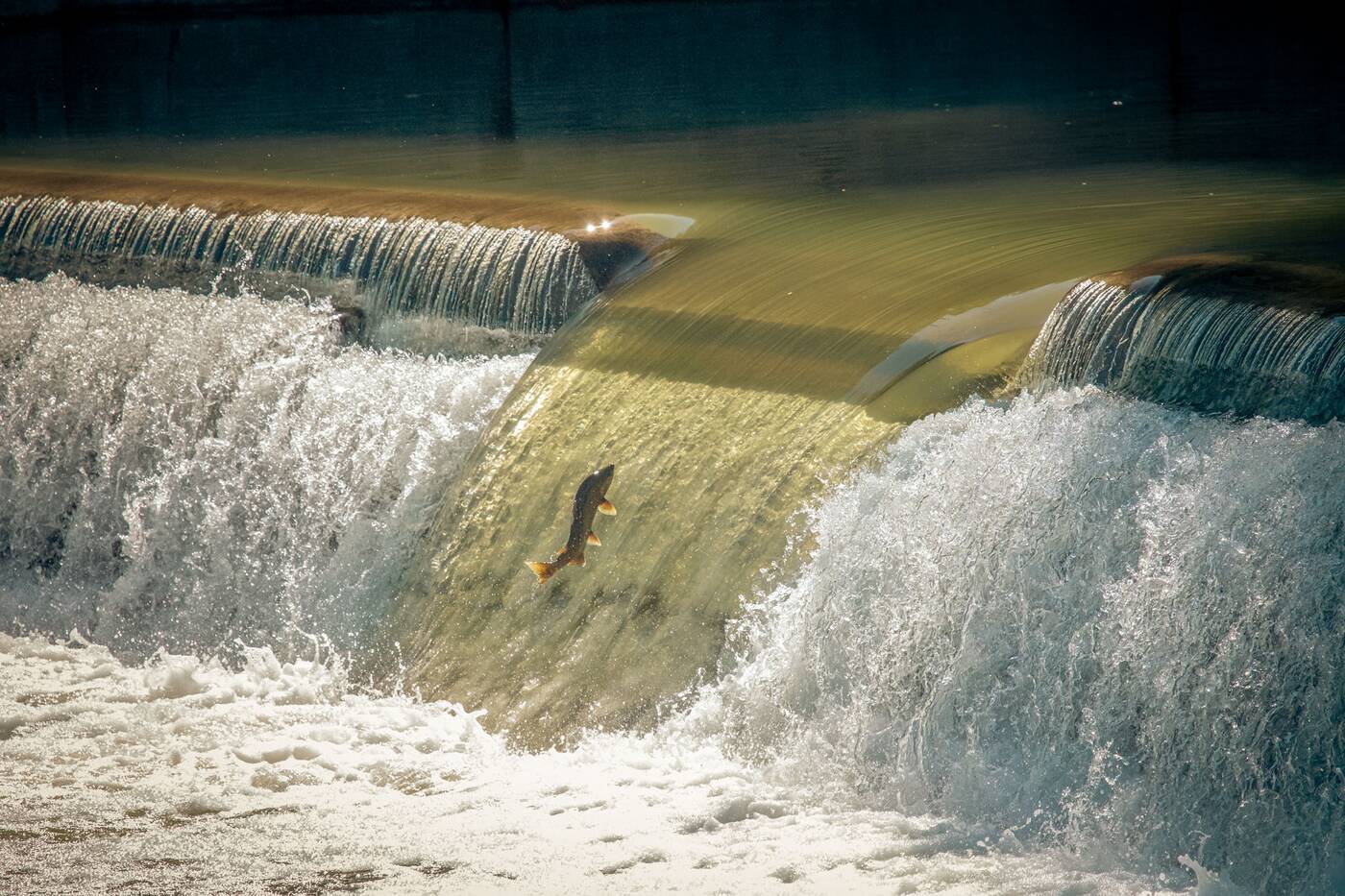 Even the lucky ones that make the jump don't have much time left, as salmon ultimately die after completing their journey and spawning.