The Ontario Line subway is set to be absolutely transformative for the city of Toronto by the time it's completed in eight years, transporting hundreds of thousands of people per day along 15 stops between Exhibition Place and the Ontario Science Centre in just half an hour's time.

While there have been a few contentious issues as far as the line's exact route, whether it will be above ground or below it and what it will mean for those who live near it, the provincial government is pushing ahead with plans to break ground in the next few years, and is keeping residents updated every step of the way.

The latest dispatch on the topic came this week, and included some major news about what will be some of the line's busiest downtown stations, which will be the centres of new "transit-oriented communities" that will bring tons of housing, office and retail space, and more to parts of the city. 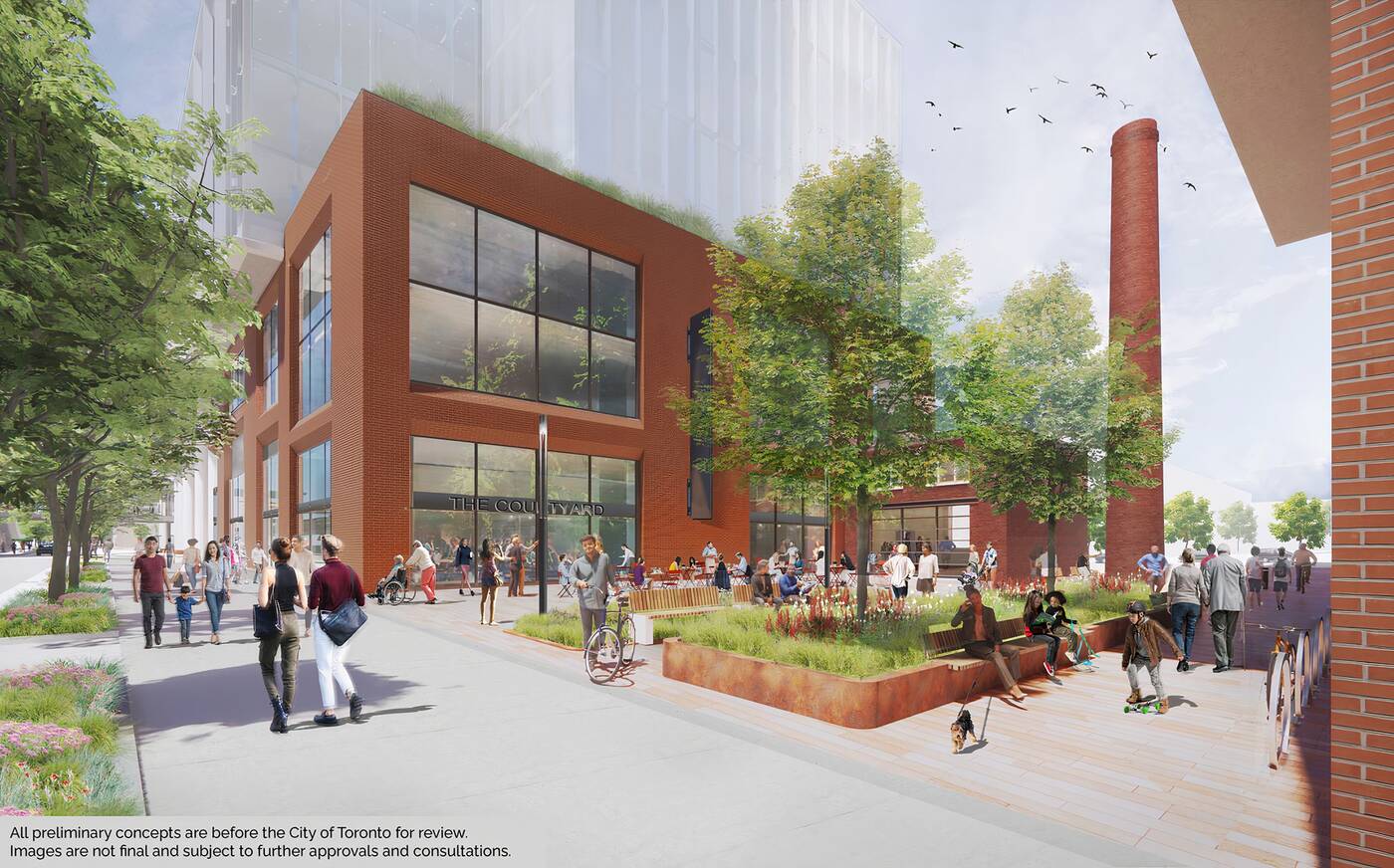 There will be a public courtyard outside the entrance to the Exhibition Station stop on Atlantic Ave. in Liberty Village. Rendering from the Province of Ontario.

Among the chosen locations for these communities are Queen West at Spadina, King West at Bathurst, the First Parliament site in Corktown and the Exhibition stop in Liberty Village.

Based on renderings released Tuesday, parts of these areas will be rendered completely unrecognizable by the time work on the various station entrances is done. 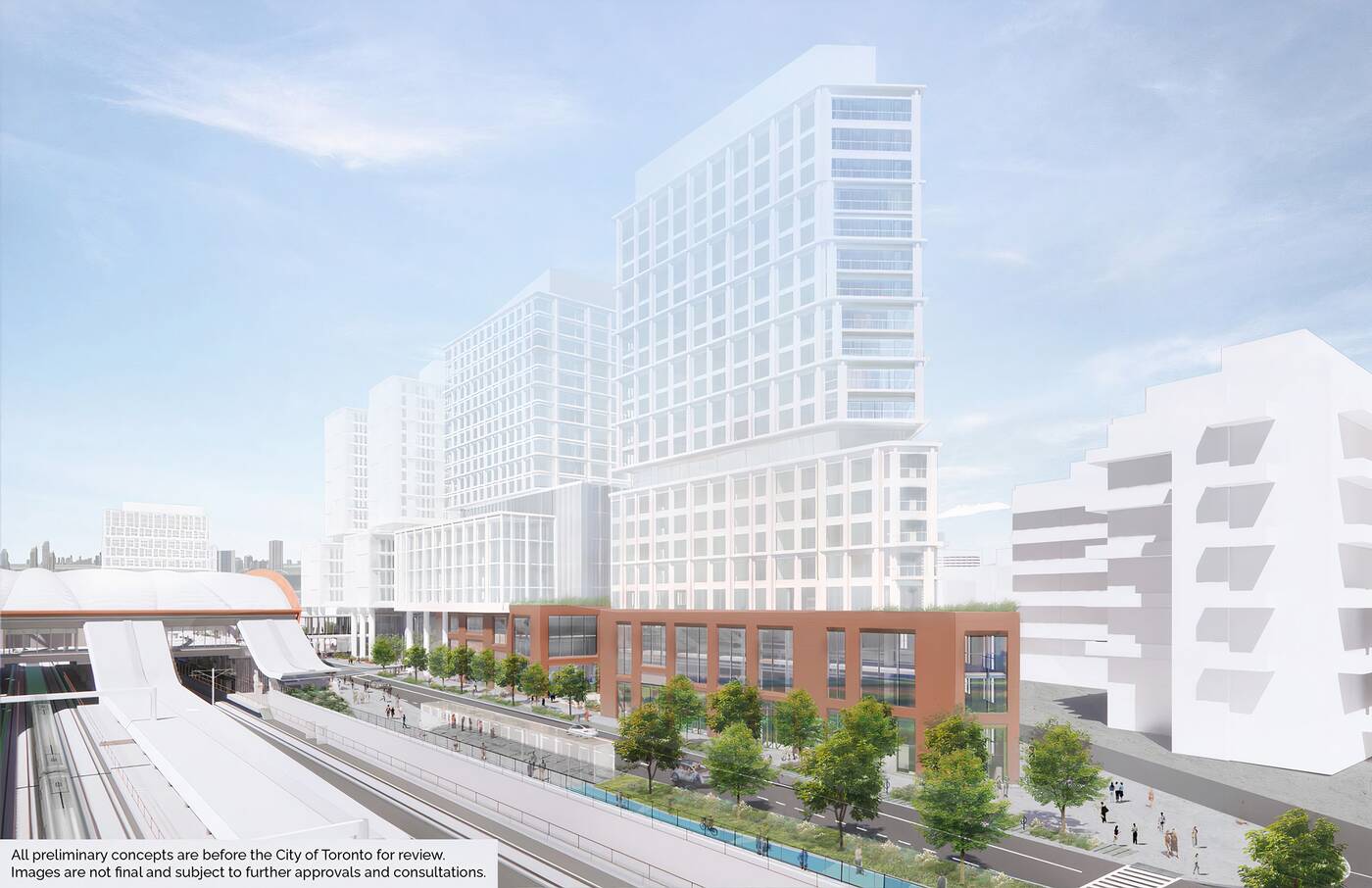 The bigger picture of what the station on Atlantic Ave. will look like, including new condos above. Rendering from the Province of Ontario.

The most dramatic visual difference will be the mega developments that will be part and parcel of the station structures, providing thousands of new housing units, commercial and public space surrounding the transit hubs.

For Exhibition Station, the route's westernmost terminus and an existing GO Station, some massive new buildings will be constructed for subway entrances on Atlantic Ave., Jefferson Ave. and Dufferin St. in Liberty Village. 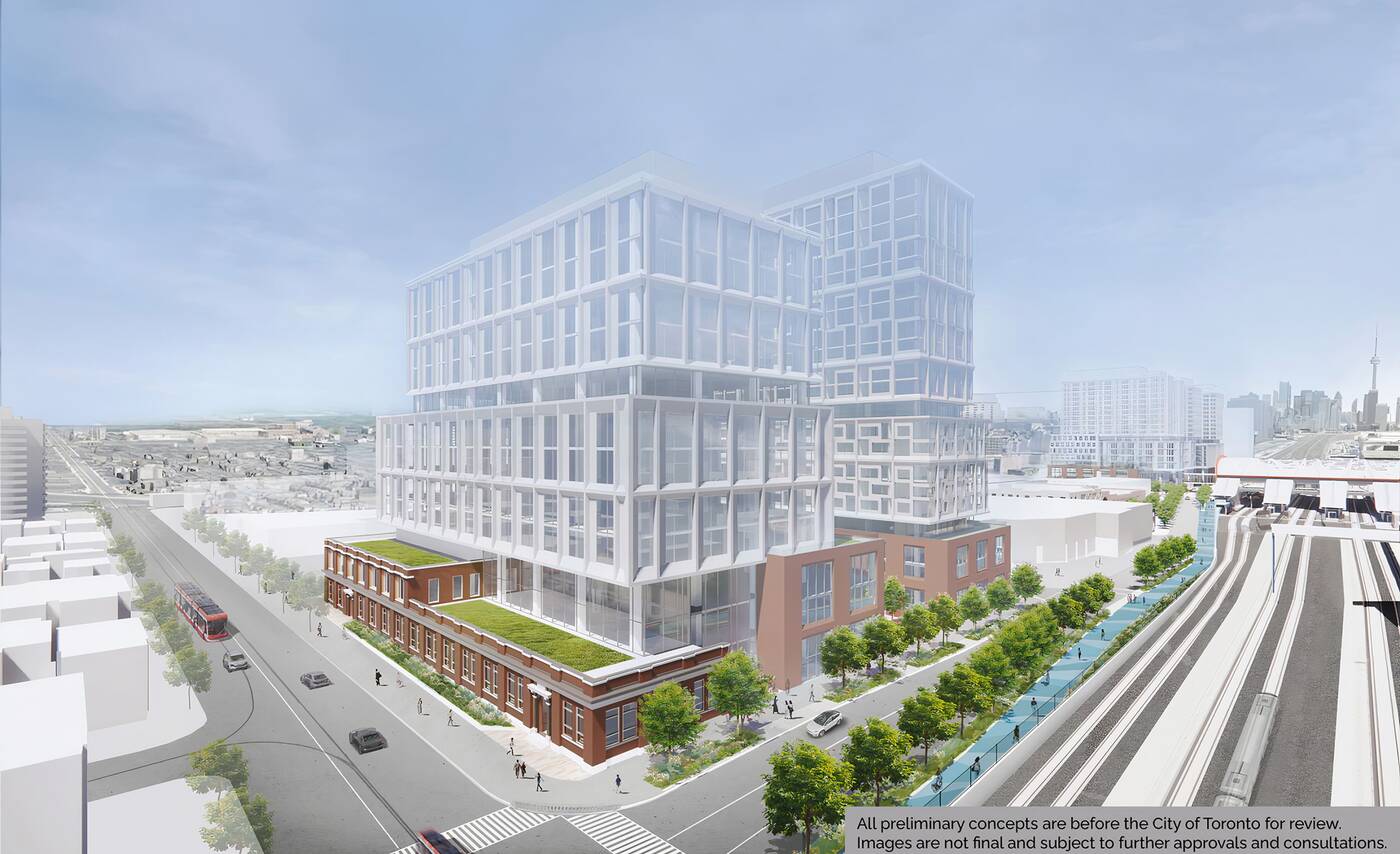 The station entrance on Dufferin St. will also include a housing development. Rendering from the Province of Ontario.

The new transit project has provided an excuse for these massive redevelopments, which will help to accommodate the influx of residents to the areas surrounding each station while also upgrading the public realm in general.

The province passed a specific act in July 2020 just to be able to build these entire new communities, which it hopes will bring more jobs to these neighbourhoods and inspire greater use of public transportation. 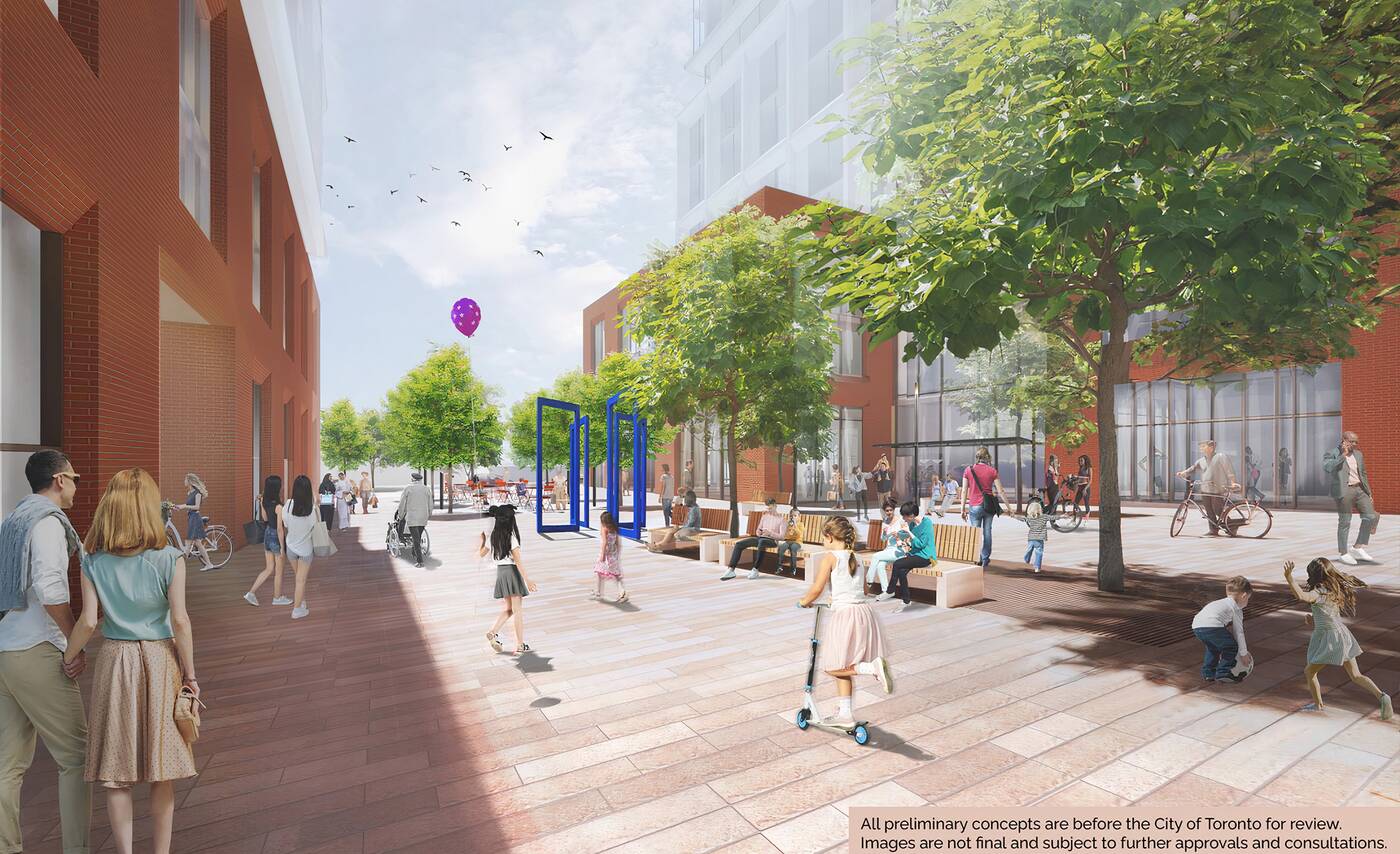 Like the Atlantic Ave. entrance, the Dufferin entrance will have some public outdoor space and public realm improvements. Rendering from the Province of Ontario.

Similar communities are in the works for stops along other forthcoming transit lines as well, such as the Yonge North Subway Extension, the Scarborough Subway Extension and the Eglinton Crosstown West Extension.

The enormity of the transportation projects themselves coupled with these redevelopments will mean a whole different Toronto within a few years.

The proposed Jefferson Ave. Exhibition Station entrance, courtesy of the Province of Ontario.