Leslieville residents gathered at Bruce Mackey park on Saturday to protest proposed changes made to the Ontario Line subway system that could destroy some of their most beloved parks.

We have just learned that Metrolinx has changed the Ontario Line alignment in our area to the west side of the rail corridor without consulting, or even informing, the community. This will effectively destroy Bruce Mackey Park, Saulter St. Parkette and Gerrard Dog Park.

Both Bruce Mackey park, named after a neighbourhood icon that assisted in the development of the hit show Degrassi, and neighbouring Jimmie Simpson park threaten to be destroyed by an above-ground section of the new subway line that will run through the parks. 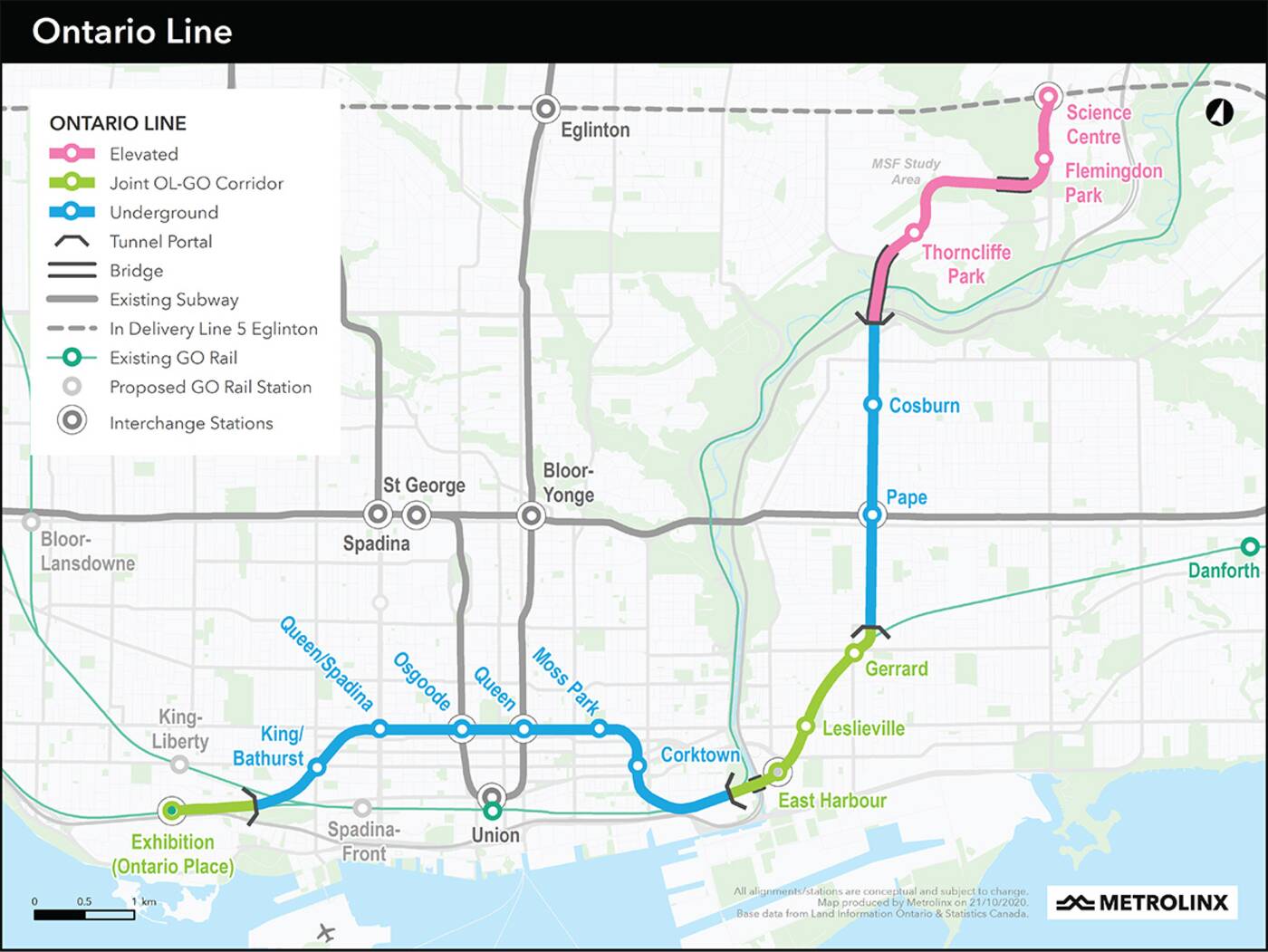 The groups Save Jimmie Simpson and Lakeshore East Community Advisory Committee were both in attendance to show their discontent with having beloved greenspace be threatened by the project.

The groups have even taken the initiative to design a plan that continues underground along the same area, out of the way of various community spaces.

"We already have a preapproved design for an underground relief line running almost along the same area with a station on Queen...I don't know why they are so resistant," Councillor Paula Fletcher told CTV News.

A number of other parks including Saulter St. Parkette and Gerrard Dog Park are also being threatened by the current Metrolinx plan. A number of nearby businesses and home owners are also worried about the noise and pollution an above ground subway line would cause to the area.

With work scheduled to begin in 2023, there's still time for those passionate about the issue to get the province to change their mind about a plan that could devastate the neighbourhood.