In the second major public transit announcement in only two days, Premier Doug Ford has revealed that Etobicoke, Mississauga and Pearson Airport are getting closer to being connected to the downtown core via the Eglinton Crosstown LRT.

Echoing the update the province gave on Tuesday about the Scarborough subway extension — which is likewise pushing ahead quite quickly thanks to the newly-implemented Building Transit Faster Act — Ford said in his daily media briefing on Wednesday that Queen's Park is formally requesting the plans from potential builders of the $4.7 billion Eglinton Crosstown West Extension.

Ontario is one step closer to delivering relief to transit riders. The province is issuing a Request for Proposals for advance tunnelling work on the Eglinton Crosstown West Extension. https://t.co/PFEHrfflIC

This marks a major push toward actually beginning the tunnelling process for the 9.2 km underground subway line, which will run seven stops from Mount Dennis Station west to Renforth Drive, with a planned multi-stop connection from there to a new "Union Station West" at the airport.

It will also connect with multiple other modes of public transit in the area, such as the Kitchener GO Line, and the Mississauga MiWay and GO.

Much like the Scarborough extension, work on the Crosstown West will likely begin next year, despite the fact that completion of the Crosstown LRT itself has been delayed until 2022. 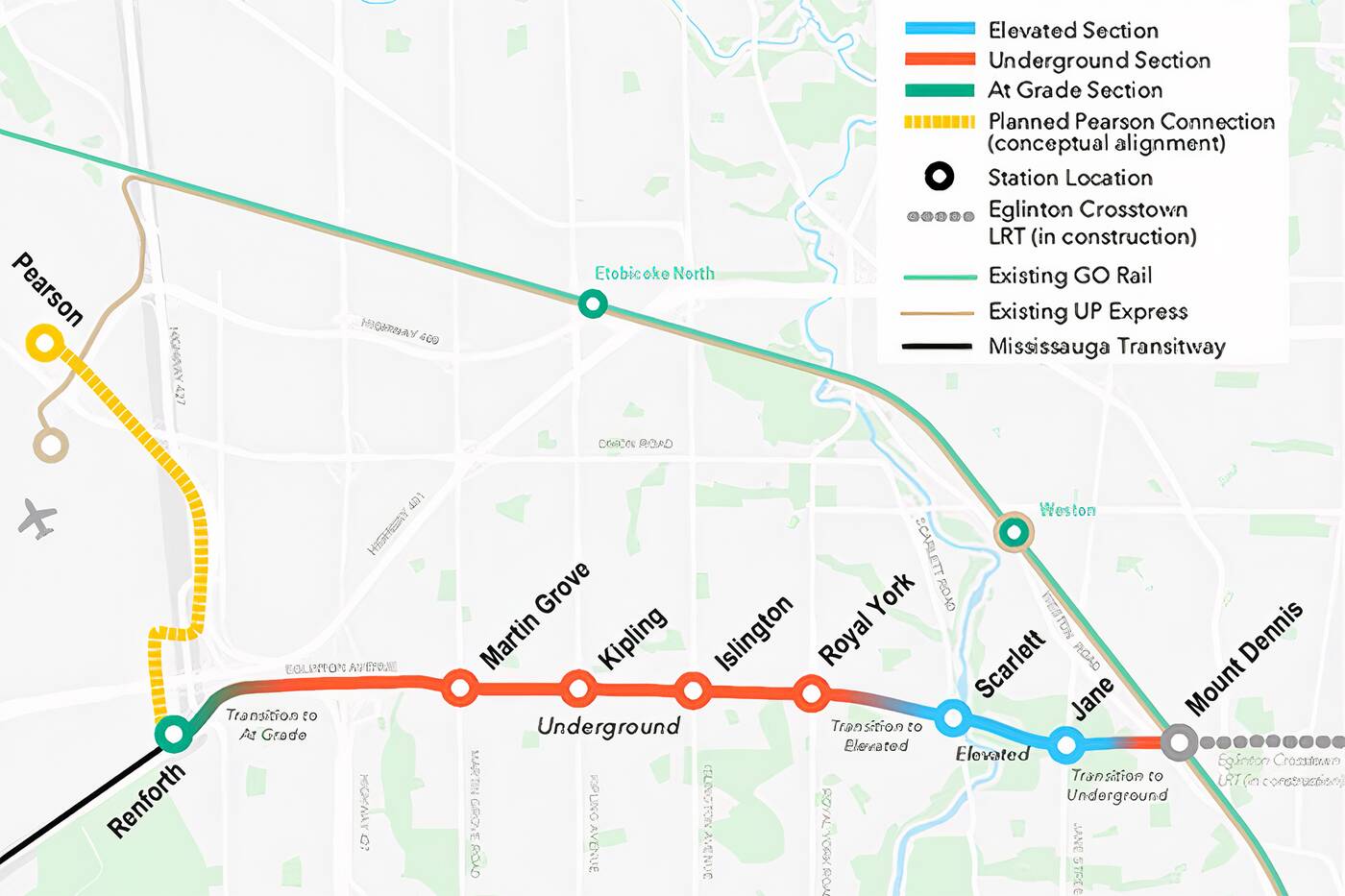 The route of the proposed Eglinton Crosstown West extension. Via Metrolinx.

It is one of four major projects, including the controversial Ontario Line, which comprise Ford's staggering $28.5 billion subway plan for the GTA.

Ford noted in his presser that construction of the line will not disrupt traffic on Eglinton Avenue West, unlike the construction for the LRT, which has been a pain point for local businesses, drivers and pedestrians for years.