Yonge and Eglinton is a total pedestrian nightmare right now

There's no doubt that when construction of the Eglinton Crosstown LRT wraps up, it will bring forth huge change for Toronto transit. But for now, it's turned one of the city's busiest intersections into a pedestrian nightmare.

As Crosslinx, the company contracted by Metrolinx, continues its tunneling beneath Eglinton Avenue, the construction on the surface of Yonge Street reaches another level of congestion on every corner. 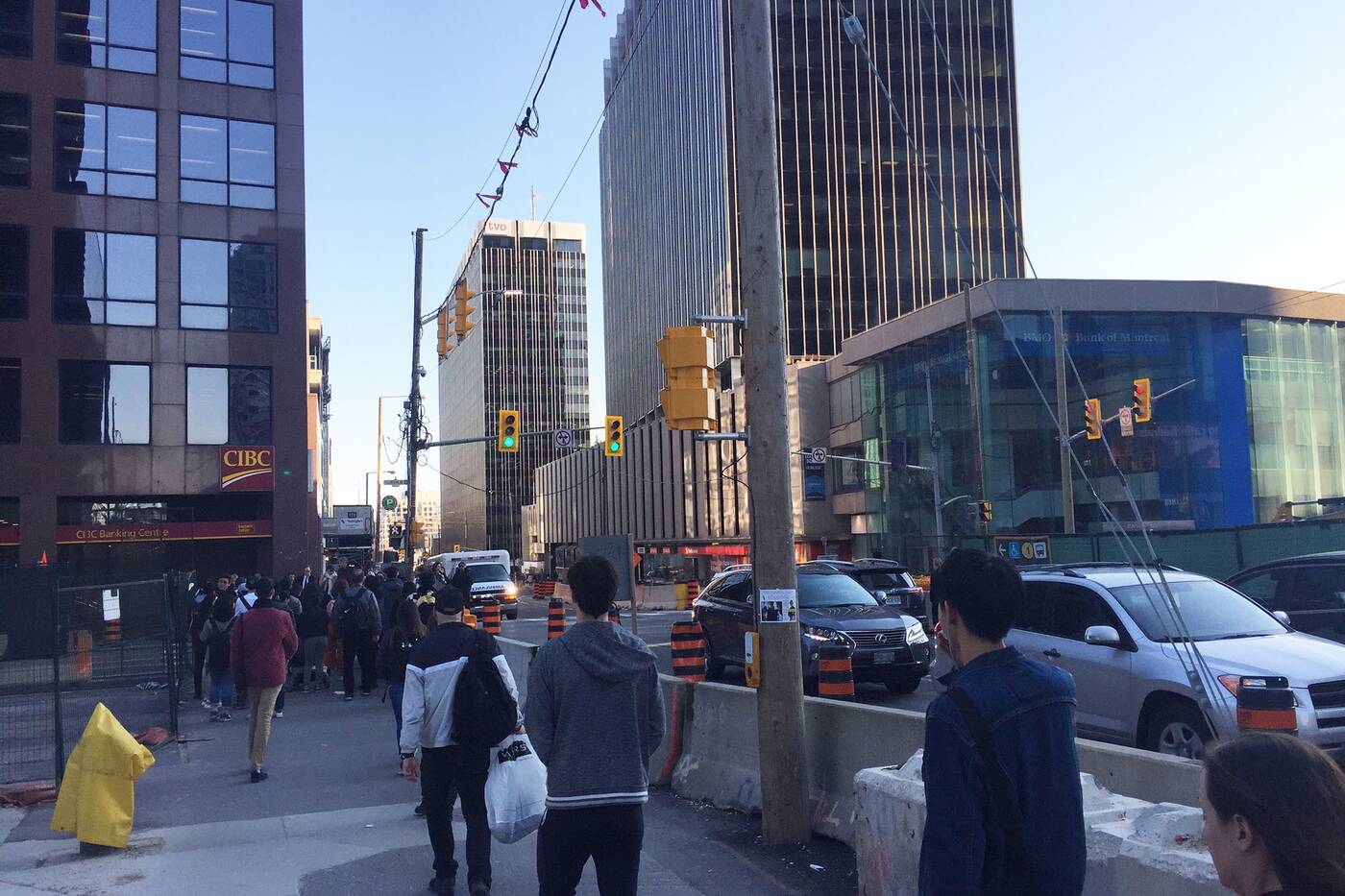 Pedestrians must navigate the crowded corridor through a series of pathways sectioned off with pylons, concrete barriers and construction fencing. 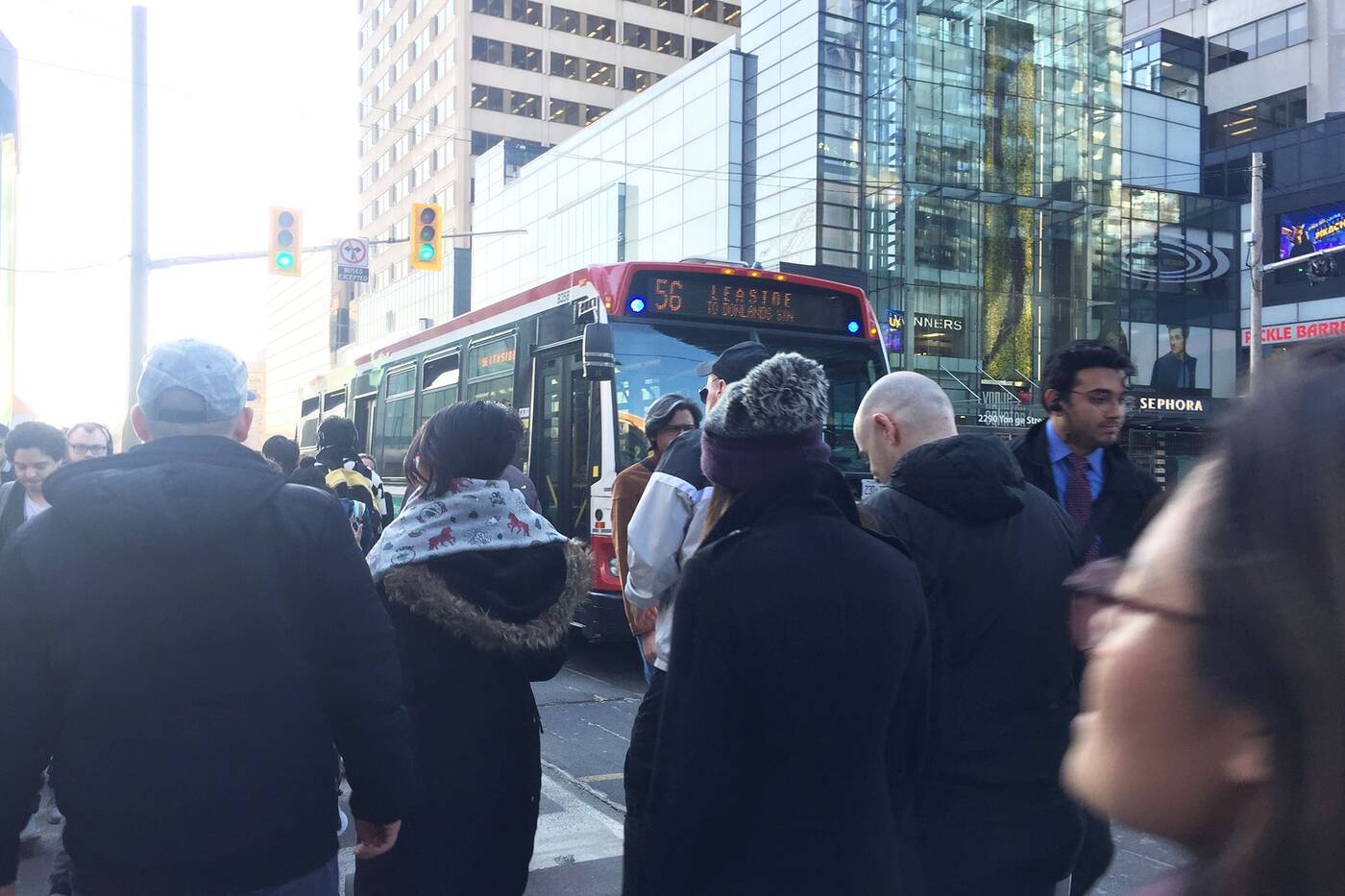 The construction has reduced Eglinton to two lanes, making for a battleground between pedestrians, cars and transport vehicles. 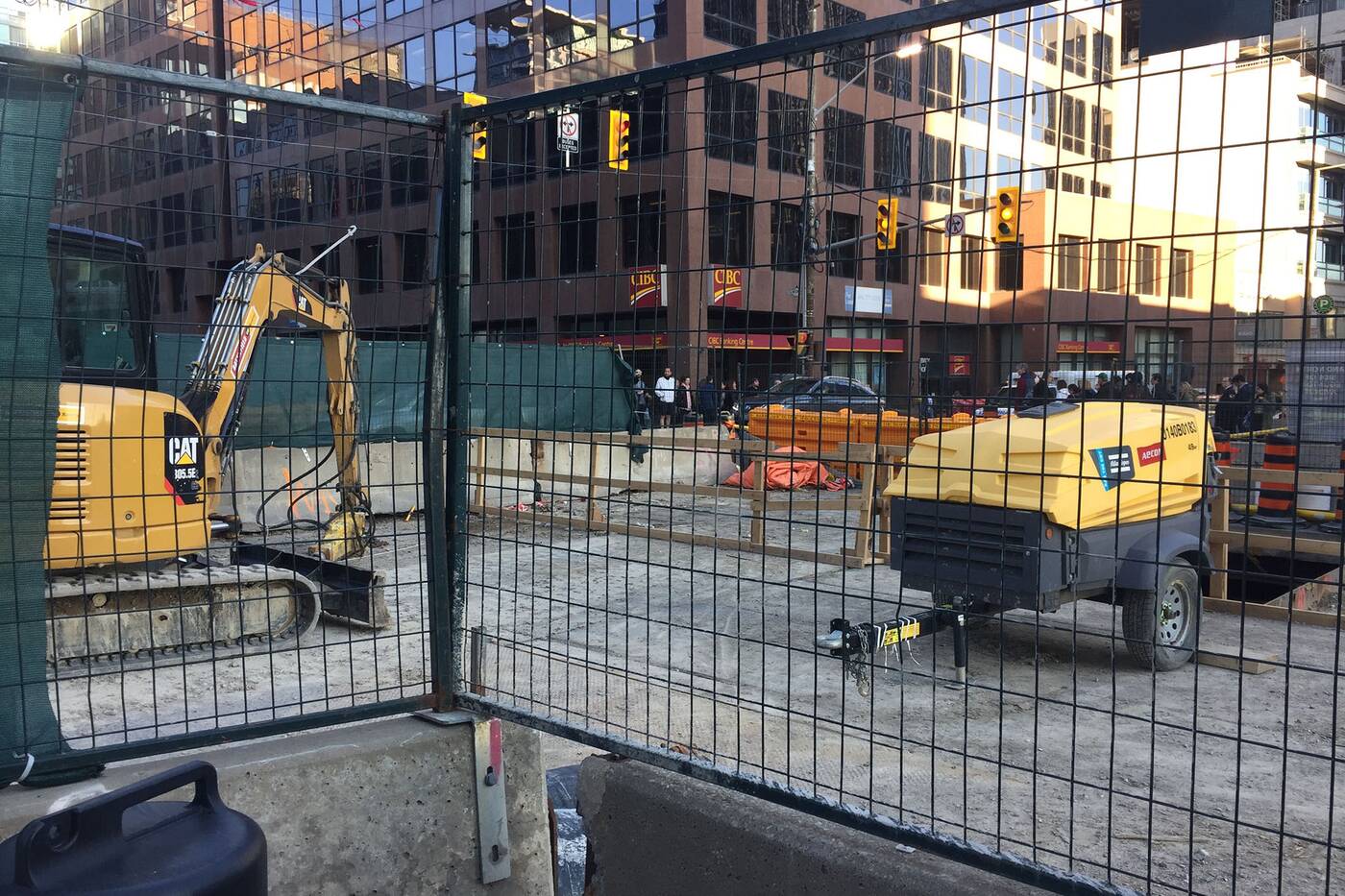 A construction zone on the north west corner with equipment takes up a large portion of the intersection, and has resulted in the closure of the crosswalk between the north and south side of Yonge Street.

Pedestrians are only able to cross on the east side. 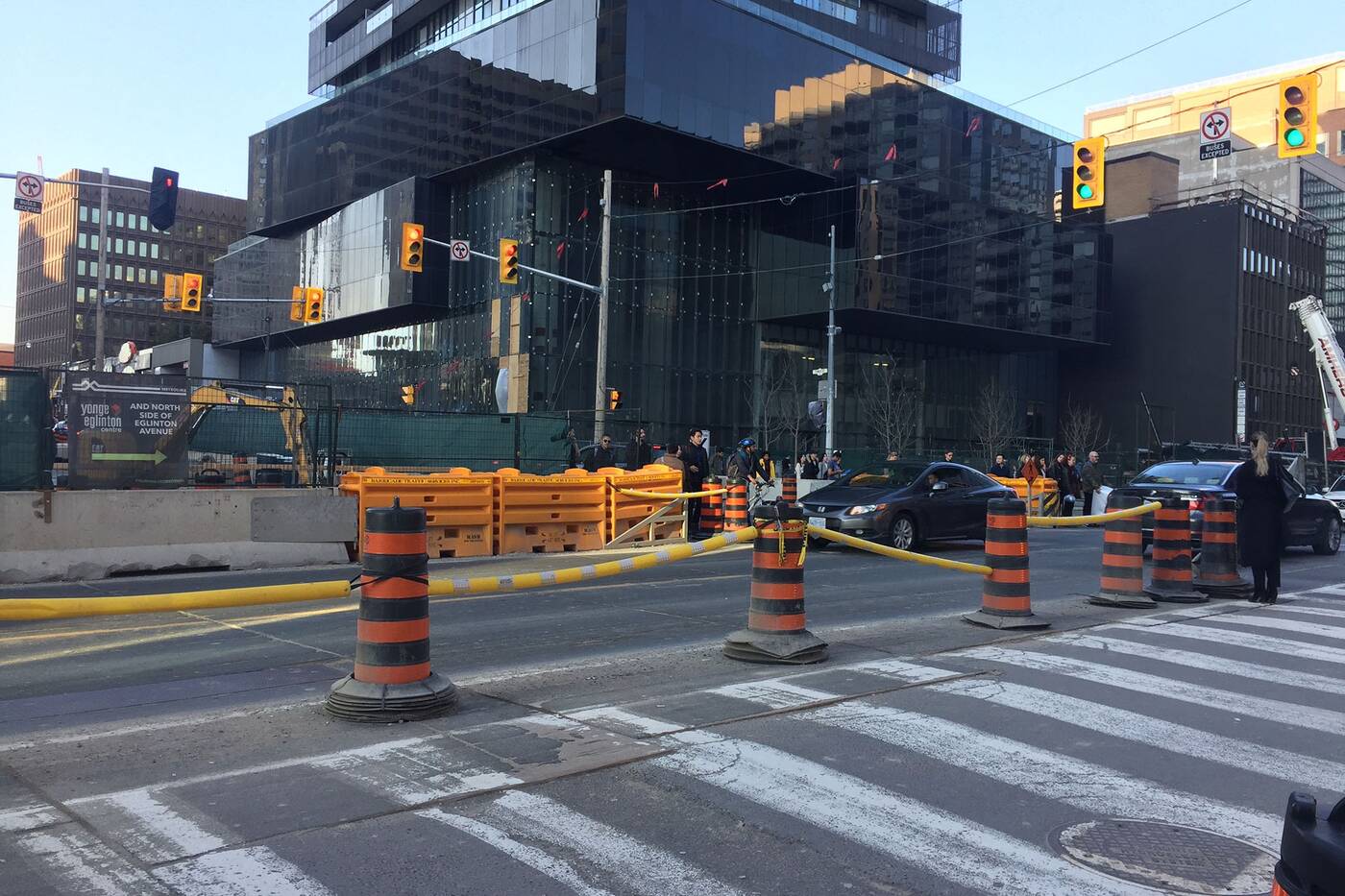 It's not only the Crosstown that's created congestion around the high-density intersection, however, as construction of the E Condos on the north east corner continues as well. 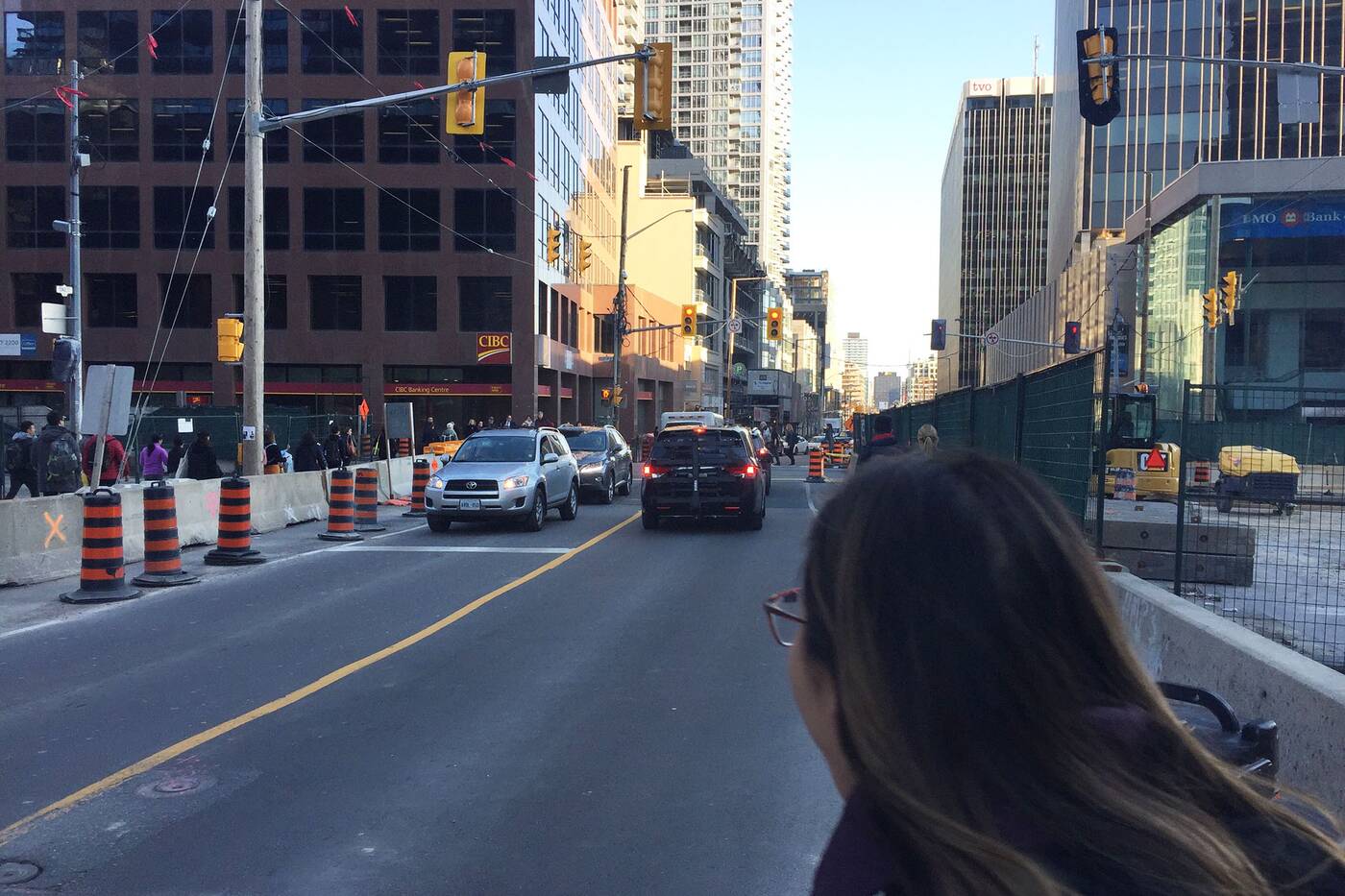 The north crosswalk has been displaced to a few metres away from the intersection.

"It's a pedestrian hell there, that's for sure," said Councillor Mike Colle of Ward 8 Eglinton-Lawrence, whose ward is one of three that borders the intersection.

Colle outlined that the city is actively working to place crossing guards and traffic wardens around the intersection to help pedestrians and vehicles navigate the labyrinth.

Metrolinx spokesperson Nitish Bissonauth said that the company monitors traffic and pedestrian patterns, then makes any adjustments where necessary.

"That can include changing signage to help drivers (and pedestrians) navigate safely along Eglinton Avenue and on local side streets," he said.

Some of the construction in the area was initially expected to wrap up by the end of this year, but has since been extended to September 2021.