This morning, six-and-a-half months after Canada's federal government officially legalized recreational marijuana, Ontario finally joins every other province and territory across the country (except for Nunavut) in allowing brick-and-mortar cannabis retail stores to operate.

There’s already a big lineup outside The Hunny Pot before it opens as #Toronto’s first legal cannabis store #QueenWest pic.twitter.com/oWttBL3x4P

The AGCO has authorized only 10 stores to open in Ontario out of an expected 25 as of April 1, all of them chosen earlier this year through Doug Ford's controversial lottery system.

It remains unclear, however, how many of those stores will open today.

In Toronto, where five of the province's 25 total license applications were awarded, only two stores have been approved for launch by the government—and only one of those two stores actually opened its doors this morning: The Hunny Pot at 202 Queen St. W. 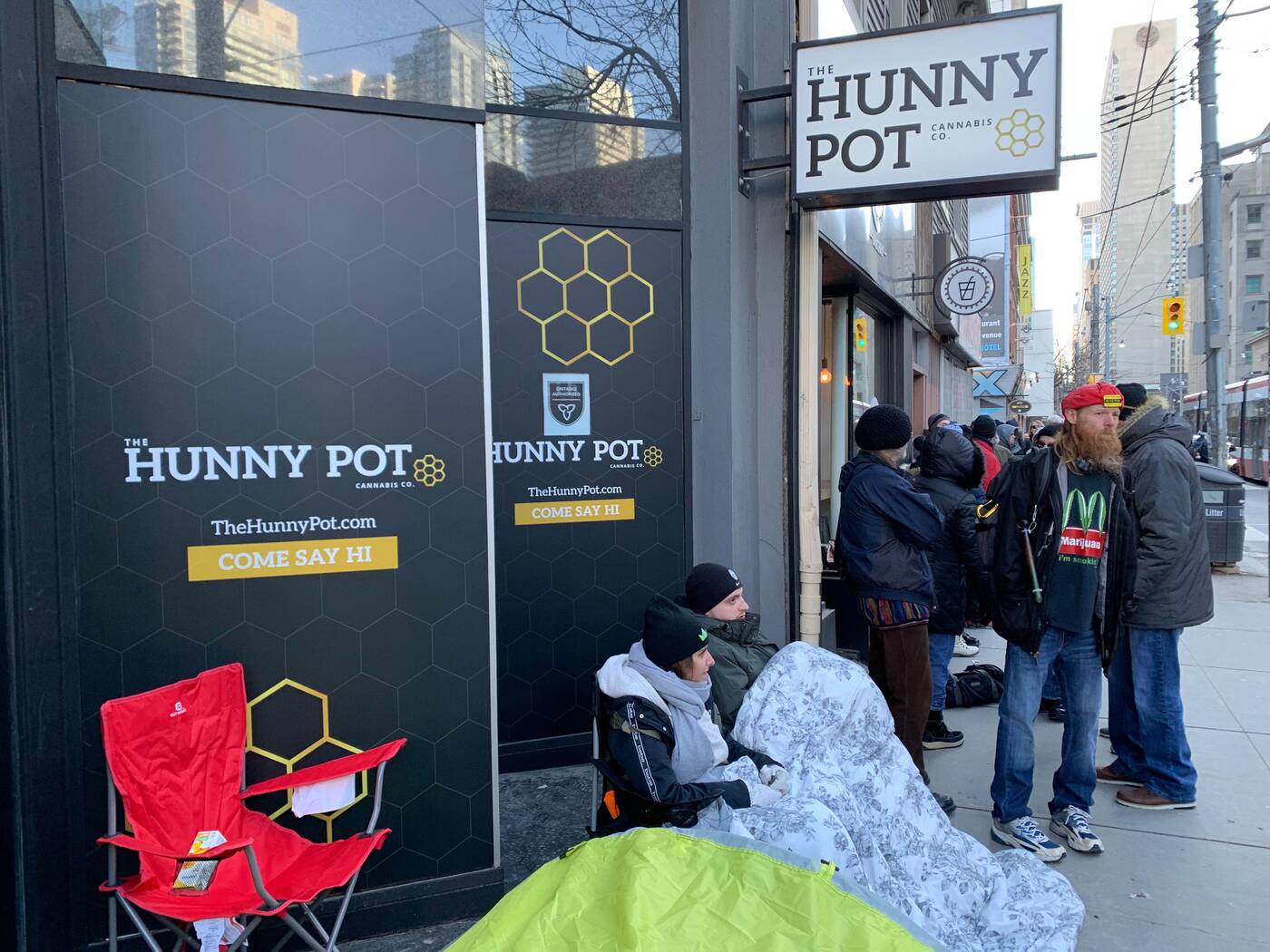 Customers say they arrived as early as 24 hours in advance to ensure they'd be one of the first to "make history" by purchasing legal weed from a store in Toronto. Photo by blogTO.

You can find The Hunny Pot in what was once New Era's Flagship store on Queen near University, but good luck getting inside to buy anything.

News of the Hunny Pot's early market dominance has spread fast and far in recent days, prompting some eager customers to camp out in front of the store all night in anticipation of its 9 a.m. launch.

Now open, the lineup is squirreling down the sidewalk and around the corner of St. Patrick street. 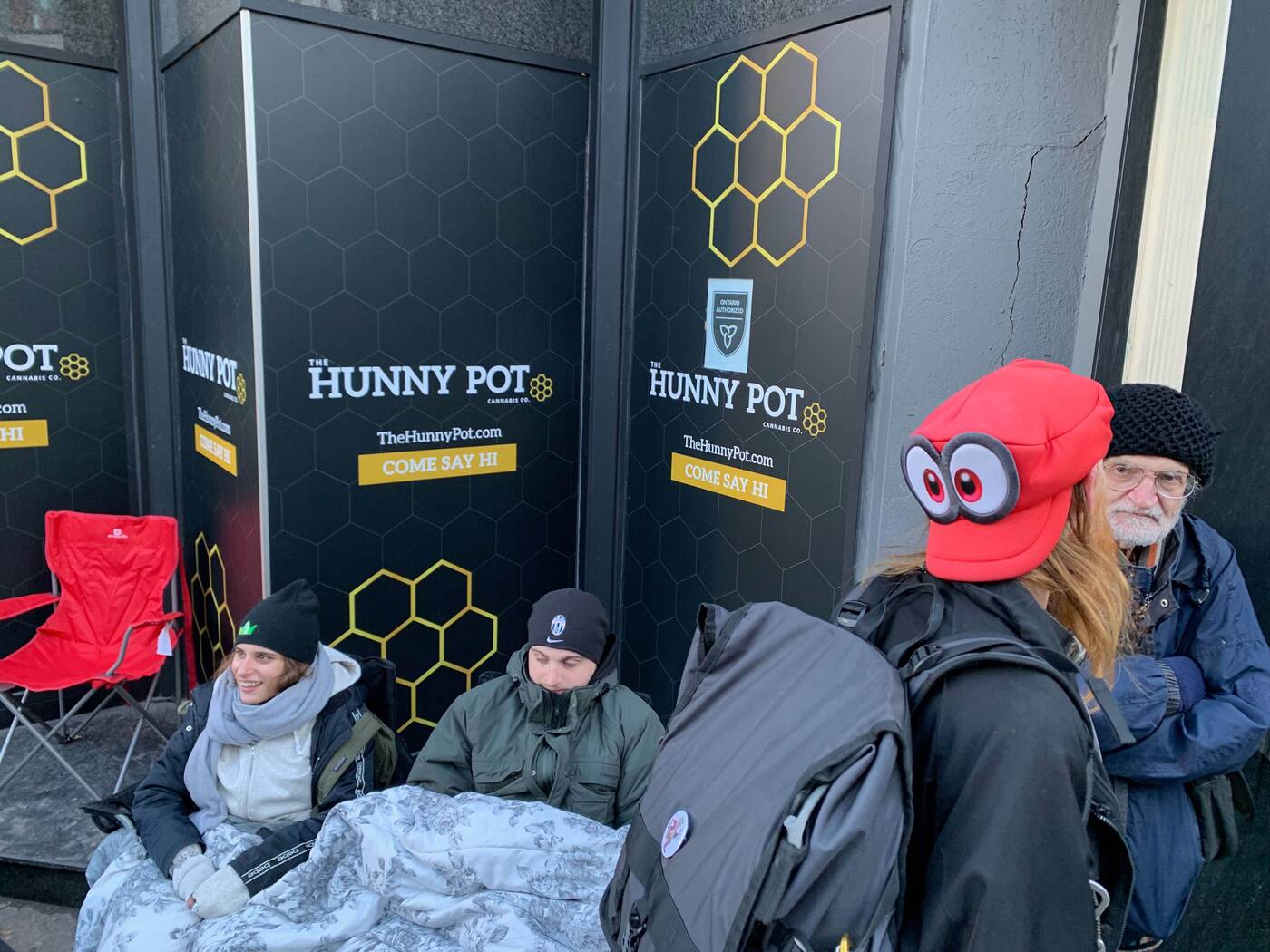 Security guards are stationed outside The Hunny Pot amidst dozens of waiting potential consumers. Photo by blogTO.

Interested Toronto buyers can either bundle up and wait outside the Hunny Pot or hit the Ontario government's own website to legally purchase cannabis right now.

Four other stores set to open in the city this spring: Ameri in Yorkville, Nova Cannabis at the old American Apparel in Queen West, a Tokyo Smoke in the former HMV near Yonge-Dundas Square and Canna Cabana at Yonge and College.

Ameri is the only retail cannabis store that has been authorized to open in the city so far, aside from Hunny Pot, though a sign on the Yorkville shop's door specifies that it won't be open on April 1.