The Alcohol and Gaming Commission of Ontario is slowly but surely rolling out the names and addresses of those lucky 25 cannabis stores permitted to open on April 1.

Yesterday, we learned that a pot shop called "Ameri" is slated for Toronto's chi-chi Yorkville neighbourhood, but only one other store (a place in St. Catharines) was listed in the AGCO's registry at the time.

Today, two more addresses popped onto the list: One of them in Brampton, the other in Toronto where New Era used to be at 202 Queen St. West. 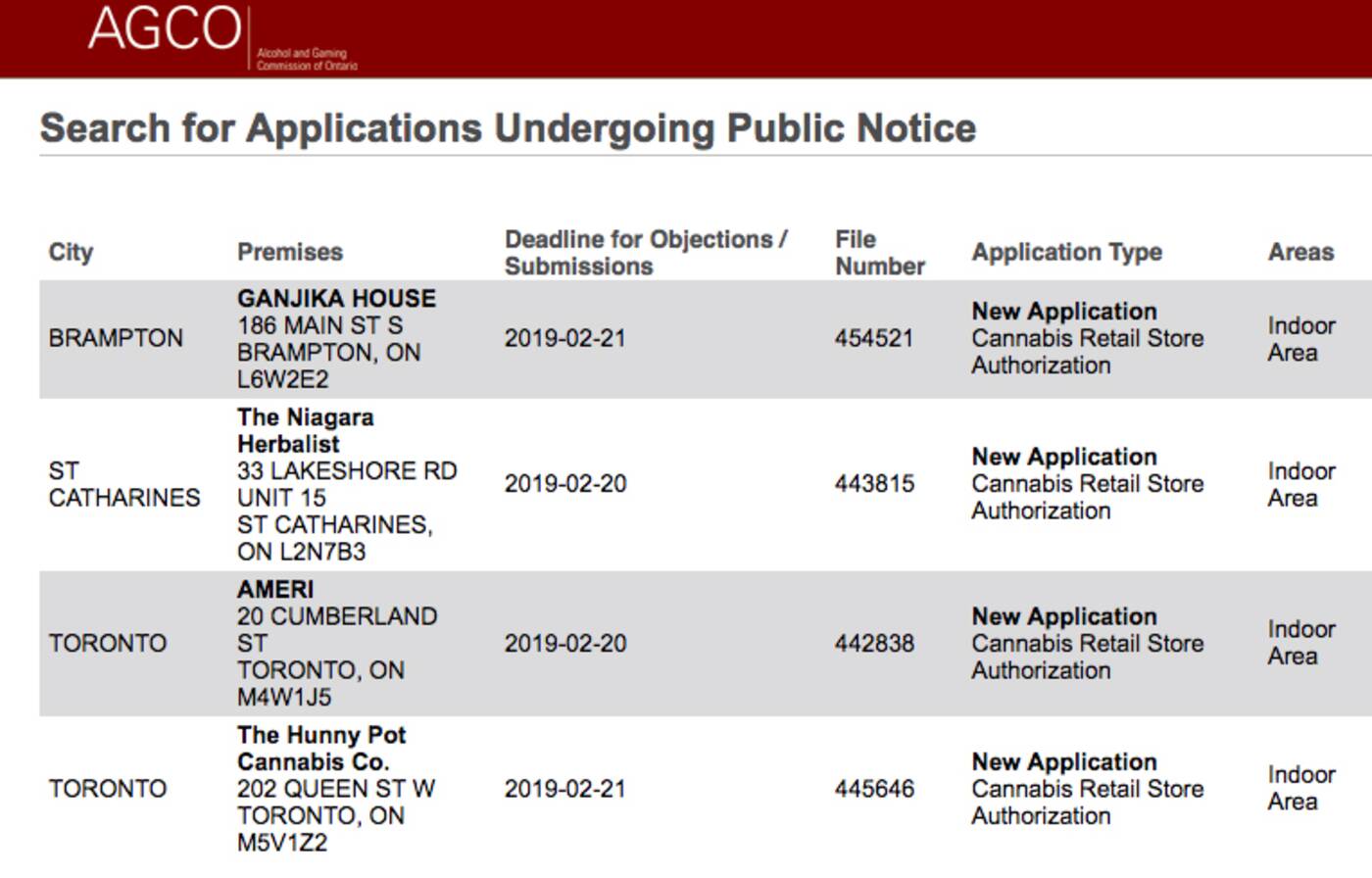 Four of the 25 legal marijuana stores allowed to open in Ontario this spring have now been made public. Image via agco.ca.

Toronto's second golden ticket has gone to "Hunny Pot Cannabis Co.," according to a public notice of application on the AGCO's website.

Some might say it has a stupid name, but what can't be argued is the value of this new store's location in trendy Queen West. 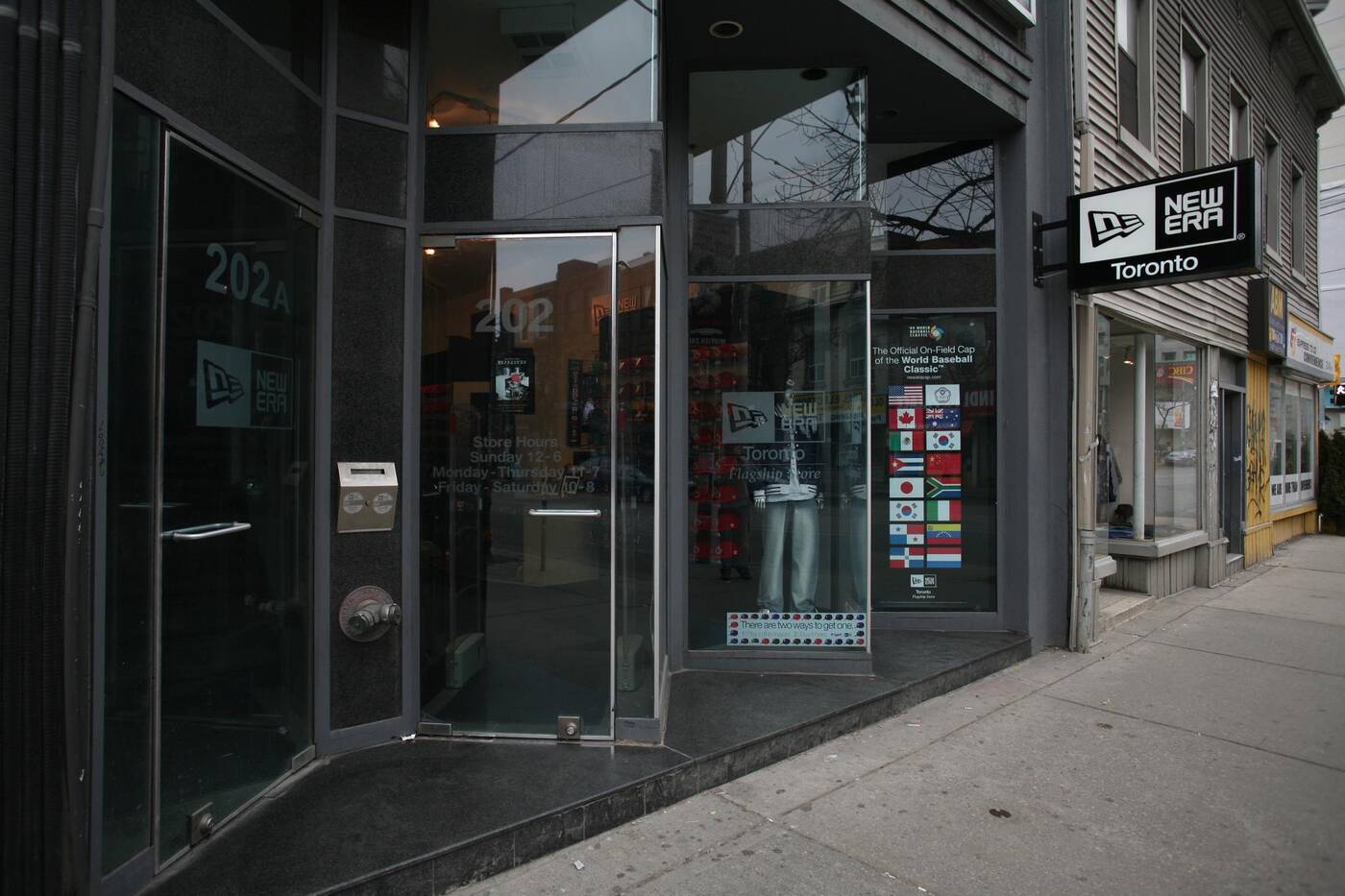 New Era's flagship Toronto store, pictured here in 2012, closed two summers ago. The space has since been used to host various pop-ups and events. Image via New Era.

The unit itself is narrow but deep, boasting roughly 3,000 square feet of space across three levels in one of the most-trafficked retail strips in Canada. It's steps from Osgoode Station, in the middle of OCAD's growing campus and a short hike from most major tourist attractions.

Hunny Pot will succeed, no doubt, even if its only customers are all the Americans expected to come out of Union Station this spring screaming "WHERE THE WEED AT!?"