The space that once housed Toronto's very American Apparel store (R.I.P.) will soon be a legal pot shop.

A newly-published application to the Alcohol and Gaming Commission of Ontario shows that a store called "Nova Cannabis" will be opening at 499 Queen Street West (if nobody objects).

Nova is the third store to be revealed as one of only five that will be legally permitted to open in Toronto on April 1, and the second of such stores destined for Queen West.

Ontario's government selected the winners of all 25 licenses available across the province through a lottery system in January, but the locations of their stores are only just now trickling out slowly via the AGCO's website. 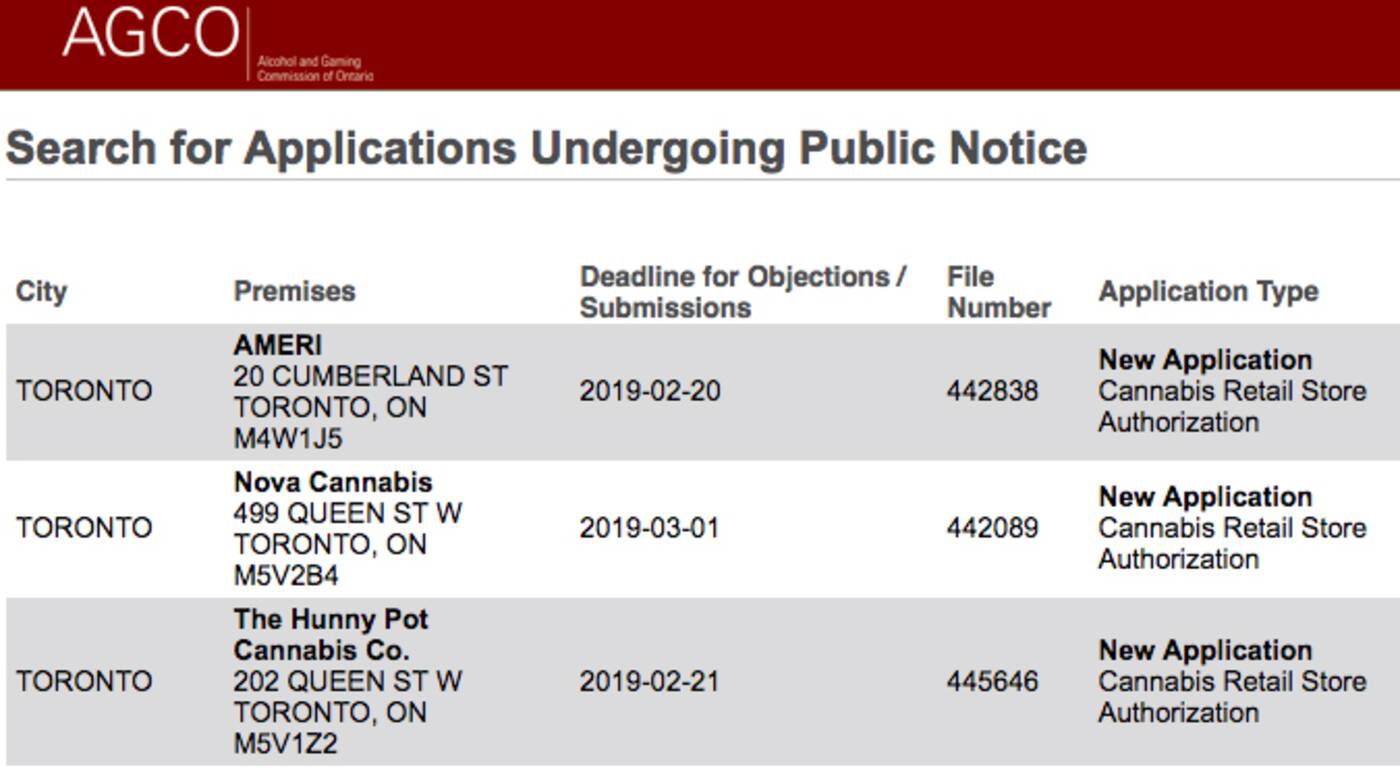 Three of five legal marijuana stores allowed to open in Toronto this spring have now been made public. Image via agco.ca.

Earlier this month, we learned that one licence would be used for a retail cannabis store on Cumberland Street in Yorkville.

The second licence went to the owners of a store called The Hunny Pot at 209 Queen St. near University. That store will be located in Toronto's former New Era flagship, which also happens to be just a ten minute walk down the street from Nova.

Nova, situated on the south side of Queen between Spadina and Augusta, will boast two floors and 3,800 square feet of retail space. The unit has been vacant, with the exception of a few pop-ups, since American Apparel closed in early 2017.