A snapshot of the Toronto skyline in the 1960s

There's no period more interesting to examine the Toronto skyline than the 1960s. at the outset of the decade, Toronto's skyline lacked any modern buildings of note. It was still dominated by the Royal York Hotel, the Canadian Bank of Commerce (now Commerce Court North), and dotted with easy-to-spot church steeples. 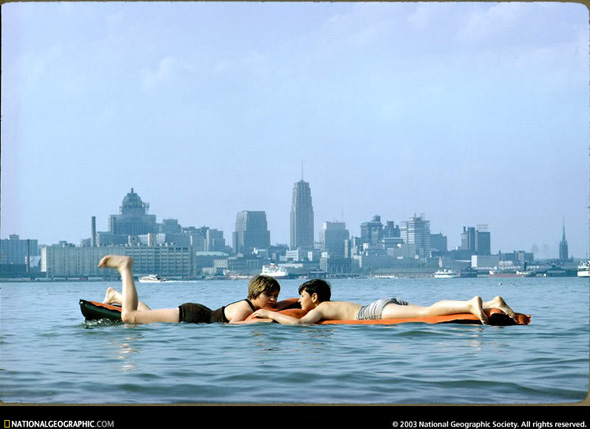 Then New City Hall was built in 1965, followed by Mies Van der Rohe's TD Centre (1967). And nothing was the same. These two buildings, which would still make the list of most important structures in Toronto, ushered in a complete modernization of Toronto. And while Viljo Revell's City Hall is the more futuristic of the two buildings, the black steel of the TD Centre was like an exclamation point over a sepia toned city. 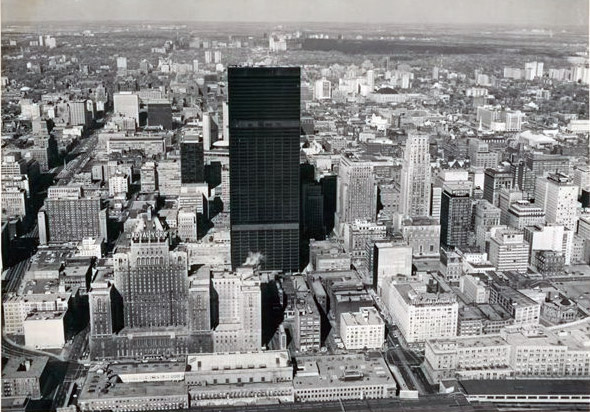 In the decade that followed, the skyline blossomed. Commerce Court West went up, then First Canadian Place joined the party, and, of course, the CN Tower left its mark. But by then the seal was broken. As remarkable and important as these buildings are, they never enjoyed that brief period when modern architecture stood out like a sore thumb in this city. 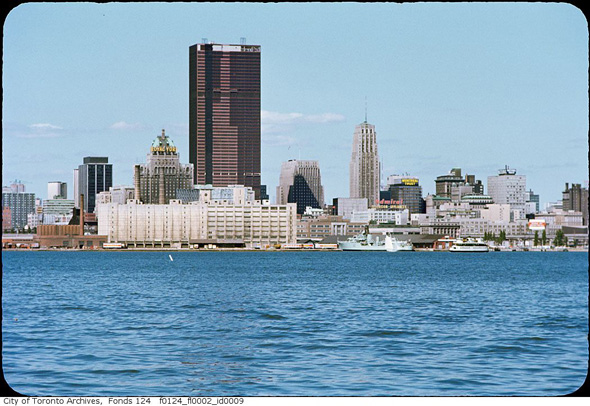 It's the incongruous juxtaposition of new and old that made these structures so stunning and attention worthy. They've stood the test of time, of course, but to imagine the ferry ride back from the Island when the first tower of the TD Centre was complete, and the imposing stance it had on the skyline, that's something that would have been exciting and ever so slightly terrifying at once.

The future had arrived.