Toronto is getting a new free outdoor social club that describes itself as a "non-club club." It will be popping up in an area that's been choked by construction during recent years.

Fairgrounds should soon bring some brightness to a dreary construction site in the Yonge and Eglinton area: a sports club with no fees, waitlist or dress code, and free play periods throughout the week

It was created by two people who are all about community spaces: Stackt founder Matt Rubinoff and Superette founder Drummond Munro. 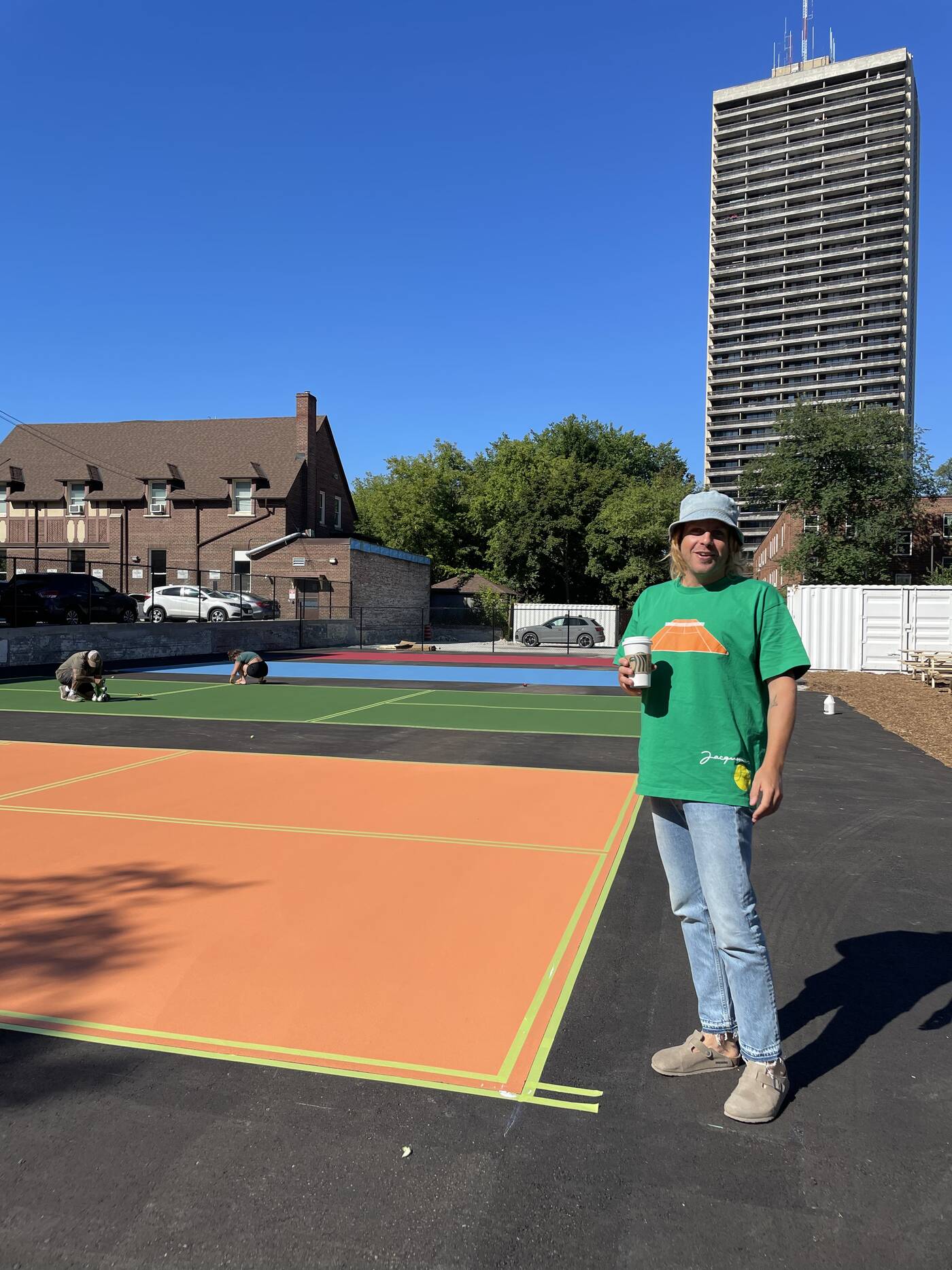 Colourful pickleball courts are being installed near Yonge and Eglinton. Photo by Sarah Marantz.

Focusing mostly on racquet sports, the Fairgrounds is intended to be a happy medium between exclusionary private clubs and poor quality public courts that can have long wait times and few amenities.

The main racquet sport they'll be focusing on is pickleball, as apparently it's the fastest growing sport in North America with widespread appeal.

The hope is to develop multiple clubs with their own merch, leagues, tournaments and a digital platform. They're also hoping that the clubs will encompass retail, food and beverage elements as well as pickleball courts. In fact, Fairgrounds wants to host Toronto's first pro pickleball tournament.

The digital platform would help people book courts and sign up for events, but should also function as a social network. The intention is also for Fairgrounds to give back to the community through youth programming and job creation.

The first pop-up location at 2400 Yonge St. is redeveloping a temporary construction site into a club with four pickleball courts, a shop, food and beverage programming, and installations from local artists.

While the club has no memberships, is completely open to the public and will have free drop-in periods throughout the week, there will also be a straight drop-in fee outside of those periods.

Fairgrounds soft opens August 22, and will be open all day until midnight for the remainder of the summer.