Opened in 2019, stackt shipping container market transformed a dusty vacant lot on Bathurst Street into a hot summer destination, and that experience is expanding with new offerings for 2022.

The market announced the grand opening of its newly enhanced Community Lane on Thursday, the project reclaiming an empty laneway on the north side of the property with the creation of roughly 12,000 square feet of outdoor public space. 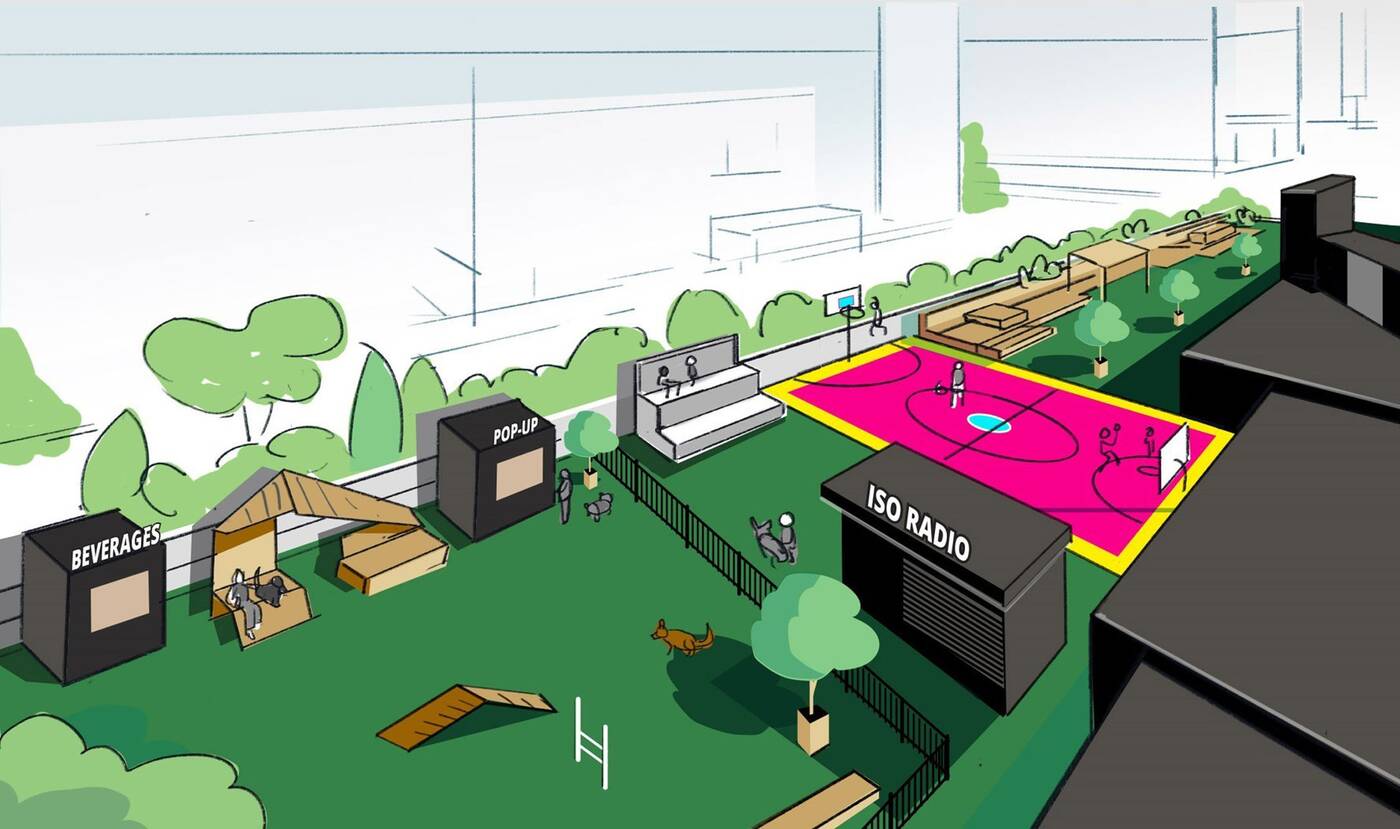 The upgraded laneway is divided into three zones, including a pocket park welcoming pedestrians at the northeast edge of the site. The park features a mix of murals from local artists Julia Mercanti, as well as a community pollinator garden by Bowery Project and added seating for stackt.

Deeper in, a new Play Zone offers 3,500 square feet of athletic space including a basketball court with spectator seating, as well as creative space like a station for community broadcaster ISO Radio sharing live hits with local talent.

At the west end of the laneway, four-legged friends will soon benefit from a 4,800 square-foot off-leash dog area, and possibly the only one in the city where you can legally sip an alcoholic beverage while getting your pooch some exercise.

Known as the Bark Yard, the off-leash area and bar combination is scheduled to soft open on June 29, serving drinks for pet parents while their fur children mingle and play. The soft opening will feature live acoustic music and snacks.

The Community Lane — open Tuesday through Sunday from 9 a.m. to 11 p.m. all year — will feature regular programming.

Upcoming events planned for the space include the BACKYARD festival series with more dates on July 16, August 20, and September 17, and the Brews + Chews bi-weekly dog meet-up returning for the summer season on July 13.

The expansion comes after some tough times for stackt, which suffered along with all other dining and shopping establishments through rolling lockdowns, and faced a temporary closure earlier this year for work on the City-owned site.

That closure accommodated an environmental assessment for the land stackt leases from the City, part of plans to eventually construct a public park across the entire site that will spell the eventual end of the shipping container market.