How to spend a day in Corktown and King East

Corktown and King East are two of Toronto's oldest neighbourhoods, rising in the mid-1800s as an enclave of primarily Irish immigrants - the area, as the story goes, gets its name from County Cork in Ireland. Now, it's a neighbourhood mostly marked by its proximity to others - a gateway to Leslieville to the east, the Financial District to the west, and the Church-Wellesley Village to the north.

During the day, the area's population swells with an influx of students from George Brown College and office workers from nearby Bay St. But if your schedule hasn't already been pre-scripted for you by work or school, it's a great neighbourhood to explore for a day - and if you're a food lover, or an interior design fanatic, it essentially amounts to a hidden paradise.

Here's how I'd spend a day in Corktown and King East, from early morning to late at night.

The Patrician is a King East standby for its bog-standard diner breakfasts and likeably surly service, but I generally end up heading to the George St. Diner to get my eggs and challah fix (or eggs poached in tomato sauce, if I'm there when the full brunch menu is on).

More often than not, Petit Dejeuner lures me in with the promise of house-smoked salmon Benedicts perched on top of a waffle - or I might walk the extra few blocks to Morning Glory, where hearty breakfast sandwiches come accompanied with a side of spiced housemade ketchup. 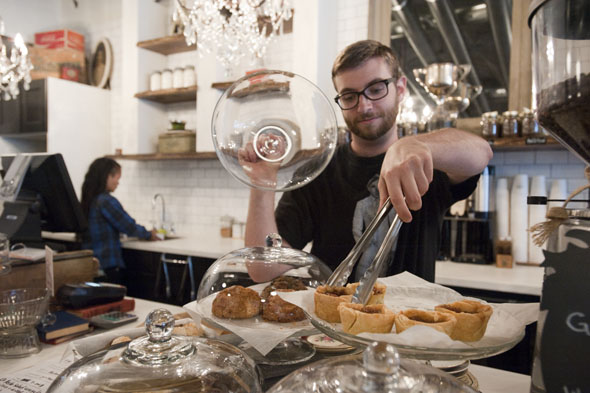 If I'm feeling under-caffeinated (or skipping breakfast due to a morning of gluttony - more on that in a second) you'll usually find me at the Rooster Coffee House at King and Berkeley. Occasionally, it hits me that I'm two blocks away from some champion baristas slinging delicious espresso at Fahrenheit - it's the kind of place where they always remember my name, no matter how long I go between visits.

The neighbourhood's most obvious draw is, of course, the St. Lawrence Market, where the snacking options are endless: Peameal sandwiches from Carousel Bakery, perogies and other Euro treats at European Delight, or a lobster roll at Buster's. Of course, I might just get some St. Urbain bagels to go. On Sundays, there's a popular antique market in the northern building that's worth a visit.

If a little "me time" is in order, I might go grab a cheap haircut from the trainee stylists at the Aveda academy - it takes a little extra time, but they do great work (plus, they usually throw in a head massage, and then you get to smell like Aveda products the rest of the day). One of these days, I'm going to go full-on and spend an entire morning hopping between "therapeutic" pools at Body Blitz Spa - and maybe throw in a body scrub, too. 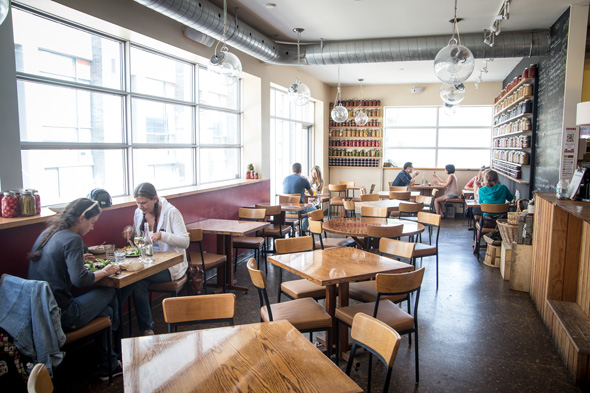 Generally, at this point in the day, I'm after a good sandwich. Market St. Catch does a killer lobster-gruyere grilled cheese; on the slightly less-indulgent side of things, Sky Blue Sky is always a safe bet for cheap eats and good tunes. Gilead Cafe does great locavore food and baked goods. And if all else fails, there's always Schnitzel Queen up on Queen East.

King East has made a name for itself thanks to its litany of high-end design stores, which always make for an afternoon of eye-popping browsing. My faves are the conceptually-wacky Klaus and Radform; the laid-back, colourful Suite 22 Interiors; Kiosk, which features three gleaming floors of pieces from venerable modern designers; and the French-inspired whimsy of Trianon. (After that, I'll probably head to EQ3 and pick up something fun with a Marimekko print on it to make myself feel like less of a pauper.) 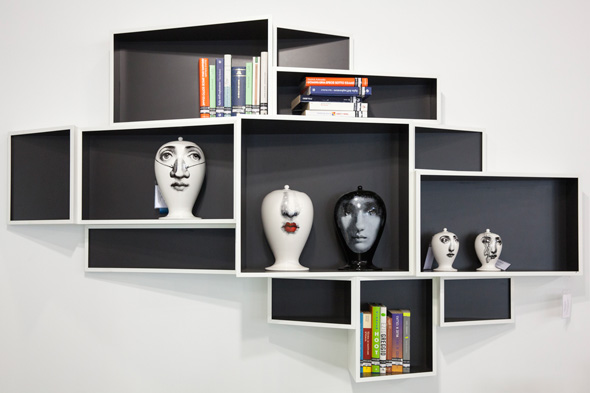 Sharp-dressed men will be happy to know that the otherwise low-on-fashion area hosts two notable bespoke suiting shops, Garrison Bespoke and MADE, catering to a young, fashion-focused clientele. They don't do womenswear, but I might pick up a bowtie for my collection anyway - then roll over to Optic Zone and try on a few of their most out-there frames.

On a nice day, I'll typically mosey through St. James Park and stop at G for Gelato for one of their two dozen rotating house-made flavours, including about five different spins on coconut (my personal weakness). Just note: You have to pay for your gelato before they start handing over the taste-tests. If that's not enough to kill the sugar cravings, I might head down a drab stretch of Victoria to Prairie Girl for a massive cupcake. 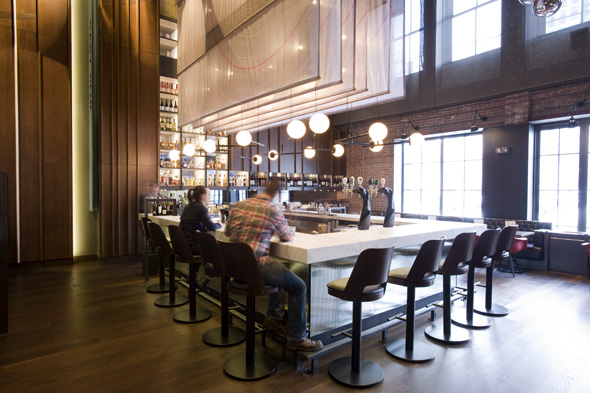 If I'm taking someone out and really looking to make a splash, though, my real ace in the hole is Mengrai Thai. The ambience is brick-walled, dimly-lit and cozy - but, more importantly, the chef's special is a red curry with lychee fruit that's served in a hollowed-out pineapple.

Office dwellers from the Financial District and students from George Brown tend to flow out earlier on, but a few neighbourhood hot spots stay bustling late into the evening. C'est What on Front St. is my personal fave, thanks to the cozy rec-room vibe of the basement and 42 rotating taps featuring seasonal brews from all over Canada; many nights, you can catch blues, jazz, folk and comedy shows happening in their back room.

Of course, I'd be remiss to not mention that old King East standby, Betty's, where the service is mediocre, the craft beer is plentiful, and the ill-advised snacks are served late into the night - or their sister bar, Pacific Junction Hotel, which does tasty tequila-filled twists on the Caesar and offers pool and ping-pong tables for your drunken pleasure. It's rare to leave either walking a straight line. 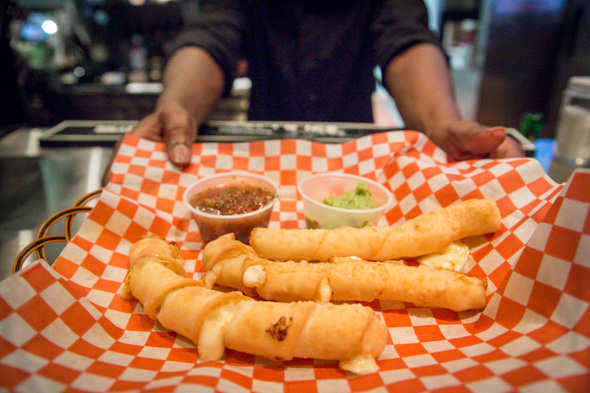 If I've got the late-night munchies post-beer, I typically just stick around at the bar I'm drinking at: Triple A Bar on Adelaide keeps the barbecue going until midnight, C'est What's kitchen goes until 12:30am, and Betty's will serve you right up until a few minutes before last call. Otherwise, there's shawarma at Pita Land near King and Sherbourne. And for the true night owls (or those partying upstairs at Club 120), 120 Diner on Church St. is open until 4am.

Did I miss any? Leave your favourite spots in Corktown and King East below.