The Eglinton Crosstown LRT is gearing up to finally open, and the Toronto thoroughfare's stretch through Scarborough is preparing for a major glow-up that will transform low-density commercial plazas built for cars into transit-connected communities with vast populations.

The Golden Mile area is set to witness immense growth in the coming years, as several developments work their way through the planning and approvals process and closer to forming a new neighbourhood skyline.

Among the many sites targeted for redevelopment, a plaza at 1966-2050 Eglinton Avenue East, just east of Warden, could soon be built out with as many as eleven towers and four mid-rises packed with condo units.

Basically, it's a long list of forthcoming closures, as all existing commercial buildings and related surface parking would be given the axe over time to free up space for the community. The project is planned in phases, so don't expect everything to close all at once.

RioCan, the owner of the plaza, applied to redevelop the site back in 2015 in a plan that has been gradually evolving in the years since.

After appeals to the frequently-renamed provincial appeals body (currently known as the Ontario Land Tribunal), the current plan appears close to the finish line as a settlement is worked out between the city and developer.

As it nears approval, the latest design was revealed in an update shared by project designers Kirkor Architects.

The first phase of the RioCan Scarborough Centre redevelopment will kickstart the community with four buildings representing the first of two development blocks with buildings ranging in height from 12 to 48 storeys, new streets and a public park.

These initial buildings would bring 2,434 condominium units to the Golden Mile, along with 67 affordable rental housing units funded through the Open Door Affordable Rental Housing Program.

Over 4,300 square metres of new commercial space is included in the first phase, as well as a new 19,433 square metre public park. 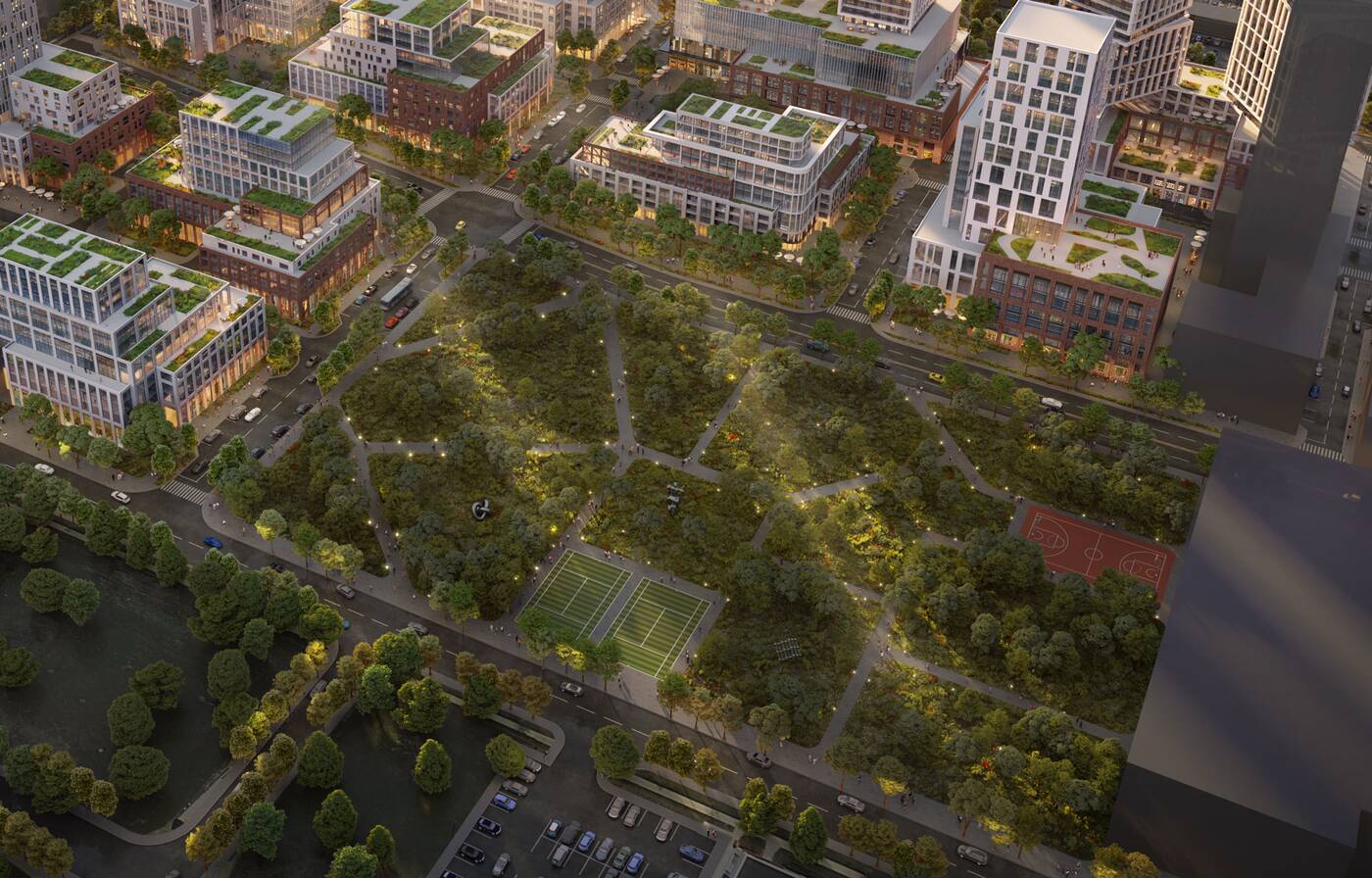 The first phase only represents 20 per cent of the RioCan Scarborough Centre's total 10.7-hectare area, meaning there's a lot more in store for this site.