It's long, long, overdue, but commuters will likely be riding the new Eglinton Crosstown light rail transit (LRT) in 2023, ending a more than-decade-long construction headache that has plagued traffic on the Toronto arterial and contributed to countless business closures along the way.

But there's finally light at the end of the line's twin tunnels as Metrolinx surpasses milestone after milestone in the home stretch of construction.

In February, the Crosstown team celebrated the installation of the final signal at Laird Station that will control the movements of vehicles along the line, and now the 19-kilometre line is yet another step closer to the long-awaited start of commuter service. 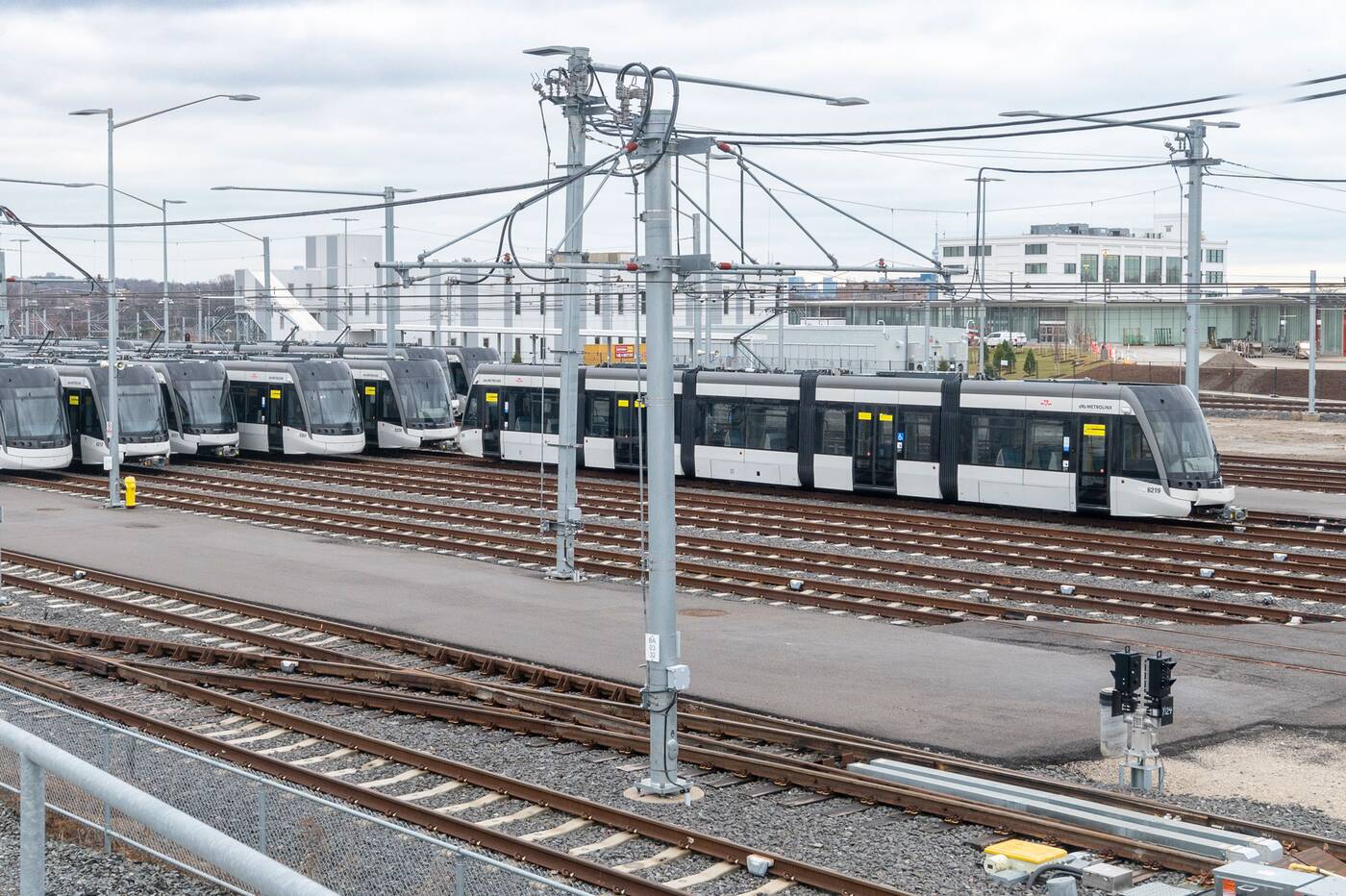 A fleet of LRVs at the Crosstown's Eglinton Maintenance and Storage Facility.

Metrolinx revealed on Tuesday that all 76 of the Alstom (formally Bombardier) Flexity Freedom light rail vehicles (LRVs) that will ply the line's 25 stops and stations have been brought together at the Eglinton Maintenance and Storage Facility (EMSF), the fleet's final deliveries occurring in 2021.

The full fleet of these LRVs has been thoroughly tested with 600km of initial running, followed by specialized tests such as signalling system trials at both the EMSF and along the main line.

It's no easy task getting 76 LRVs delivered anywhere, let alone in the heart of a city. Issues were apparent even before deliveries began, Metrolinx and former manufacturer Bombardier having been embroiled in a legal dispute over delays in delivering the LRVs, the former threatening to cancel the order and buy LRVs from competitor Alstom.

The dispute was settled, and in the end, Alstom ended up acquiring Bombardier Transportation in a deal that closed in early 2021. The 76 vehicles were then delivered to the EMSF throughout last year via different modes of rail and truck deliveries.

There is still plenty of work to do in completing the line's stations, though with the full track network and signalling system online and the fleet of trains ready to roll, commuters will soon be able to breathe a sigh of relief when the Crosstown enters service as the TTC's Line 5.