If all goes according to plan, Toronto should have a new transit line within the next year with the long-delayed opening of the 19-kilometre Eglinton Crosstown LRT.

Over a decade in the making, the line's delays and challenges have indeed fostered skepticism that the start of commuter service will ever arrive, but the final pieces of the puzzle are now coming together with new milestones being surpassed in the Crosstown's tunnels as well as its 25 stations and stops.

Metrolinx shared news on Thursday that the line has taken a big step forward towards completion, with the project team gathering for a photo-op to celebrate the installation of the final signal at Laird Station that will control the movements of light rail vehicles along the line.

What looks like little more than a red light in a tunnel is a symbolic green light for the project, the now fully-installed signal system functioning much in the same way as traffic lights, telling train operators when it is safe to proceed down a tunnel or enter areas like station platforms.

But that's not all that's unfolding along the line's route: Stations like Keelesdale are quickly coming together and looking more like functioning rapid transit stations every day. The latest progress includes the installation of interactive kiosks at Keelesdale, which will offer passengers wayfinding for the station and its surroundings. 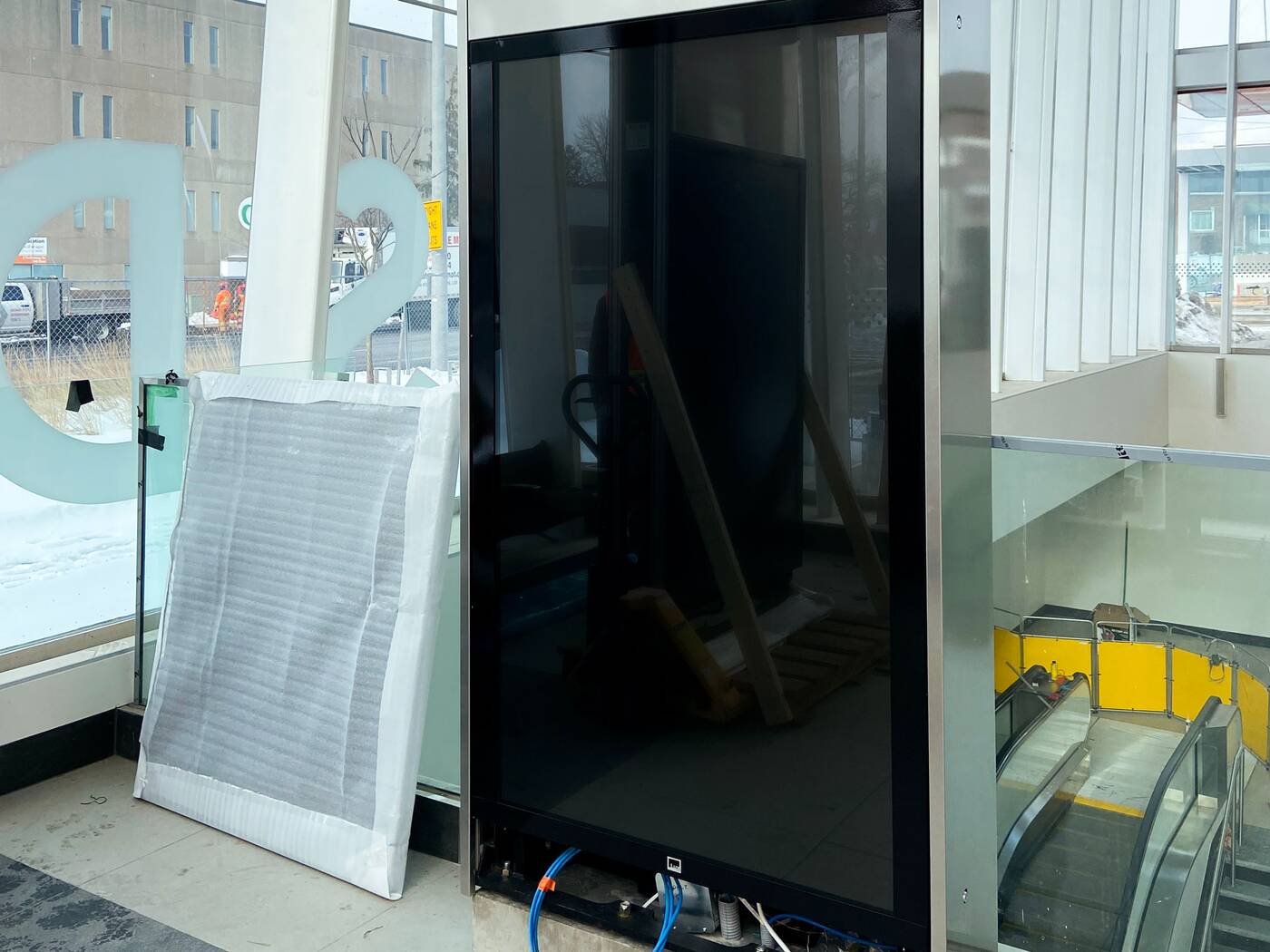 Information kiosks are now being installed at Keelesdale Station. Photo from Metrolinx.

At the east end of the line, Kennedy Station is having its Presto fare gates installed, where commuters will soon flow into the terminal station connecting to the Line 2 Bloor-Danforth. 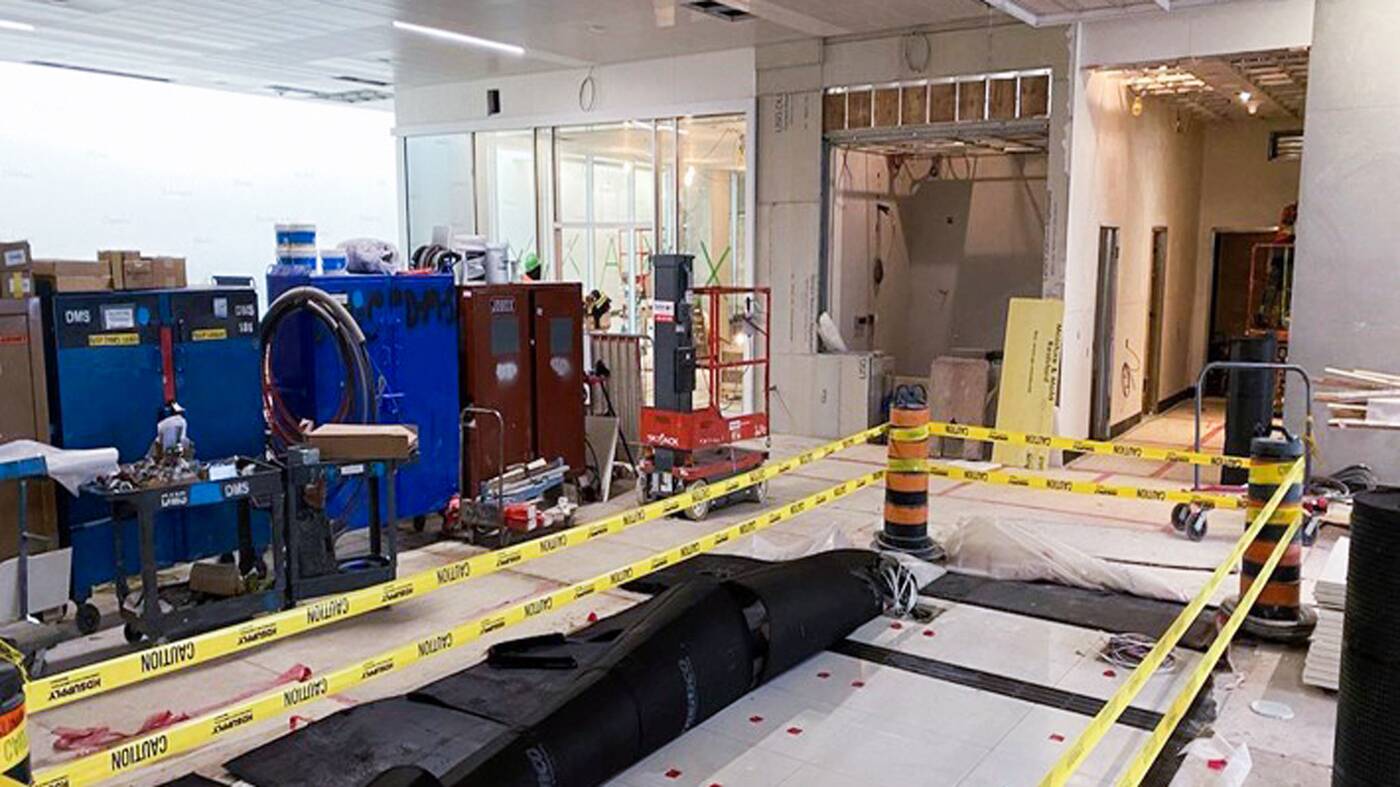 Presto fare gates will soon be added to this taped-off area at Kennedy Station. Photo from Metrolinx.

It should all be some consolation for current Eglinton bus riders who have been waiting seemingly forever for their new ride to arrive. First riders were promised service in 2020, then 2021, then 2022, and now it's looking like early 2023 will be the earliest the trains will begin running on what will be the TTC's Line 5.