By next year, Toronto commuters will (hopefully) be sailing along on the new 19-kilometre Eglinton Crosstown LRT in shining new light rail vehicles.

Now a full decade into the line's construction, the city's next major transit improvement has been cruising past big construction milestones all year, the latest being installation of the final section of track below Eglinton subway station.

Trains have already been testing on both the eastern and western above-ground sections of the Crosstown throughout the year, but the latest big step in the line's construction will soon join the two ends together for a continuous 19 kilometres of track from the former Kodak lands in the west and Kennedy Station in the east.

Even though the tracks are almost fully in place, light rail vehicles are still unable to travel the line from end to end under their own power.

The Crosstown's vehicles will be powered by an overhead catenary system, the same type of raised wires that power Toronto's iconic streetcars.

This system will be undergoing installation into next year, meaning that it will still be some time before a train is able to make the full 19-kilometre trip.

Metrolinx has been teasing the city with views inside the line's stops and stations, including the underground Oakwood Station. This station gives off some serious St. Patrick or Queen's Park vibes with its cylindrical platform level. 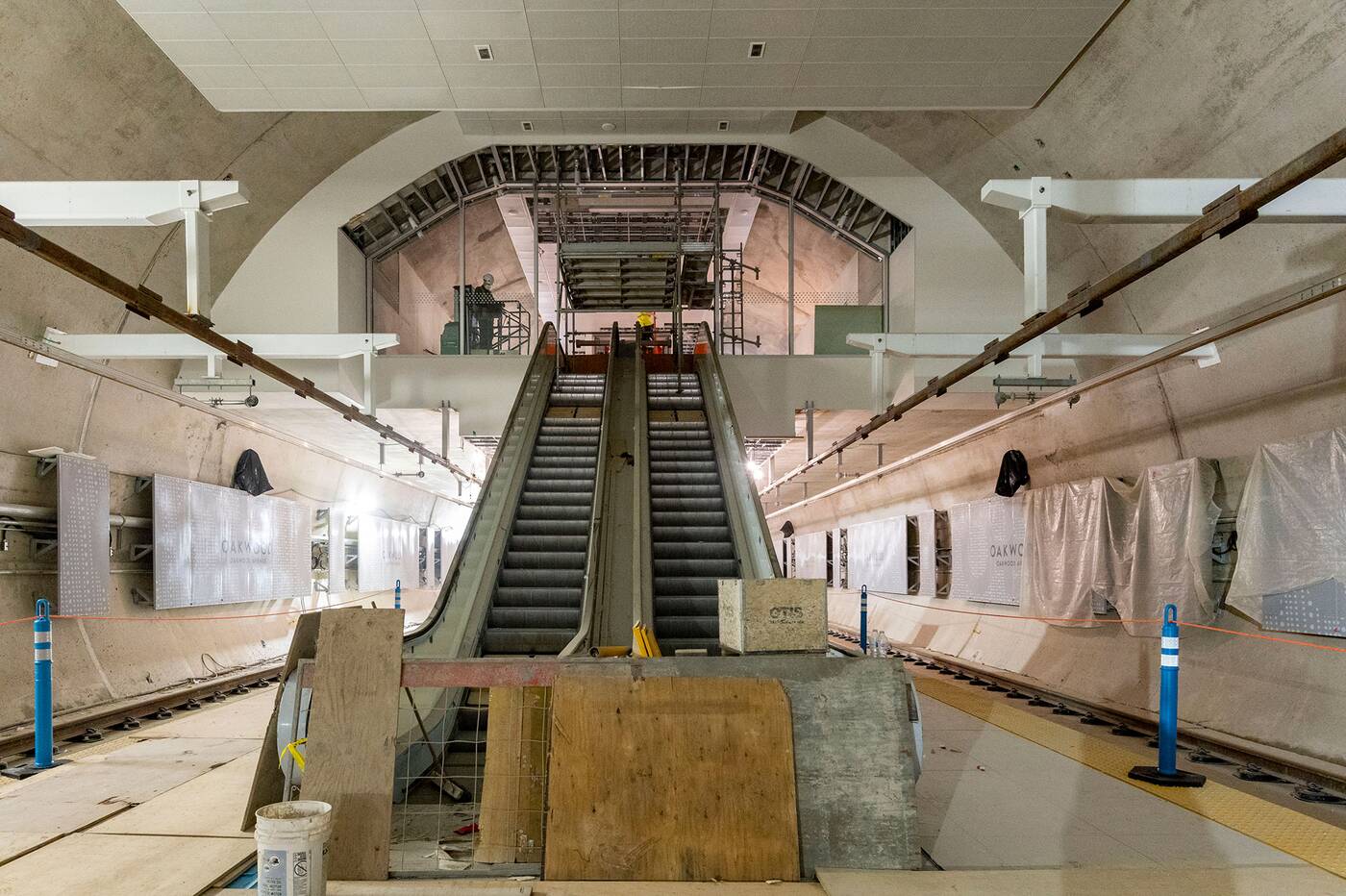 The eastern above-ground sections of the line are also making steady progress, including a new retaining wall being built just east of Brentcliffe Road, streetscape restoration and planting of a green trackbed that will cover 60 per cent of the line's run between Brentcliffe and Ionview.

Still, they require much more upkeep than standard concrete trackbeds, including the need for irrigation chambers, water supply, and a power system. 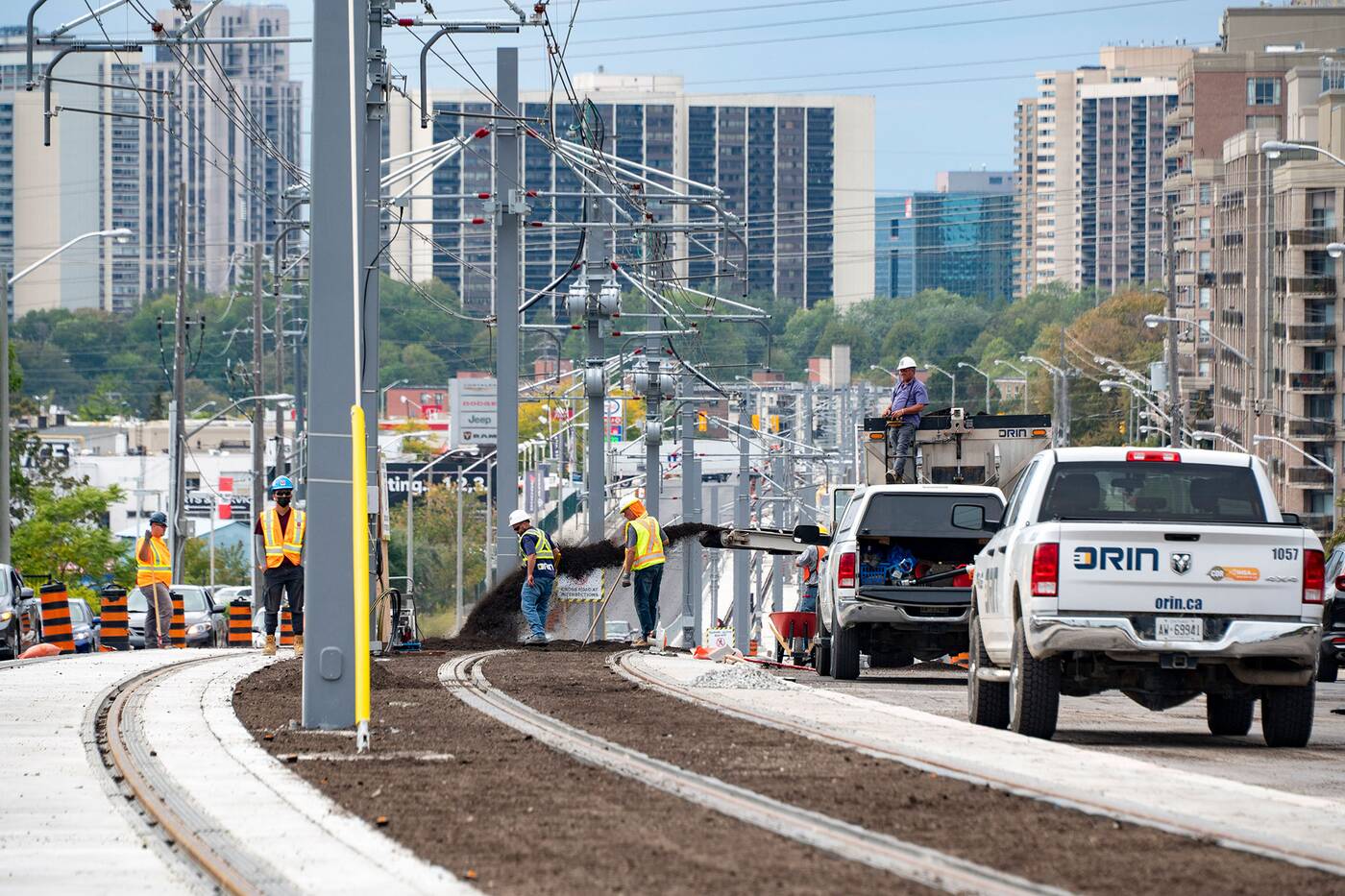 Green trackbed installation for a surface section of the Eglinton Crosstown LRT. Photo by Metrolinx.

While this progress all sounds great, Toronto should already have its new transit line and the mess of construction on Eglinton was envisioned to be long over by now.

The Crosstown was initially supposed to be delivered in 2020, before the timeline was pushed back to a deadline of September 2021. Then 2020 went and happened, pushing the already-late project back even further. The line is now planned to open in fall 2022 at the earliest.