As the city braces itself for the long-awaited completion of the Eglinton Crosstown LRT, it's a developers' race to densify the areas closest to future subway stations.

Golden Mile, Scarborough's stretch of Eglinton Ave. East between Victoria Park and Birchmount Road, will soon be completely rebuilt around a number of LRT subway stations. 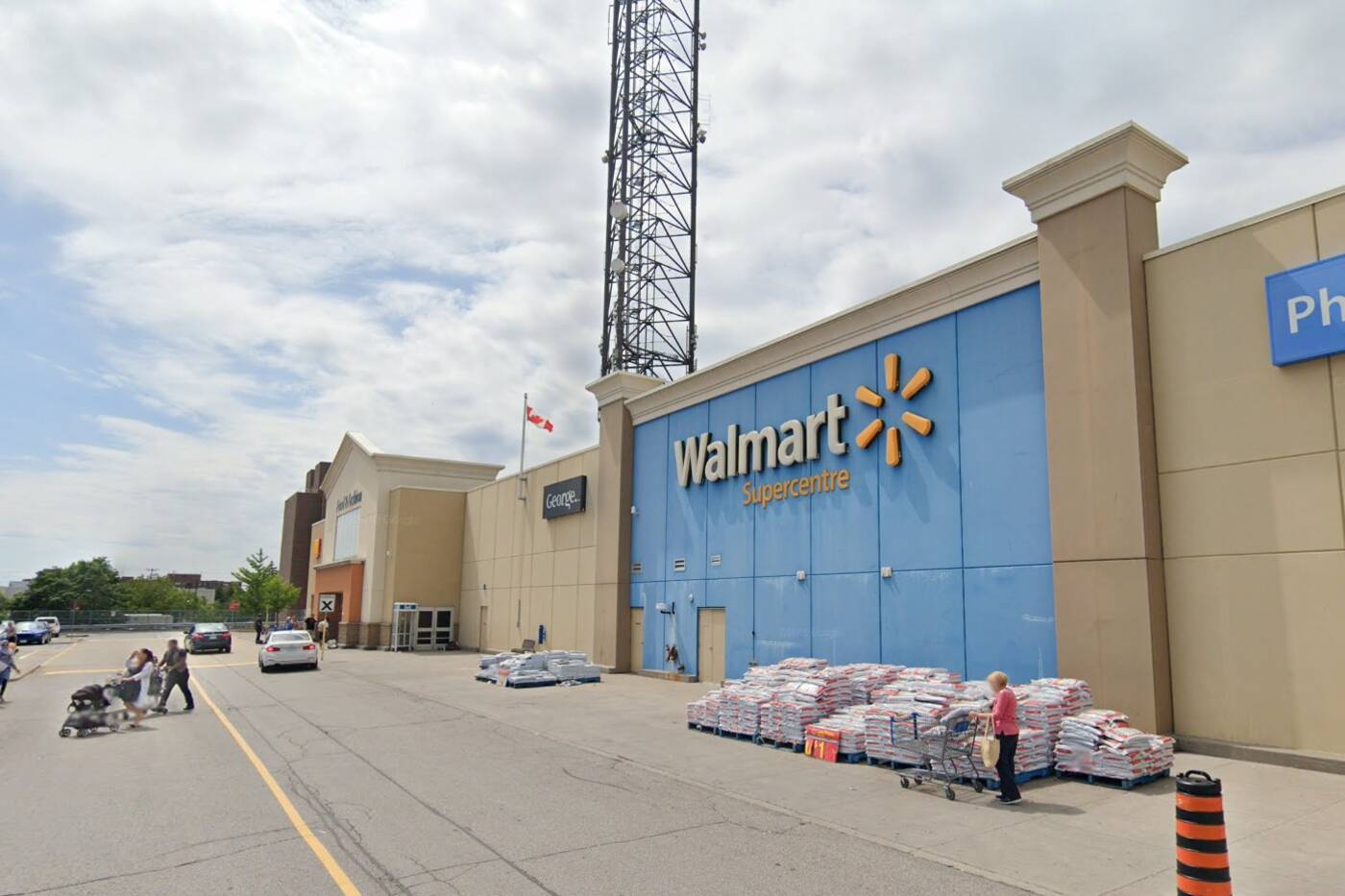 A 28.4-acre proposal from SmartCentres REIT could see the corner of Eglinton East redeveloped with a massive mixed-use community, including retail and residences. Photo via Google Maps.

That includes Pharmacy and Hakimi Lebovic stations, scheduled to open in 2022.

The strip mall identity that has defined the Golden Mile for over two decades will soon make way for a slew of mixed-use developments.

An ongoing application by SmartCentres REIT is proposing a whopping 23-building mixed-use community to take over the SmartCentres Scarborough mall at the corner at 1900 Eglinton Ave. East. 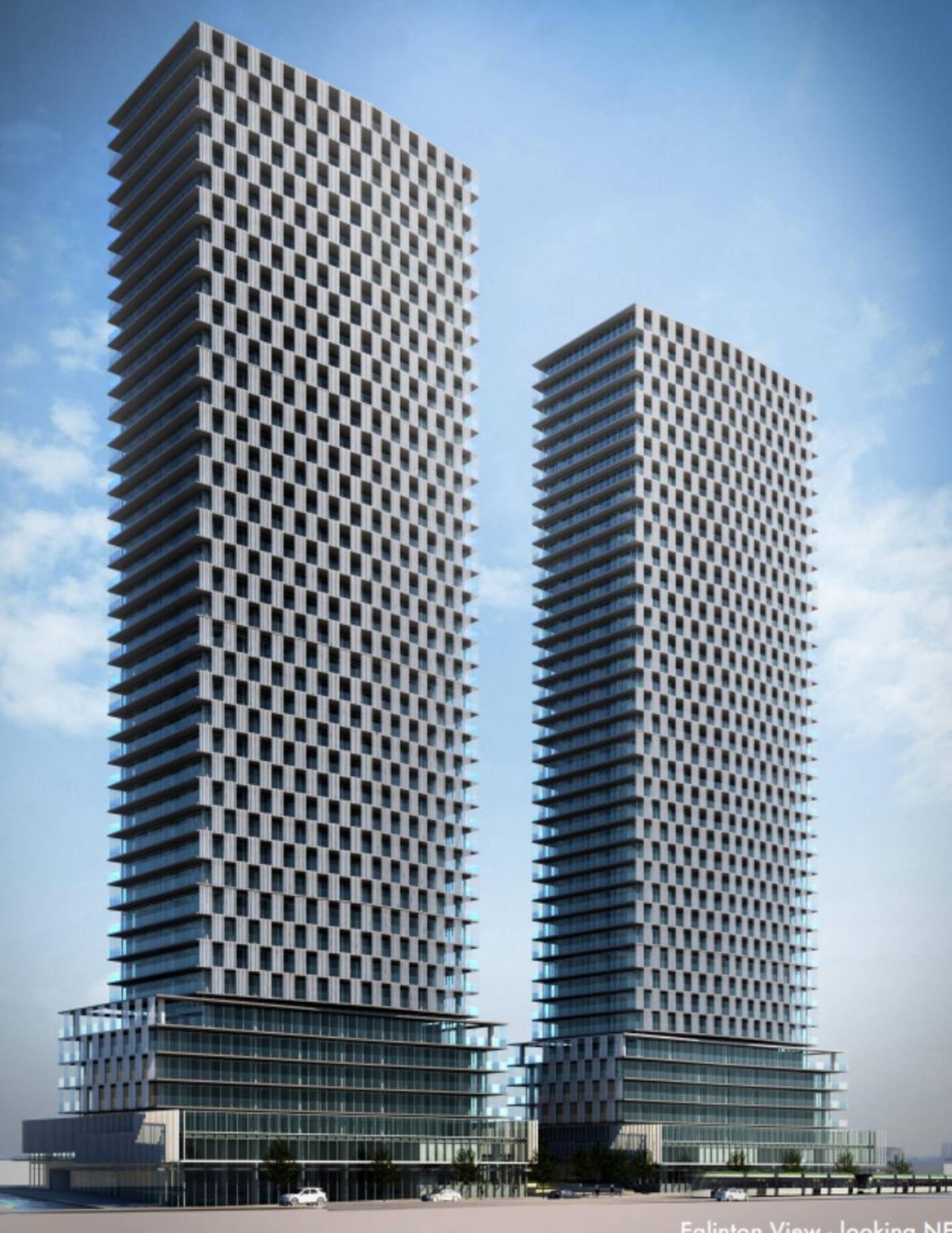 Phase 1 of the Master Plan includes two new towers, slated to replace a BMO building at SmartCentres. Photo by SmartCentres REIT via submission to City of Toronto.

That's not to mention a slew of other proposals in walking distance, including the demolition of 8 low-rise residential buildings for a mixed-use development at 860 Pharmacy Ave. from Starlight Developments, or the 35-storey condo slated to take over a Mitsubishi car dealership.

SmartCentres' development would see a mix of residences, commercial spaces, new roads, courtyards and a Central Park take over the site, over time. 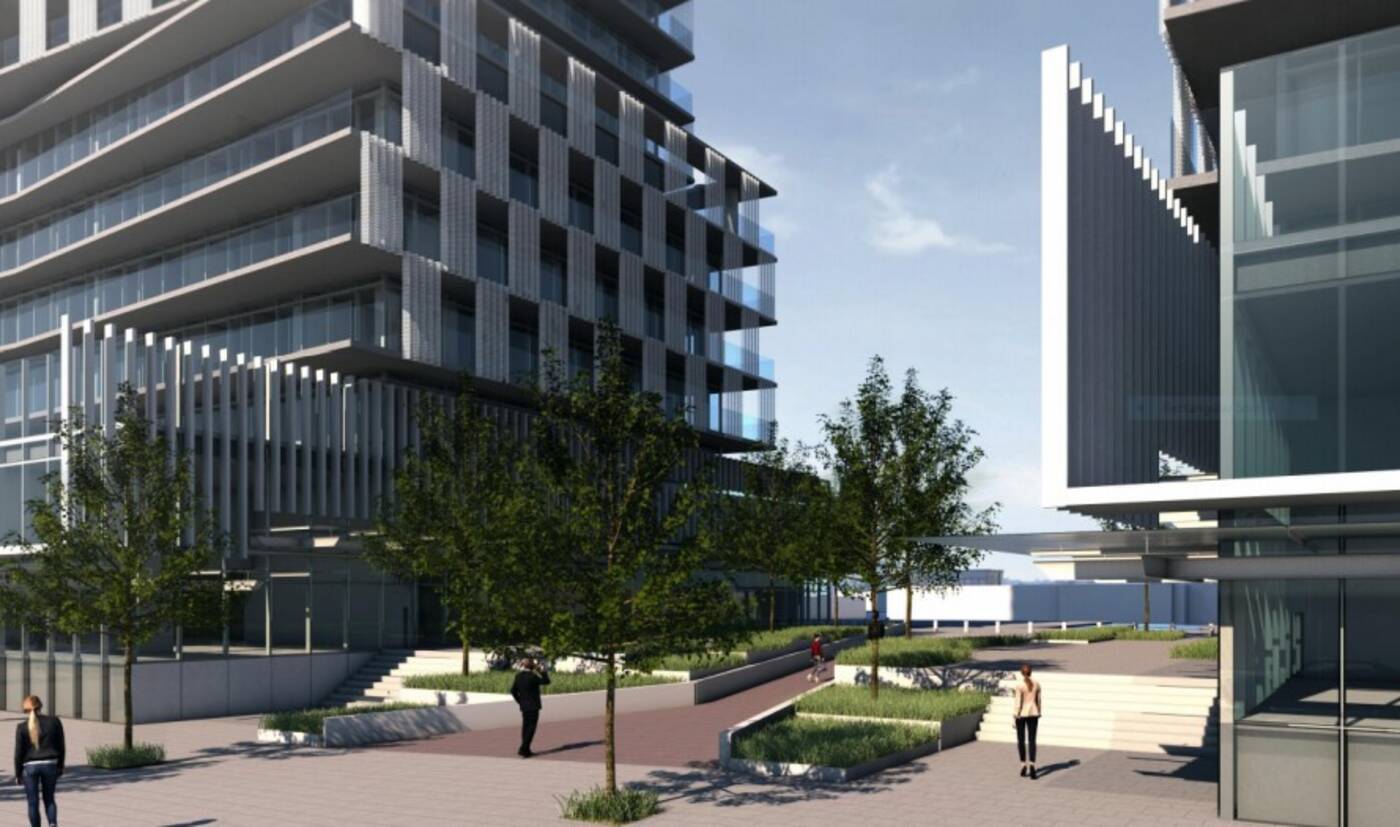 The entirety of the project, which was first submitted in 2019 and appealed in 2020, hasn't been approved yet. According to SmartCentre, the property will continue to operate as an open-air shopping centre "in the short short to medium term."

But Phase 1 of the master plan is proposing a pair of 38- and 40-storey buildings on the southwest corner of Eglinton and Hakimi. 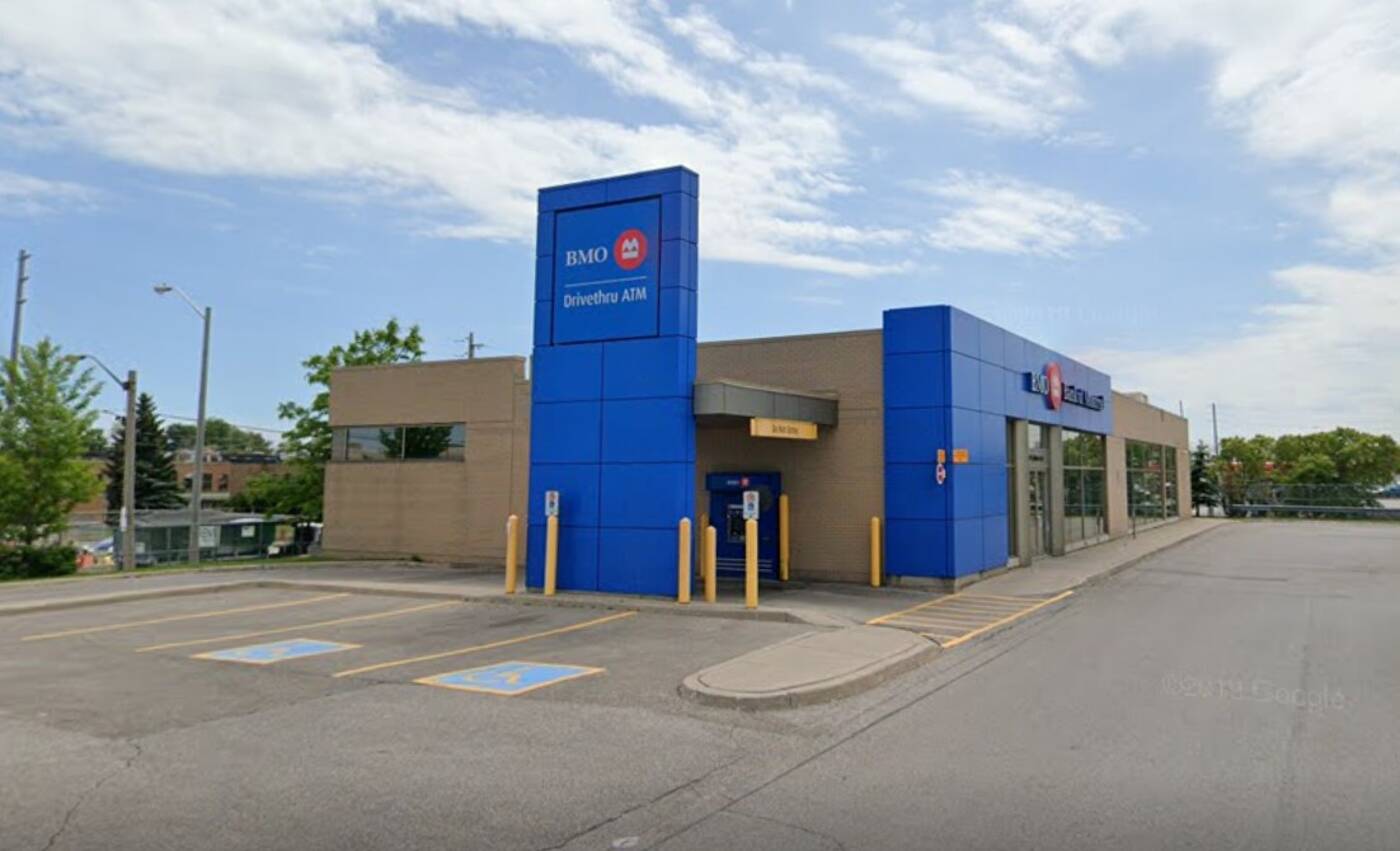 Phase 1 will see the demolition of the SmartCentre BMO, if approved. Photo via Google Maps.

New renderings have been submitted to the City by SmartCentres REIT for the 2-acre parcel of land. A one-storey BMO building and parking lot currently sit on the site.

The ground floor of both buildings will be used for retail, with "extensive curtain walls of vision glass," according to the proposal.

An earlier version of this article stated that a Walmart was being demolished to make way for a development. Walmart SmartCentres will remain intact in the redevelopment of 1900 Eglinton Ave. East.

SmartCentres REIT via submission to City of Toronto.