While we're still waiting on the Eglinton Crosstown to officially open, changes are happening for the TTC subway...or at least according to new maps recently released.

There's a new mockup of a TTC map of what we can expect of the transit network in 2023 – most notably the finished Eglinton Crosstown and the Finch LRT. 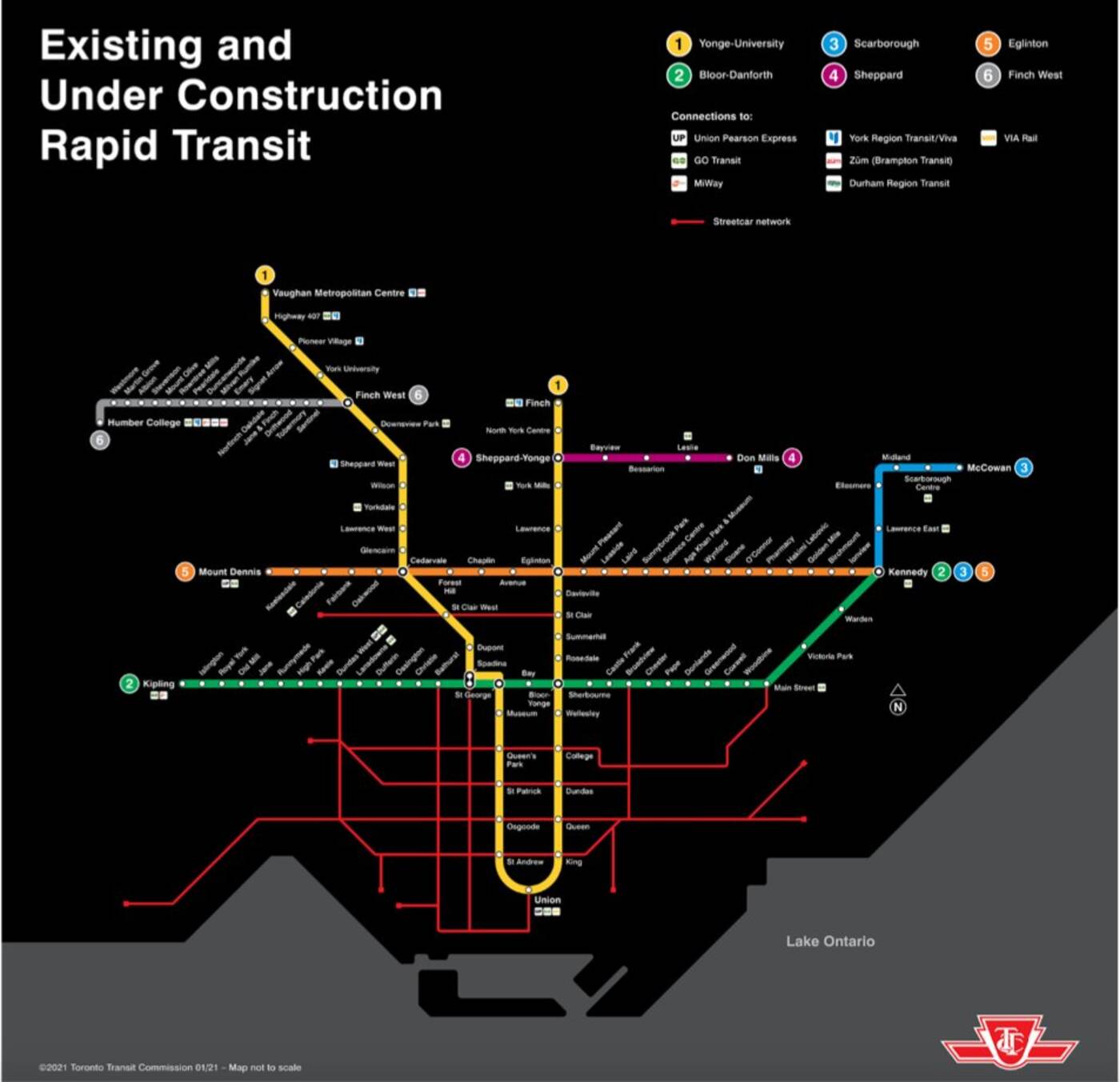 The Eglinton Crosstown, which is mostly finished construction to the relief of many residents who've had to put up with it since 2011, stretches from Kennedy to Mount Dennis. It adds an additional 25 stops and will hopefully cut travel time by 60 per cent.

The controversial and expensive addition was scheduled to open this year but has since been pushed back to April 2022 at the earliest.

The Finch LRT construction, which will include 18 stops from Finch West to Humber College, is now underway and is set to be complete sometime in 2023, barring any delays.

The 2023 map shows these new additions, but hasn't yet accounted for the closure of the Scarborough LRT, which is set to be shut down in the next two years and be replaced by buses if the latest reports are to be believed. 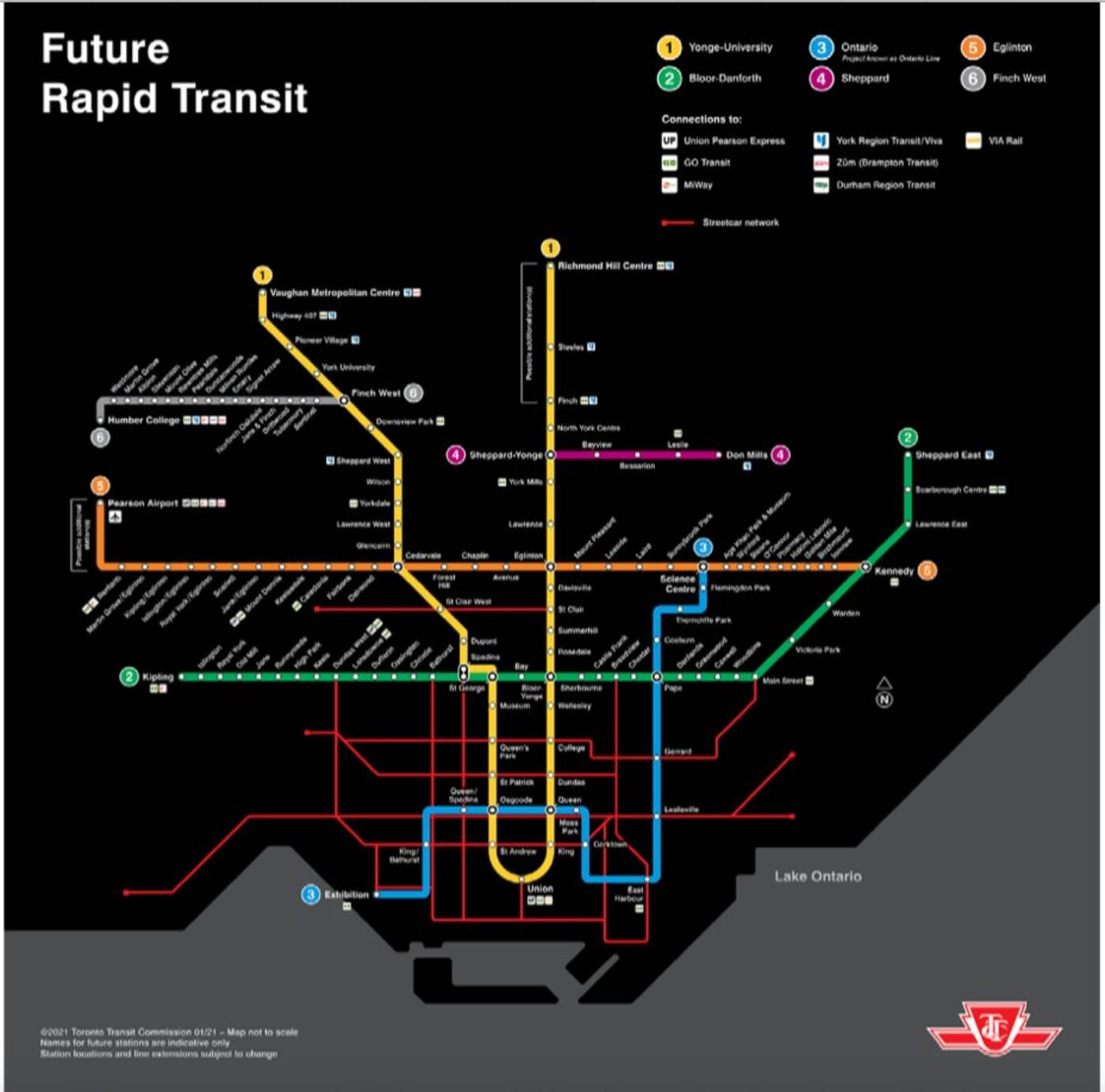 And by 2031, the map will get even more exciting. A decade from now, Toronto might have a rapid transit system worthy of one of the biggest cities in North America.

Among the additions to the transit map are the $10.9-billion Ontario Line, which Premier Doug Ford promised would be built by 2027 and the ever-evolving and controversial Scarborough subway extension.

Both projects would add an additional 18 stops but whether these maps actually become Toronto's reality is hard to say...we've been burned before.