Toronto could be getting a new flowing flatiron building

The famous flatiron building is Toronto's most enduring example of a landmark building on a quirky triangular site, but it could soon have quite a bit of company.

A proposed development at the corner of Weston Road and Lawrence Avenue West is the latest in a growing collection of flatiron-style buildings on sites where diagonal streets intersect with the city's rigid road grid.

Known as Weston Park, the development has been advancing through consultations with the local community, working towards a plan that keeps area residents happy while making the most of the property's soaring value. 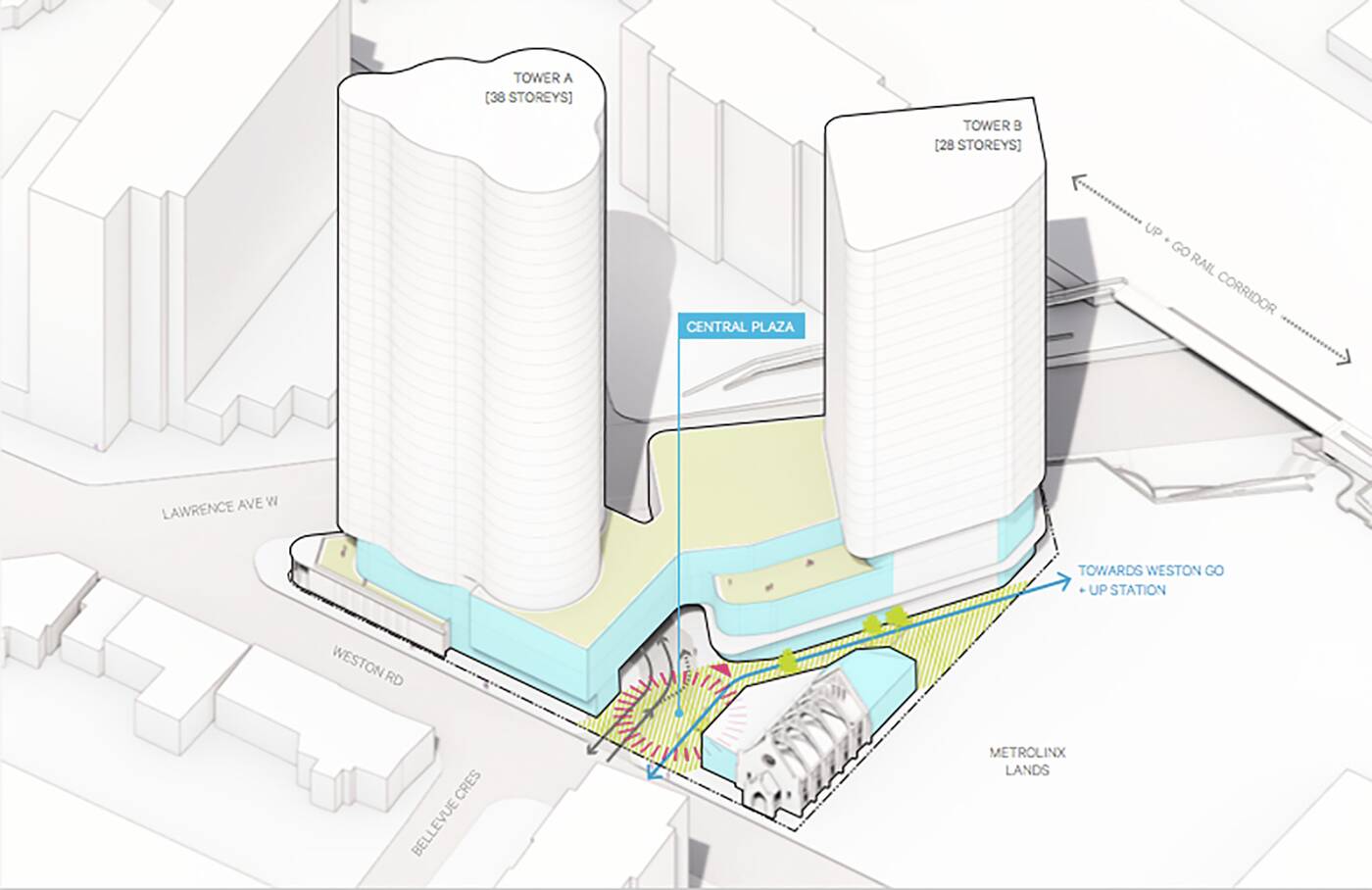 Diagram of Weston Park. Image via SvN and Giannone Petricone Associates for Castlepoint Numa and WPBC.

New details emerged in a virtual community meeting on August 9th attended by over one hundred community members, the second such community feedback session.

The meeting revealed that the redevelopment would bring 38- and 28-storey towers to the intersection's southeast corner, currently home to the Weston Park Baptist Church (WPBC) and a wedge-shaped former bank building. 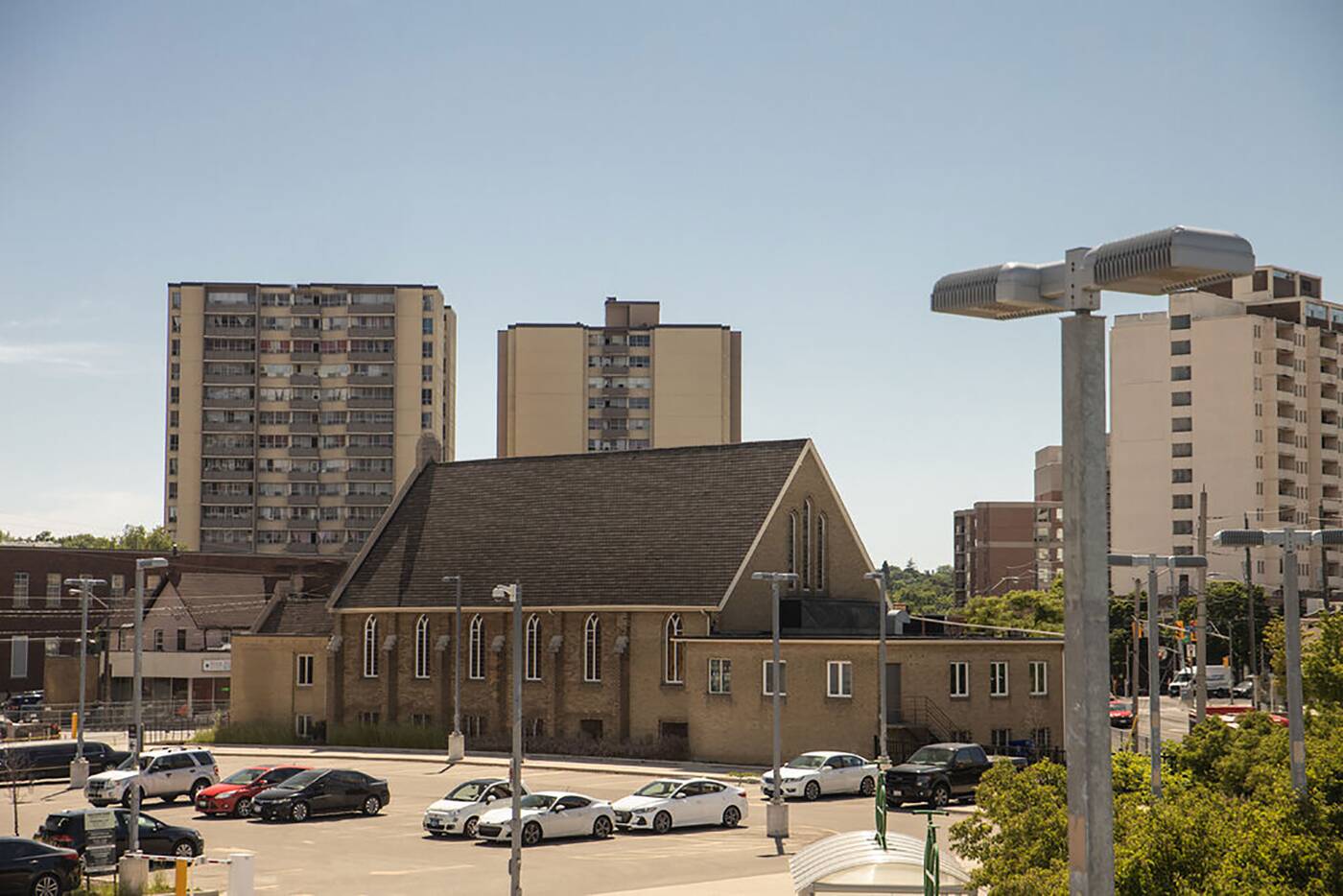 The Weston Park Baptist Church would be relocated and converted to commercial space. Photo via Andrew Williamson Photography.

Both of these buildings would live on in some form, in a plan spearheaded by Castlepoint Numa (of L Tower fame) in partnership with the WPBC.

Most notably, the church building would be retained and relocated, planned to contain retail space. The outer facades of the wedge-shaped corner building would also be kept, preserving both of the landmarks of the site while packing in new density. 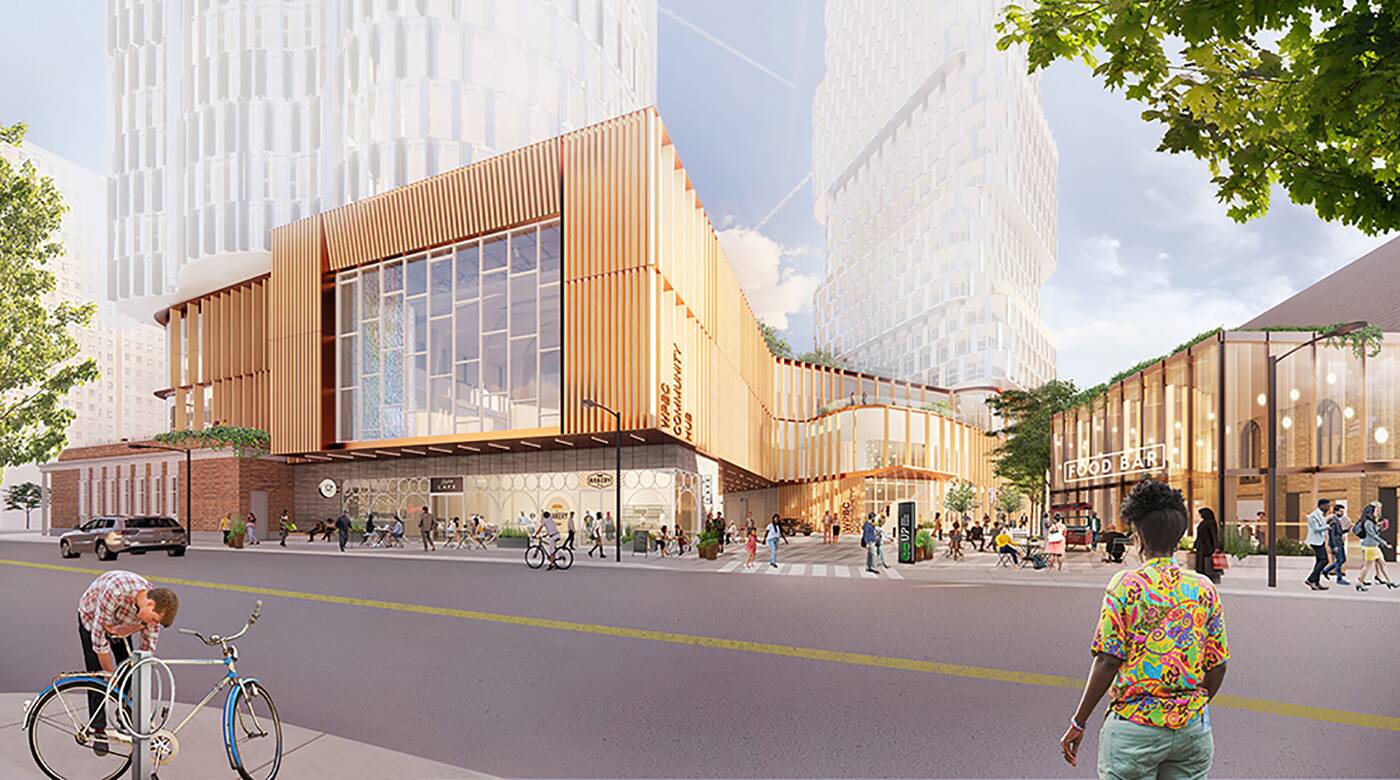 Preserved outer walls of the corner building, visible at the base of the 38-storey tower at Weston Park. Image via SvN and Giannone Petricone Associates for Castlepoint Numa and WPBC.

The current congregation is set to move to new digs within the shiny future complex's base, containing a 350-to-400-seat sanctuary/performance hall, a full-sized gymnasium, and a mix of other church- and community-related spaces. 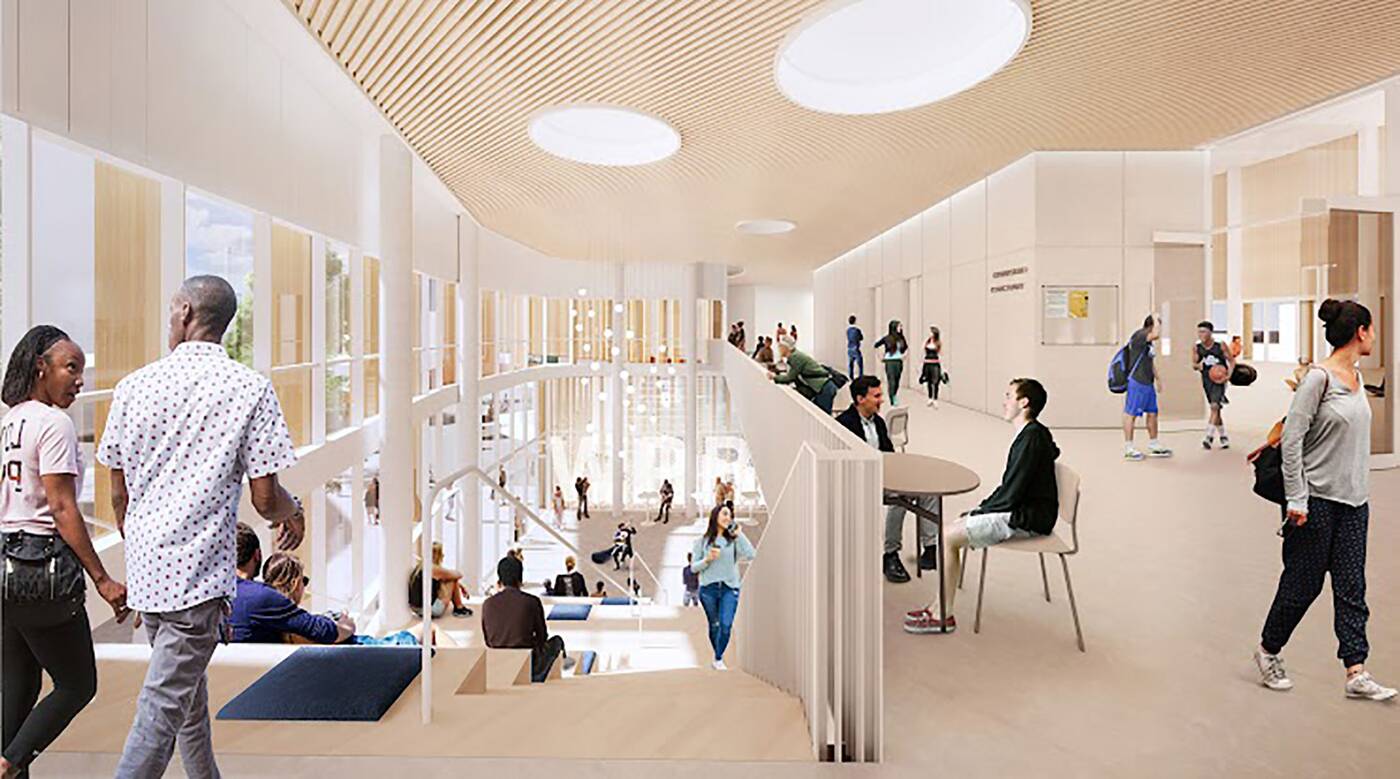 Interior of atrium within Weston Park's mixed-use base. Image via SvN and Giannone Petricone Associates for Castlepoint Numa and WPBC.

Some concerns of locals were likely alleviated upon learning that the Weston Area Emergency Support food bank, which has been operating in the WPBC for 25 years, will be given a new home within the redevelopment. It was reported earlier this year that the number of visits to the food bank has nearly quadrupled since the beginning of the pandemic, so its inclusion in the redevelopment will surely be welcome news.

Plans have been in the works to redevelop the site for 13 years now, the first sign of change coming in 2008 when the church hosted a community consultation that produced a vision for redevelopment.

A couple of years later, studies were undertaken, paving the way for the church to seek out a development partner. Twenty-one potential developers were considered in 2015, narrowed down to a shortlist of just three, from which developer Castlepoint Numa was selected in 2017.

Despite being in planning for such a long time, much is still unknown about the project. One key detail that has not been made public is whether most residential units will be condos or rentals.

The developers have expressed public interest in pursuing an affordable housing component. Low-cost housing would almost certainly require most of the remaining units to be built as condominiums or luxury rentals to keep the development profitable.

Don't expect to see cranes popping up overnight, though, as the project has a long distance to go before shovels can go into the ground. The ongoing community consultation is just a prelude to the proposal officially being tabled to the City's Planning Department, with the planning and approvals process expected to continue into 2022.

For now, the developers are seeking feedback through a ten-question survey, which will inform the plan's next steps.

SvN and Giannone Petricone Associates for Castlepoint Numa and WPBC