Toronto neighbourhood church will completely transform to include housing

A church congretation that has been operating in the Weston community for nearly 130 years will soon see a massive change to its property.

The Weston Park Baptist Church, which has sat at 1971 Weston Rd. since 1947 (and operated in the area for much longer), could soon see an expansion that includes a new church, mixed housing, and spaces for retail and recreational uses.

The development would change the Weston area significantly, given the former Scotiabank wedge site's proximity to the Weston GO station, located just one minute's walk away. 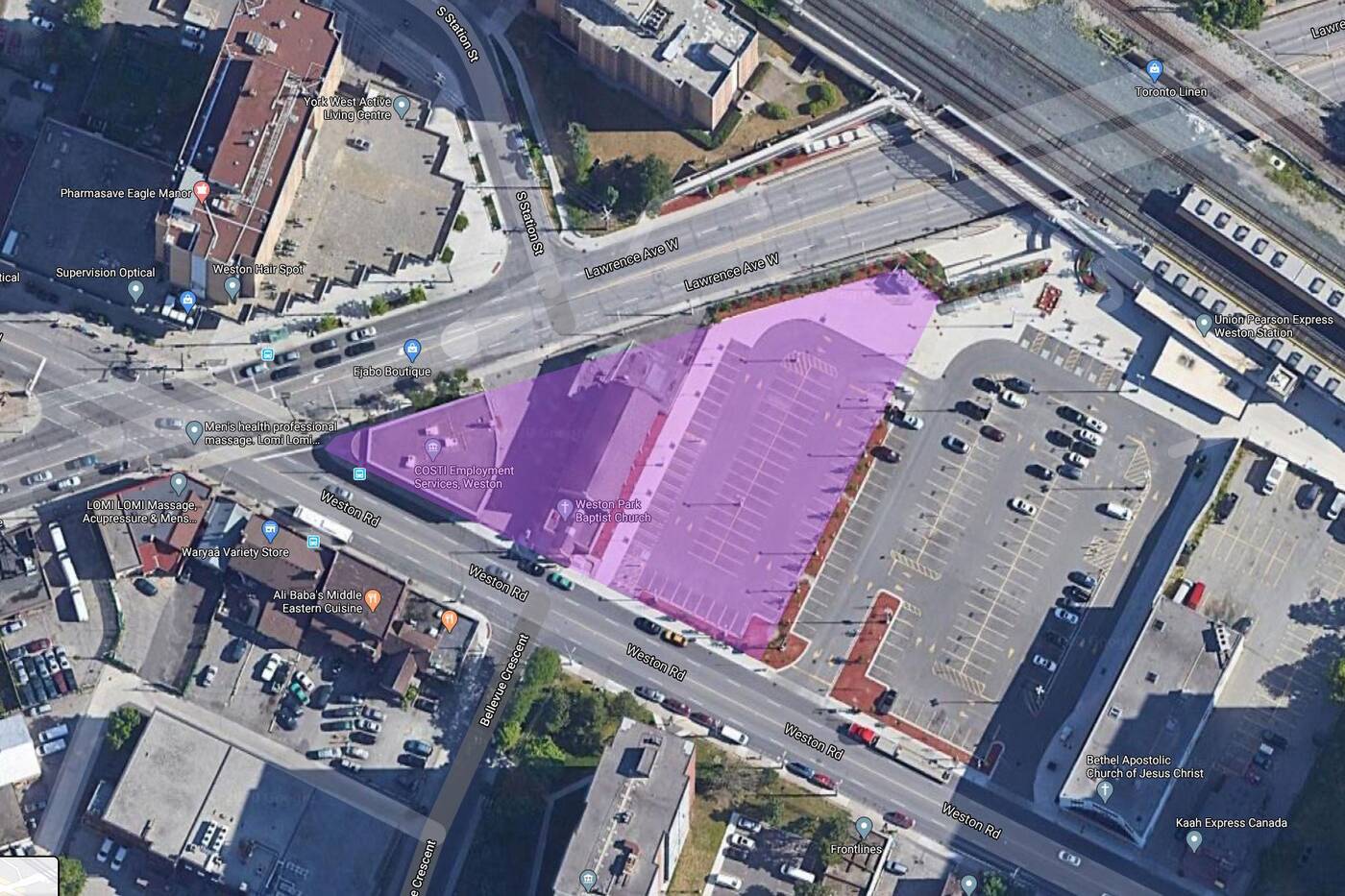 The Weston Park Baptist Church is partnering with Castlefield Numa to create a mixed-use development at Weston Road and Lawrence. Photo via Weston Web.

Partnering with the church is the Toronto-based developer Castlepoint Numa, whose previous projects include the Esplanade's L Tower.

The company was also behind the failed 10-storey condo in the Junction that saw refunds for around 150 buyers.

It's rare to see church properties undergo such a sizeable expansion. According to Weston Park Baptist Church, the idea kicked off in 2005, when the church acquired a portion of the old West End Chrysler property at 1885 Weston Rd. next door.

While no official renderings have been submitted from the Weston Park Development to the City yet, the church says they're looking to build a new church and use their existing sanctuary at 1971 Weston for events like live performances.

A space to host the Weston Area Emergency Support food bank, which has been running in the church for 25 years, is also a top priority. 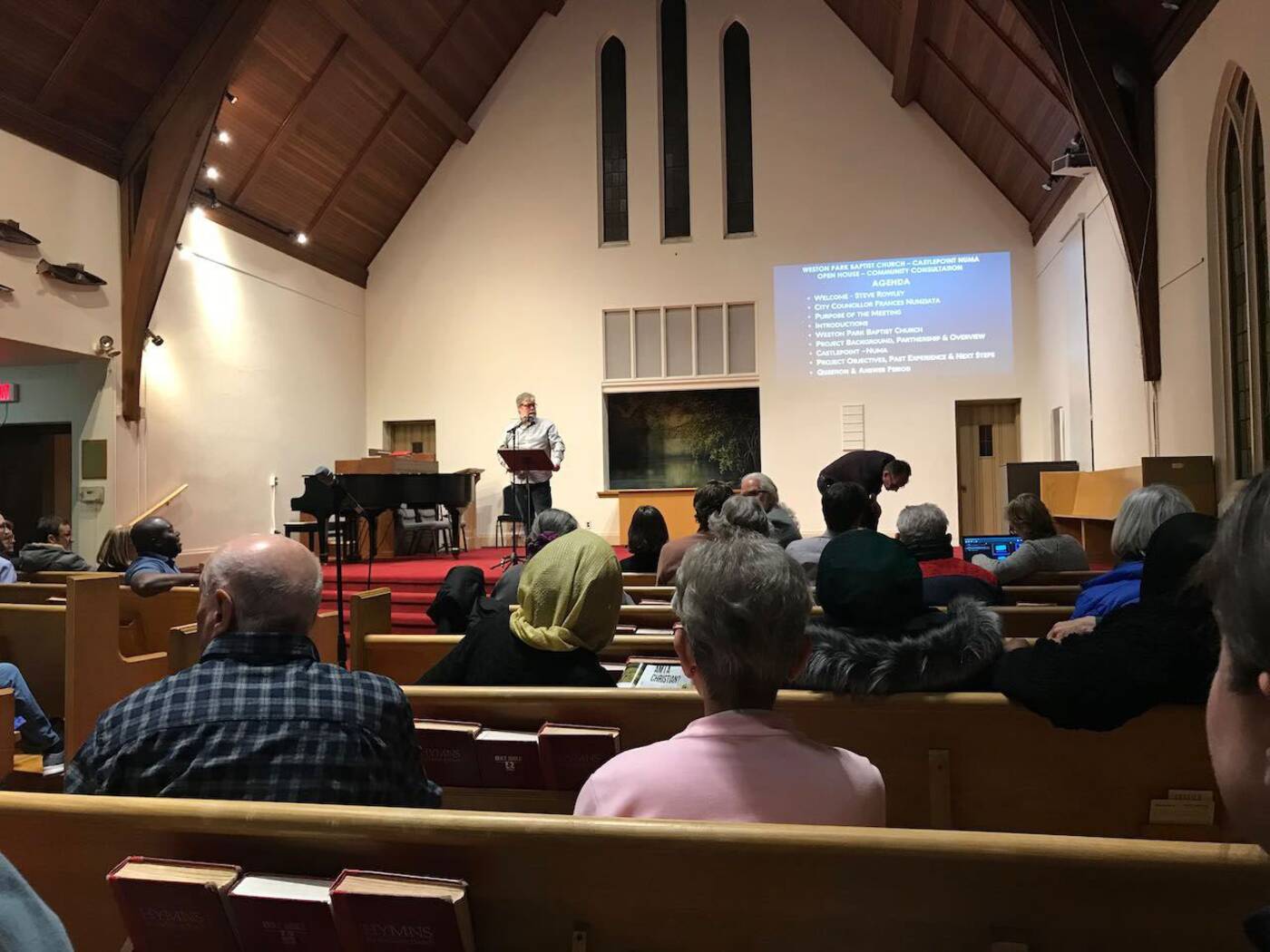 The church has been operating in the Weston community for over a century. Photo via Andrew Williamson Photography.

The number of visits to the food bank have nearly quadrupled since the beginning of the pandemic, says the Weston community.

Residential units are also slated for the development, though what kind and how many is yet to be announced. They also plan to offer space to the YMCA and Weston-based charity Frontlines.

Currently, the church's congregation numbers at around 175 people.

The Weston Park Development is expected to cost upwards of $25 million. Though no application has been submitted to the City just yet, there are plans to do this year, with hopes of completing construction in the next few years.