The latest project from Lamb Development Corp. will be a wedge-shaped condo replacing a popular auto repair shop.

Lamb was in the news recently when nine people, tenants of a property he owns at 1407-1409 Bloor St. W., were forced to leave their homes twice after carbon monoxide detectors were triggered.

The apartments in question were illegal and above an auto garage. The property is now set for development but at least some residents don't want it.

Lamb's latest project is in the same neighbourhood but at a different garage. 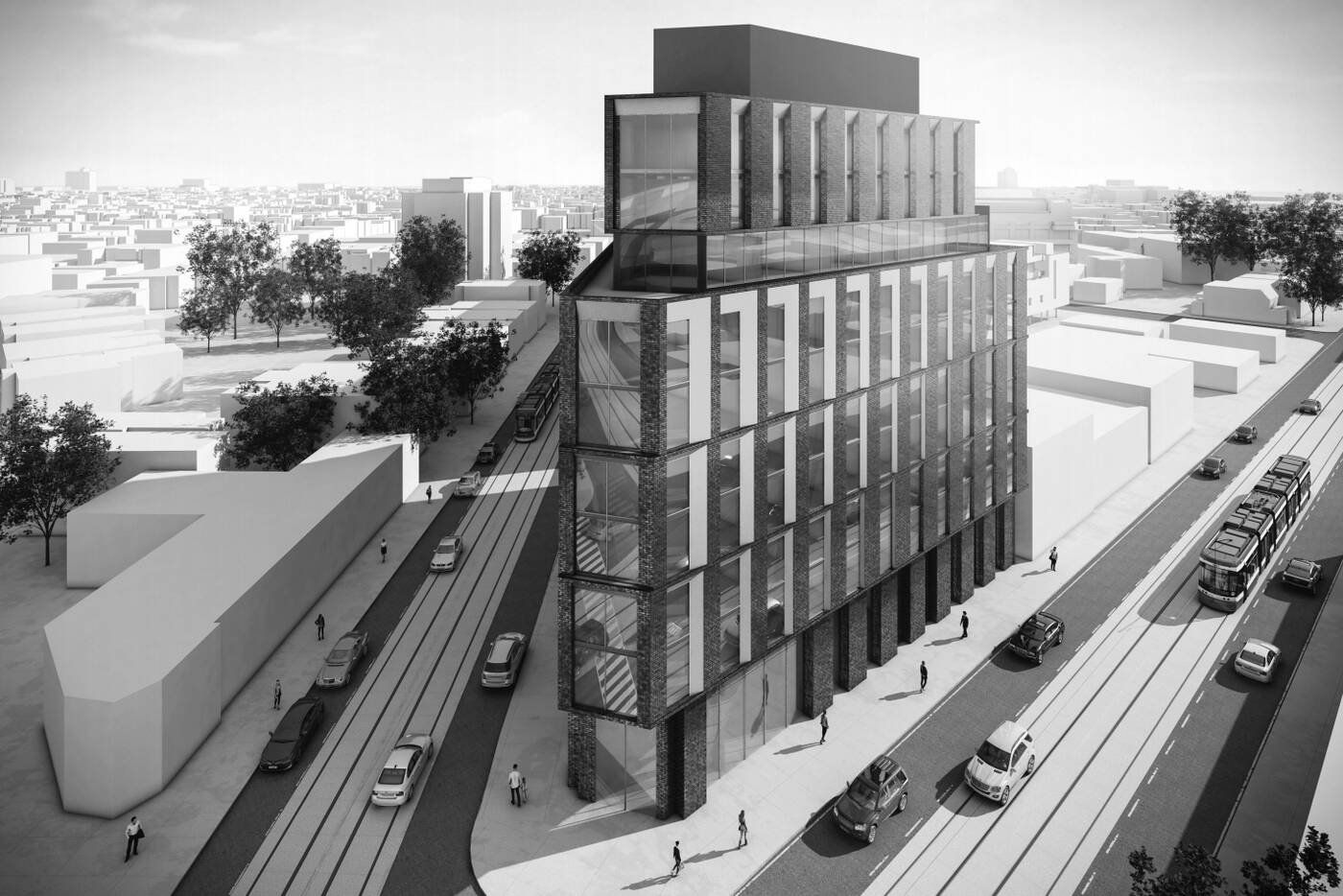 There are only black-and-white renderings of the condo development for 2 Howard Park Avenue. Rendering via City of Toronto Submission

The project, slated for 2 and 6 Howard Park Avenue in Roncesvalles, will replace the Master Mechanic on an odd-shaped piece of land.

Apparently, Lamb did not tell Master Mechanic about the development plans.

"It was shocking and disingenuous for us to discover his intention for his proposed development through customers and the through the City Counsellor's office of Gord Perks," the auto repair shop posted to Facebook on Saturday. "Brad was not forthcoming and transparent with us."

The shop added that they understand as the landowner he can do what he wants with the property, "provided that the community accepts this proposal to rezone and develop."

They would have liked the information in advance "to inform our customers and our community and to avoid all the upset this has caused." 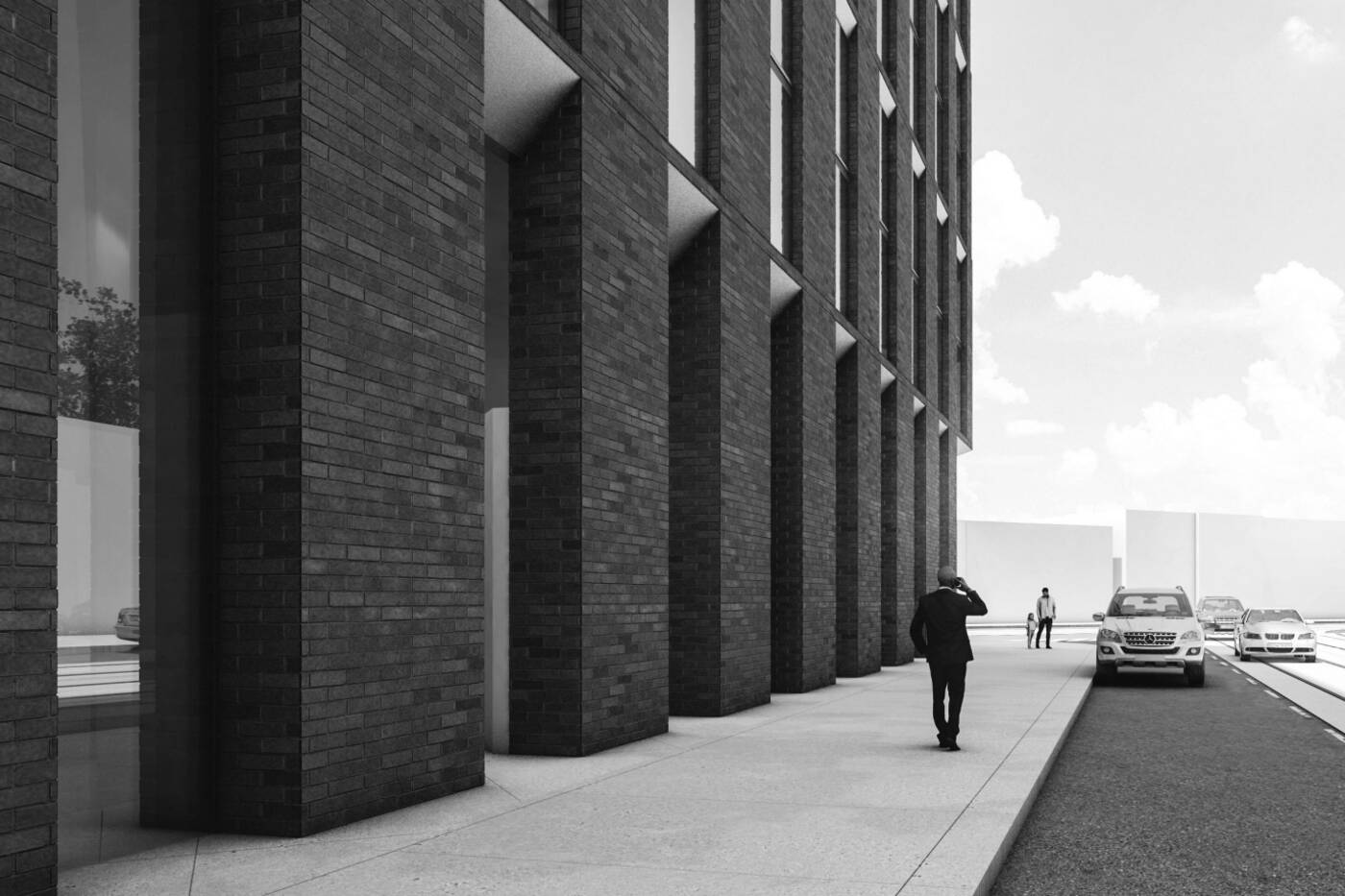 The development would use a mix of brick and stone to, according to the developer, reflect the character of the Roncesvalles neighbourhood. Rendering via City of Toronto Submission

Described as a "mid-rise, flat-iron shaped" building, the 10-storey mixed-use development will have 128 residential units and a 377 square-metre commercial or retail component, according to the proposal sent to the city.

While the shape is like a wedge, it probably won't be confused with Toronto's often-photographed and historic Flatiron, also known as the Gooderham Building in Toronto.

But the plans include a mix of brick and stone in order to "reflect the existing character of the area."

The Lamb project is now in the application stage and there is no timeline as to when or if it will be built. There is also no public meeting scheduled yet.

Master Mechanic, however, said they have a lease until Jan. 31, 2024 and hope to stay in the community.

"That is our main goal right now and we hope you will stand with us as we explore our options. Please stay tuned, we need some time to let this heartbreaking news sink in and plan for what is coming next."