How a Toronto hotel became a party mecca

There are a lot of great bars, clubs and venues in Toronto to throw parties, but there's one spot noticeably rising to the top, especially in the past year and early 2017.

The Gladstone Hotel has always been a beacon for cultural activity on the west side of the city, and they've been throwing wild dance parties there for well over a decade.

But it's since owner Christina Zeidler hopped back into the saddle and former programmer Kaleb Robertson and current programming director Lukus Toane arrived, that every room in the building was brought back to life. 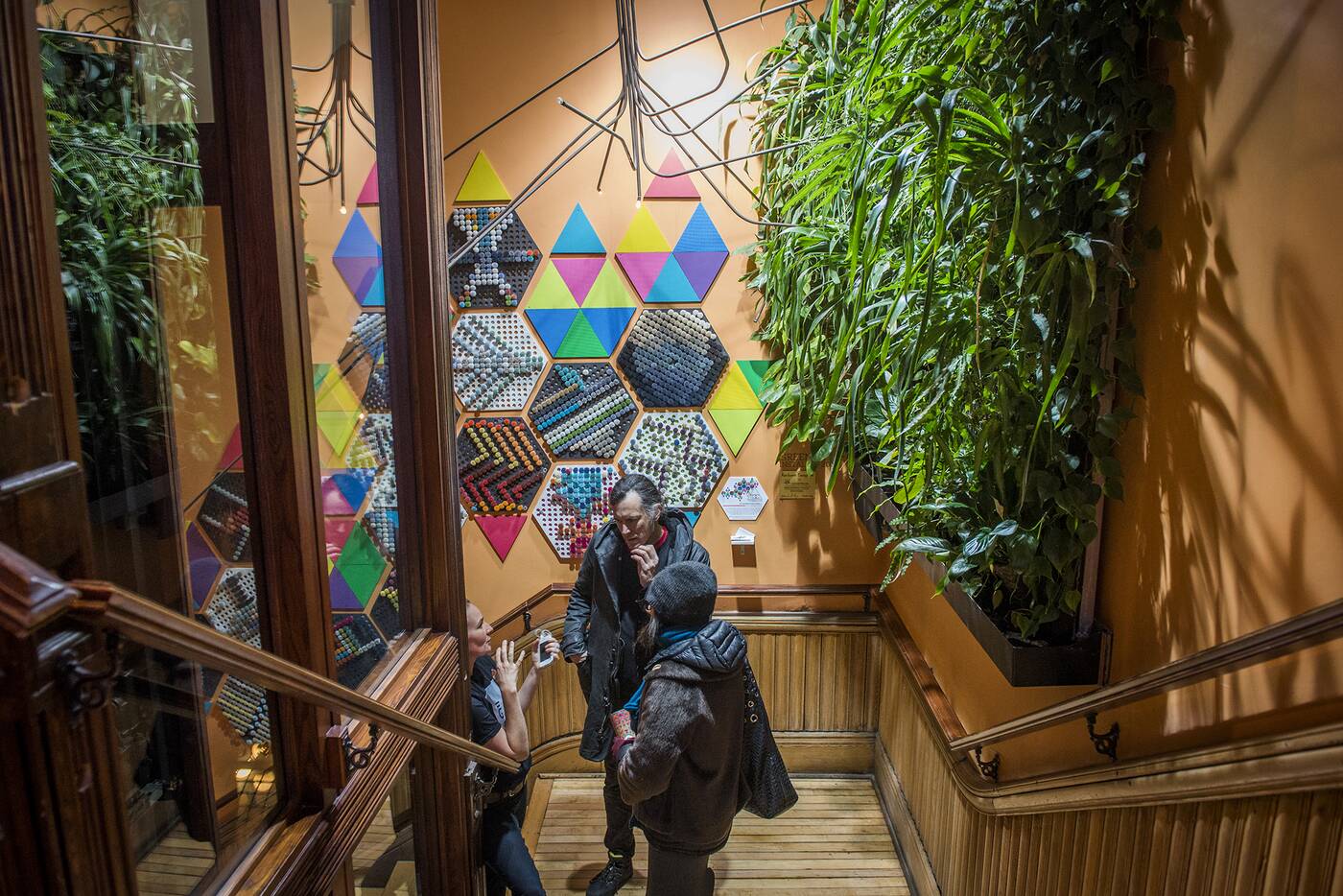 The Staircase up to the second floor rooms and galleries at the Gladstone features a living wall. Photo by Hector Vasquez.

At this very moment something cool is happening somewhere inside of it.

"13 years ago the Gladstone and Parkdale were not a safe spaces," Zeidler says. "Those early days were about trying to make the space available for everybody. Now, after 10 years of gentrification, the Gladstone remains a space that has its roots in Parkdale with the people that came with it, but also opened up queerness in the west."

Zeidler attributes the upward trajectory of the hotel to being a unique destination for art, but also for wild, inclusive parties in their ballroom. She also points to a culmination of real connections.

"I think we’ve always had amazing exhibition programming going on with huge connections into the queer world and right now we’re connecting all those things together and being savvy about our timing," she says. 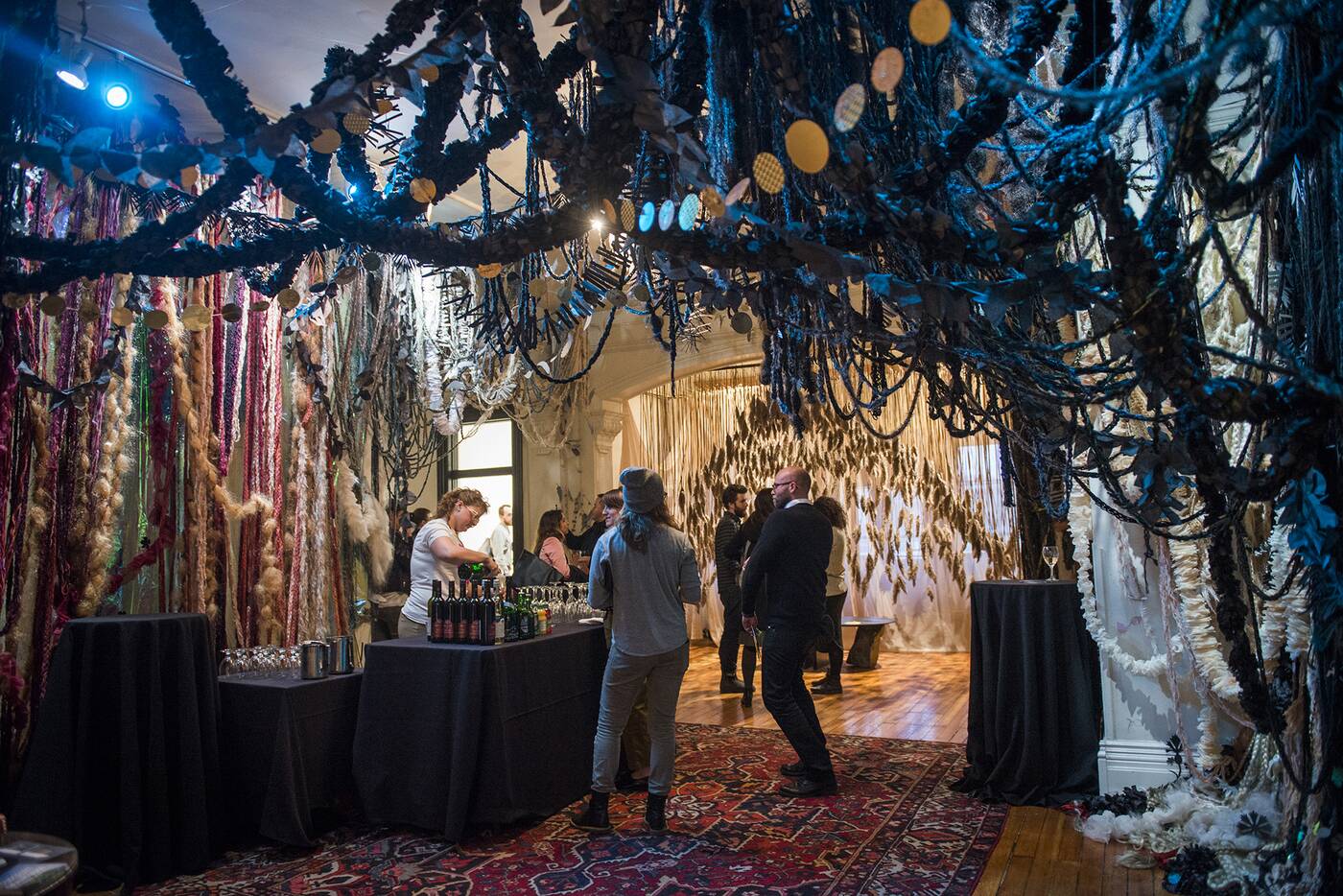 The second floor of the Gladstone, transformed for Come Up To My Room 2017. Photo by Hector Vasquez.

Many of those dots were laid out by current director of exhibitions, Lukus Toane.

"Being at the hotel is continuing to remind people that this is a place you can come and be a weirdo and be creative and celebrate each other," Toane says. "We try to pull on all kinds of people; music people, art people, queer people, literary people and we have a pretty good success rate with all of them."

He's not joking. Not only do major parties like Come Up to My Room, take over the building, but Long Winter recently filled all three floors. There's also Steers and Queers, Bent Beauty Supreme, the Goddess party, Good Enough! Live karaoke and numerous art shows during the week and weekends.

"As a hotel, a big part of it is offering to our guests, in a spoon-full-of-sugar kind of way, this is what’s happening in Toronto on a cultural level when you’re staying with us," Toane says.

"There’s not really a place in Toronto where there’s burlesque in one room, a book launch, karaoke in the melody bar, and an art opening on the upper floor." 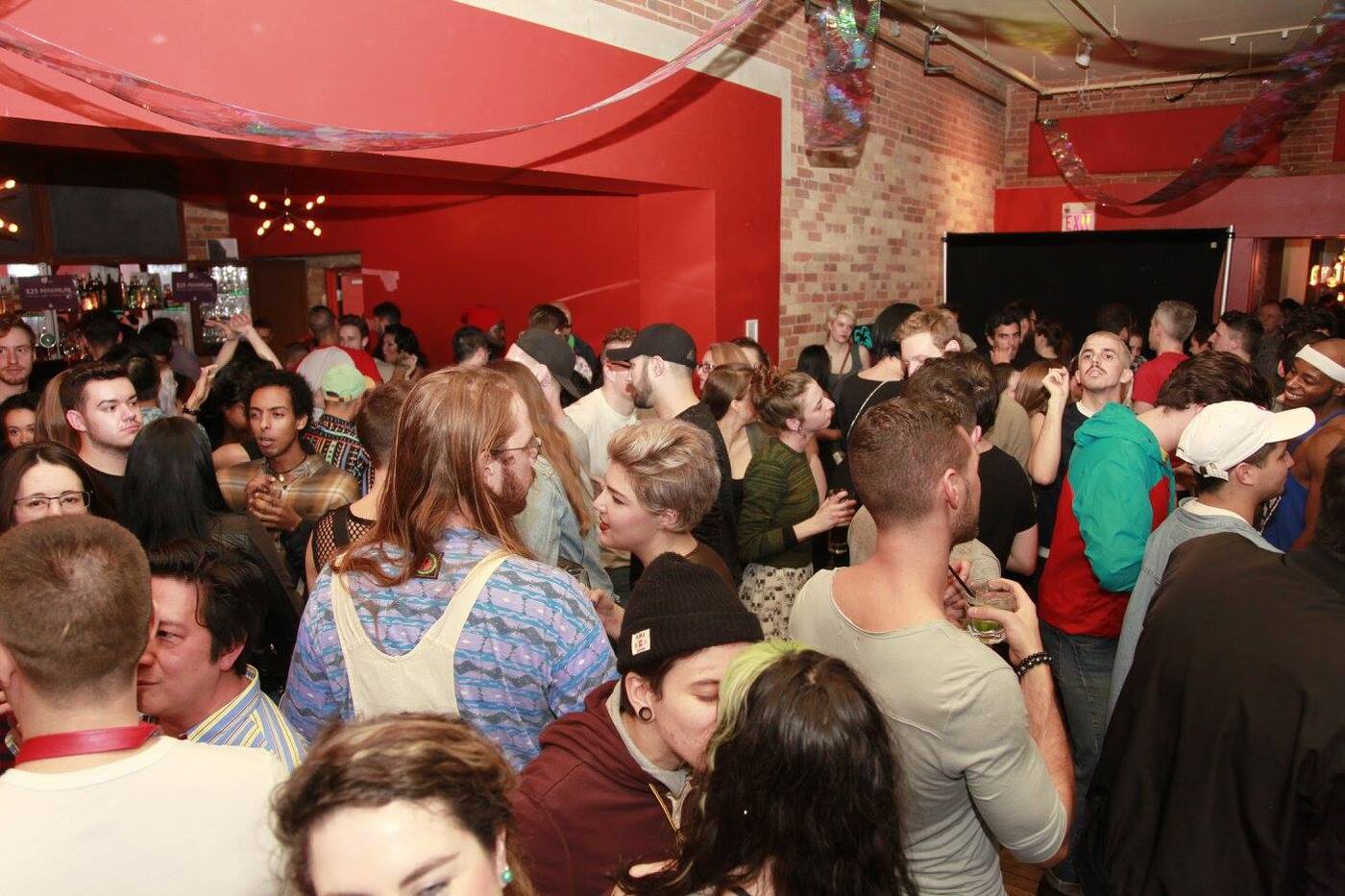 The dance floor at the San Junipero party. Photo by Beau Levine.

Brett William Ashley is the guy behind the hugely successful San Junipero party and past Carly Rae Jepsen party. He's one of the creative folks the Gladstone loves.

"What I really like about throwing parties there is that there’s something about the whole building that feels safe and can bring so many people together," he says. "It feels different than just a club or a bar. I don’t think anyone’s ever worried about fights breaking out or people stealing stuff."

The hotel has remained a safe venue to many through the years, but what's the reason it's exploding today? Because "the Gladstone represents a place where it’s not riding on the backs of people, it’s about inclusion in a real way," Zeidler says.

It seems Toronto needs a venue like this more than ever.