Maximalism often gets a bad rap in popular music. Subtlety is used as a talking point in the press all the time, but few seem to praise the bands that push their music to its absolute sonic limit--be it through volume, histrionics, sheer number of players, or all of the above. A band like Toronto's own Bruce Peninsula go to great lengths to stake and prove the claim that more is indeed more, when done right. They declared on Twitter that they'd be playing Thursday night's show at The Great Hall "all-in, 10-piece," it's no surprise that they were loud, powerful, and most importantly, effective at translating their sound to fit the ornate room. 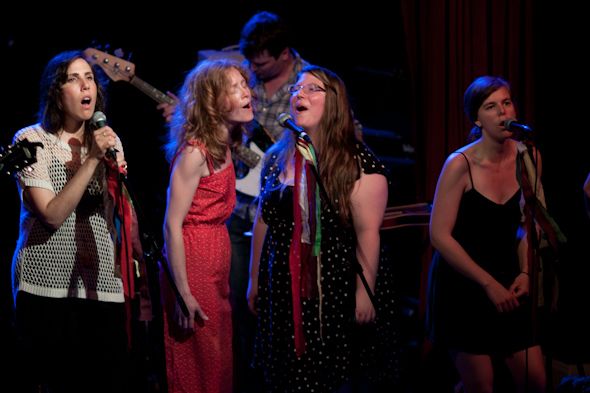 Walking into the venue, it was possible to mistake the setup onstage not for a rock band, but rather a vocal choir augmented by traditional rock instruments. But anyone who has had the pleasure of witnessing Bruce Peninsula live, knows that these two sides of the musical coin can come together smoothly, especially when coupled with just the right tinges of blues, soul, and folk.

Add impeccable musicianship (seriously, how frontman Neil Haverty plays some of those guitar lines while holding a vocal melody is beyond me), affecting and anthemic songs, and the stage presence most stadium-sized acts could only dream of, and you've got one of the best bands Toronto has to offer. 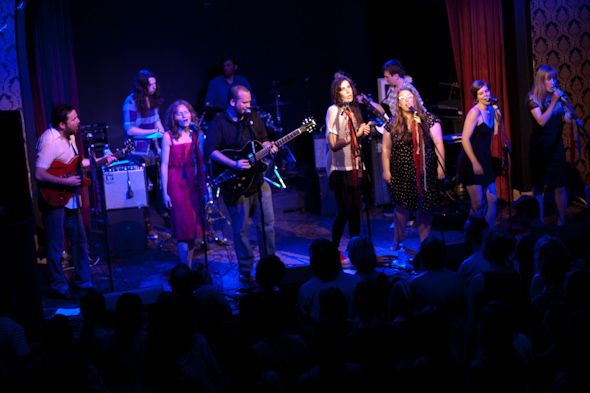 With almost half of the 10 people lineup consisting of the "choir" of Ivy Mairi, Tamara Lindeman (also frontwoman of the excellent The Weather Station), Kari Peddle, and Daniella Geshundheit, the harmonies resulting from the dynamics of each individual's unique voice commanded the audience's attention for the entire duration of the show.

Impressively, this never drew focus away from the other players in the band, but only served to compliment singers Neil Haverty and Misha Bower and the slinky prog-inspired leads of guitarist Matt Cully. The rhythm section of bassist Andrew Barker and powerhouse drummer Steven McKay were joined by auxiliary percussionist Leon Taheny --one half of Dusted, the night's openers--creating an appropriately thunderous backdrop for Bruce Peninsula's songs. 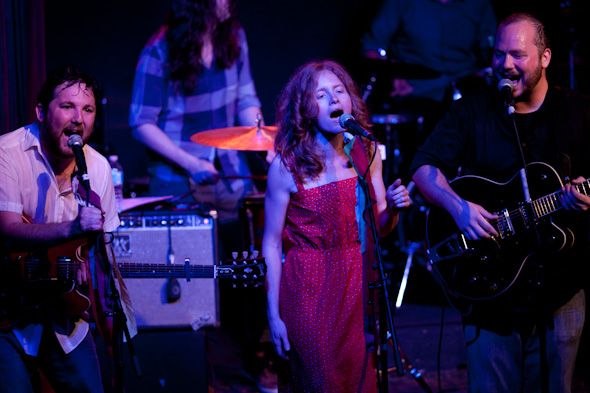 Songs from last year's sophomore album Open Flames, such as single "As Long As I Live" (which got its start as commissioned for Ed Gass-Donnelly's film Small Town Murder Songs) got the crowd hollering along. Early on in the set Haverty modestly remarked that he wasn't sure if anyone was going to come to the show, as it had been a whole seven months since the band had last played their hometown. If anything, though, it had been too long--the fact that almost every song inspired a singalong amongst the devoted crowd of fans and friends is testament to Bruce Peninsula's talents. 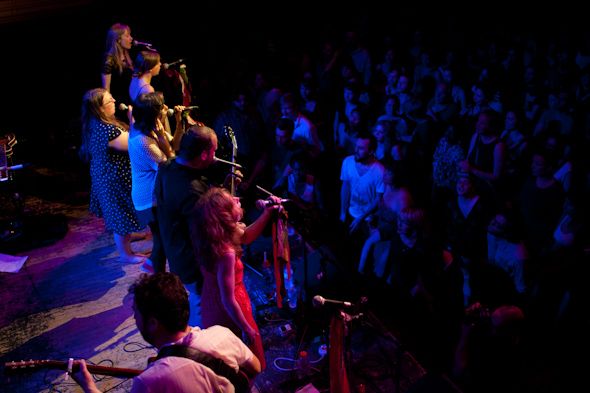 The set reached a fever pitch during the last third, in which the band aired out a series of highlights from their self-released debut A Mountain is a Mouth. They finished up with a rousing medley of "Weave Myself a Dress" and "Crabapples," the former showcasing Misha Bower's impressively smoky vocals and the latter featuring a reckless Haverty singing while bounding around the balcony.

If the band keeps going at this rate, there's no way Bruce Peninsula can stay Toronto's best-kept secret much longer. Rest of the world: take notice. 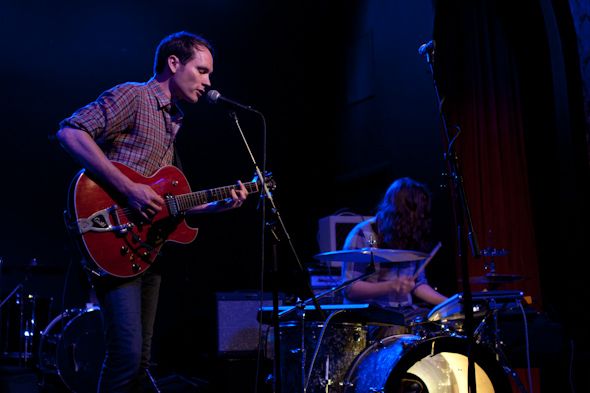 Dusted got the crowd primed for Bruce, playing a selection of songs presumably taken from their forthcoming debut album Total Dust. Holy Fuck's Brian Borcherdt recorded most of the record in a converted garage with Leon Taheny, and the songs they chose to preview bared little resemblance to the electronic beatscapes mapped out by Borcherdt's other band.

In a similar fashion to the night's headliners, the duo greatly filled out their sound using comparatively few resources. Borcherdt produced rich, full tones from a small amp and a hollowbody guitar while Taheny stuck to a pared-down drumkit, often simultaneously playing a Roland synth positioned over his tom. Halfway through the set, a violinist joined for a few songs, adding dissonance to Borcherdt's inherent sense of melody at play in most of the set's songs. 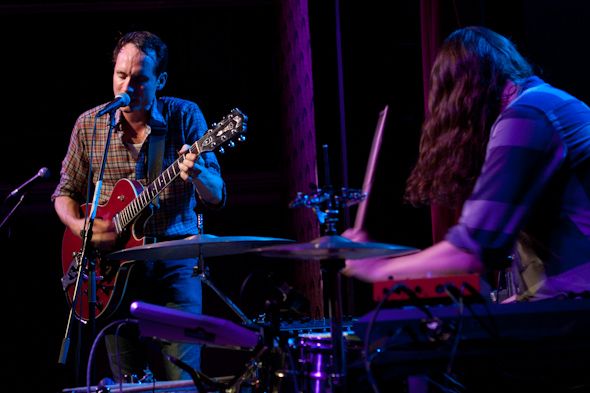 You'd never know it from the Holy Fuck recordings, but fronting a rock band, Borcherdt came off sounding a bit like Neil Young but, with Taheny's help, created a bone-chilling sound. They'll be playing at the El Mocambo on June 14 as part of a stacked NXNE bill that includes A Place to Bury Strangers and others--check it out as Dusted are only going to get better with time.

Weave Myself a Dress
Crabapples