For this week's In The Window I took a walk in the hot weather down Queen St. to the original Cosmos Records between Spadina and Bathurst. Owned by Aki, a man with an insane amount of music knowledge, this location is one of two Cosmos in the area. Both stores are similar in layout in that they're simple rooms absolutely full of packed shelves and vinyl up every possible wall.

Although both locations are fairly close to each other they both offer a different variety of genres. This weeks location takes a look at their Soul, Hip Hop, Rock and Disco selection. 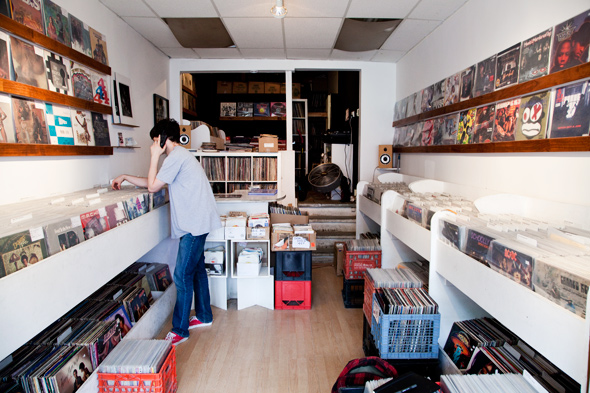 Because there are so many records on the wall it makes it quite difficult for me to name off every one so, instead, I decided to take a selection from each genre and let you get a little sample. You'll have to check it out yourself to see all the high-end vinyl covering the walls. 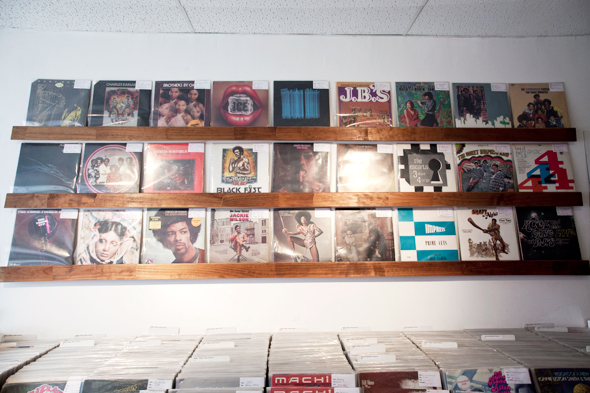 Gil Scott Heron - Pieces of A Man
"Flying Dutchman 1971. Gil Scott Heron passed away on May 27th, 2011. Also check 'Winter In America' by Gil Scott..beautiful blend of jazz and poetry."

Yasuko Agawa - L.A. Nights
"If you think Japanese are about sushi and small cars you're dead wrong..this 80's soul gem from japan can groove any dancefloor in Toronto..just not in King West."

Check out Cosmos West Records in the other In The Window HERE.