A Line Friends and BT21 pop-up at Toronto's Yorkdale Shopping Centre has drawn out hundreds of people who have been lining up since last night to get in.

The pop-up announced earlier this month is being put on by the people behind Sukoshi Mart, a Toronto store known for importing an impressive range of coveted Asian goods.

"People have been lining up since 11 p.m. last night and we have about 800-plus people waiting," says Sukoshi owner Linda Dang.

"We have to ensure everyone's safety, so wait times will be longer so that we can follow all safety guidelines set out."

The pop-up starts today with an opening time of 10 a.m., and lineups at the mall to get in have actually extended into parking lots. 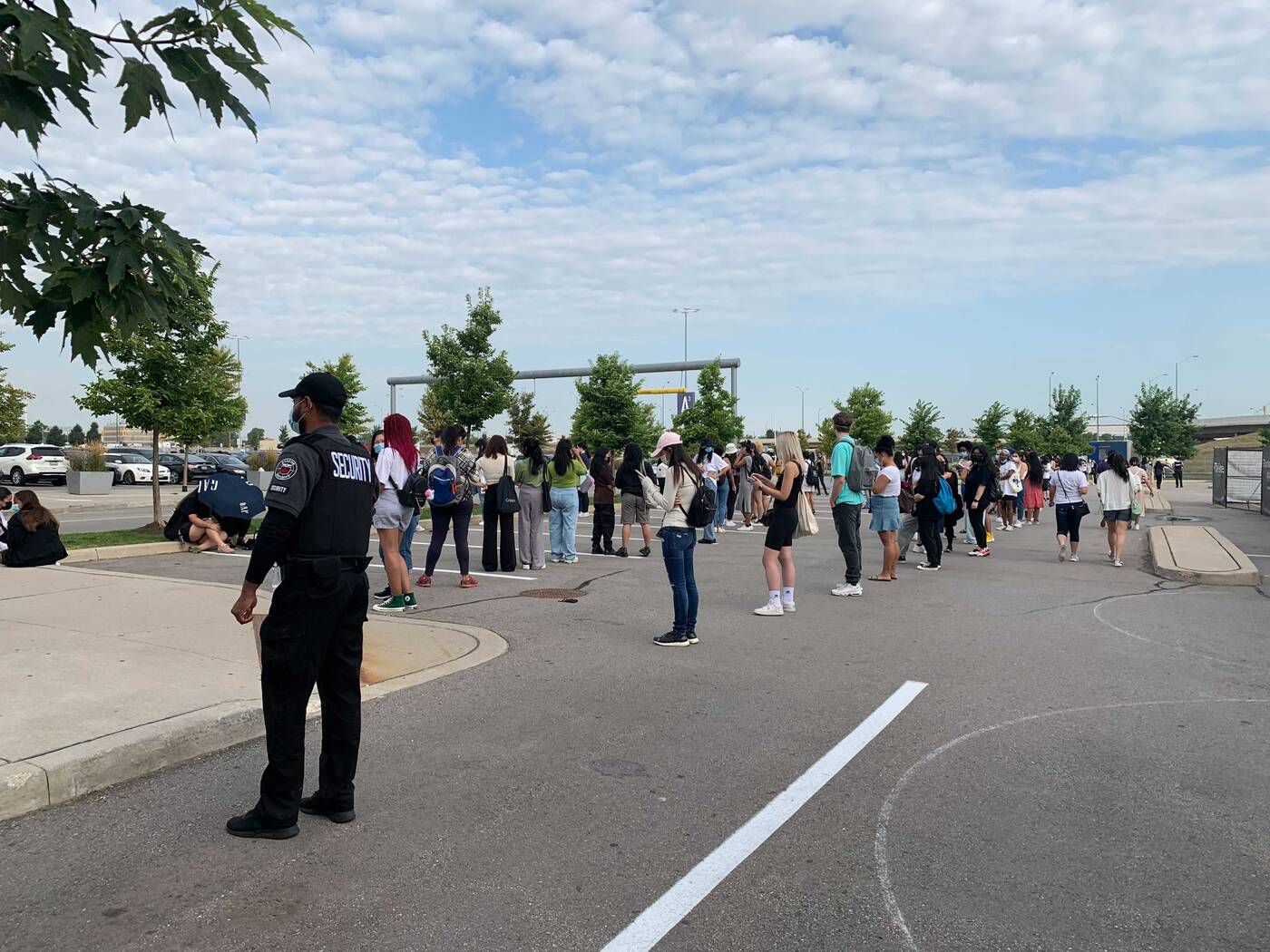 People lined up in the Yorkdale parking lot for the pop-up. Photo by Briana-Lynn Brieiro.

Line Friends is a set of characters developed for a popular messaging app, and BT21 is a collaboration between K-pop group BTS and Line Friends. It was advertised that the first 300 customers today would get a soft BT21 headband.

Dang says the most popular items will likely be the large pillow cushions, which she anticipates will sell out quickly.

"We also have a lot of hard to find and limited edition items," says Dang.

It should probably come as no surprise that people are lining up in such numbers for this pop-up: a BTS pop-up in 2018 also drew crowds of hundreds, and sold out in two days.

If you're not feeling the lines, however, Dang reminds fans that Sukoshi Mart will be carrying Line Friends products on their website as well.