The top 25 Mexican restaurants in Toronto by neighbourhood

The top Mexican restaurants in Toronto are merchants of tacos and everything in between, from homemade tortillas to tortas and guac galore. It's one of the best types of cuisine around — made better with a cool bottle of Jarritos or a shot of mezcal.

Here are my picks for the top Mexican restaurants in Toronto.

The ice cream shop-turned Mexican snack spot El Pocho has a little patio where you can nom on elotes, beef barbacoa fries and, of course, tacos. The biggest plus is that everything here is gluten-free.

Building off the success of their guacs and salsas, Mad Mexican has good portions, offering huge plates of tortilla chips drizzled with garlic oil and fairly priced tacos.

Easily one of the best Mexican spots in the city, Xola is a teeny spot on Queen East with amazing tacos sold by the plate and a mixed drink of rum and horchata that's worth trying. 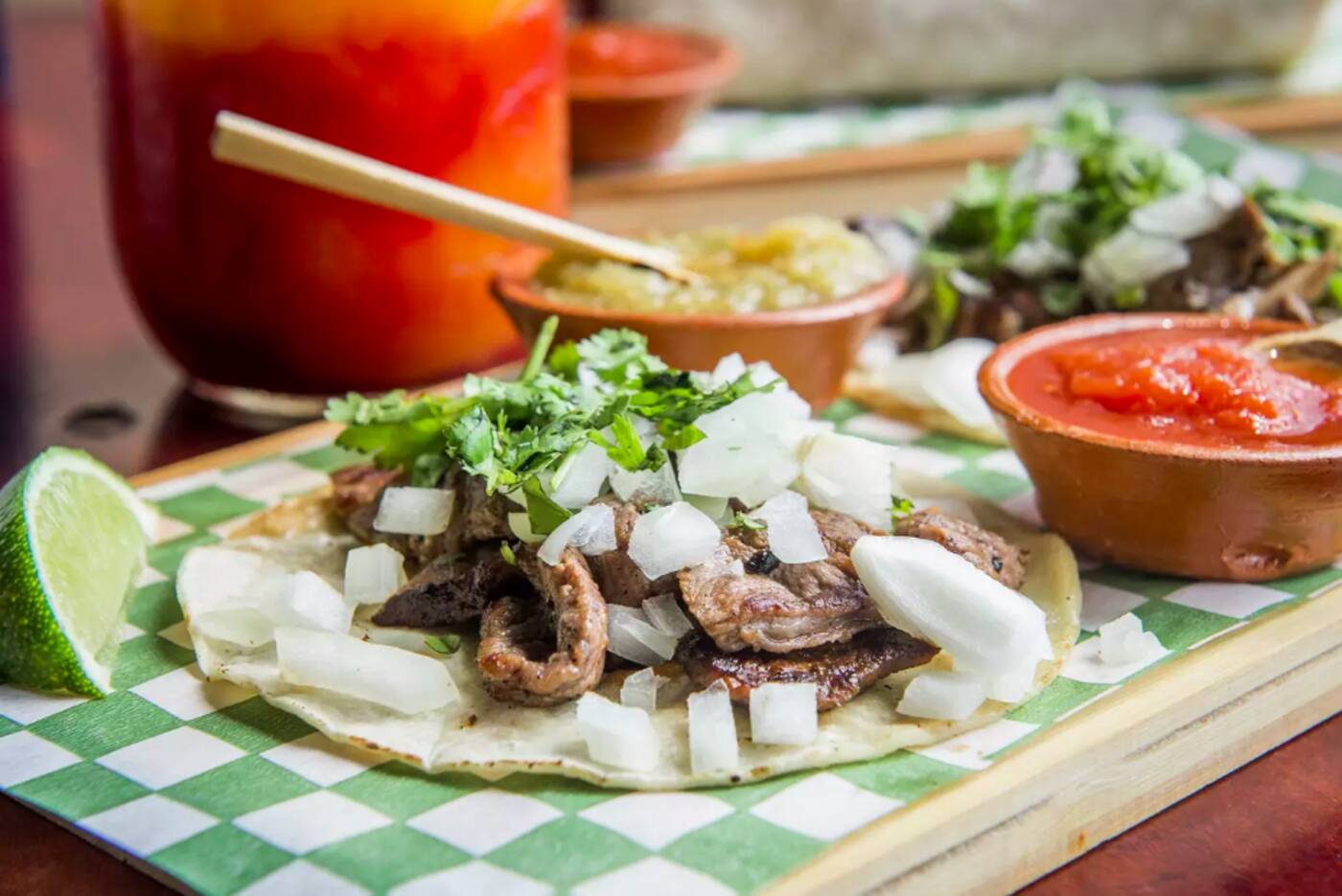 Mexitaco in Scarborough is famous for their tostadas. Photo by Hector Vasquez.

You'll feel like you're in Mexico at Cocina Economica, where the tacos are doubled up to prevent any saucy messes — a welcome move if you're not the most elegant eater.

El Catrin is a two-tiered restaurant that's perfect to retreat to after a day of exploring the Distillery. It features a bustling seating area and a nighttime patio equipped with fire pits and chandeliers to illuminate your mezcalteles.

Los Colibris is the fancier counterpart to its downstairs sister El Caballito, serving refined Mexican dishes inspired by chef Elia Herrera’s family recipes, coming to us by way of Veracruz.

The much-raved about Rosalinda is vegan-only: eat black bean burgers and roasted veggies in this beautiful new spot by Grant Van Gamaren (Bar Raval) and the duo behind Pizzeria Libretto, Max Rimaldi and Jamie Cook.

It can be argued that everything on the menu at Aztec's Mine is amazing. This friendly spot has an authentic menu of tacos, enchiladas, and features windows that open wide in the summer for a view of the park right next door. 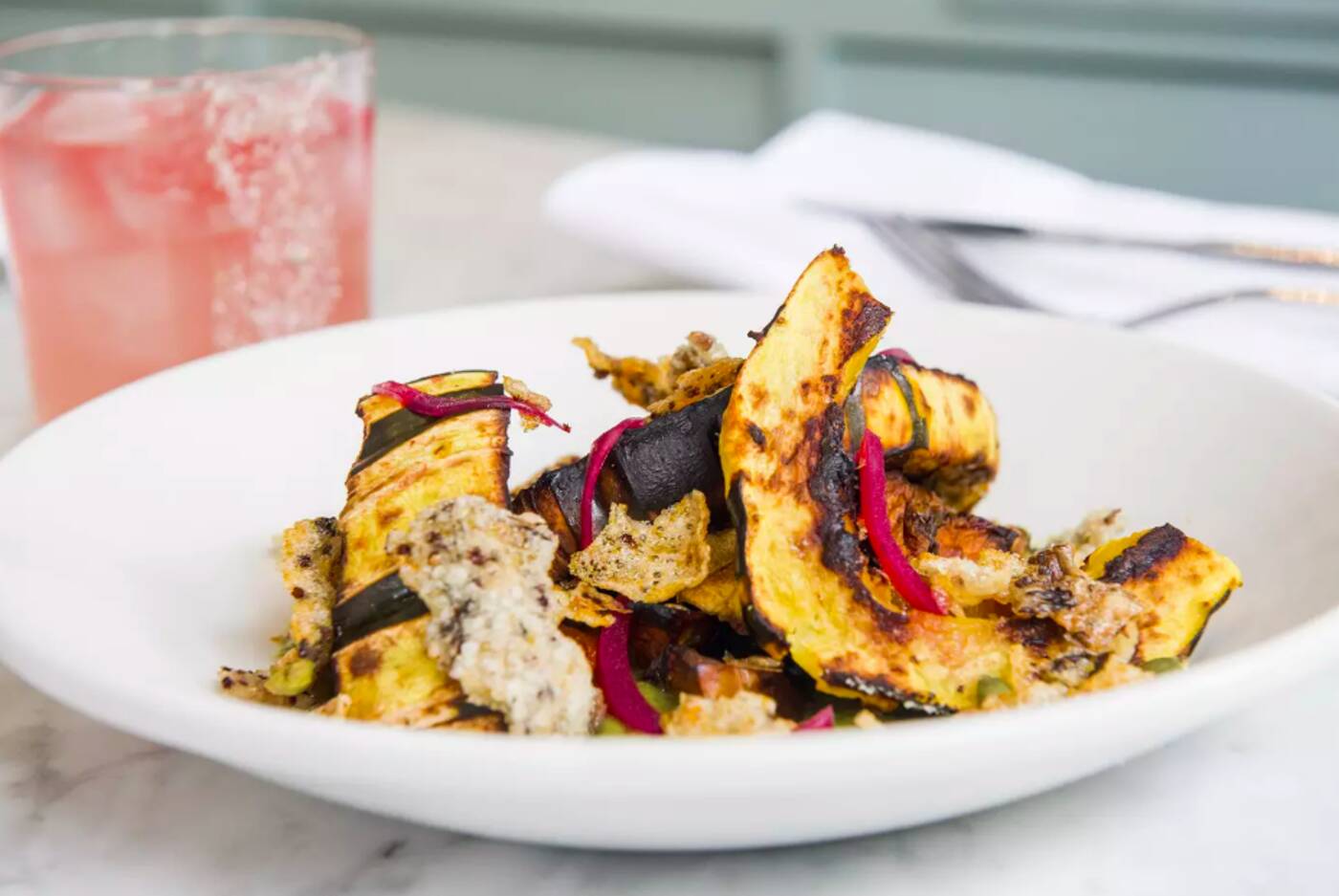 Vegans can dine on Mexican veggie dishes at Rosalinda. Photo by Hector Vasquez.

As expected, the al pastor at Al Pastor is the real draw of this colourful restaurant. You can get their slow-cooked pork shoulder in burritos and tacos with a pineapple and vanilla drink called tepache.

El Nahual Tacos is a total gem. More of a stand than a restaurant, the fish and shrimp tacos here are to die for; get them to-go, or down them at the window-side bar stools.

There aren't any tacos for sale at Torteria San Cosme, which is refreshing and pretty rewarding since the sandwiches they specialize in are mouthwatering and totally deserving of a menu all their own.

Mexican brunch is the best type of brunch IMO, and El Local Loco does it well with Mexican-inspired bennies and churro french toast. Forget mimosas — morning margaritas are where it’s at.

Offering a lean menu of Mexican street faves, Campechano serves up thick-shelled tacos and quesadillas with gooey oaxaca cheese in a narrow, but nicely designed spot that gets filled from wall to wall during lunch hour.

Everything is made from scratch at Maizal, and you can taste it — from the delicious corn tortillas to the chips accompanying their guac. Down it all with some micheladas on their little outdoor patio overlooking Allan A. Lamport Stadium Park. 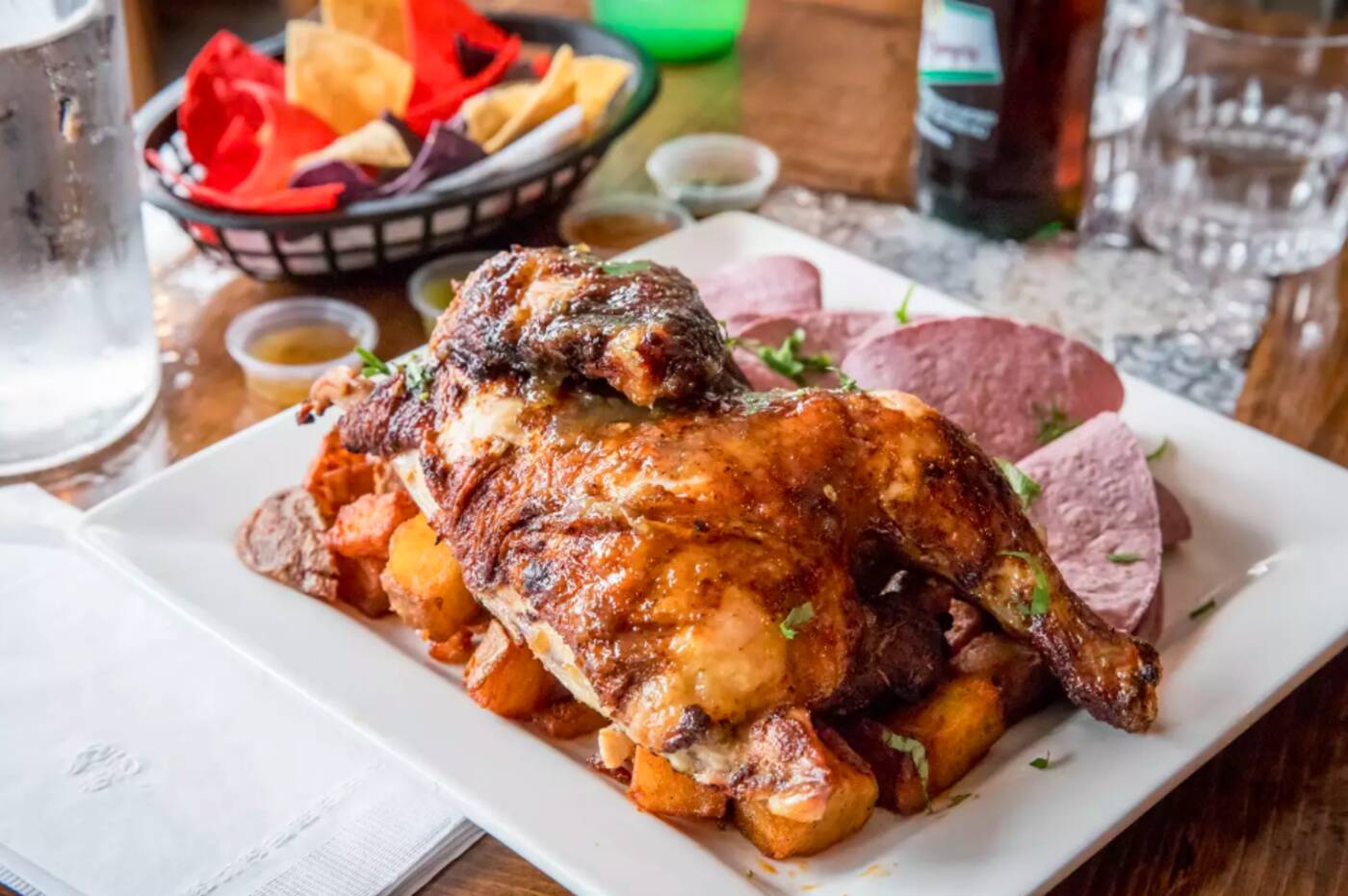 Rotisserie chickens with tortillas are available at Cinco in Roncesvalles. Photo by Jesse Milns.

Hacienda Las Americas isn't the fanciest spot, but the tacos at this family-run restaurant are amazing, with homemade chorizo sausages and a crazy cheap taco Tuesday deal.

Besides having a phenomenal patio, Chula Taberna Mexicana is an ideal place for a hip, taco-filled date night. They also have brunch and pig roasts on Sundays.

An unassuming little stall in the food court at Downsview Merchant’s Market, Tacontento Mexican Foods is a humble spot that has everything from tostados and soups to tortas and chicharrones.

Grand Electric has been a neighbourhood favourite for a while now. Their ceviche is super refreshing, their tacos are good and the nighttime vibes here make dinner feel like a party.

Of all four La Carnita locations, this one on Queen East is a favourite, mostly because its feels a lot more intimate than say, the two-floored taqueria on John Street. 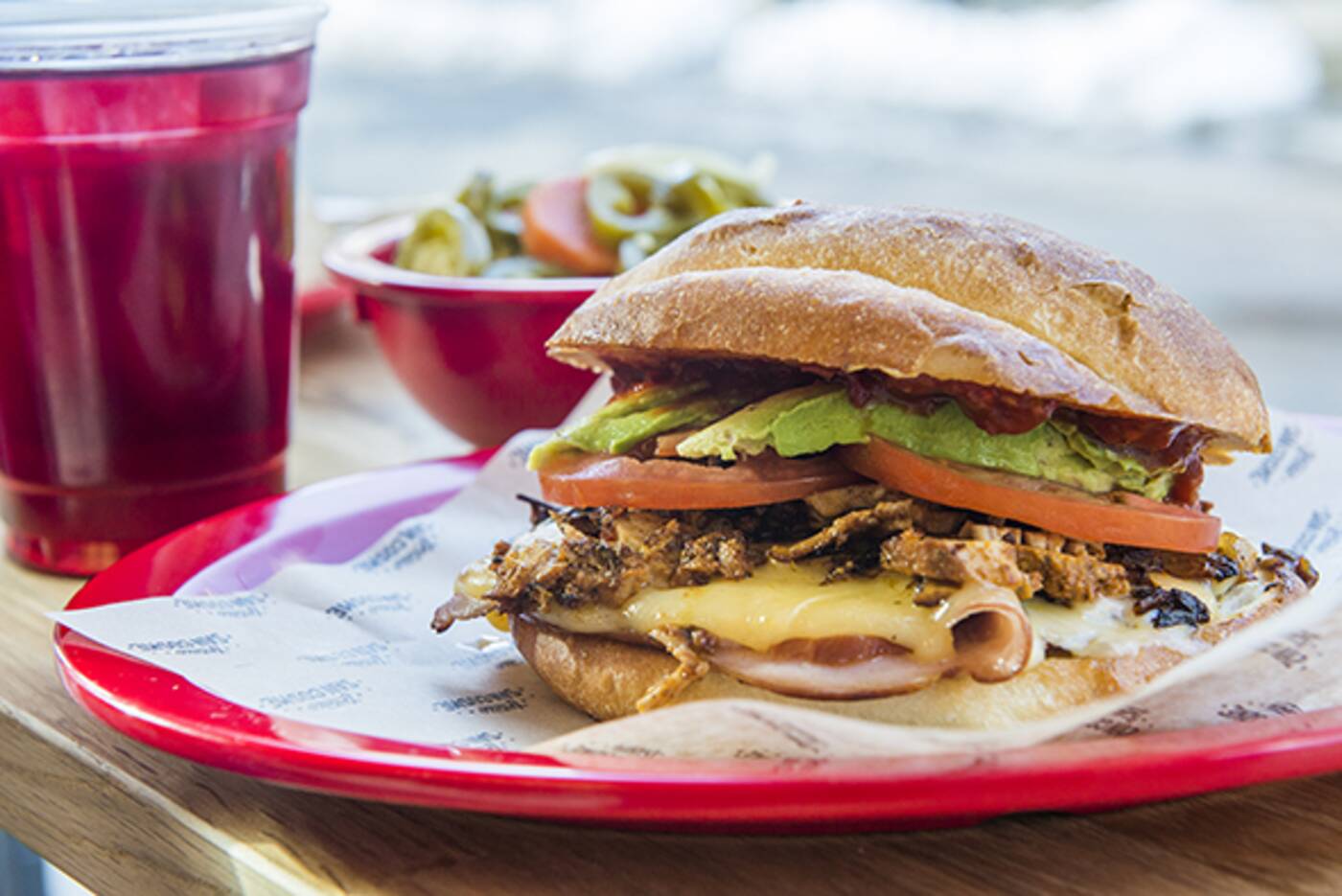 You can get half a juicy rotisserie chicken at Cinco, served with tortillas so you can make yourself a little pollo taco. All of their housemade sauces rotate on the daily for hot mole lovers.

After 16 years of operating on Bloor, Mexitaco has moved and officially graced Vic Park with its presence. They're best known for their tostadas, especially the shrimp ceviche one.

There's not much seating at Itacate, but this authentic little joint has incredible fried quesadillas and tacos that are so good you'll have no problem standing while eating.

Tacos 101 is a takeout spot with a simple menu of just five tacos, a couple of tostadas and a few sides like refried beans with housemade chips. Try their diablo hot sauce if you dare.