Huevos Gourmet is a brunch joint that combines the flavours of Mexico and France. Expect to find Mexican variations of eggs Benedict and omelettes on the menu along with traditional options like huevos rancheros.

The all-day brunch spot is a predecessor to another location in Port Credit and sits just behind Lakeshore Boulevard on Marine Parade Drive next to the beautiful Humber Bay Park. 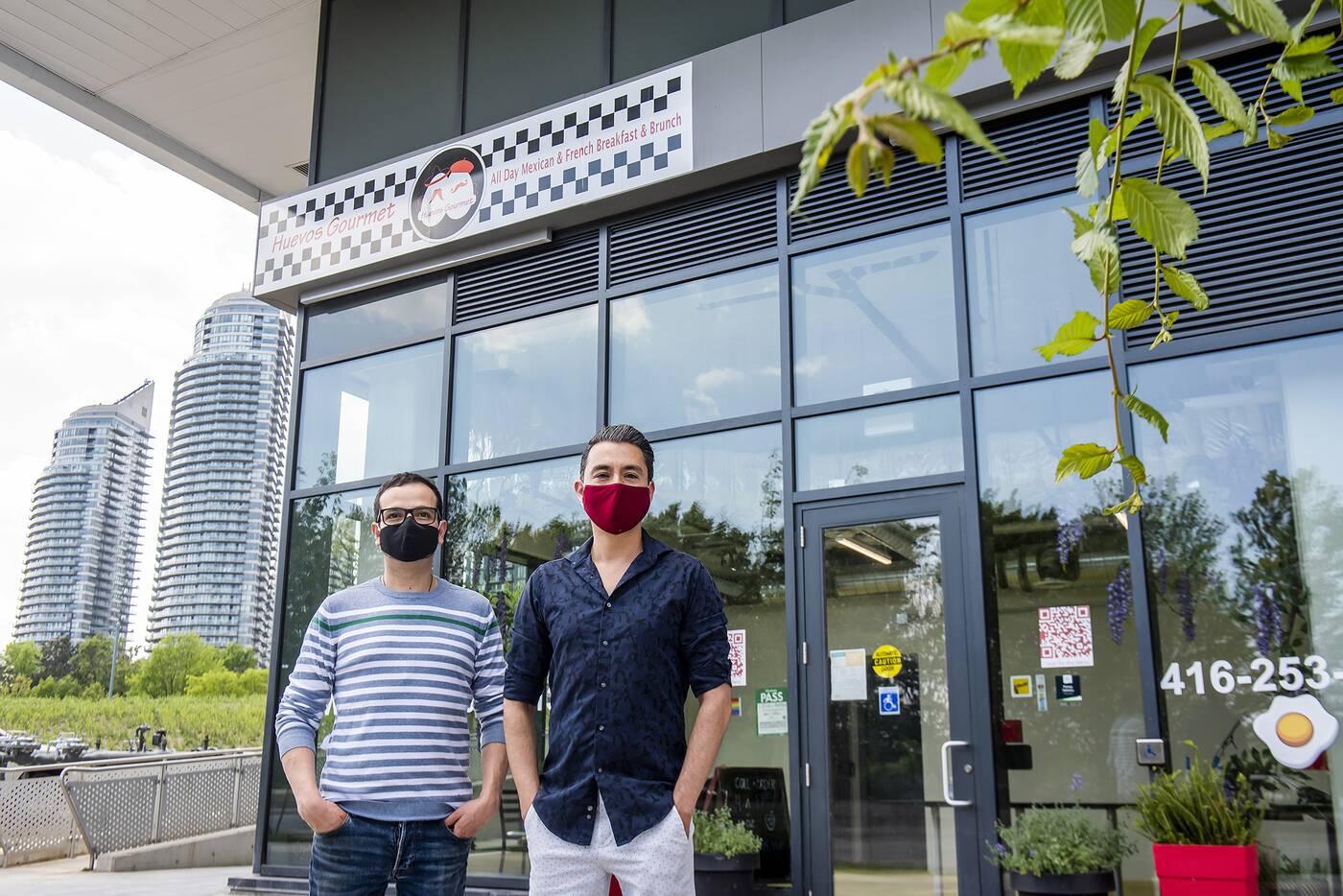 Carlos Casillas and Gerardo Renteria moved to Toronto together from the city of Guadalajara in Mexico just a few months after they started dating about 17 years ago.

Opening a restaurant was always a dream for the pair that both went to George Brown to learn English for five years after moving to Canada before Renteria went on to study the culinary arts and Casillas, interior design. 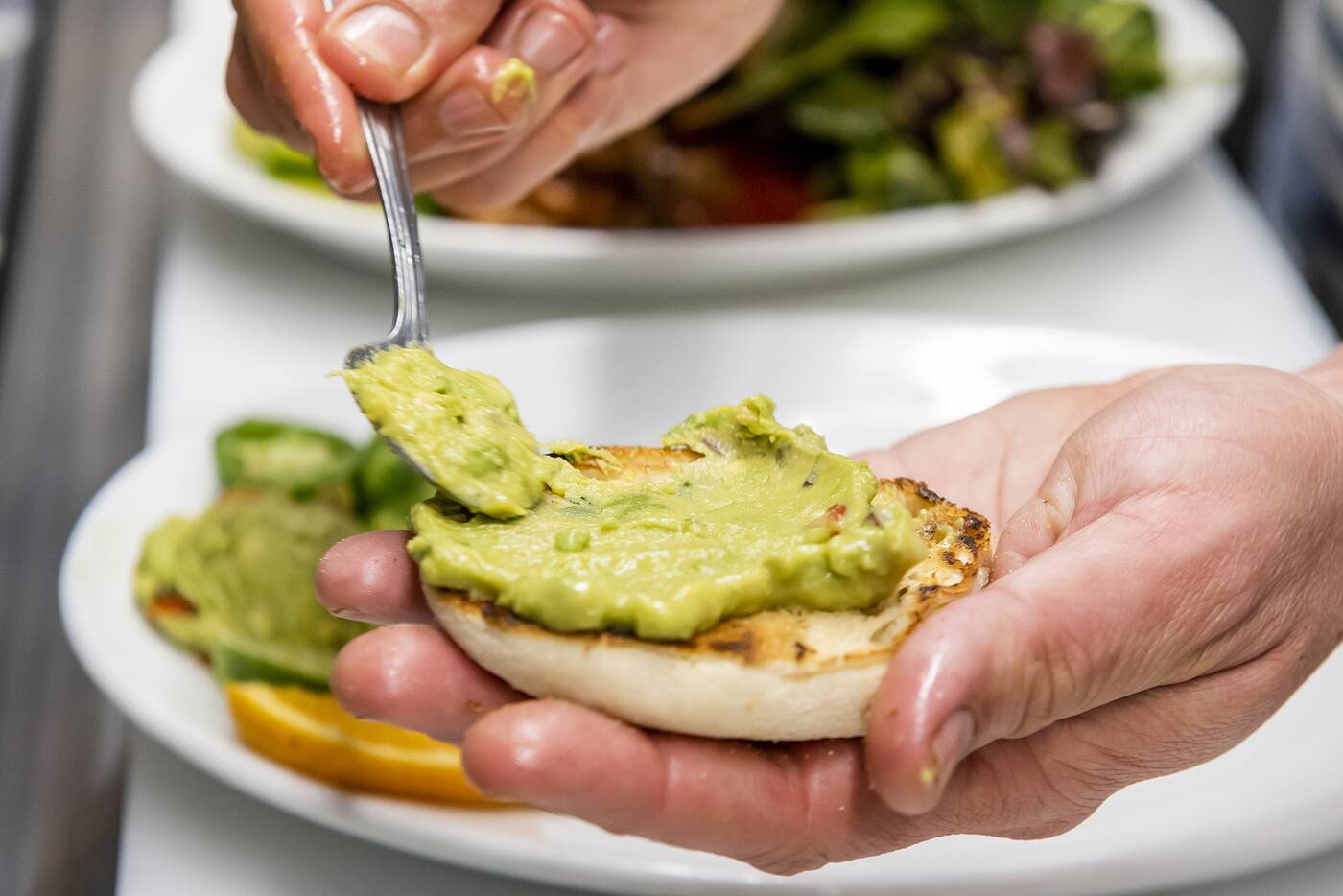 The Parisian flavours on the menu are inspired by their many travels to France as well as Renteria's mother, who was born there before immigrating to Mexico.

One option for brunch that fuses both flavours is the Mexican Benedict ($16.40) for which the English muffin is spread with homemade guacamole and topped with pork chorizo and a bit of habanero. 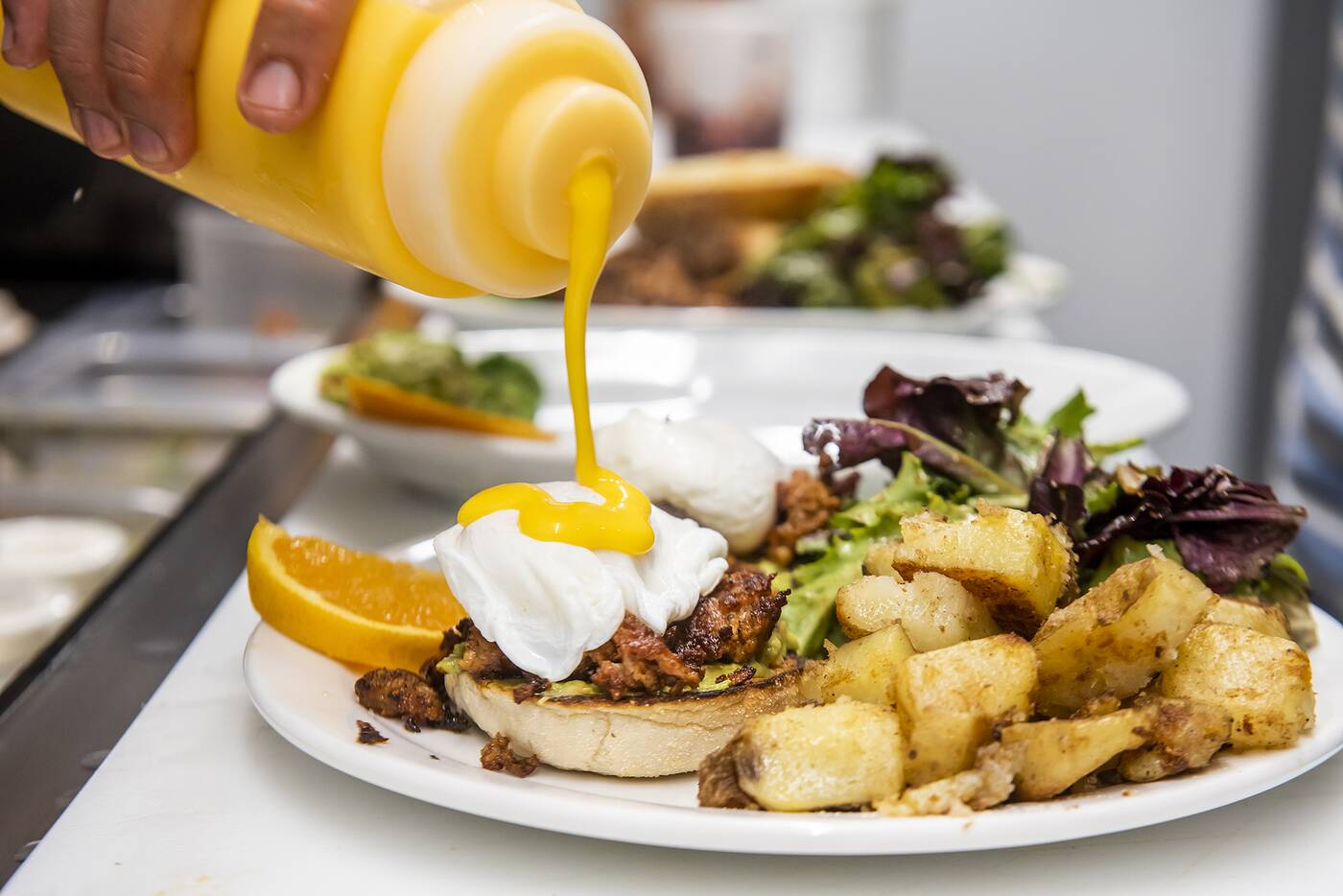 And you can't forget about the Hollandaise sauce, the key ingredient to any Benny, that was also born in France. It's made fresh by Renteria. 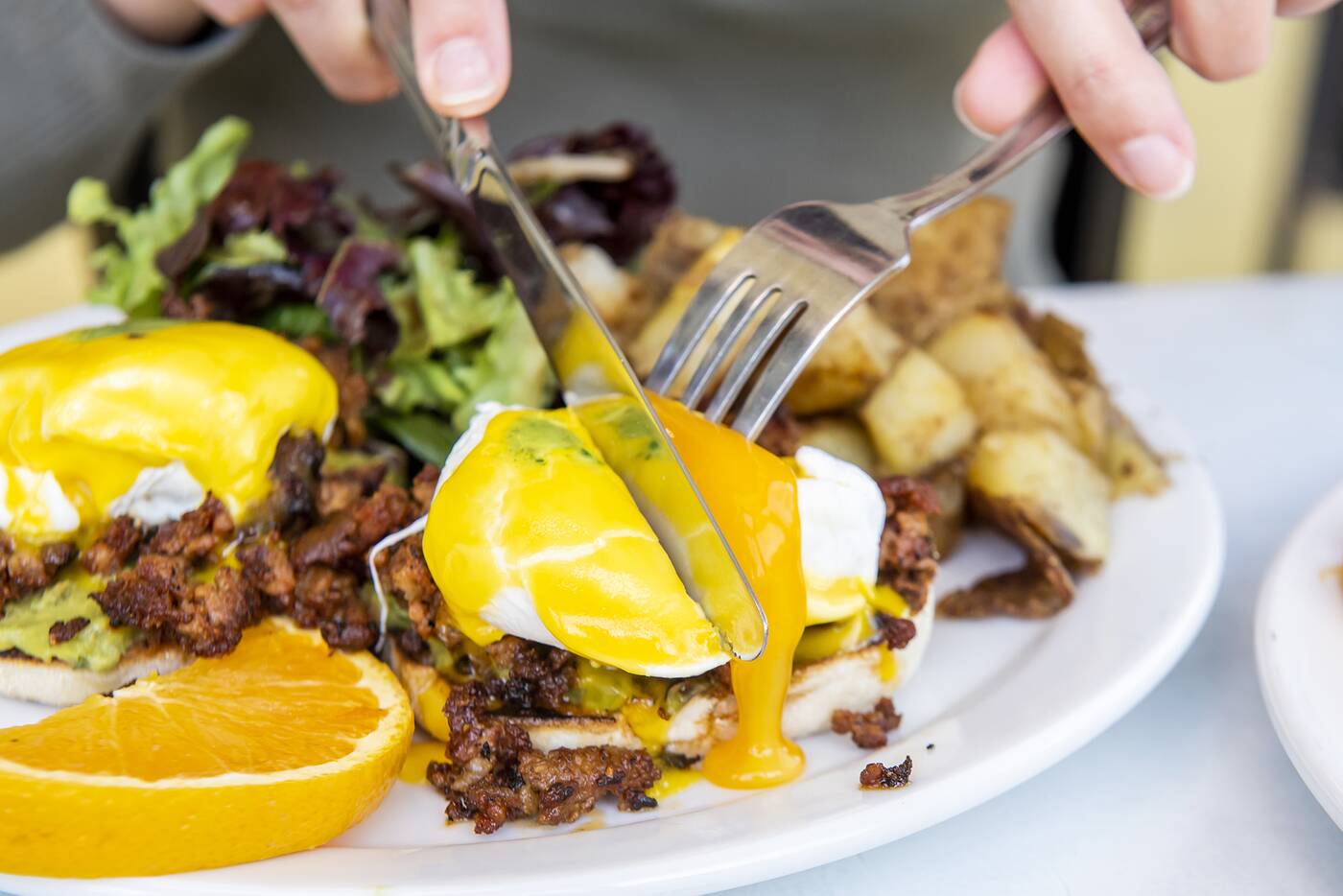 Each breakfast also comes with a side of home fries, salad or a bit of both. The combination of flavours from the guac, creamy Hollandaise and seasoned meat is unlike any Benedict you've likely tried elsewhere. 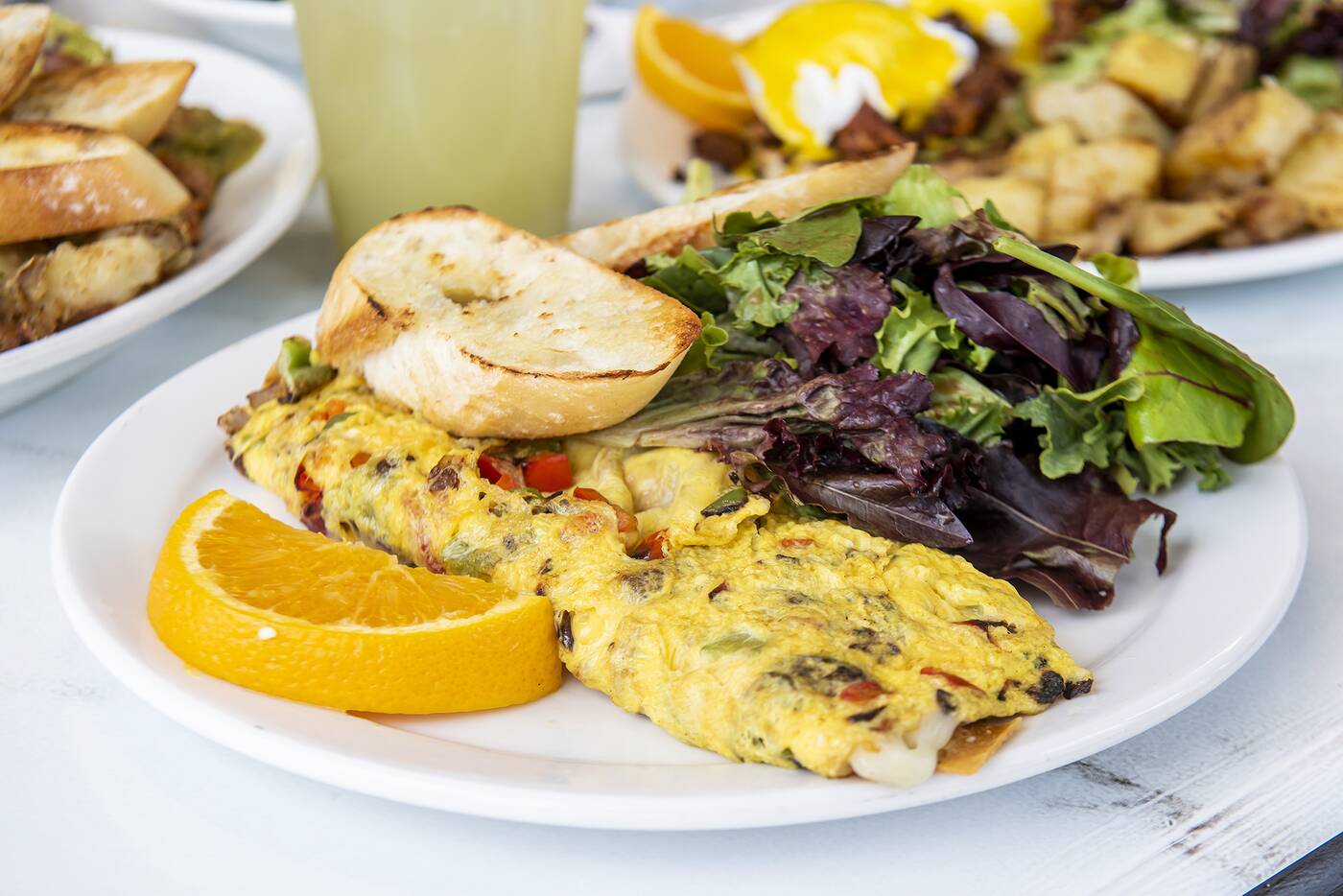 You can also order the Mexican omelette ($12). It's sort of like a western with peppers and chorizo in place of ham. Tortilla chips are included inside for a bit of crunch, as well as some salsa.

Unlike the French omelette that's known for being underdone to the point of oozing out with yolk, this omelette is cooked through. 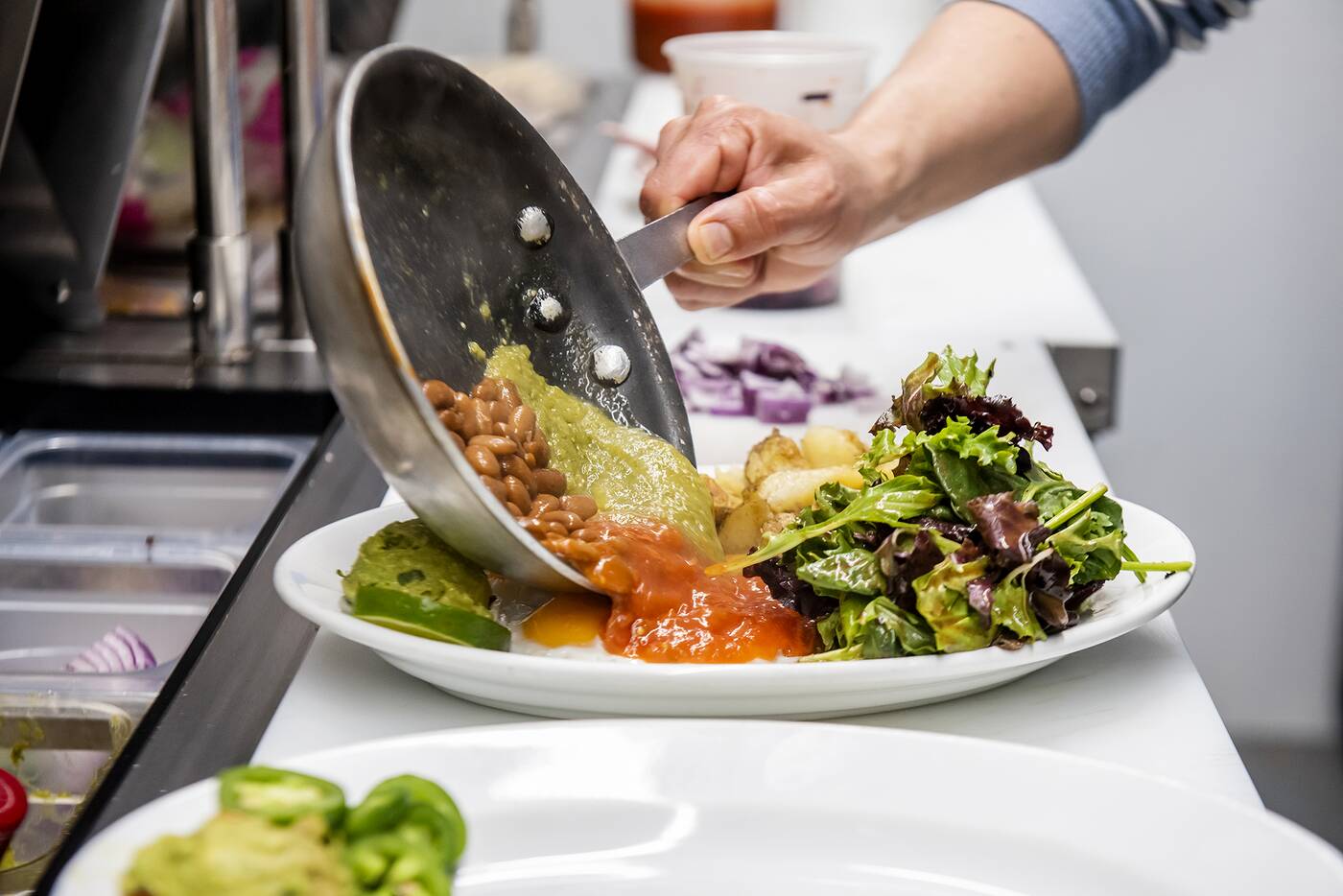 The huevos rancheros ($14.75) is an option for those looking for a classic Mexican breakfast. 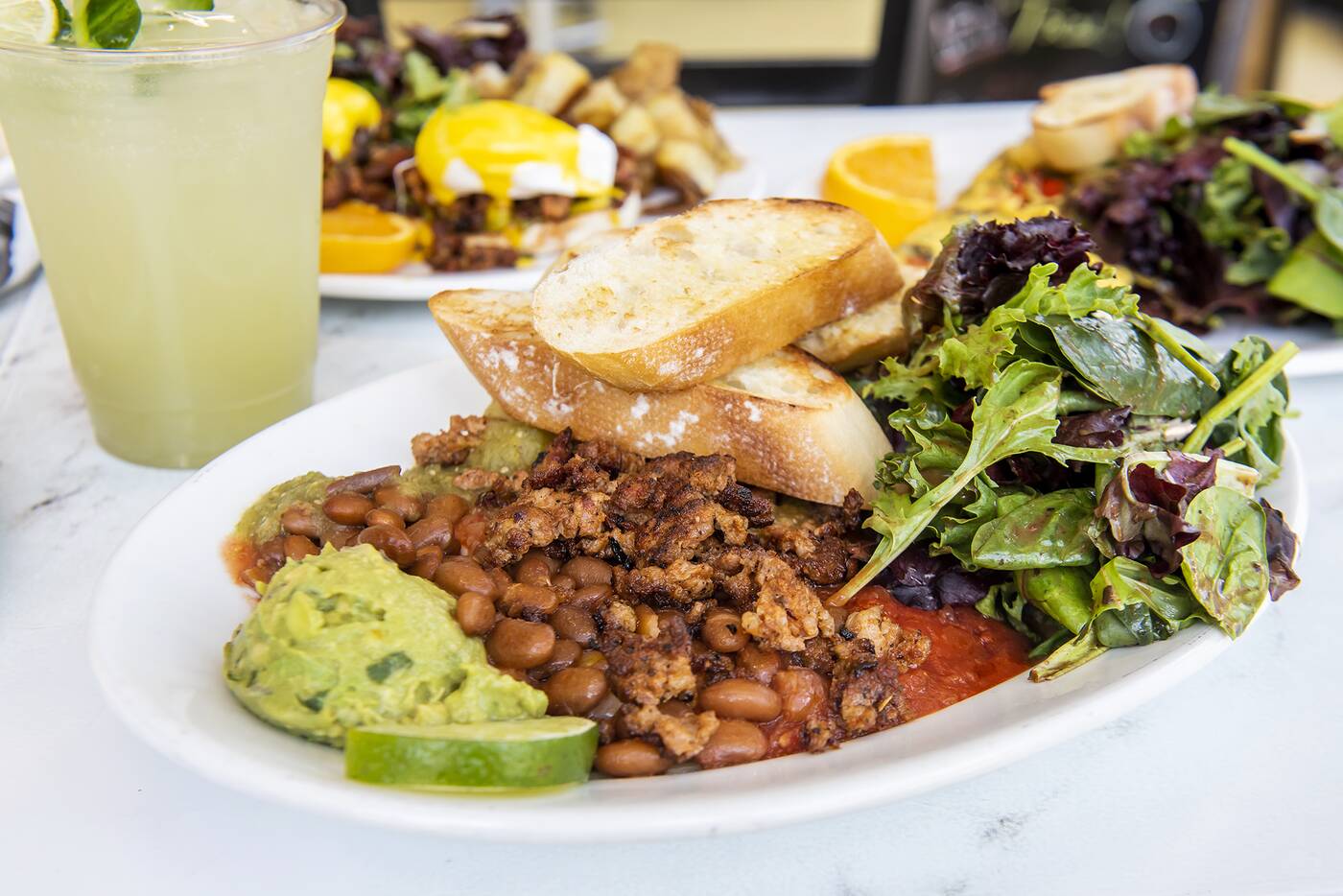 It comes with fried eggs, chorizo, refried beans, and handmade salsa verde and salsa roja nested in a warm corn tortilla. You'll also get a side of guac and your choice between potatoes or salad dressed with balsamic. 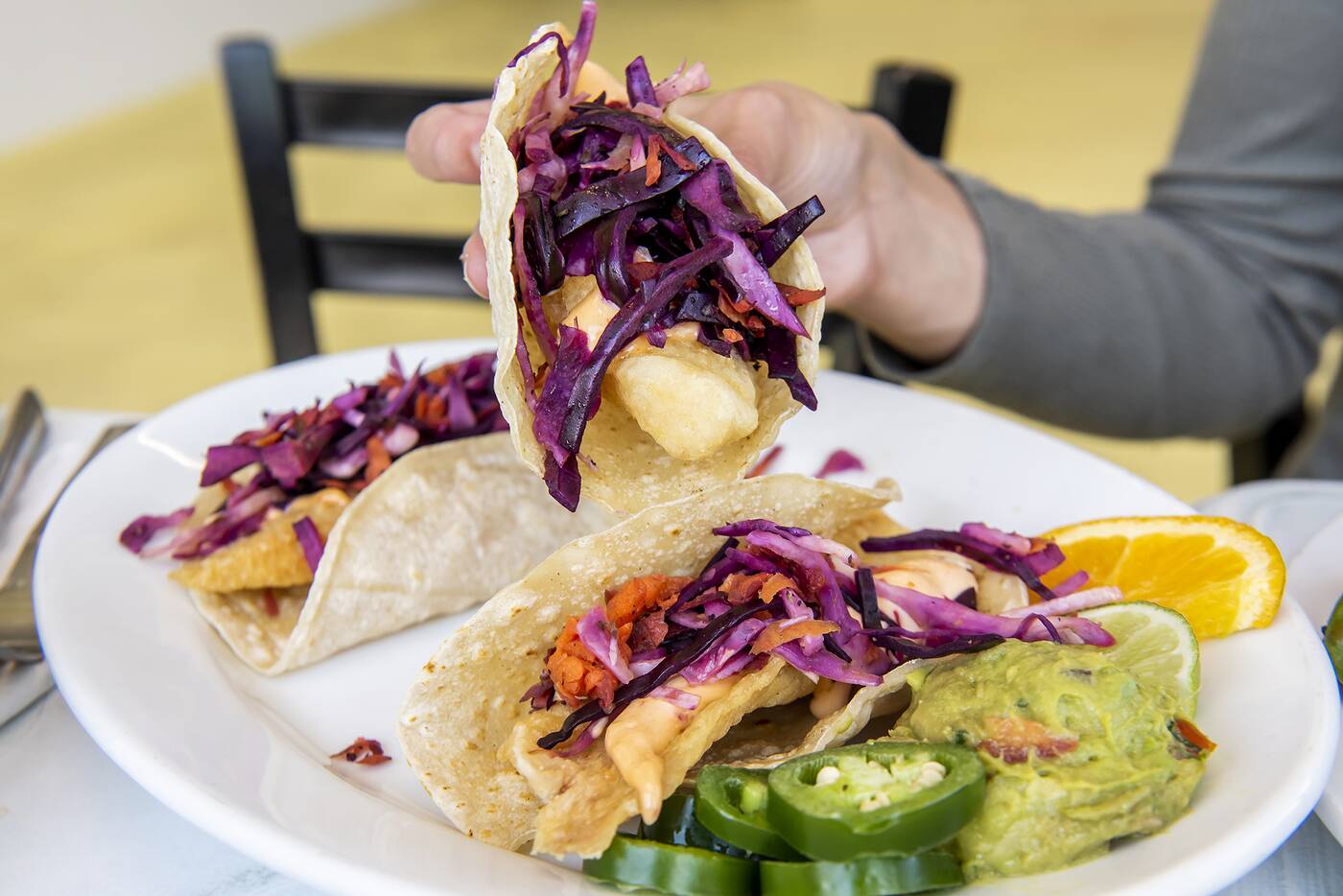 Once lunchtime rolls around, you'll be able to choose between both brunch and lunch items. There are a number of tacos on the menu including chorizo (both pork or vegan), steak, chicken, birria and fish. 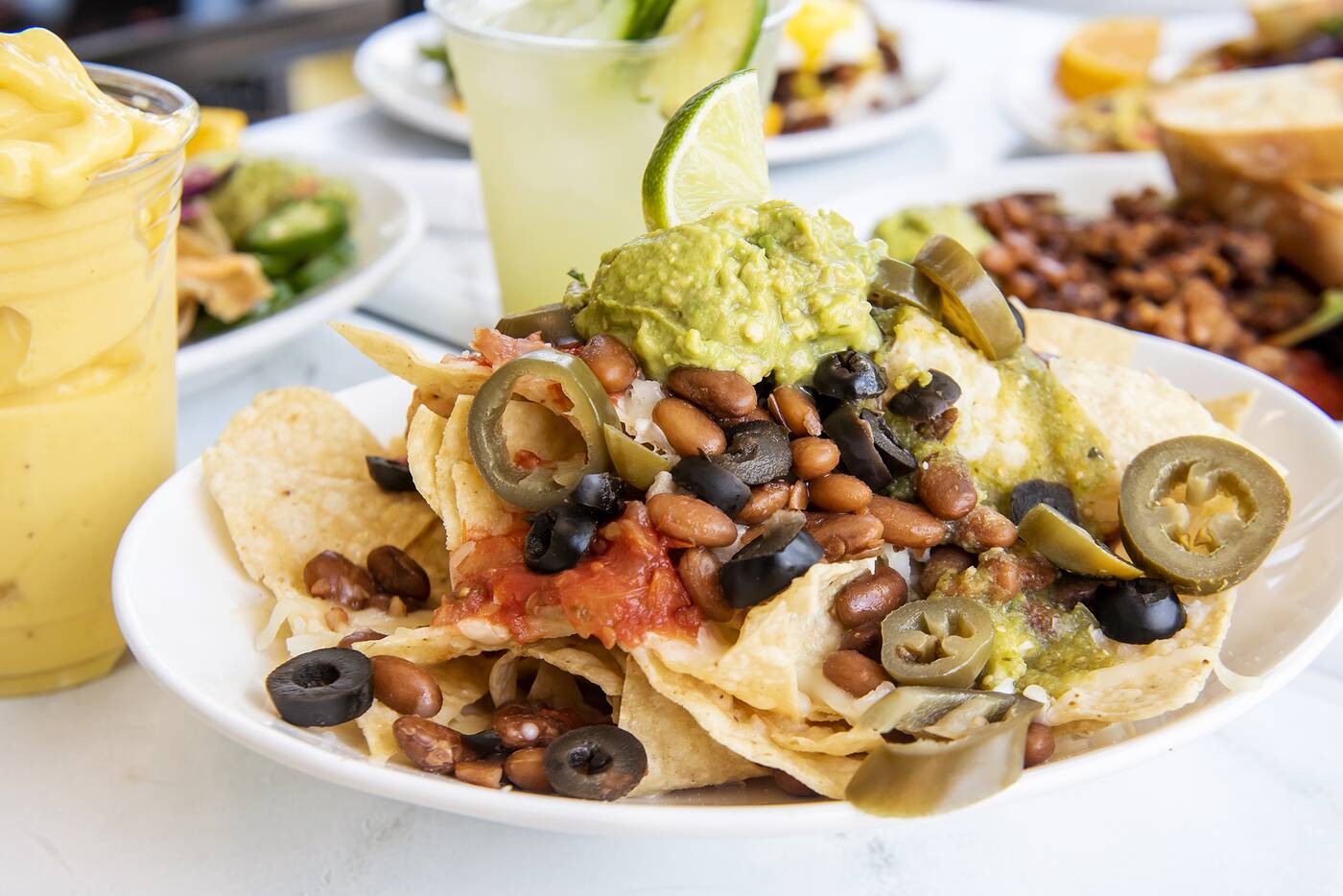 Another option for lunch is the nachos ($9.99), which come a bit under-cheesed with refried beans, salsa, jalapenos and guacamole. 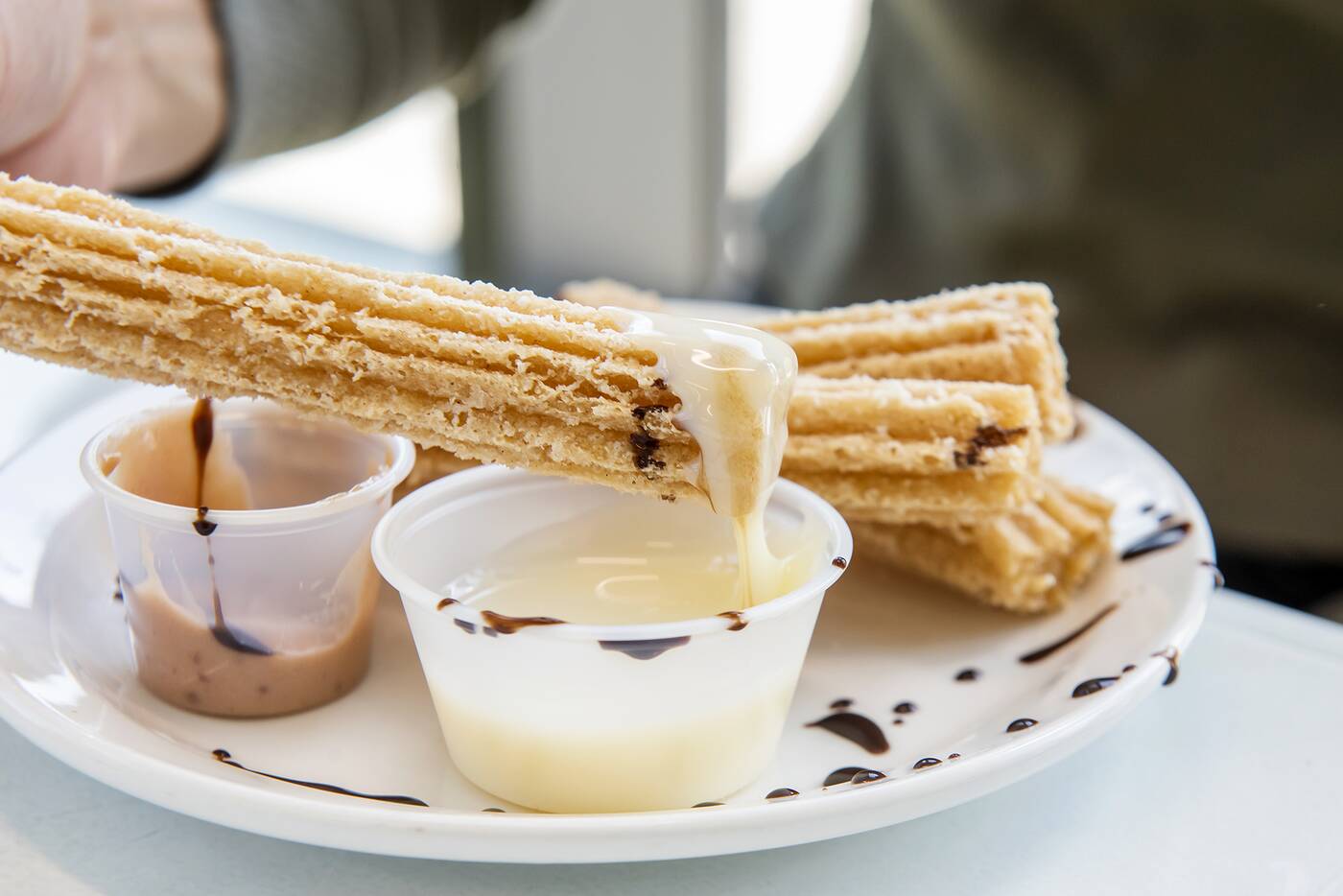 For dessert, definitely don't leave without some churros ($6). They offer just the right amount of crunch and sweetness and feature condensed milk and a chocolate cream on the side for dipping.

Huevos Gourmet offers a selection of meals, taking inspiration from two very different cuisines, for brunchers looking to trade in their boring eggs and bacon for something a bit more interesting. 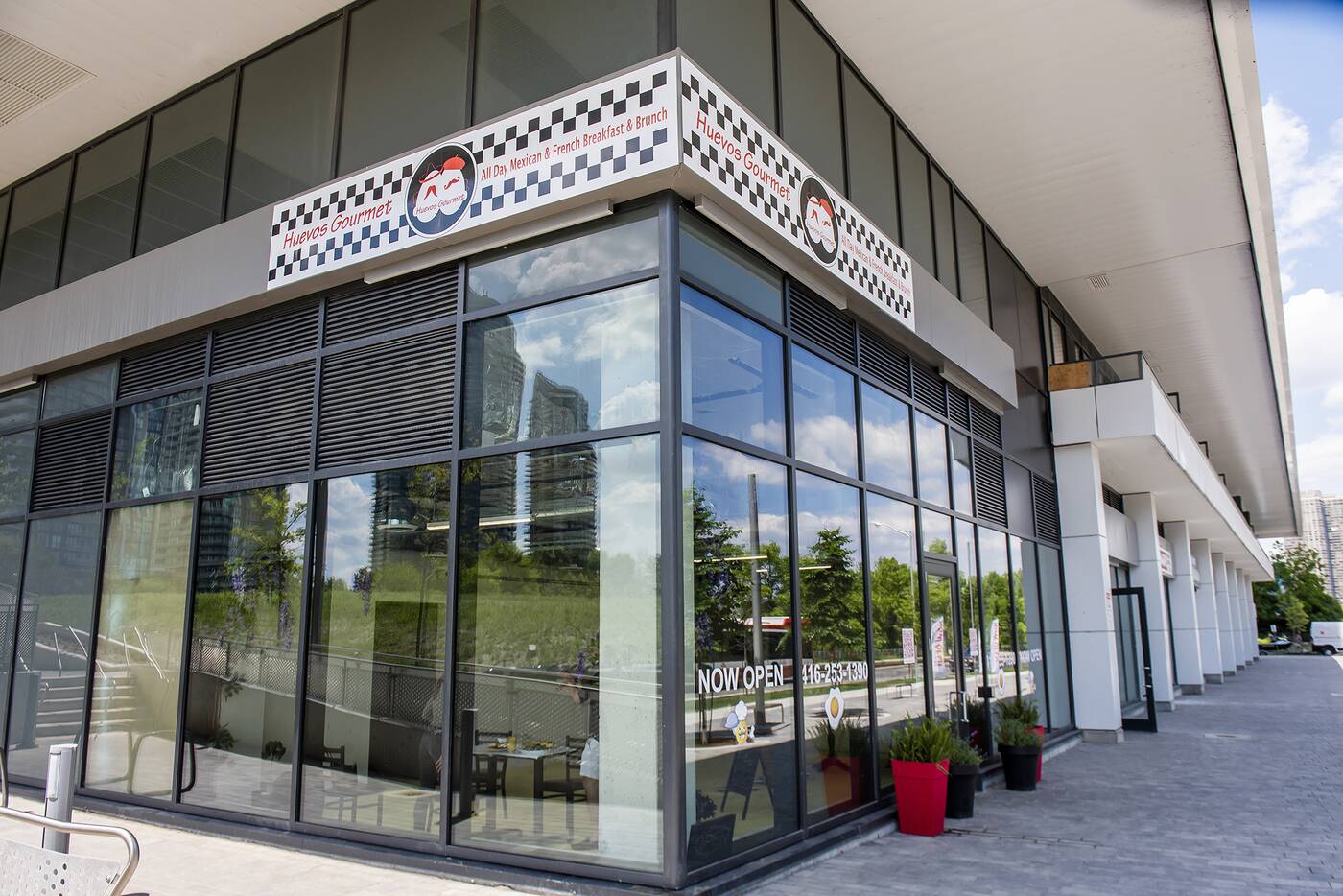