El Nahual is a humble and well-priced taco stand that serves up classic combinations made from scratch with a surprising amount of presentational finesse.

Owner Luis Hernandez is known for his sumptuous shrimp and fish tacos, made from recipes taught to him by his mom using mostly fresh produce sourced from Kensington Market. 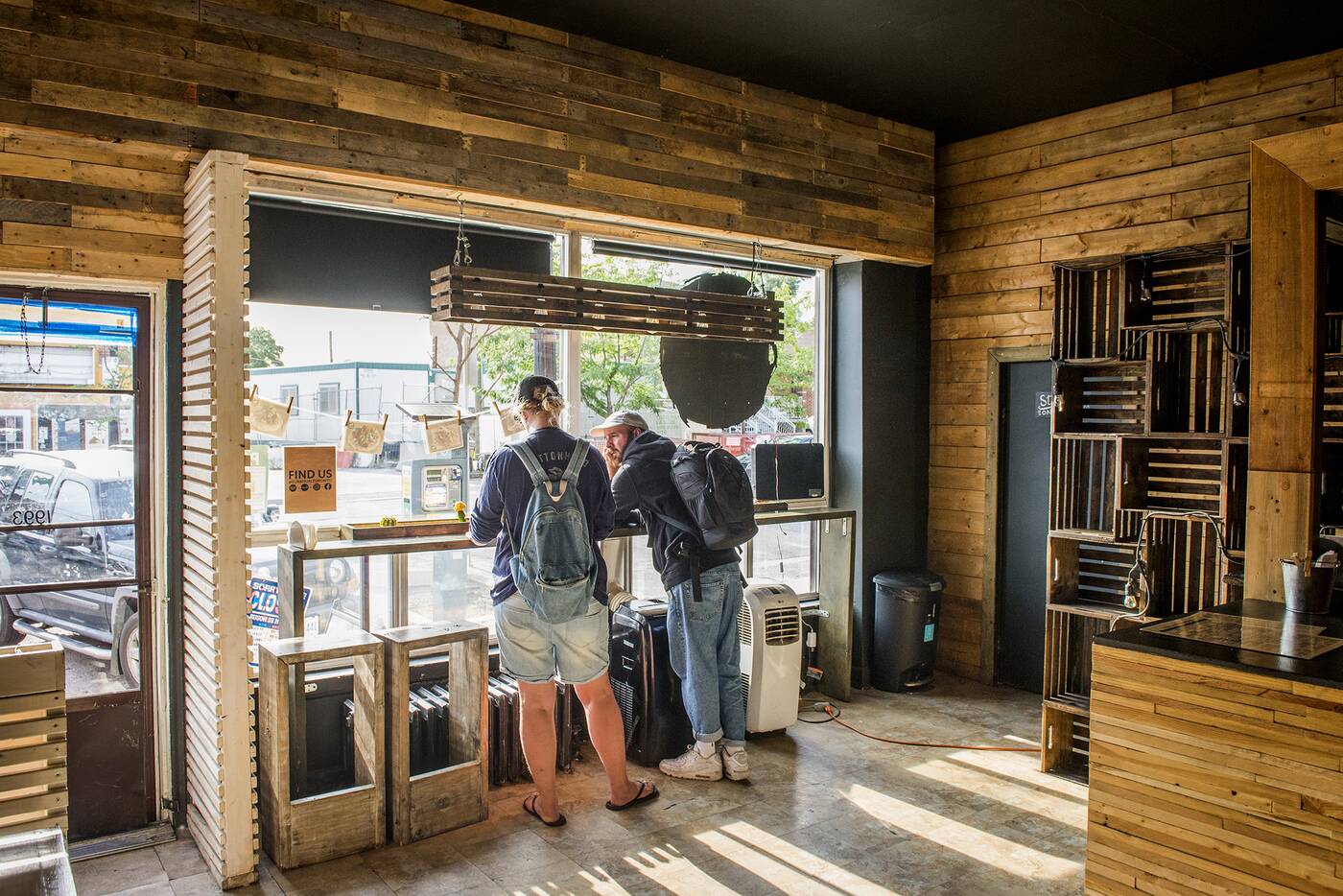 The space is microscopic and definitely geared more towards takeout, but there’s a nice ledge with sturdy stools to cozy up to some tacos and dine in. A painting in a Mesoamerican style depicts an animal like the ones nahuals of folk legend are said to turn into. 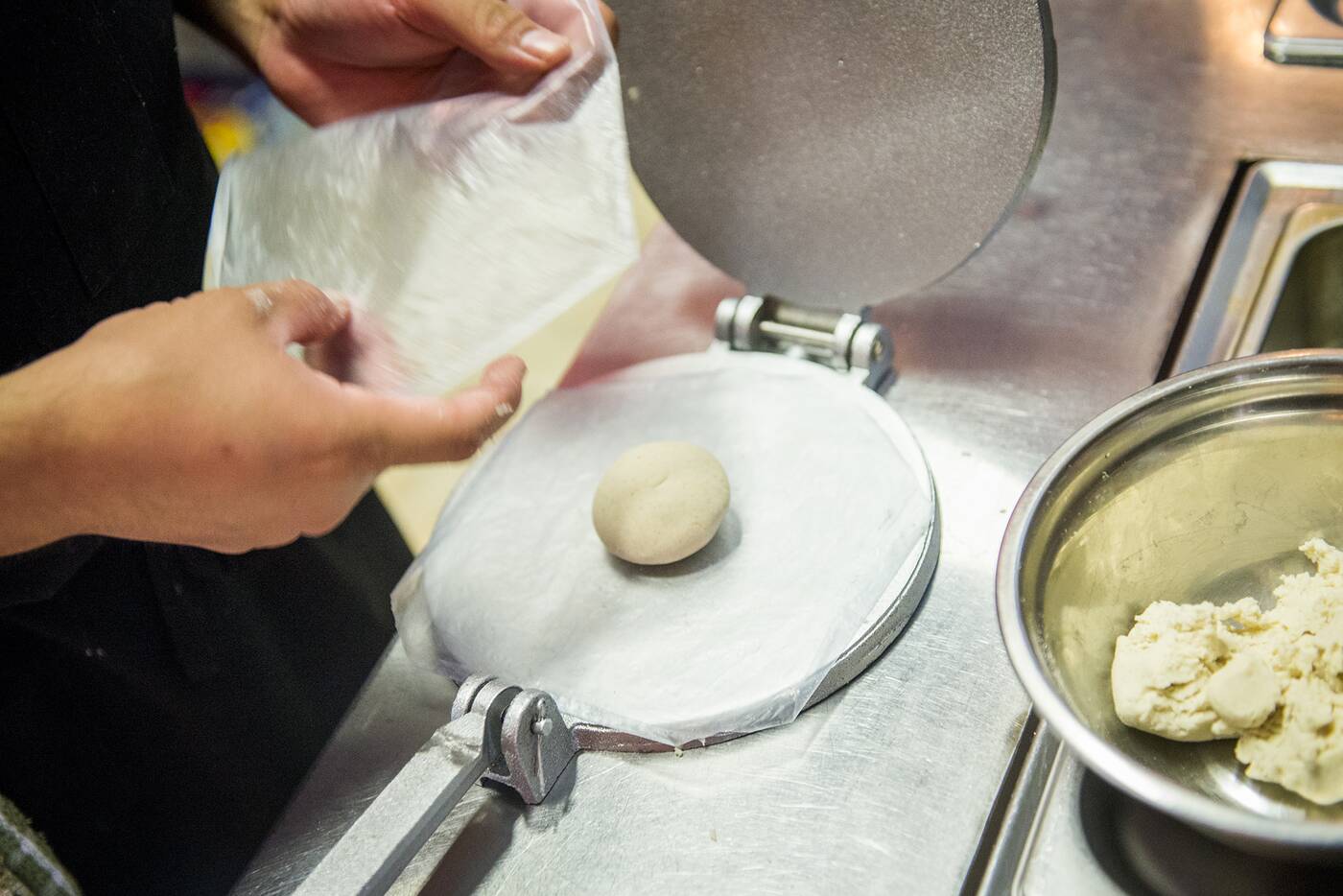 Each taco comes on a sturdy house tortilla that’s pressed flat to order before your eyes. There’s no need for the supposed pro move of a double shell. What would normally fall out of those flimsy wrappers and onto a bonus taco is well-contained here. 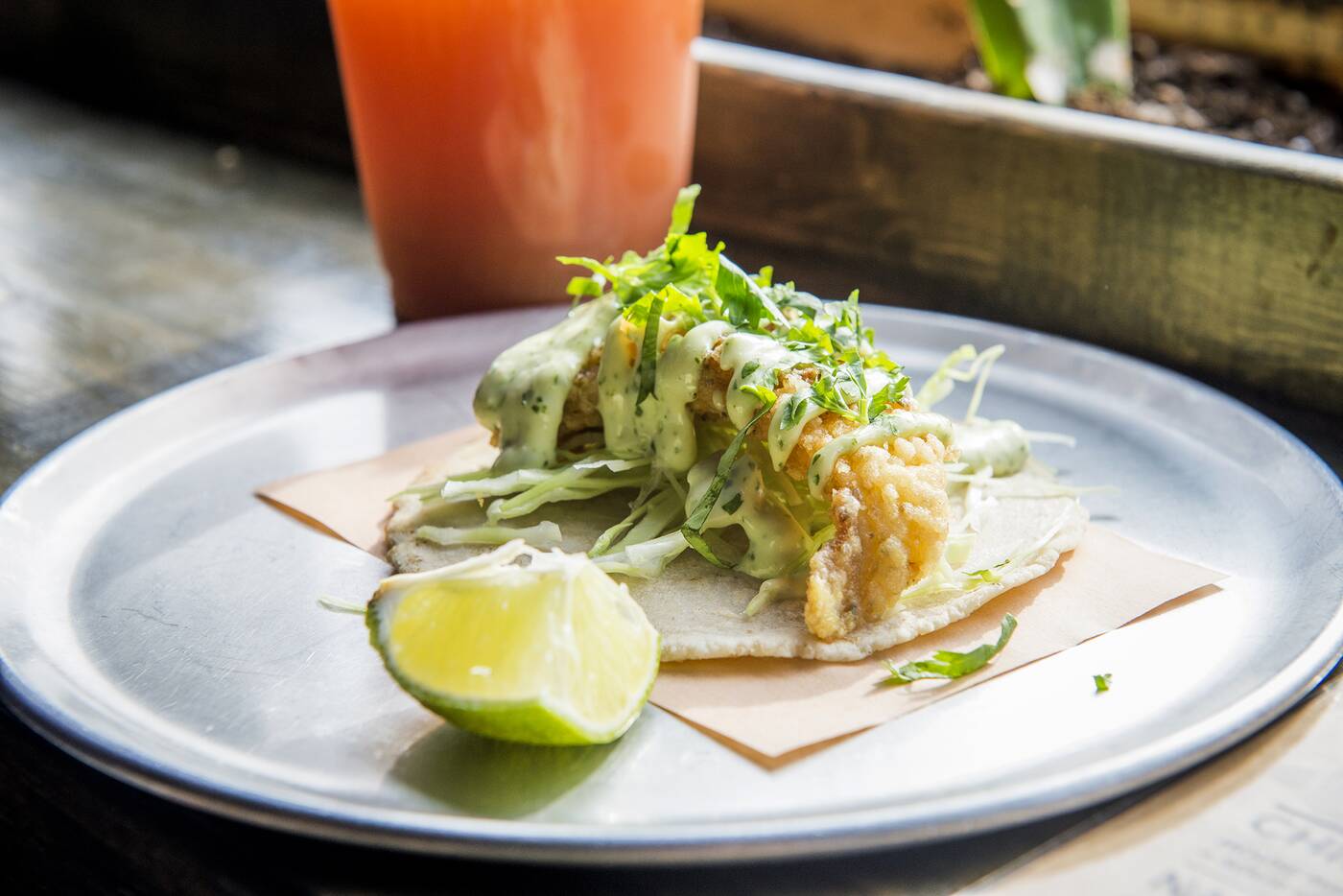 Most tacos are $3.75 or 3 for $10, including a cod marinated in oregano and cilantro that’s not battered but just lightly layered with a well-seasoned crust, crispy, crunchy and lifted by a cilantro aioli and cabbage slaw. 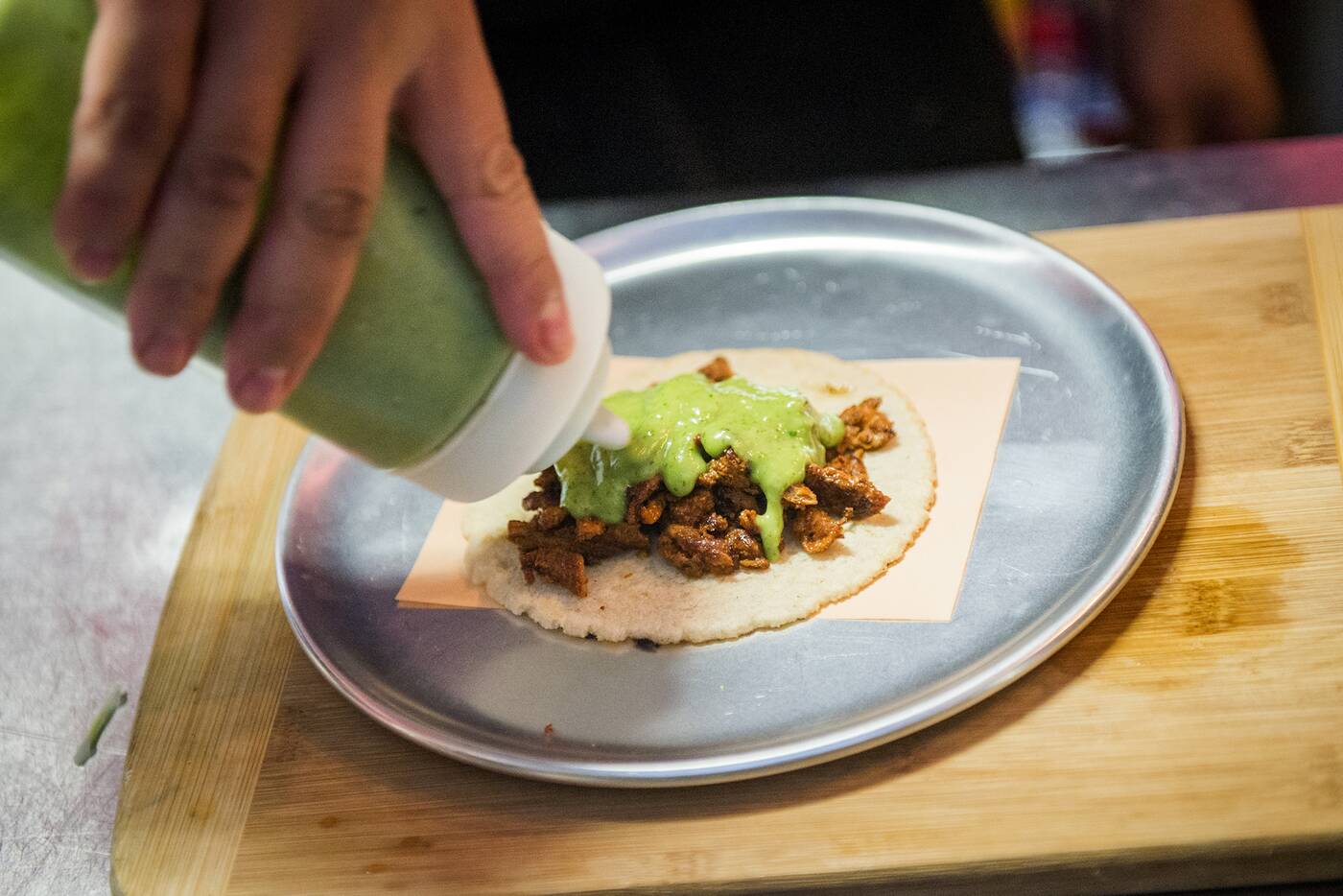 All sauces are made in house, including the only zingy hot sauce available that’s a simple deep orange combination of chile de arbol, tomato and onion. 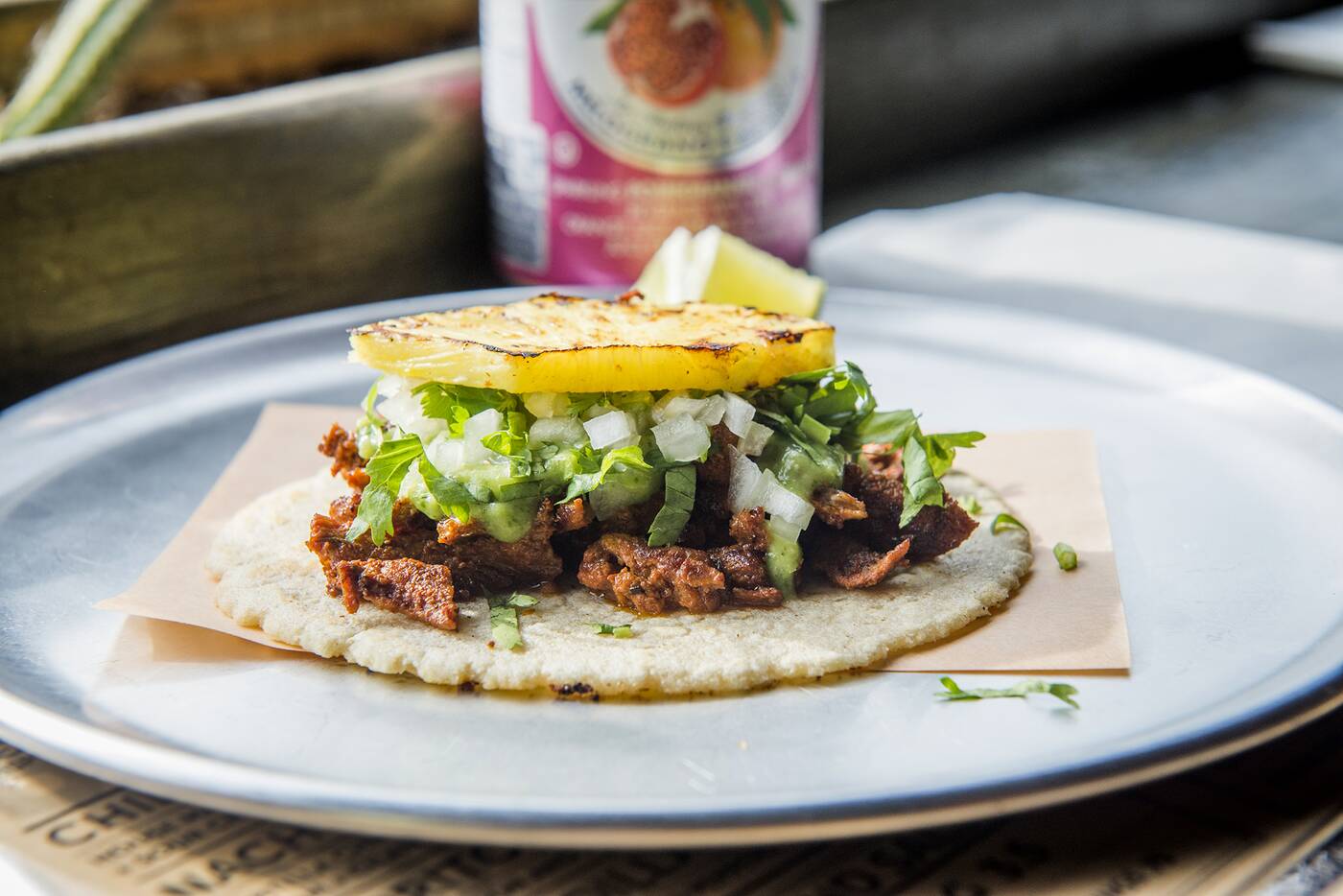 The al pastor is made with pork marinated with dry chiles, spices and achiote for a zesty, meaty taco balanced out by the juiciness of a whole slice of grilled pineapple atop onion and cilantro. 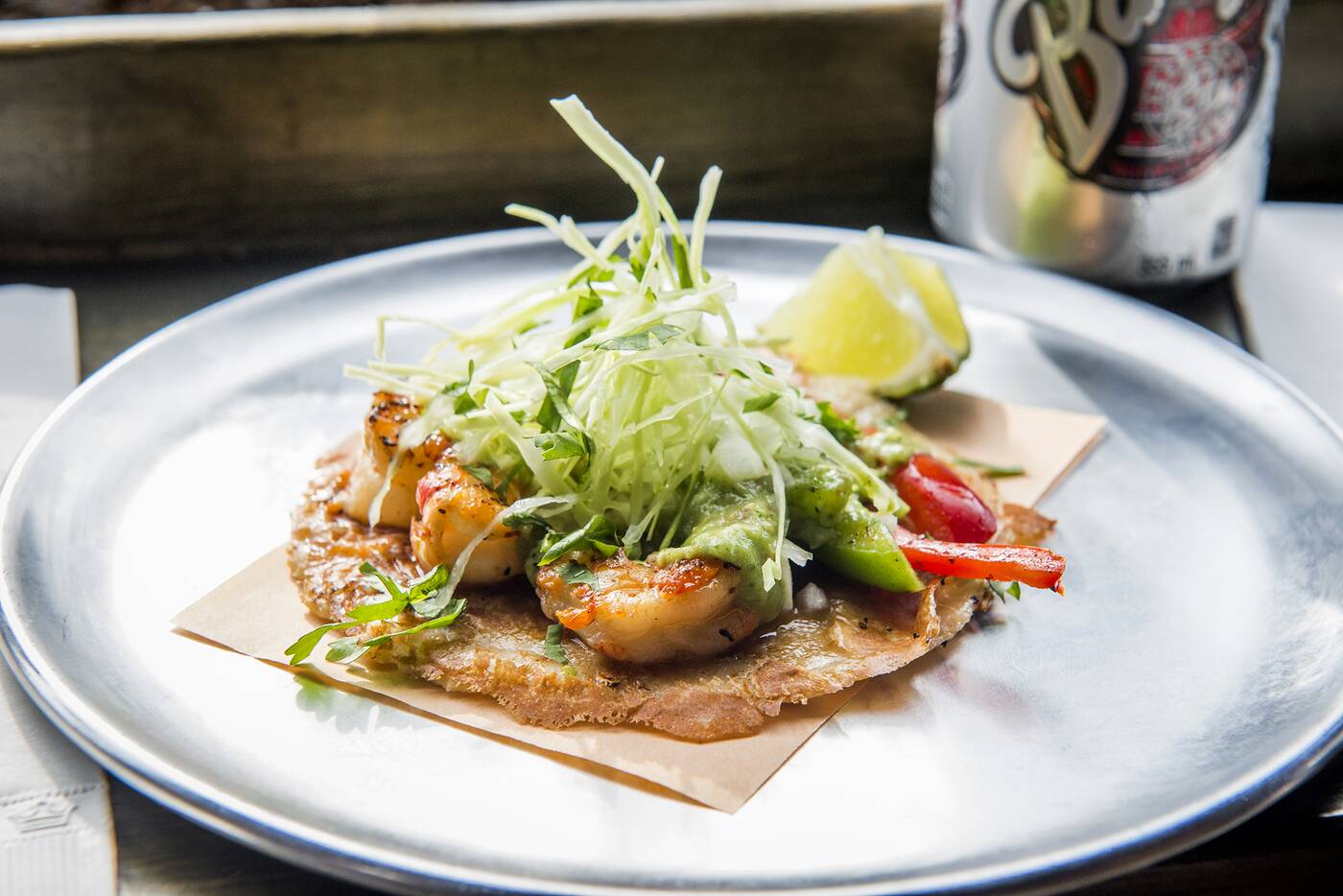 A shrimp taco is a dollar extra, but well worth it for a taco that’s covered in super flavourful garlic crispy cheese with juicy shrimp, onion, grilled peppers, avocado salsa and cilantro. 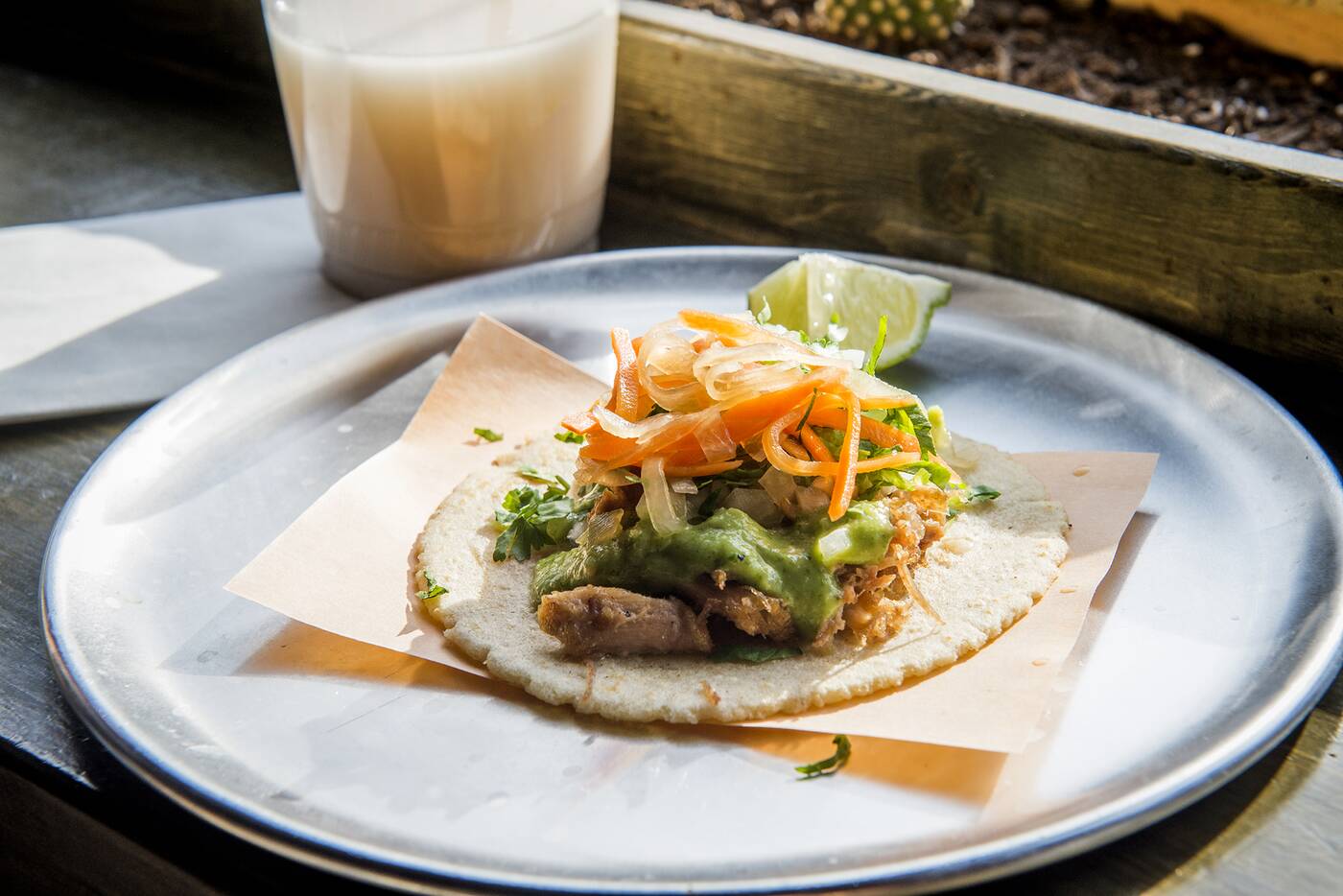 The carnitas end up being one of my favourites, the moist pork cooked in its own fat, topped with avocado salsa, onion, cilantro, and nicely acidic pickled carrot and daikon. 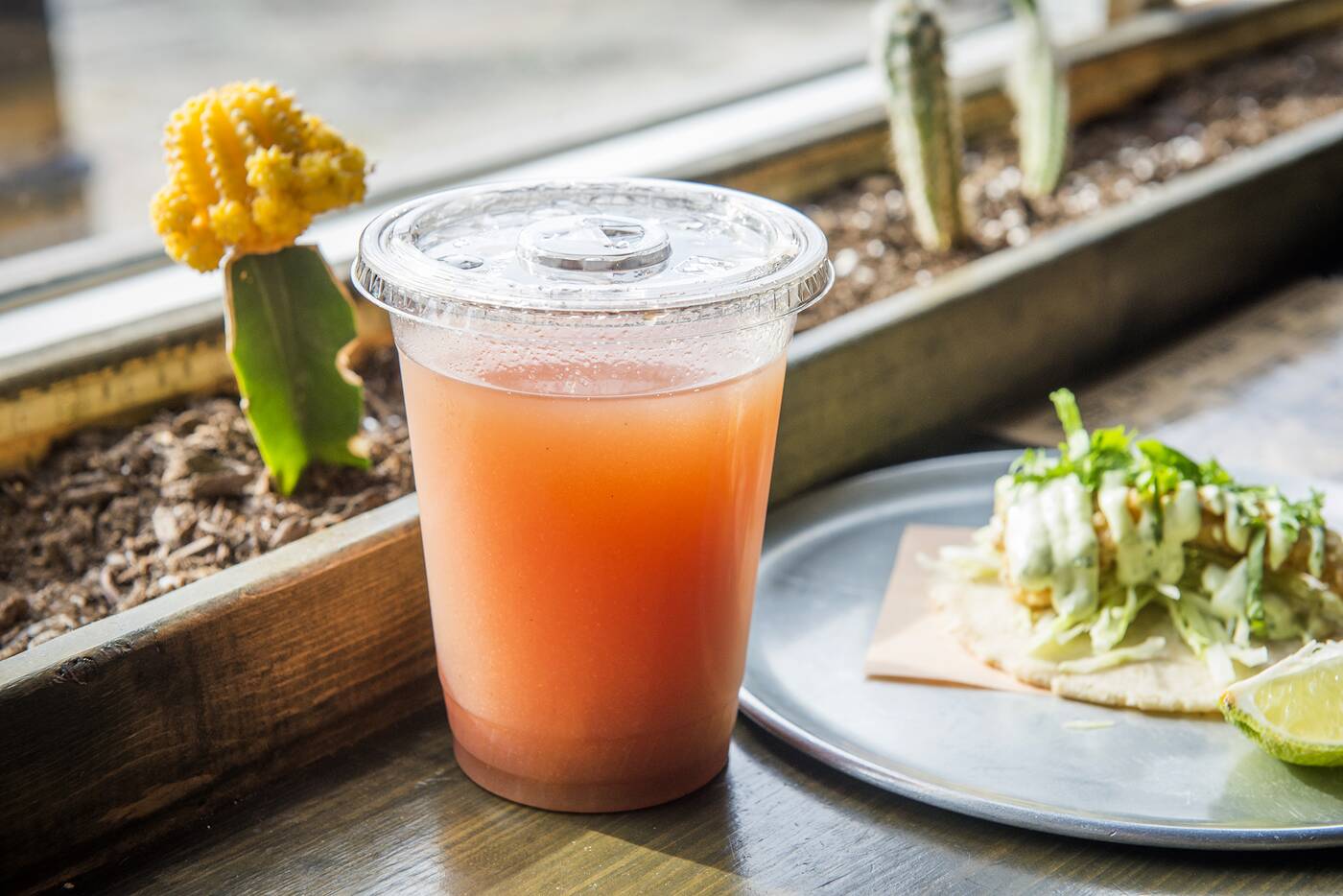 Hernandez also makes his own agua frescas and horchata ($2). Flavours might rotate as he experiments, but on the day of our visit there’s a guava option. 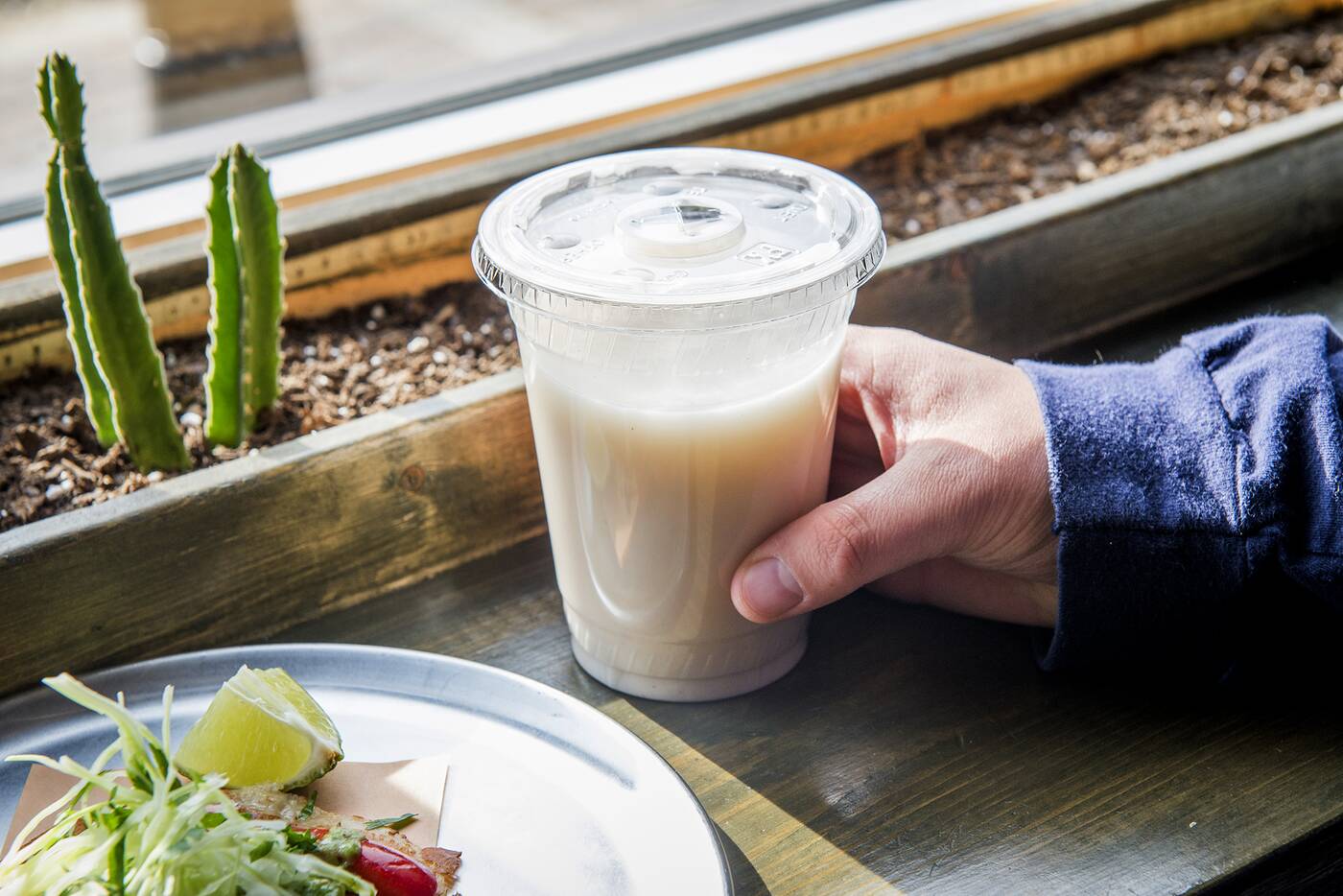 Horchata is made from a mixture of rice, water, cinnamon and vanilla that Hernandez prefers to let soak overnight so all the flavours fuse. This nostalgic Mexican beverage is like drinking a mom’s homemade rice pudding, which somehow actually feels quite refreshing. 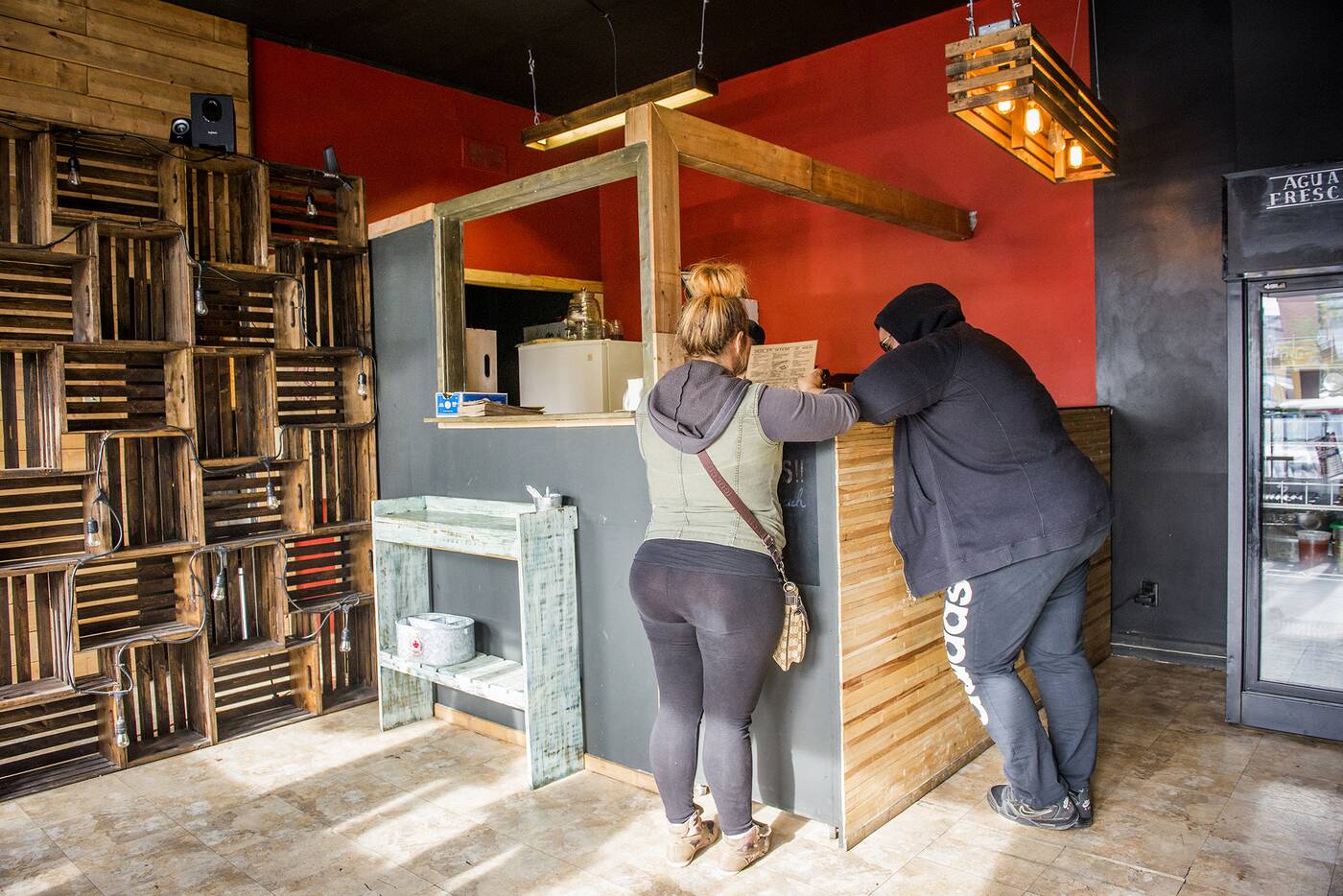 This is Hernandez’s first place of his own, which he opened after moving here from the States, infusing El Nahual with his experiences there. Using tradition and legit ingredients, his idea is to play around with the plating rather than his authentic recipes. 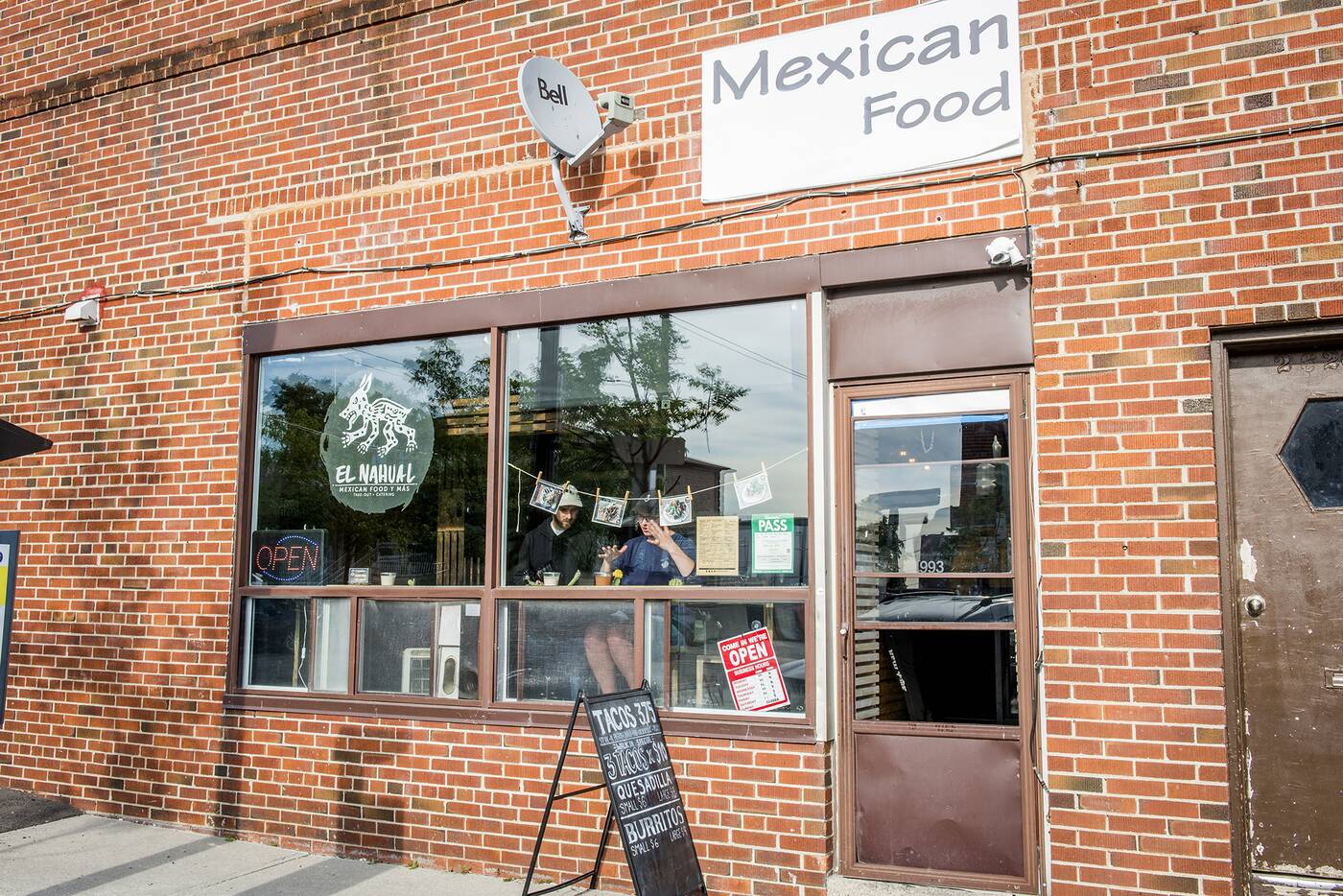