Rosalinda is a vegan Mexican restaurant by some of Toronto's most notable restaurateurs. It's a collaboration between Grant van Gameren, Max Rimaldi and Jamie Cook. 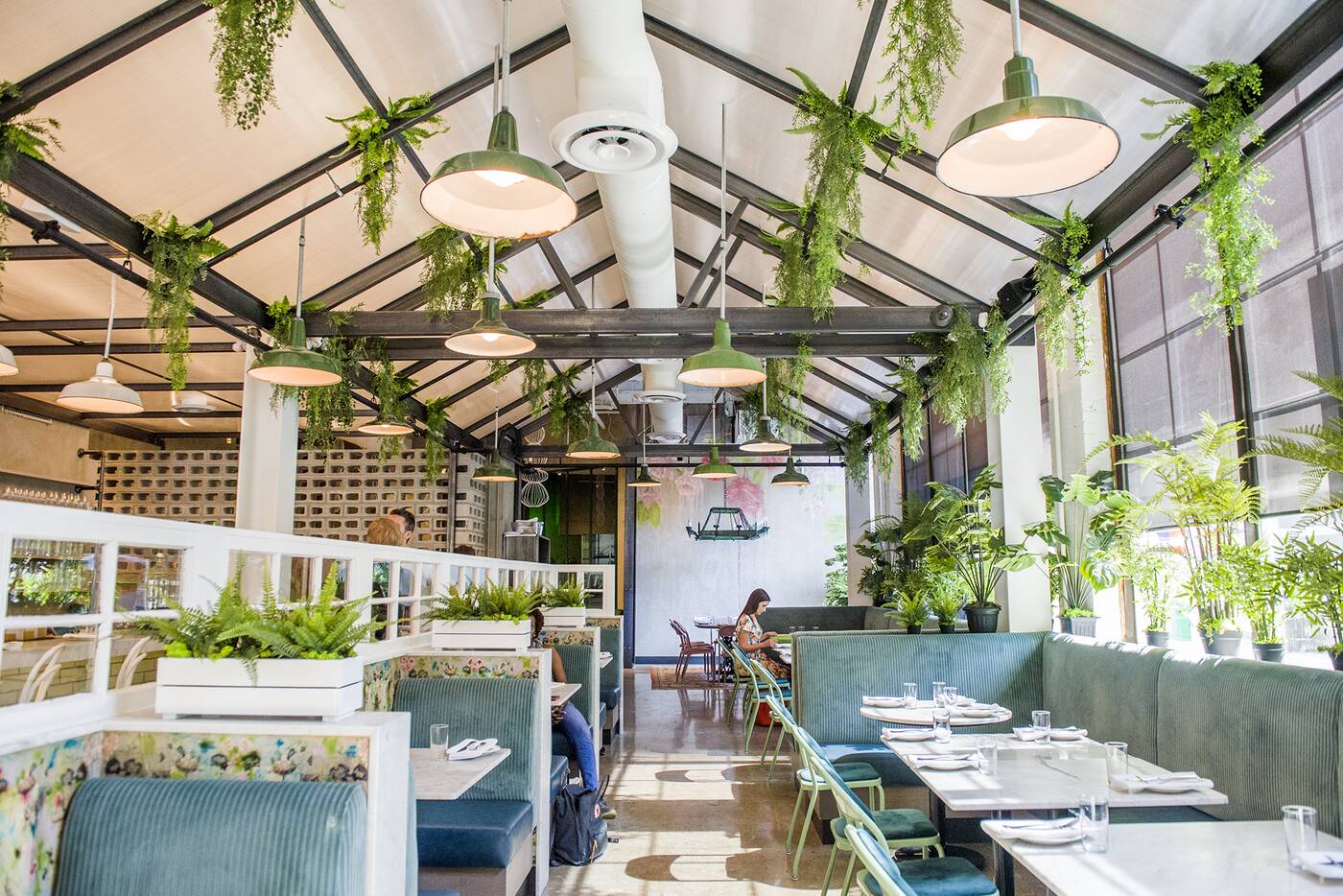 The result of conjoining two business spaces that used to be in this spot, Rosalinda feels like a collection of pockets, with a mix of fake and live plants, a greenhouse-like structure and vintage touches like a chandelier from Smash. 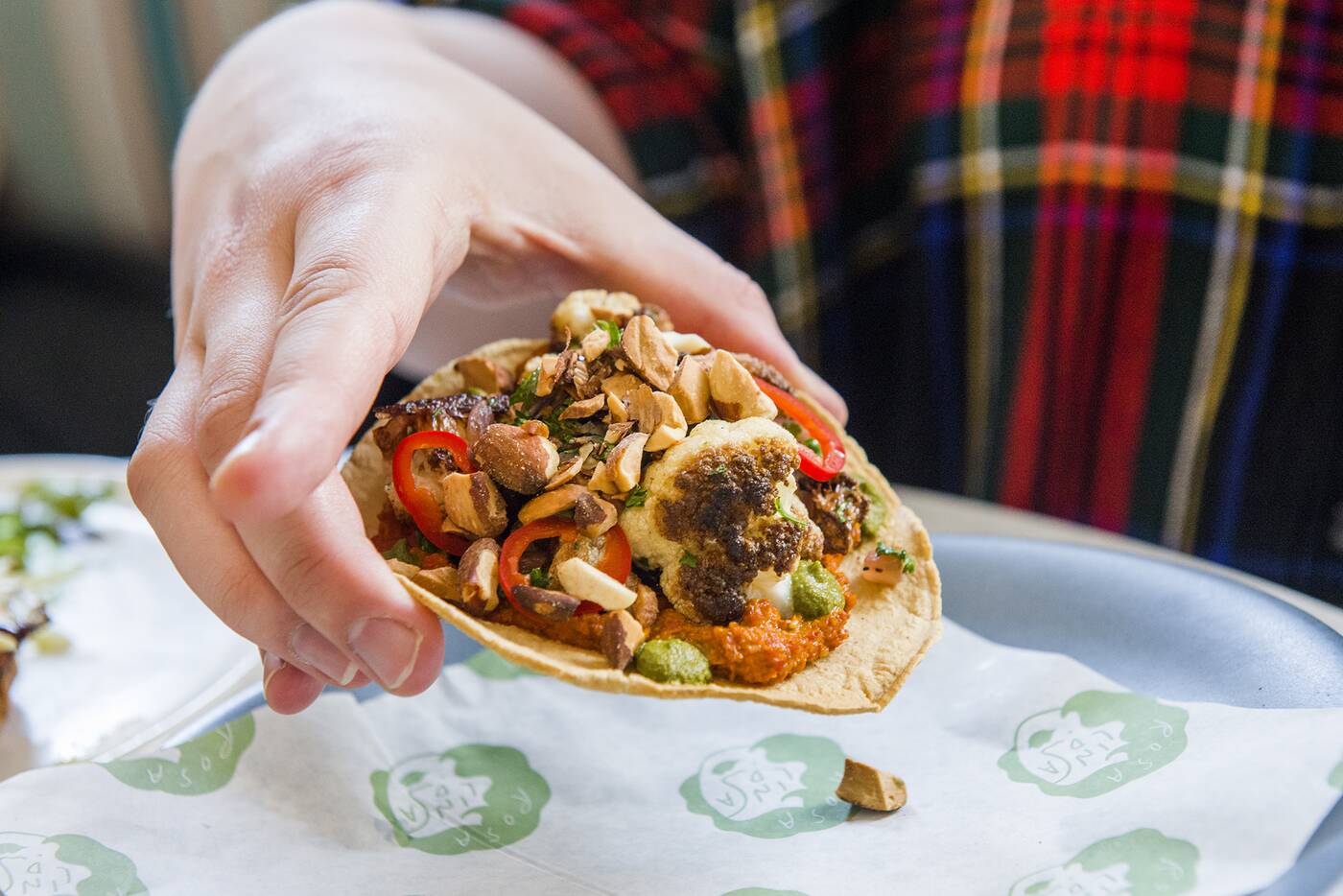 A roasted cauliflower tostada ($7) is part of a small selection of items on grilled tortillas made with Oaxacan corn. 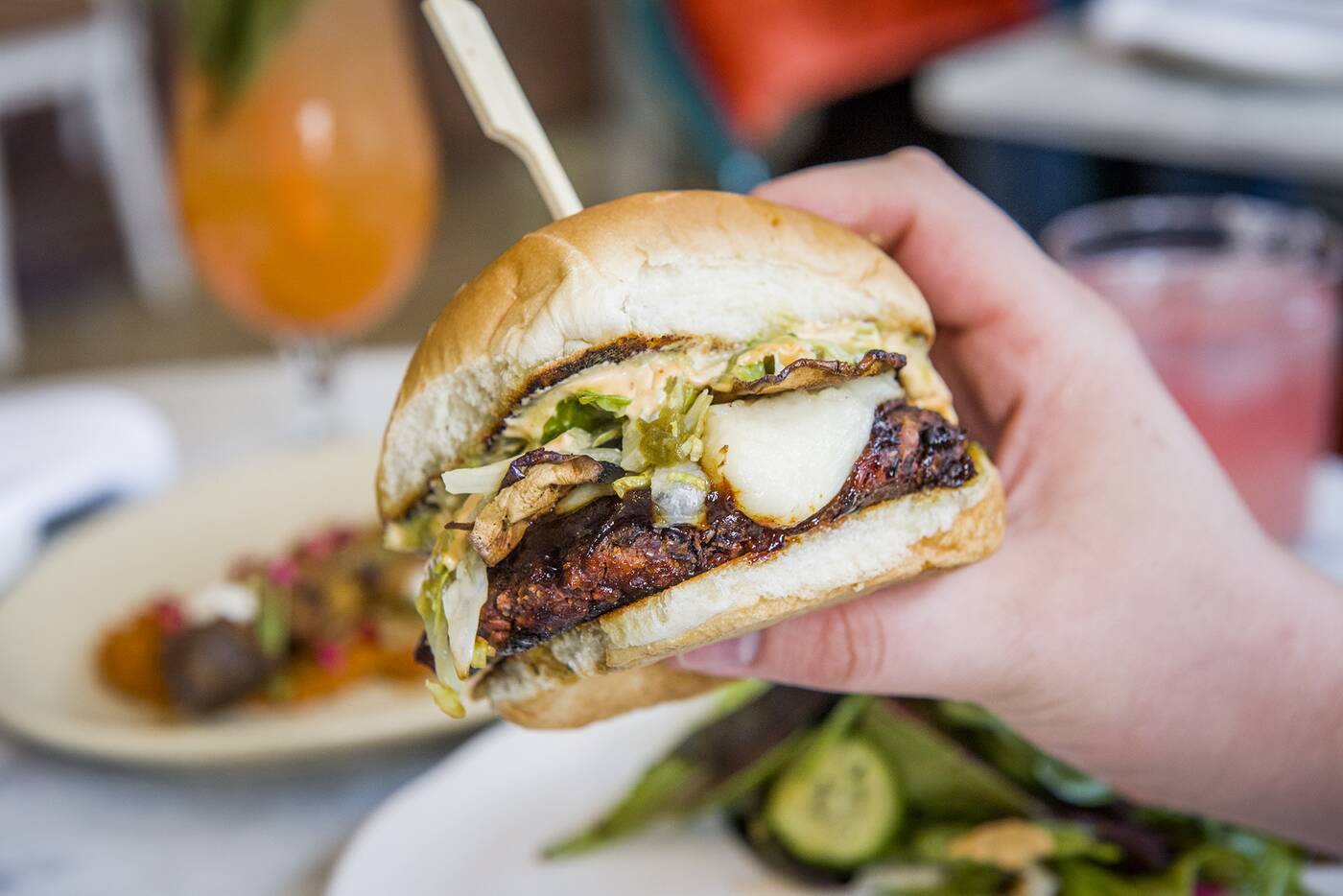 The Rosaburger ($18) sandwiches a patty with a black bean, beet and rice base in a soft Wonderbread bun with shredded iceberg, chipotle mayo, pasilla-based BBQ sauce, avocado salsa, smoked eggplant chips in imitation of bacon and the same gooey vegan mozzarella you’ll find at Libretto.

Though you’ll have to spend $20 total for the experience, Rosalinda has been successful in crafting this into a veggie burger that’s somehow simultaneously a spot-on imitation of fast food and in a category all its own — soft, spongy, and saucy yet crispy and crunchy from the lettuce and eggplant chips. 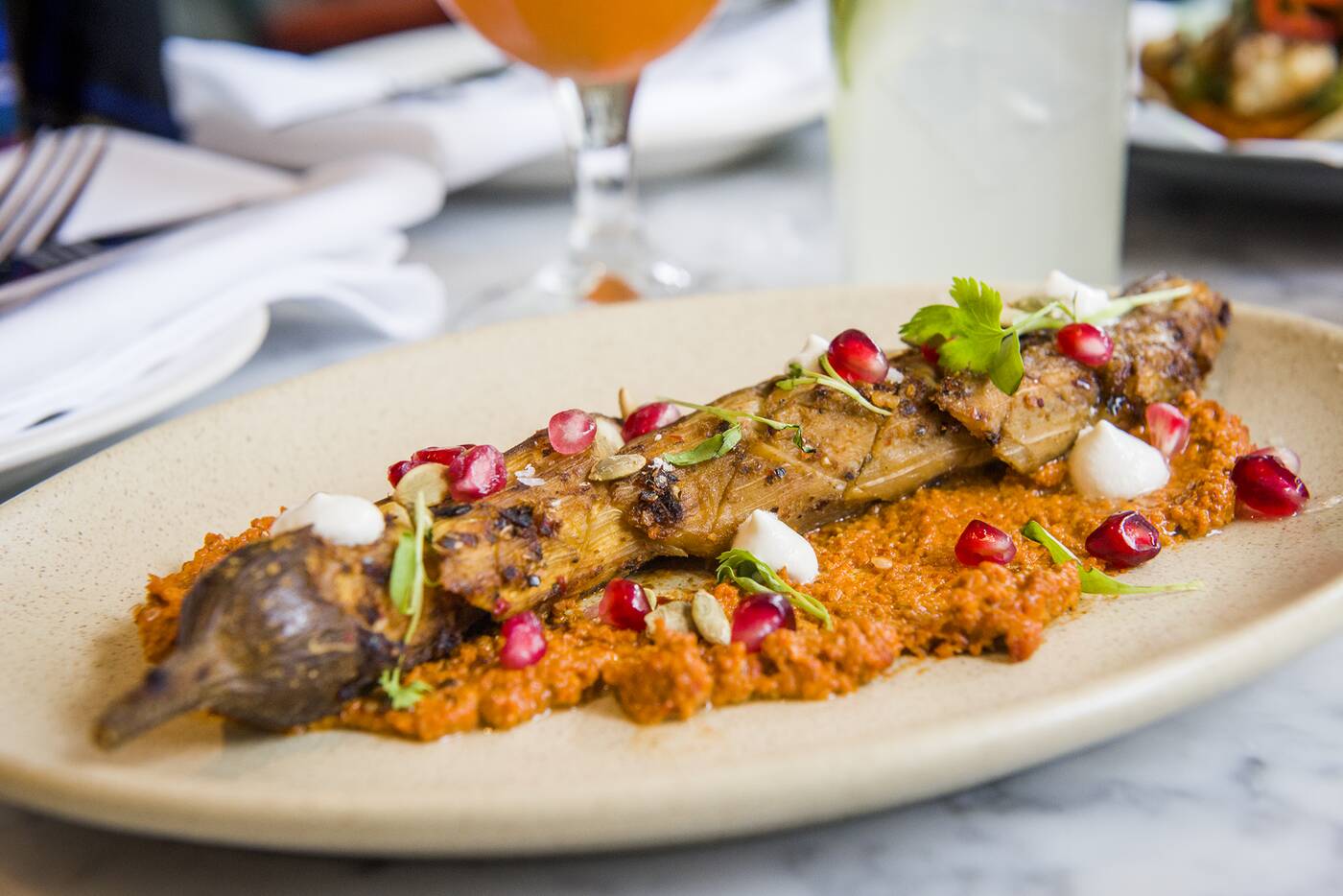 Roasted Japanese eggplant ($16) is intended to embrace the mentality of a steak while still honouring the vegetable. It is sliced into pieces just big enough to be a mouthful and served with sikil pak, salsa macha, a light cashew crema and bright pomegranate seeds. 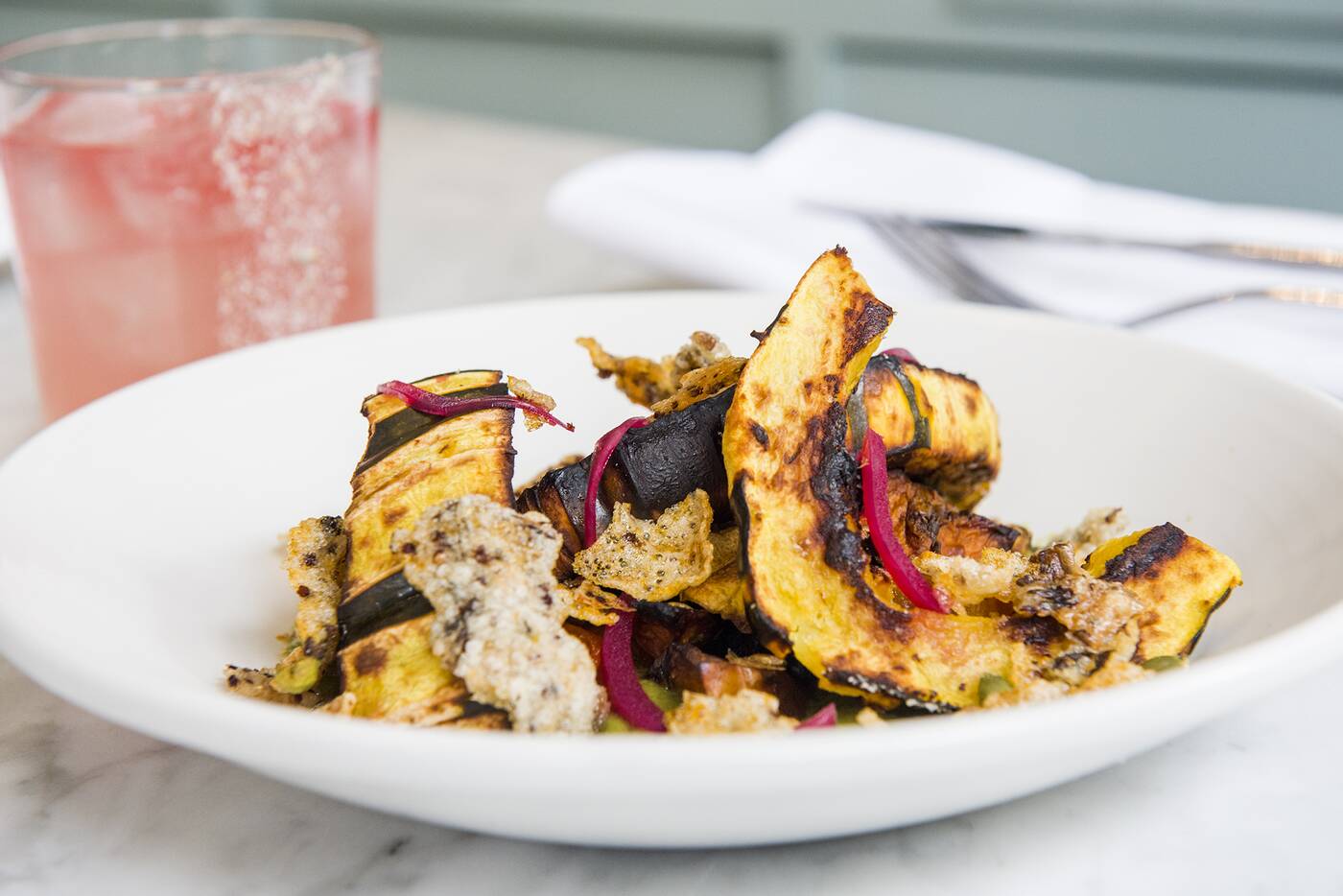 Mixed squash ($13) is typically sourced from Ontario and changes up seasonally, a more economical and hearty option with lots of comforting roasty flavour plated beautifully on a Pipián verde sauce, that’s also pepita-based, with delicious puffed wild grain chips in imitation of chicharrón. 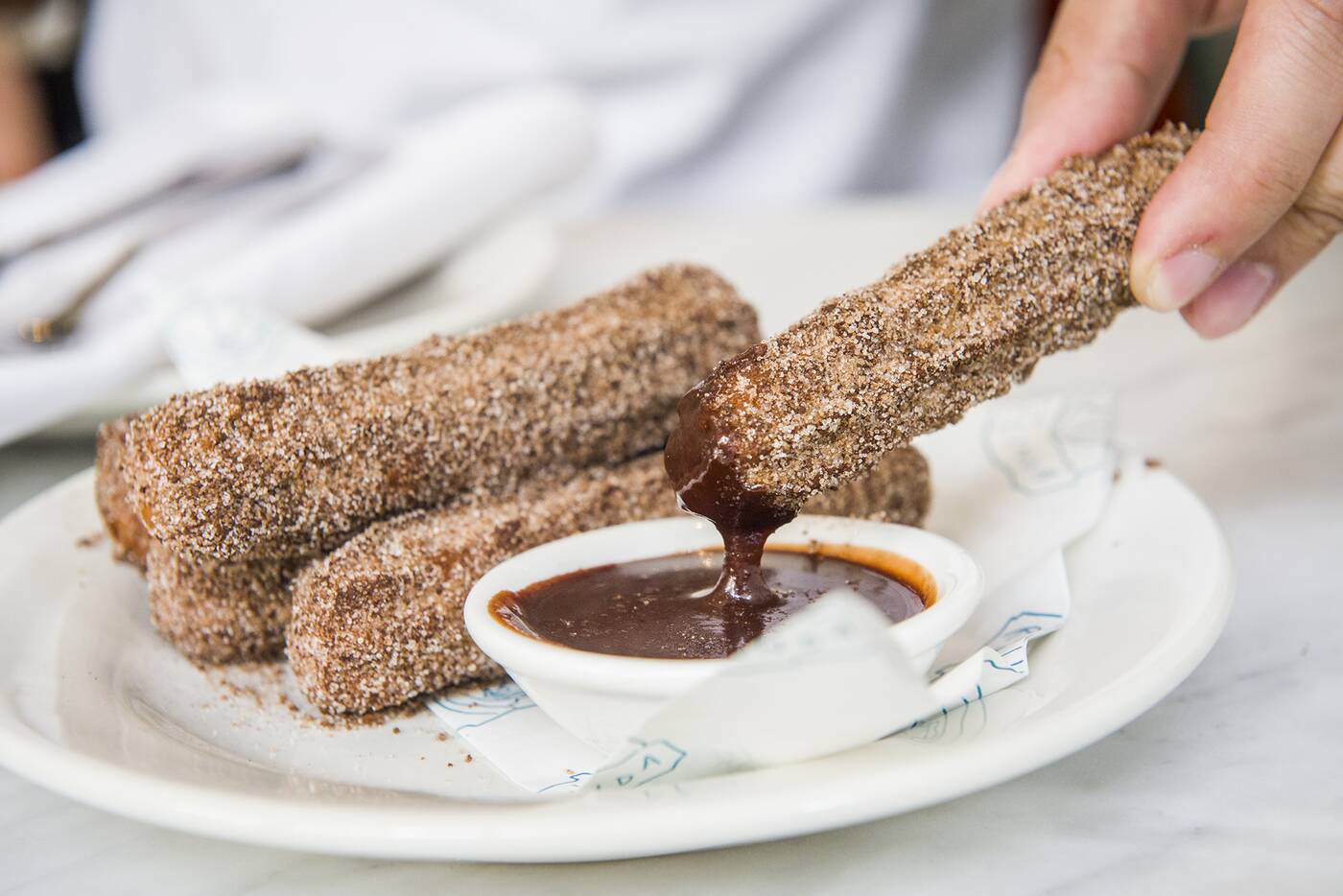 Churros ($8) are apparently spiced but mostly just taste typically cinnamon-y, and are served with a scrumptious banana chocolate caramel. 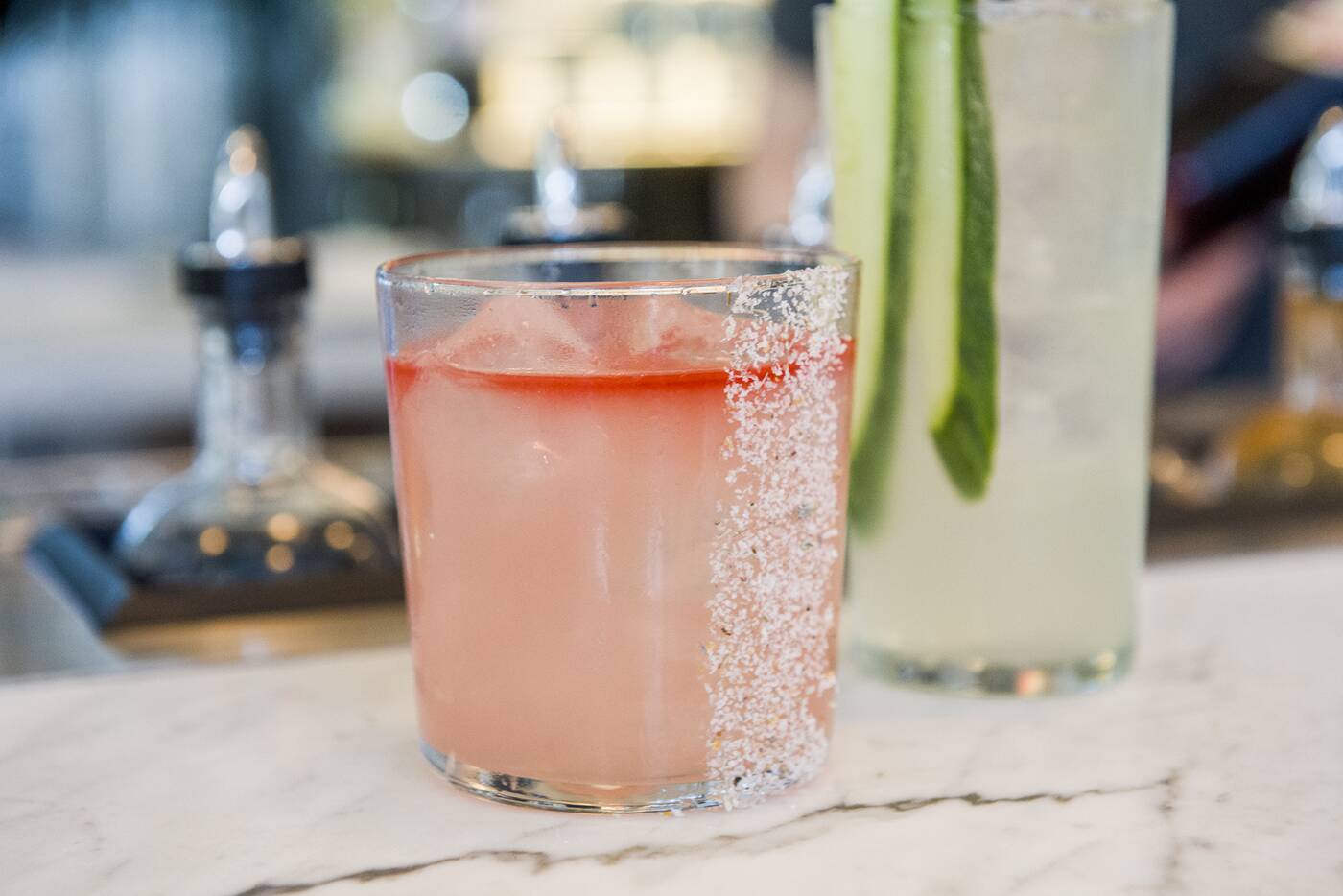 A Punta Rosa ($15) is billed as “Refreshing and Bubbly,” basically a delicate, elevated take on a Paloma with tequila, a spiced grapefruit sherbet and a lovely stripe of grapefruit lavender salt on the side. 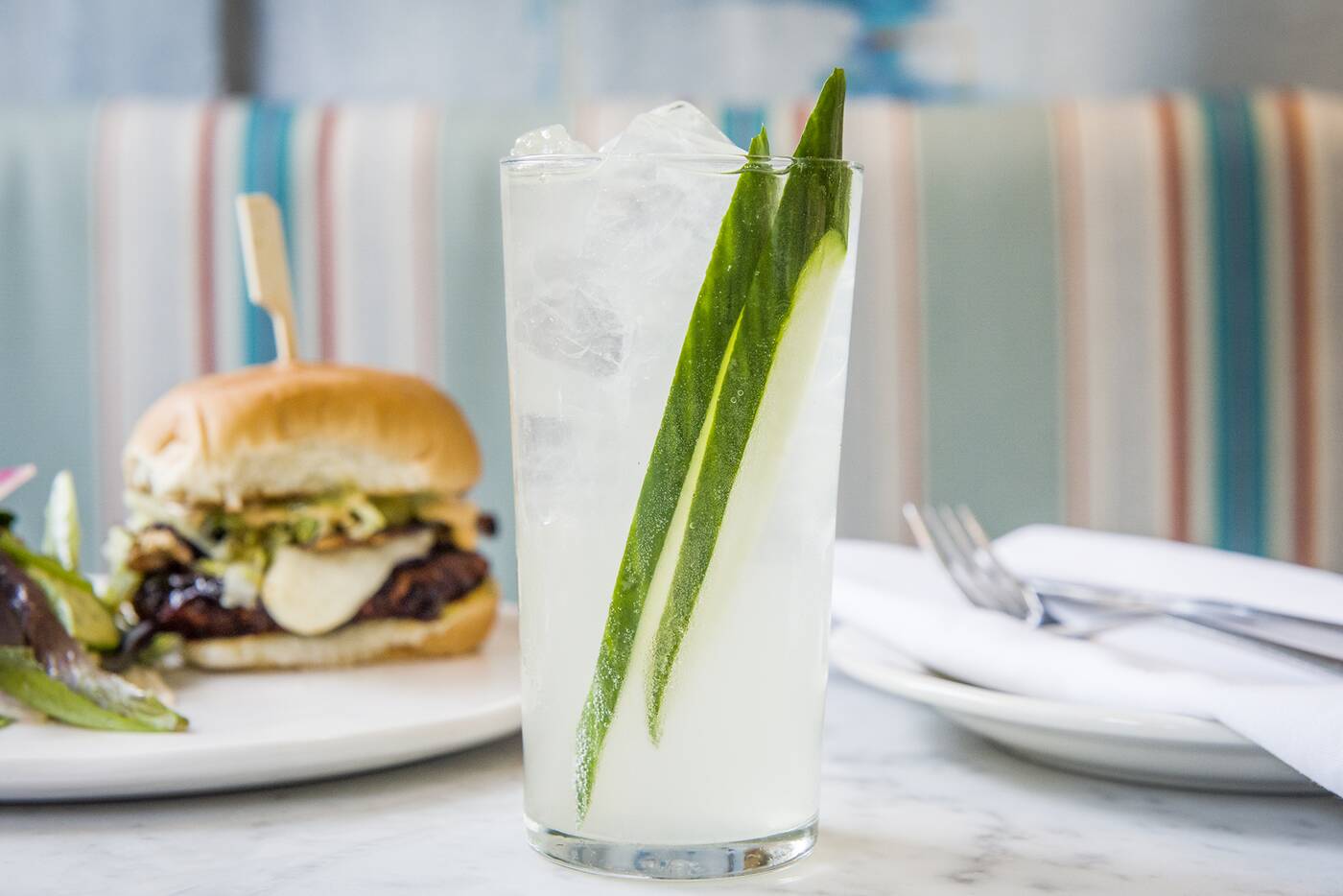 The Up & Up ($9) with Seedlip Garden 108 (herbaceous, gin-like) and tangy verjus is one of several mocktails catering to the lunchtime office crowd. 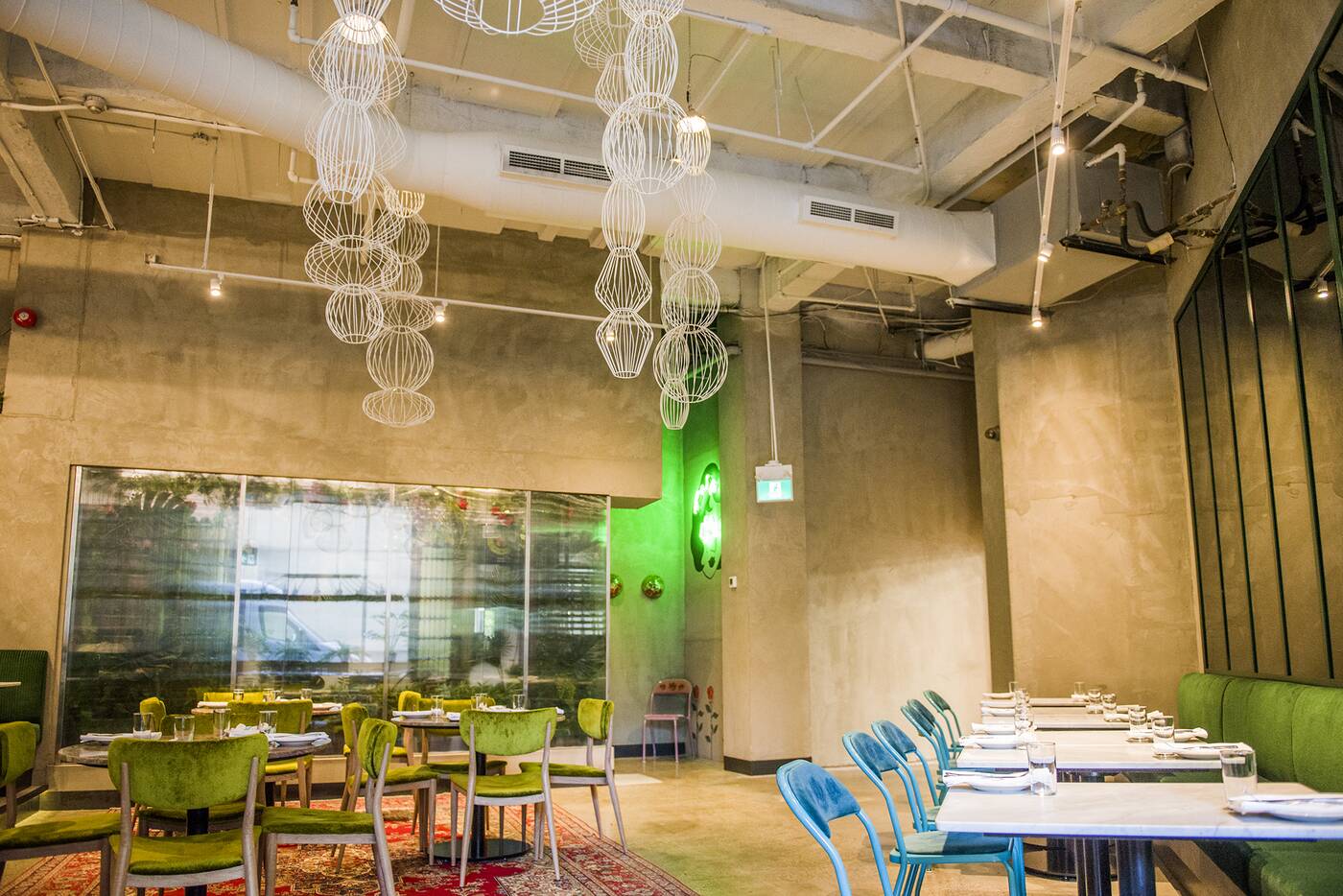 The trio behind Rosalinda have previously formed partnerships through projects such as Bar Isabel, Tennessee Tavern and Pizzeria Libretto. 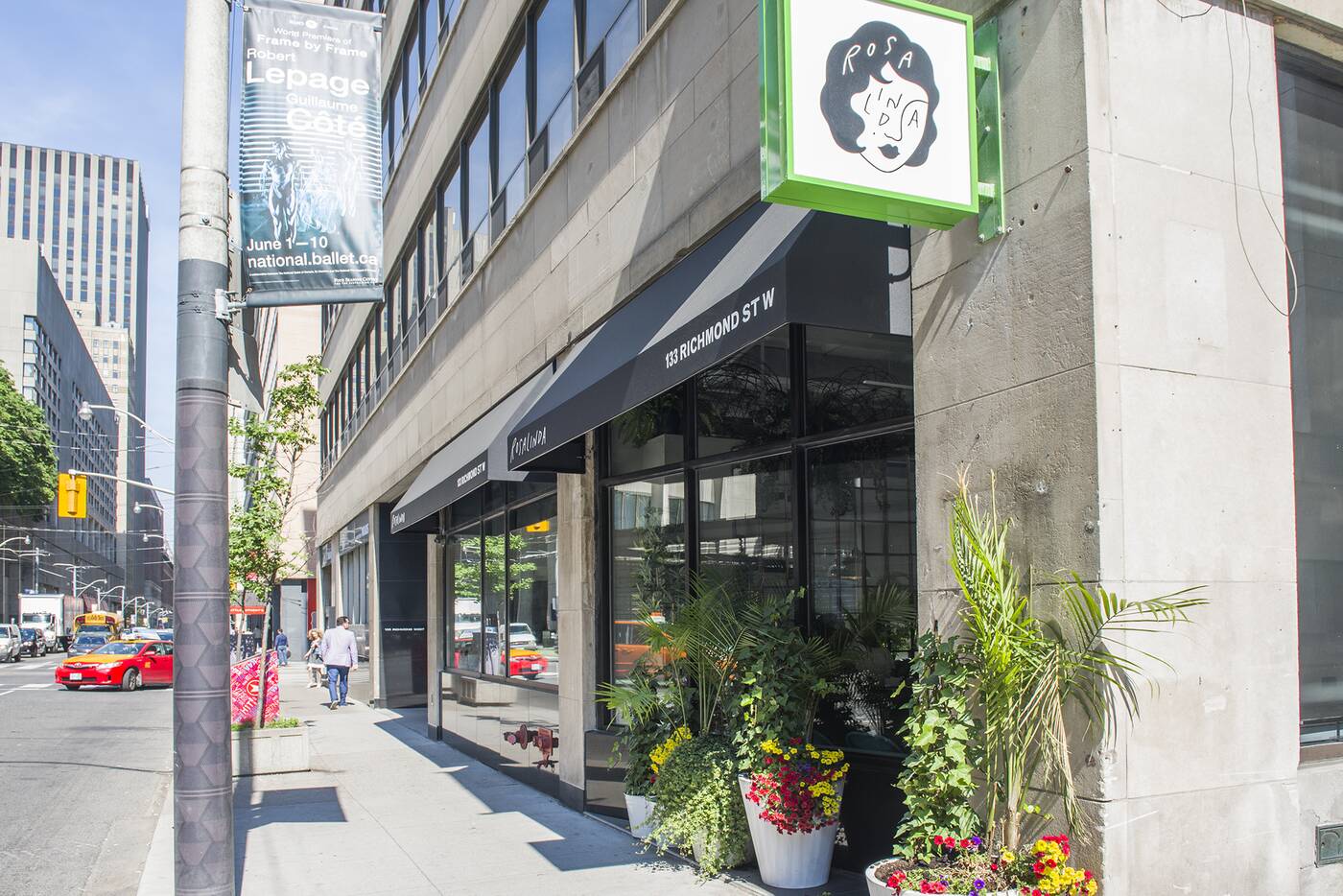