The name doesn’t have much particular significance other than rolling off the tongue and being memorable, plus evoking a connection to Mexico what with Cinco de Mayo. 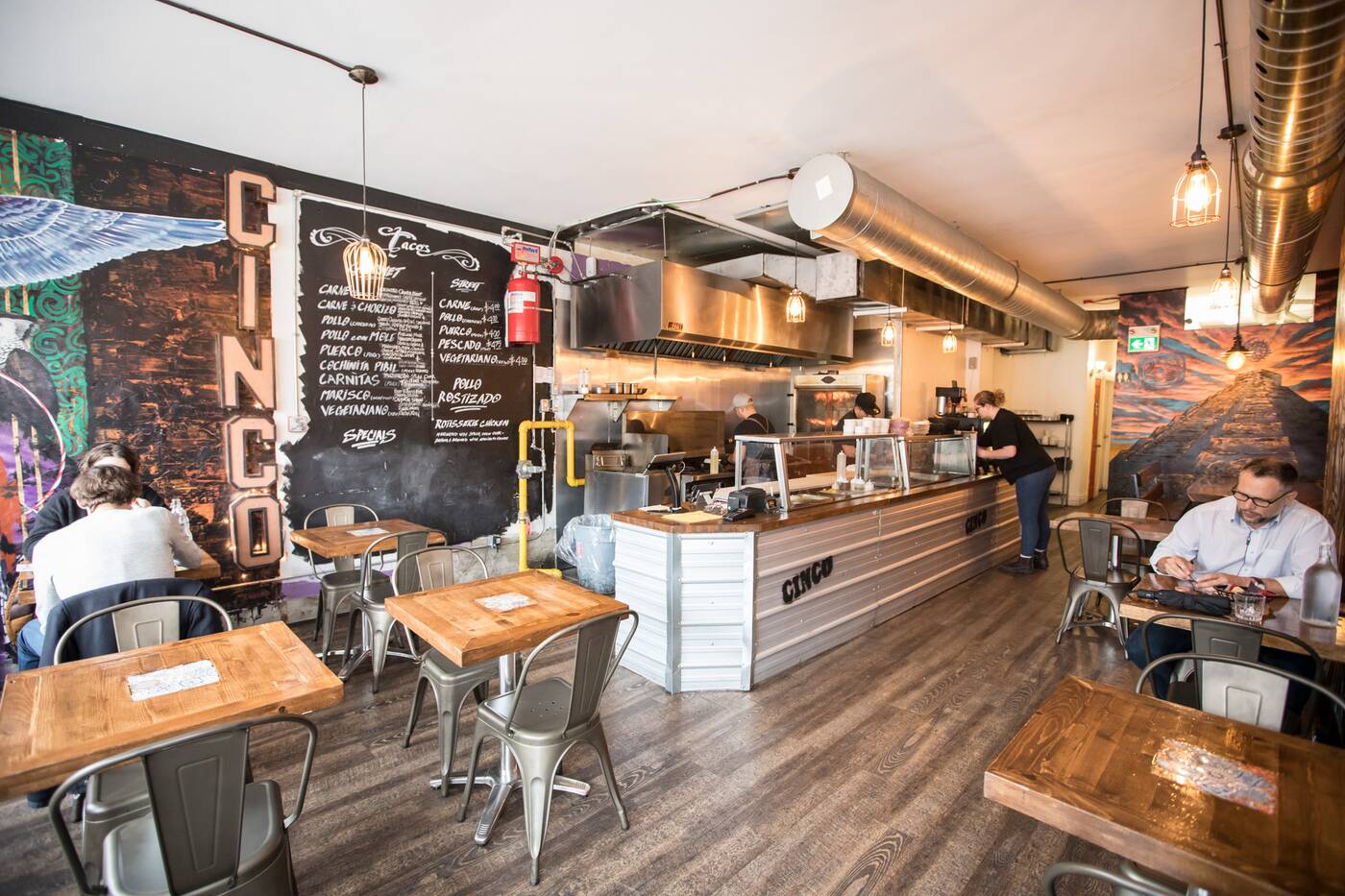 The interior is long and open with metal chairs and wooden tables, a decent amount of seating at a ledge against the big open front window. The walls are covered in detailed murals by Johnathan Ball. 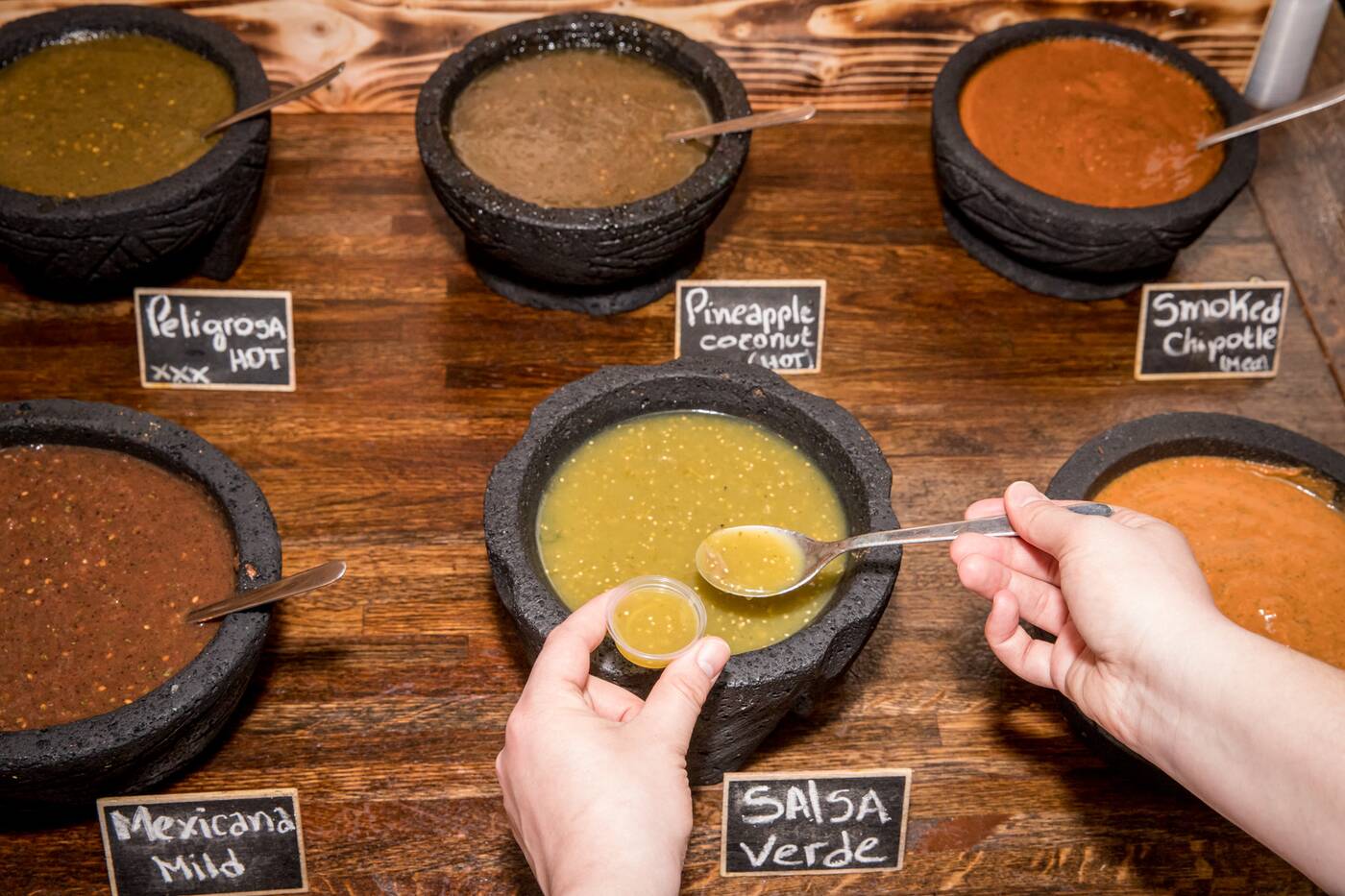 Hot sauces are made in house and rotate daily, usually about six at a time available from a self-serve station. 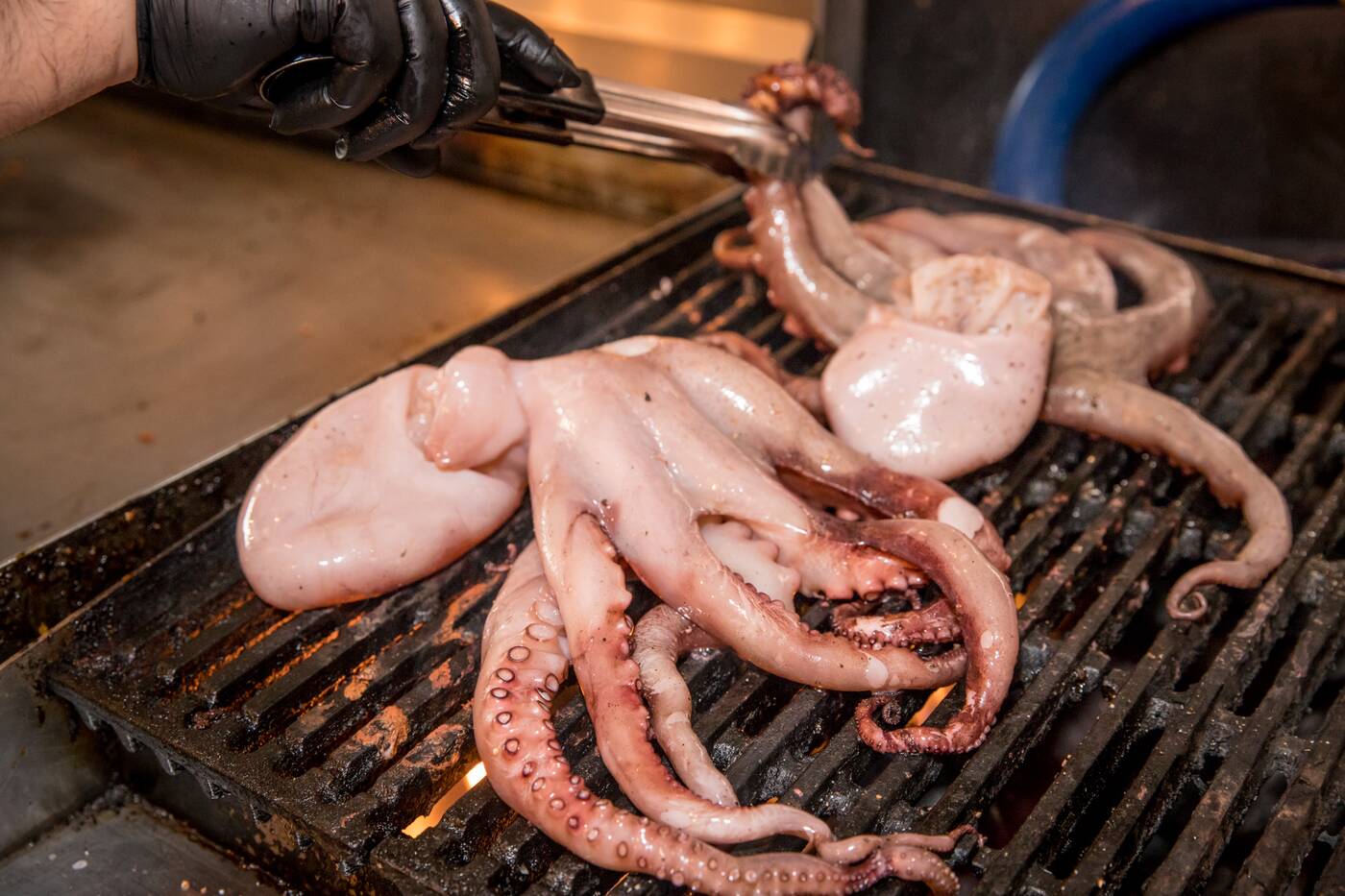 A Marisco gourmet taco ($9) contains octopus marinated in a vinaigrette and grilled whole, along with shrimp and dark-beer-battered fish. All gourmet tacos are served on two blue corn tortillas with cheese in between. 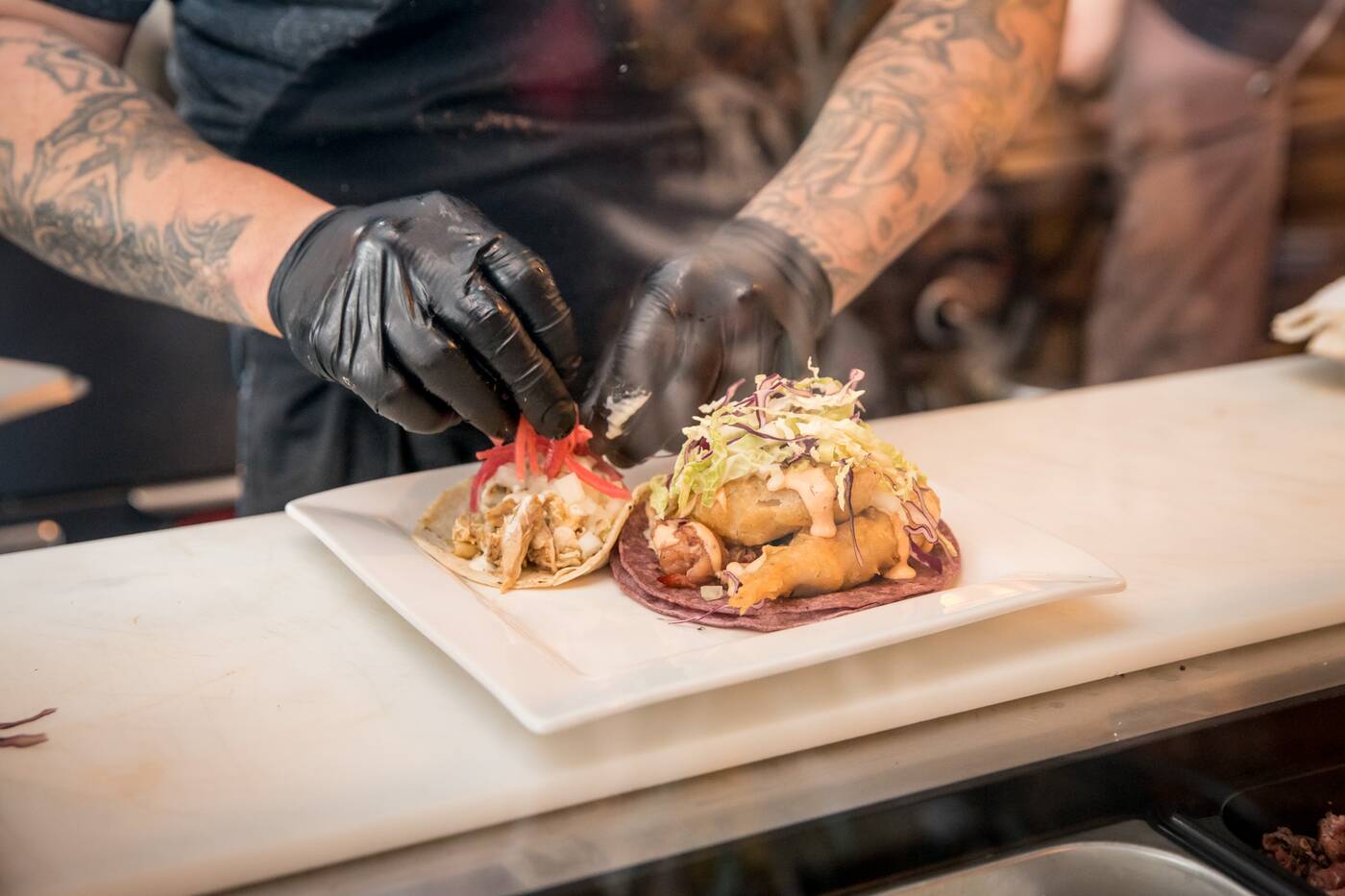 It’s finished off with a chipotle mayo and a crunchy mountain of frilly slaw, and ultimately the combination of three succulent kinds of seafood makes this is one of my favourites out of the tacos I’ve tried here. 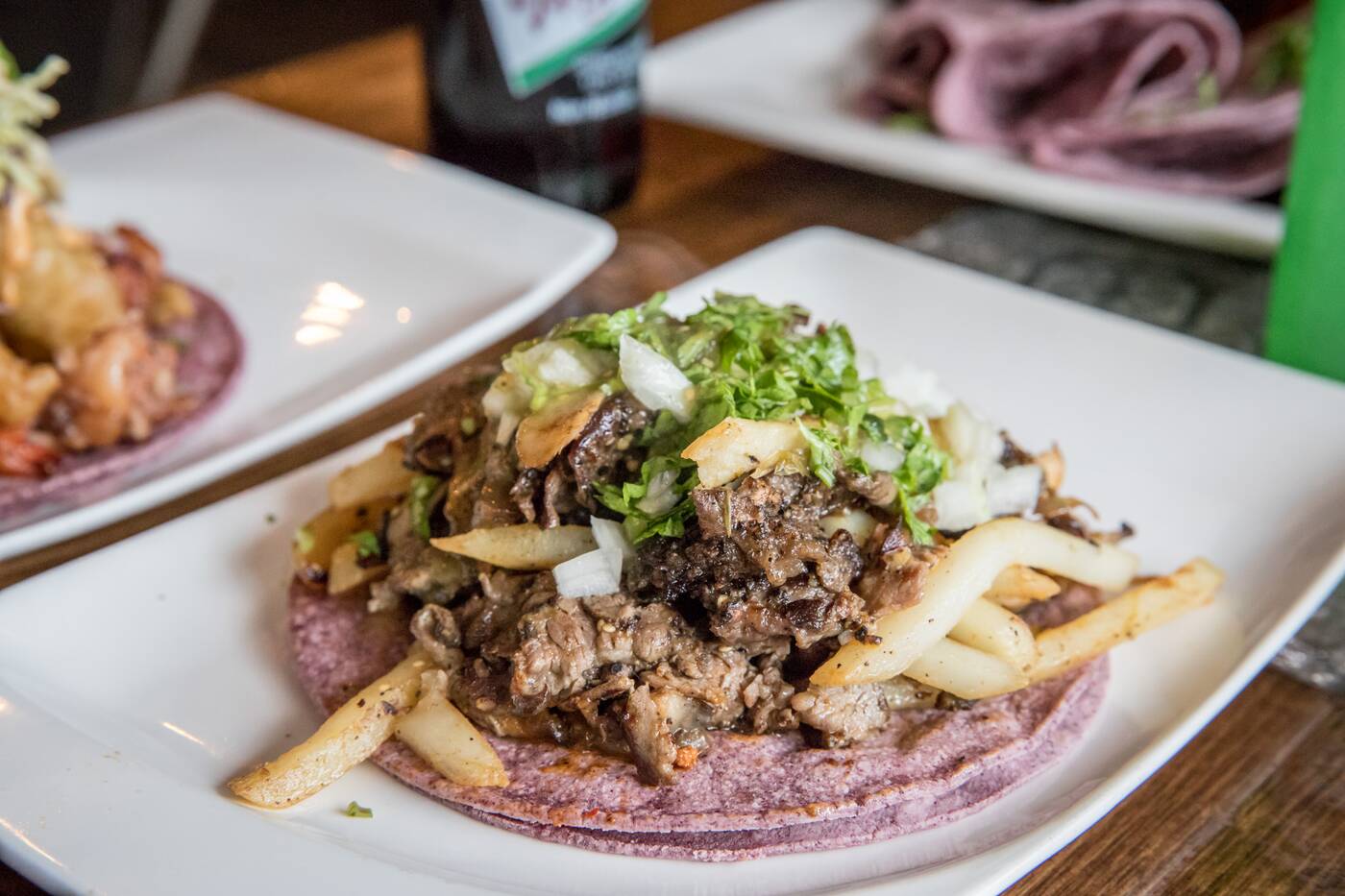 A carne taco ($7.90) is stuffed with marinated Oaxaca beef, and I appreciate the effort to up the game with some papas fritas, but ultimately they just come off as a little soggy in comparison to the flavourful meat. 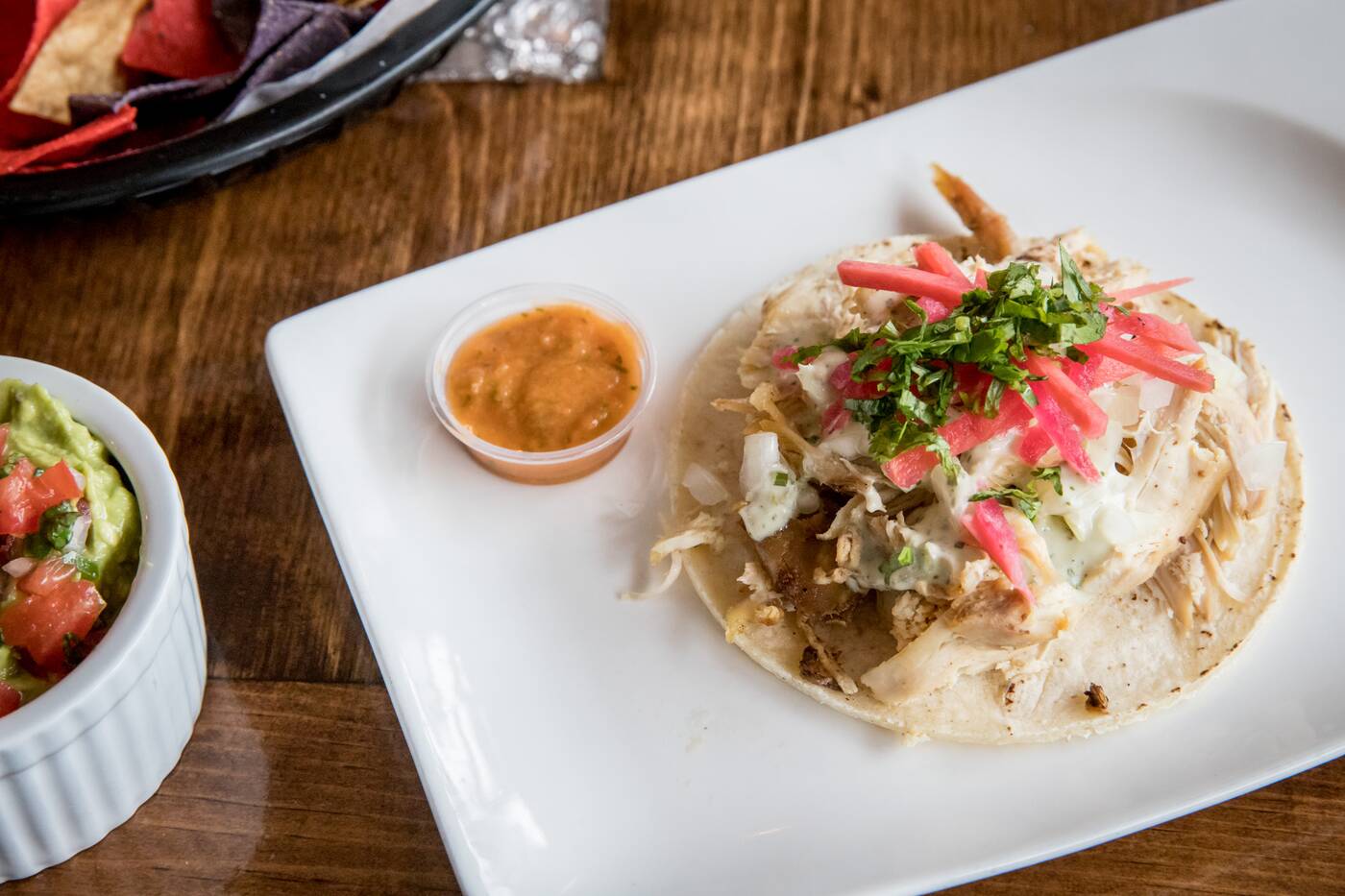 The pollo taco ($4) is one of a selection of street tacos if you’re not down to break the bank for the gourmet. Though it’s lighter than a gourmet taco there’s no lack of creative twists with cilantro mayo and pickled turnip which actually evokes a Middle Eastern vibe. 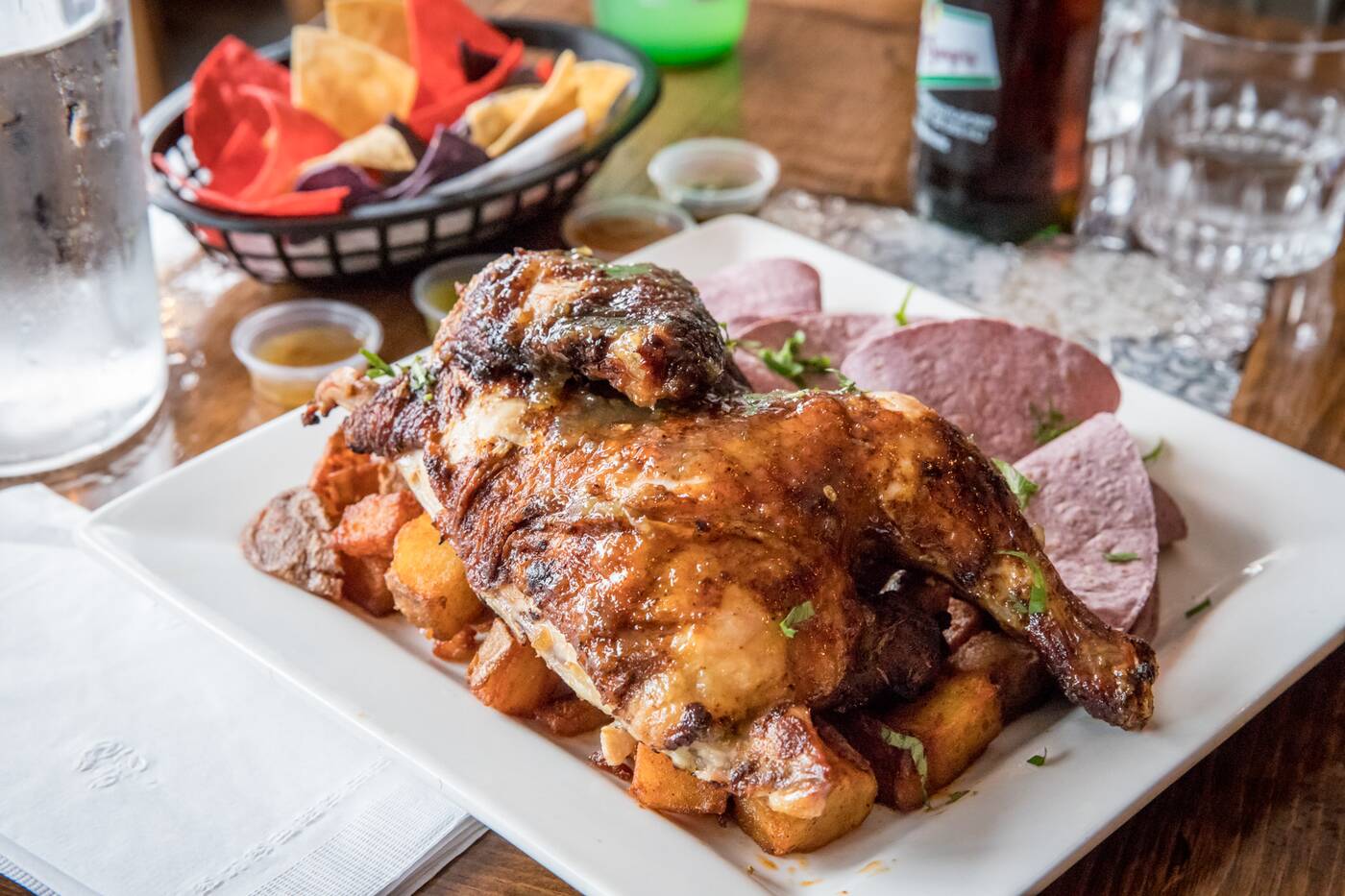 A half order of pollo rostizado ($12.99) is served with tortillas so you can make little rotisserie chicken tacos, and broiled, truffle-seasoned Yukon in keeping with the light gourmet flair of this place. 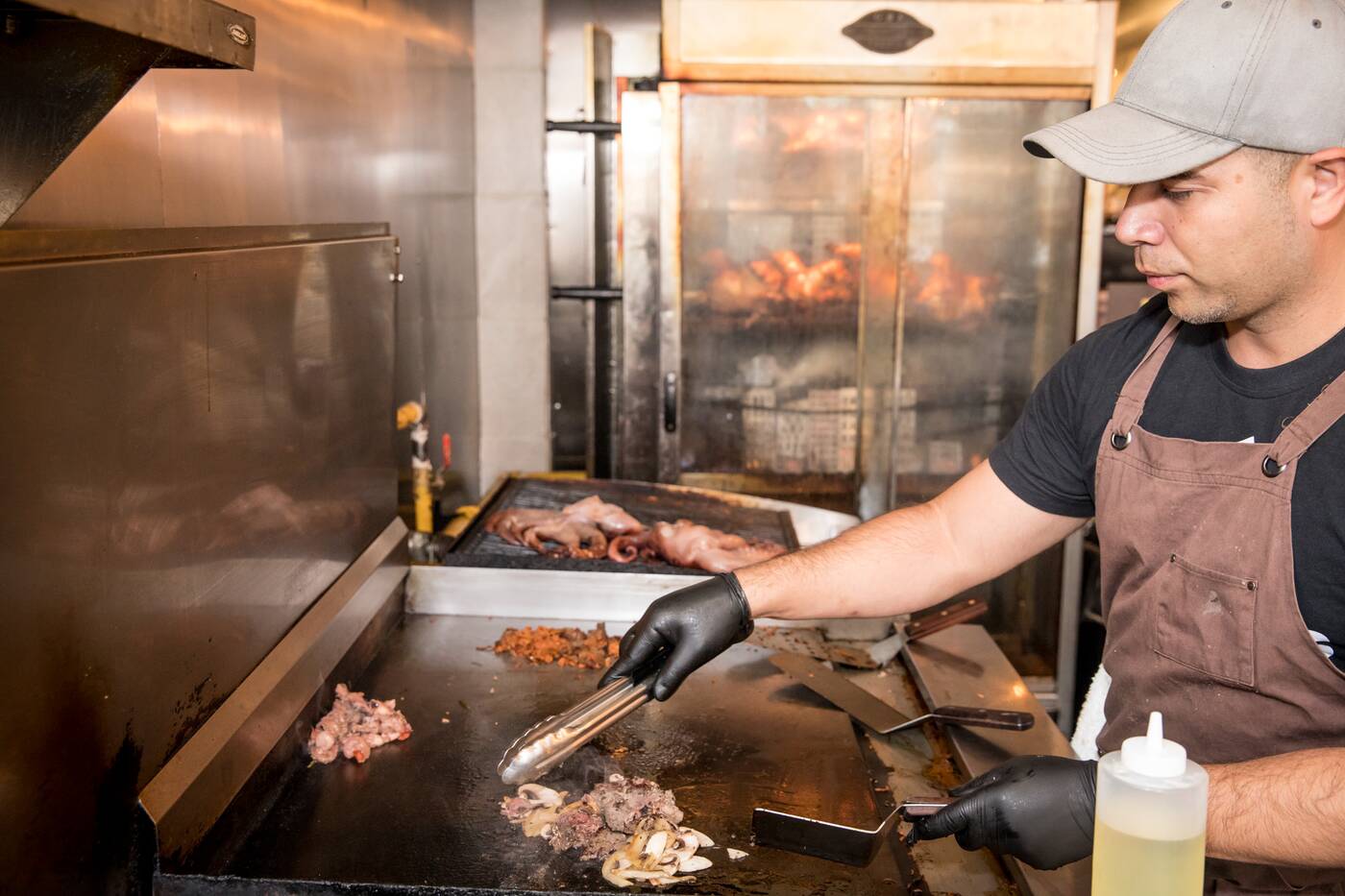 Chickens rotate on a spit throughout the day in the same open kitchen where tacos are prepared, in full view of diners. 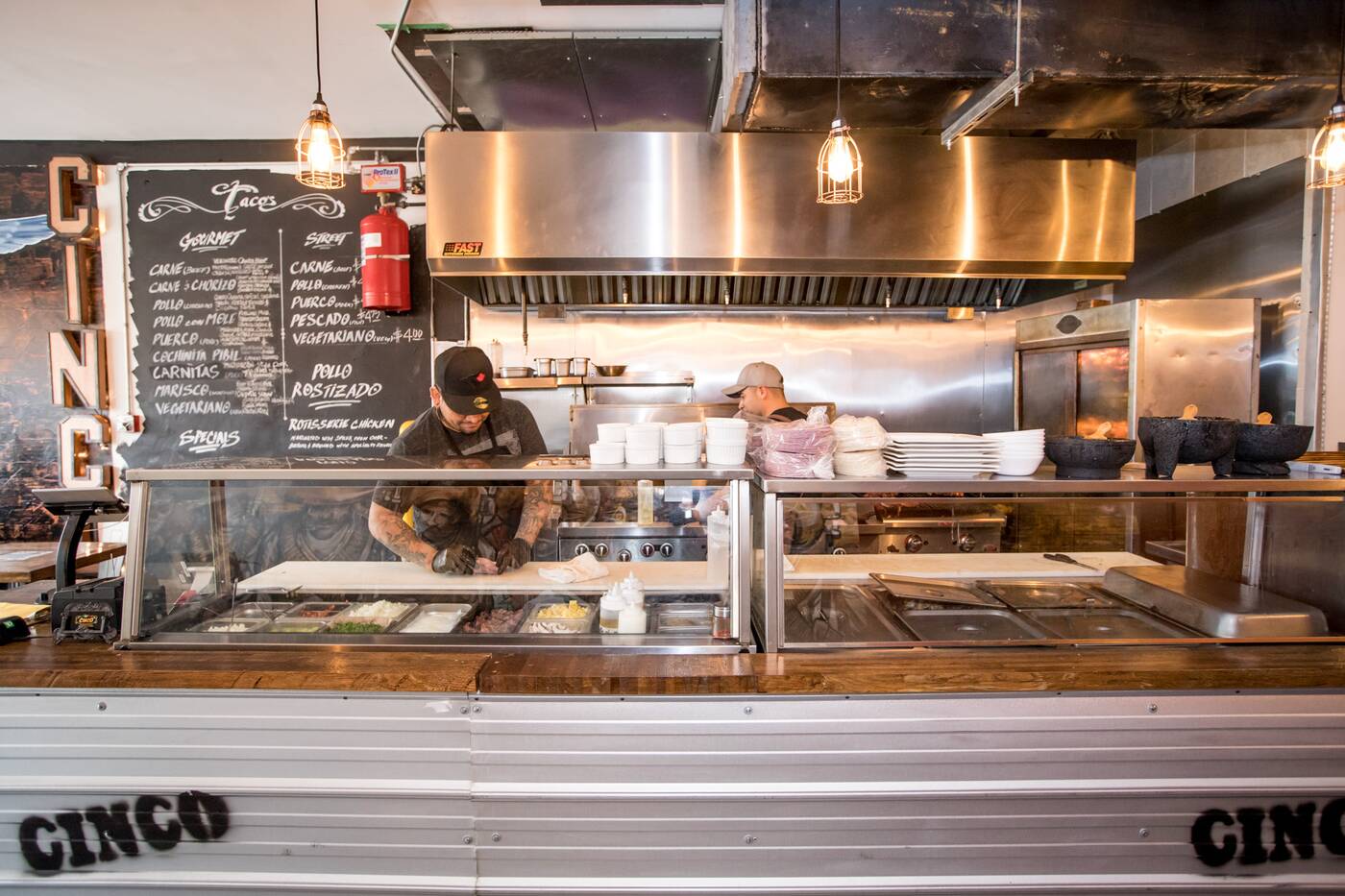 Half, whole ($19.99) or quarter chickens ($6.99) are then charbroiled on the grill to order and sauced your choice of house habanero sauce like pineapple, tamarind or mango. 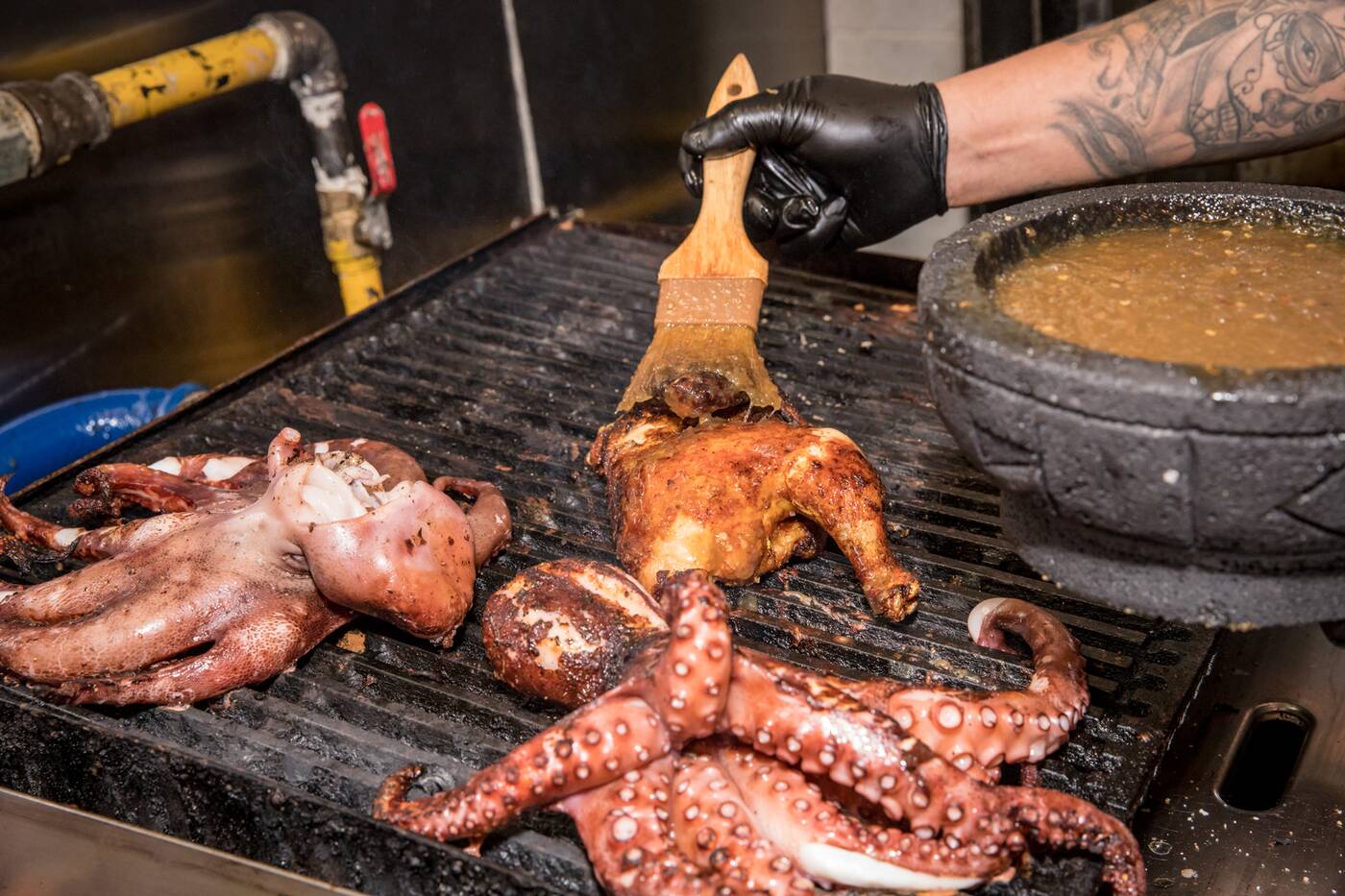 My only complaint would be that the sauce is only on the skin which tends to come off the chicken when cut or torn apart, but that’s because it’s delicious. This is some really good classic rotisserie chicken given, like most things here, an almost upscale creative spin. 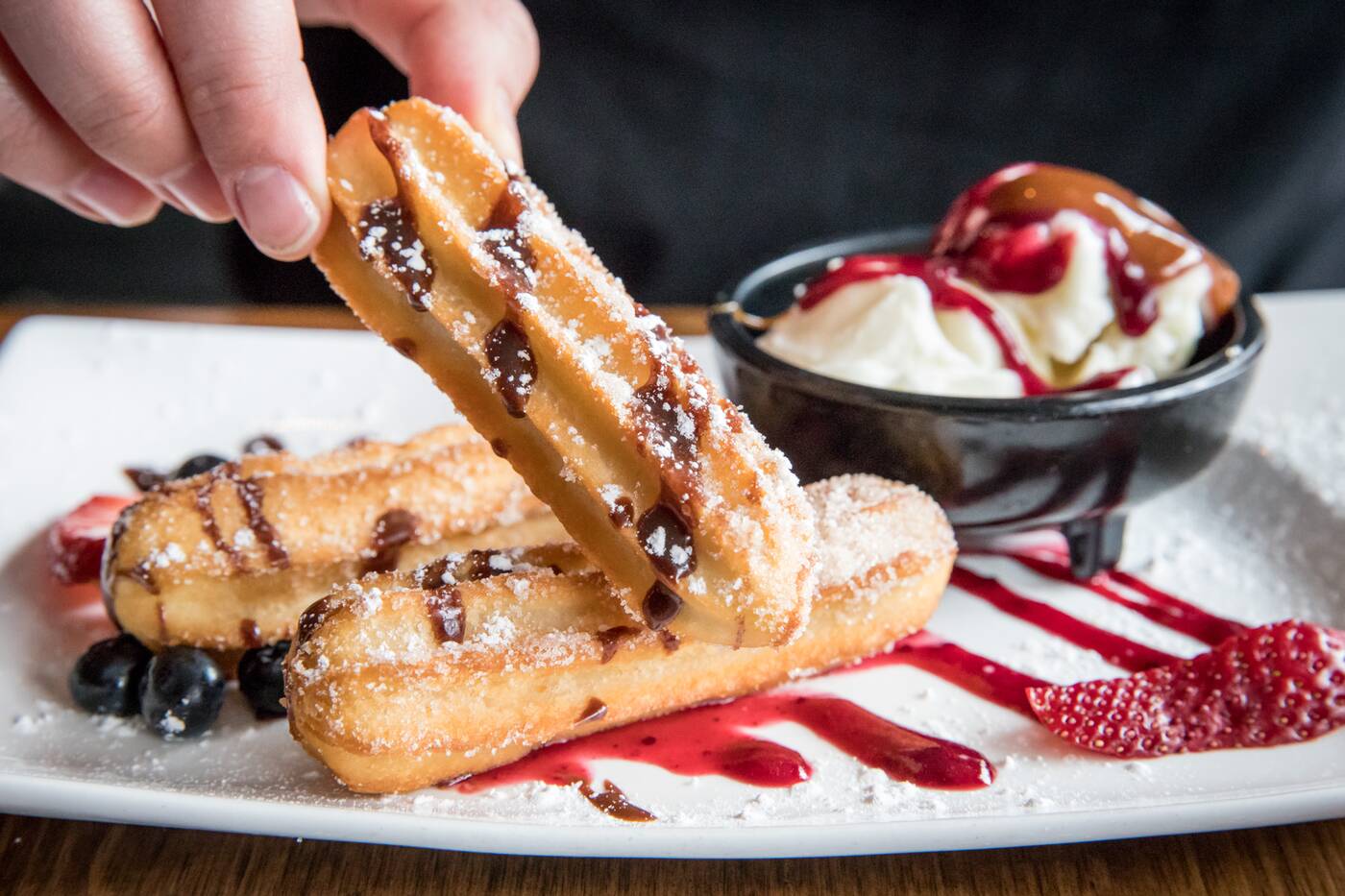 Ask about churros for dessert, an excellent version of the fluffy yet crunchy Mexican treats filled with dulce de leche, drizzled with chocolate and served with ice cream. 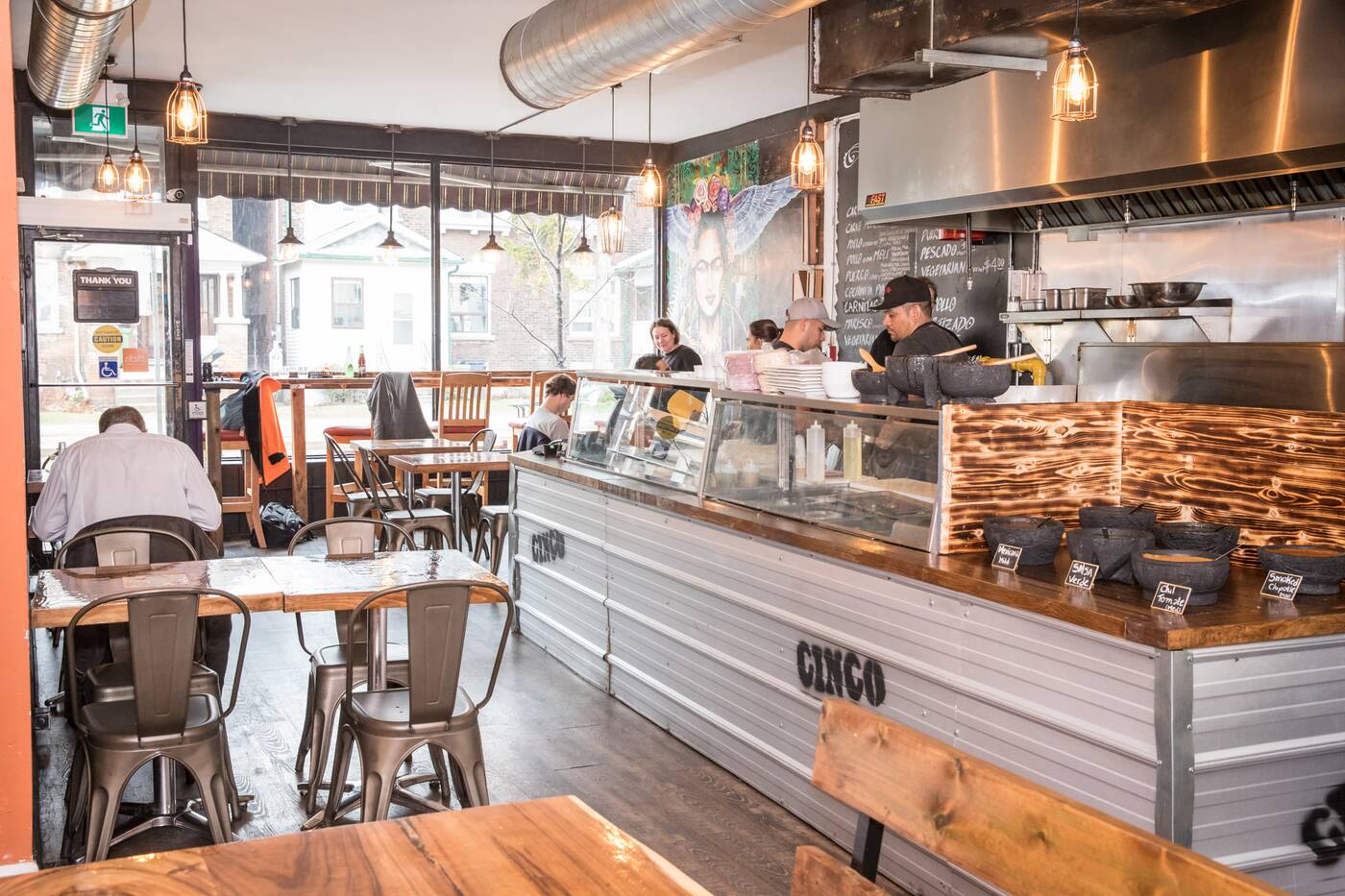 Head to this spot owned by the Linares brothers in partnership with Olga Malanco for seriously good guacamole, hot sauces, tacos and rotisserie chicken. 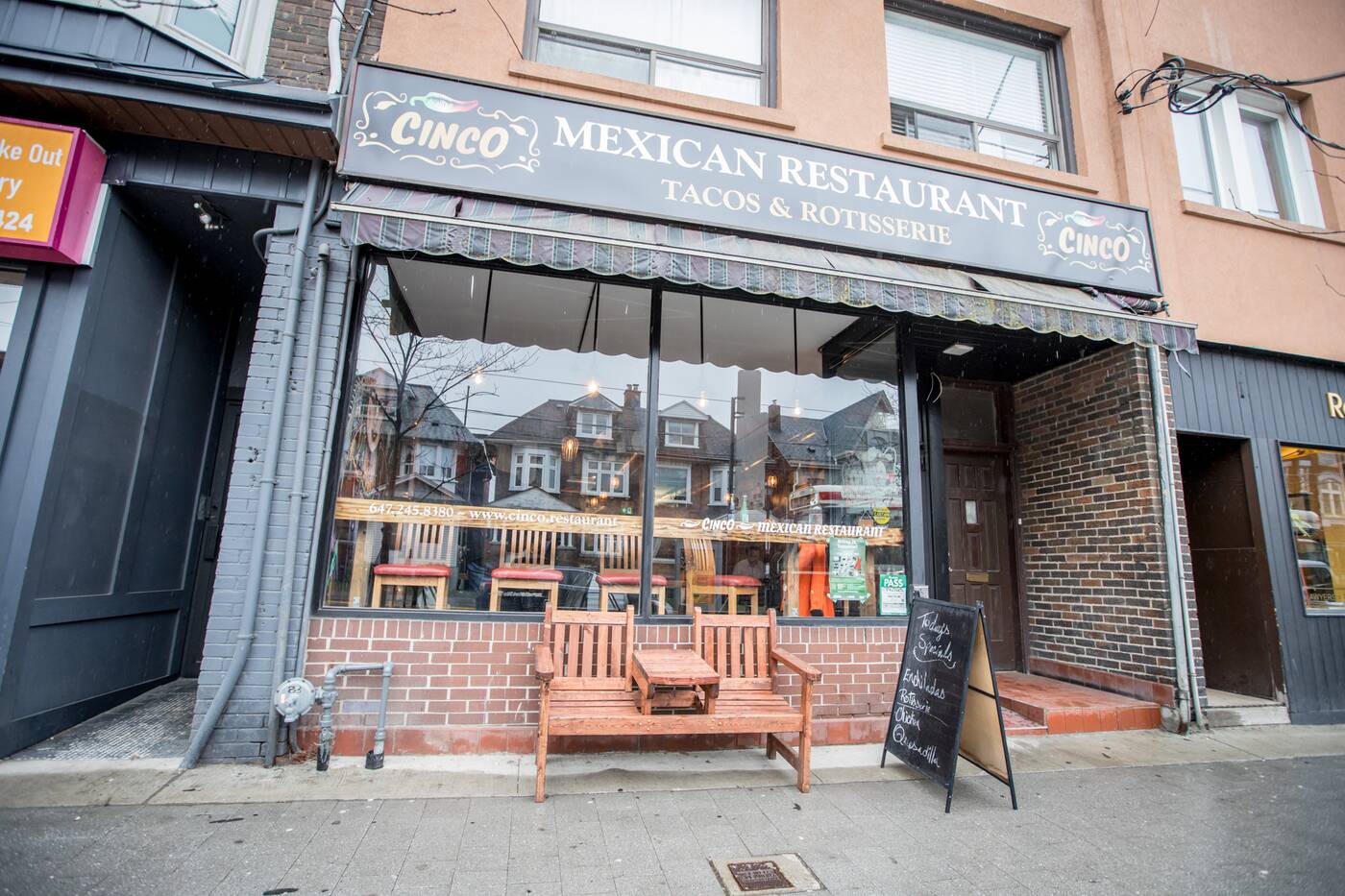 The Best Fish Tacos in Toronto

The Best Churros in Toronto