El Catrin is the newly opened Mexican restaurant in the Distillery District taking over the former site of The Boiler House -- though still under the same proprietorship. The drama and scale of the main dining room designed by Munge Leung is impressive. Jaw dropping features include oversized folk art inspired chandeliers and a massive mural by Oscar Flores that's lit with black lights so that the colours glow and vibrate. Glowing sugar skulls peak out from various nooks -- it's kind of like a moneyed Mexican funhouse.

Executive chef Olivier LeCalvez has been in Toronto mere months having been recruited directly from Mexico where the French-trained chef and Cordon Bleu Mexico instructor had been working and living with his family. Now in Toronto, he's developed a menu of authentic favourites listed alongside modern twists that take advantage of premium Canadian ingredients, think; foie gras tostadas ($9) or lobster and gauc burritos ($14) made from housemade tortillas.

On this visit, we sit outside on the equally spectacular, sprawling patio surrounded by colourfully enameled, papel picado-inspired screens, lantern-like lighting and central firepit. The oversized (almost ridiculously so) menus unfold like a map offering delicious points of interest to visit. 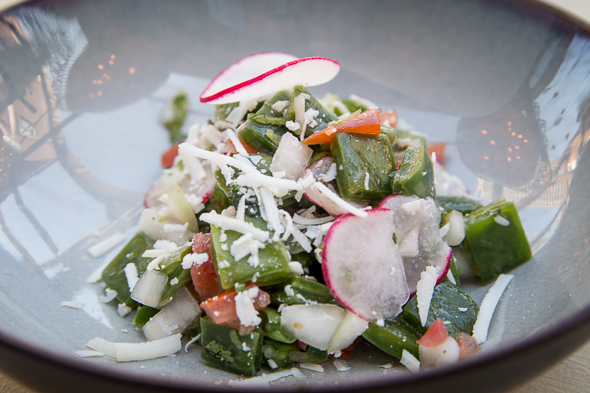 I sample mainly from the botanas (snack) list, starting with the Ensalada de Nopal ($8). The chopped cactus salad isn't slimy like past experiences I've had with the ingredient - it's even pleasantly similar to raw green peppers tossed with a citrusy vinaigrette. 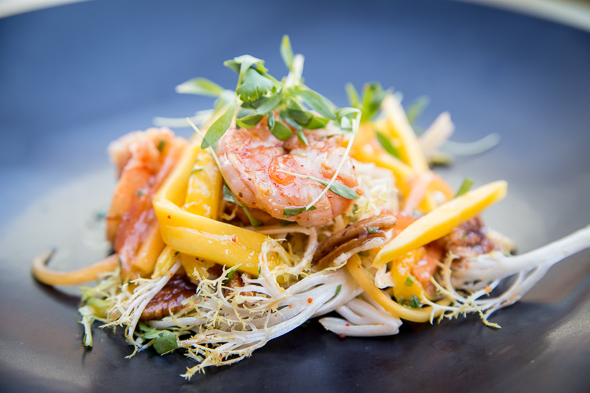 The Ensalada Destileria ($8) is another summery dish made with grilled shrimp green papaya, mango, cilantro and radish. 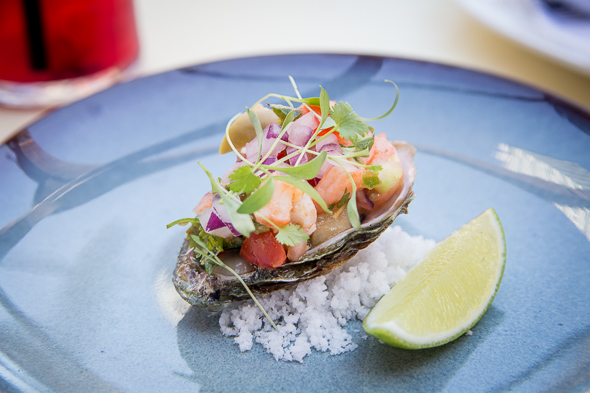 The Vuelve a la Vida El Catrin ($8) is one of several ceviches on offer. It's a three-bite max, oyster shell loaded with chopped shrimp, octopus, scallops and oyster mixed with cucumber, jicama and cocktail sauce. 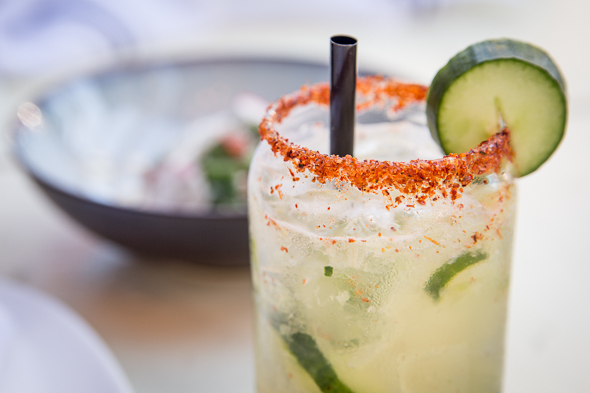 The bar menu numbers 85 tequilas, though the plan is to accumulate at least 140 different bottles. For now you'll have to settle for shots ranging from $4 to $208 per ounce (come'on ballers you know you want to try this 15 year aged Clase Azul Ultra Extra Anejo that comes in a platinum, gold and silver gilded bottle). 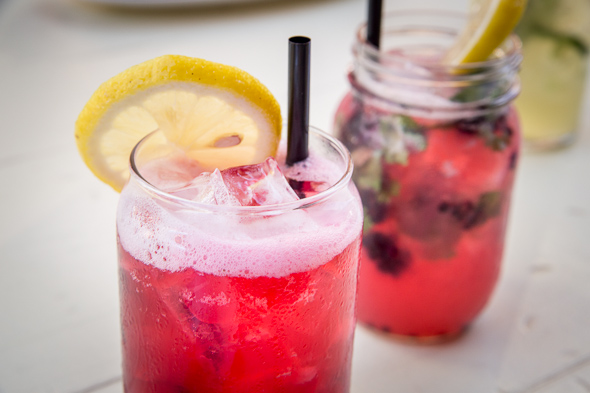 Cocktails and mezcalteles are dangerously easy to drink. I tried a few and can attest to deliciousness of the Pepino Diablo ($9), a muddled cucumber and limeade drink, rimmed with tajĂ­n seasoning. 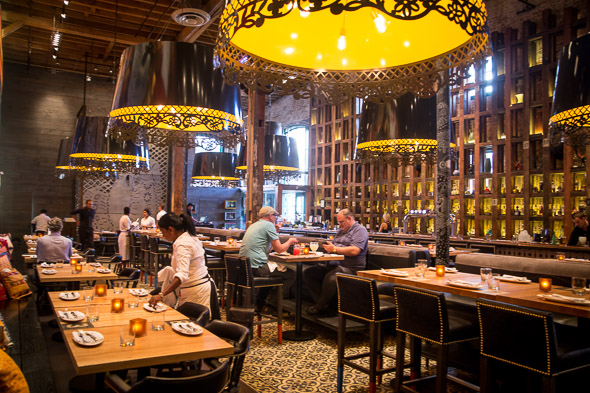 El Catrin opens daily at noon for lunch (and soon to come, weekend brunch) until 5pm when dinner is served until 11pm. There are two long banquet tables equipped for large parties in semi-private spaces plus an event space in the back still under construction. The restaurant is large, but I'll bet it's still going to attract long lines. Reservations are accepted. 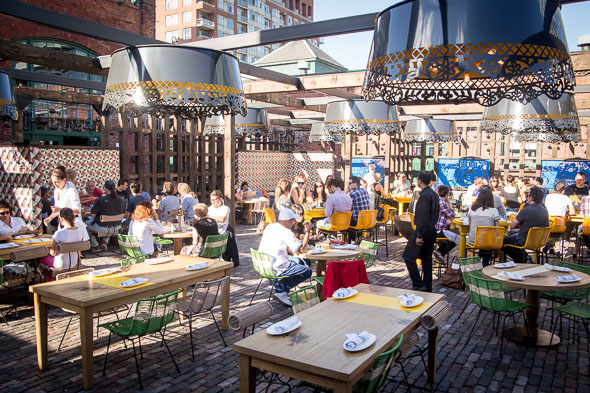 The Best Margaritas in Toronto