The city unveiled an update to the Toronto Island Park Master Plan on Wednesday evening, offering members of the public a window into the overarching blueprint that will inform the planning, programming, and general decision-making around the enormous waterfront asset for years to come.

Planners have gathered information from thousands of Toronto residents for the last year and a half, compiling data that has shaped areas of the Master Plan, including Indigenous history and significance of the Island, its under-realized business opportunities that should be explored and improved, and replacement of aging infrastructure among others.

Wednesday's open house on Phase 3 of the Toronto Island Park Master Plan included a series of new renderings that provide a glimpse into how the islands could evolve in the coming years, complete with some very impressive visuals.

Much of the Master Plan's focus centres around transforming the islands into a year-round destination and incorporating new Indigenous placemaking, proposed through the addition of new public spaces, amenities, and infrastructure.

Attended the Toronto Island Master Plan review tonight. Love the focus on Indigenous placemaking most of all! The focus on making the islands a four seasons destination also important as we starve for park space. Learn more: https://t.co/hPQphn5D2R #topoli 1/2 pic.twitter.com/mWhy2w5EaR

One of the standouts of the plan is the proposed transformation of the existing Cibola and Lakeshore Avenues — the road backbone of the Island — into a 5.5km Cultural Narrative Trail, which would function as an interpretive Indigenous cultural experience. 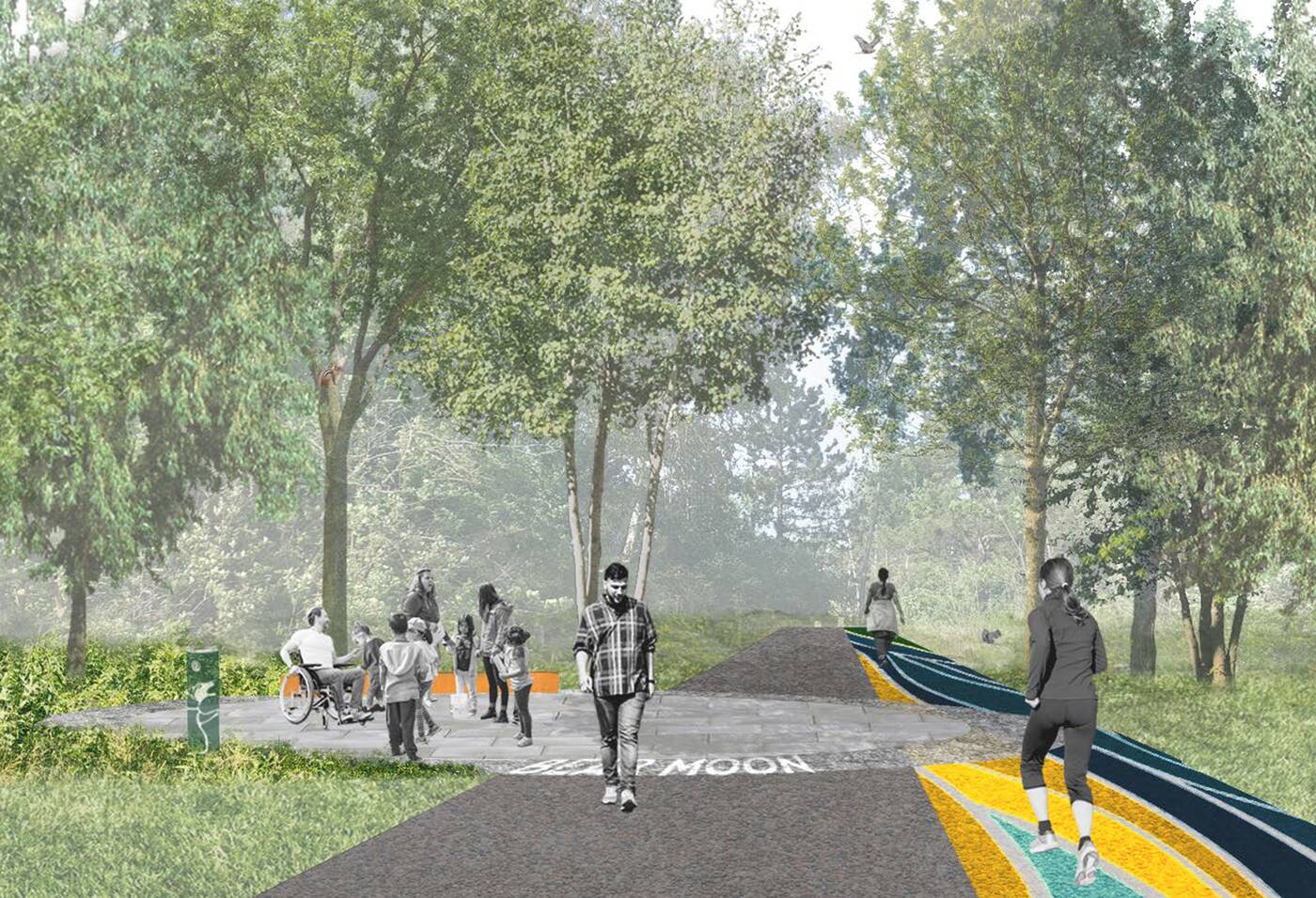 It would feature a mix of rest areas, gathering spaces, and a central feature space — all to be developed and designed through engagement with Indigenous communities and partners. 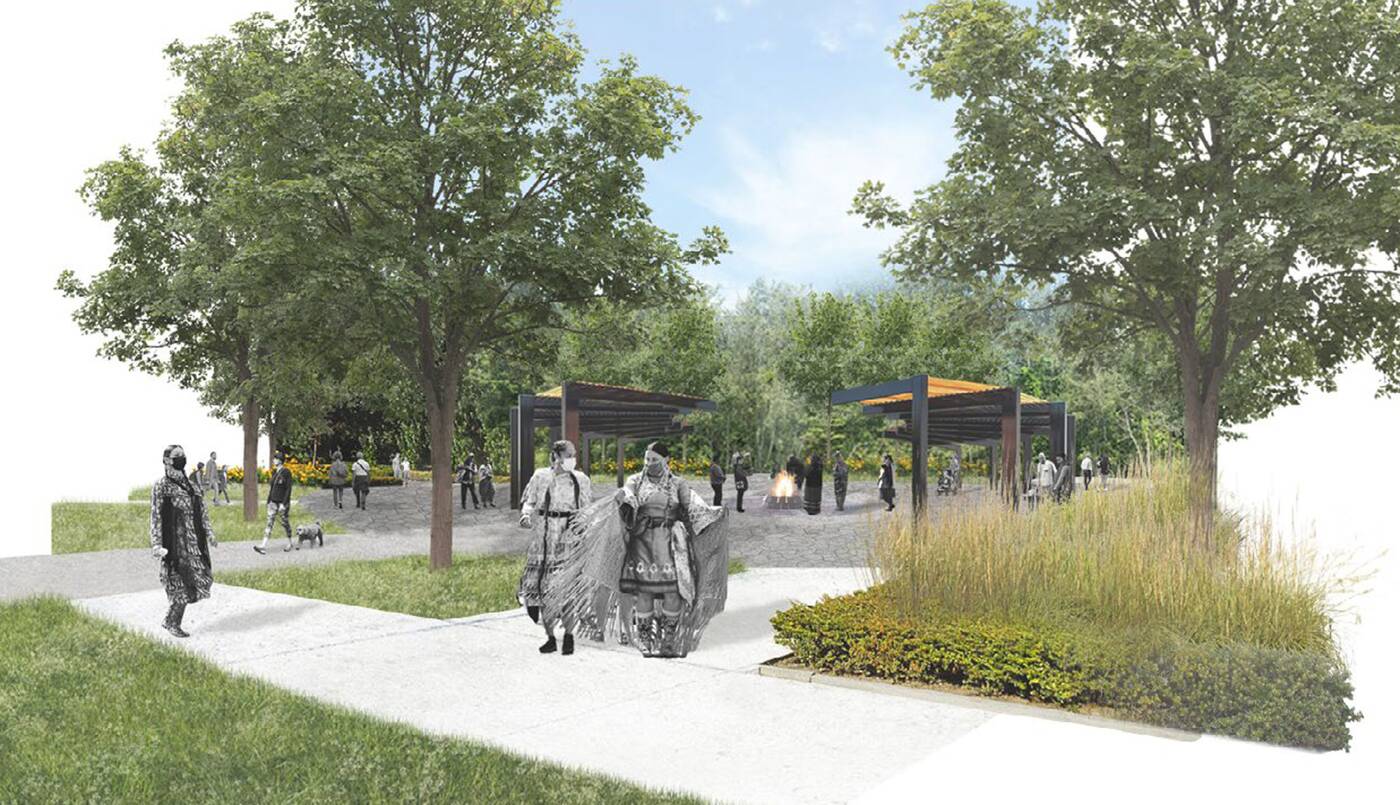 Snake Island — a place of Indigenous cultural significance — would benefit from new ceremonial spaces designed for the sharing of knowledge and culture internally within Indigenous communities. 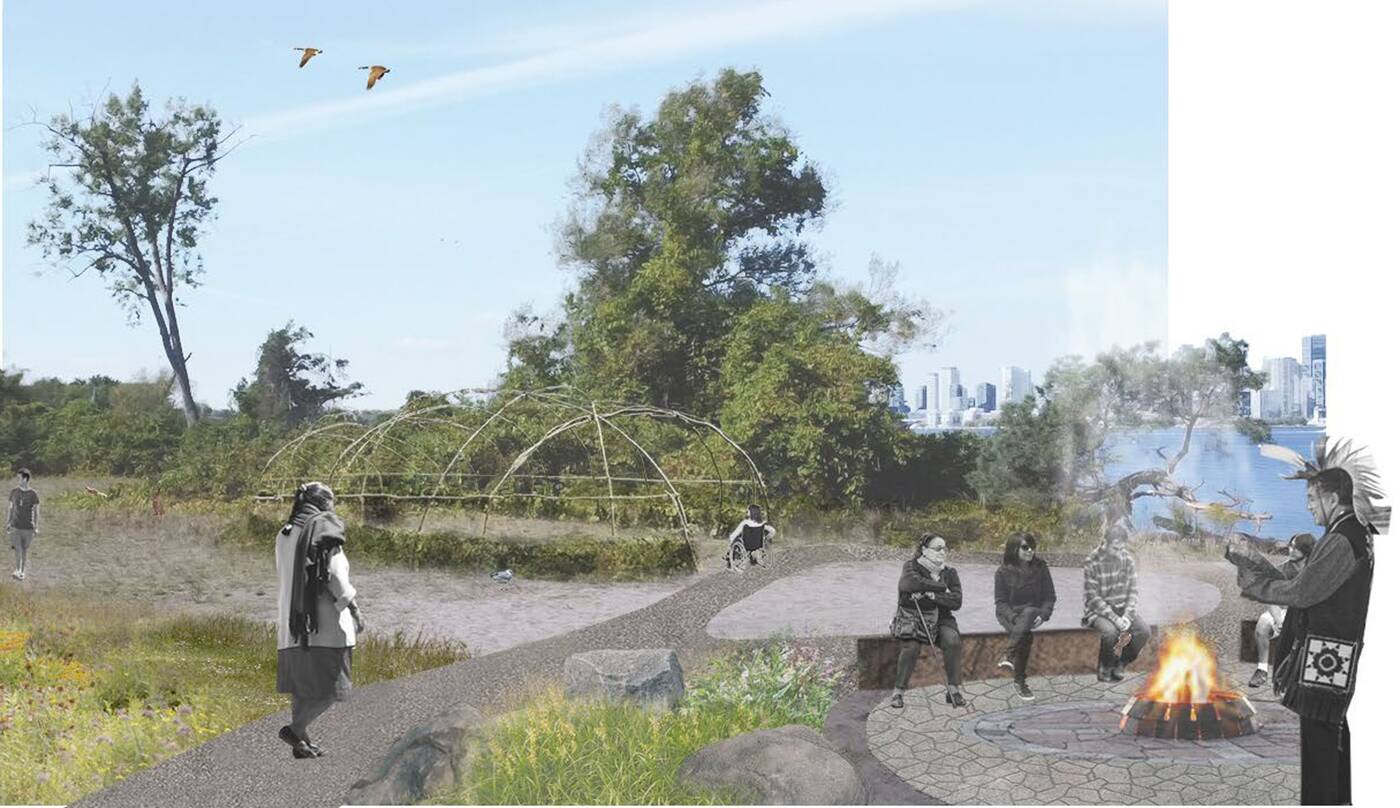 Though Snake Island would not be on the attractions list for the broader public, the Master Plan does propose several flexible community and event spaces, including new amenities on Olympic Island, Centre Landing and Gibraltar Point.

Spaces will offer opportunities for arts and cultural performances, and year-round potential for Indigenous businesses and artisans to sell goods like artwork and food. 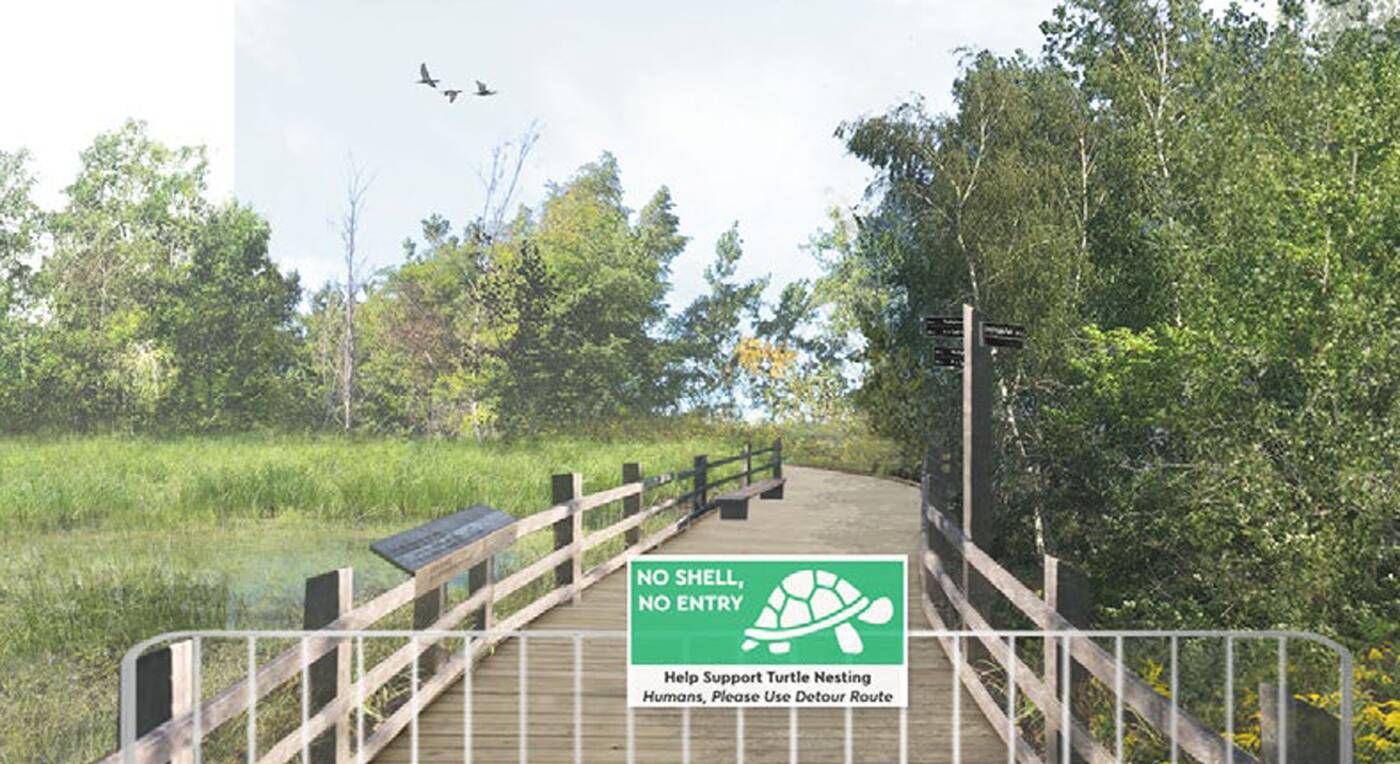 But one of the largest barriers to transforming the Island into a four-season experience is the current lack of frequent ferry service outside of the peak summer season. 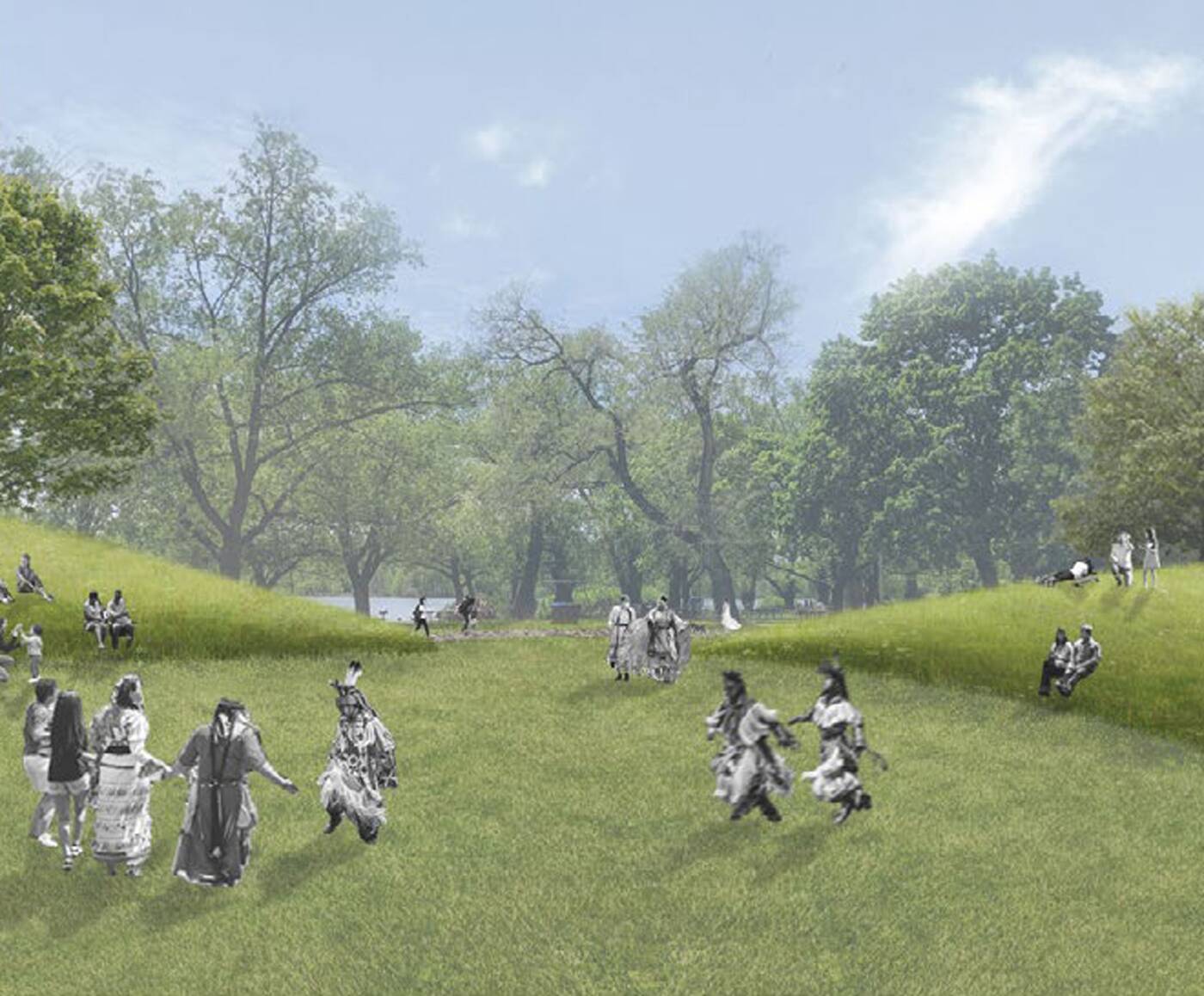 This issue came up in late October, when a warm spell had hundreds queuing to pack onto lower-capacity ferries in order to visit the park.

The City admits it will need to upgrade service to Centre Island and Ward's Island and add winterized facilities to support making the Island an all-year destination.

Supporting this intent, the plan contemplates improvements to ferry docks, including a reconfigured Ward's Landing proposed to include a weather shelter and the possibility of docking space for small non-motorized watercraft.

You can learn more about the ongoing third phase of the Master Plan process on the City of Toronto's page for the project.