Toronto Island is one of the city's most cherished and beloved places, holding both nostalgic and sentimental value for countless residents — and now there's a plan in the works to make it even better.

The City of Toronto is currently developing a master plan (a strategic document that will "establish a new vision for the park and guide future improvements") for the island following flood-related damages that have occurred over the past few years, and the project kickoff has just begun.

"Toronto Island has always played an important role in the history of Toronto and the lives of the people who have lived here — first to the Mississaugas of the Credit as a place for ceremonial gathering and healing, and then as an important refuge from the respite of the hustle and bustle of the big city on the other side of the bay," wrote the City about the Island.

"Population growth, especially downtown, is leading to increased demands on the city's waterfront parks, including Toronto Island Park. With growth, the pressure for park space increases and the significance and importance of Toronto Island Park is heightened."

The first step in a two-year-long collaborative engagement process, through which the master plan is being created, is the launch of Island Stories, a collective storytelling project meant to capture the unique ways people experience Toronto Island.

The City is collecting stories, art, videos and posts about what the island means to residents to ensure that the future vision for the park is inclusive and equitable.

Some of these stories can be found online, and residents can share their own stories by submitting them to the City or putting them on social media with the hashtag #IslandStories.

Following the completion of the storytelling project, the City will conduct a background review and analysis in the fall, and the final master plan is expected to be completed in spring/summer 2022. 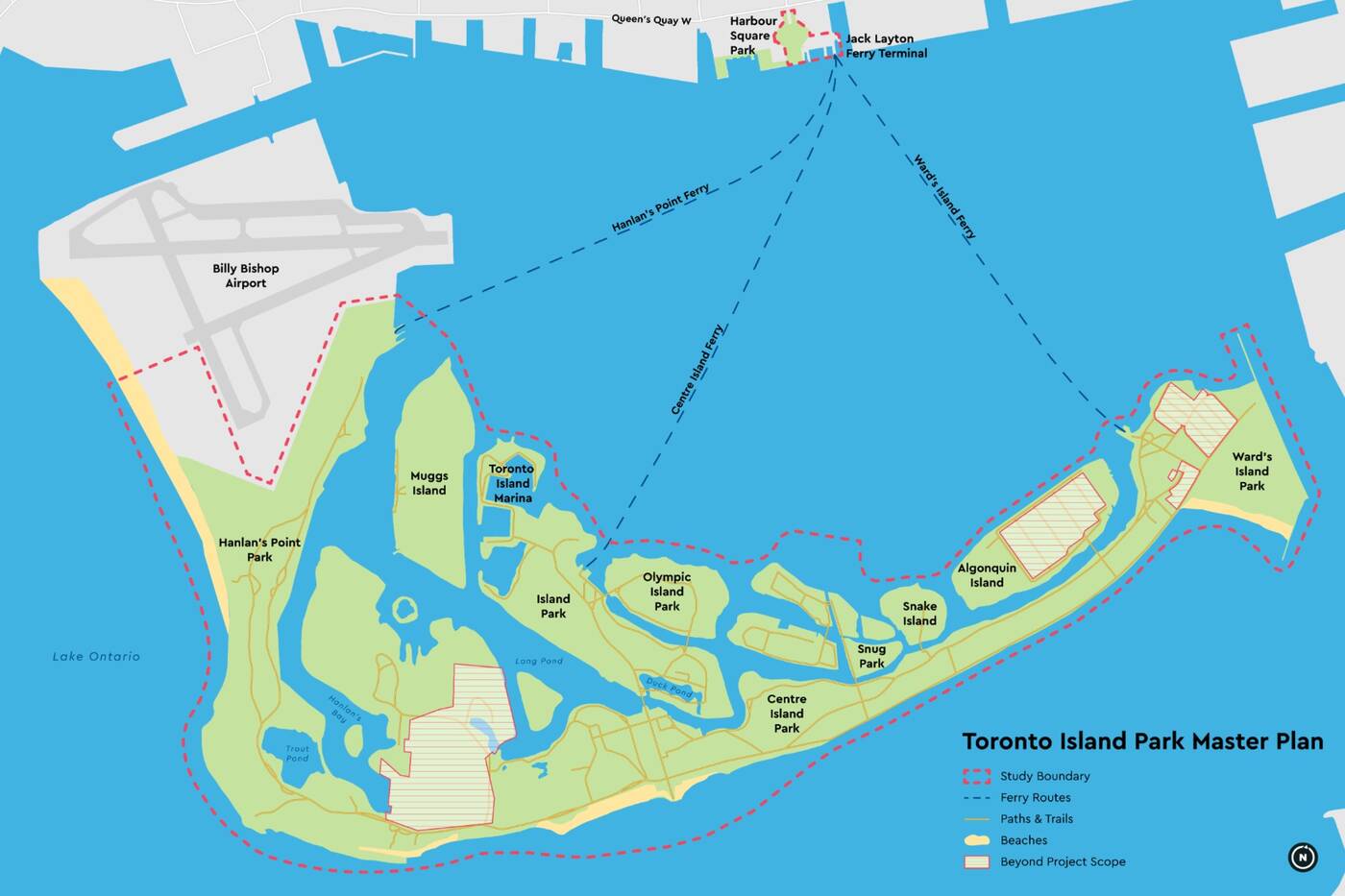 The study area for the Toronto Island Park master plan

According to City staff, the plan is being created with eight main objectives for what Toronto Island should become:

The City says nearly 1.5 million people visit Toronto Island Park annually to get a taste of its beaches, amusement park, marinas, clubs, nature trails, schools, cultural places, and events, and the number of users is only increasing.

The new vision for the park will include improvements to the user experience, equitable and four-season access for all, improved connections to the larger parkland network, future improvements to park programs amenities to ensure the Island Park's ongoing success, and more.

"There are greater demands for services and amenities, and increased expectations around programming and events. Increased use also results in greater environmental impacts and operational demands. And recent flooding caused by high lake levels in 2017 and again in 2019 have impacted park facilities and amenities, eroded the shoreline, and washed away beaches," said the City.

"Most recently, the pandemic has put a magnifying glass on the importance of Toronto Island Park and has created new pressures on the City to ensure the park is safe and accessible to everyone so that it can continue to be a place that promotes health and wellbeing," they continued.

"These pressures point to the need for a new Master Plan for Toronto Island Park."