Nearly half of the Toronto Islands Park is under water, which is why the city cancelled all Island park permits until June 30 and continues to urge Torontonians to stay on the mainland as water levels continue to rise.

Life on the Islands continues, albeit with thousands of sandbags and pumps running 24-7. Local businesses, however, are currently treading water, especially on the eve of the first big warm weather long weekend.

"It’s the first time we haven’t been able to open on Victoria Day weekend," says Shawnda Walker, the director of marketing at Centreville Theme Park. Centreville employs between 300 to 400 students and young people each summer, and they're currently unable to work.

Much of the children's amusement park has been spared, except for the train tracks and some animal pens and barns. On Thursday, the animals were moved to the Beasley family farm (the Beasley family runs Centreville) in Schomberg, Ontario. 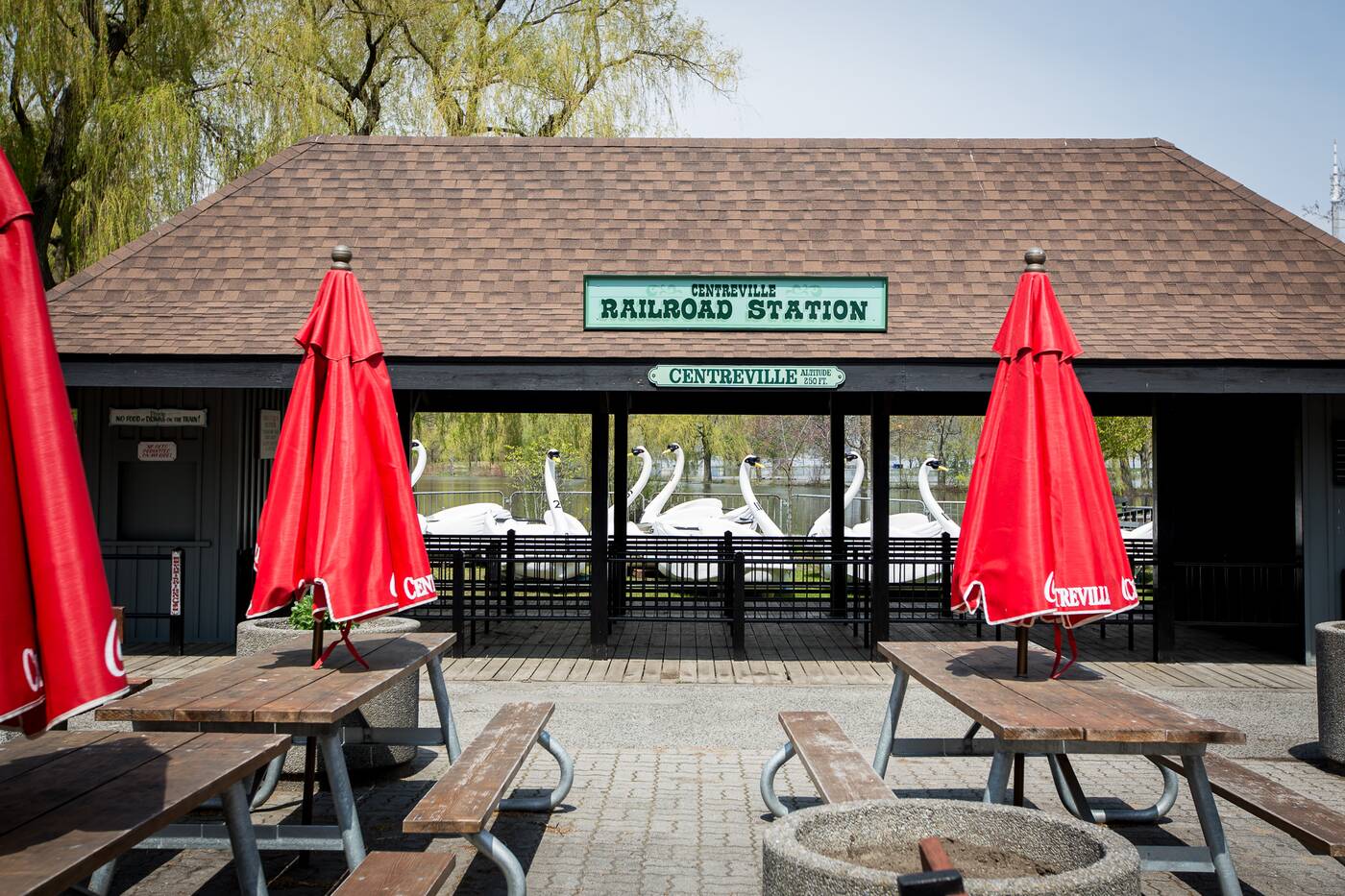 Walker, however, remains optimistic and hopes Centreville will be able to be up and running within the next few weeks. Zorah Freeman-McIntyre, a co-owner at the Island Cafe, is also hopeful, but cautiously so.

"This weekend is traditionally the weekend when the island really opens up," he says. "So really, this weekend is going to be the test of whether businesses survive without regular ferry service, without people being allowed over."

Already, he's had to let go of 10 employees and can't provide his remaining staff with regular hours right now.

However, he's still planning to run the cafe's music series and hopes Torontonians will make it over to this island this summer. 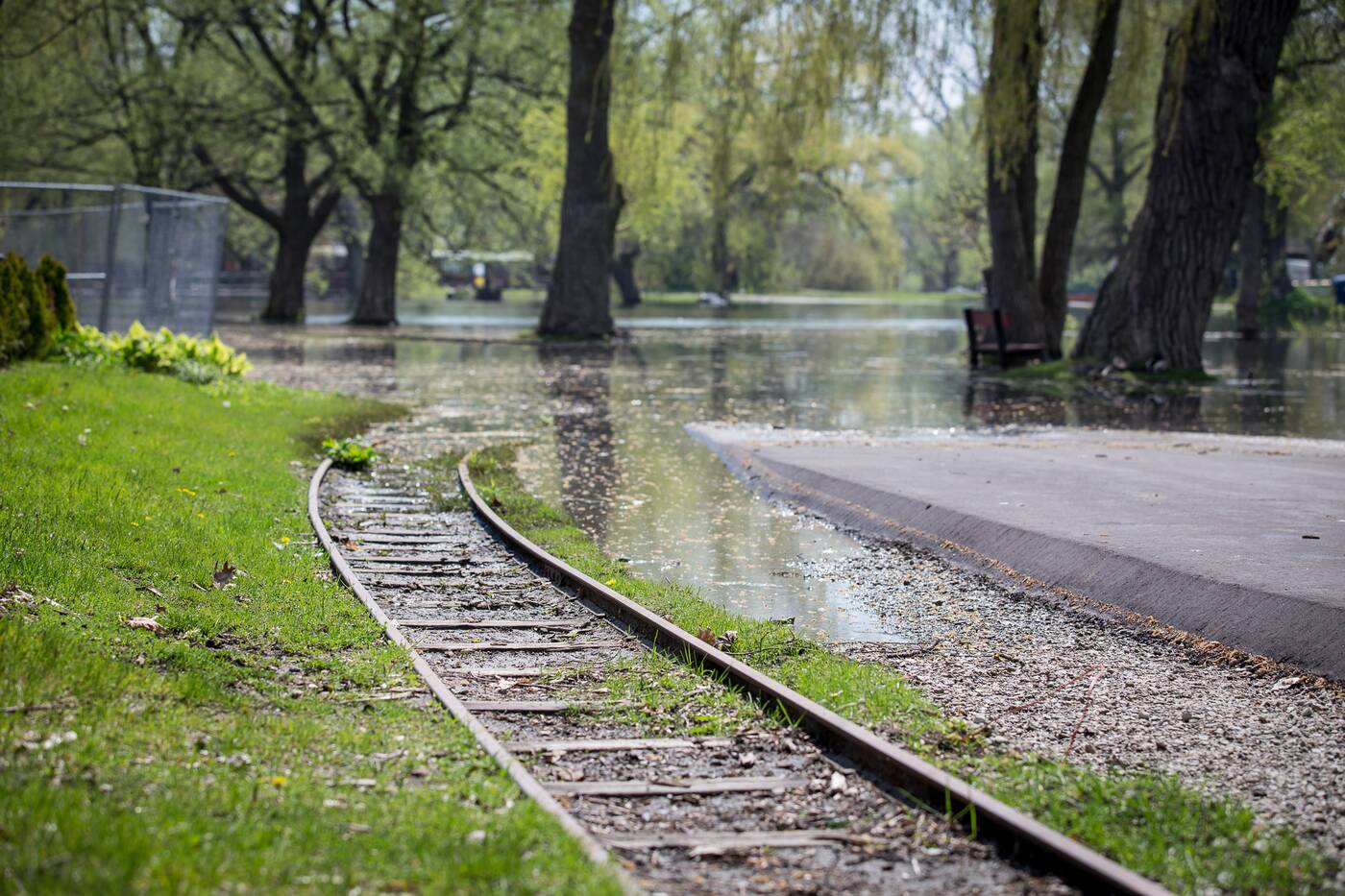 Longterm resident Linda Rosenbaum was planning to launch a new Ward's Island walking tour business with another Islander this summer. Now, those tours are on hold.

She says everyone's been affected differently, but the community's been rallying together. Last week, they held potluck lunches at Ward's Island Recreation Association Clubhouse with lots of homemade soups, stews and baked goods for the various personnel working to help protect the Islands.

Some of her neighbours recall when the Islands flooded in the 1970s - things haven't been this bad since then.

"People remember it and they have stories about carp getting stuck in their bicycle spokes," she says, noting how she didn't really believe them until she saw fish spawning all over, including at the Hanlan's Point baseball diamond.

While she knows Islanders are resilient, she isn't sure what the former peninsula - which became a series of islands after a storm in 1858 - will look like once the water recedes. 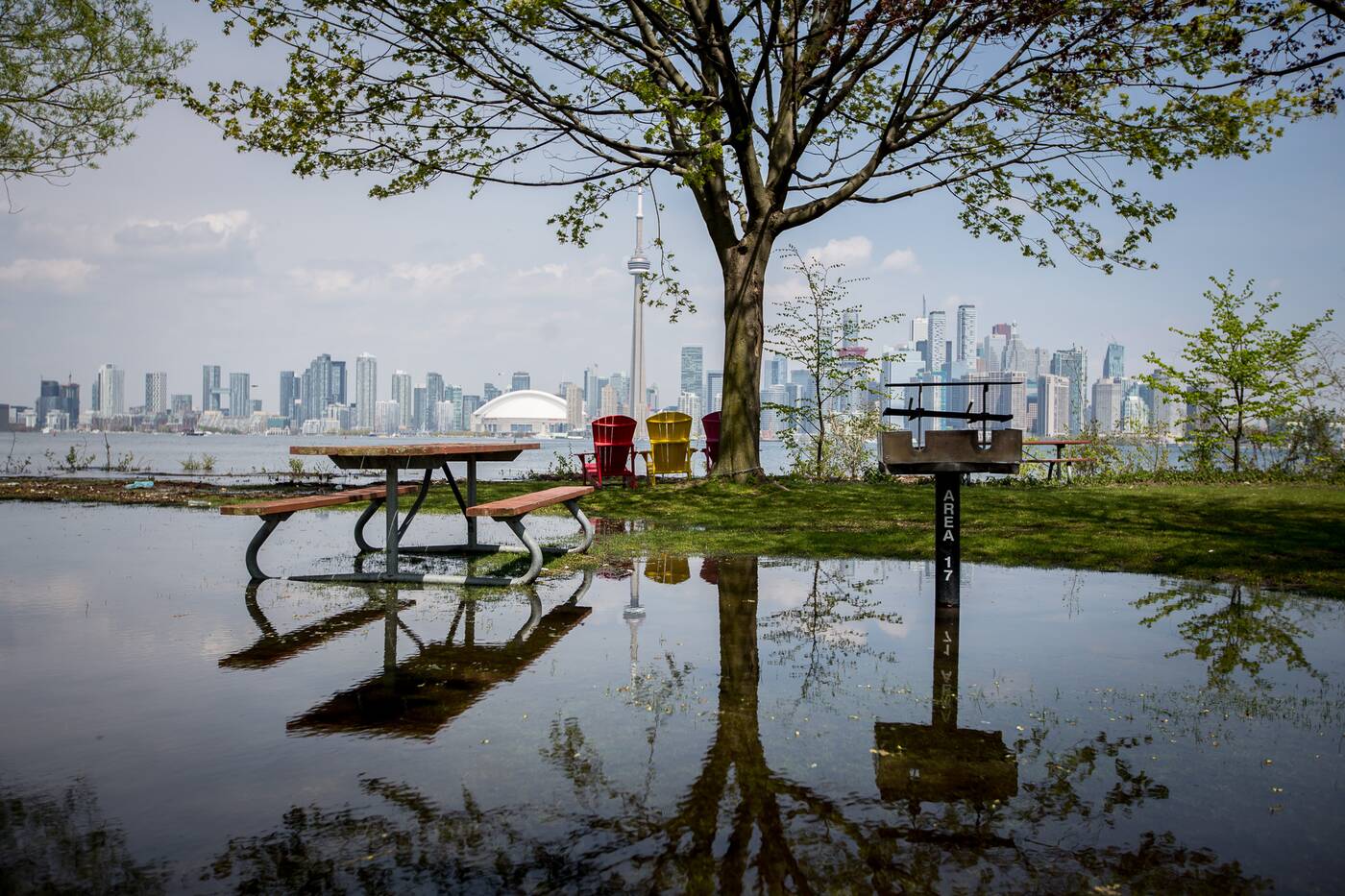 "The Islands are never going to look the same again because there are areas that have just been washed away."

Perhaps we'll all get a peek if it's business as usual on July 1.