Victoria Day is the oldest official holiday in the Canadian calendar, instituted before Confederation. First declared in 1845, it was celebrated every May 24th until Queen Victoria's death in 1901.

The following year, they continued the holiday but it was to honour the Queen’s son, King Edward VII, even though he was born in the month of November. This continued until his death eight years later, when May 24 was rededicated to his mother, and just to drive the imperial message home, the day before became Empire Day.

So this is how it went on Empire Day and Victoria Day, 1922. 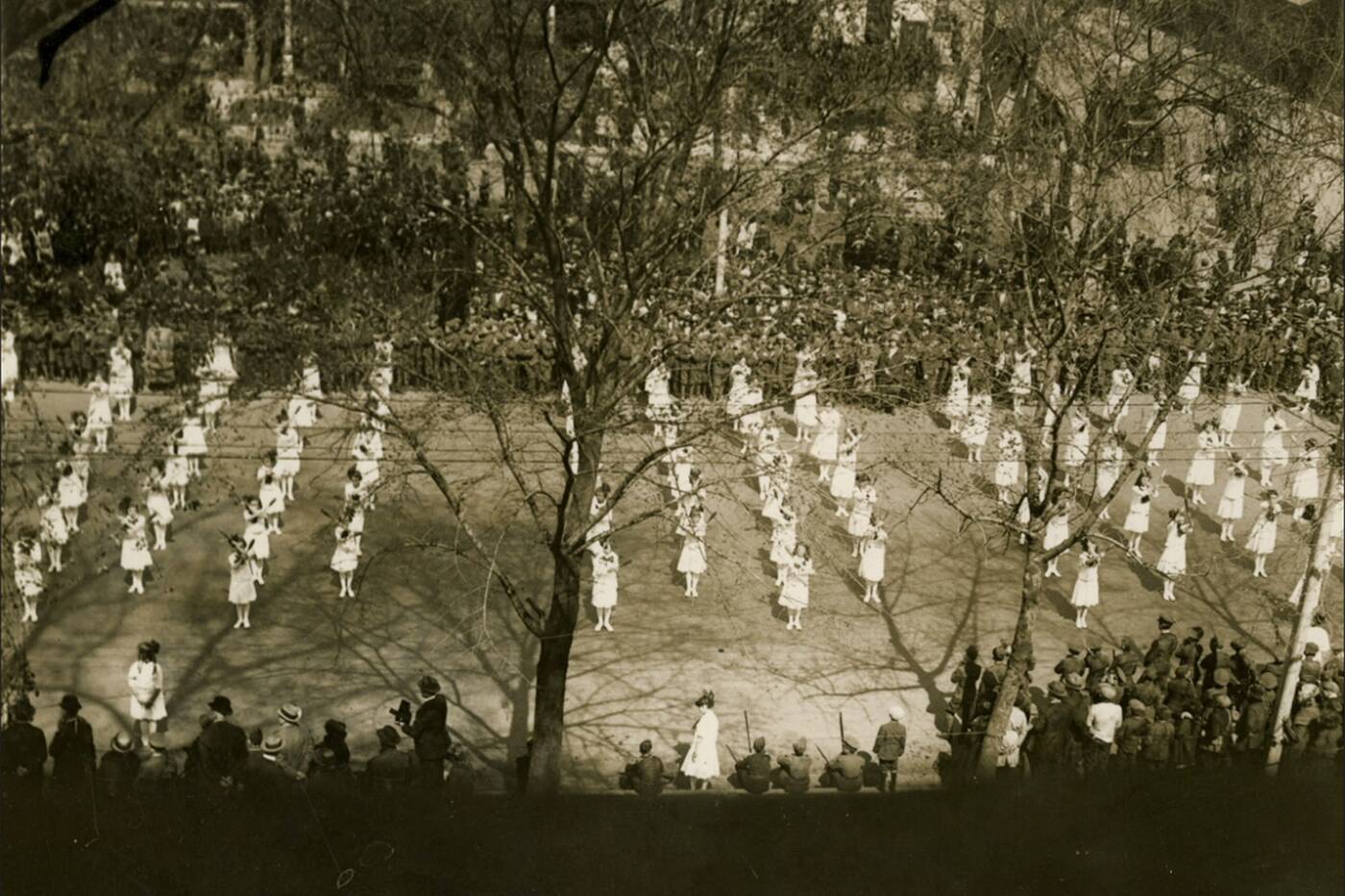 It was Empire Day in the schools that children would learn about the ideals of the British Empire. Children would gaze intently at a map of the world depicting the far-flung Empire vividly in red.

Many schools began the day with outdoor pageants in parks, schoolyards or parade grounds. Wand drills and precision marching were important parts of the celebration. There was a Girl Guide procession on University Avenue, and the participants were attired in navy skirts and white blouses. 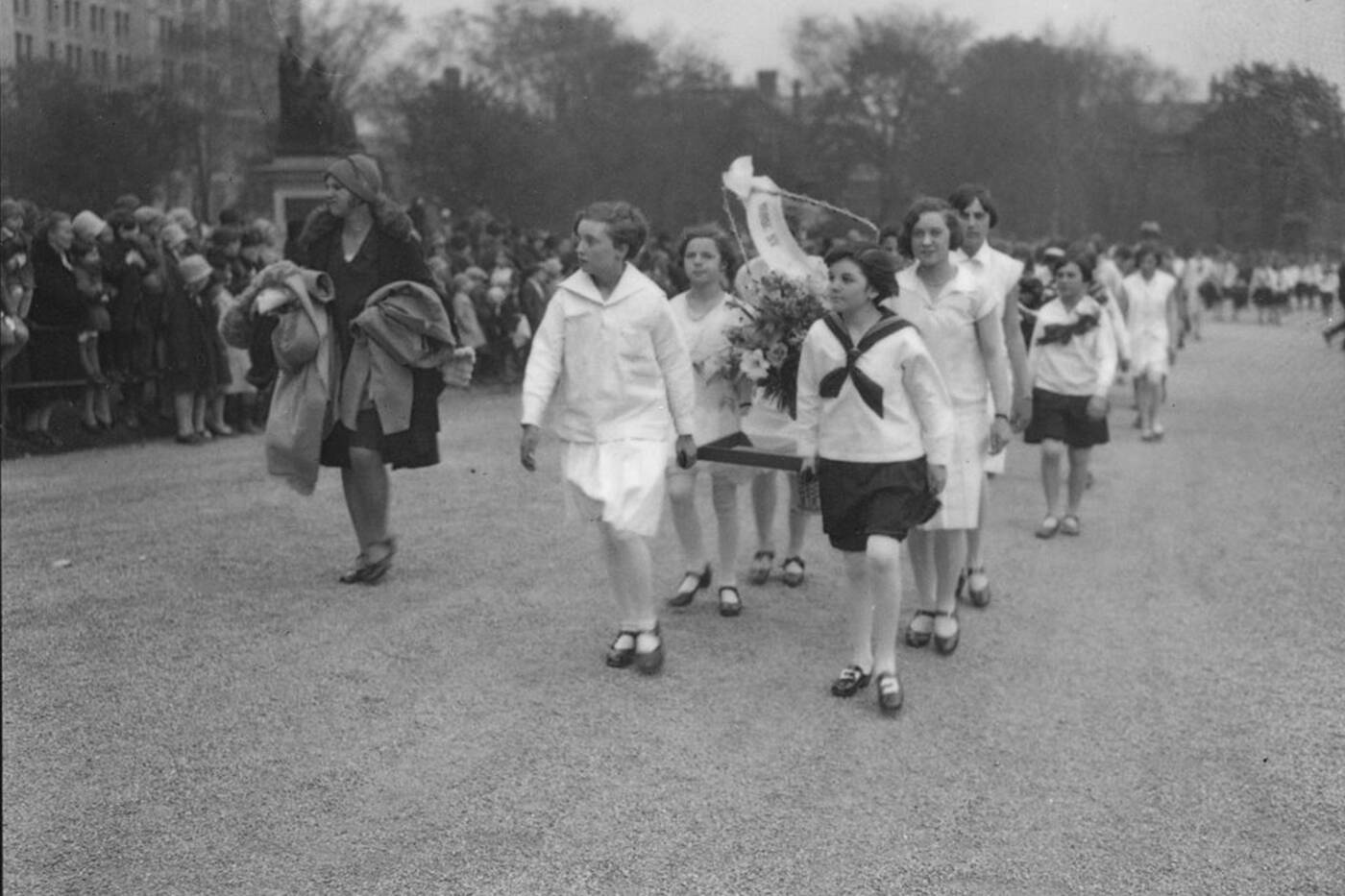 Empire Day parade, with Morse Street School students throwing a flower party on May 23, 1929. Photo by City of Toronto Archives.

When the parade arrived at Queen’s Park, marchers placed wreaths at the monument to Queen Victoria to the southeast of the legislative buildings. At the grandstand of the CNE, children performed in an all-school spectacular concert. There were also band programs in some of the parks and a military drill at Fort York.

The students of the Niagara Street School marched to the grounds where fallen soldiers of the War of 1812 had been buried—a small park at Wellington and Portland Streets. It had been created by Governor Simcoe as a cemetery in 1793—a burial ground for his infant daughter. Today, the park is called Victoria Memorial Square. 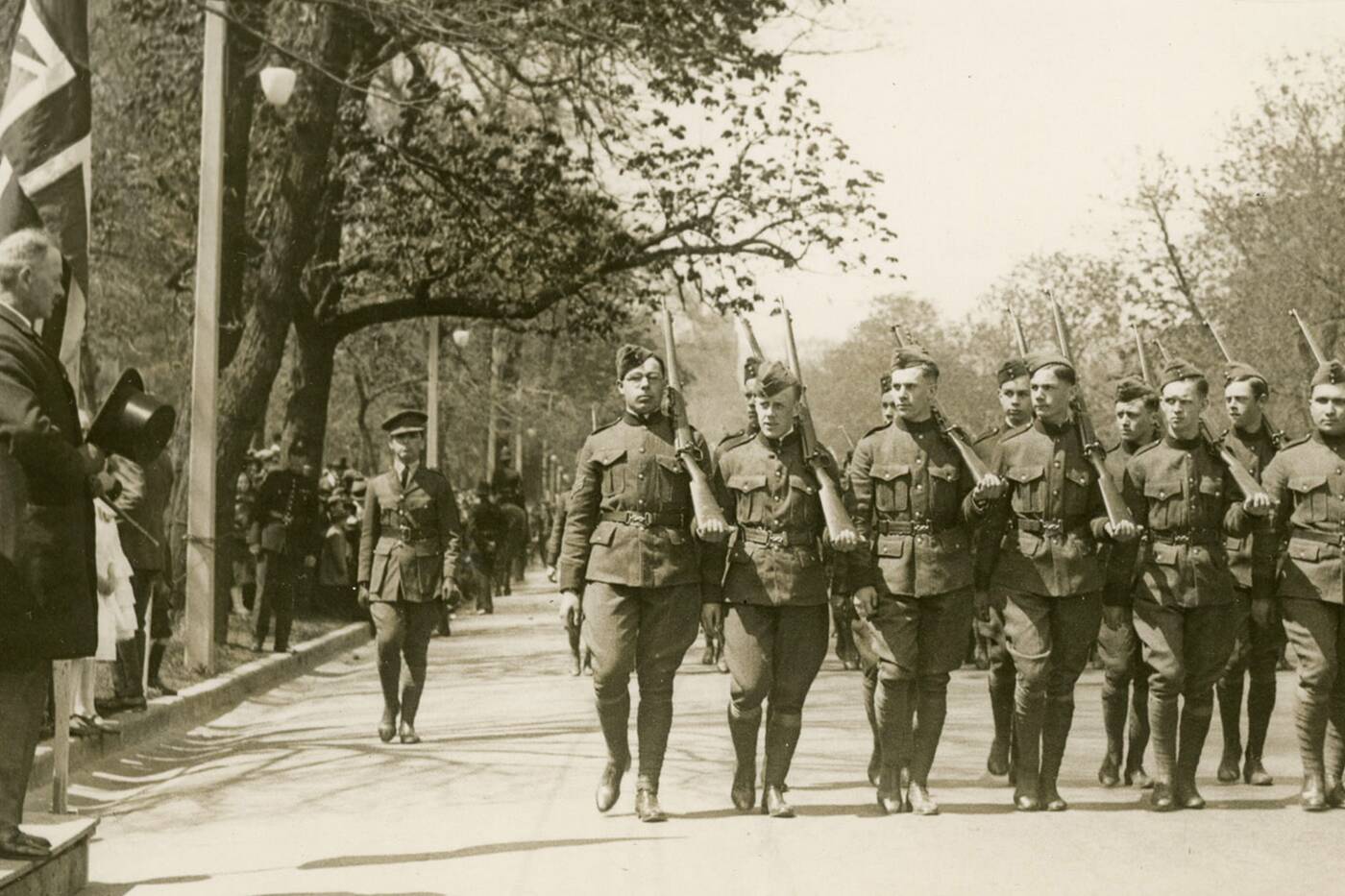 In this park, following the Empire Day ceremony, the principal dismissed the pupils. Screams of delight filled the air as the freed inmates raced excitedly from the scene, enthused that the following day would contain no reading, writing, or arithmetic. They chimed, with disrespectful glee, “No more teachers, no more books, no more teachers’ dirty looks!”

In the evening, at an Empire Day concert at Massey Hall, seven hundred schoolchildren performed the anthem “Rule Britannia.” The music soared majestically to the heights of the ornate ceiling of the great hall.

In the 1920s, Canadian identity was ill-defined, as British pride remained the dominant emotion. During the decades that followed, truly Canadian sentiments would increasingly ring out across the dominion.

The following day was 24 May, Victoria Day, which most children referred to as “Firecracker Day.” Though the Queen had been dead for 21 years, Canadians had not forgotten her. 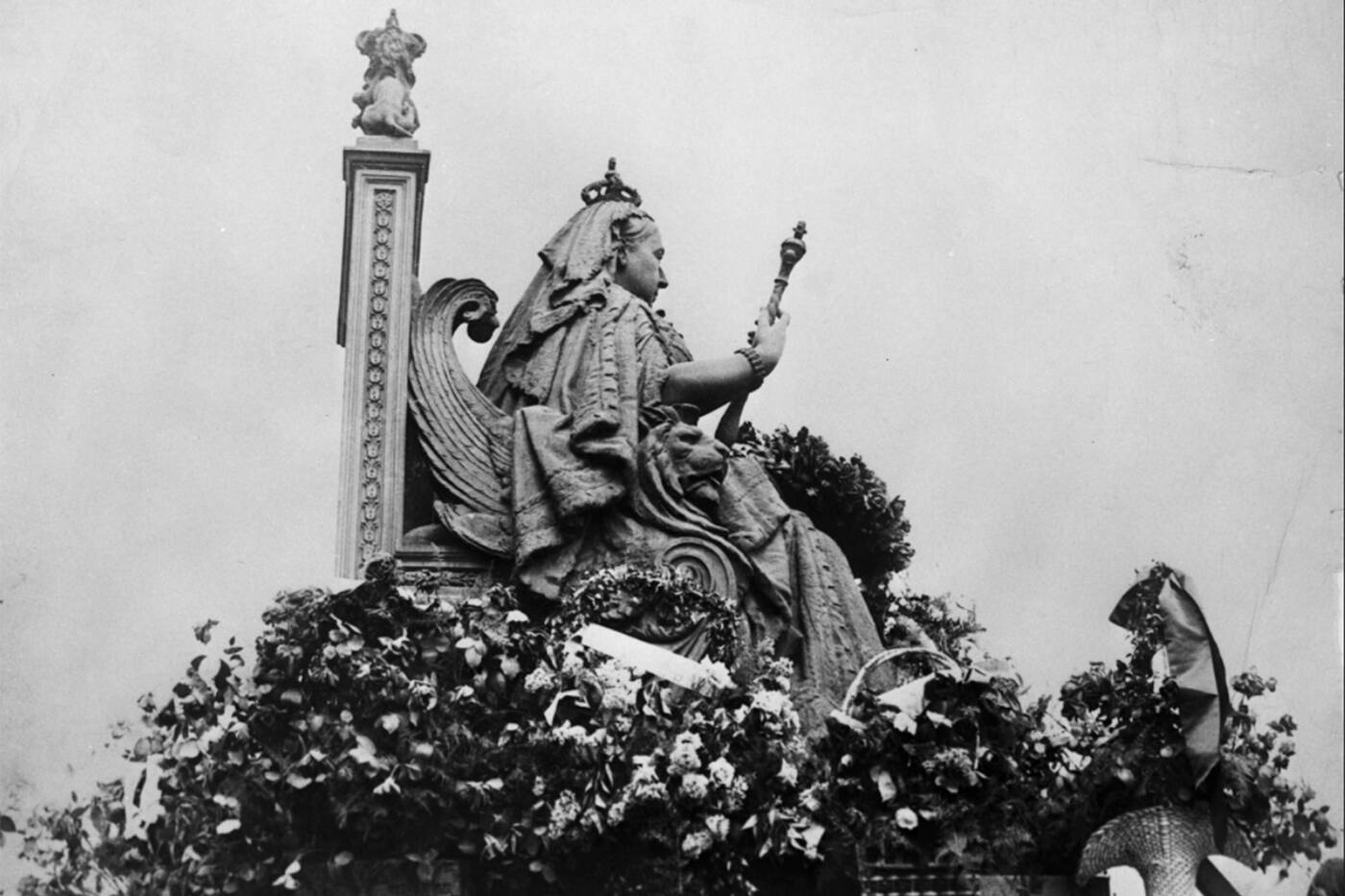 Statue of Queen Victoria in 1913, located east of the Parliament buildings in Queen's Park. Photo by Toronto Public Library Archives.

Victoria Day was not an occasion for grand parades and festivals, but a quiet day for family activities. It also provided an opportunity to plant gardens, to prepare lawns for the forthcoming season, or to have a picnic. People flocked to High Park, the Humber and Don River Valleys, Kew Gardens, Sunnyside and the Toronto Islands.

The entire lakeside was crowded, from Scarborough Beach in the east to Long Branch in the west. Sunburn, gritty sandwiches, overexcited youngsters, slopped lemonade and dripping ice cream cones led to many irritated parents.

For the children, however, it all marked the beginning of the true summer, strong and free.

Doug Taylor was a teacher, historian, author and artist who wrote extensively about Toronto history on tayloronhistory.com. This article first appeared on his site on May 15, 2012 and has been republished here with the permission of his estate. The article has been modified slightly.