This Toronto statue has been half way around the world

A bronze equestrian statue of King Edward VII in full military regalia, his helmet held casually at his side, stands proud in the centre of Queen's Park, its five-ton weight perched atop a small earth mound and stone plinth. Though his short reign ended with his death in 1910, the monument has only been in Toronto, a place it was never meant to see, since 1969.

Originally a coronation gift from the people of India, the statue is perhaps Toronto's greatest re-gifted possession. 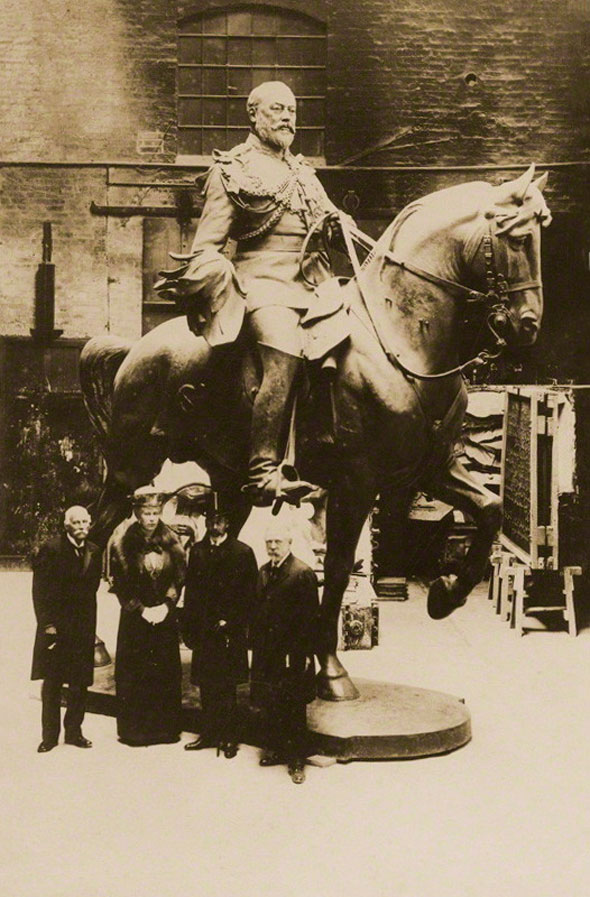 Designed by popular Victorian sculptor Thomas Brock in England, the statue was shipped to Delhi in India - then still a part of the British empire - as a coronation gift from the city to new king George V shortly after the death of his father, the monarch on the horse.

The statue stood beside several monuments in the city's Coronation Park, the site of the 1911 Delhi Durbar celebration that commemorated Edward's ascension to the throne. At that event, the new king announced the city would become the new capital of India.

When British rule ended in 1947, the country began the slow process of removing conspicuous evidence of its colonial past. Many of the statues in Coronation Park were taken down and dismantled.

The statue was boxed up and would have faced an uncertain future if it weren't for local insurance executive and art collector Harry R. Jackman, who had the statue shipped to Toronto at a personal cost of $10,000. 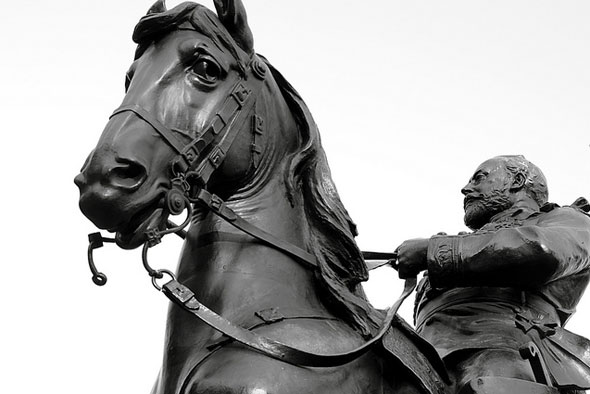 The city spent several weeks debating what to do with the "gift," which was projected to cost $25,000 to erect, before setting on its current location in Queen's Park. Dissenting voices claimed the money would have been better spent on a commission from a Canadian artist and one councillor went as far as suggesting the 60-year-old horse be used as children's climbing frame.

The Royal Ontario Museum and Art Gallery of Ontario rejected the chance to add the piece to their own collections.

And so it was that a statue of King Edward VII and his horse wound up in the park behind Ontario's legislature, more than 11,000 kilometres away from its intended destination in a country a little more sympathetic to the royal family.