What University Avenue used to look like in Toronto

Although much wistful nostalgia is directed toward the formerly majestic and tree-lined Jarvis Street, the transformation of University Avenue over the years is probably worth a tear or two as well. It's not that the current iteration of University is particularly ugly — it isn't — but when you see what it used to look like, it's easy to wish that Hospital Row had a bit more character.

Formerly named College Avenue after its proximity to King's College (now U of T), at the turn of the century University Avenue was an almost rural-like road that ran from Queen Street to the newly completed provincial legislature (built in 1899). Originally lined with chestnut trees to provide a dramatic entrance to the university, the street was eventually widened and extended south of Queen in 1929, the same year that work on the iconic Canada Life Building got underway.

University Avenue was further widened in 1948 — as were many others in Toronto — but the street's initial character was at least partially maintained via its layout as a boulevard, with trees and various memorials used to divide north and southbound traffic. As was the case a century ago, Queen's Park still serves as the northern terminus of the street, though its visual prominence could be in danger.

Of the changes that have occurred on the street, none sting more than the loss of the stunning Toronto Armouries, which used to be located on the east side of University just north of Queen. Torn down in 1963 — during a period in which our municipal politicians struggled to comprehend the worth of heritage structures — the castle-like building was later replaced by the Provincial courthouse, a structure that no doubt adds to the general concrete feel of the street heading north to Dundas and Beyond.

Unlike Jarvis, University isn't a street crying out for re-beautification. Even if some bemoan the many bland facades that dot its passage between Front and College, the street undeniably retains a stature unmatched by any other in the city. 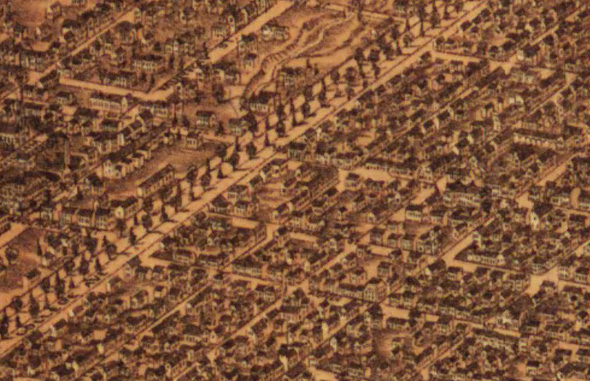 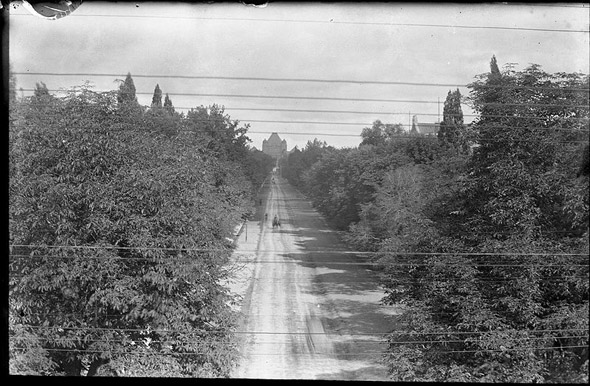 An almost rural-looking street in 1896 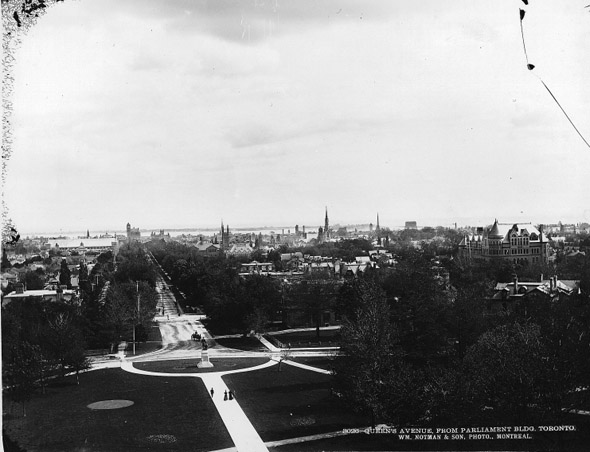 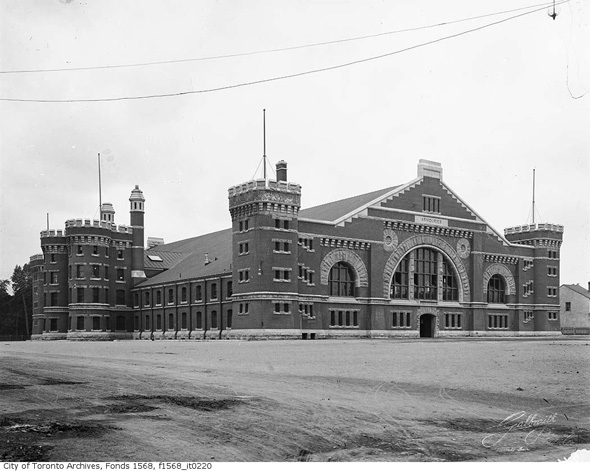 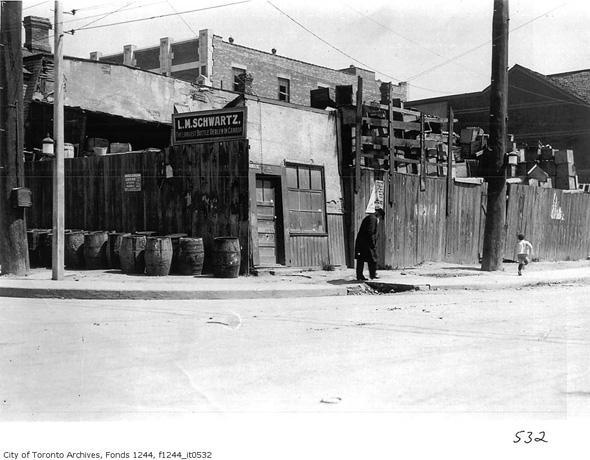 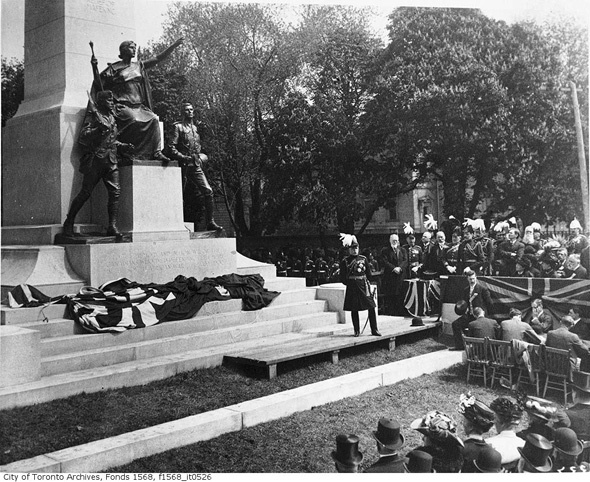 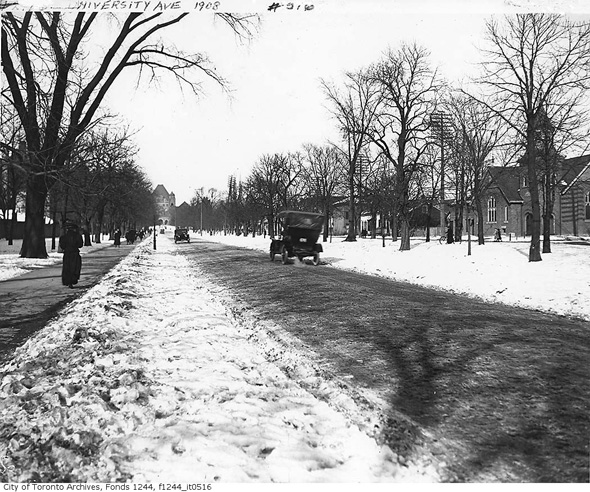 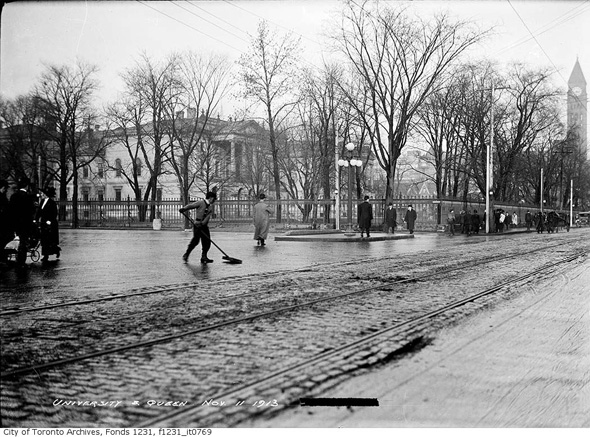 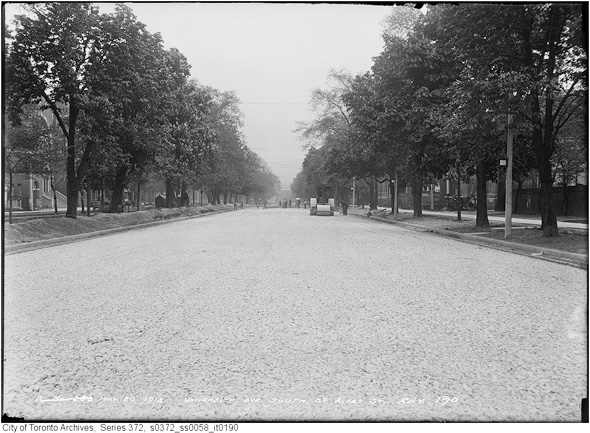 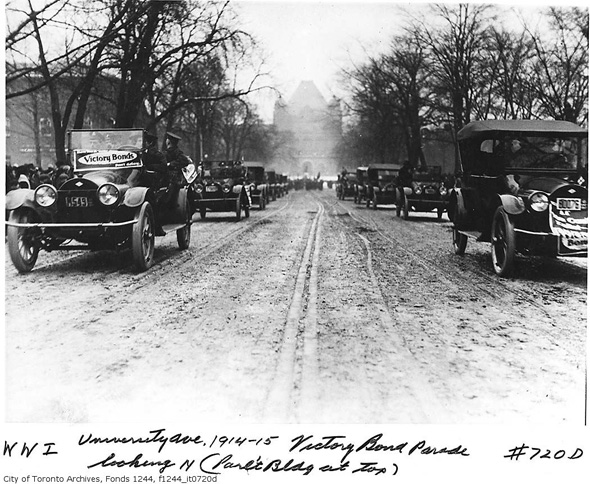 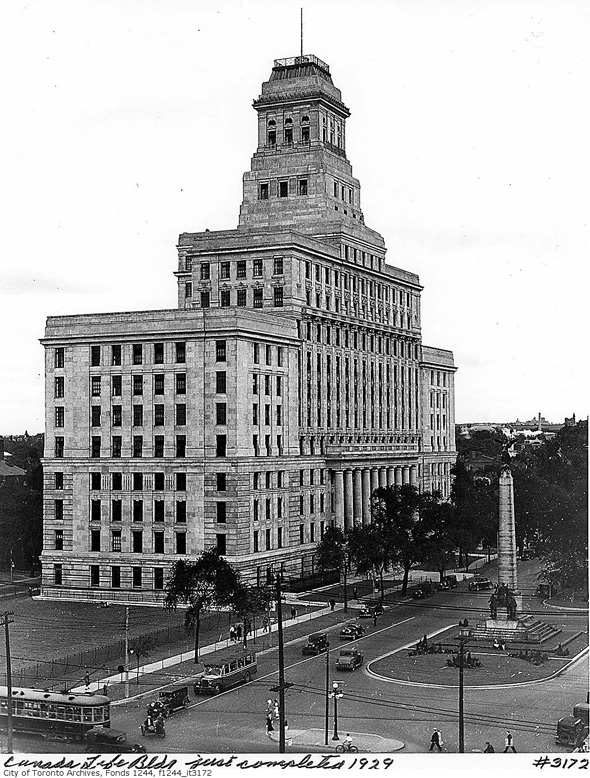 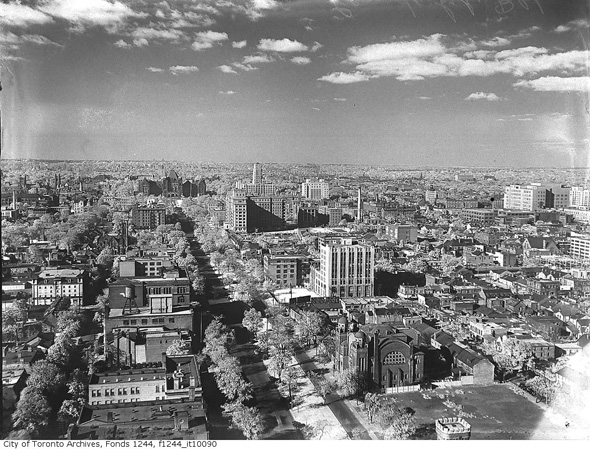 Looking north up University from the Canada Life Building, 1929 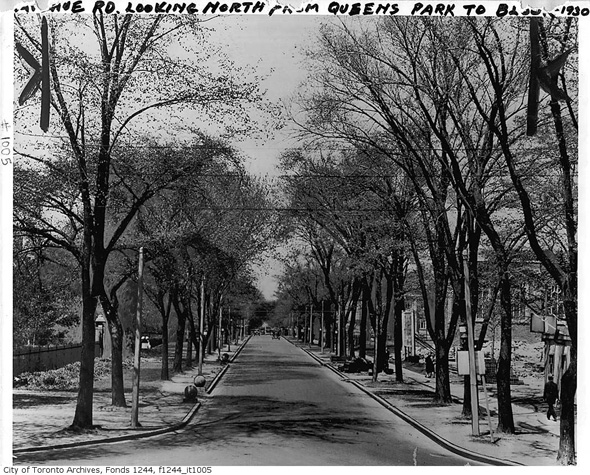 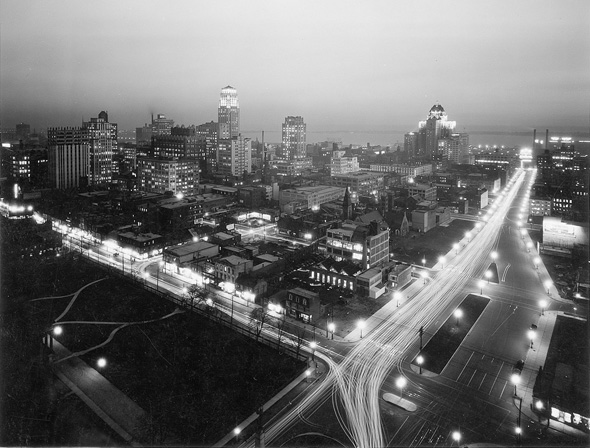 Looking southeast from the Canada Life Building at night, 1934 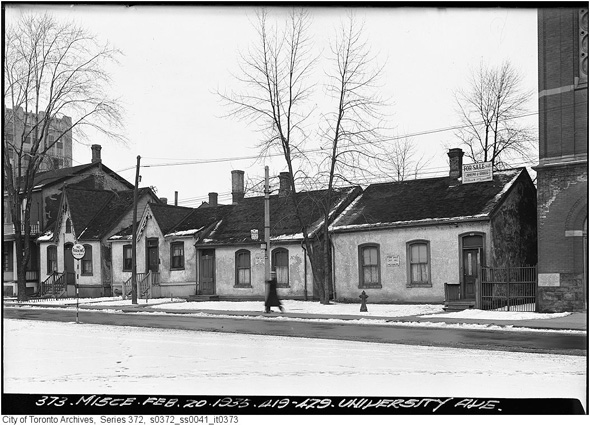 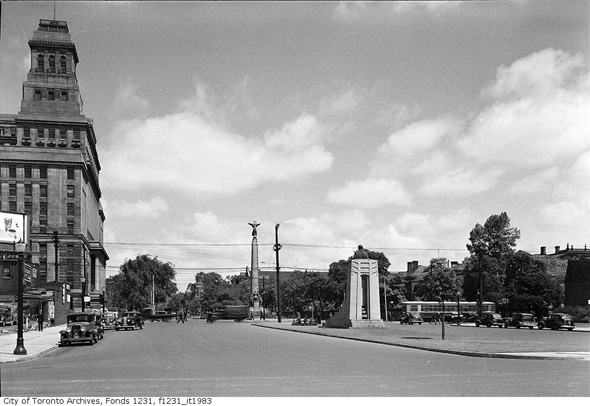 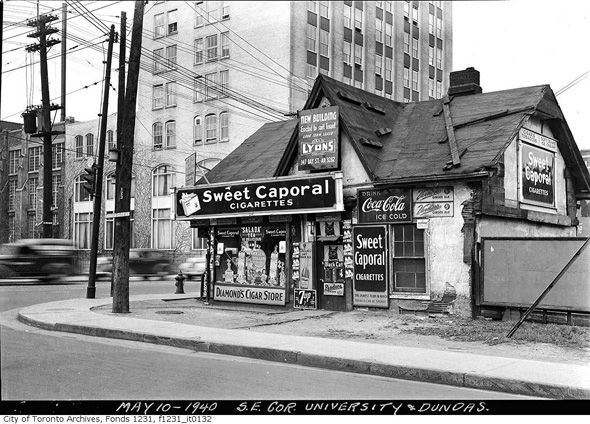 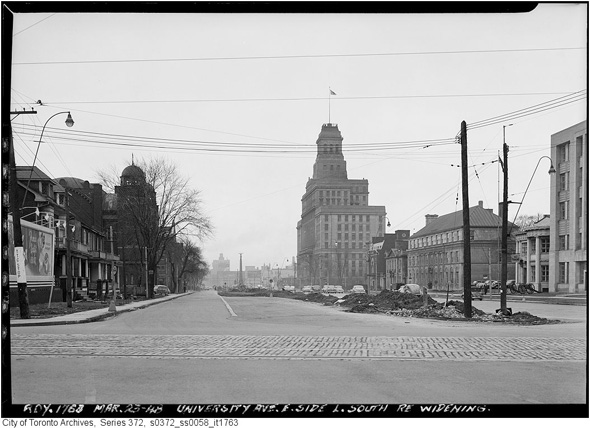 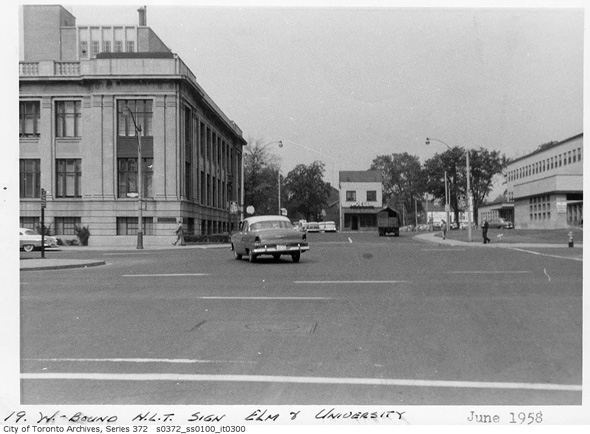 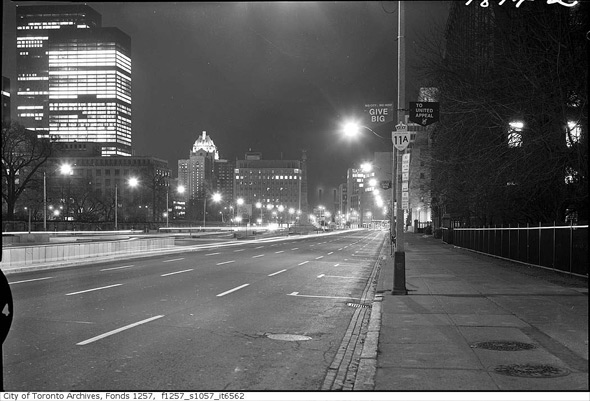