10 memorable things Toronto got this year

Toronto had its fair share of challenges this year with many places just struggling to stay in business. But as the lockdown restrictions eased, new projects continued and the city got some pretty cool new things in 2020.

Here are some memorable things Toronto got this year.

The journey of a new bridge for the Port Lands was almost as exciting as the bridge itself. The Cherry Street North bridge arrived in November after a long trip on a massive barge from Nova Scotia. People even followed the event on social media with #BridgeWatchTO. The bridge is one of two set to be installed side-by-side to connect Villiers Island. 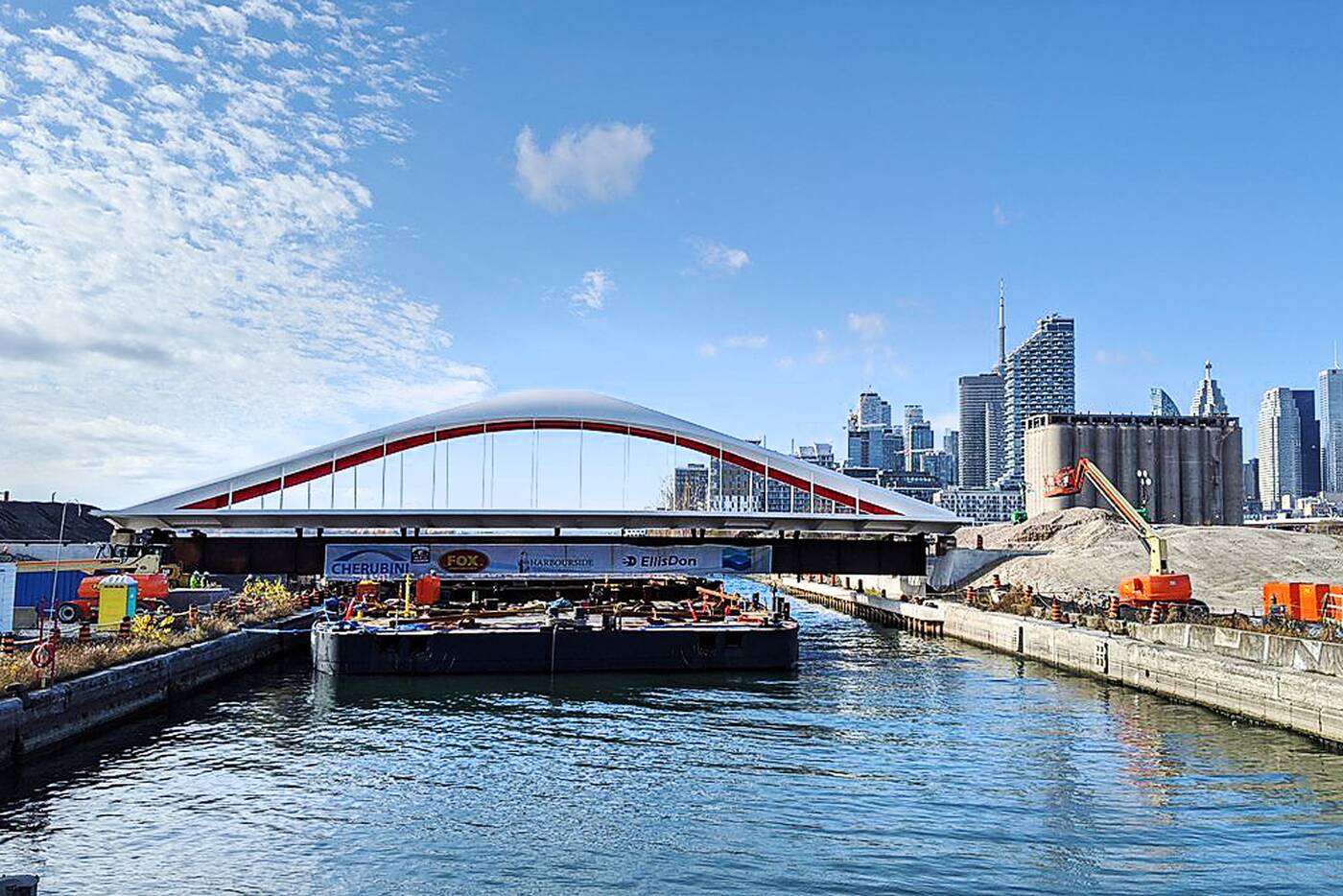 The Cherry Street bridge is lower into place at Villiers Island. Photo by @jetwashphotos

Toronto's optical illusion art piece, in the form of a human head, arrived in the Financial District in September. The art installation outside of the Richmond-Adelaide Centre was four years in the making from Spanish sculptor Jaume Plensa.

Titled Dreaming, the head's look and feel changes depending on where you are standing: from some angles, the head simply appears giant and somehow soft. From others, it throws you off, appearing weirdly tall and long, even angular. 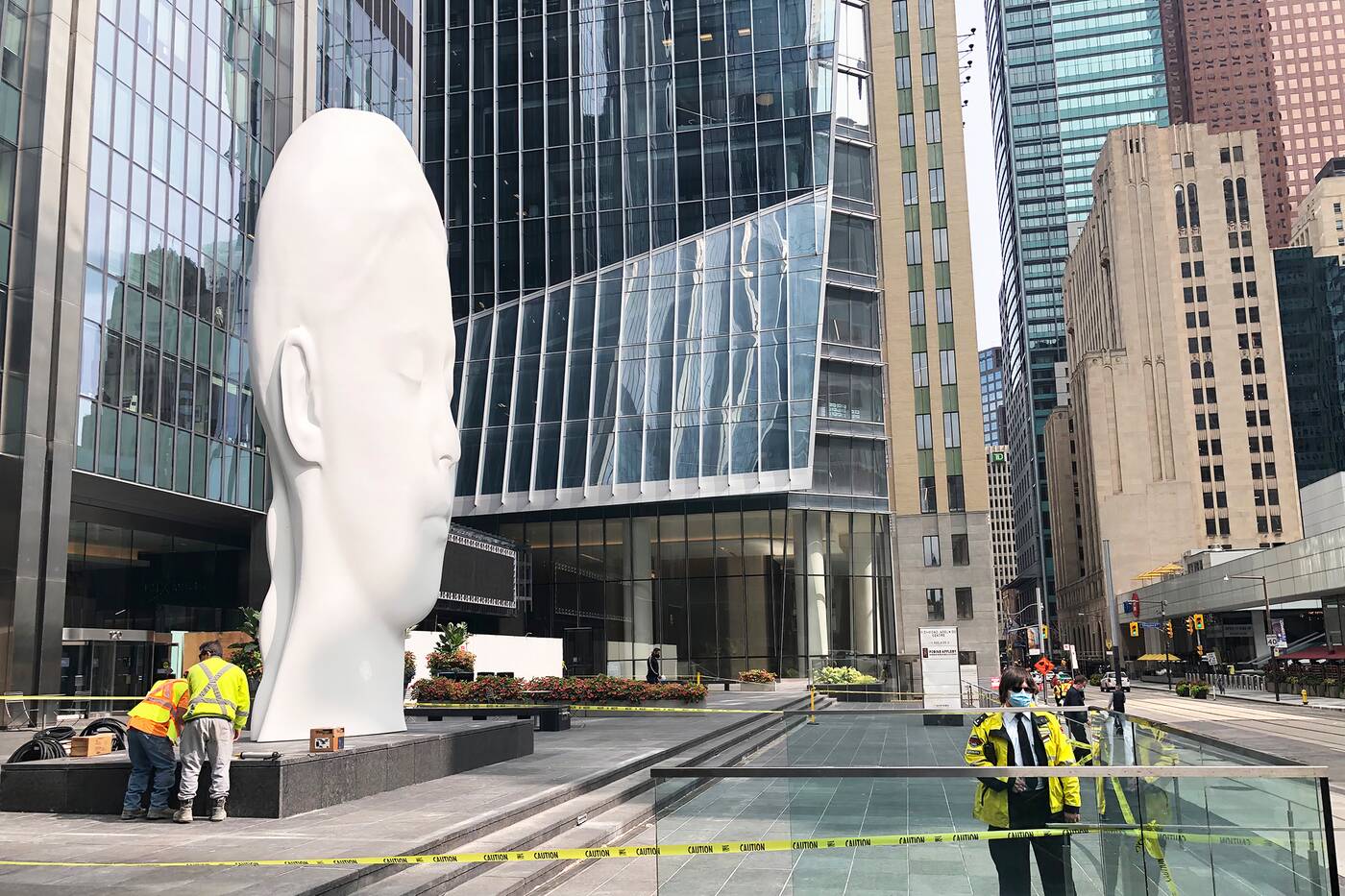 The giant head, called Dreaming, is in the Financial District. Photo by @BrownStorey

The new sign, unveiled in September, is a more durable replica of the original (installed in July 2015 for the Toronto 2015 Pan American/Parapan American Games). It is illuminated, stands 10-feet tall and features a designed vinyl wrap on the outer edges of its letters.

The first vinyl wrap on the outer edges of the letters was designed by Toronto artist Danilo McCallum and recognized the International Decade for People of African Descent. 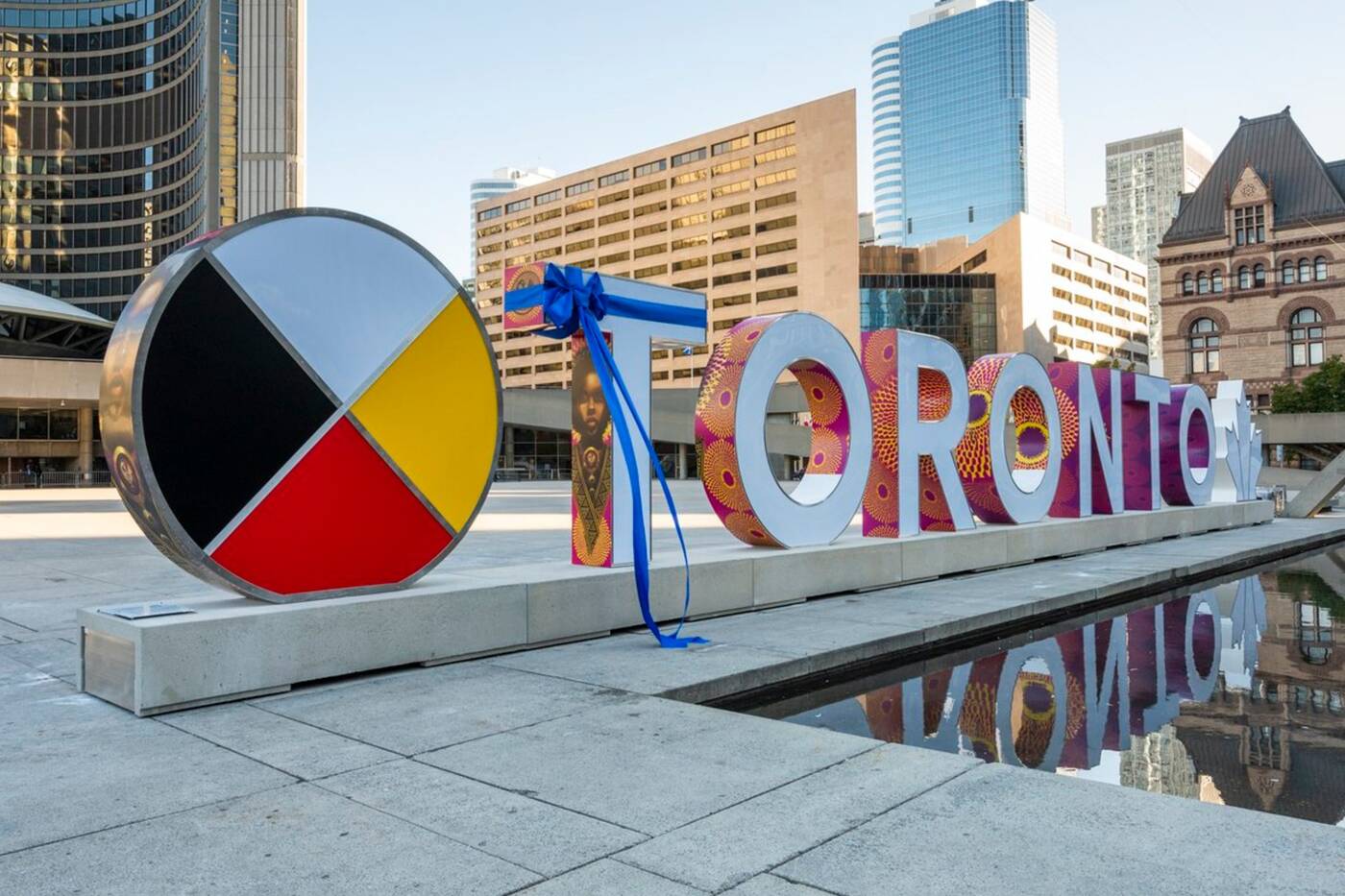 The new Toronto sign was unveiled in September.  Photo via City of Toronto Arts and Culture

Graffiti Alley was transformed by Toronto artists supporting the Black Lives Matter movement. In an initiative called "Paint the City Black," over 40 artists from the GTA and Montreal converged in Graffiti Alley.

Subjects of the murals include a panther curled around a globe with the Civil Rights slogan "All Power to the People," as well as Regis Korchinski-Paquet, George Floyd, Martin Luther King Jr. and Breonna Taylor. 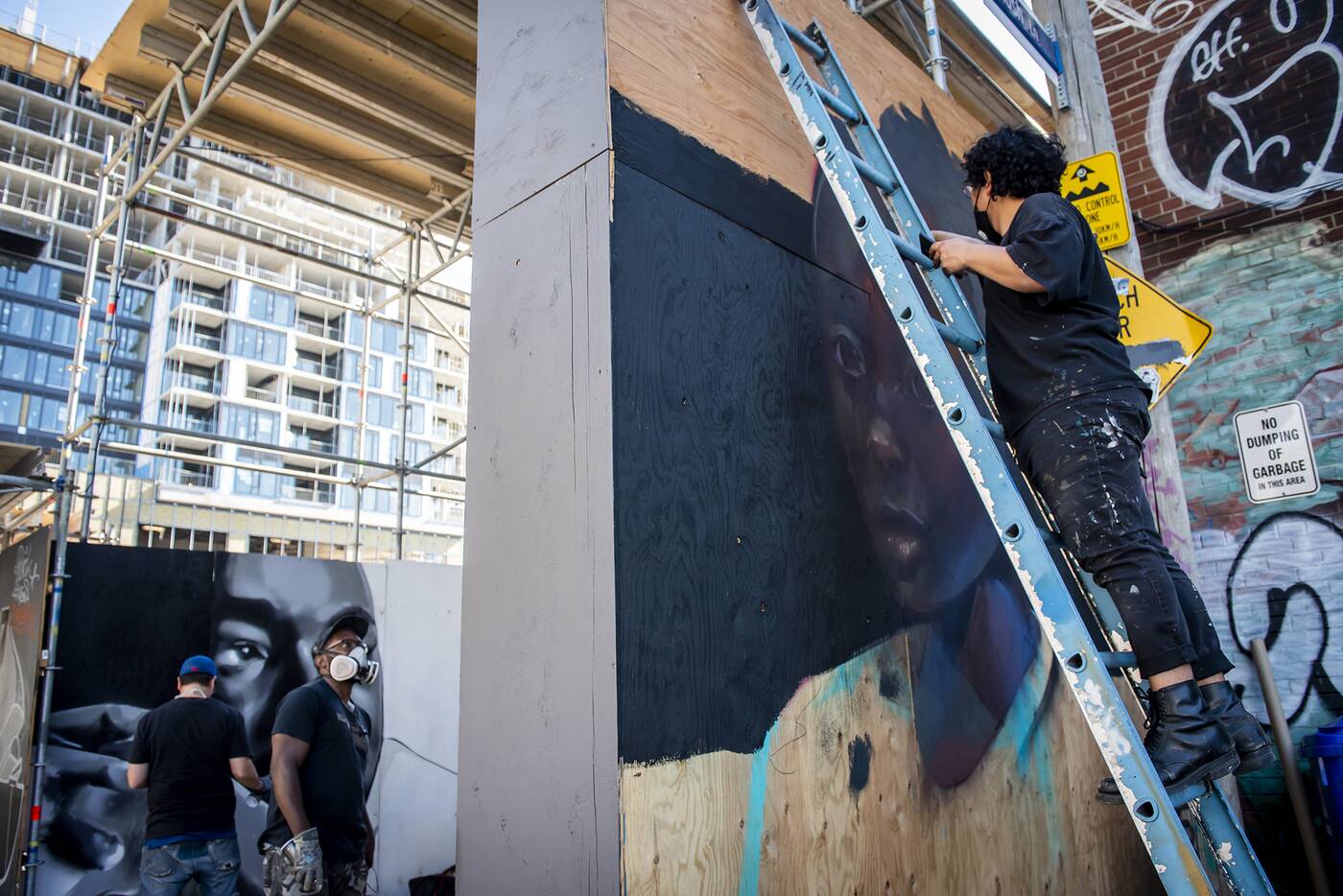 For those who love sweet treats, Hazukido opening its first North American location in Toronto was very welcome news. Located near Yonge and Dundas, the international bakery chain specializes in Japanese croissants. Actually, it's a Taiwanese company folding up French croissants, Japanese-style. 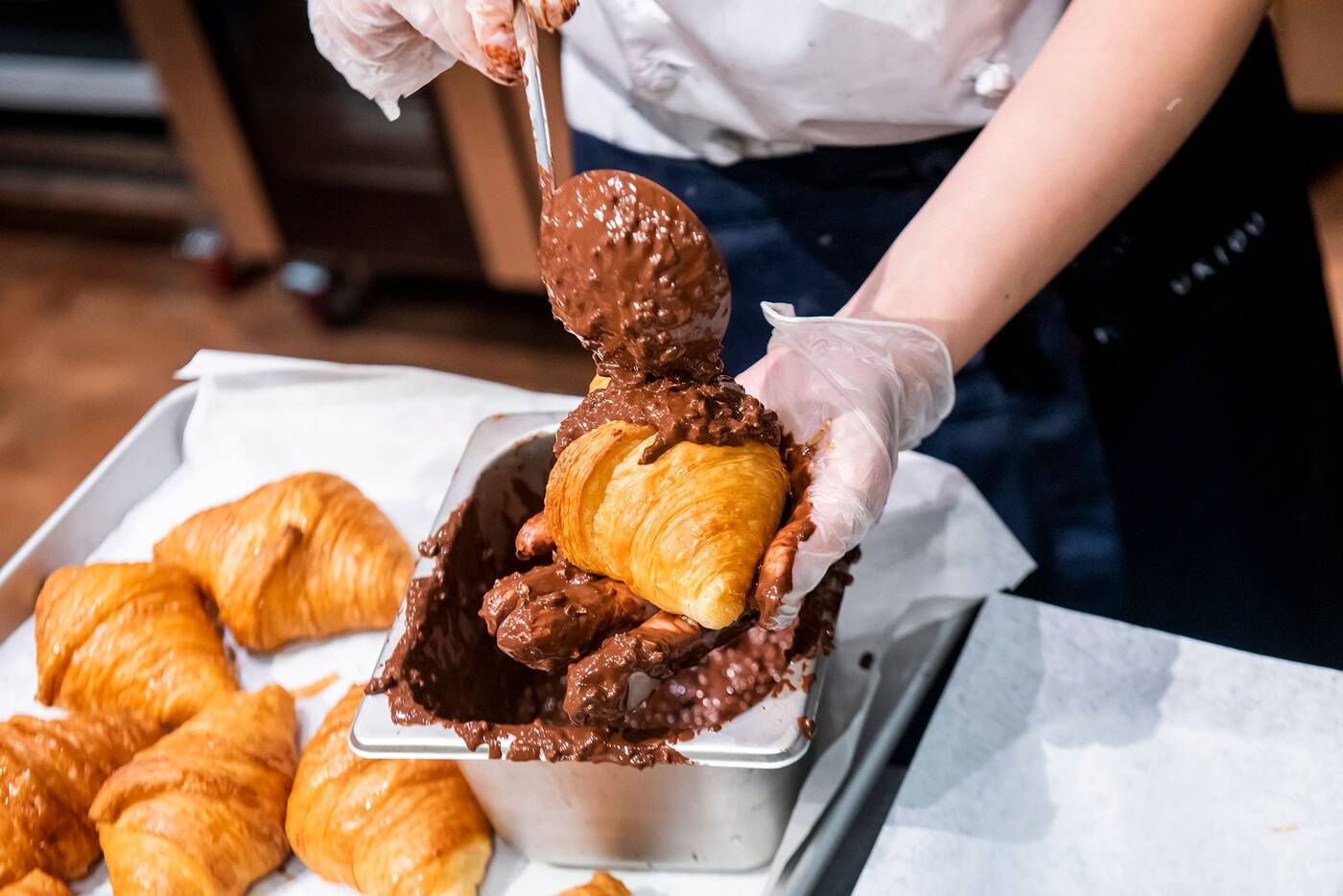 As the lockdown continued, people were looking for ways to get outside. The city installed 40 kilometres of bike lanes, tracks and multi-use trails. Many of the new lanes were temporary but the city also fast-tracked work on some lanes such as the Bloor West Bikeway Extension (bike lanes from Shaw Street to Runnymede). 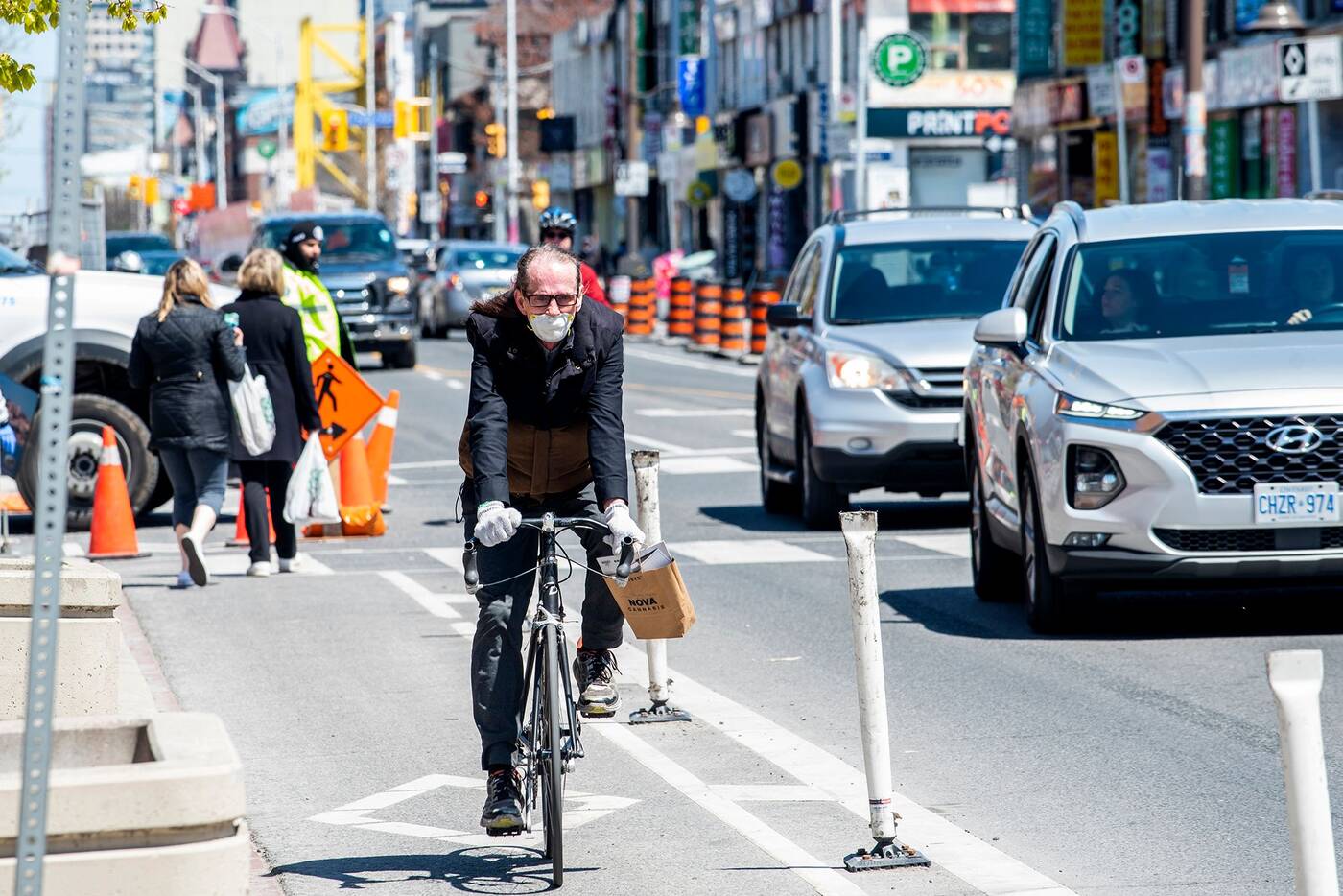 The remote pilots rely on a GPS system and five wide-angle cameras stationed around the robot to guide them through downtown Toronto. The robot was tested on a small range right now but could expand in the future. 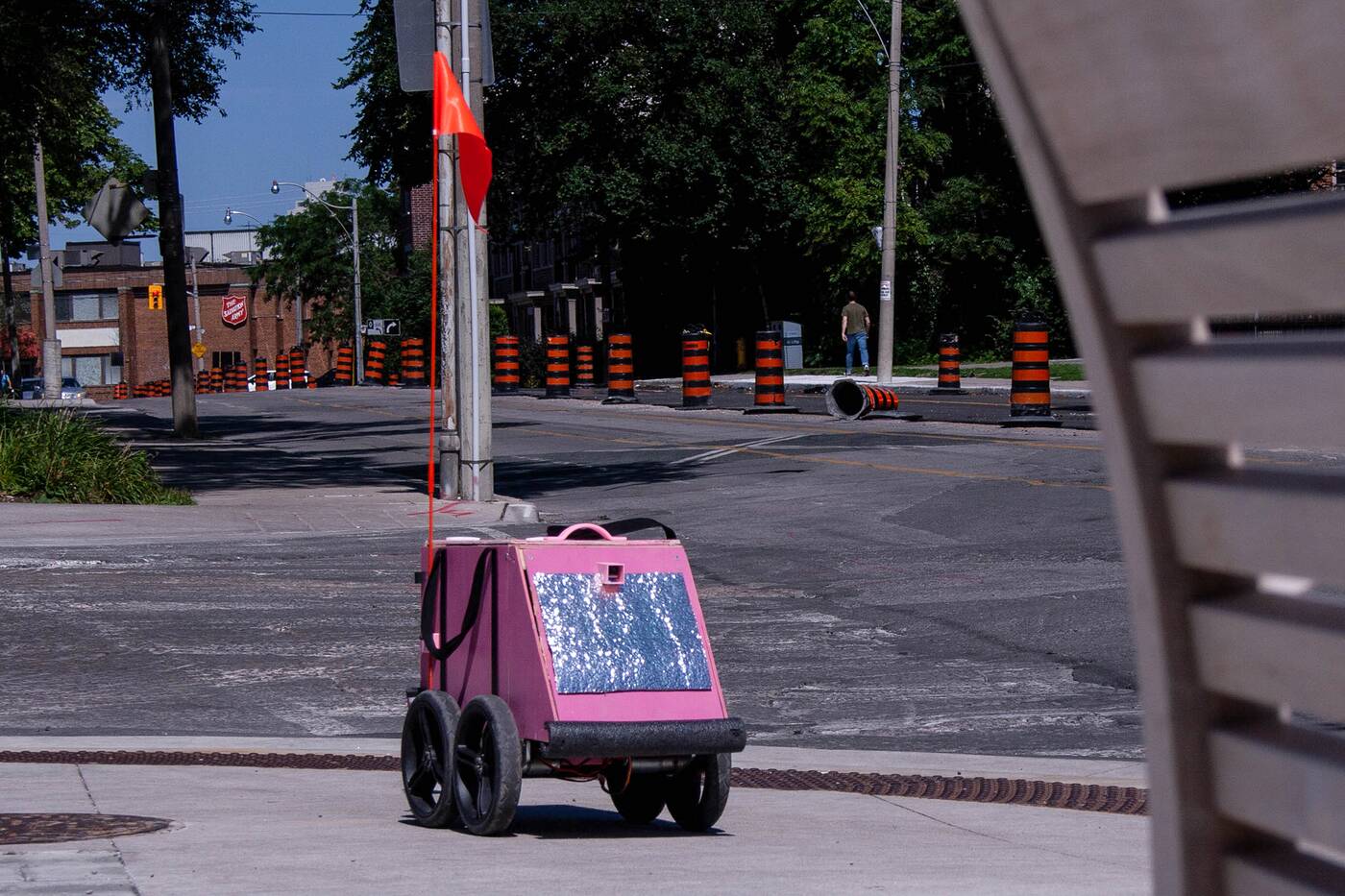 People started to notice this tiny robot on Toronto streets this summer.  Photo via tinymile.ai

The public art piece, titled STARGATE, appeared in an otherworldly fashion in Midtown Toronto. Artists Anna Passakas and Radoslaw Kudlinski of the Toronto- and Krakow-based art group Blue Republic designed the work. It consists of seven sculptures at 155 Redpath Ave. and two glass murals across the street. Blue Republic says it took them three years to make. 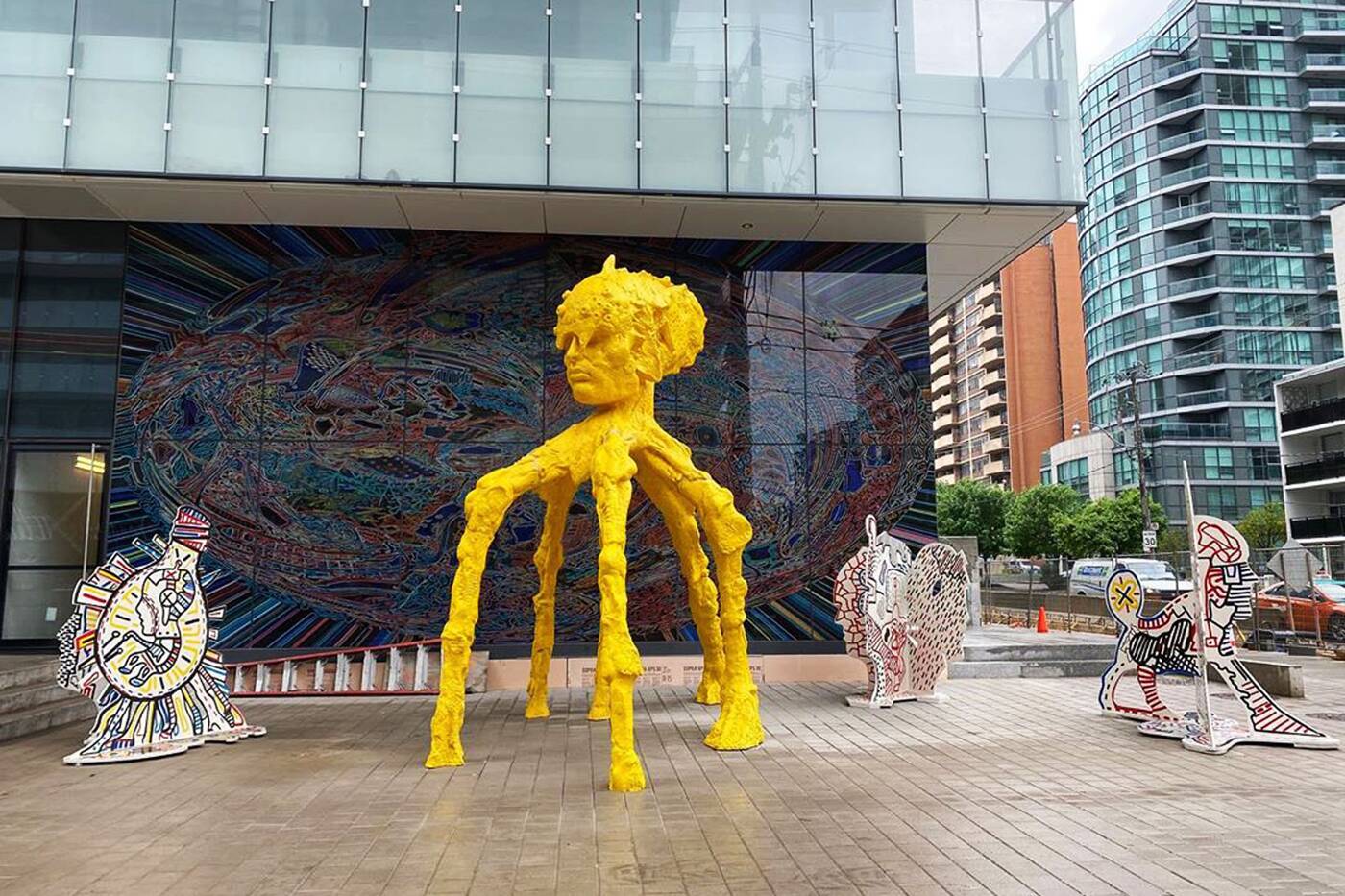 Seneca College unveiled a new building at its Newnham Campus in North York, and its design was inspired by Indigenous principles, artwork and history.

The school's new Centre for Innovation, Technology and Entrepreneurship (CITE) has an entirely Indigenous-led design, which is part of Seneca's commitment to the Indigenous Education Protocol signed back in 2015.

It provides students with multiple levels of flexible classrooms, "breakout spaces," open-concept study areas and lounges as well as an expansive event space.

It also features eight graphic murals that explore the relationship between Indigenous cultural elements and technology. 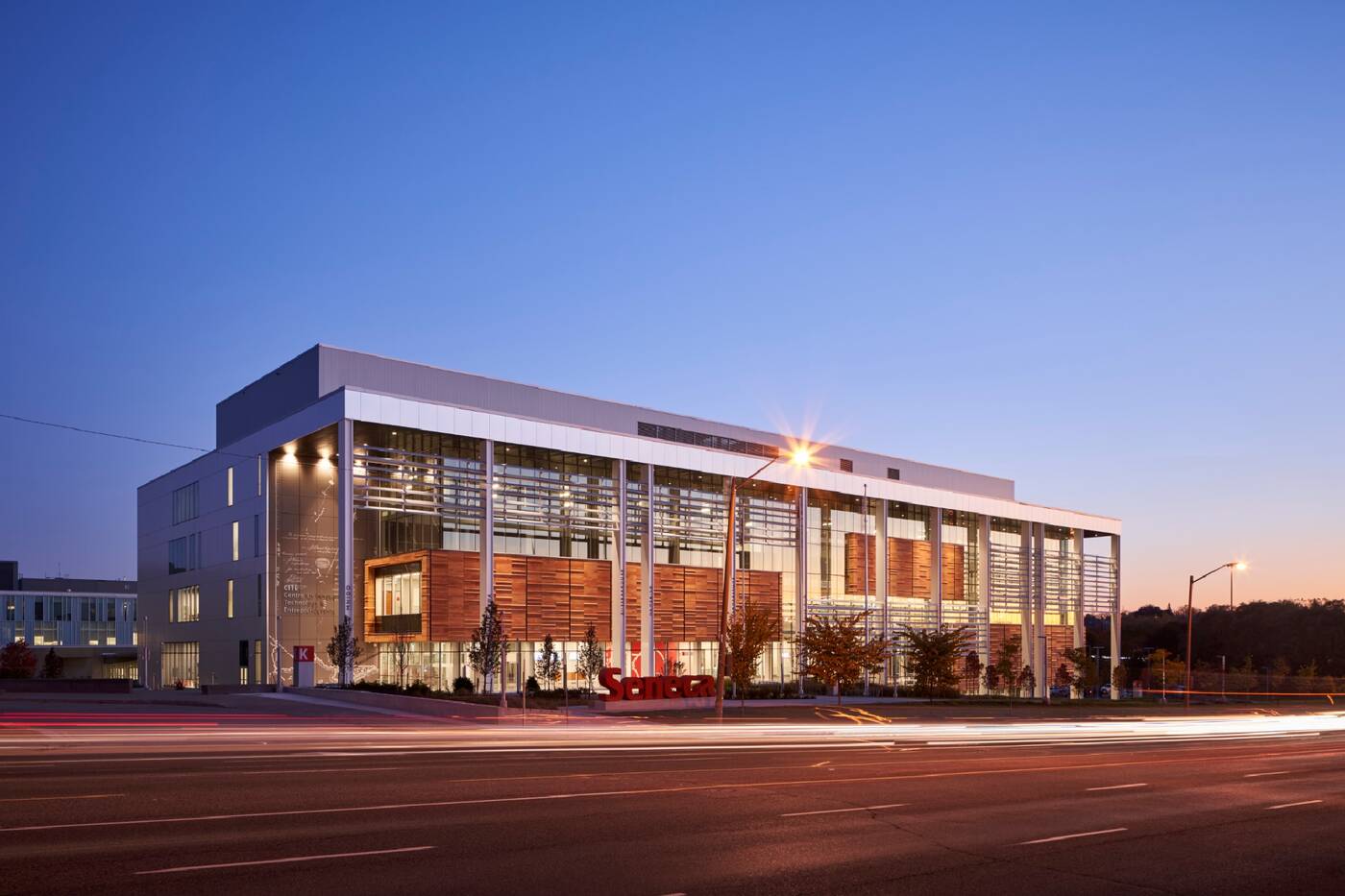 A new building at Seneca College's Newnham Campus in North York was inspired by Indigenous principles. Photo via Doublespace

The two new buildings, with 600,000 square feet of space, will provide 235 inpatient beds. The buildings marked the completion of the largest redevelopment in CAMH history.