In an initiative called "Paint the City Black," over 40 artists from the GTA and Montreal converged in Graffiti Alley on Saturday to cover the area well known for its murals with images supporting Black Lives Matter. 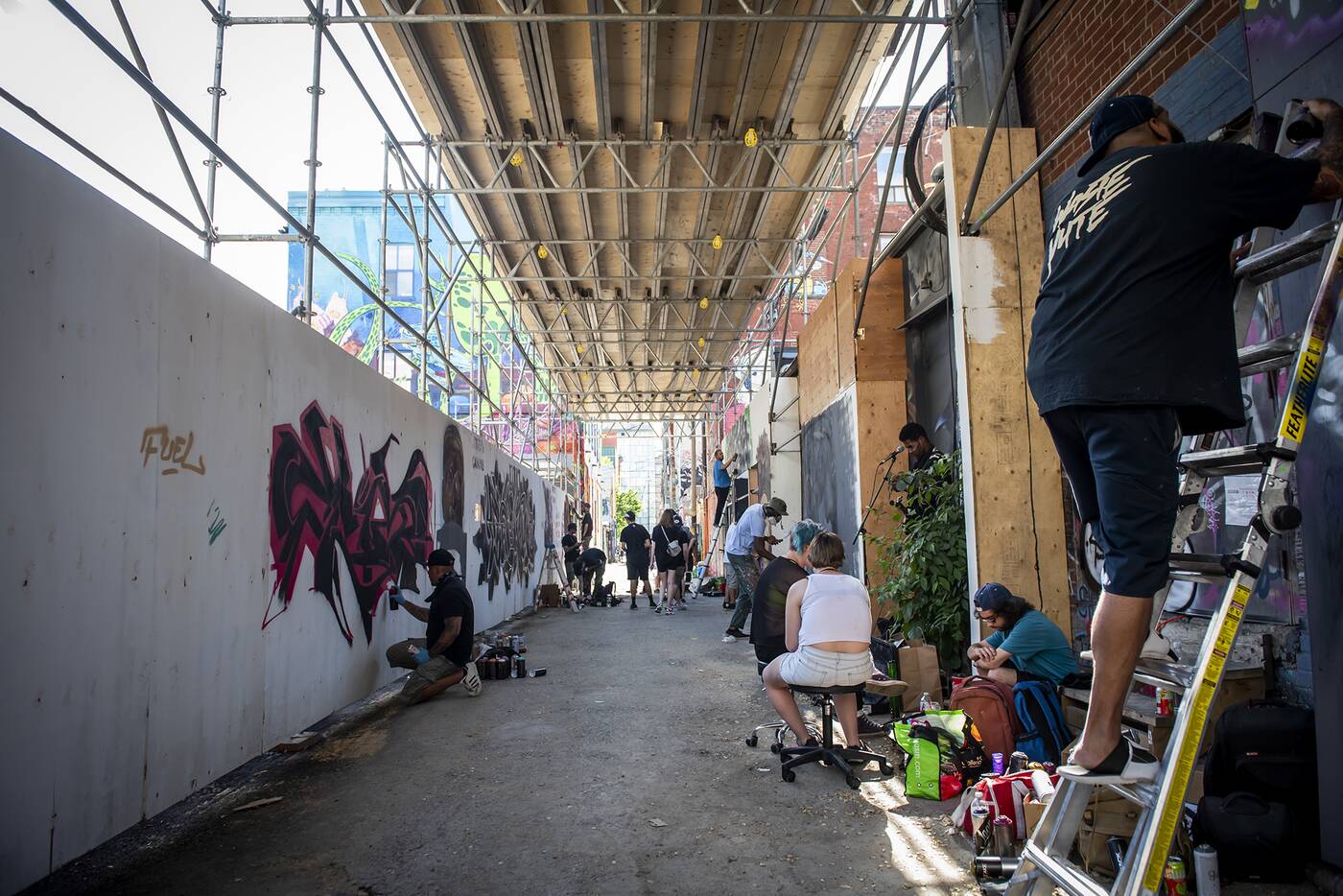 Subjects of the murals include a panther curled around a globe with the Civil Rights slogan "All Power to the People," as well as Regis Korchinski-Paquet, George Floyd, Martin Luther King Jr. and Breonna Taylor. 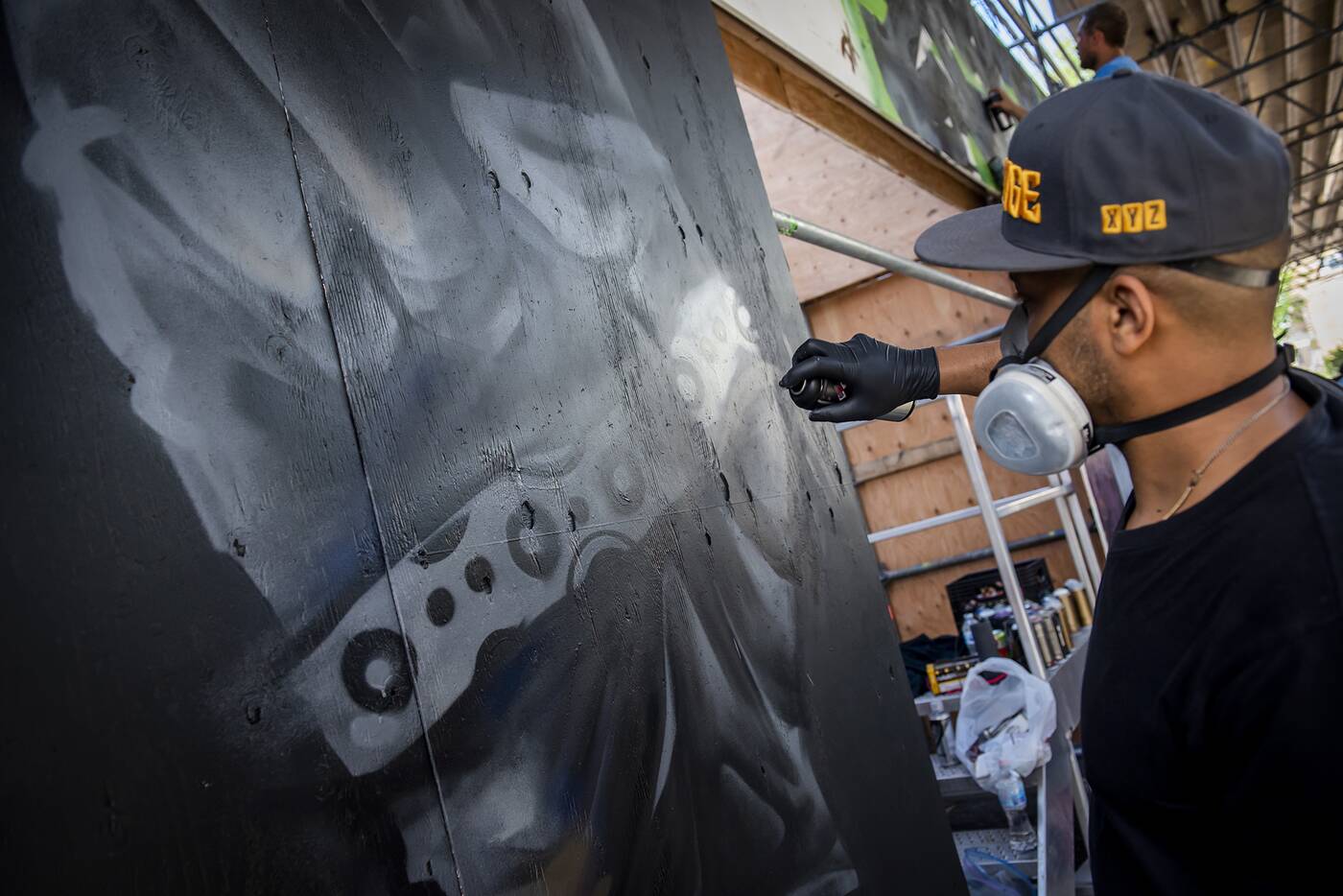 The panther was actually the first image painted to kick off Saturday's event. 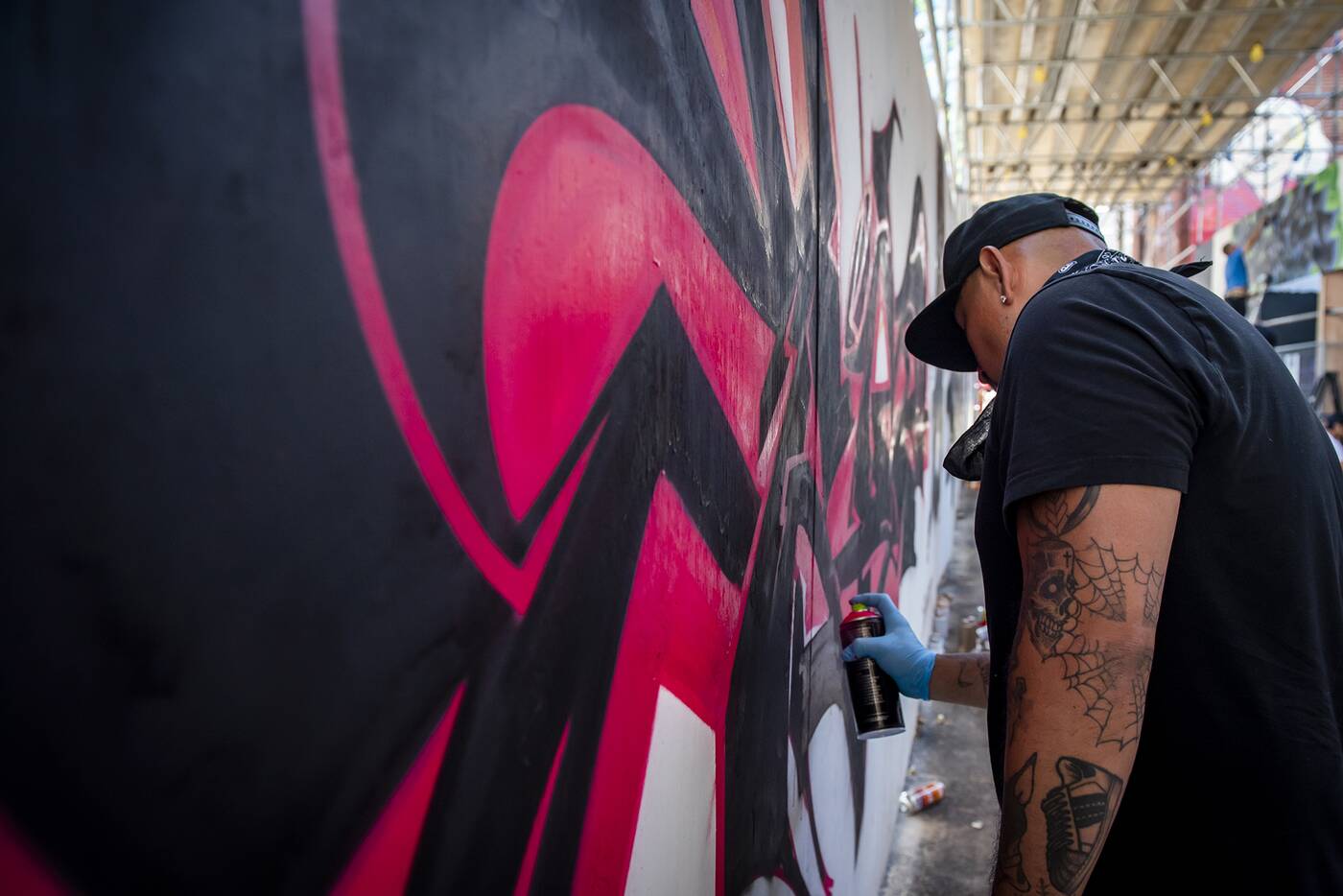 Korchinski-Paquet's death falling from a balcony in Toronto's High Park neighbourhood while she was alone with police is under investigation, and Floyd died after an officer kneeled on his neck for nearly nine minutes in Minneapolis. 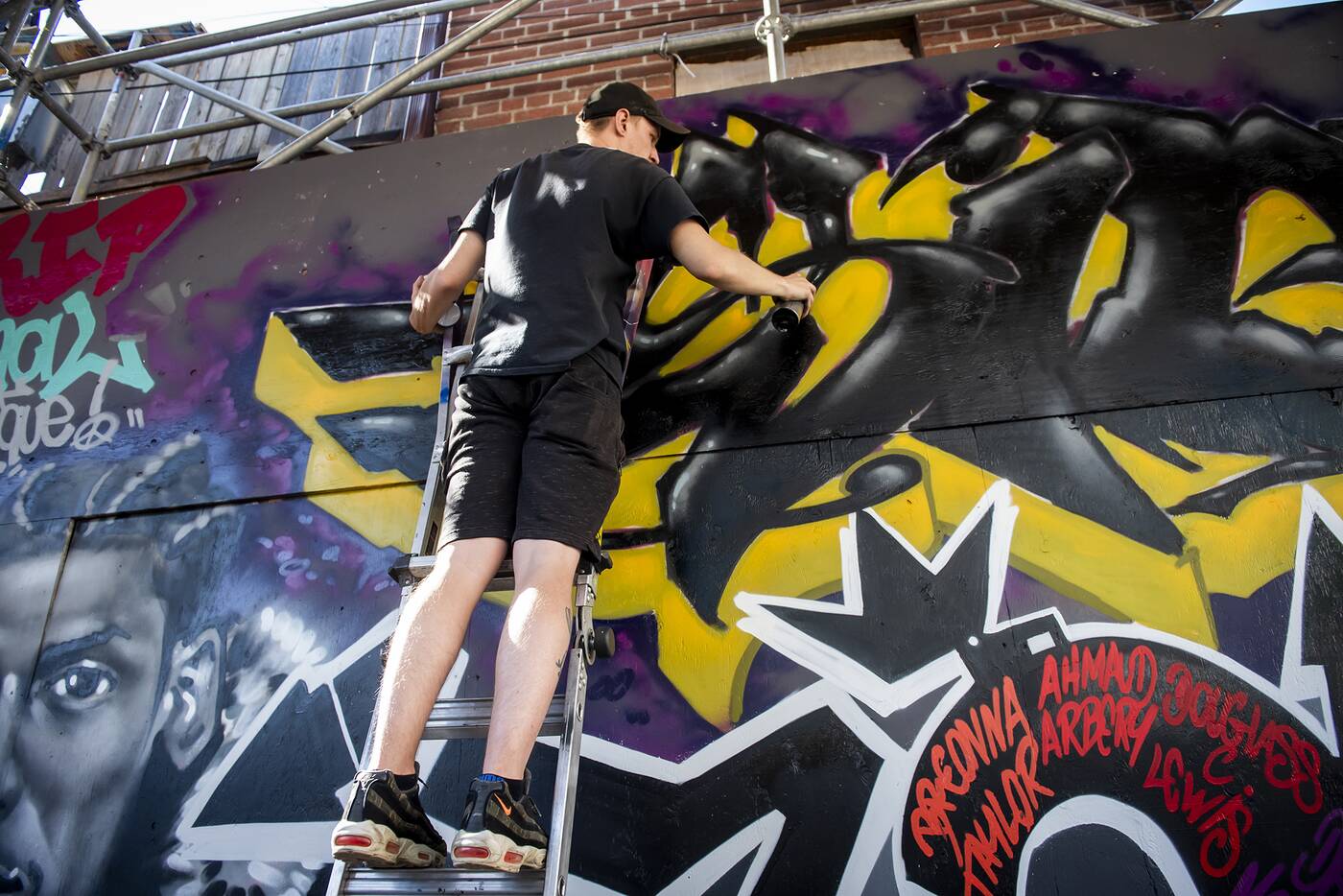 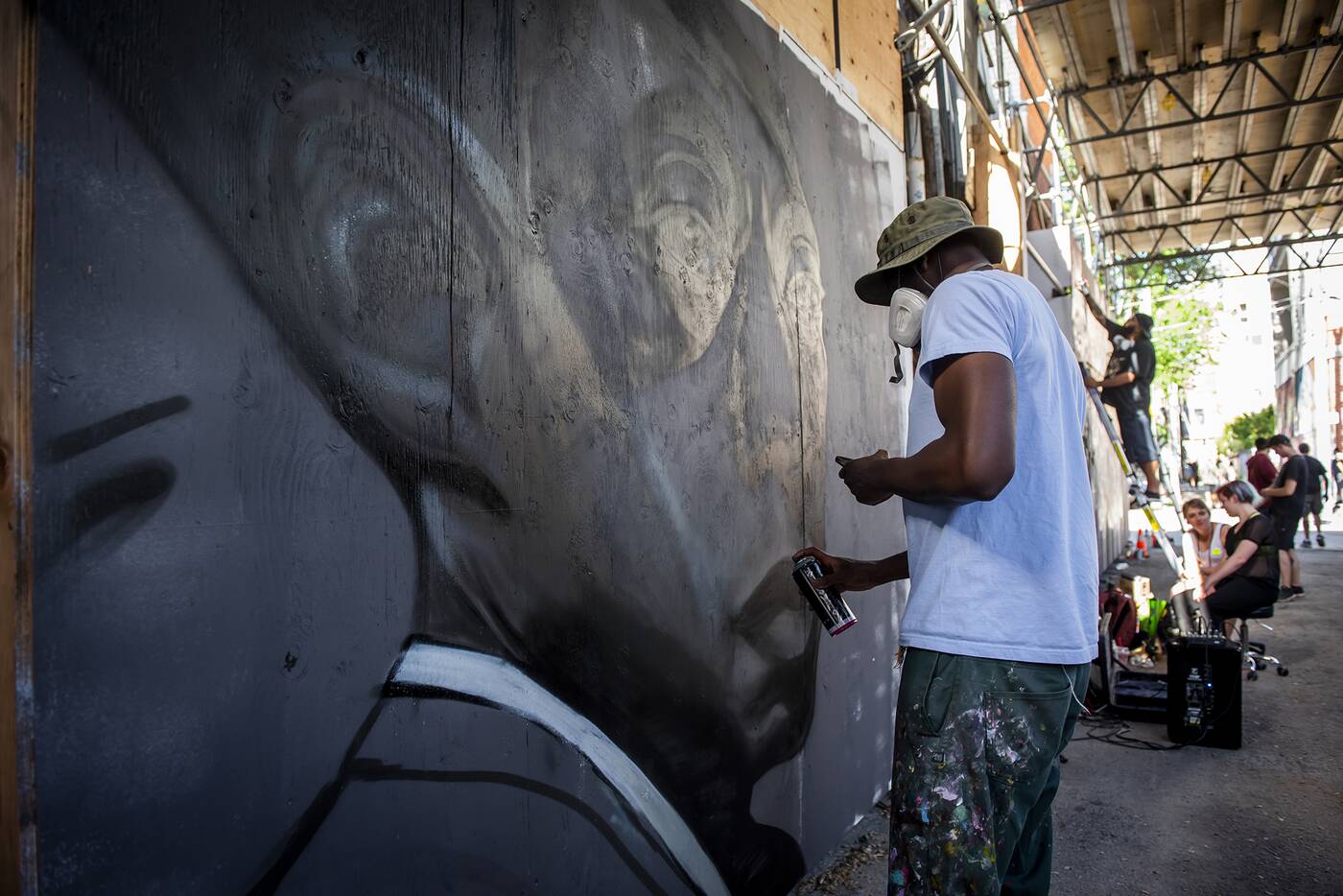 "Moisez Frank initially reached out to me with the idea of taking over the new addition of wood hoarding in [Graffiti Alley], with black pieces," says Jessey Pacho.

"Together with two other individuals, Nick Sweetman and Blaze Wiradharma, we curated a list of graffiti artists and aerosol practitioners to come support the cause, with one specific request of using black as a main theme in each individual piece." 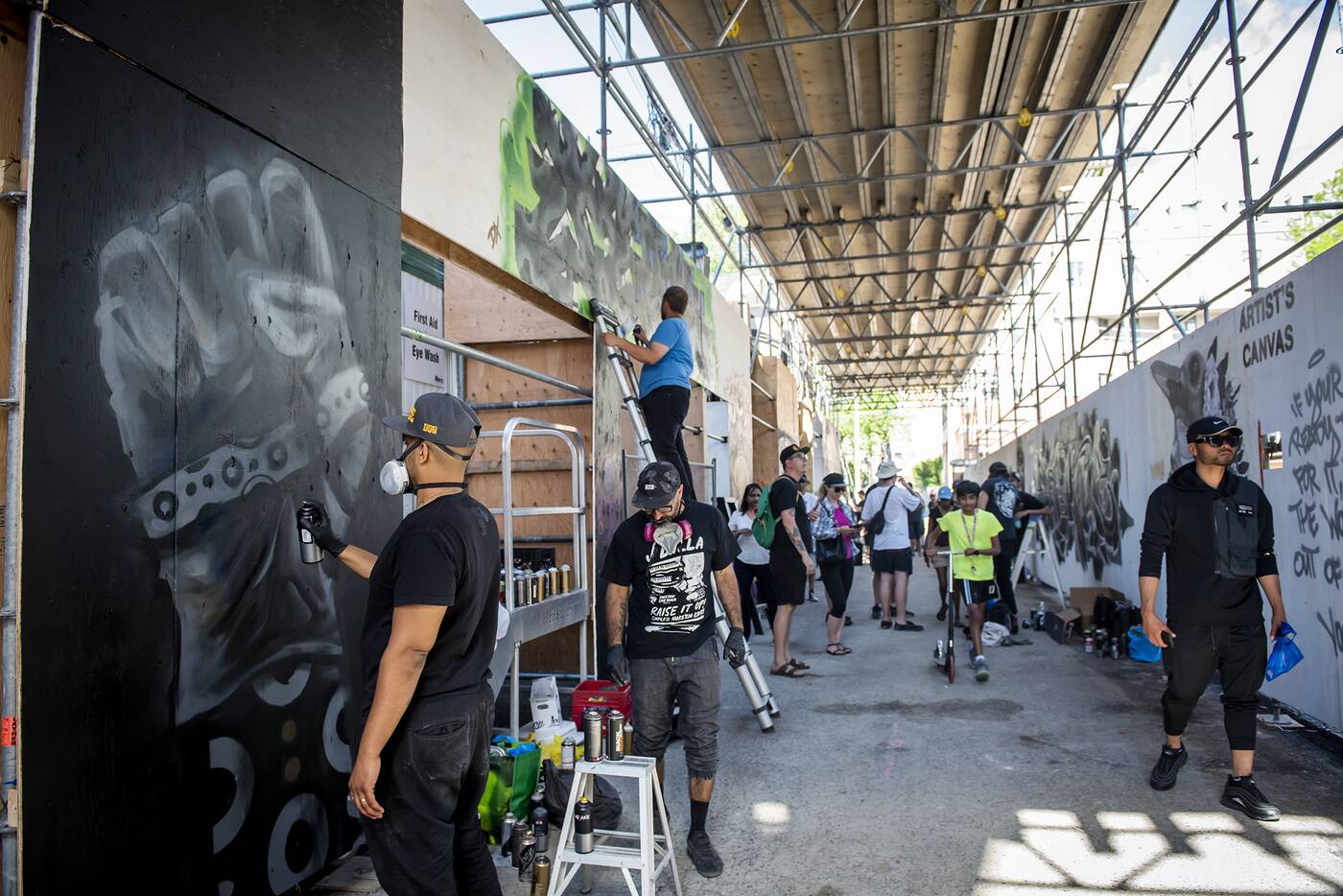 He continues, "The conversation started on Wednesday night via group chat and evolved into a truly monumental moment in Toronto graffiti. The last graffiti jam which saw this many artists was over a decade ago, Style in Progress. Never in Toronto's graffiti history have we seen artists come together from throughout Ontario and paint for a specific cause." 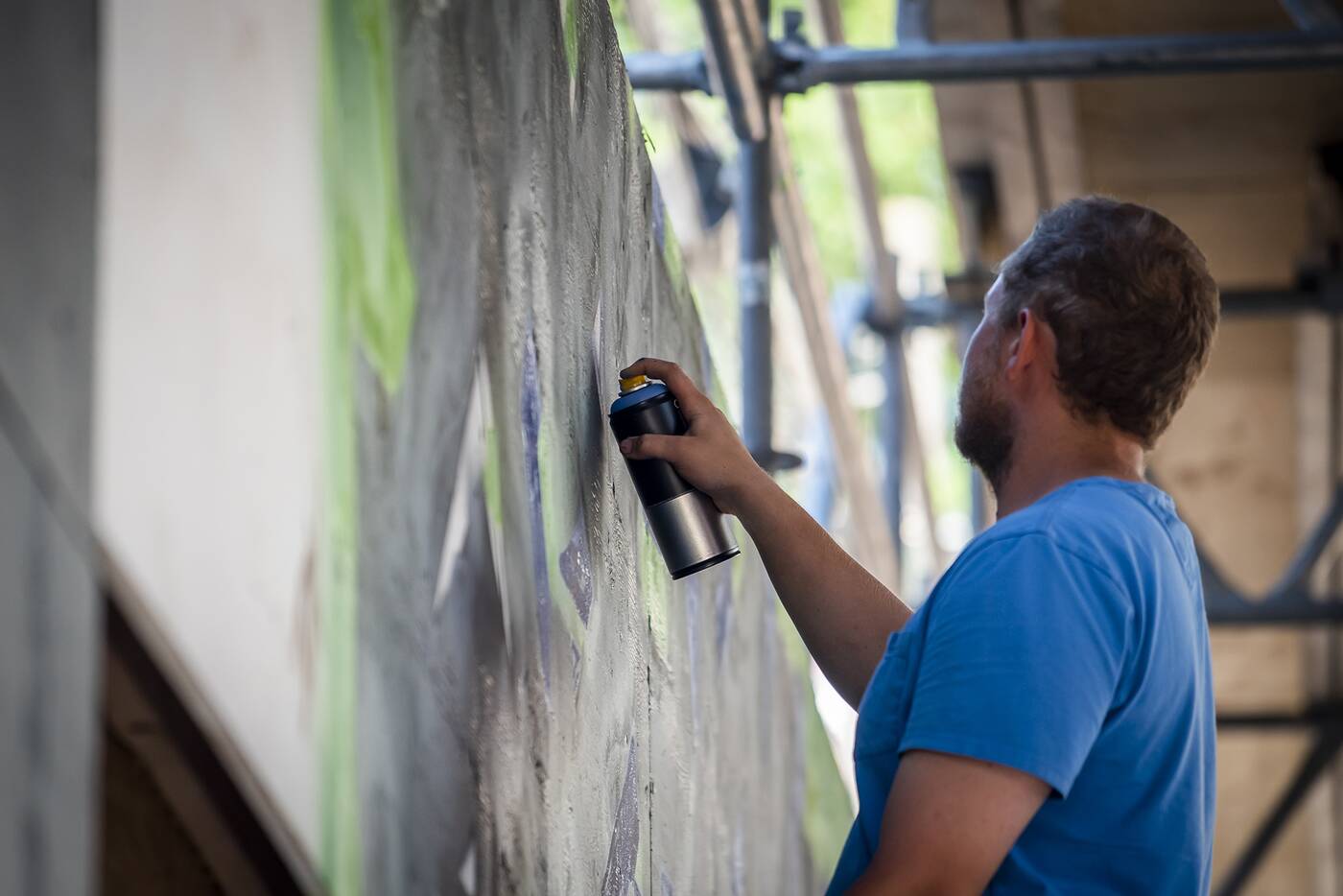 The peaceful protest centering around art took place during a weekend of demonstrations in response to recent events surrounding racism. 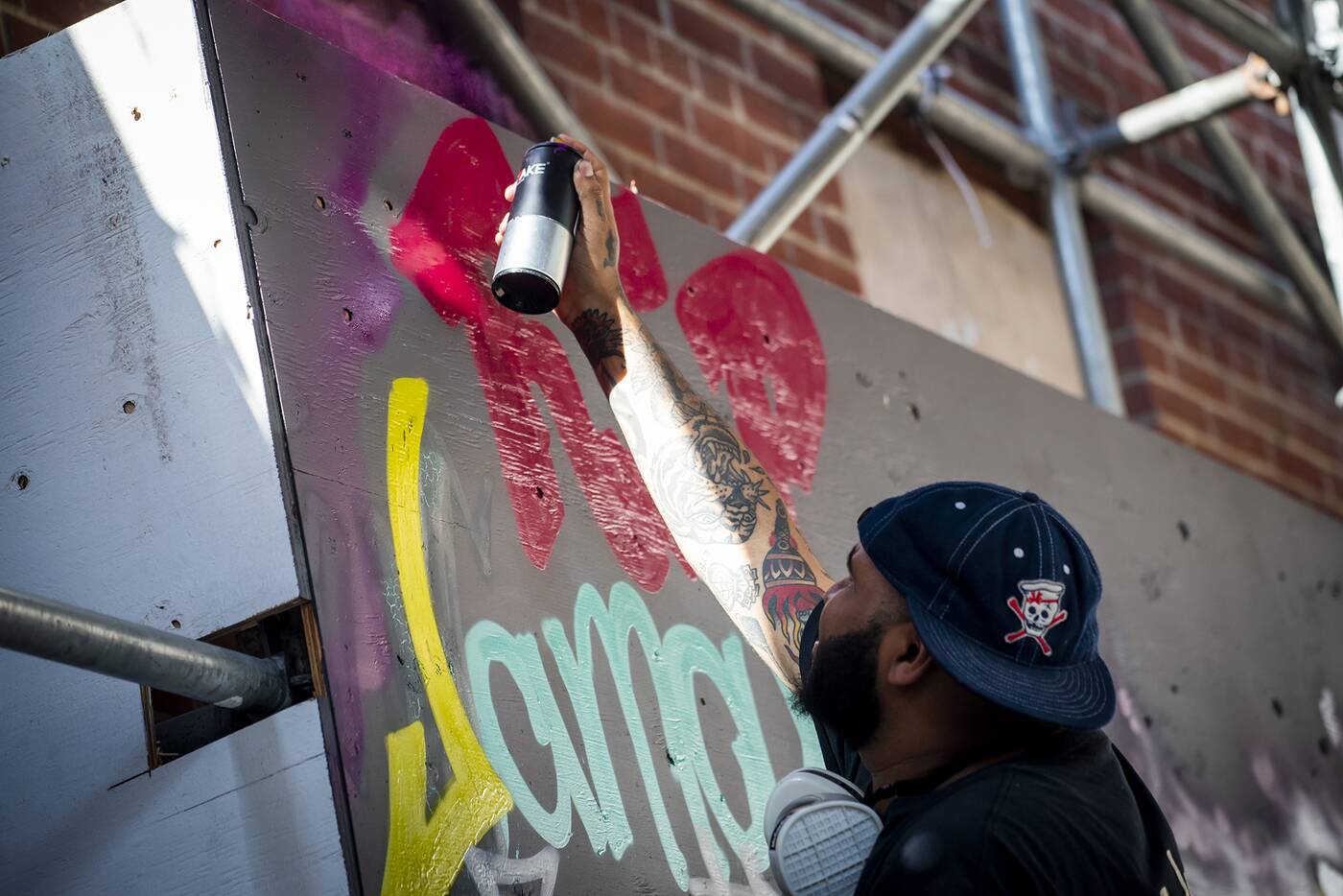 The alley is located between McDougall Lane and Augusta Avenue, near Queen and Spadina, and has gained a reputation as it's become covered in colourful street art over the years. It was first painted in 1988, according to Pacho.

The organizers are interested in continuing the project and expanding it into other areas of the city. 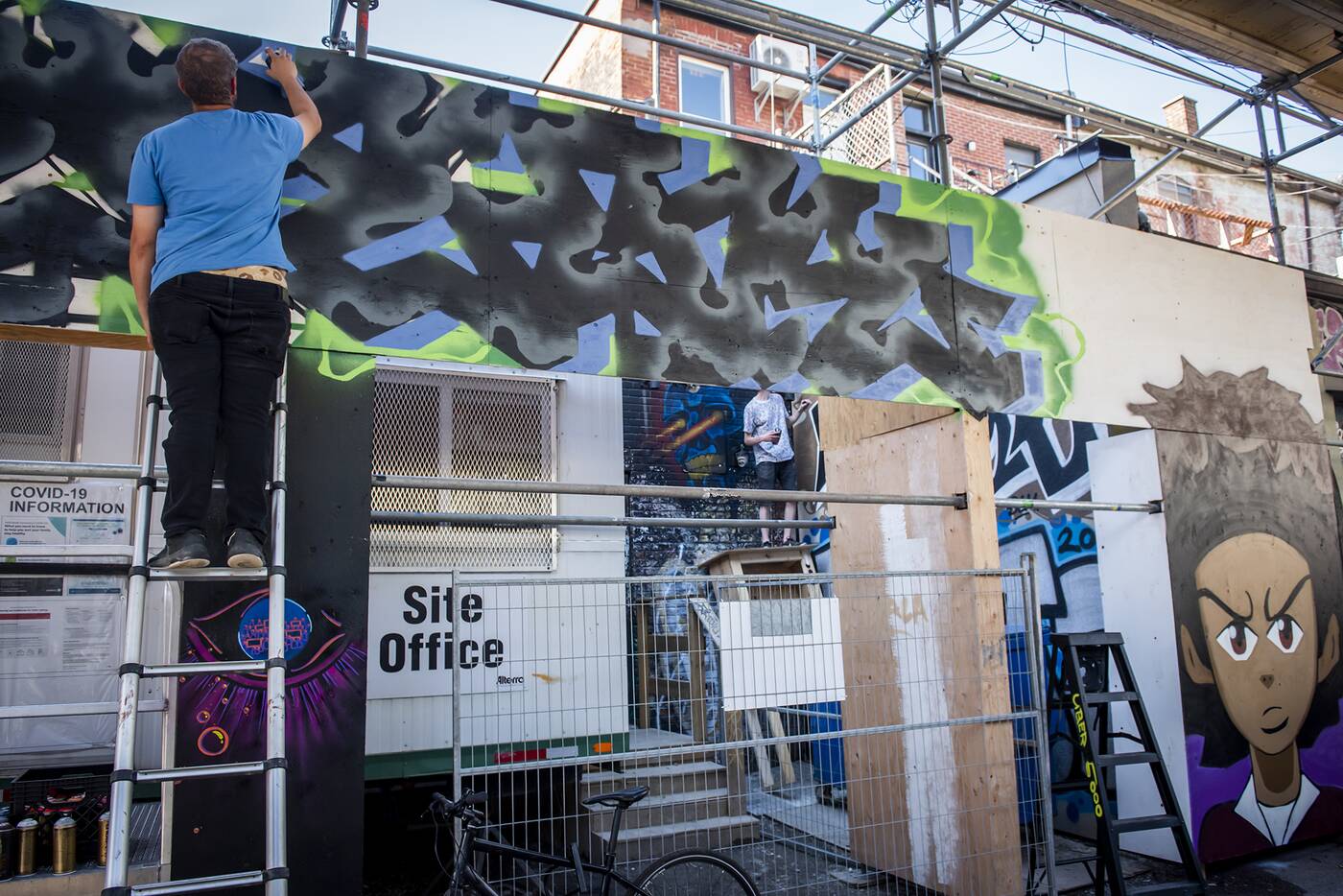