Hazukido is an international bakery chain specializing in Japanese croissants.

This Toronto store, located on the first floor of the Atrium (where Timothy's Coffee used to be) marks the first North American location of the massive brand, which has over 200 locations since first launching in 2014. 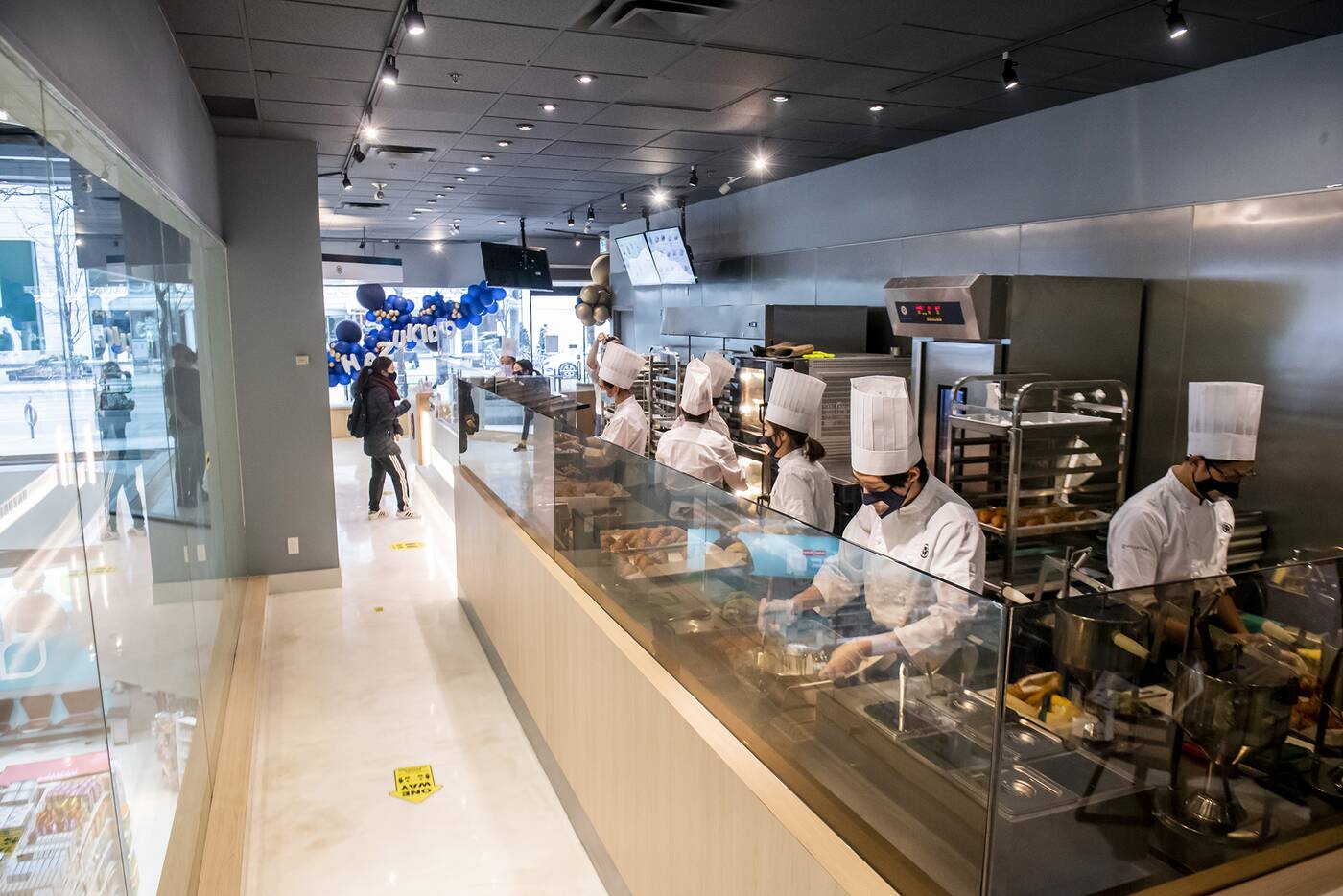 Culturally, the Hazukido brand is a hodgepodge. It's a Taiwanese company folding up French croissants, Japanese-style. But it's fair to say that, centuries since its Austrian origins, this crescent-shaped pastry has become standard global fare. 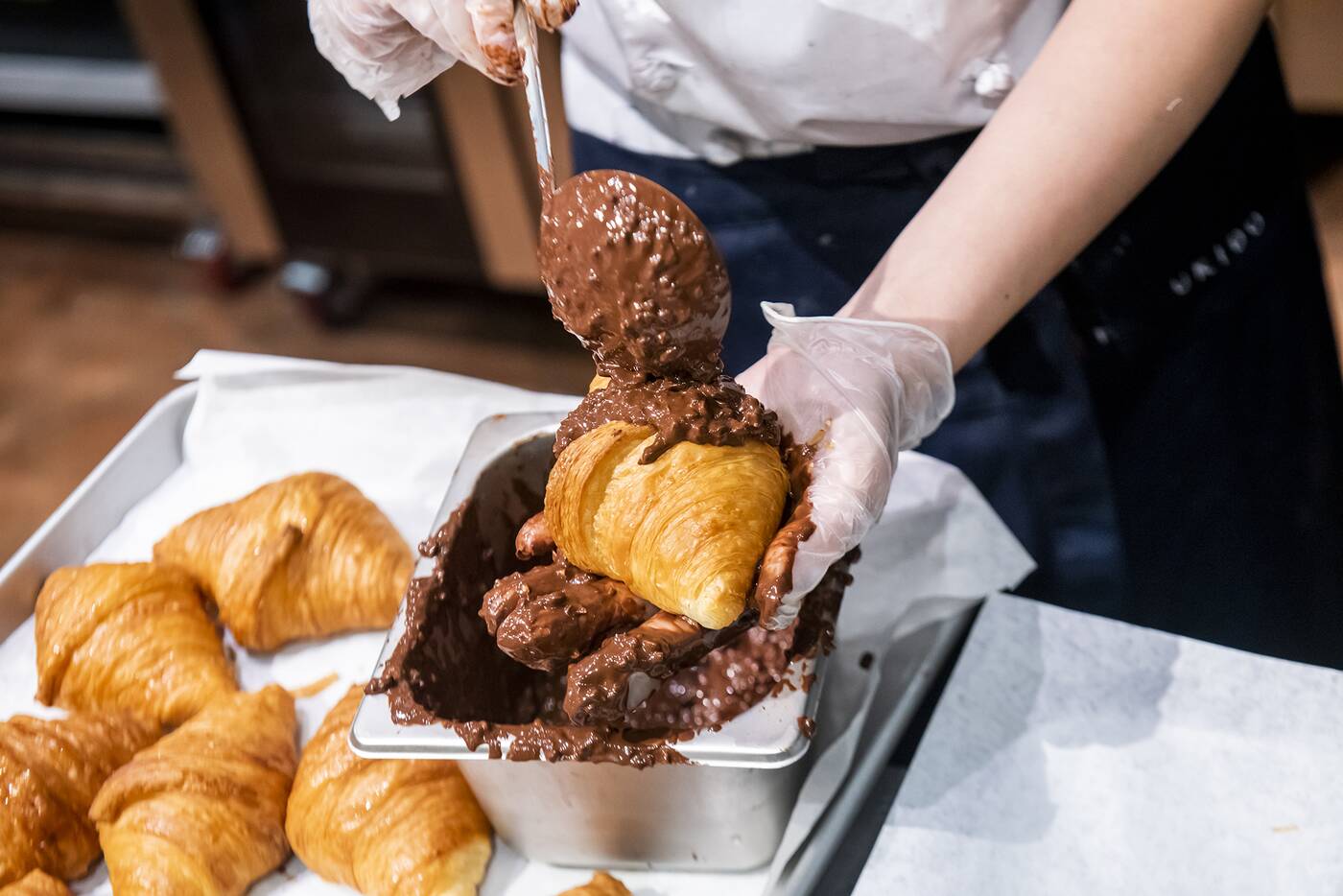 Hazukido has over 100 flavours of croissants in its roster. On the menu, you'll find 14 at a time, which rotate seasonally. 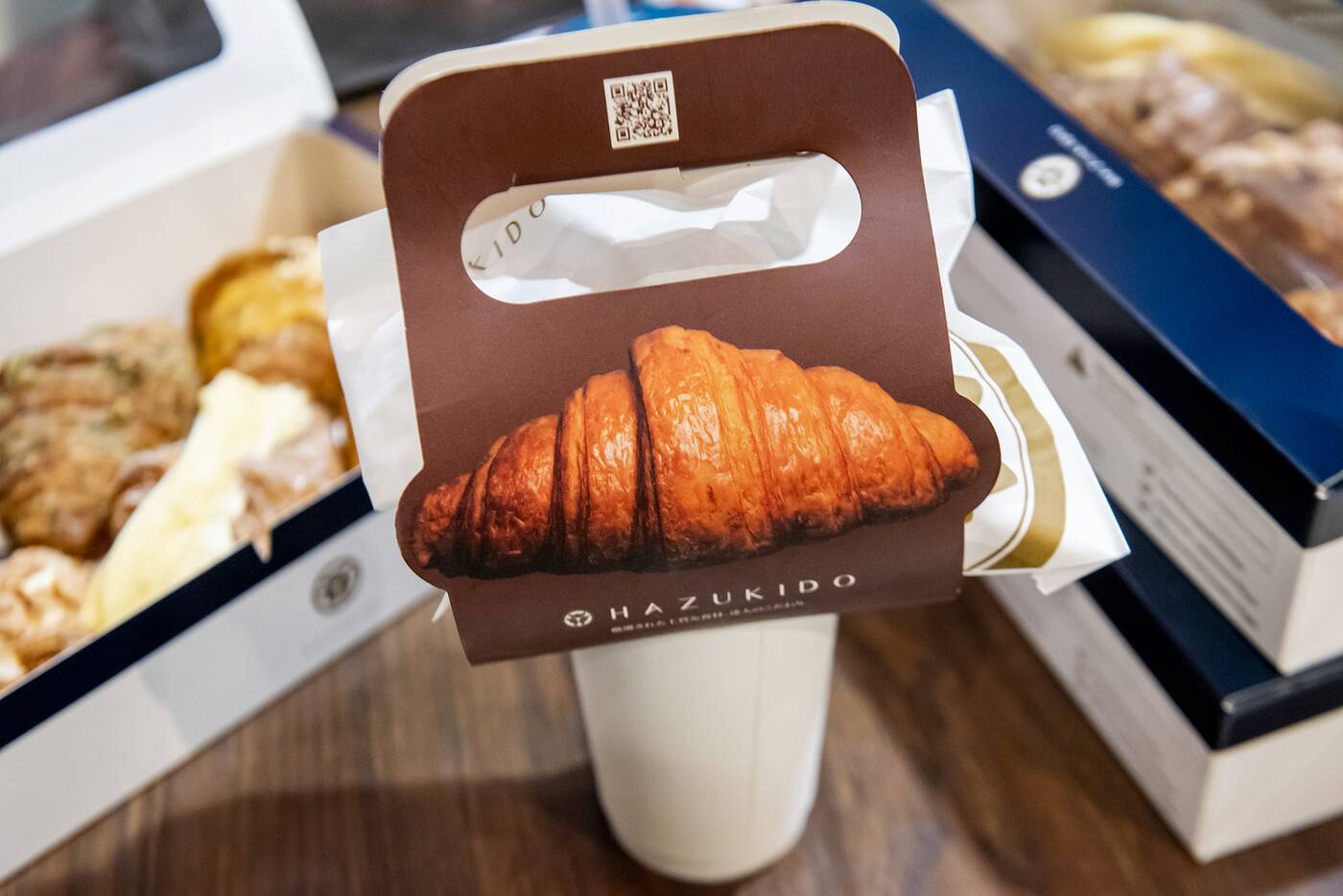 Using European butter and imported flour from Japan, dough is made offsite, which is a good thing, considering how little room there is here.

Around 10 bakers have to manoeuvre around a narrow workspace, avoiding the giant proofers and dodging piping hot trays. 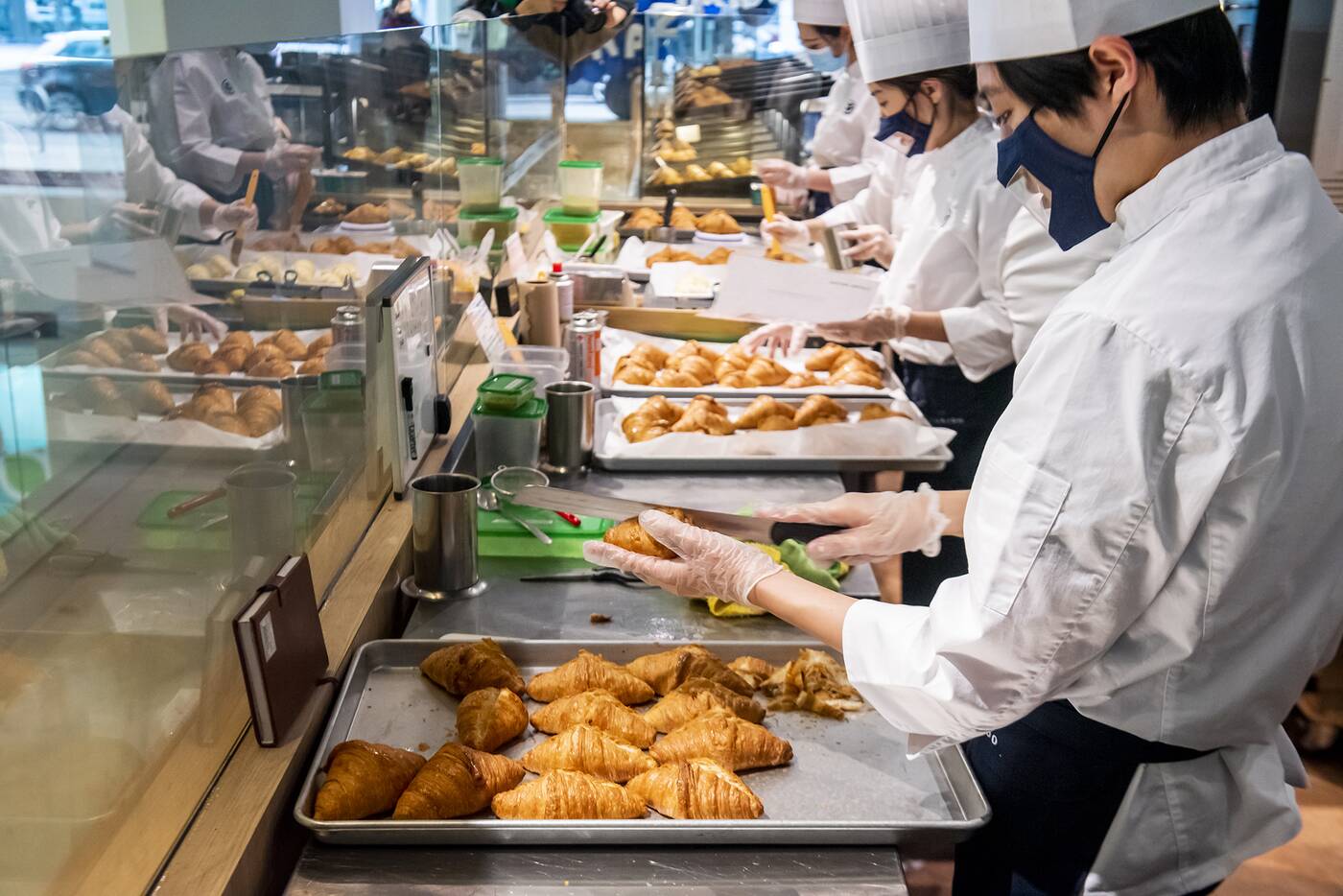 The lamination technique behind Hazukido's croissants involves 64 layers of butter and dough, and a 72 hour process from start to finish.

A quick 18-minute bake in the oven gets these croissants to rise up. Rip it open and you can see the dough forming the honeycomb pattern that Hazukido is famous for.

They're definitely shorter than croissants from your average cafe bakery, as well as flakier and slightly puffier. 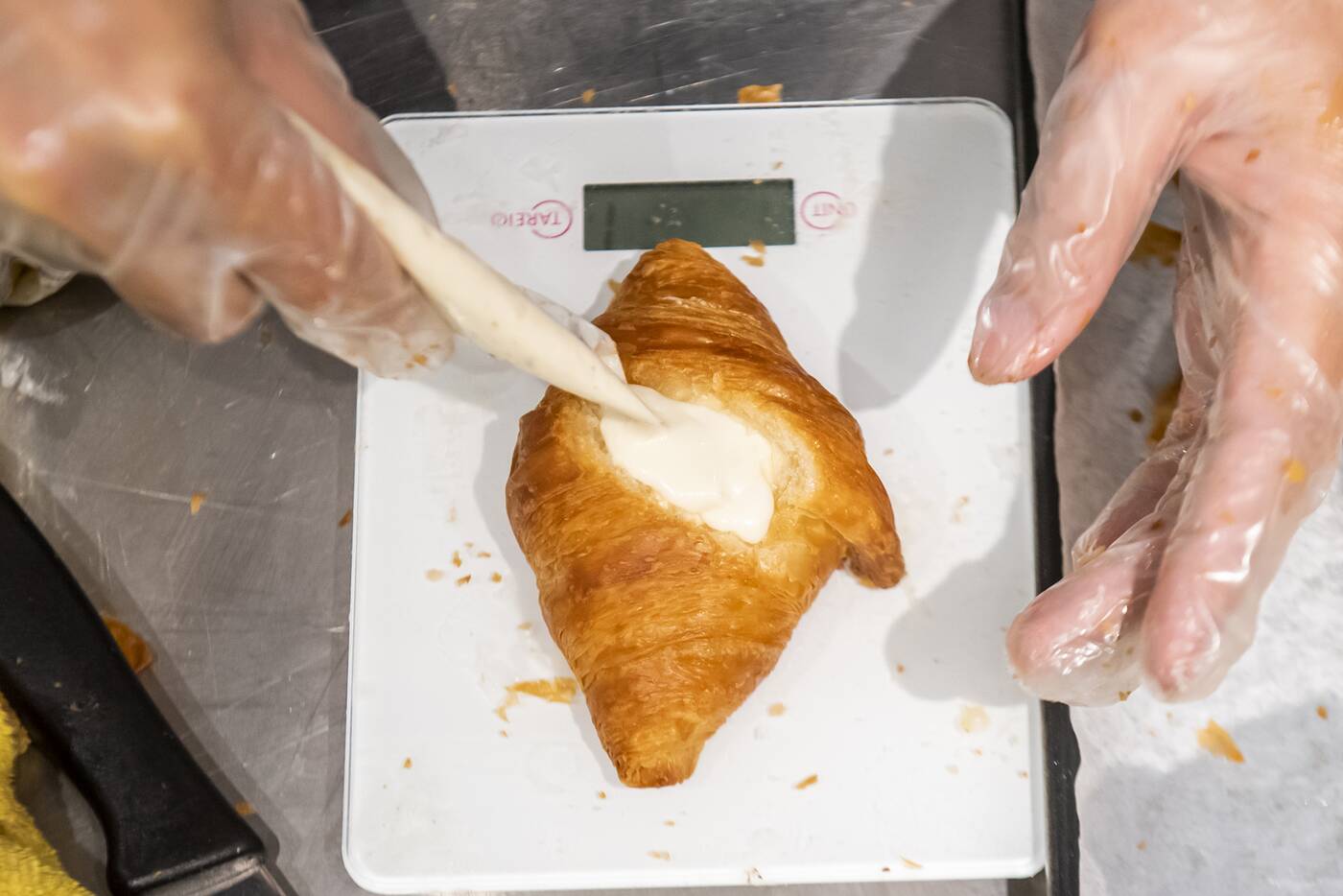 Their signatures are their famous salted egg yolk croissants ($4.95) or their deluxe chocolate ($3.45). 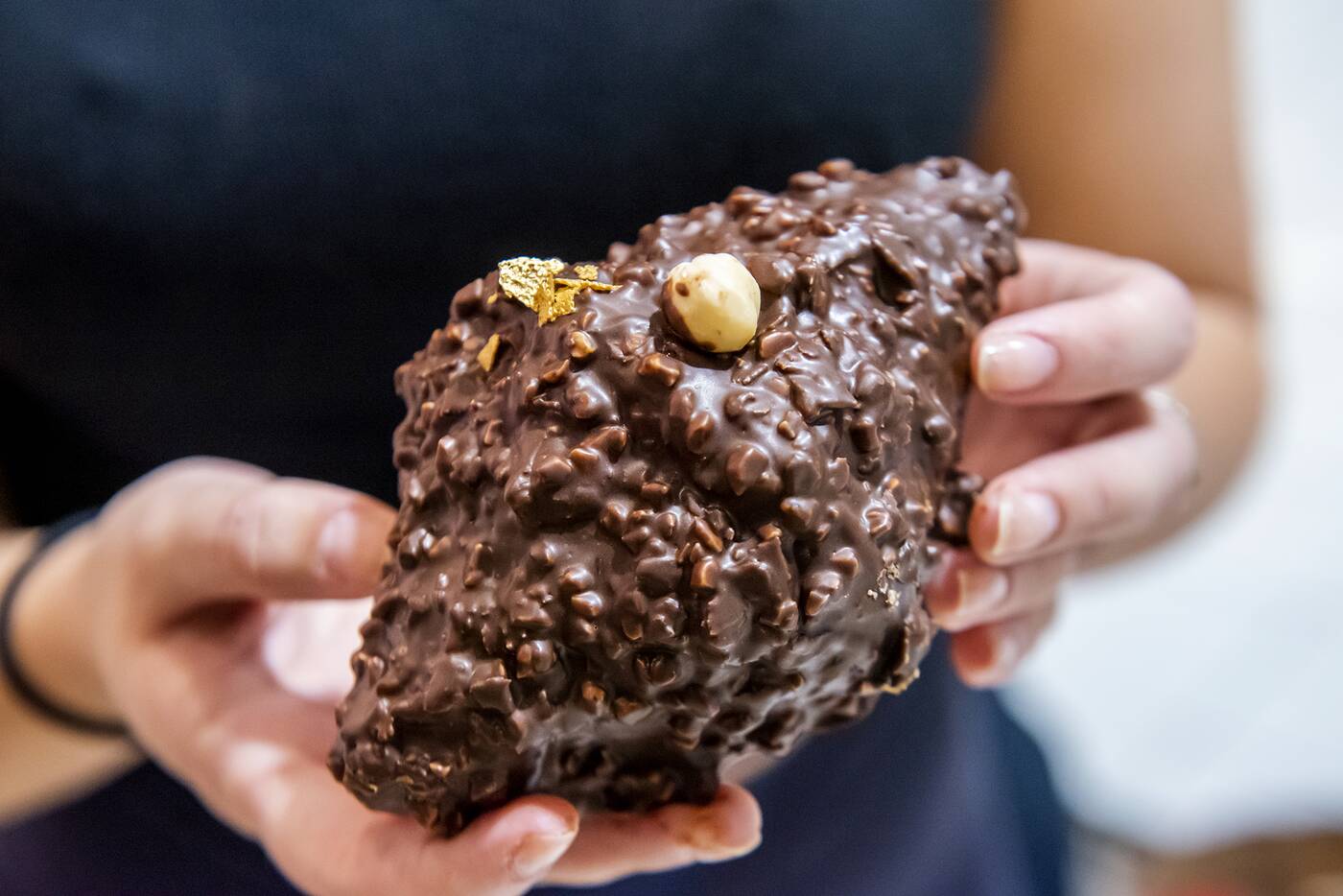 The hazelnut chocolate ($5.49) is basically a Ferrero Rocher in croissant form. It's completely covered in chocolate and crunchy hazelnut bits. 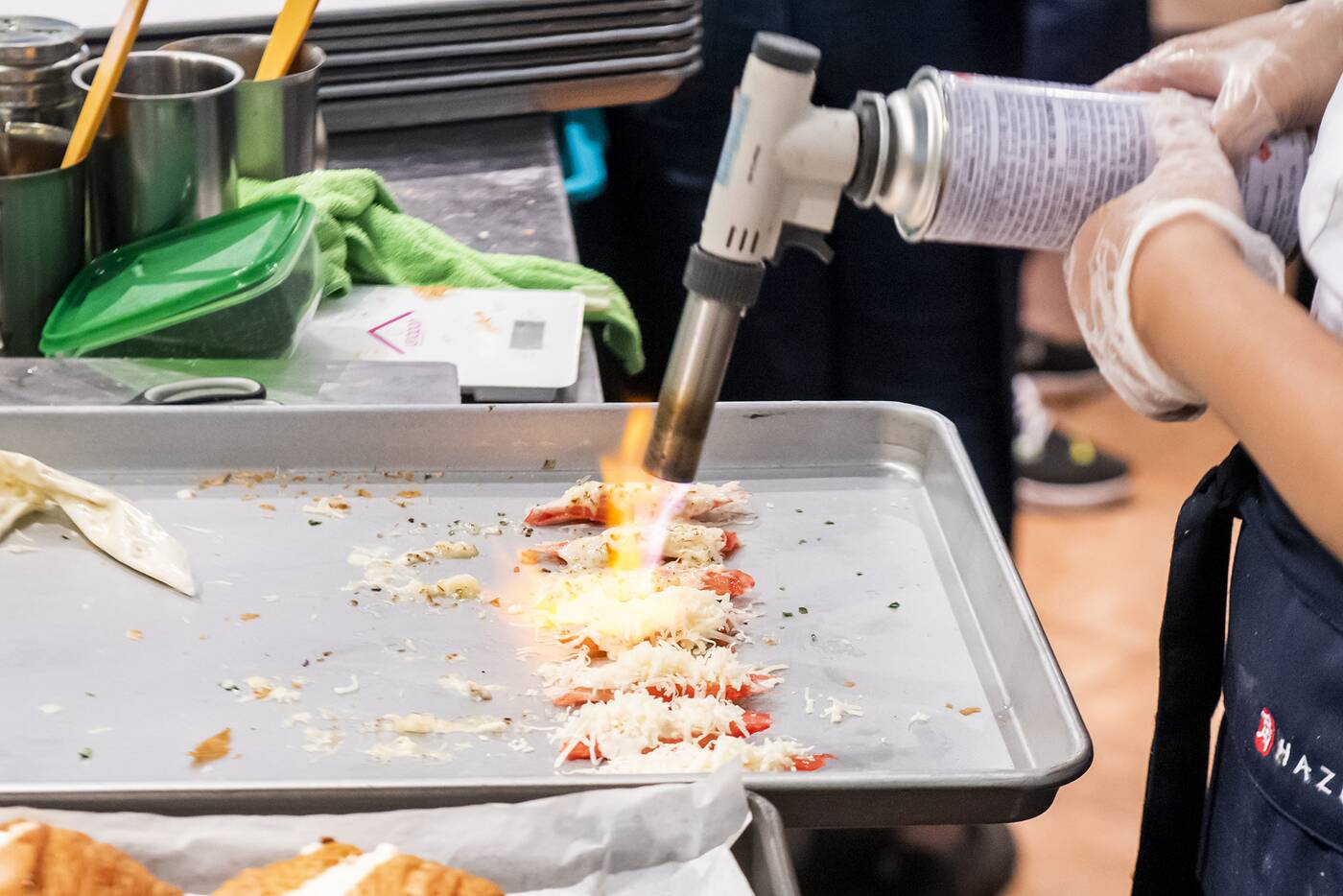 Some croissants are torched after baking, like the butter garlic croissant ($4.95), which gets a slathering of aromatics before being melted with a torch.

The caramel pudding is a decadent one filled with a generous strip of a custard-like caramel. 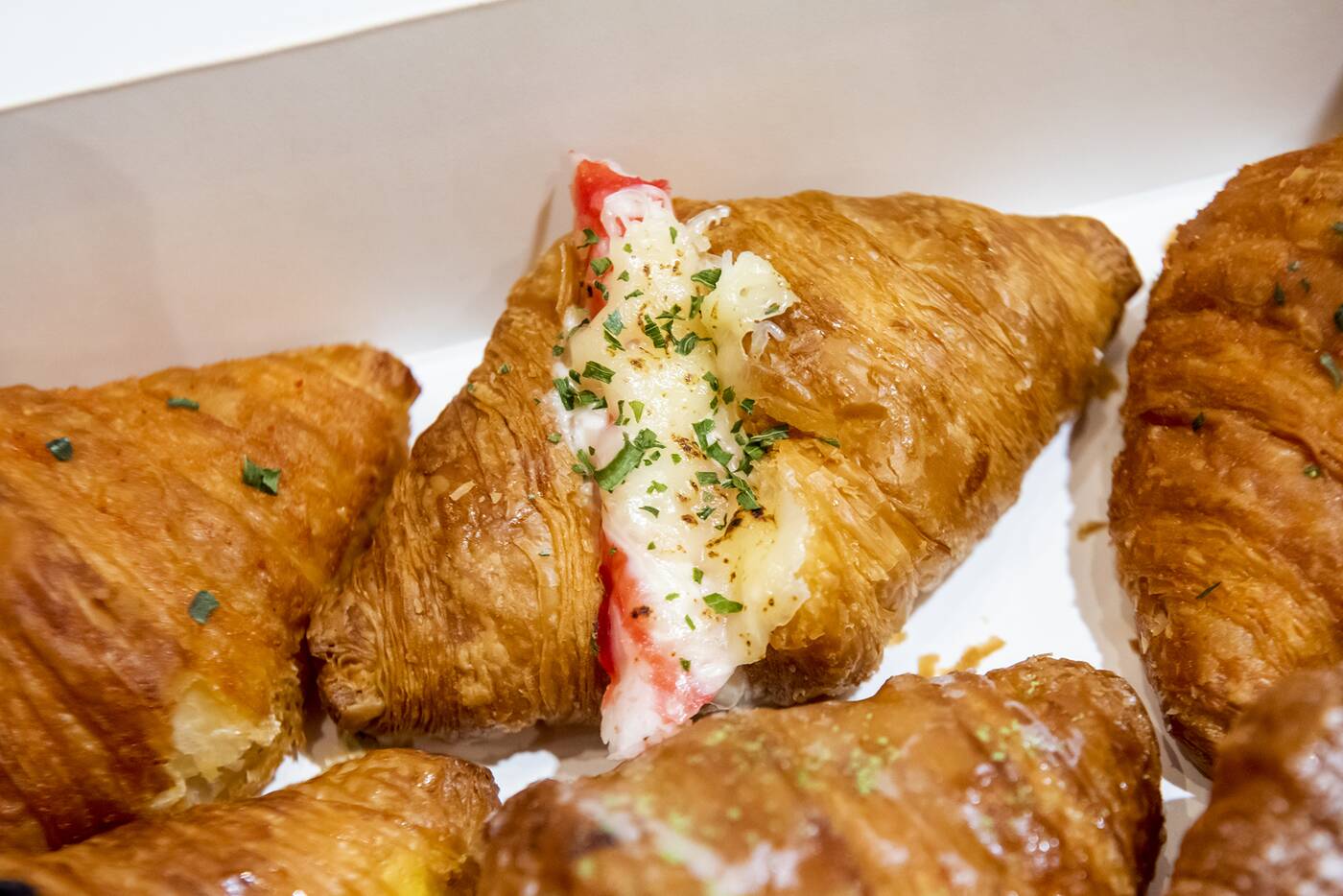 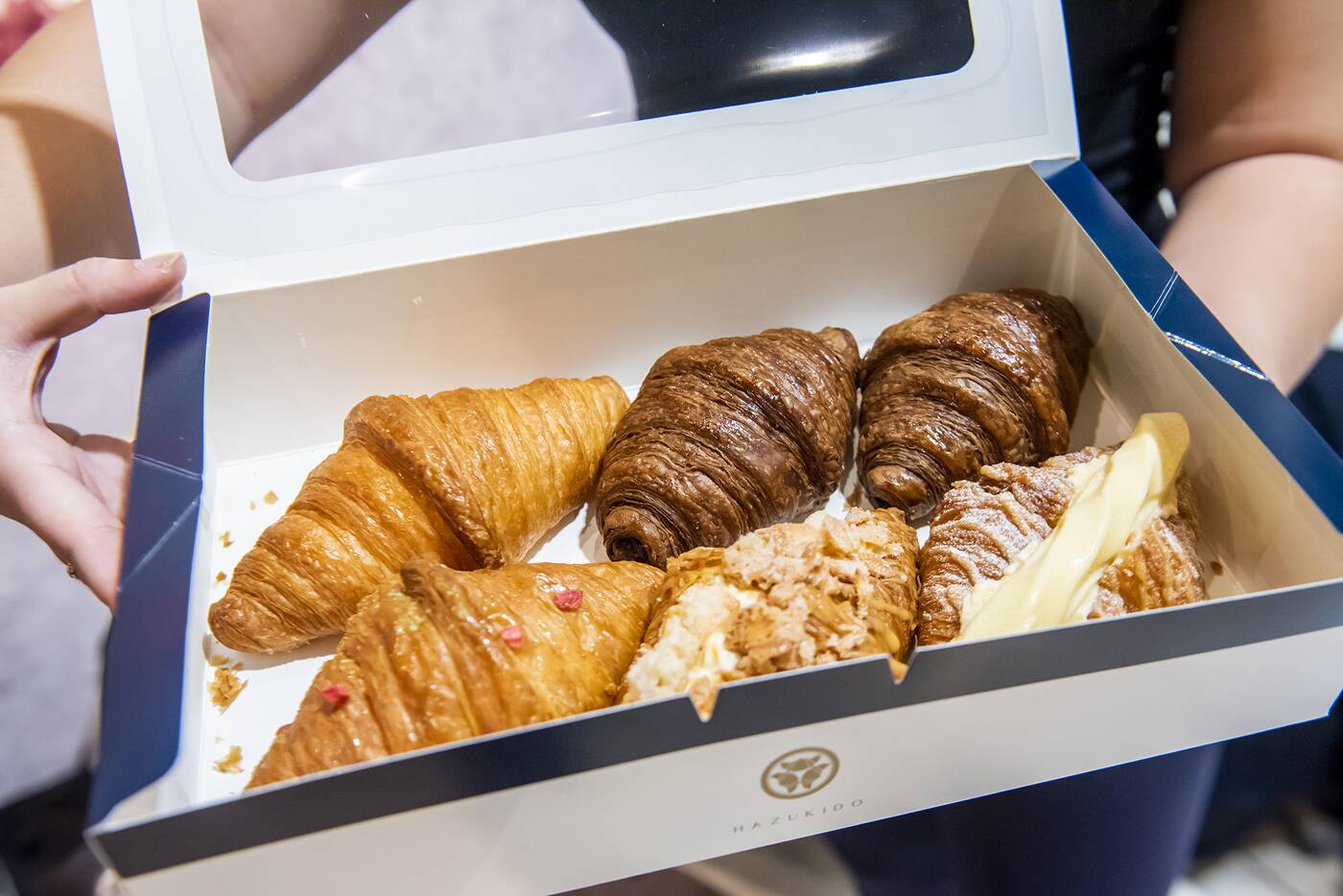 You can get the croissants in customizable boxes of six. 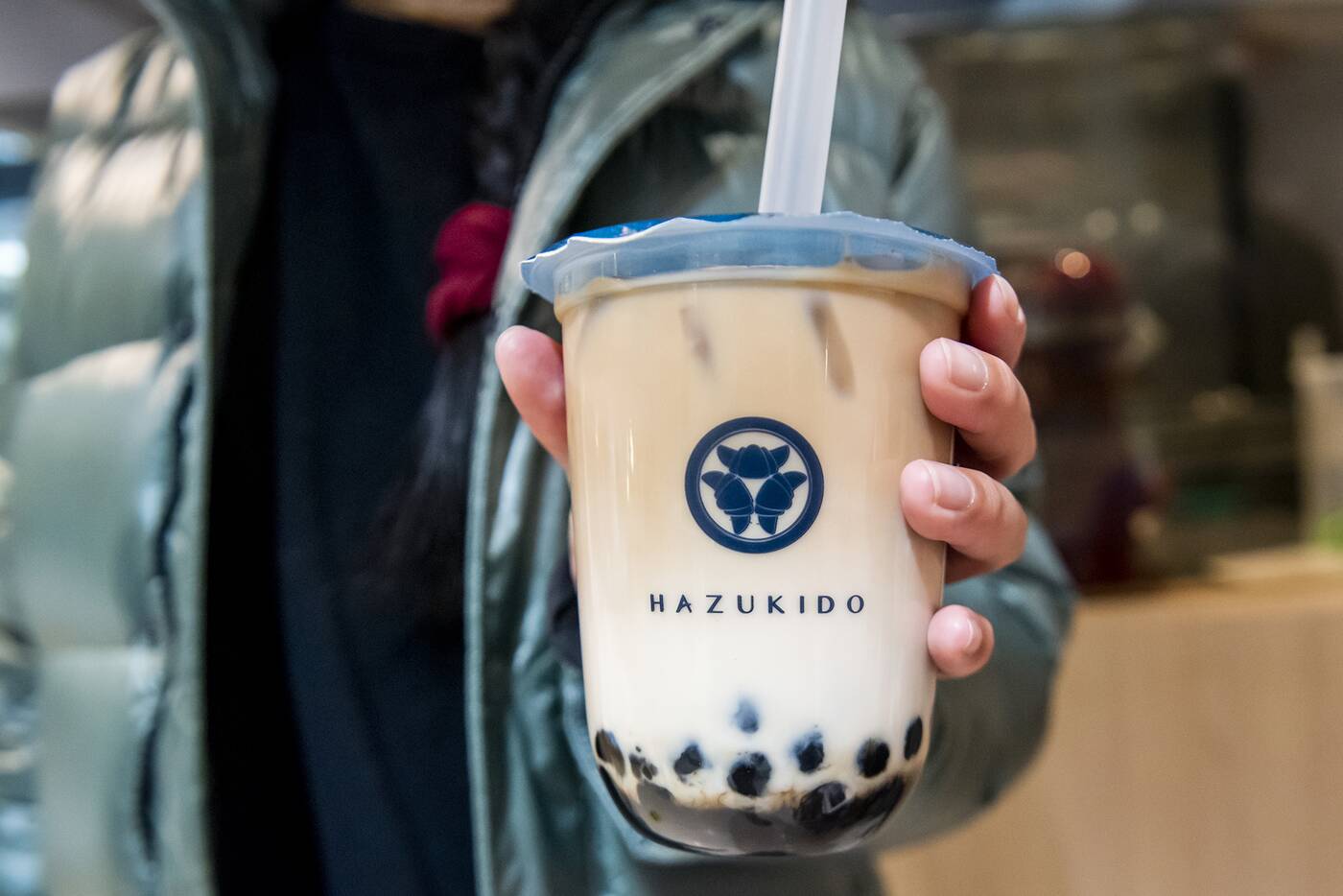 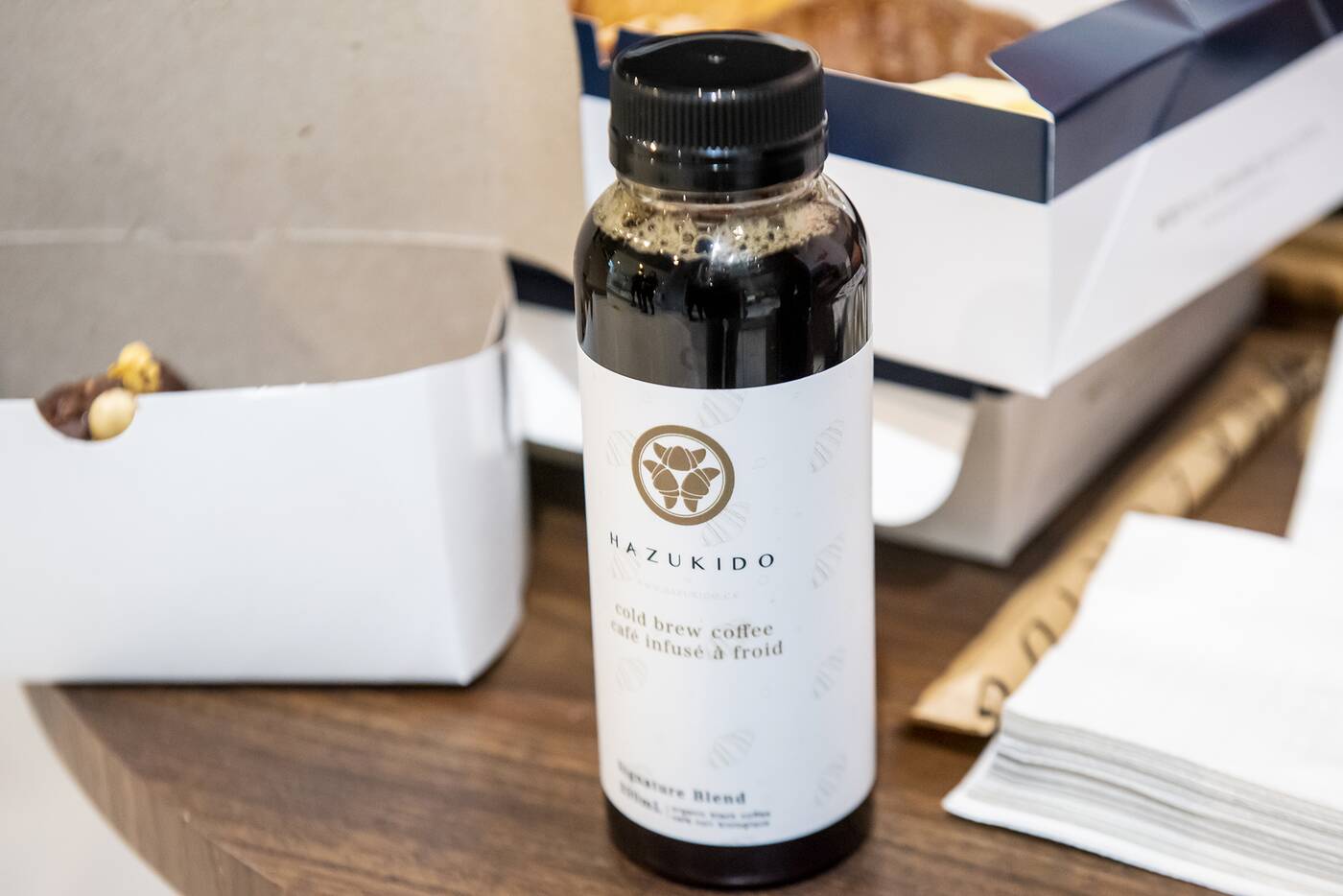 And exclusively offered in Canada are bottles of cold brew made with beans from Hatch, because apparently we Torontonians love our caffeine. 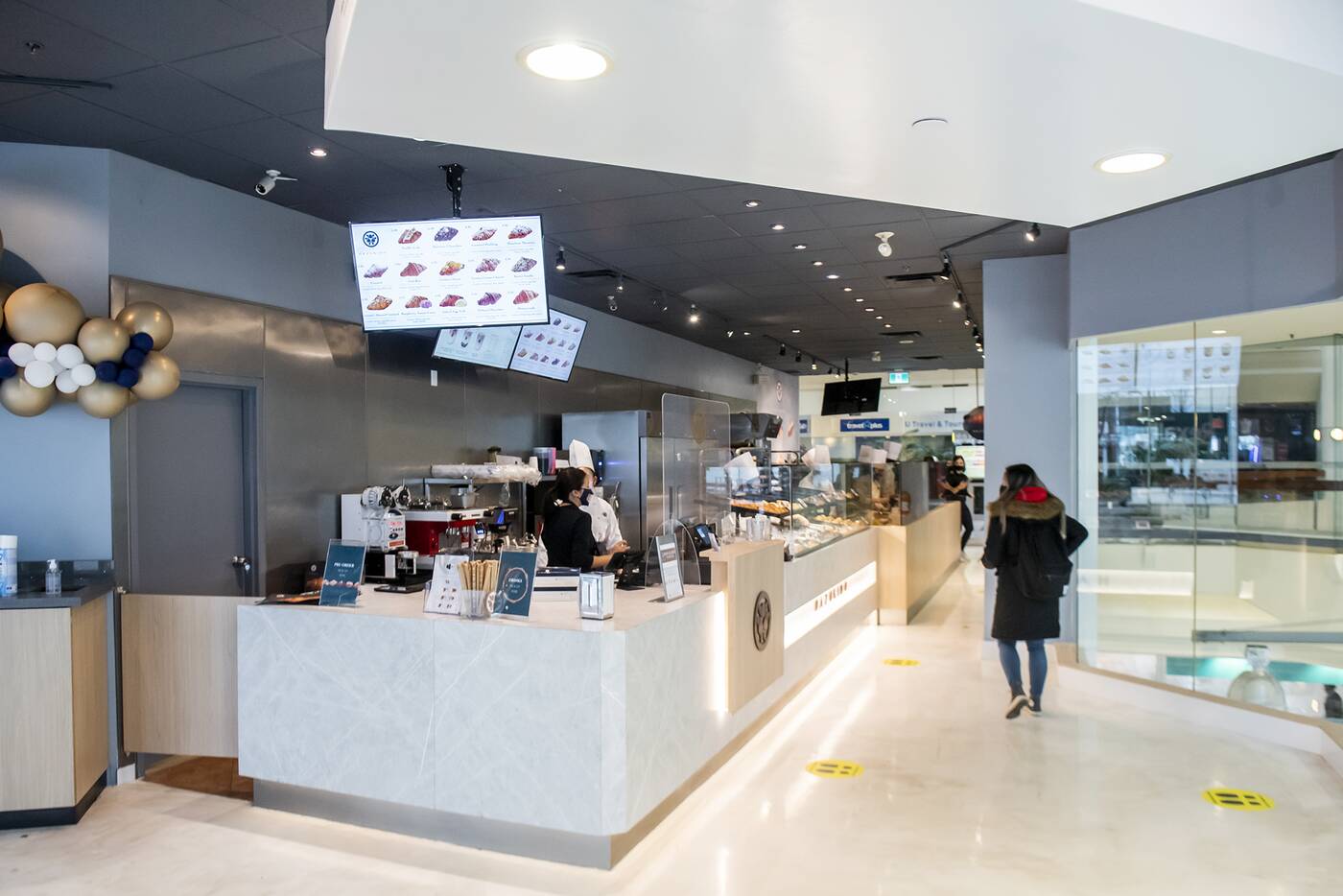