Toronto's new bridge finally arrived from Nova Scotia, and now that it's nearly in place, the striking red and white looks stunning on the waterfront.

The Cherry Street North bridge arrived this weekend after a long trip on a massive barge from Nova Scotia down the St. Lawrence Seaway. 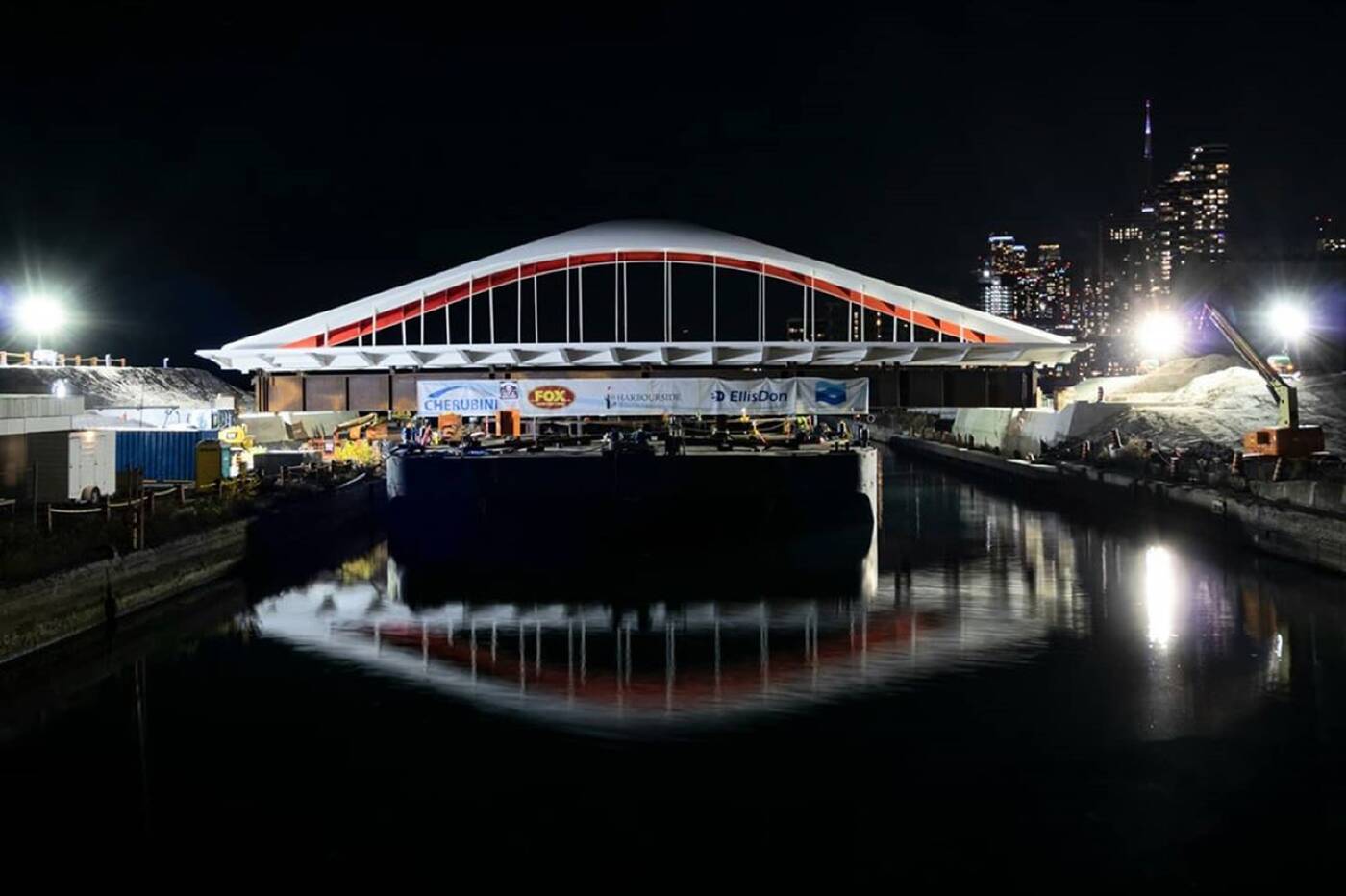 On Tuesday night, the bridge was moved over the water - and it looks fantastic.

People nearby the action couldn't help but remark on the new installment, part of the Port Lands redevelopment for 2024.

"So much excitement around #BridgeWatchTO as the new Cherry St North bridge swings into place!" said one person on Twitter. 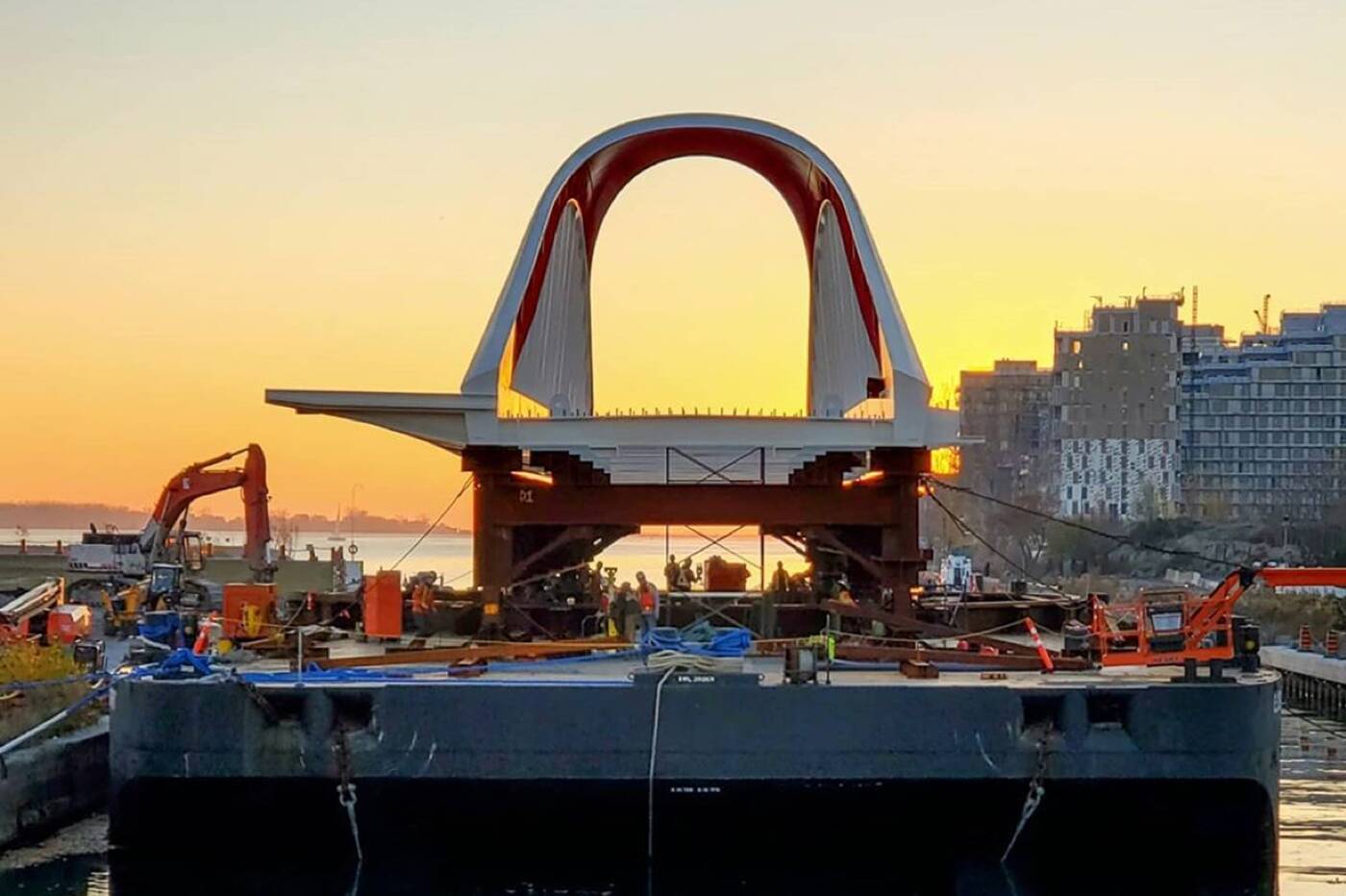 "Undoubtedly the coolest cargo to arrive in the Port of Toronto this year. A sign of the changes to come in this once derelict part of the city," another person said. 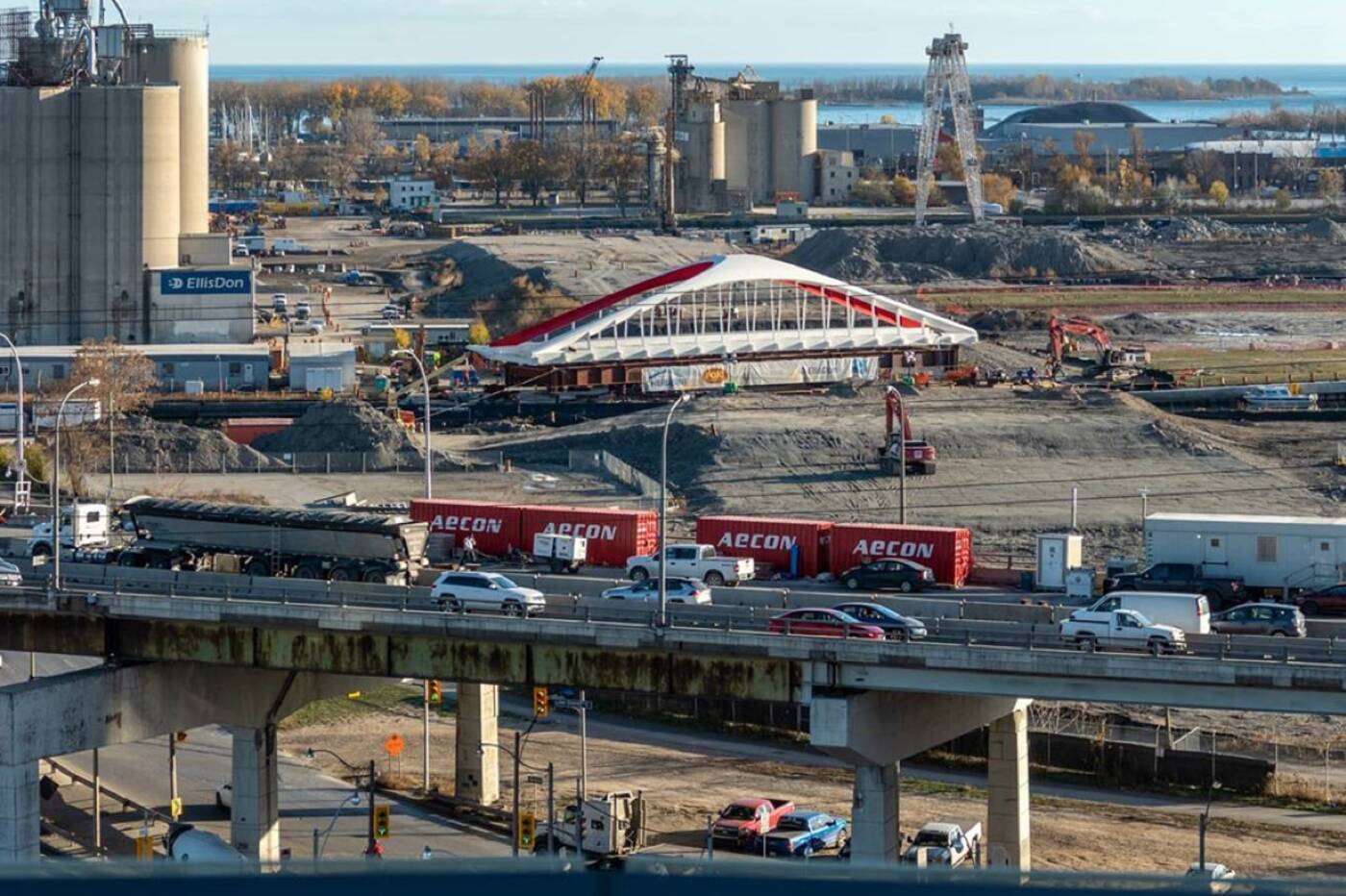 The bridge seen from the Distillery District. Randy Hoffman photo

Randy Hoffman captured a few photos of the bridge being put in place from his balcony in the Distillery District on Tuesday afternoon and evening. He then walked down to Keating Channel to take a few more and watched during the "gorgeous sunset." 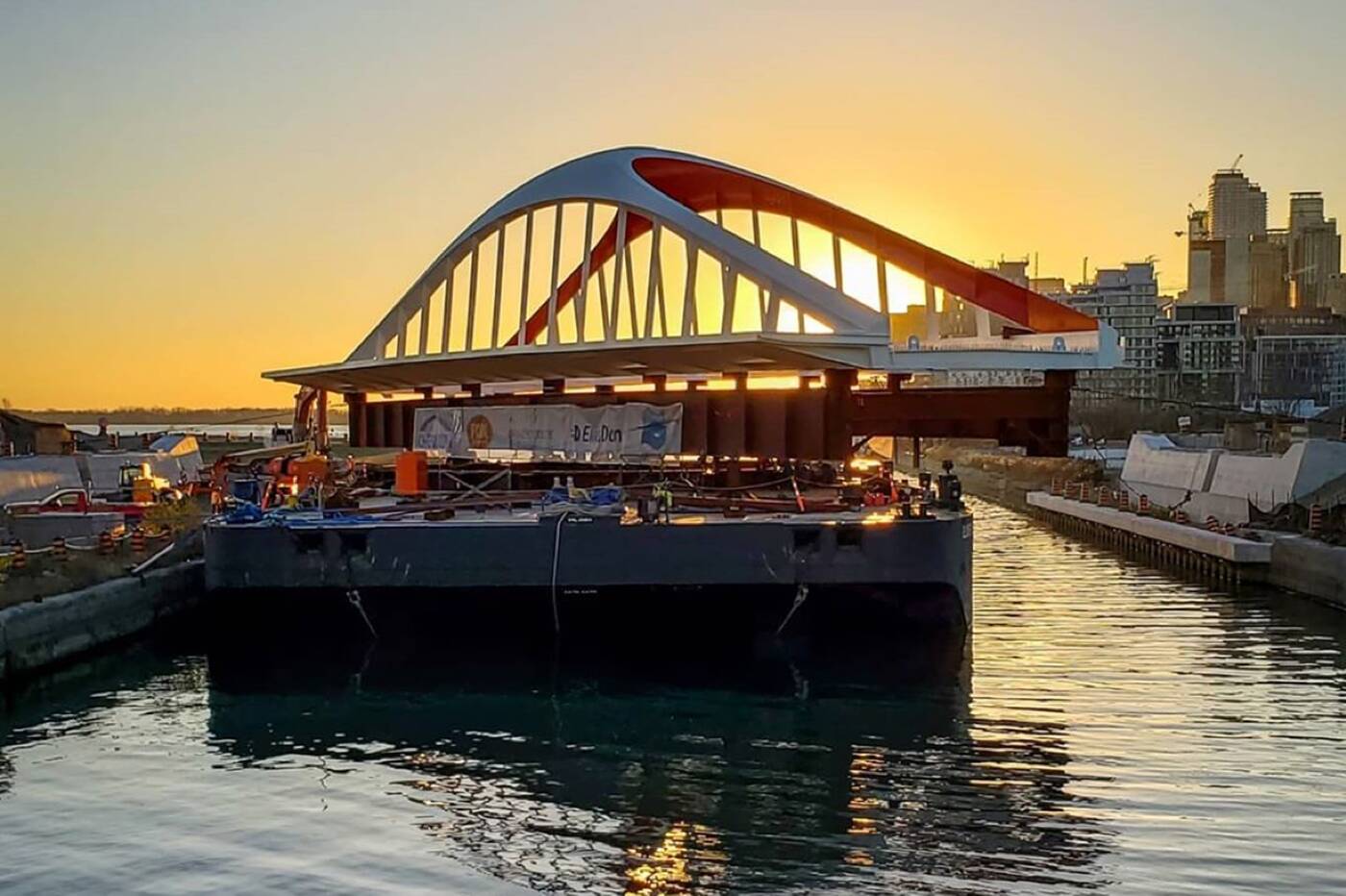 The bridge was rotated into place on Tuesday night. Randy Hoffman photo

On Wednesday, the barge was filling with water ballast for it to sink enough to set the bridge onto its foundation, Hoffman said. 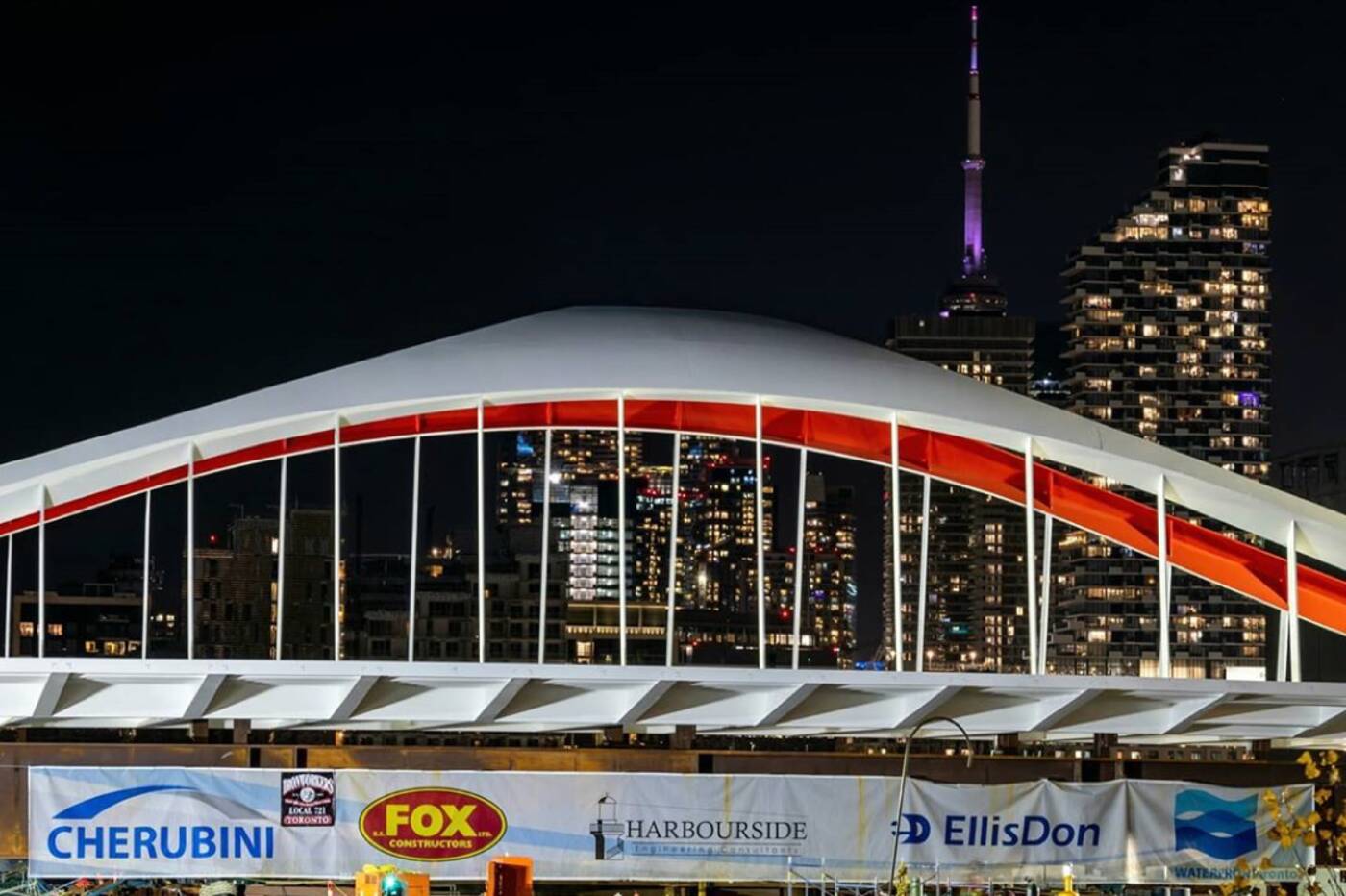 The bridge will connect the city to a new development called Villiers Island. Randy Hoffman photo

The bridge is one of two set to be installed side-by-side to connect Villiers Island: A brand new mixed-use community, purpose-built with nature in mind to revitalize old industrial lands that are roughly as large as the downtown core.

Villiers Island is expected to be complete by 2024.