What car dealerships used to look like in Toronto

When the car went boom in North America, the landscapes of cities like Toronto were changed profoundly. Streets were widened, highways were built, streetcar routes were retired, and dealerships popped up all over the place. Yes, even downtown areas had showrooms back in the day.

In fact, Bay St. north of College was something of a dealership alley, with multiple showrooms lining the street, including the sprawling Addison dealership, which was that last one standing and ultimately replaced in the late 2000s by the Burano condo, though the bottom portion of the building as been at least partially retained.

Other streets were also rich populated with dealerships. The Danforth, for instance, housed about a dozen dealerships, big and large, across its span in the 1970s. The space now occupied by Carrot Common was once a GM dealership.

Aside from Bay St., Toronto's car dealerships were typically concentrated in the boroughs of pre-amalgamation Toronto, rising in lockstep with the suburbs that were made possible by automobile ownership. Many of these dealerships showed off outlandish architectural designs reminiscent of the motels and gas stations of the time.

The 1950s and '60s were all about pomp in the auto industry, which trickled down to the dealerships themselves. Now, as Toronto's density continues to push outward, the sprawling car lots of the midcentury no longer make sense. Many have moved further and further from the core as land costs continue to rise.

These spaces, as much as any others, tell the story of growing Toronto. 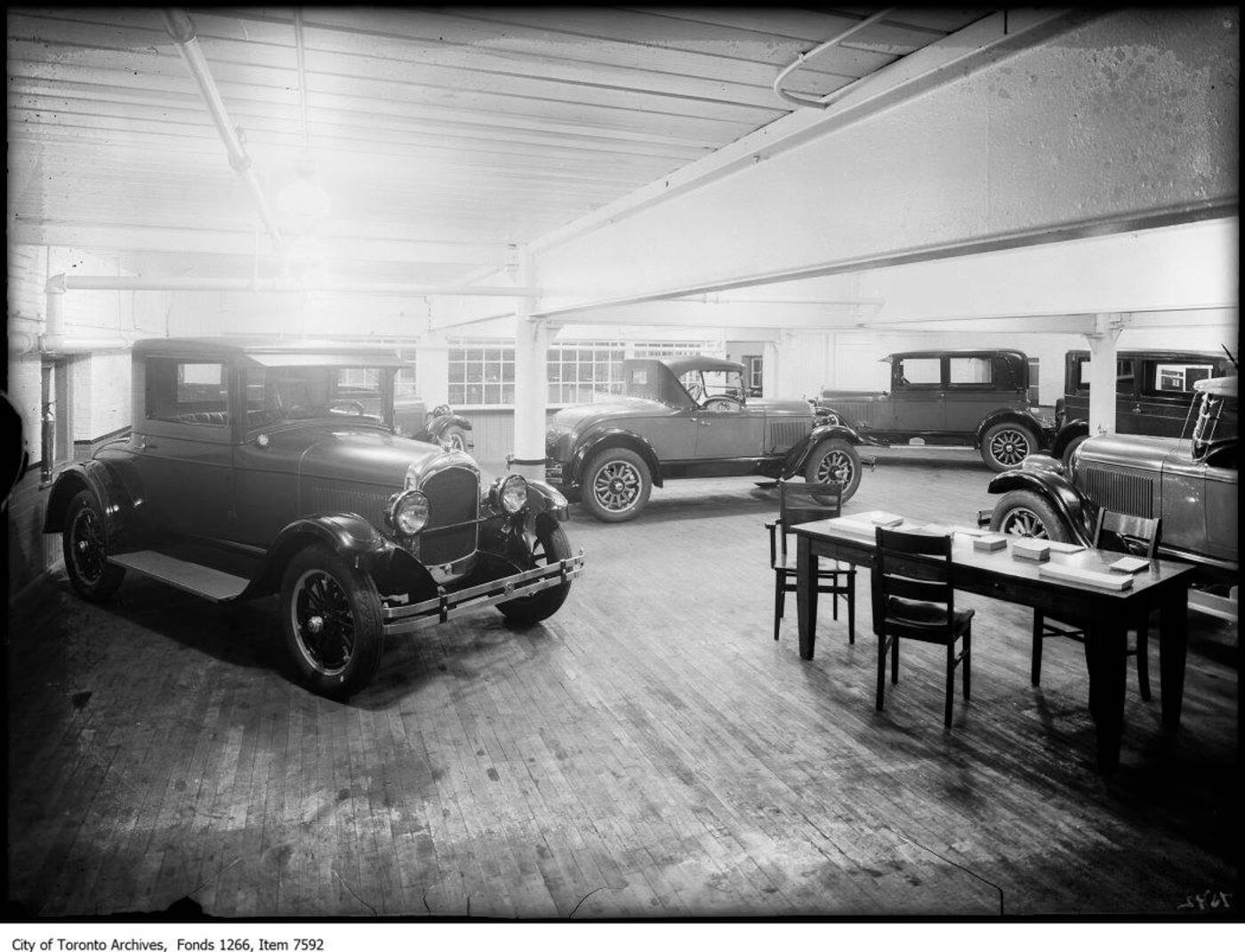 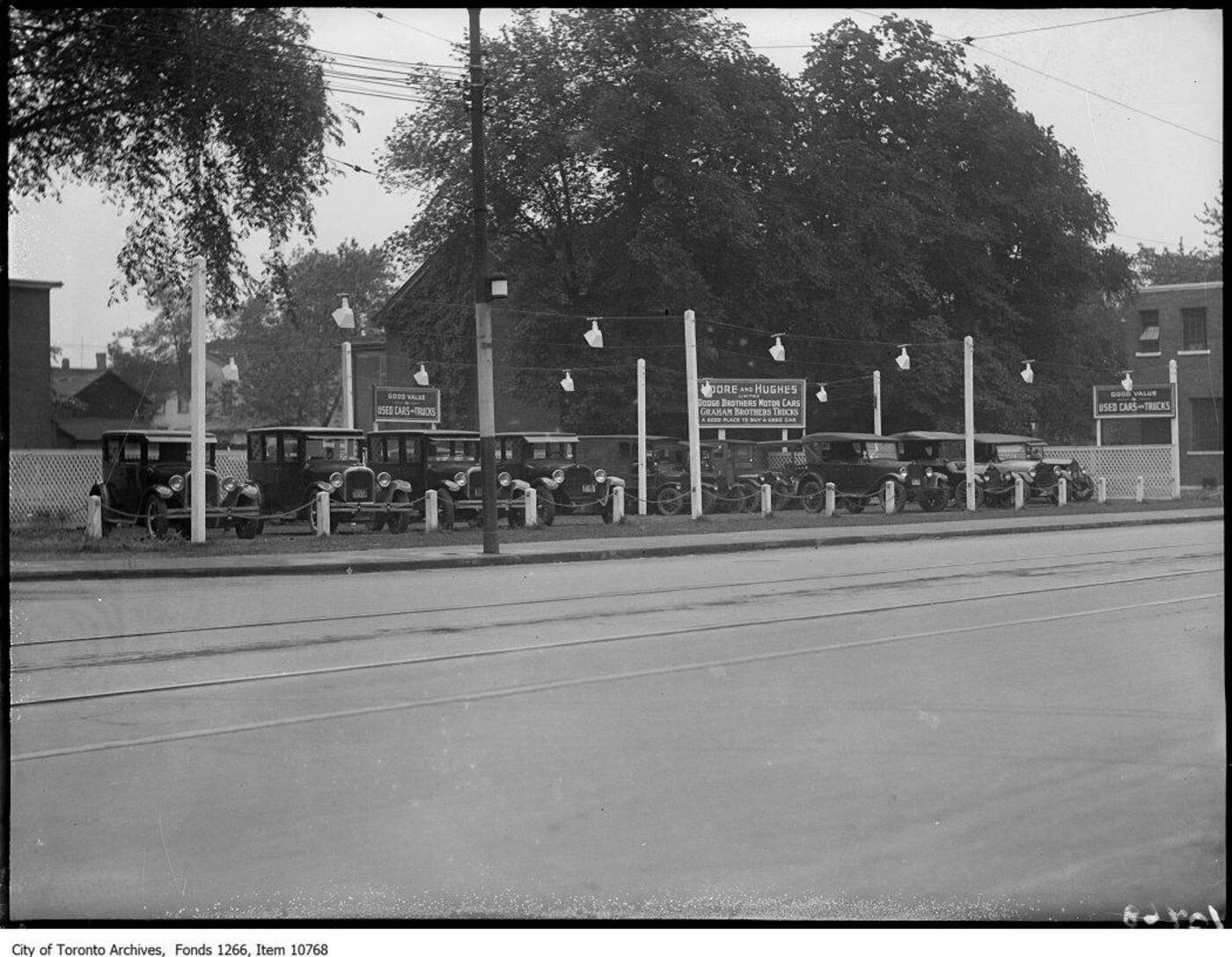 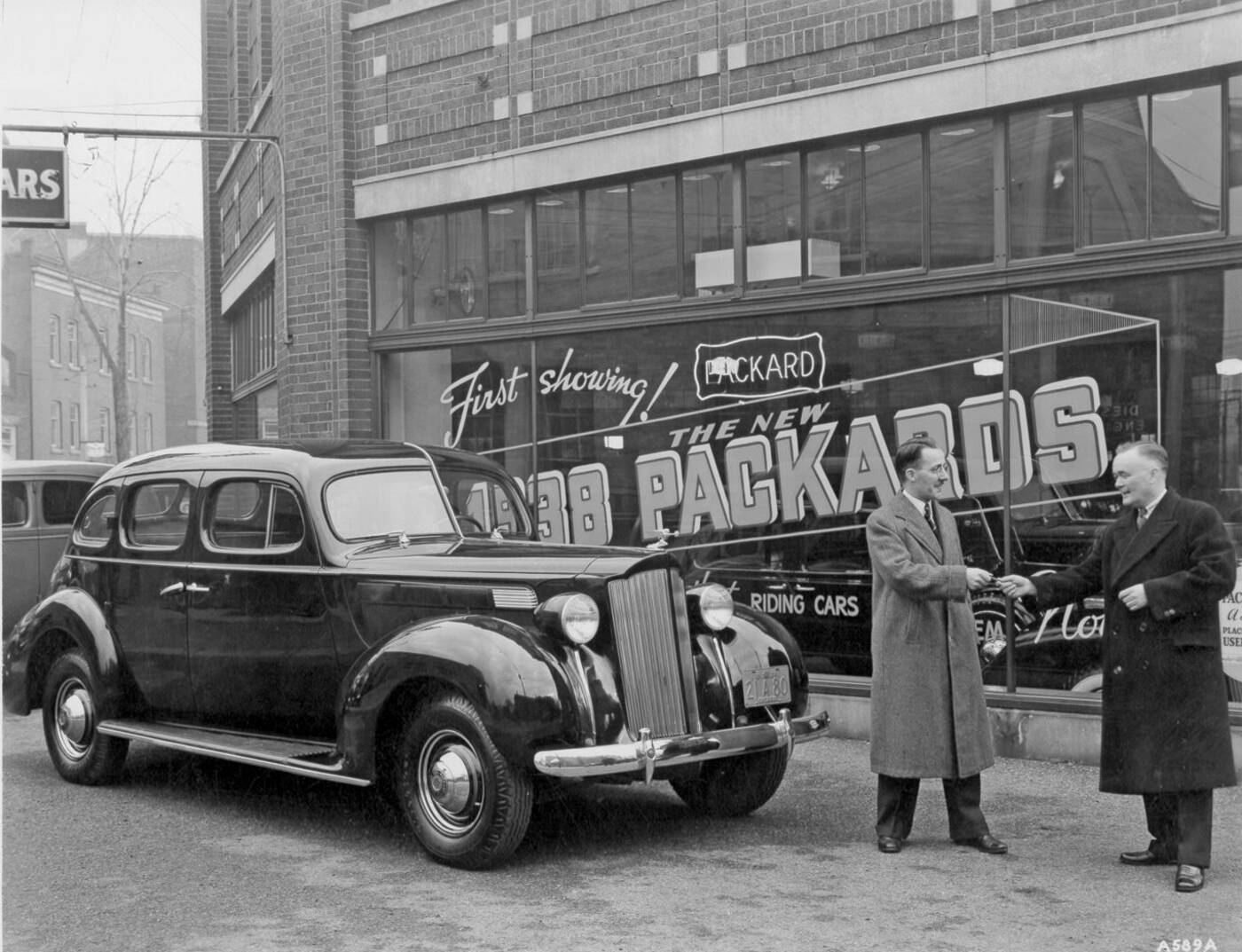 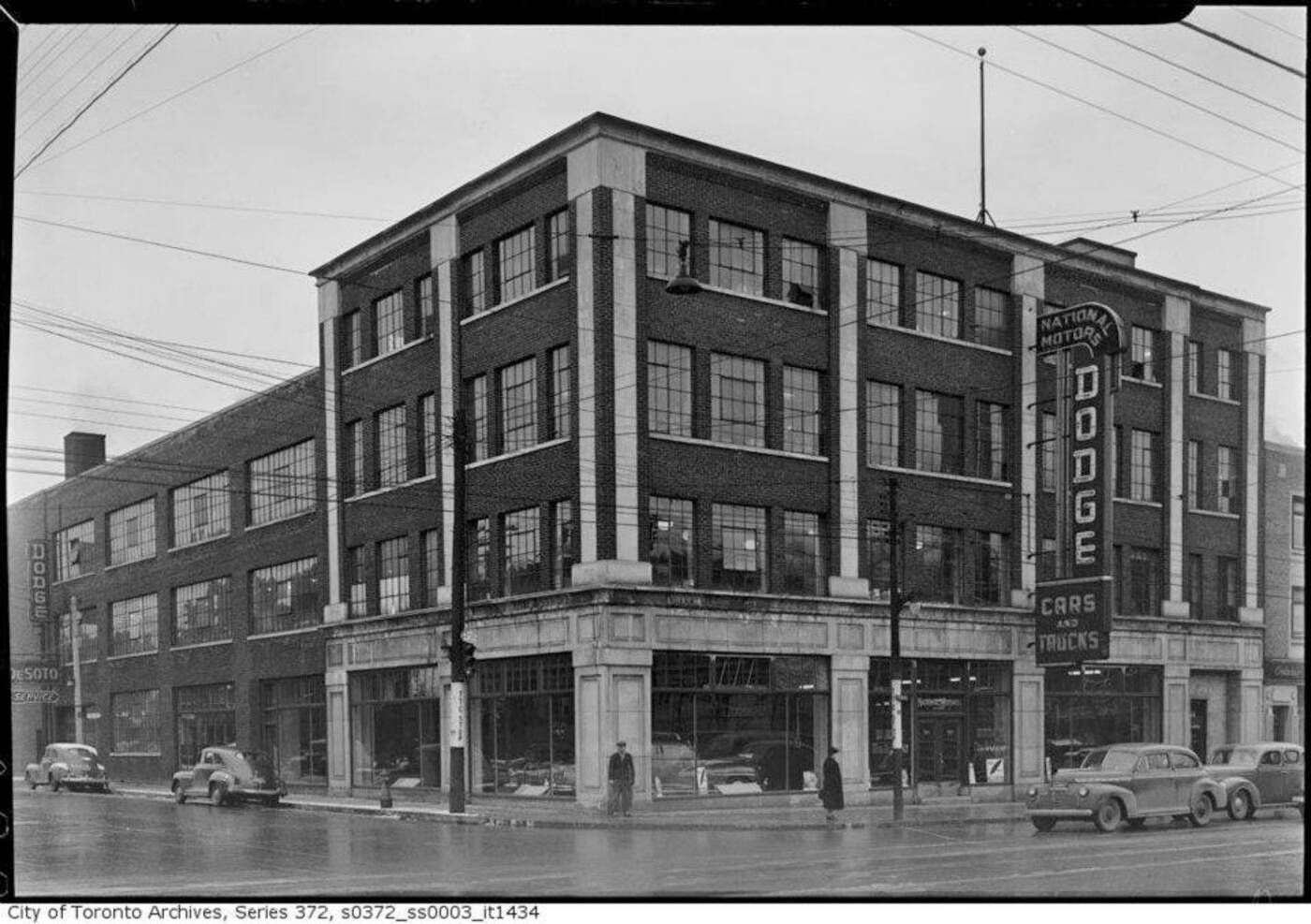 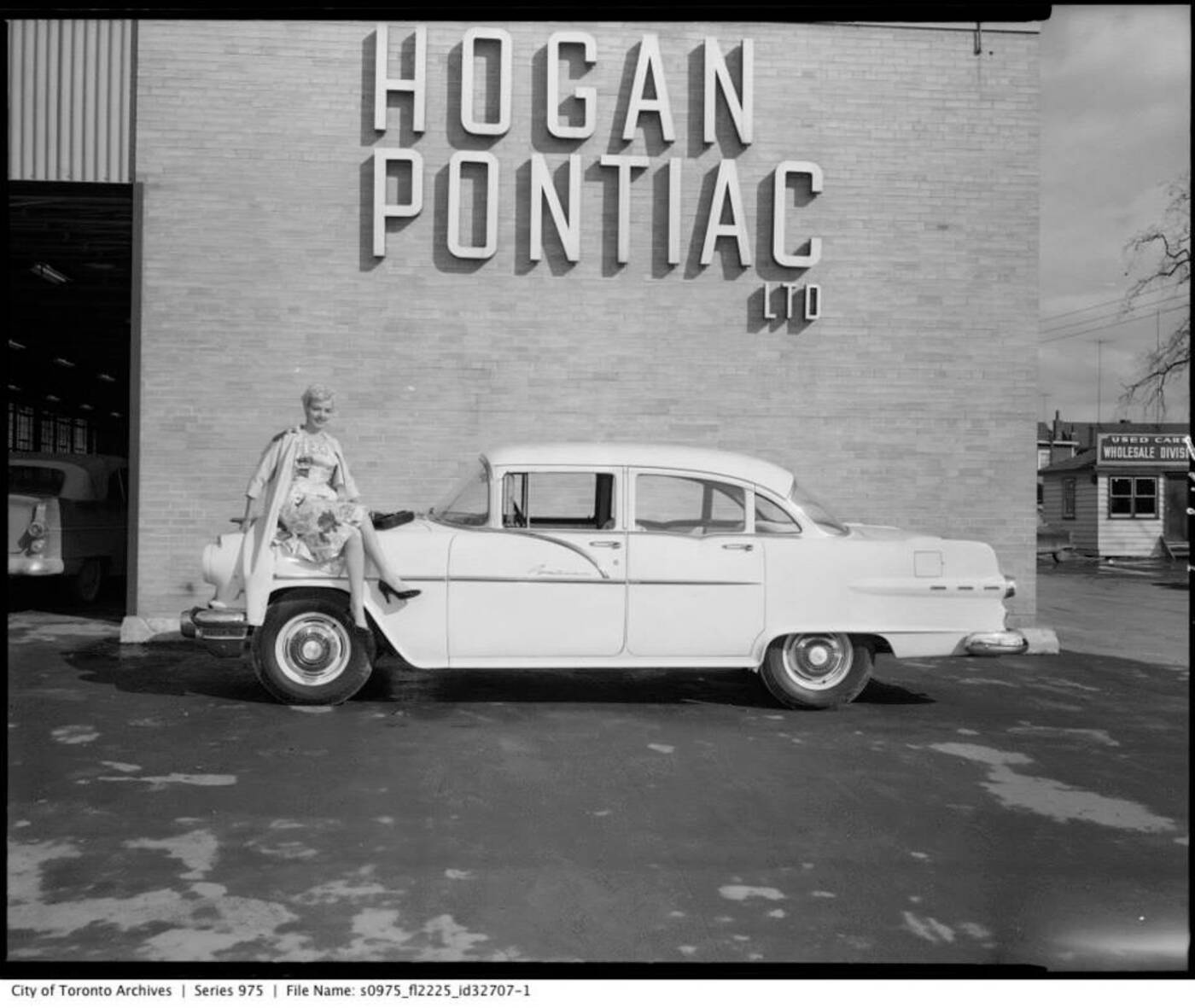 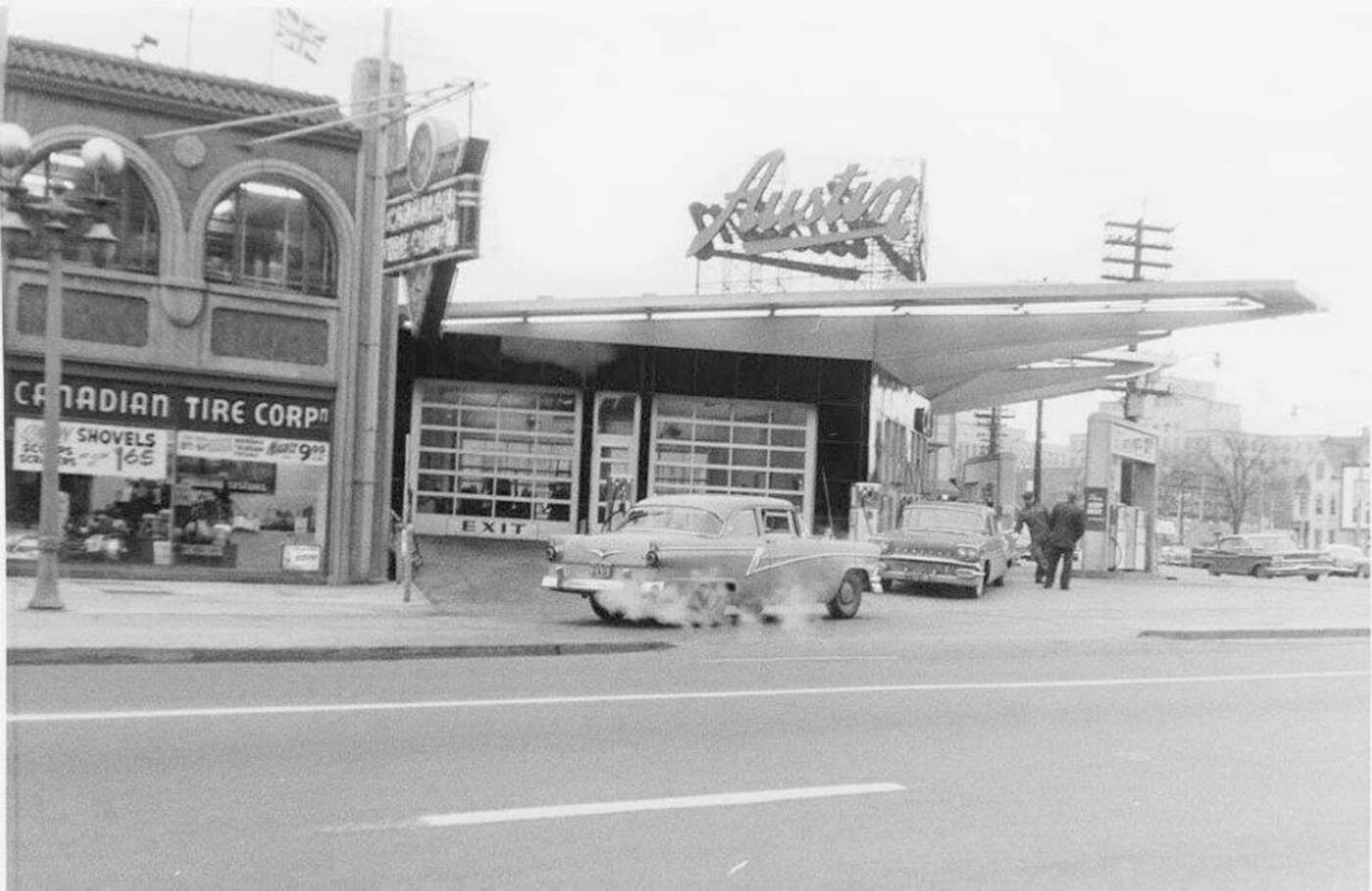 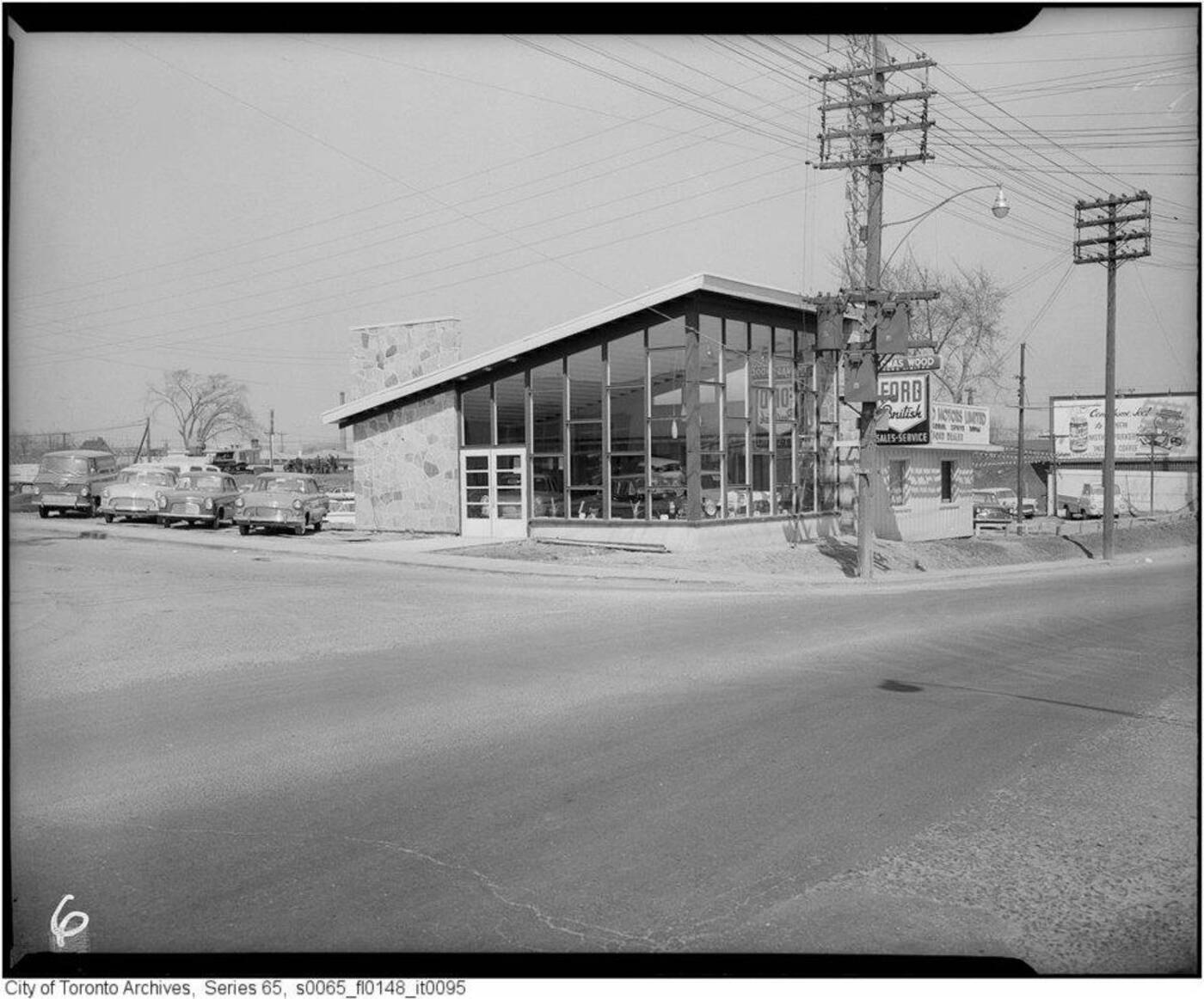 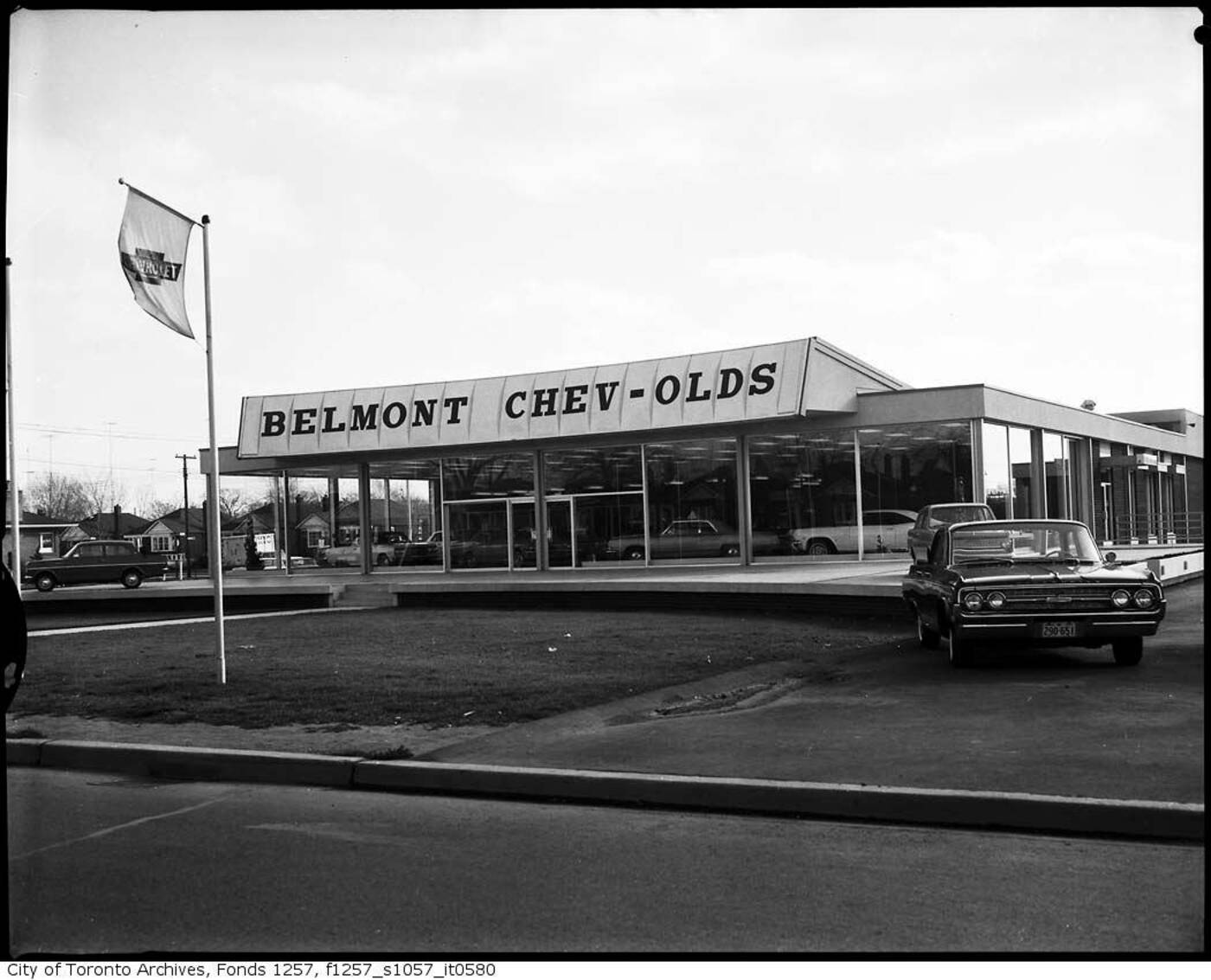 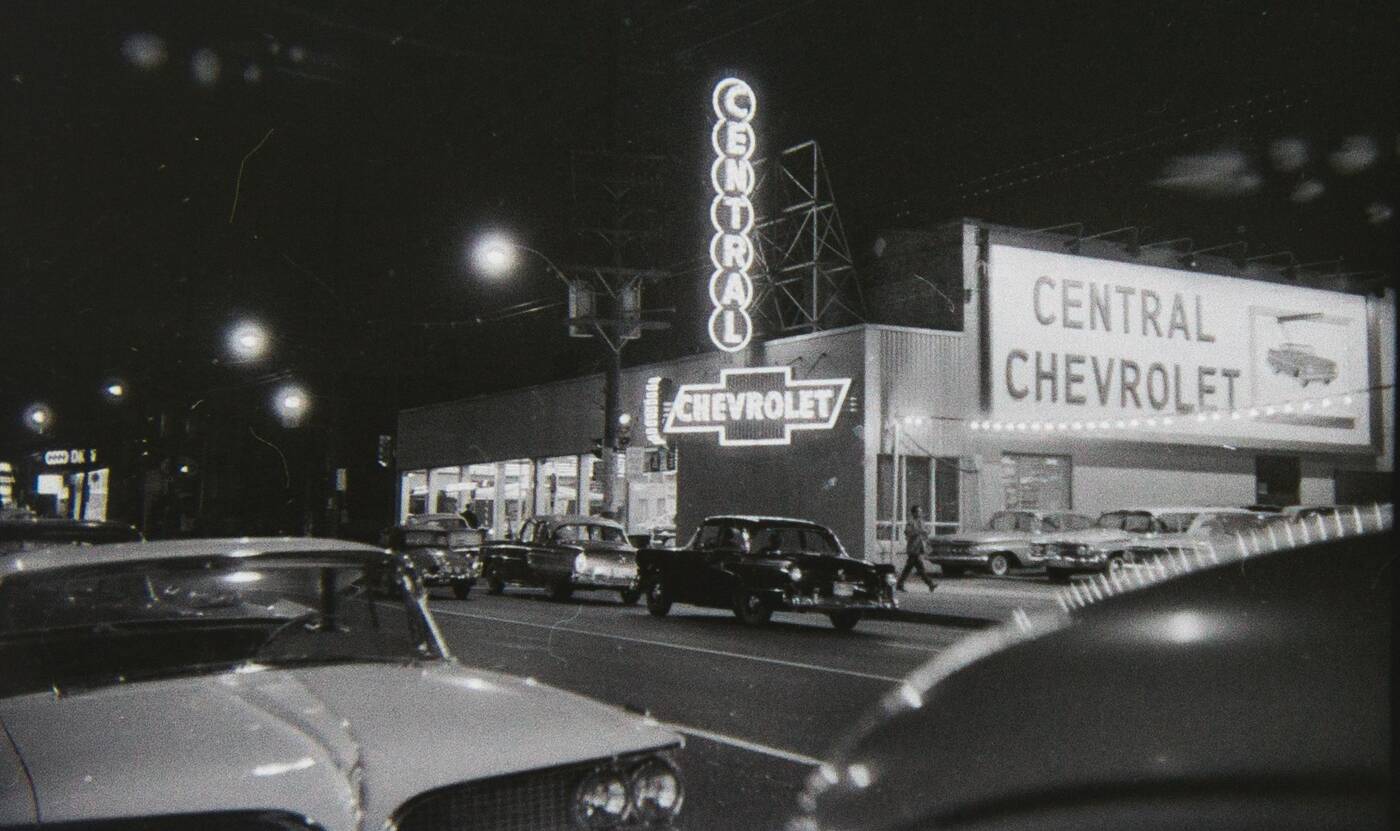 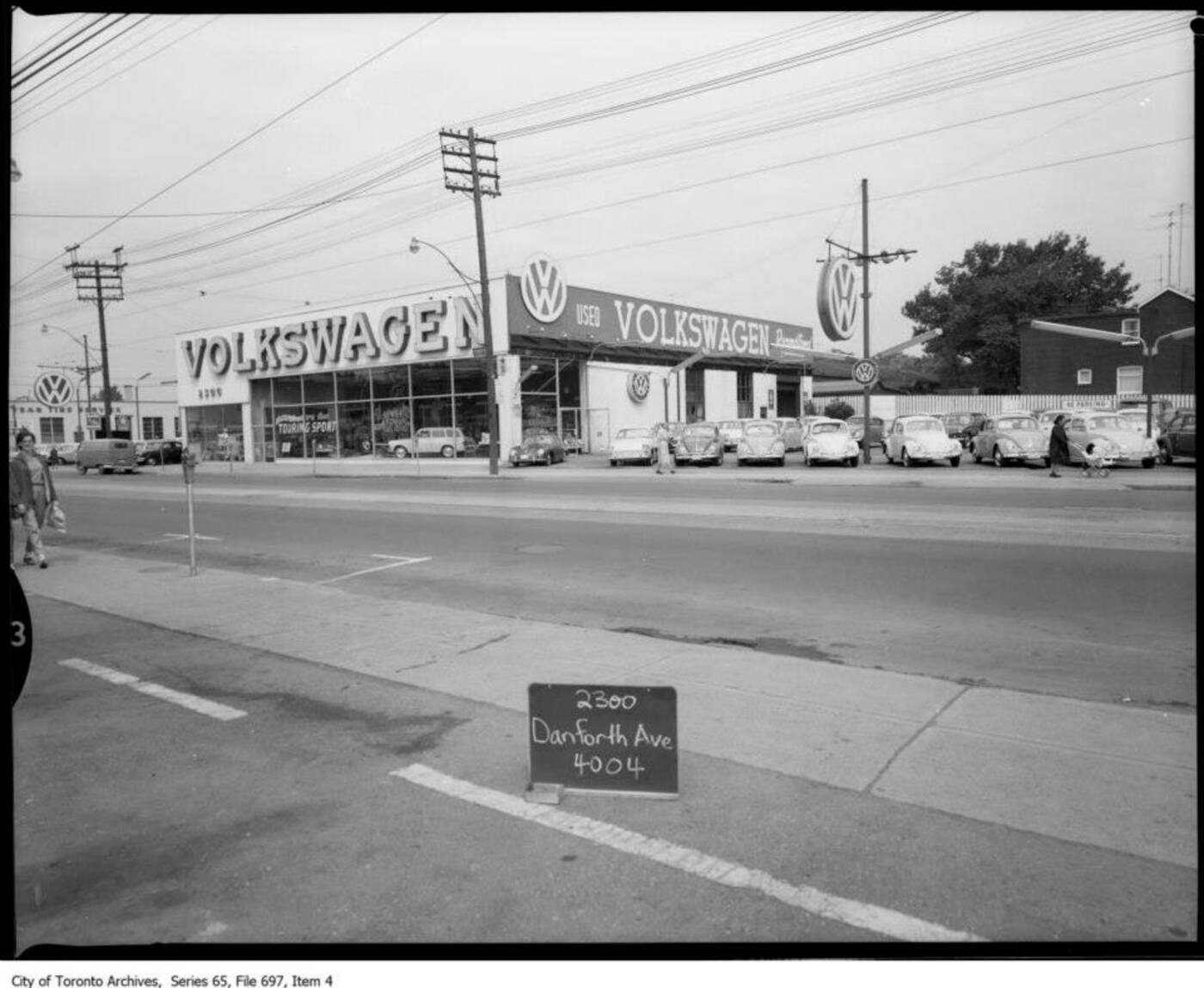 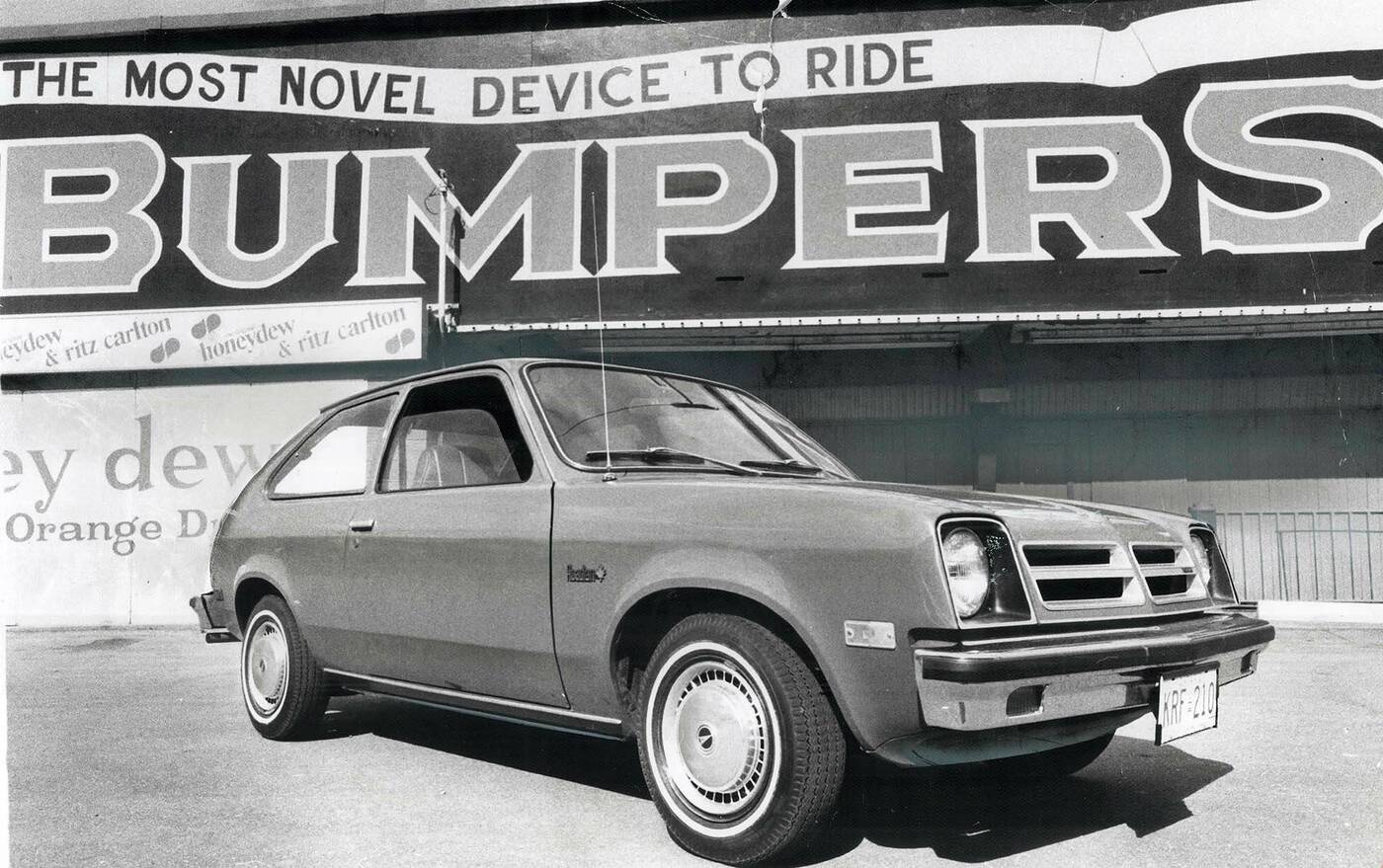 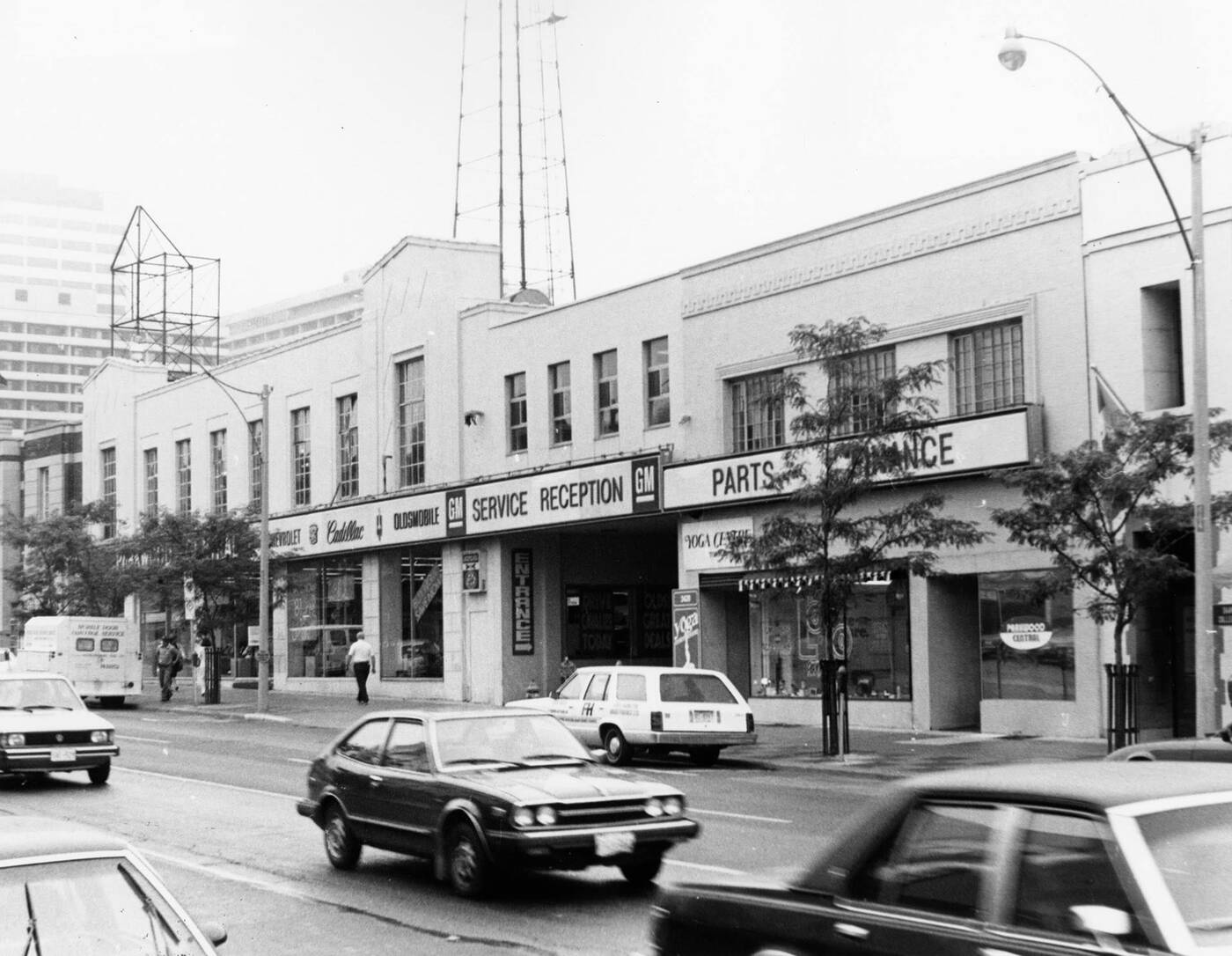 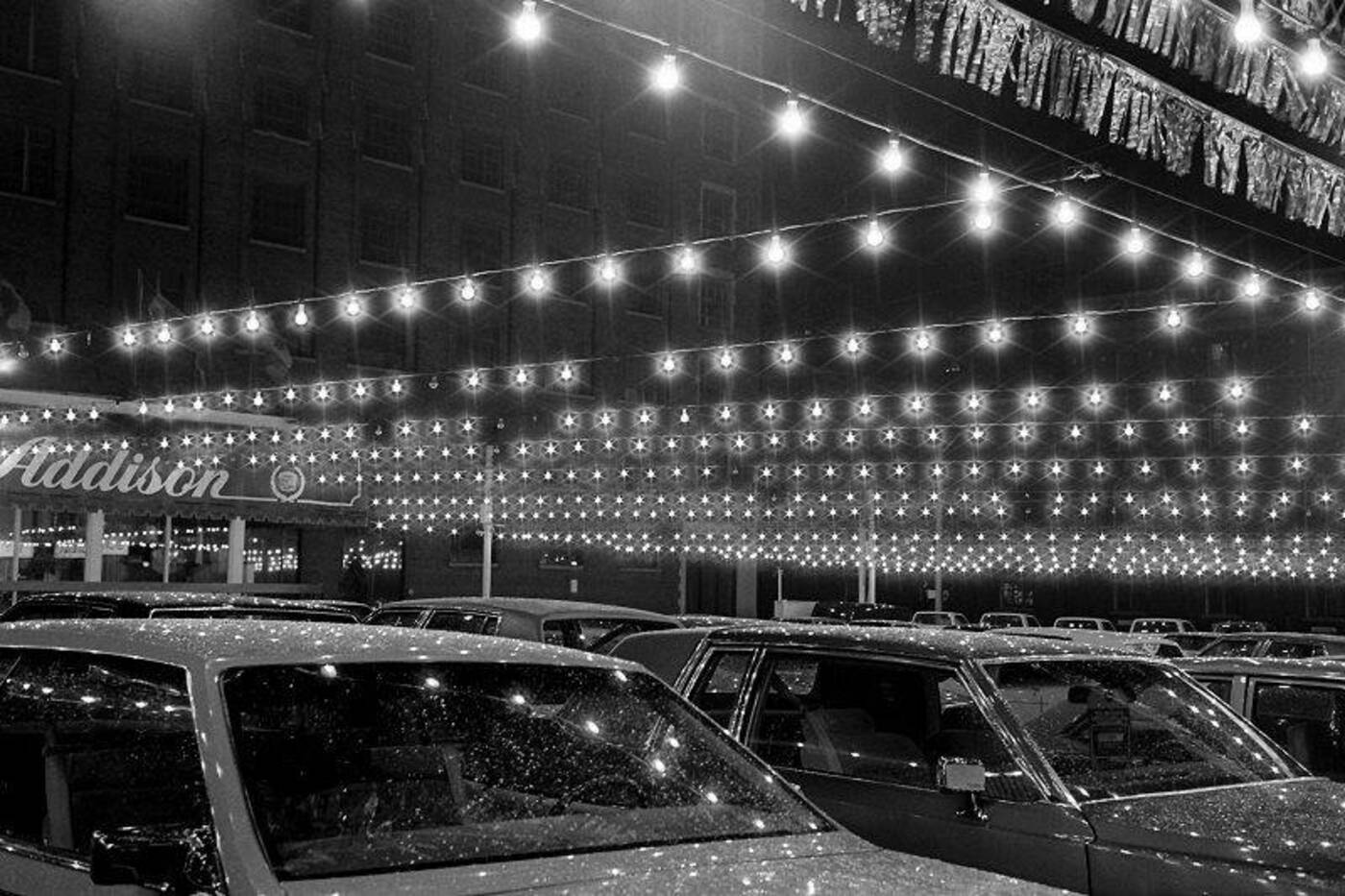 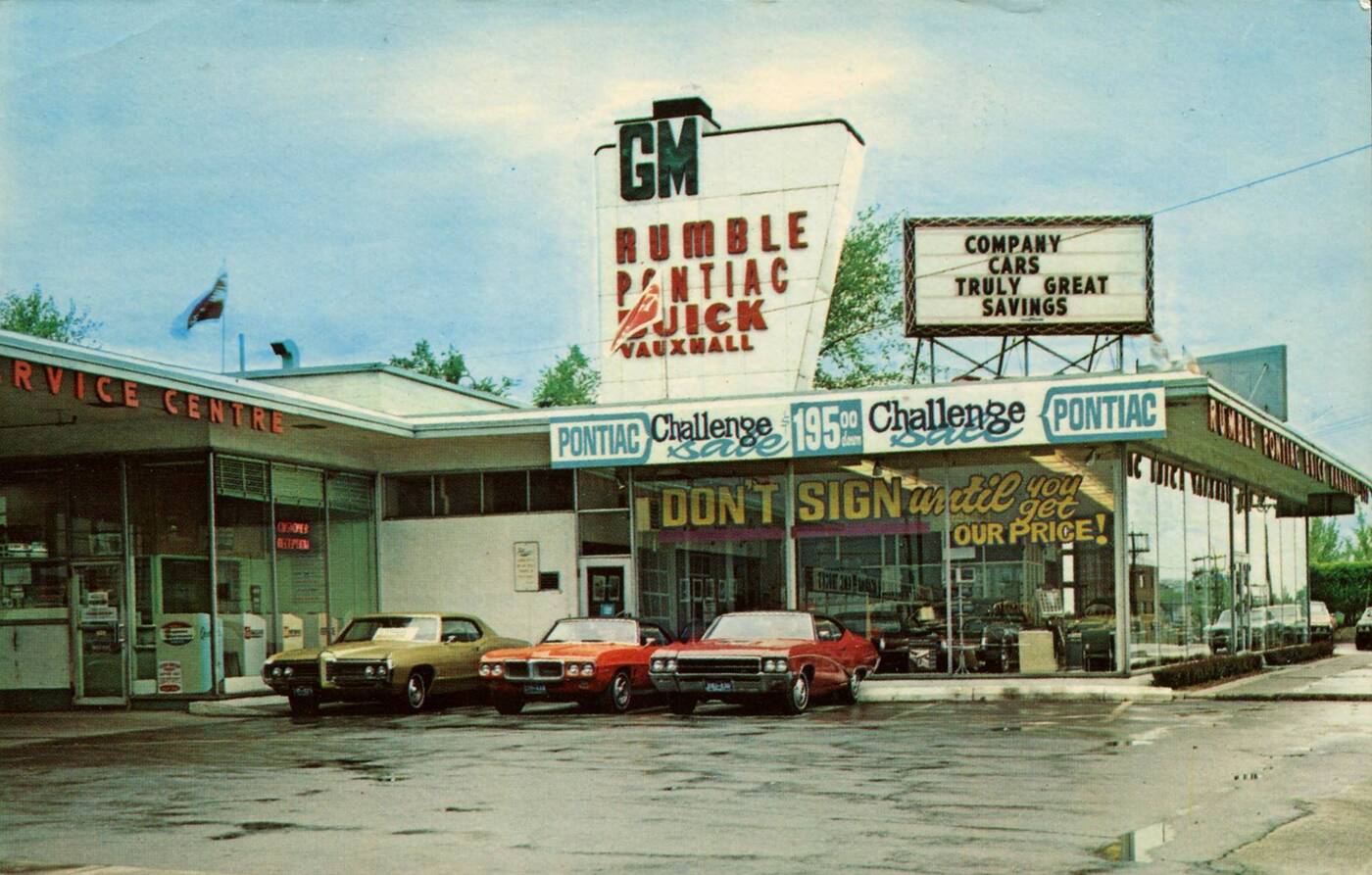 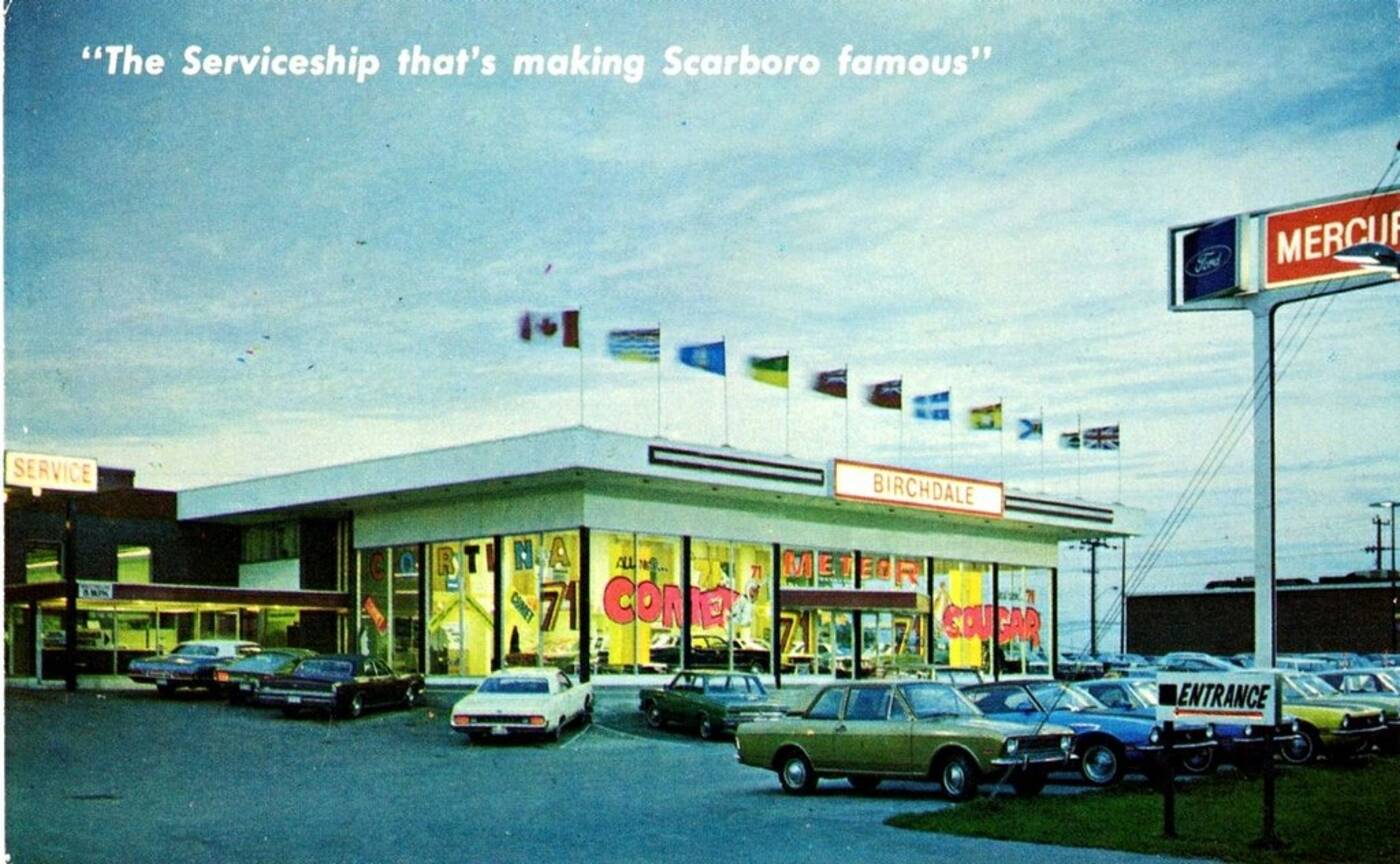 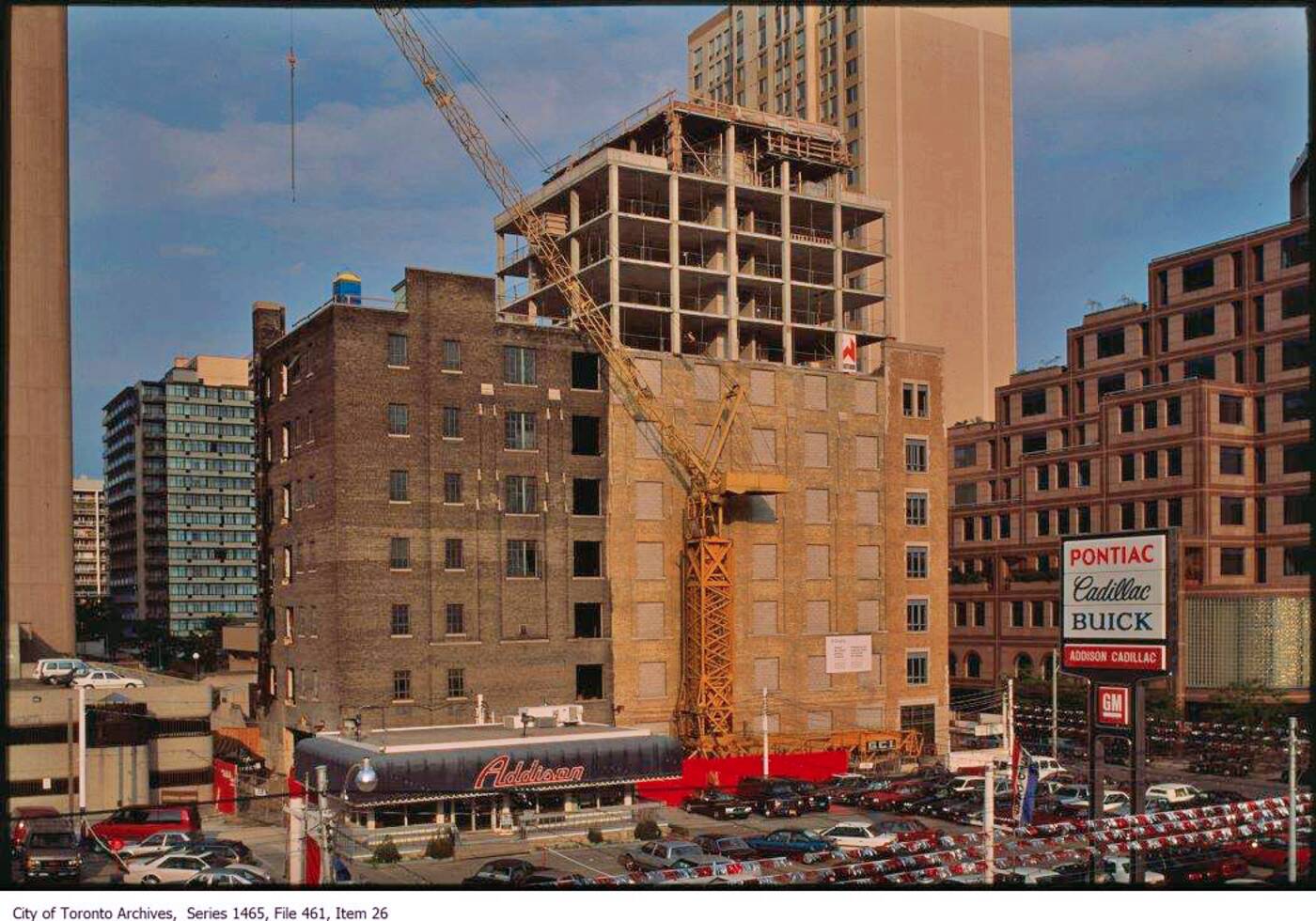 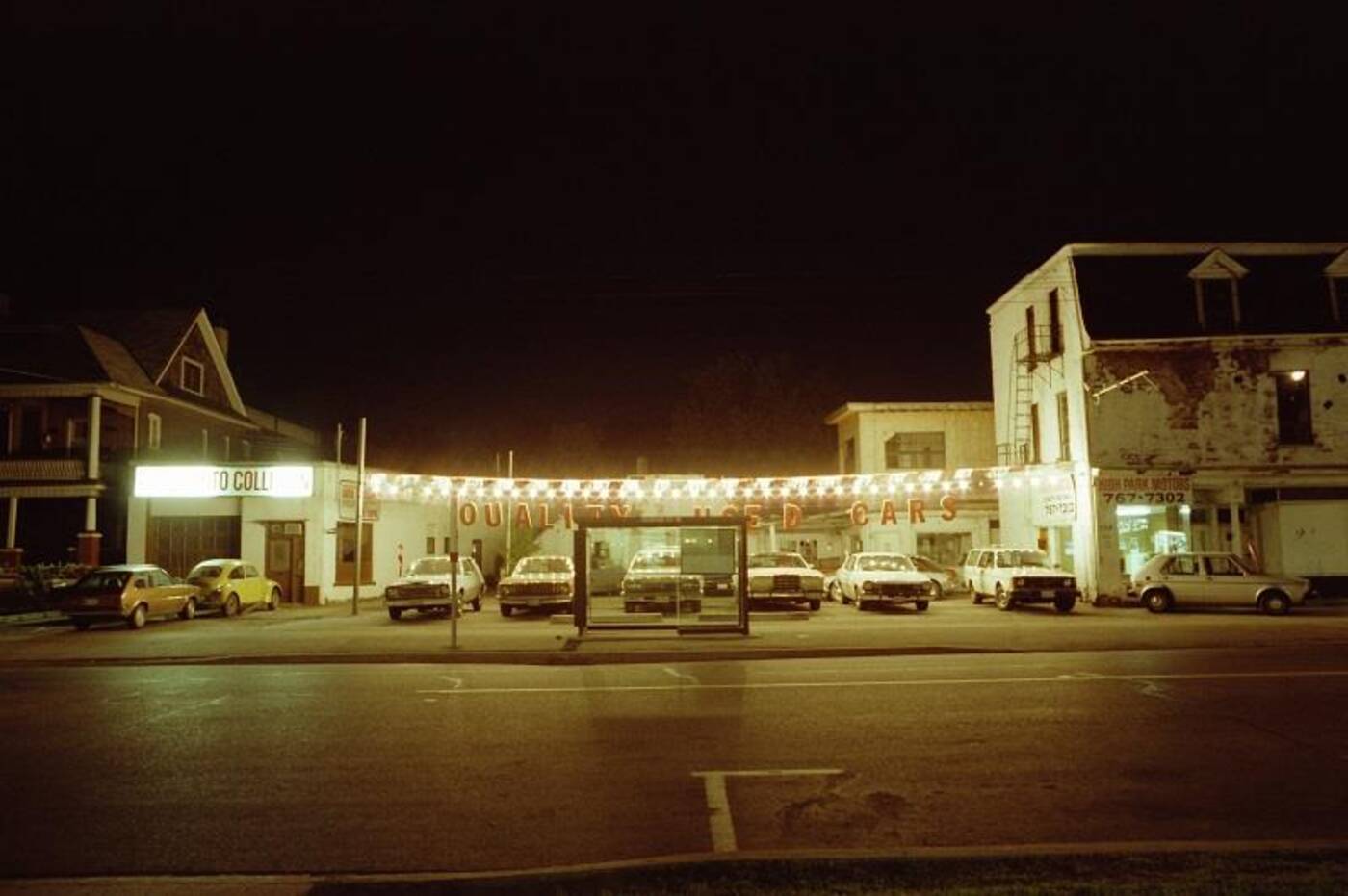 Car lot in the Junction, 1980s. Photo by Avard Woolaver. 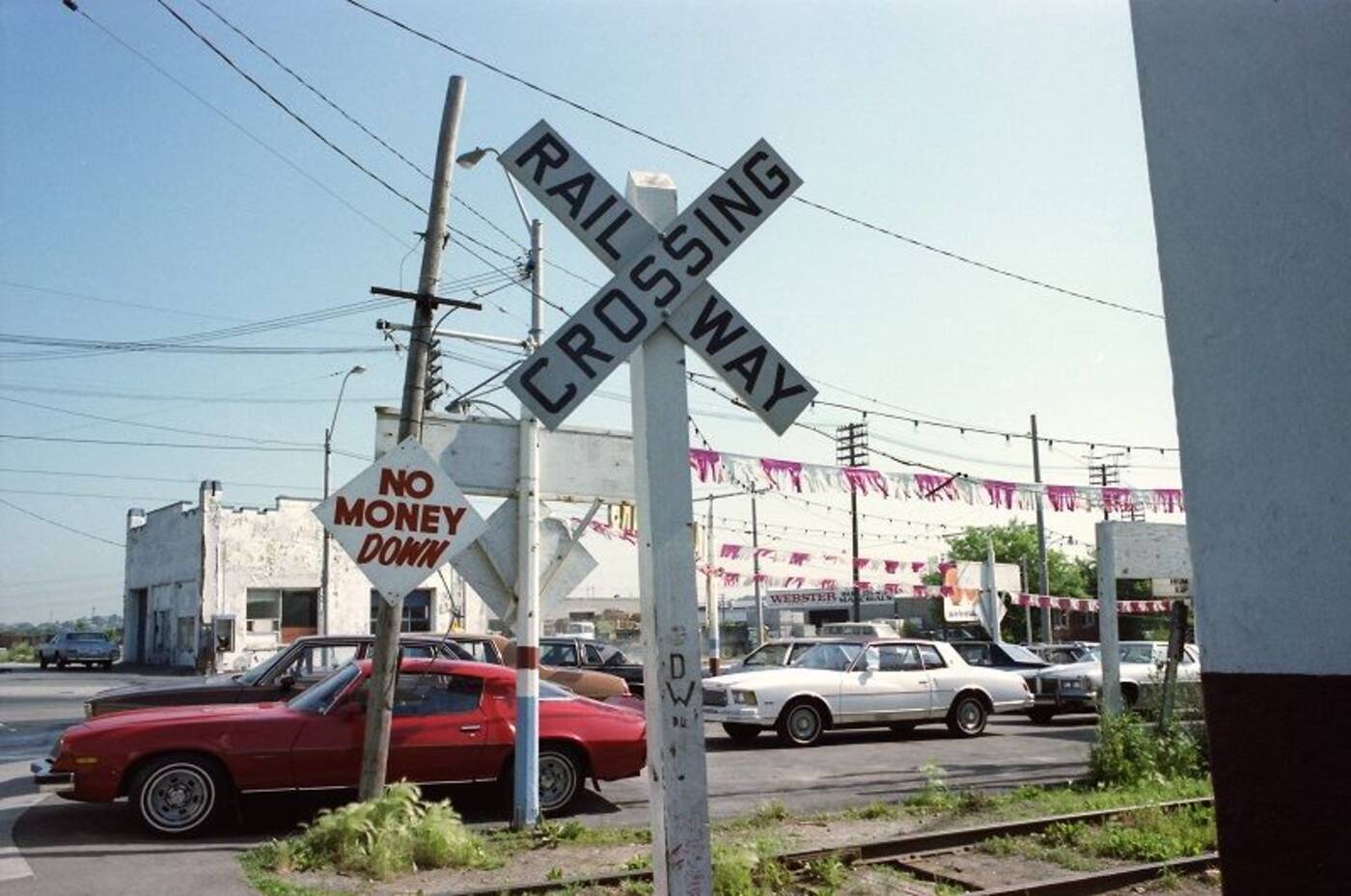 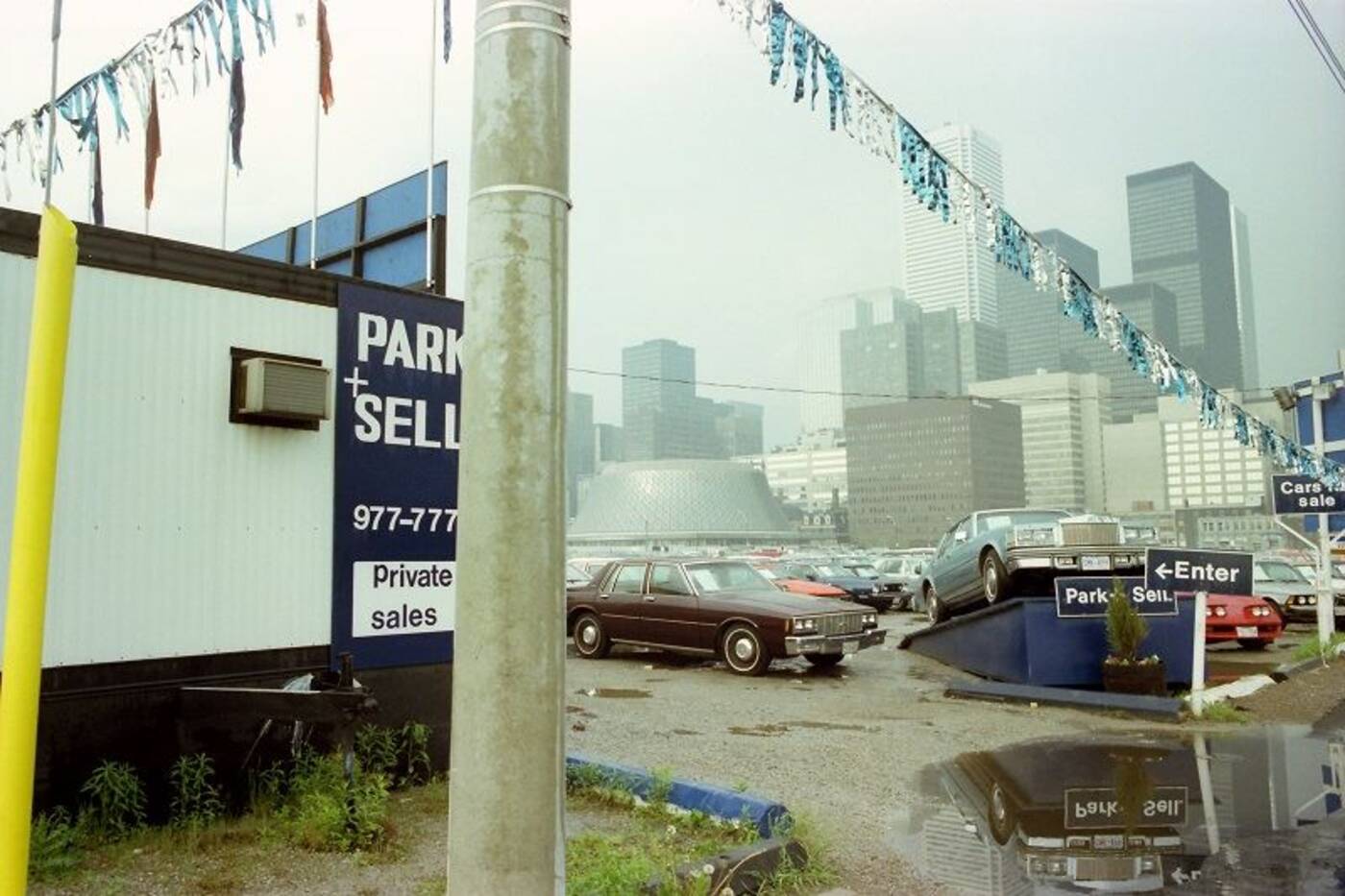 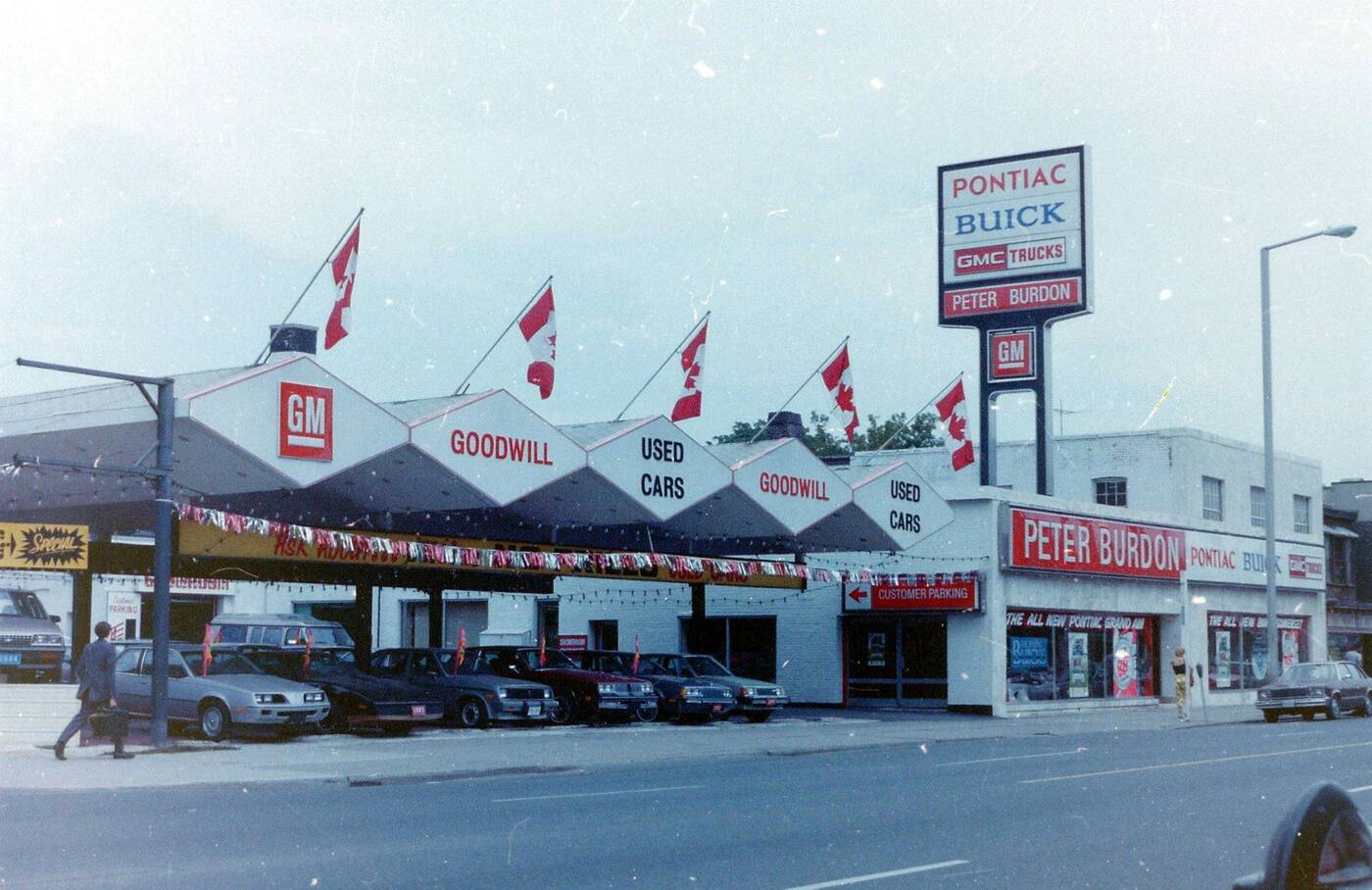