Clearly unwilling to settle for the series of progressive leaps from stock photos to television screens to the silver screen to published author, locally-raised movie star Simu Liu is now making the jump into the fast-paced world of Toronto condominium developments and interior design.

After rising to prominence on CBC sitcom Kim's Convenience, Liu was thrust into the global limelight in 2021 with a starring role in Marvel blockbuster Shang-Chi and the Legend of the Ten Rings.

He's hosted SNL and the Juno Awards, developed a devoted fanbase in Canada and abroad, and now, like any Toronto success story, he wants to sell you some condos.

Simu Liu is collaborating with Capital Developments and Reserve Properties on their new 8 Elm on Yonge project, set to rise 69 storeys near the hustle and bustle of Dundas Square. 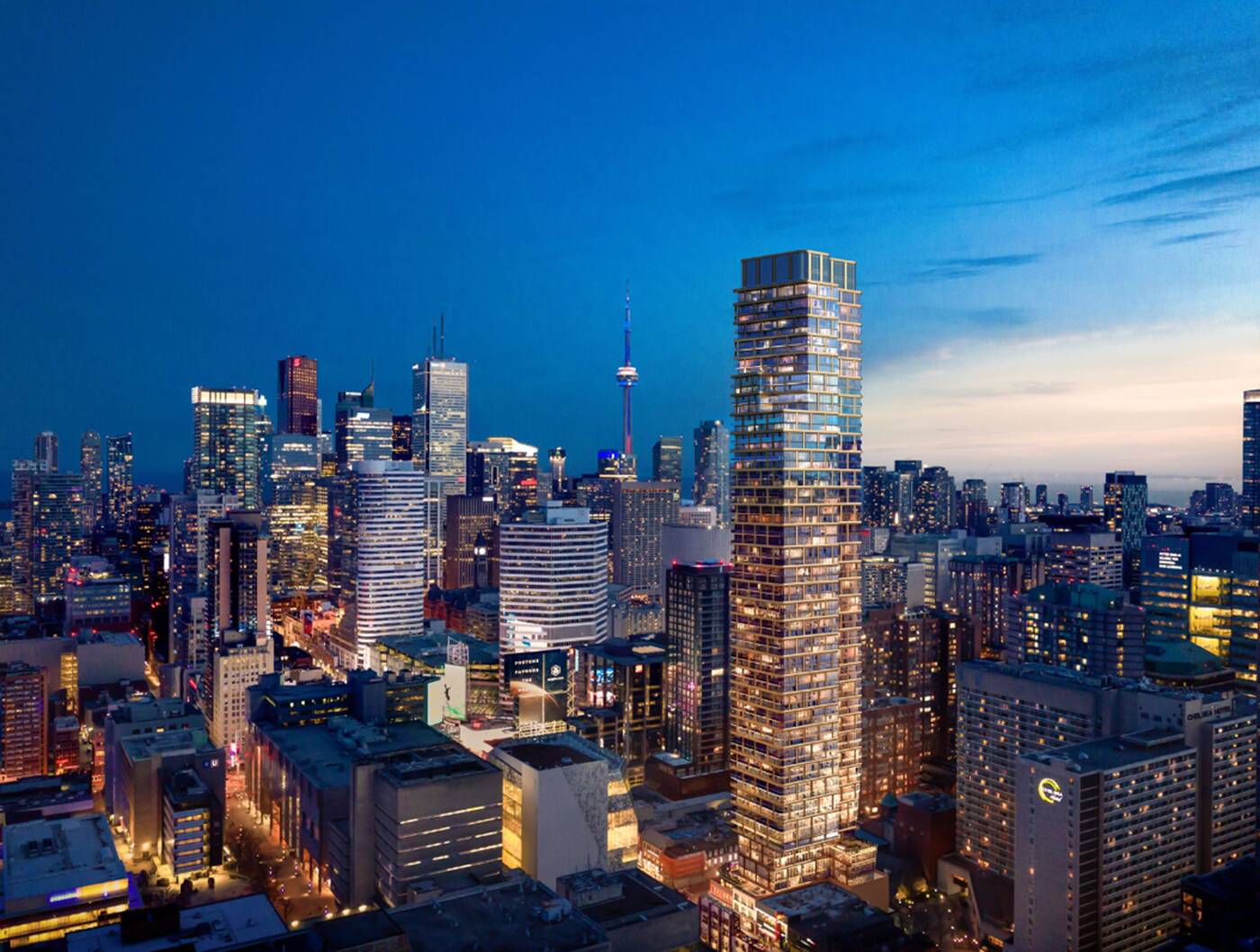 Liu is just the latest star to collaborate and lend his name to a condo project, following in the footsteps of other megastars to partner on city developments, including Robert De Niro and Pharrell Williams.

A press release issued Tuesday morning states that "Liu is lending his creativity to a team that includes architects IBI Group and interior design firm Cecconi Simone, to deliver a building that blurs the lines between residential living and hospitality, creating a space that looks and feels like a five-star hotel."

When pressed for specifics on Liu's involvement, Carlo Timpano, President, Capital Developments, told blogTO that "Simu is a design team member, helping select the palettes and materials for the suites, and providing feedback on the common areas," which will include approximately 26,000 square feet of indoor and outdoor amenity space.

"You will be able to see his influence pretty clearly in how vibrant the suites are – as details are released in the coming weeks. At Simu's specific request, we will also be collaborating on a sizable charitable initiative – details of which will come shortly."

Liu's input will pass through award-winning interior design firm Cecconi Simone, the team behind many of the city's most lavish condo lobbies and amenity spaces.

These "vertically stacked" spaces are set to include an outdoor terrace wrapping around the tower, indoor amenities like a fitness centre, games room, a co-working space, a 56th-floor amenity area with sweeping views known as the Sky Club, and family-friendly areas like a pet's spa and children's playroom. 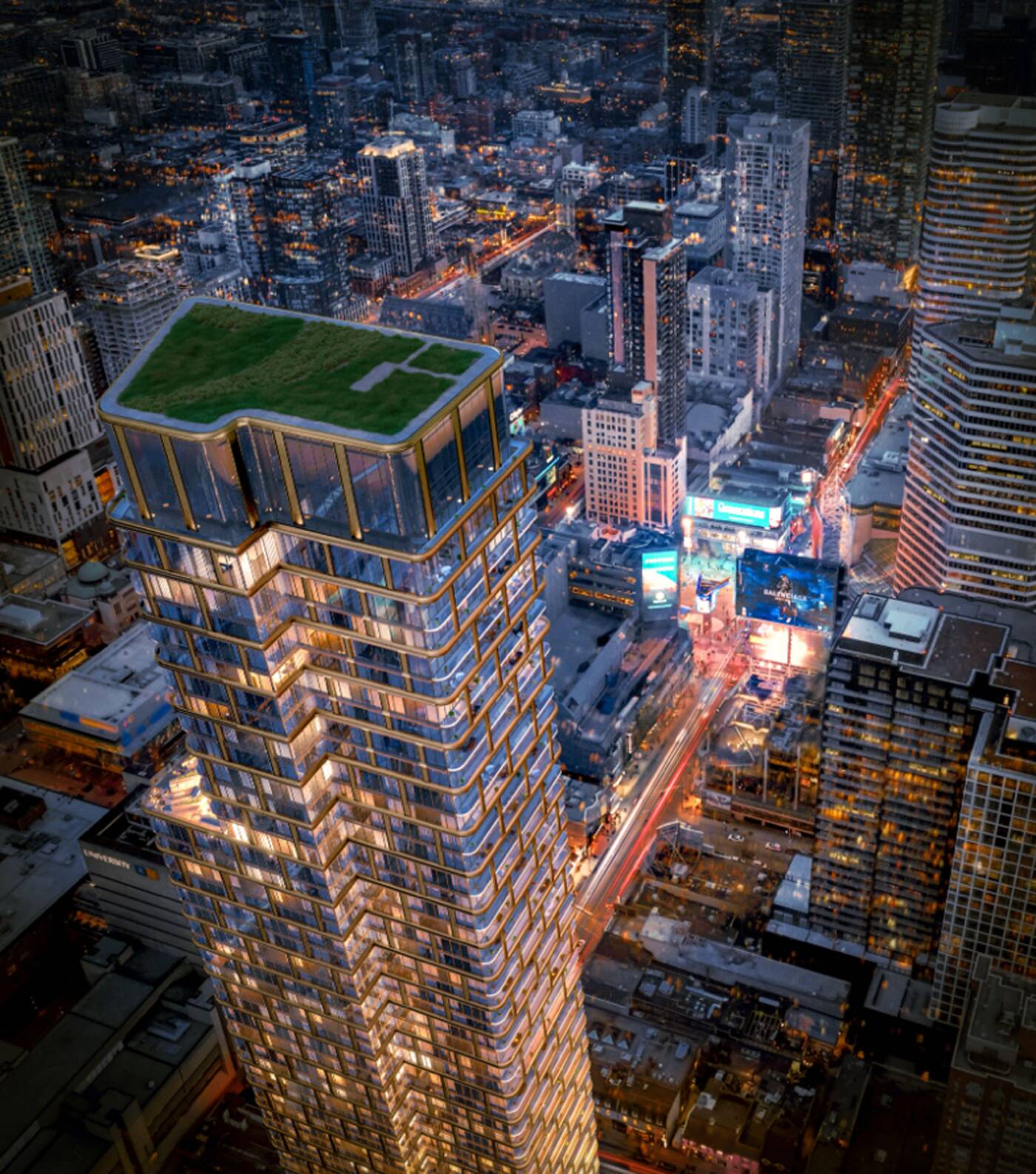 In a prepared statement, Liu says that he has "always believed that real estate developers have a responsibility to give back to the cities they build in. Having lived in the same Bay Street apartment for eight years, I know the importance of designing and optimizing every square foot of living space so residents can feel happy and relaxed in their homes."

"I'm extremely excited to be collaborating with Reserve Properties and Capital Developments on a landmark project for which we will be creating top-quality homes and amenities for residents, as well as a brand-new community space in a historic location that will benefit all Torontonians," says Liu. 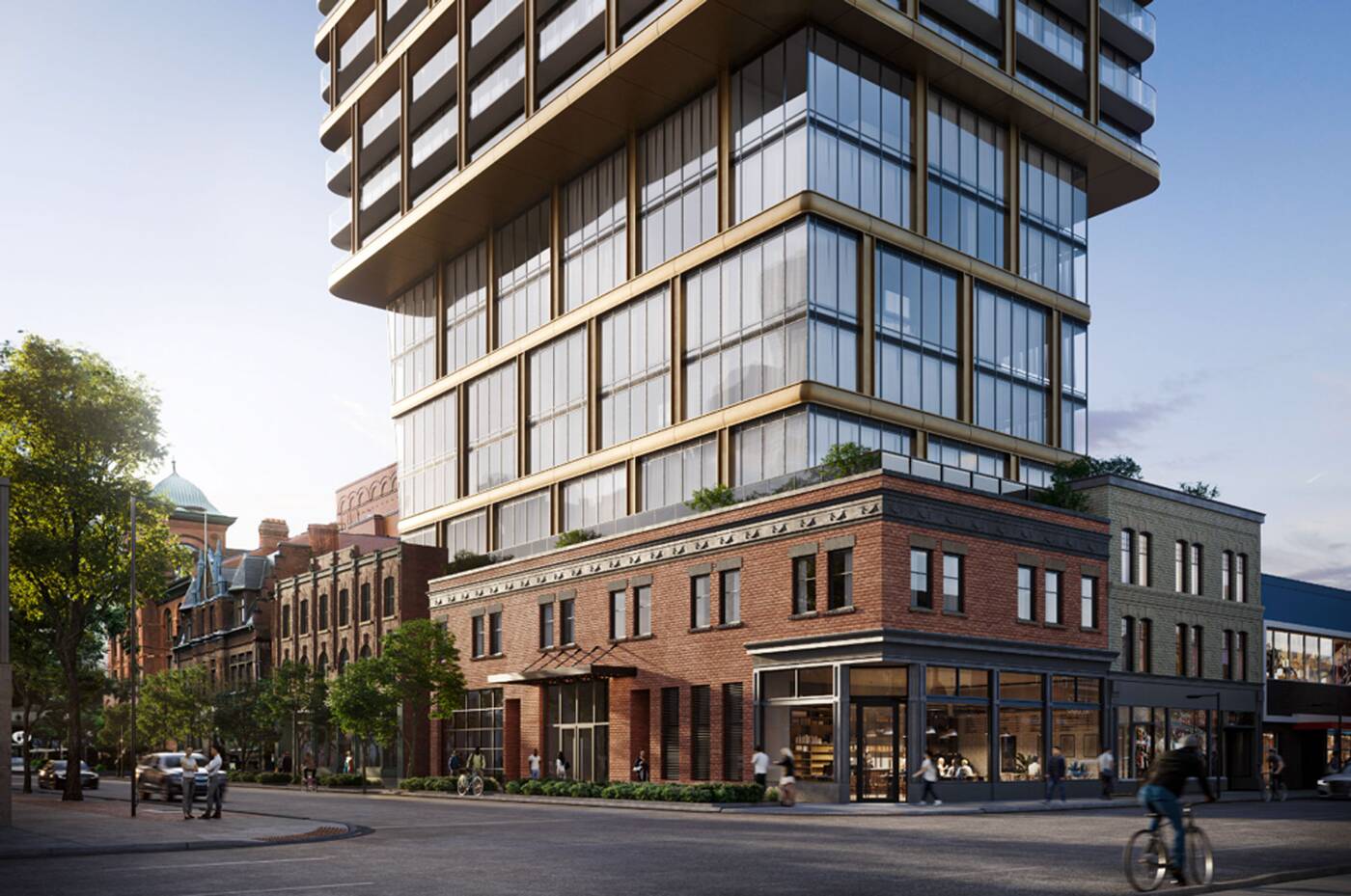 Carlo Timpano says that the new city-programmed community space planned for the tower base — spanning over 5,000 square feet — will be accompanied by "some exciting charitable initiatives" from the development team, a specific request made by Liu, who seems excited to give back to the city that thrust him into mainstream success.

As part of a new city-led push to mandate affordable housing in large developments, the project is touting its contribution of "several millions of dollars towards affordable housing and other community initiatives in the local area."