Toronto development applications often require refinements and redesigns to satisfy city planners, but few proposals have changed as much as a plan to bring a sky-scraping tower to 8 Elm Street, just west of Yonge.

Initially proposed as an 80-storey condo tower back in 2016, the developers upped the ante with an 84-storey version two years later. City planners were not pleased, and the project was ultimately resubmitted at a scaled-back height of 67 storeys, which was approved by the predecessor to the Ontario Land Tribunal in 2019, pending conditions.

Originally tabled by developer Pemberton, the site has since changed hands, and the project is now a joint venture partnership between Reserve Properties and Capital Developments.

New renderings landed in Sept. 2021 depicting the latest design from architects IBI Group, but it seems the project has changed its look once again in the few months since as the building moves closer to its final form. 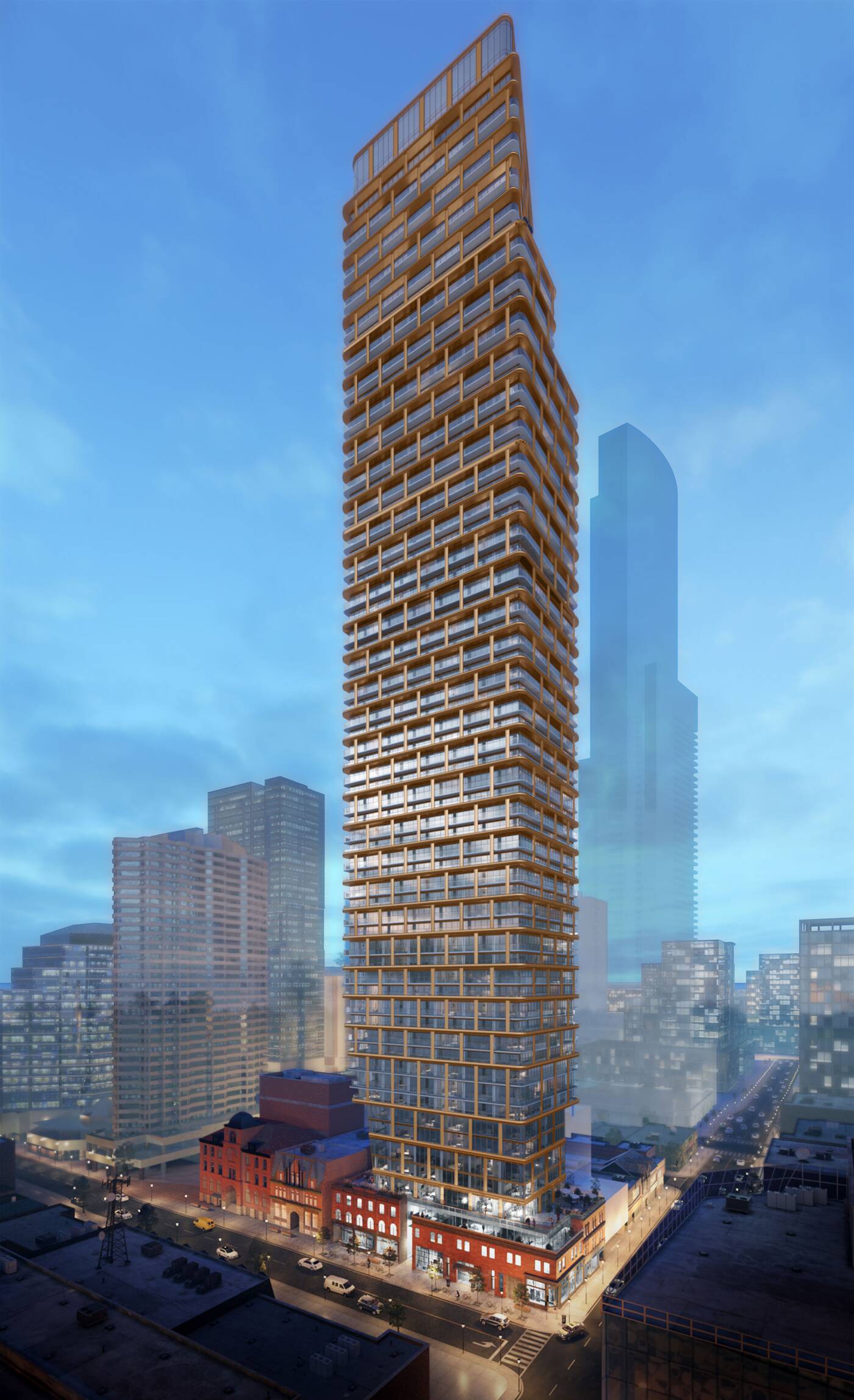 Looking northwest to the latest design for 8 Elm. Rendering by IBI Group.

Another submission with city planners shows off a new design replacing the previous look that the developers claim is "more referential to its context, and is heavily inspired by it."

The heritage buildings along Elm Street will be fully restored, while a large glass reveal section delineates the established low-rise forms below and the modern tower above.

While the new design retains some features of the previous digital dissolve pattern from 2021, such as the chamfered base, the exterior treatment has been fully reimagined in a palette of brushed champagne with an offsetting two-storey grid pattern featuring rounded corners. The upper-level massing has also been revised substantially, with new terraces created.

Down at street level, the tower base will include street-fronting retail, in addition to over 5,000 square feet of City-programmed community space.

Indoor spaces at 8 Elm will be appointed by interior designers Cecconi Simone, with the project team claiming that the spaces will be "inspired heavily by New York's doorman buildings."

Nothing comes without a price, though, and as with previous iterations of the proposal, the tower will displace a handful of businesses, including popular photo/video store Aden Camera, Taiwanese bubble tea shop Tiger Sugar, and Caribbean spot Patties Express.