People just about lost their damn minds when a developer proposed an 80-storey condo tower in downtown Toronto back in 2016 — plans revealed an ultra-tall, pencil-thin building at 8 Elm Street, just west of Yonge.

In its initial form, the proposal ruffled the feathers of city planners and the surrounding community, both parties seeing the ask as way too much for the site. Of course, the developers disagreed, taking things a step further with a revised 84-storey proposal in 2018 that added adjacent properties to the plan.

A protracted planning process led to mediation that resulted in the project being chopped down to a more realistic 67-storey height on a site expanded east to include properties along Yonge, approved by the Ontario Land Tribunal (then known as the Local Planning Appeal Tribunal) in 2019 pending some conditions.

This approval was followed by a 2019 submission packed with plenty of details about the revised proposal, though the visuals were limited to low-resolution drawings that only hinted at what's to come.

A recent application seeking approval for the project's final site plan details is now filling in the visual gaps for the IBI Group-designed condo tower, its plans recently having changed hands from original developer Pemberton to new owner Reserve Properties.

The project retains the expanded footprint of the 84-storey proposal, but with a much shorter height than envisioned in earlier stages. Rendering by IBI Group.

With a much larger footprint and lower height than initially envisioned, the project basically has the green light at this point. It's really only the finer points that are being resolved in this latest application, so the renderings presented here are pretty much what you can expect to see rise from this corner in the coming years. 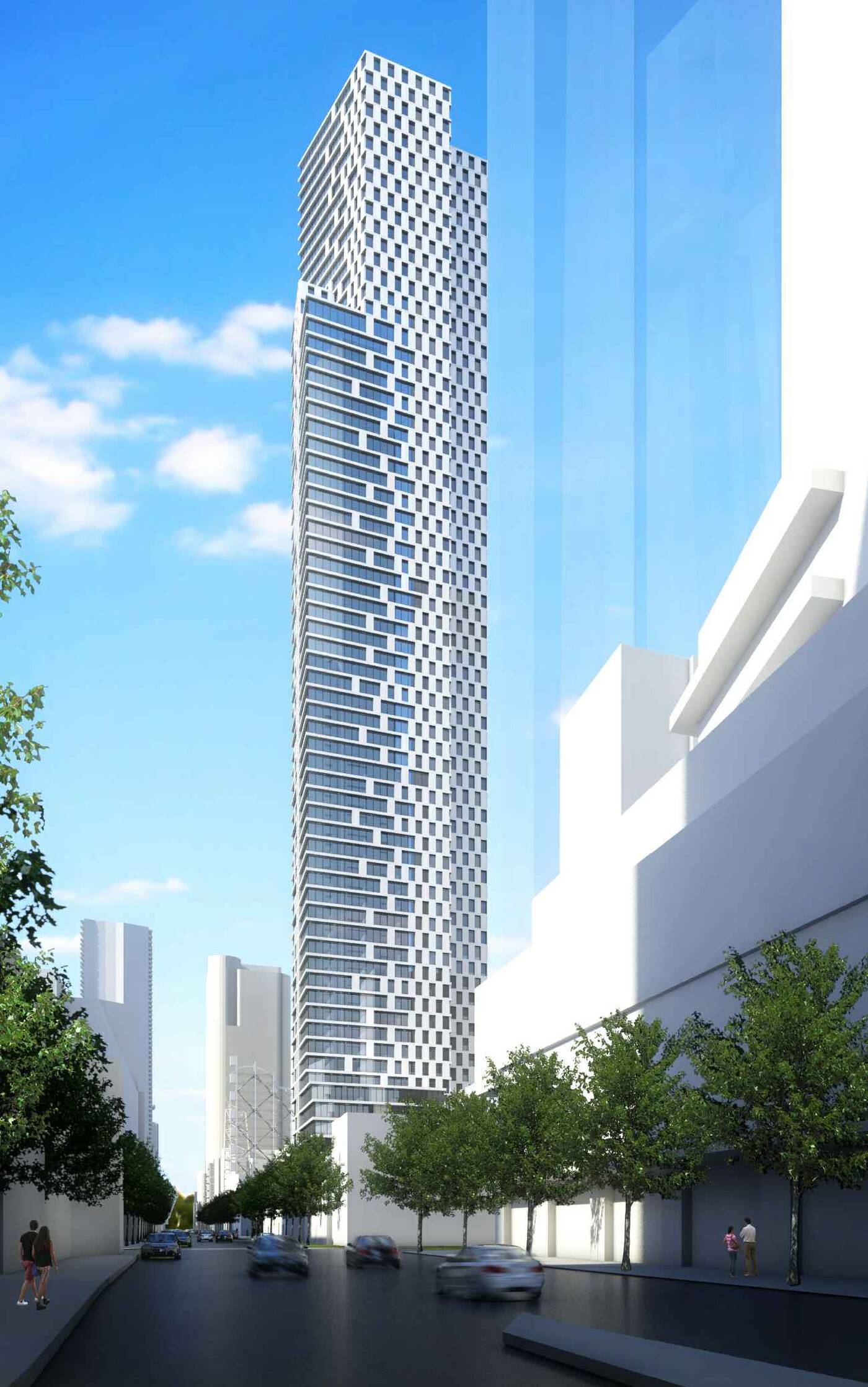 Even at a reduced 67-storey height, the tower would have a huge presence over Yonge Street. Rendering by IBI Group.

New retail and lobby space would be housed behind the preserved and rebuilt facades, while the levels above would contain 819 condominium units in a mix of 160 studios, 331 one-bedrooms, 246 two-bedrooms, and 82 three-bedroom units.

Some in the area might not be keen to learn the project is likely to proceed in or close to its current form, but with the condo flood gates are open, the Manhattanization of Yonge Street seems inevitable now.