Known worldwide for its syrupy, striped bubble teas and insanely long lineups, this chain has proliferated across Asia with more than 40 locations since it first launched in 2017. 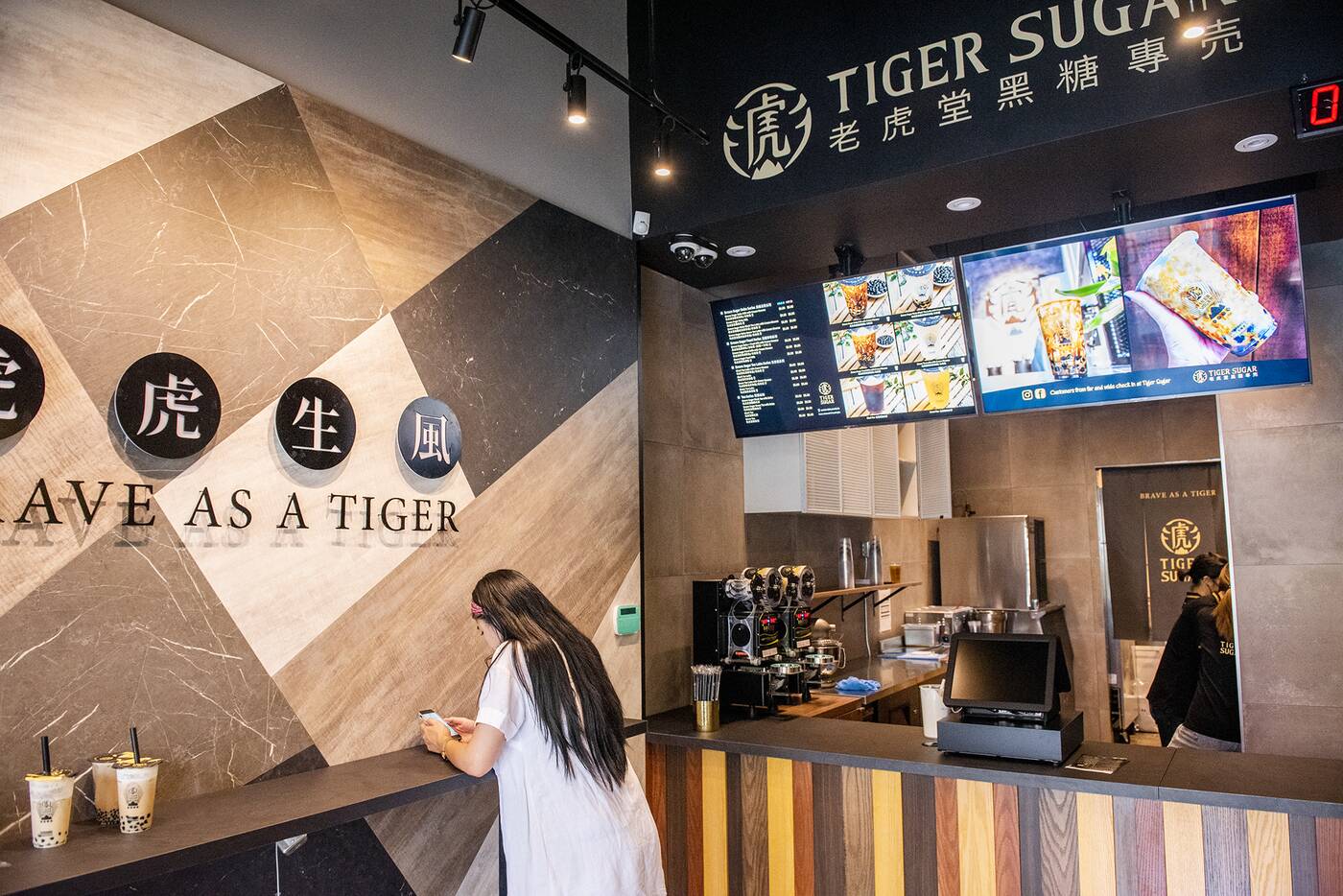 This shop, just steps from Yonge-Dundas Square, marks the brand's first location in Canada, taking over an old waxing salon in this overwhelmingly busy part of downtown Toronto. 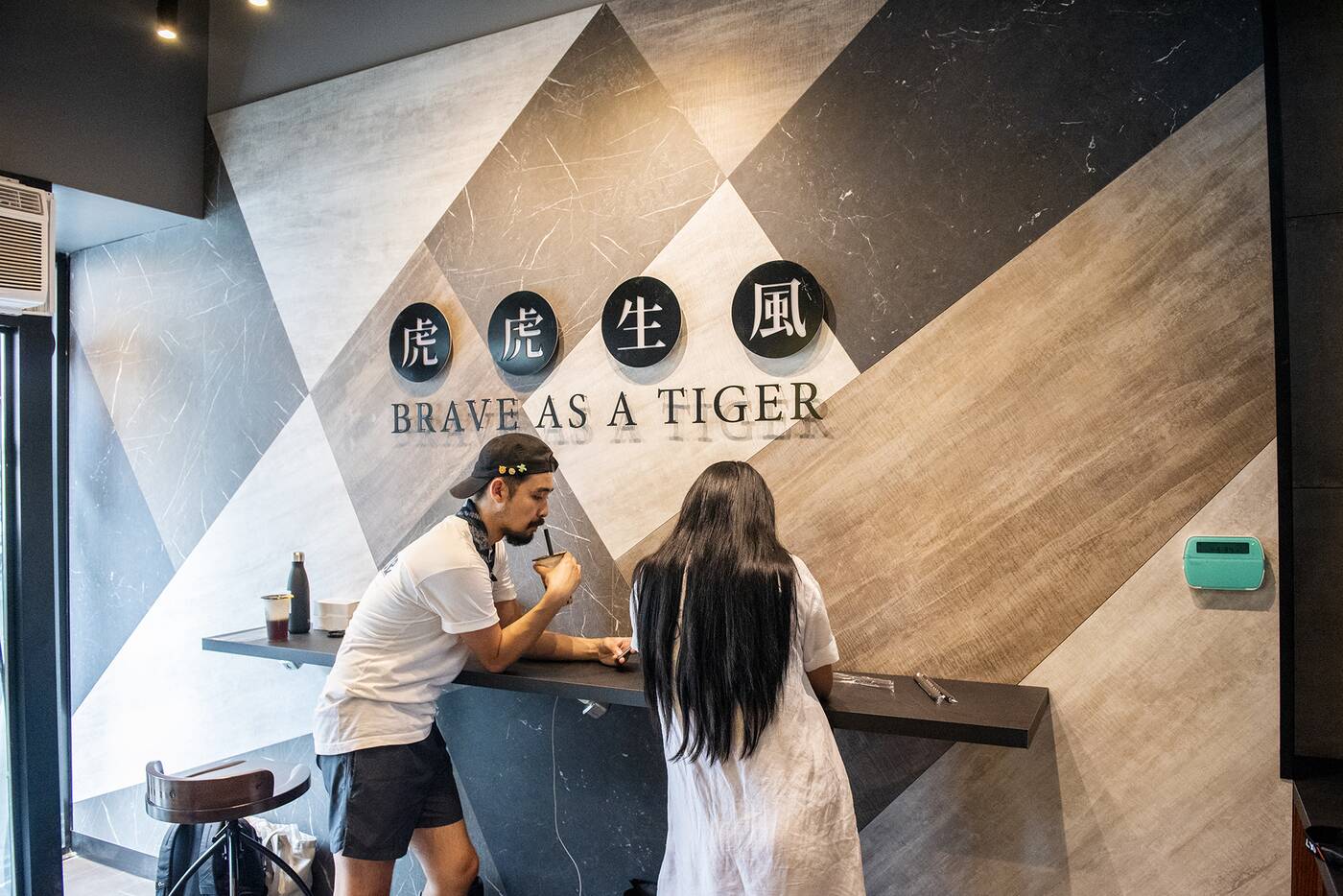 Like the rest of its franchises across Asia, the store here sports its signature 'Brave As A Tiger' sign and Chinese emblem on the walls.

Don't expect any fruity options: unlike most bubble tea shops, the menu here is pretty lean. 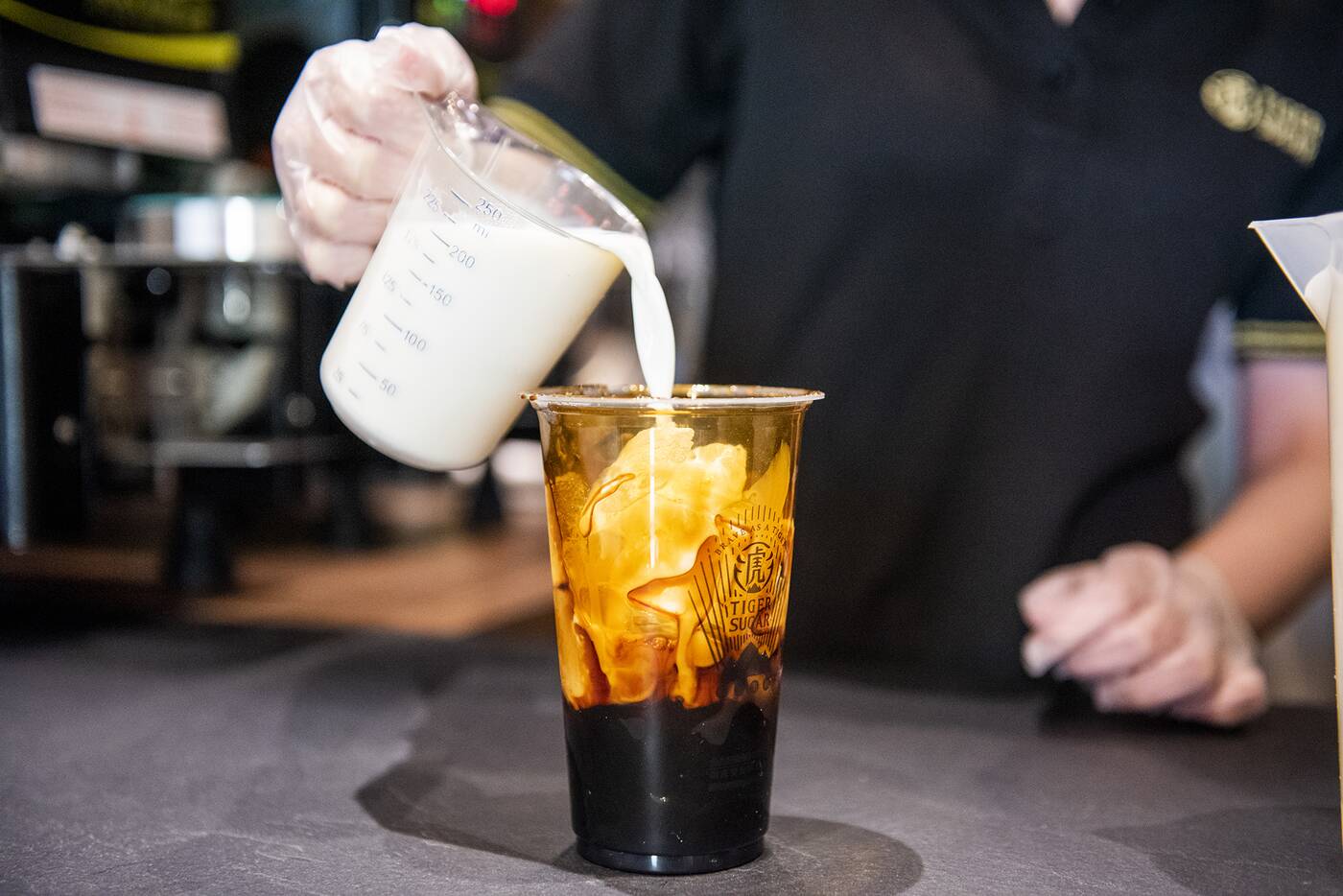 Drinks are made with precision. If you're getting something like the Brown Sugar Boba Milk with Cream Mousse ($6.50), the cup is coated with their signature brown sugar syrup, then weighed, to ensure consistency (though how much syrup exactly is a secret). 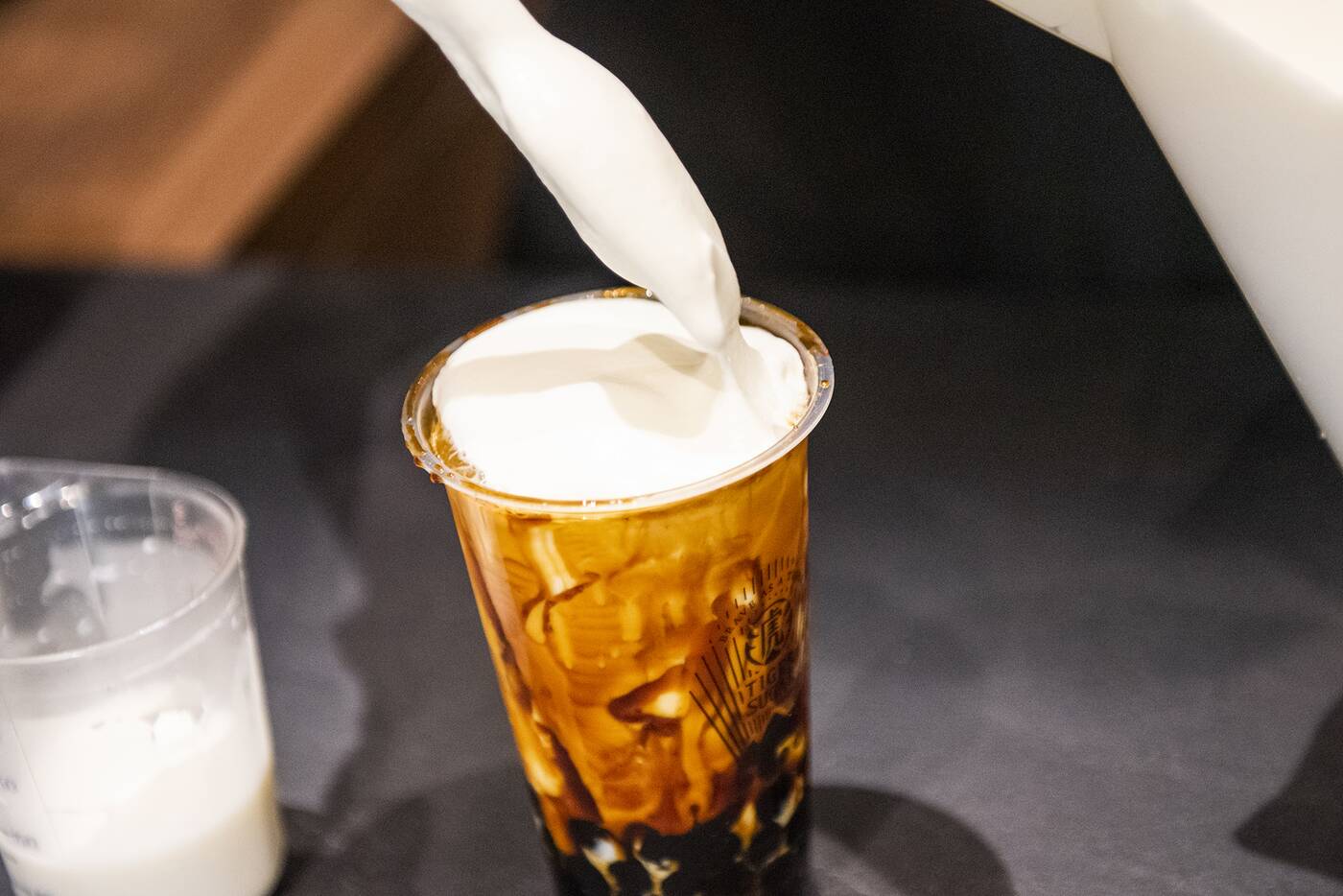 The boba—which are pretty big—are added, then milk. Dairy used here is from Canada, though in Asia, milk from the Japanese brand Meiji is preferred. Cream mousse is added as the last layer. 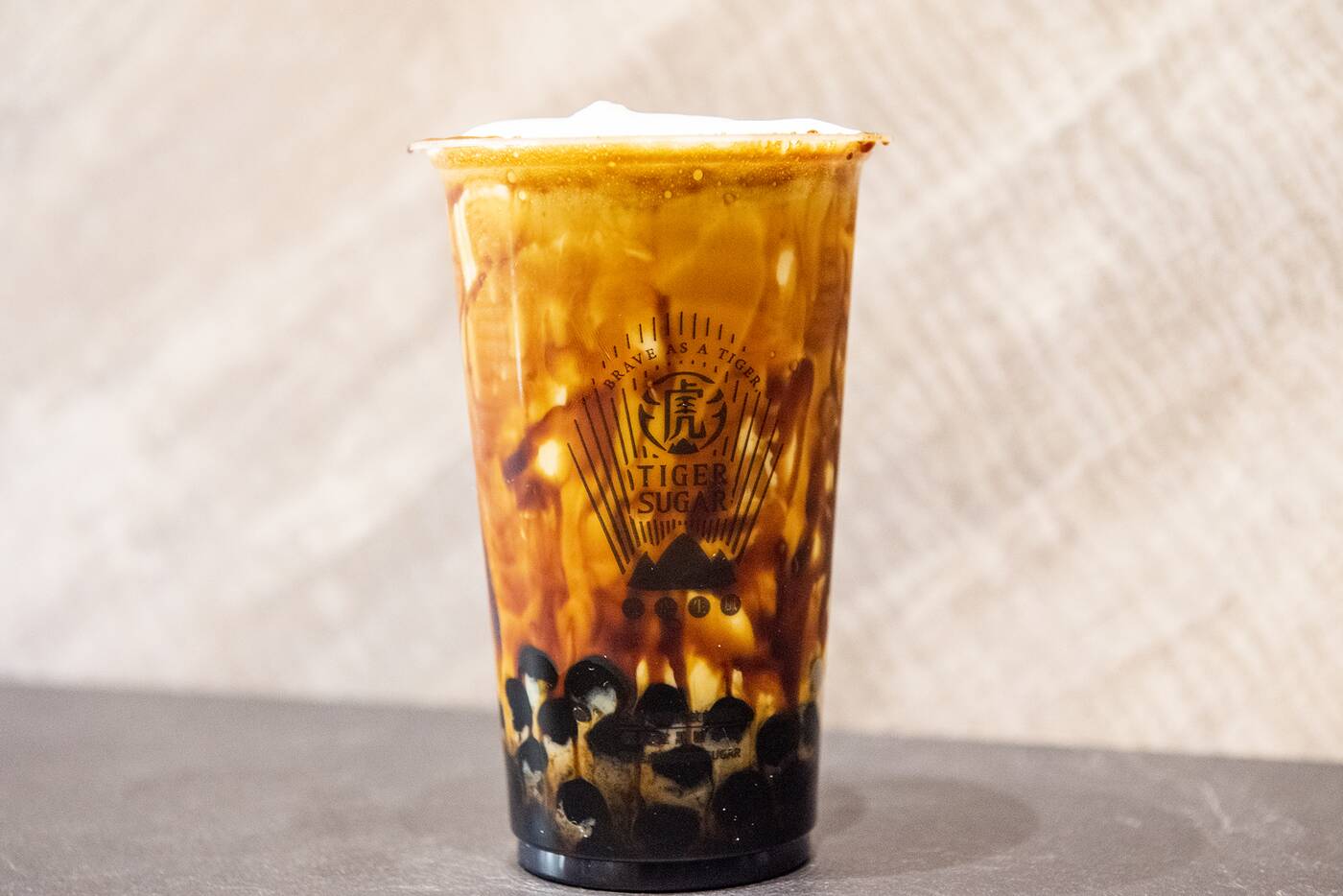 To get that streaky look that Tiger Sugar drinks are famous for, shake your drink—15 times, to be exact, though a sturdy seven shakes was good enough for me.

It's not too sweet, and the boba are soft, but still chewy. 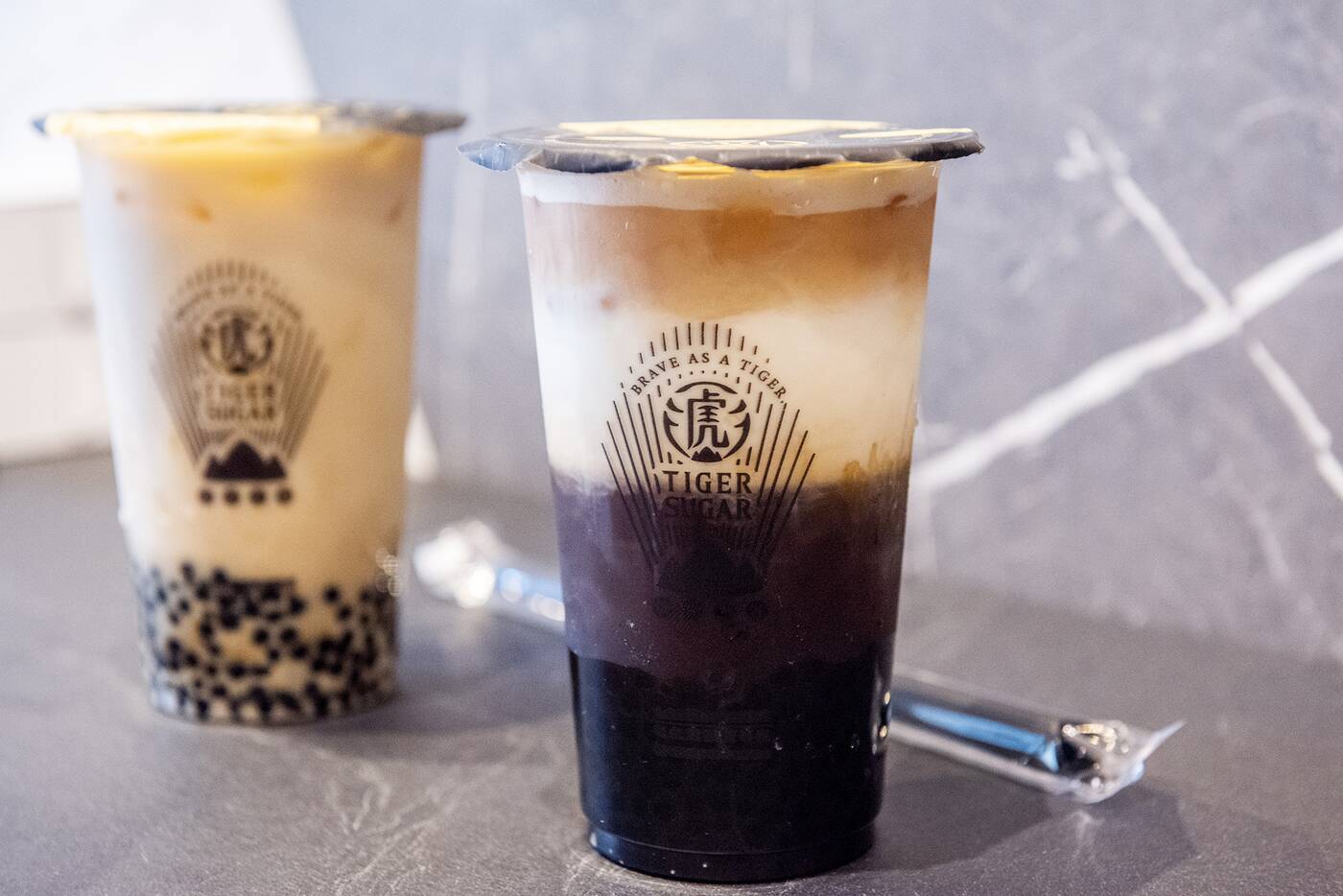 The Brown Sugar Pearl Milk ($6.50) is pretty much the same thing, but the pearls are way smaller than boba, something more akin to sago balls but made with tapioca. 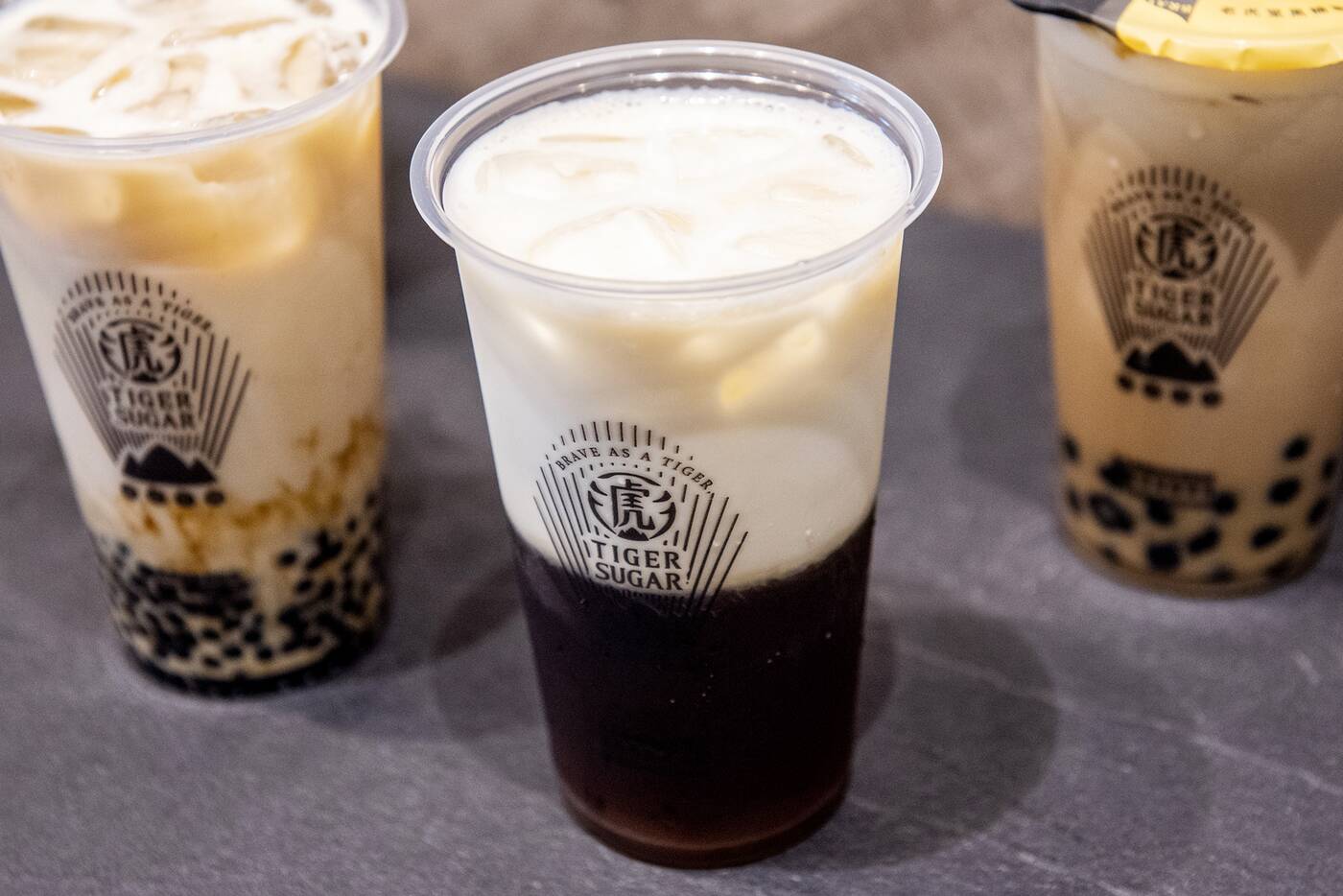 If you prefer more than just milk and brown sugar, there are tea lattes too, which use black or green tea bases for $6 each. You can get them with or without cream mousse. 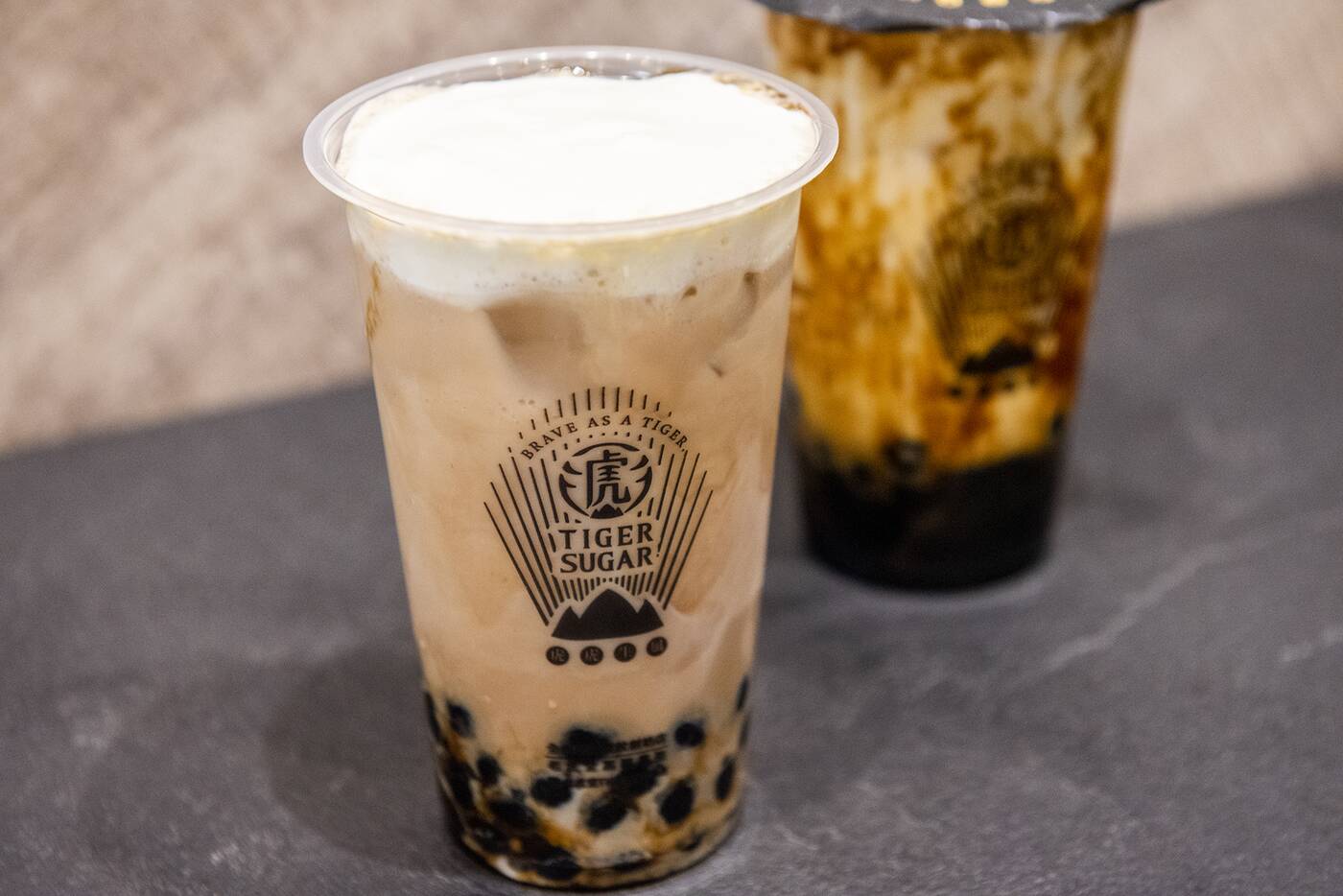 All the drinks are generally served with their layers intact—some might have two, others might have three—but everything pretty much looks exactly the same after you've shaken it up a bit. 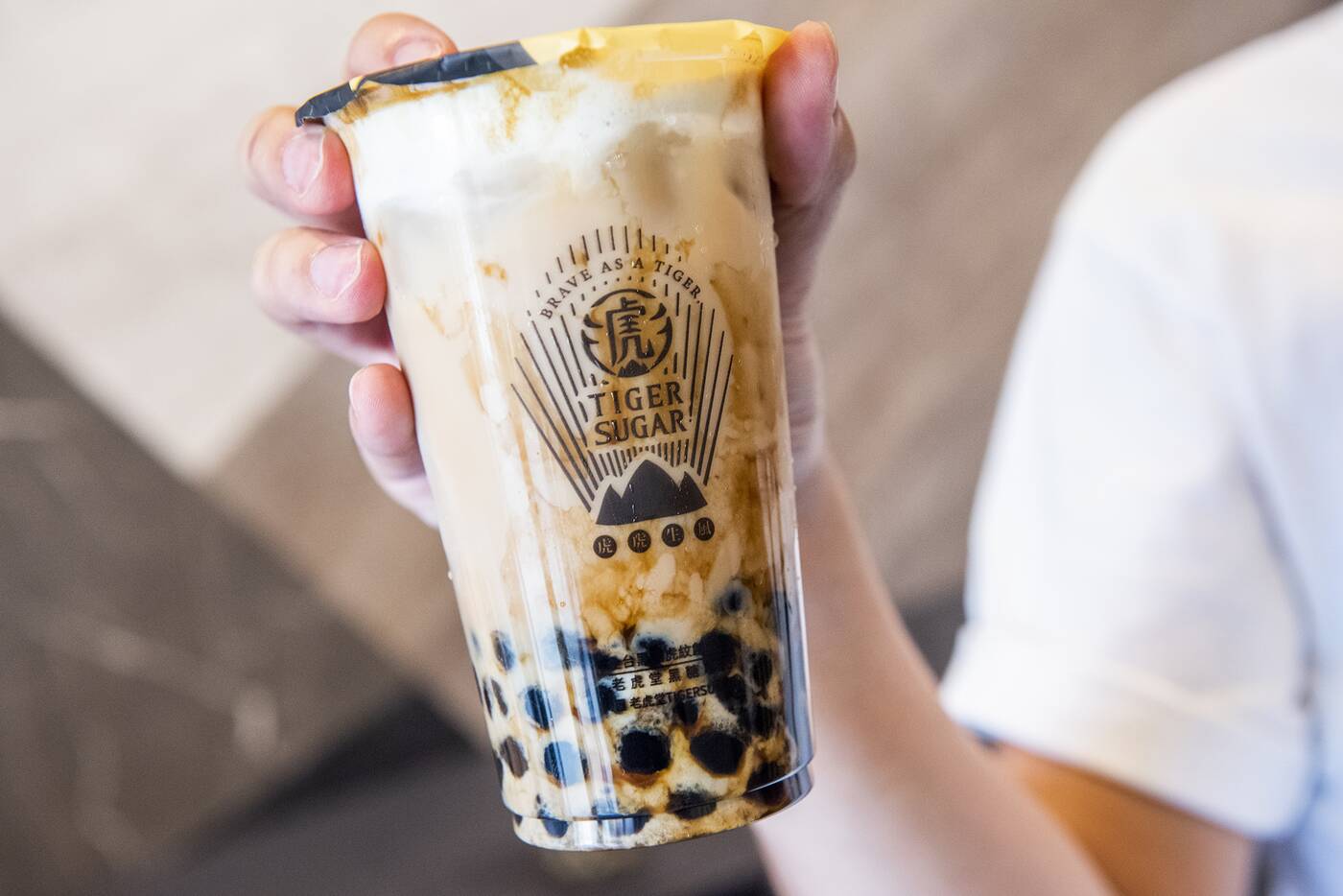 Conveniently located, Tiger Sugar is good, especially if you like participating in the boba zeitgeist (read: posting an obligatory picture of your hand holding the cup), and it helps the drinks are so photogenic, too. 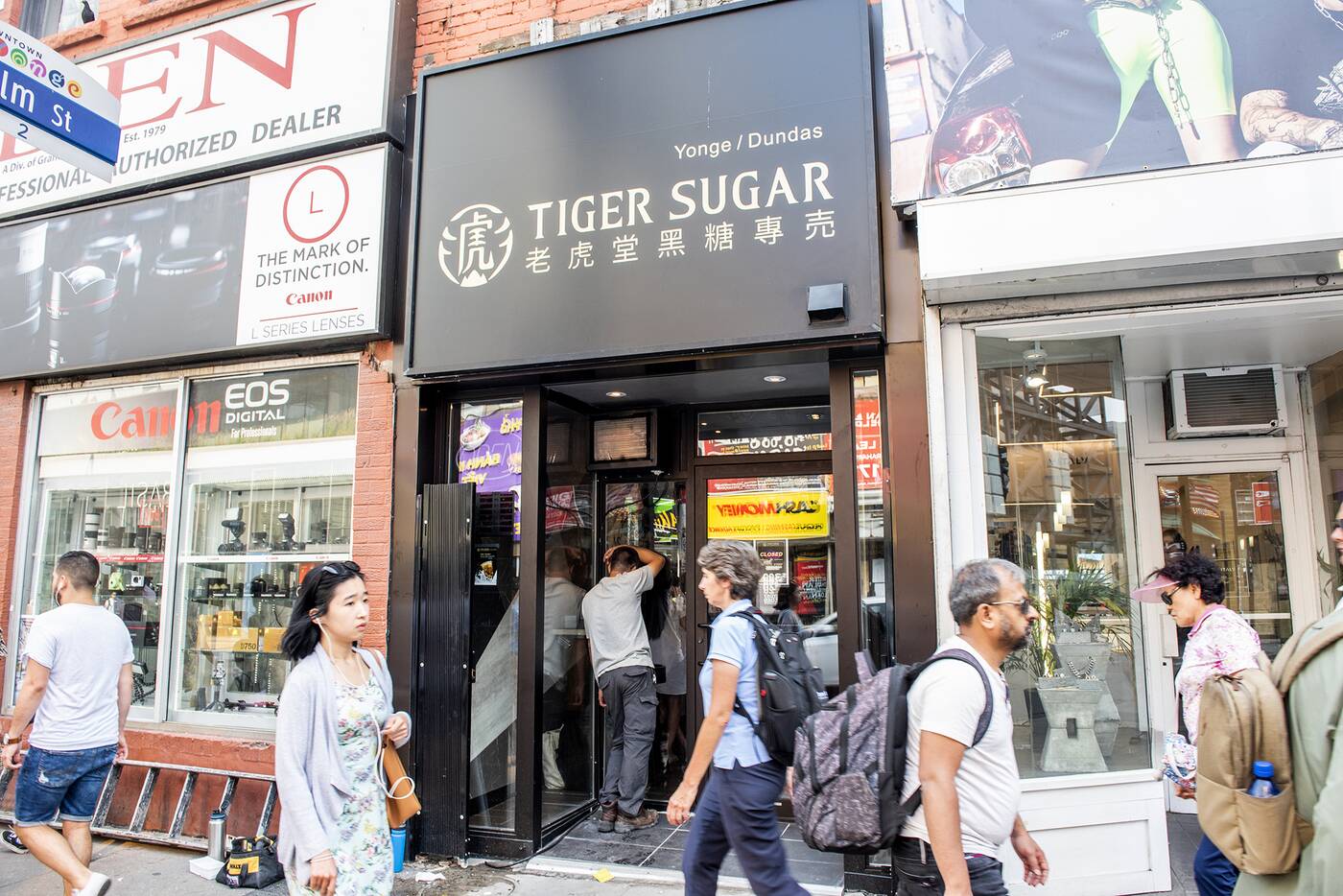