The long-overdue but nearly-complete Eglinton Crosstown LRT is already fostering a wave of intense development all along its route, some of the most drastic changes occurring along the eastern leg of the future Line 5.

A stretch of Eglinton between Laird Drive and the Don River has been shedding its auto-centric big box uses, exploding with new growth that will place thousands of new residents steps from the LRT.

And this stretch is only going to grow denser in the coming years, as another multi-tower development has been proposed at 849 Eglinton Avenue East, currently home to the Mercedes-Benz Midtown dealership.

Developer Pemberton Group — associated with the Muzzo family that has once again been making headlines — plans to replace the dealership with a complex comprising two primarily condominium towers, a mid-rise office building, a new public park and a private road.

Designed by architects BDP Quadrangle, the complex would add to a growing cluster of large-scale developments with its own unique flavour, meeting the street with playful cantilevered arches finished in brick.

The tallest tower would rise 32 storeys above Eglinton Avenue and contain a mix of commercial and residential condo space. A 21-storey condo tower would rise to the south at the site interior, next to the proposed park and road. A six-storey office building would front Vanderhoof Avenue at the south end of the site. 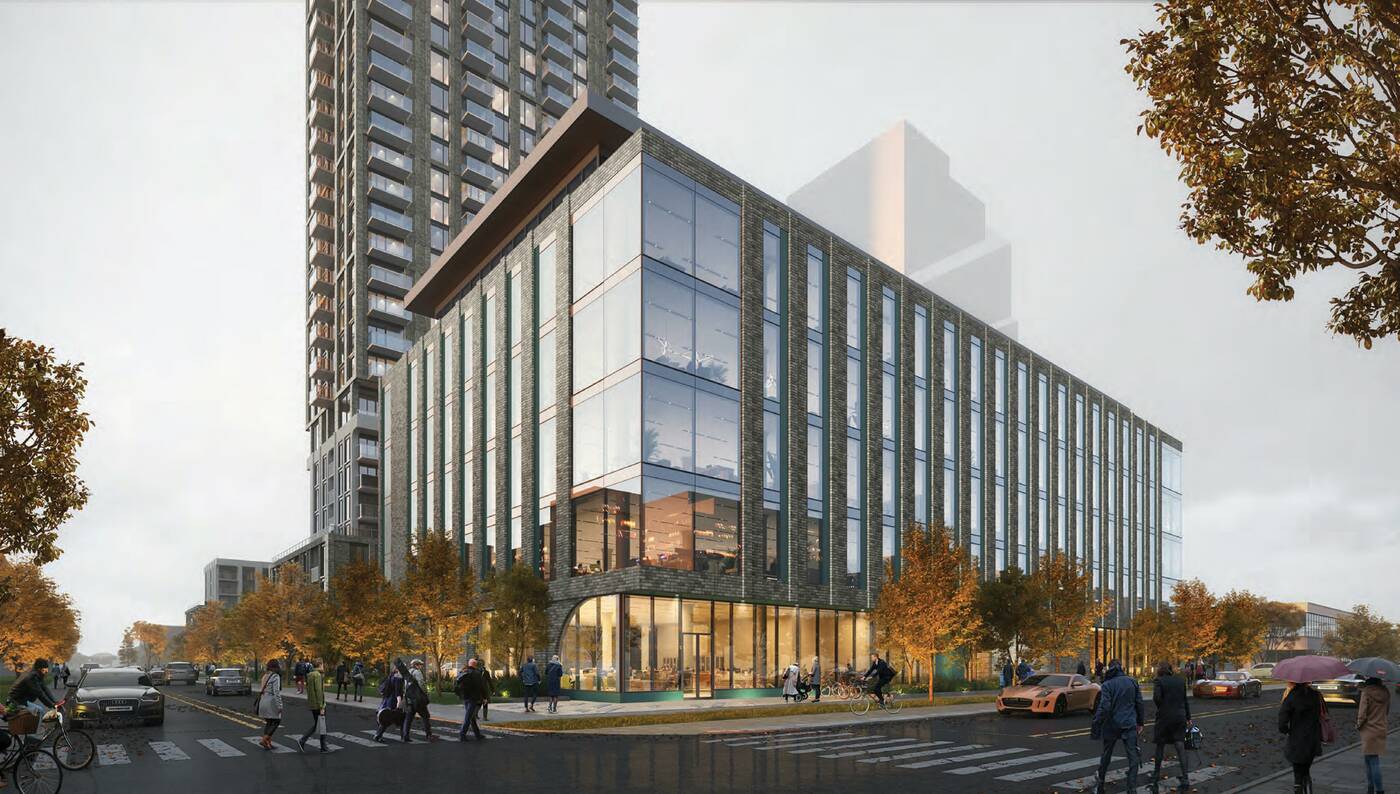 It proposes approximately 59,760 square metres of floor area, mostly dedicated to residential at around 48,370 square metres. This includes 747 condominium units in a mix of 26 studios, 256 one-bedrooms, 226 two-bedrooms, and 76 three-bedroom units.

The 10,562 square metres of office would be concentrated in the six-storey building at the south end of the site, while the ground floor of the tallest tower would house 828 square metres of retail space along Eglinton spread across four retail units.

As part of the proposal, the area would benefit from a new 650 square metre public park along the site's west edge, located at the northeast corner of Don Avon Drive and a future private road. Its location would allow it to function as an extension of the adjacent ground-floor amenity area planned for residents. 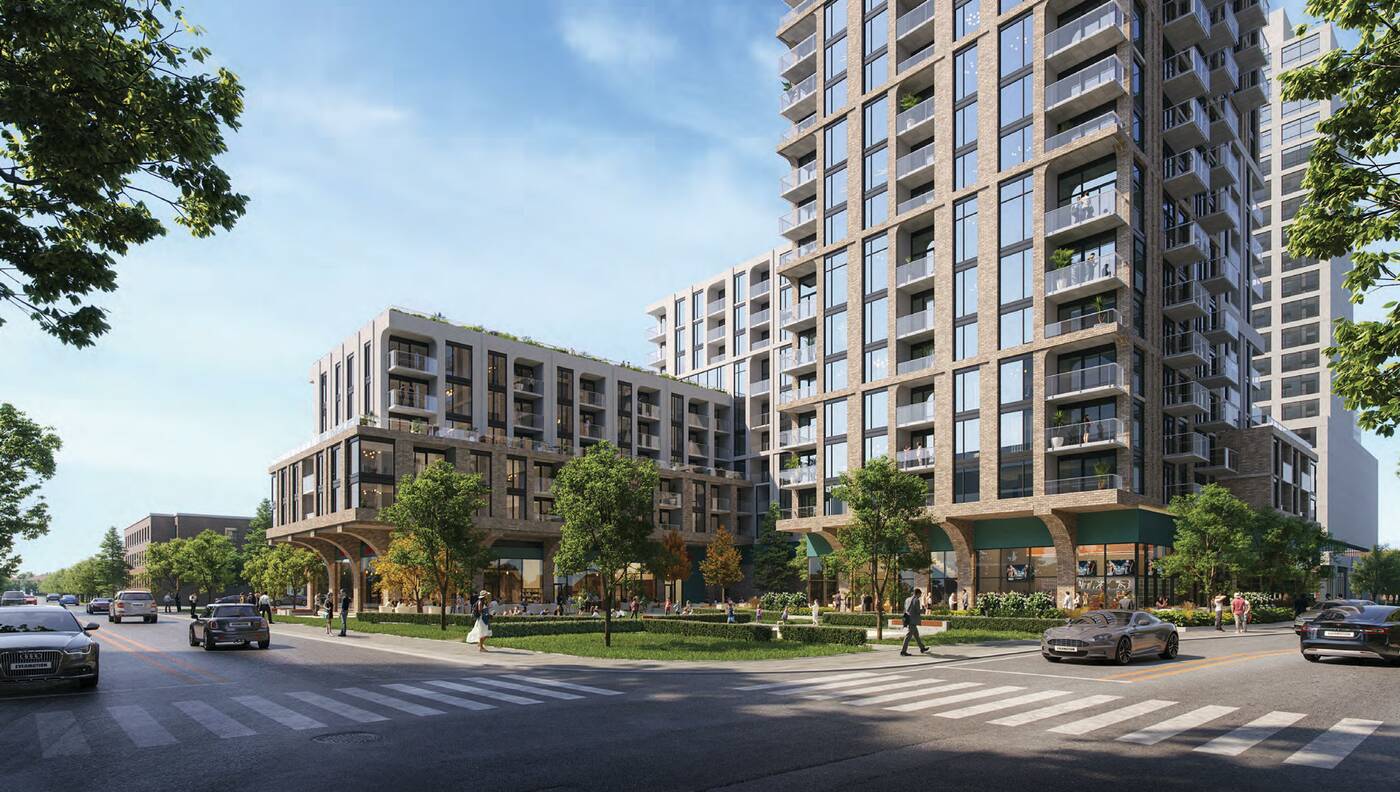 A park design pictured in renderings features paths, benches, trees, hedges, and other plantings, though documents make it clear that this is a preliminary plan.

In these documents, a planning firm representing the developer states that the owner is willing to work with the city to design the space and complete the build-out in exchange for credit toward city development charges.